Do you have an adolescent in your home, and suspect they are suffering from depression? Here are some warning signs to note.

Adolescence is a tricky stage in someone’s life. When you think back to your teenage years, you realize you were going through very many changes at the time, some that brought you joy, and others that stressed you.

With all the changes that occur, it is not a surprise to find out that many teens are struggling with depression, mostly in silence. It is not different from adult depression, though you need to remember that the signs will not manifest in the same way as that of an adult – mainly due to the developmental and social challenges they face. If you have a teenager and are suspecting they are going through it, it is important to know the signs so that you can help them more effectively. 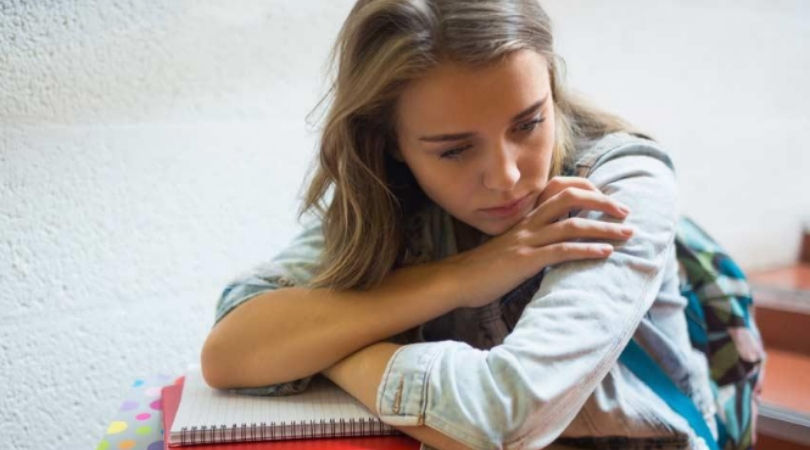 The onset of teen depression is similar to that of adults. The changes in their mental and physical state give them increasing anxiety and stress, especially if it is combined with social pressure and school pressure. The illness ends up affecting various aspects of their life, including the family, social, school, personal and work life, which increases social isolation.

As a parent, you need to remember that depression is not a phase they can ‘snap out of’ or cheer up. It is an actual condition that affects their life in all ways unless it is dealt with effectively.

According to the journal American Family Physician, an estimated 15 percent of children and teens will experience some form of depression, and they already have it. It can be a challenge to try and pinpoint whether your child has depression, mainly because it is similar to the emotional and mental changes that occur during puberty.

There is a difference though if you think about it. Depression is not just a general disinterest in school or boredom and moodiness. There are some signs to watch out for, according to data from the AACAP (American Academy of Child and Adolescent Psychiatry).

They include changes in weight or appetite, frequently appearing irritable, tearful or sad (even for no reason), decreased energy levels, challenges in concentration, and decreasing interest in the hobbies and activities they found pleasurable before. Others include major and drastic adjustments in sleep habits, regular feelings of worthlessness, contemplating suicide, worsening performance in school, and withdrawing from all social activities.

As a parent, it is concerning to see your child going through these signs, but it is important not to jump to conclusions quickly – they may not always be signs of depression. For instance, the appetite change is a normal thing of being a teen, especially because of growth spurts and increasing energy needs if your child is involved in sports activities. You should remain as keen as possible though – they may not always tell you what is happening to them, or they may not know what is going on.

What is the cause of Teen Depression?

There is no definite cause, unfortunately. It is more of a combination of several factors, which are included below.

Alteration in the Brain

Science confirms that the brain of an adult and that of a teen are not the same, as the teen brain is still undergoing significant changes in its development. A teen who is suffering from the illness has even more changes in the structure of their brain, mostly due to the differences in hormones as well as neurotransmitters.

Neurotransmitters are mainly responsible for how the nerves and cells of the brain communicate with each other, and they have an essential part in the regulation of behavior and moods.

Going Through a Traumatic Event Early in Life

Children have very poor mechanisms of handling traumatic events, especially when they happen early in their lives. That means that any event that occurs in their lives, whether it is to them or someone else close to them, will always leave a lasting impression.

These include going through physical, sexual or emotional abuse, as well as losing a parent; all these will leave long-lasting effects in their minds and contribute to depression even many years later.

Depression has a genetic component as well, according to research findings. If your parent has it or had it, it can pass down to the children.

However, this is not always a guarantee, although the chances are higher if more than one family member suffered from depression (especially in the case of the parents, more so than distant relatives).

Depression has a biological cause, but can also be influenced by the environment around a person. When a teen has been exposed to negative thinking patterns especially from childhood, they can grow up thinking nothing is going to work out for them.

This can make them feel helpless and unable to find the will to overcome their challenges, which increases the chances of developing depression.

If you are suspecting that your teen has depression, it is very important to take them to a psychologist or psychiatrist and have them undergo an evaluation. This involves asking the teen various questions regarding their thoughts, moods, and behavior.

If the teen meets the criteria that are stated in the DSM (Diagnostic and Statistical Manual of Mental Disorders), this means they have been diagnosed with depressive disorder. It also includes that they must have experienced the symptoms of depression for a minimum of two weeks.

These signs include reducing the ability to concentrate or think, increasing agitation that others have noticed, the depressed mood for all or most of their day, and fatigue. They can also experience reducing interest in all activities, persistent thoughts of death, extreme guilt or feeling worthless, having excessive sleeping or insomnia issues, and getting excessive weight gain or loss unintentionally.

Depression cases in a teenager are not easy to spot, especially when you do not examine the signs keenly. This leads many to suffer in silence, but it does not need to happen this way – when they get proper teen mental health treatment, they can live a fulfilling life.

How to Turn Unrequited Love into Mutual Feelings?

How to Register and Become an E-Commerce Seller on Flipkart?