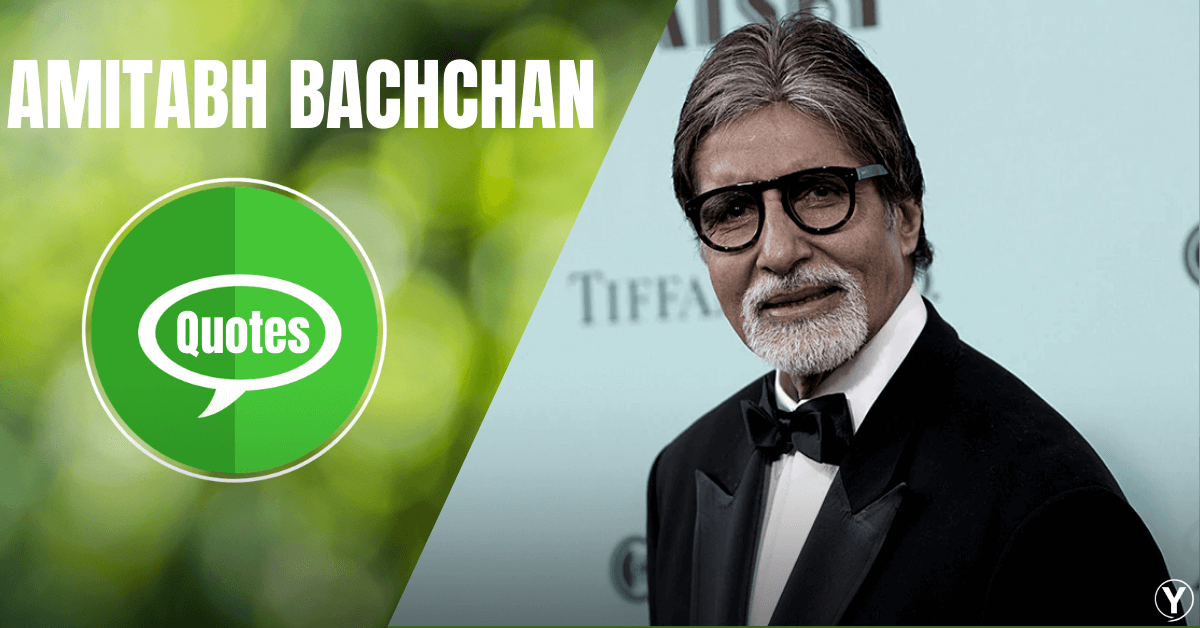 The greatest actor of the century, Amitabh Bachchan is a famous Indian film actor. He is known for his undoubted acting and his great contribution to the Indian Film Industry. Besides a famous actor, he is renowned for a dedicated film producer, television host, occasional playback singer, and former politician.

Amitabh Bachchan – Star of the Millennium

Amitabh Bachchan was born on 11th October 1942, in Allahabad. His father, Harivansh Rai Bachchan, was a Hindi-speaking Kayastha Hindu poet, and his mother, Teji Bachchan, was a social activist. Initially his name was Inquilaab Srivastava. Later on he was given the name Amitabh Bachchan. His father died in 2003 and his mother in 2007. Mr. Amitabh Bachchan is a renowned alumnus of Sherwood College, Nainital. Later he attended Kirorimal College, University of Delhi. He married actress Jaya Bhaduri. And then blessed with loving children Abhishek Bachchan and Shweta Bachchan Nanda.

Amitabh Bachchan gained stardom in the early 1970s from films such as Zanjeer, Deewar, and Sholay. He has been titled with numerous names like “Angry Young Man”  for his on-screen roles in Bollywood. He was referred to as “Shahenshah of Bollywood“, Star of the Millennium, and Big B. To date he has been cast and appeared in more than 190 Indian Films in a career span of almost five decades. 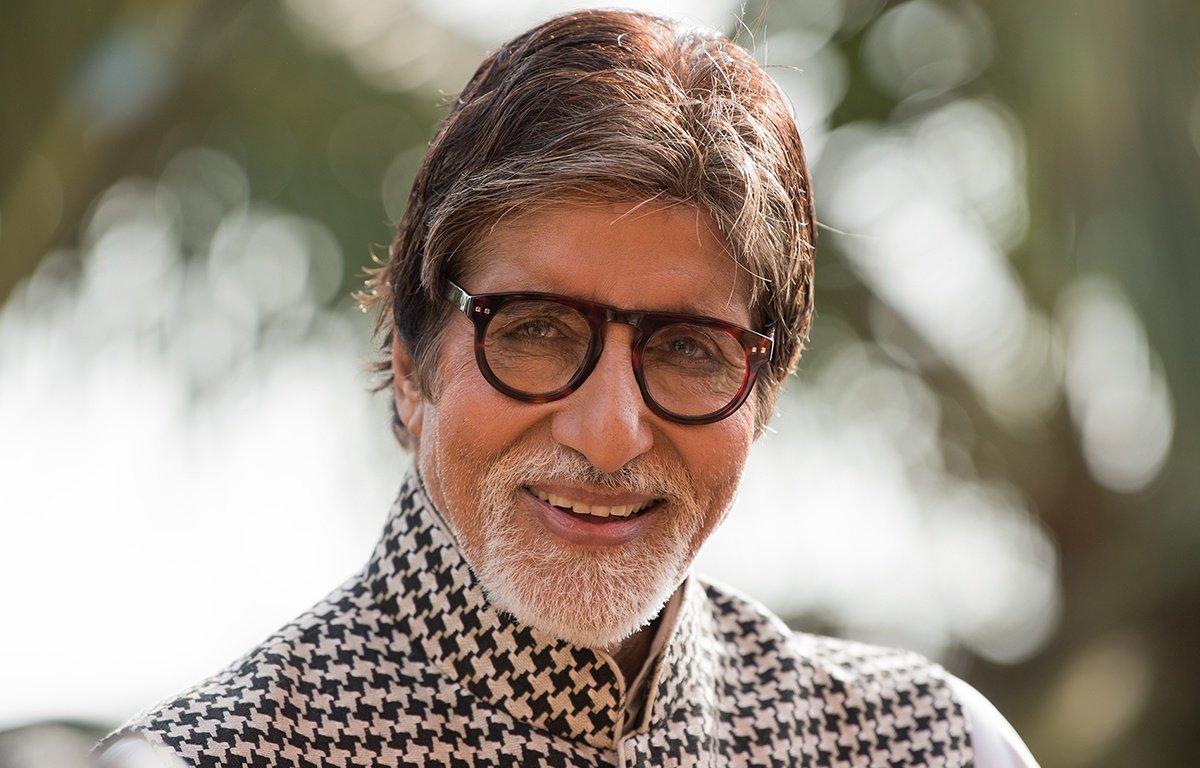 Amitabh Bachchan is considered one of the greatest & influential actors in the history of Indian Cinema. He is popularly recognized and respected today almost all over the world. He made his appearance in Hollywood movies as well such as Baz Luhrmann’s The Great Gatsby.

So if you are also influenced by this charismatic personality, then check out this heart-touching Quotes by Amitabh Bachchan.

“Make your own choices in light of your own wisdom.” ― Amitabh Bachchan 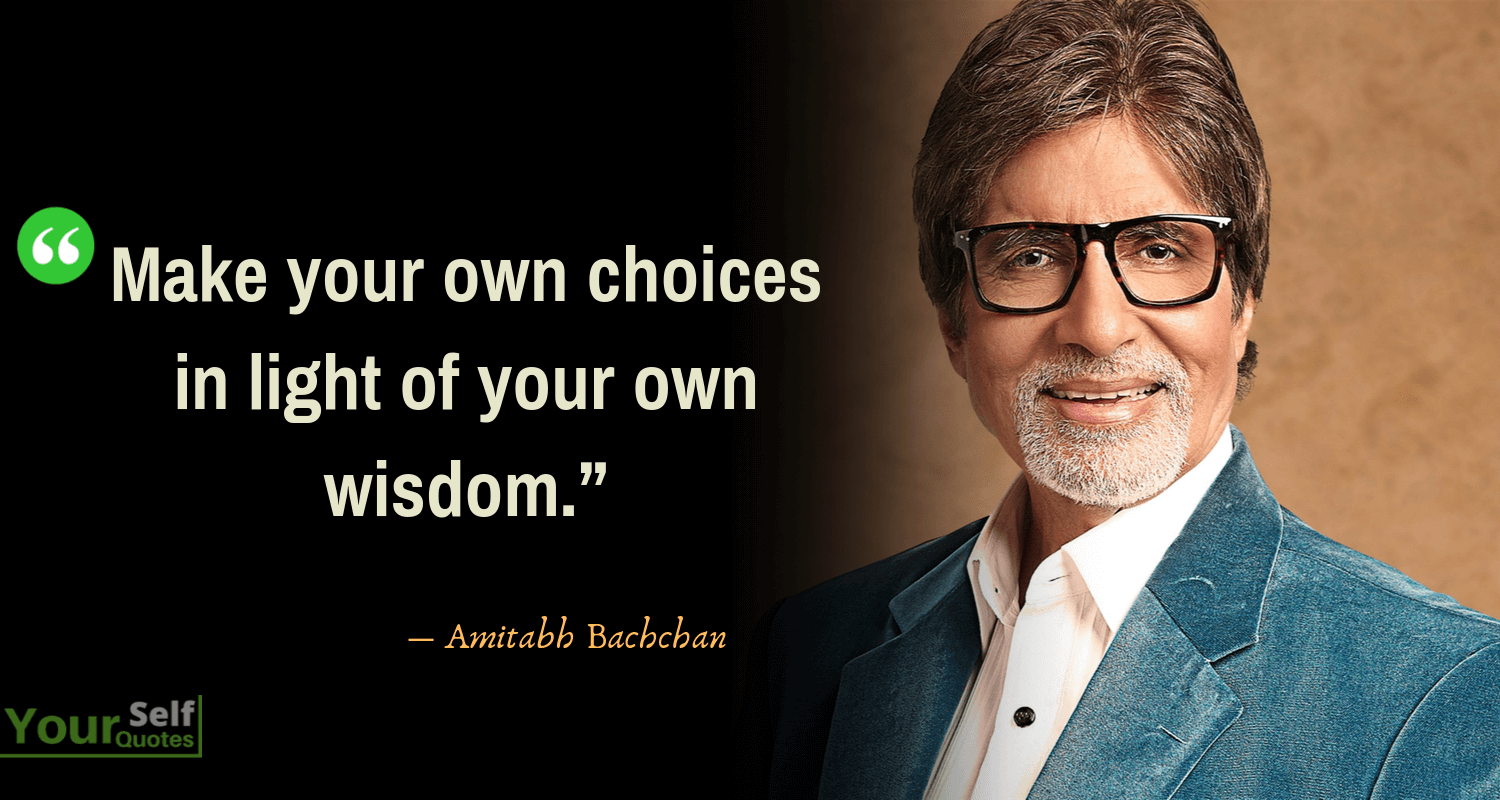 “Change is the nature of life but challenge is the future of life. So Challenge the changes. Never Change the Challenges. ” ― Amitabh Bachchan

“Only two things are infinite , the universe and human stupidity. And I am not sure of the former.” ― Amitabh Bachchan 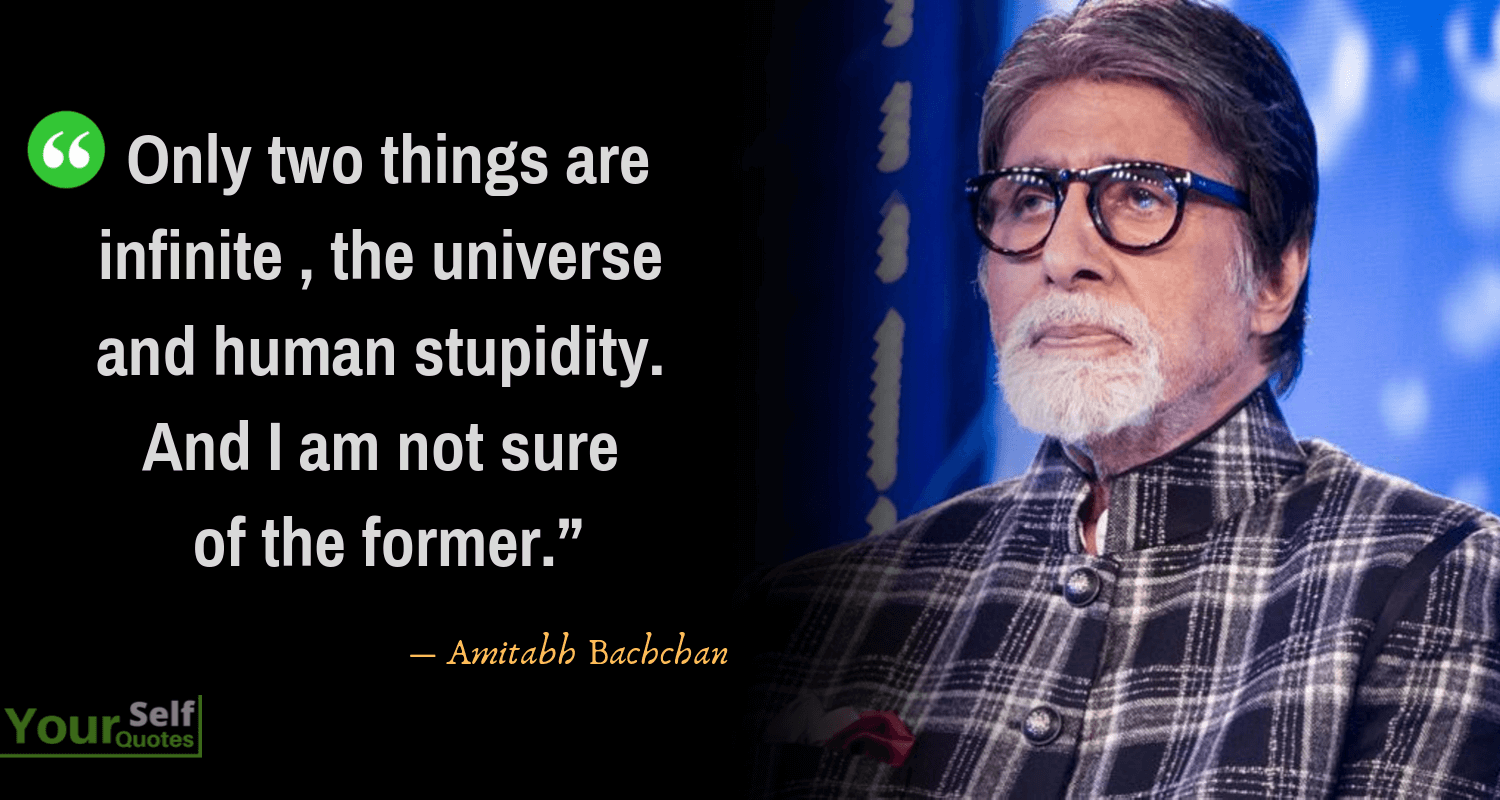 “Bad times either destroy you or make you strong enough to be who you actually are.”― Amitabh Bachchan 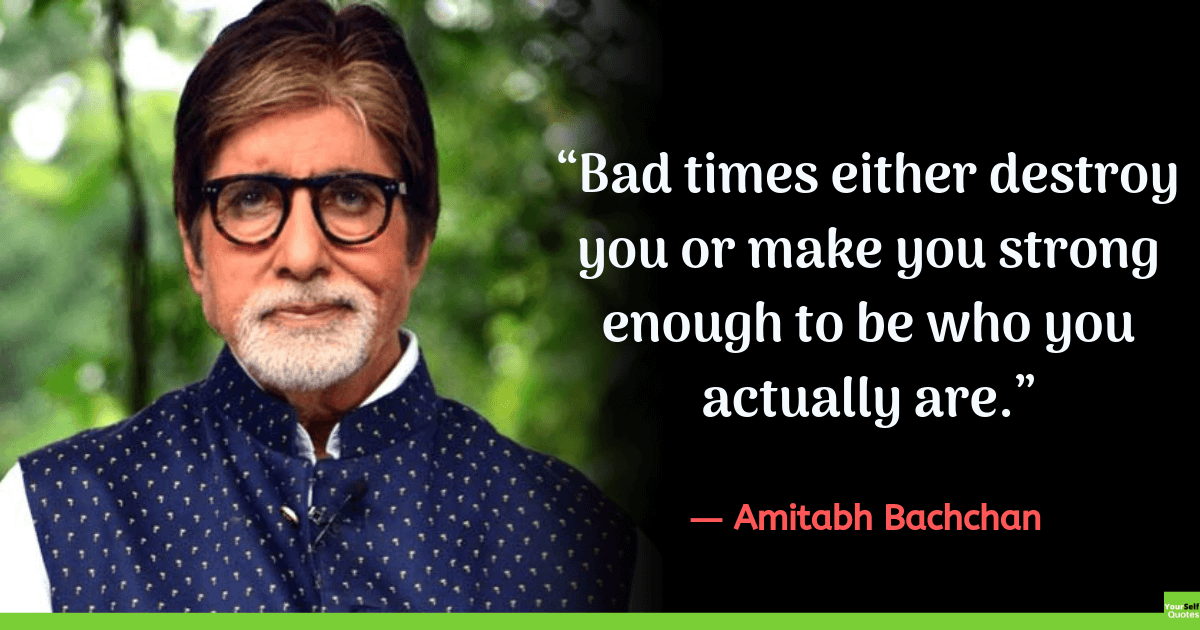 “No one is perfect, and criticism is always welcome and expected.” ― Amitabh Bachchan 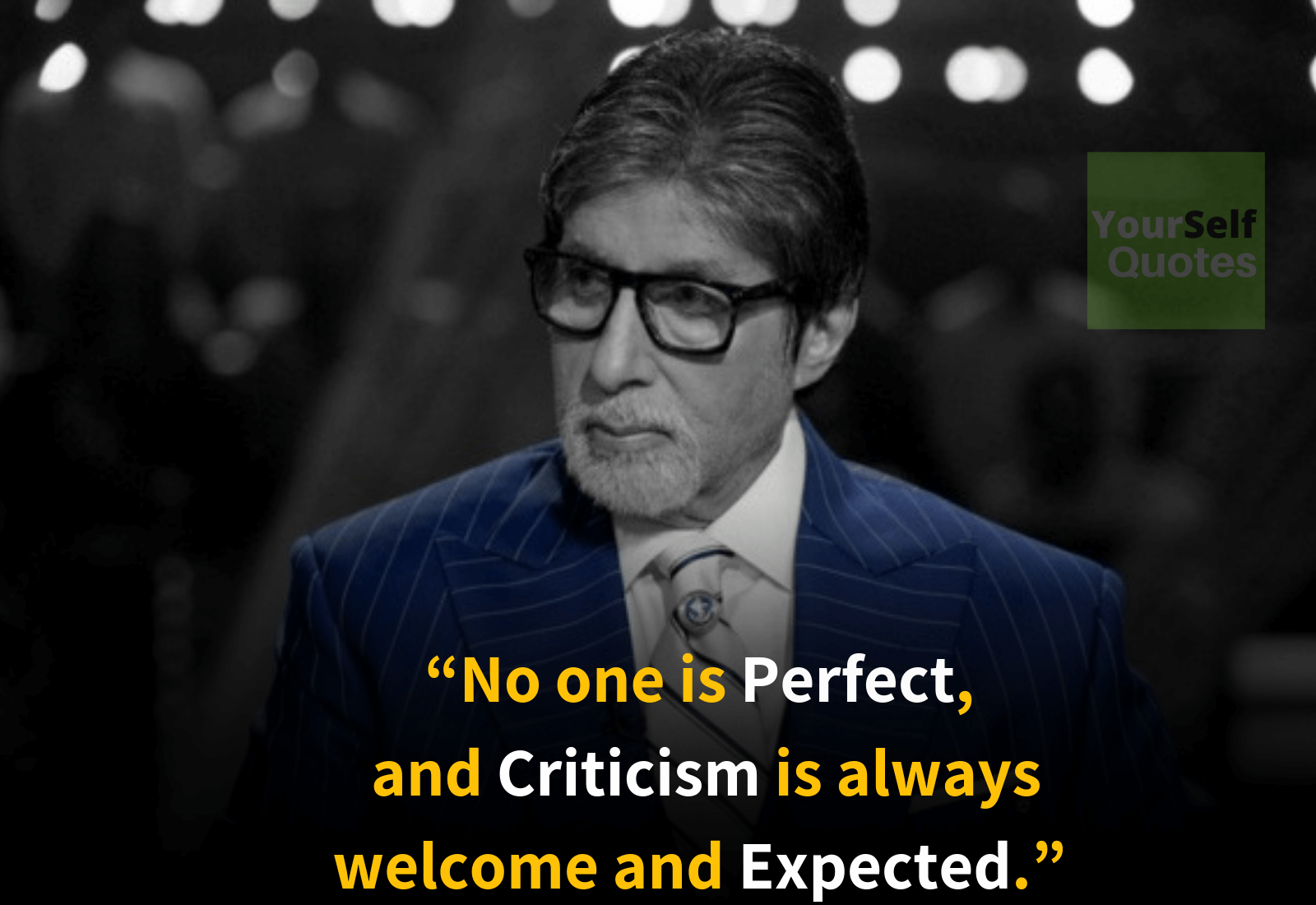 “It’s a great opportunity to be together apart from celebrating Indian cinema.”― Amitabh Bachchan 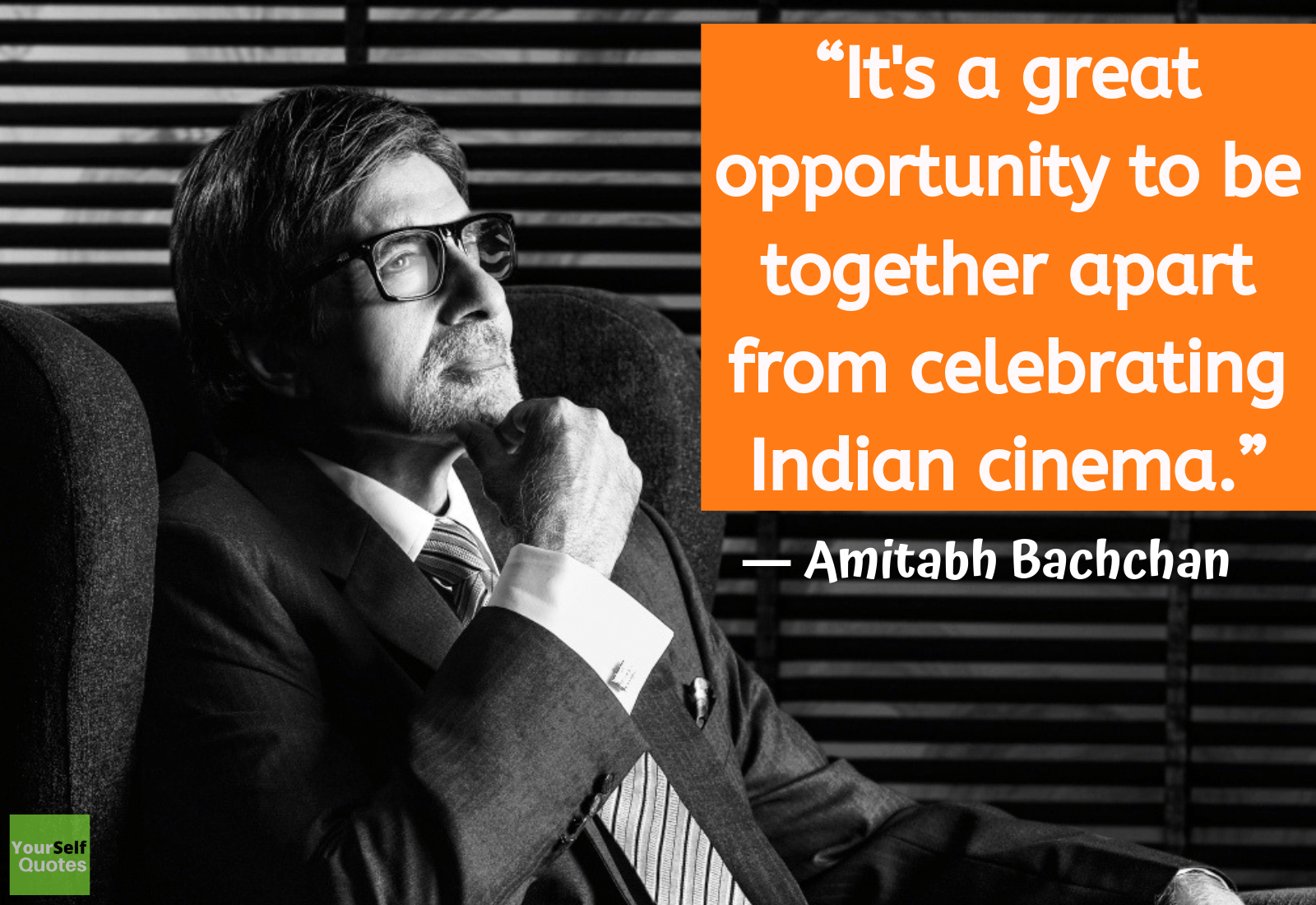 “Basically I am just another actor who loves his work and this thing about age only exists in the media.”― Amitabh Bachchan

“Everyone must accept that we will age and age is not always flattering.” ― Amitabh Bachchan 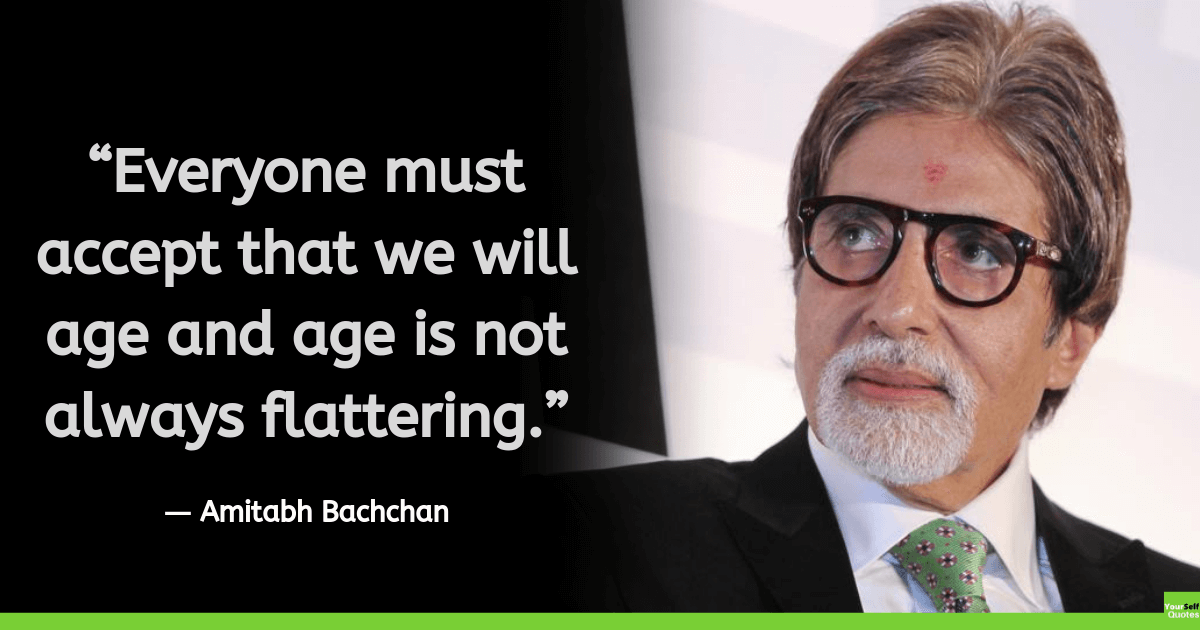 “That which last long is not easily got, that which easily got does not last long.” ― Amitabh Bachchan 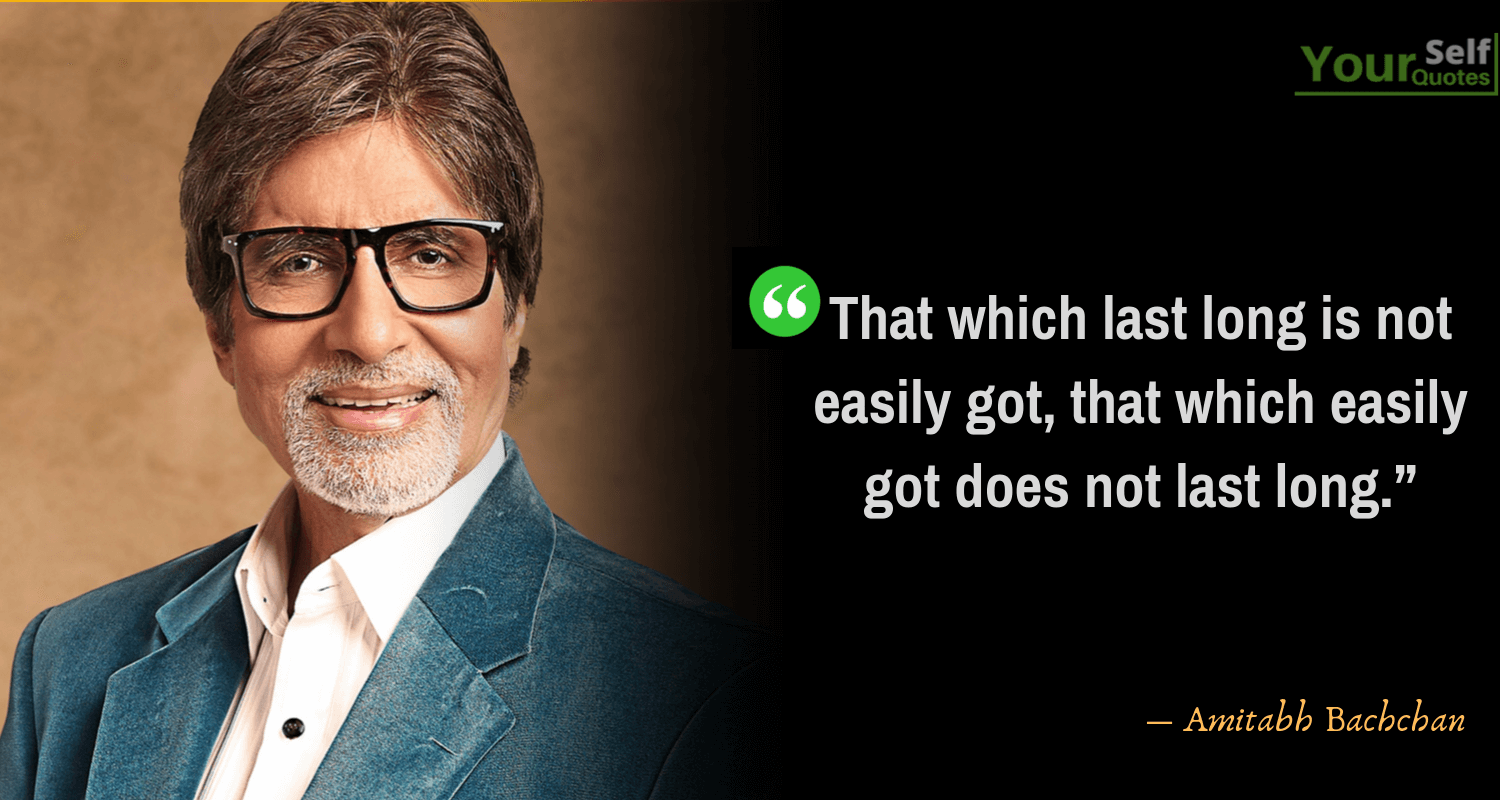 “Bad luck either destroys you or makes you the man or woman you really are.” ― Amitabh Bachchan 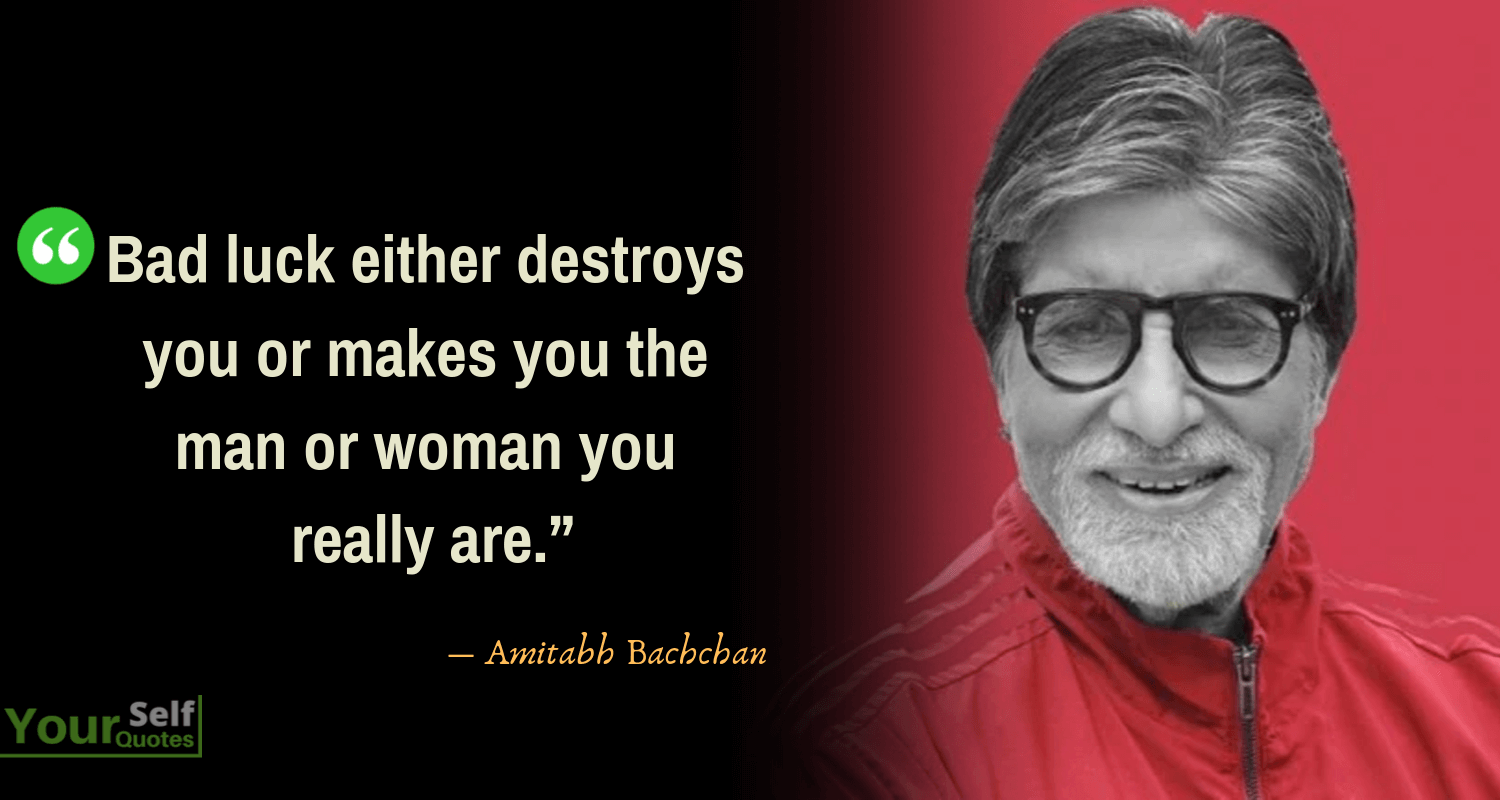 “One of the most difficult, and exasperating word to utter, has perhaps the easiest utterance: No!” ― Amitabh Bachchan 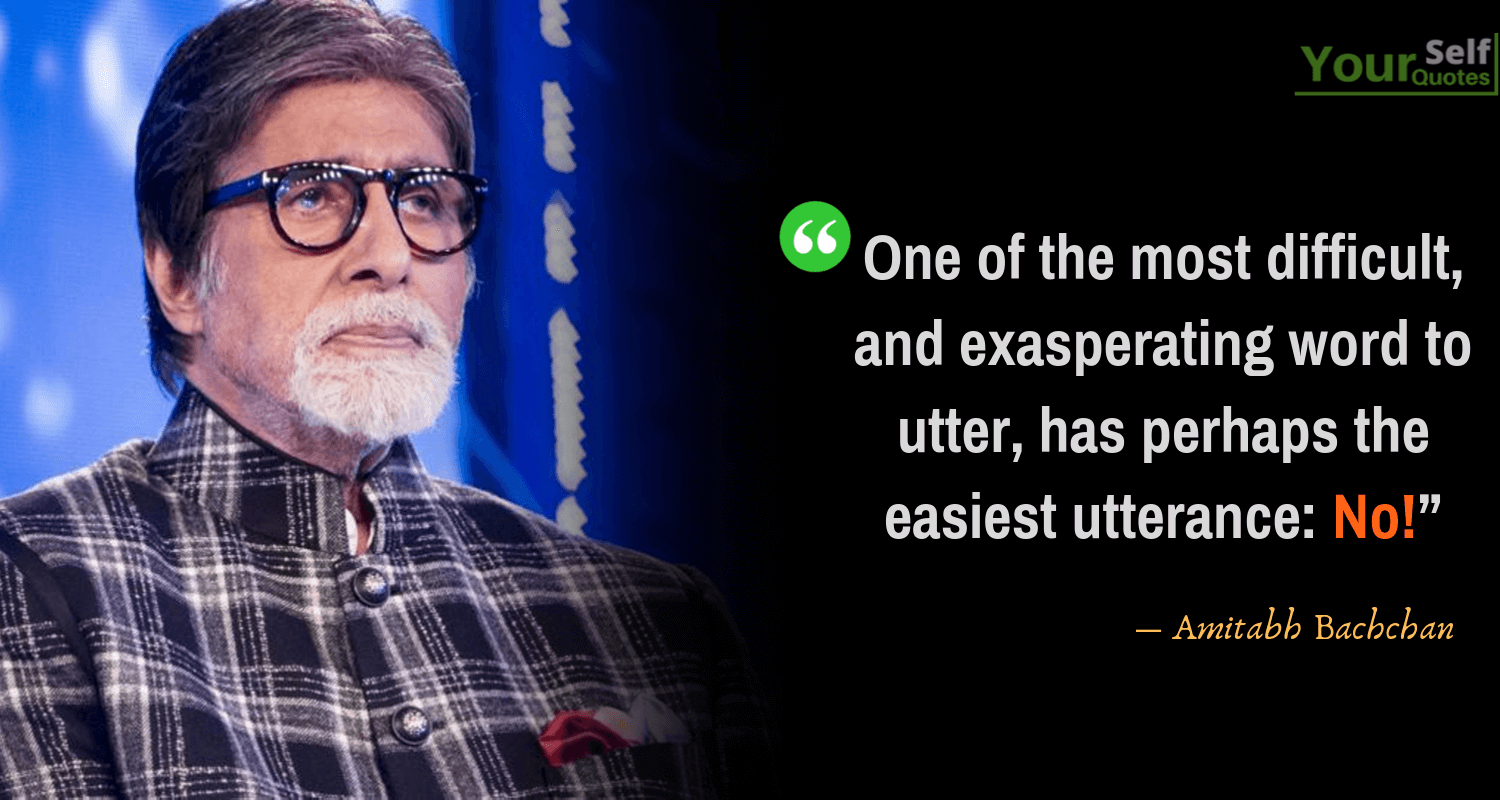 “There are many things that I feel that I have missed out on.”― Amitabh Bachchan 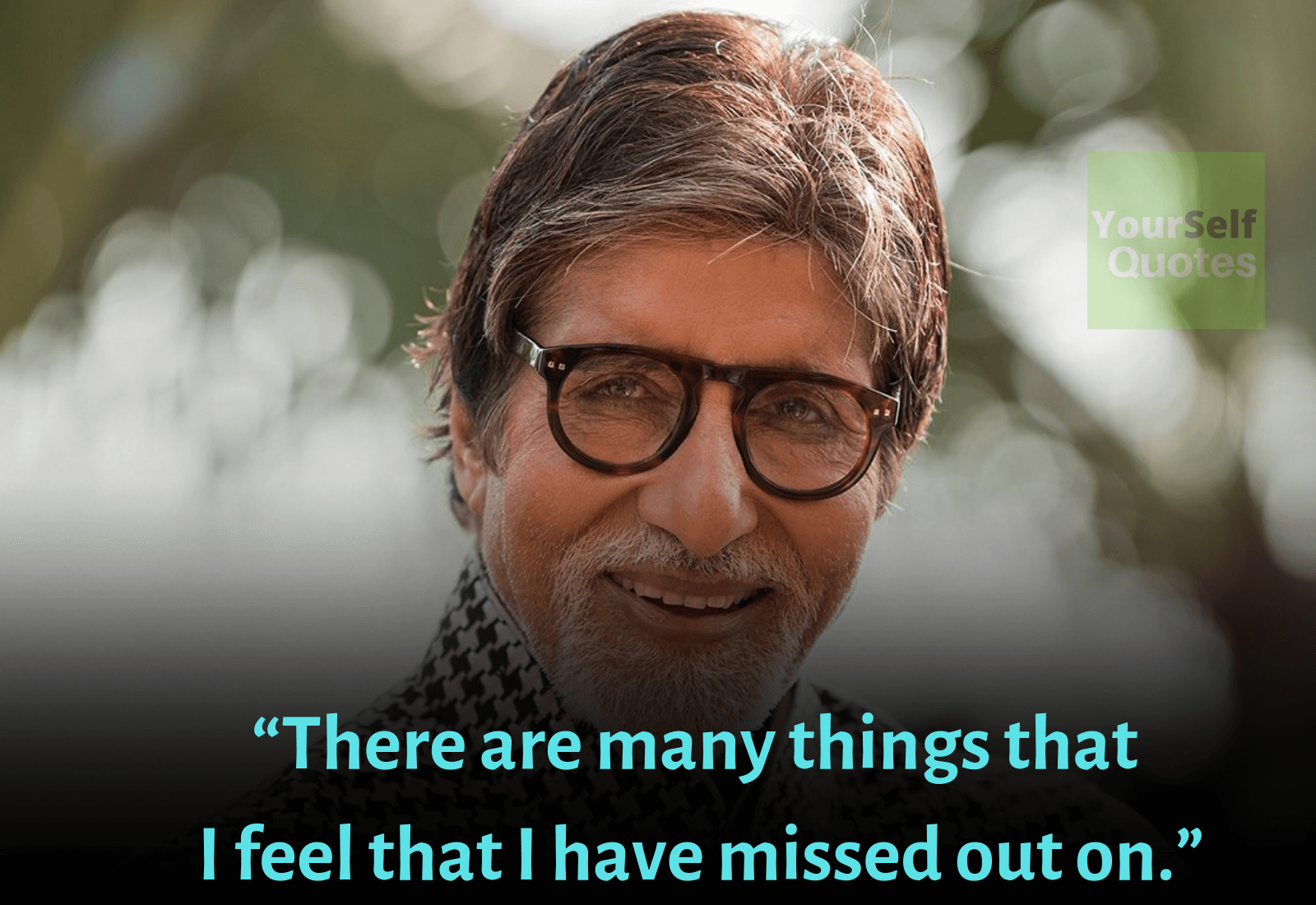 “I was very shy as a child. Very shy. A lot of problems with very simple things. Like entering a restaurant all by myself.” ― Amitabh Bachchan

“It’s a war zone, my body, one which has been through a great deal.”― Amitabh Bachchan 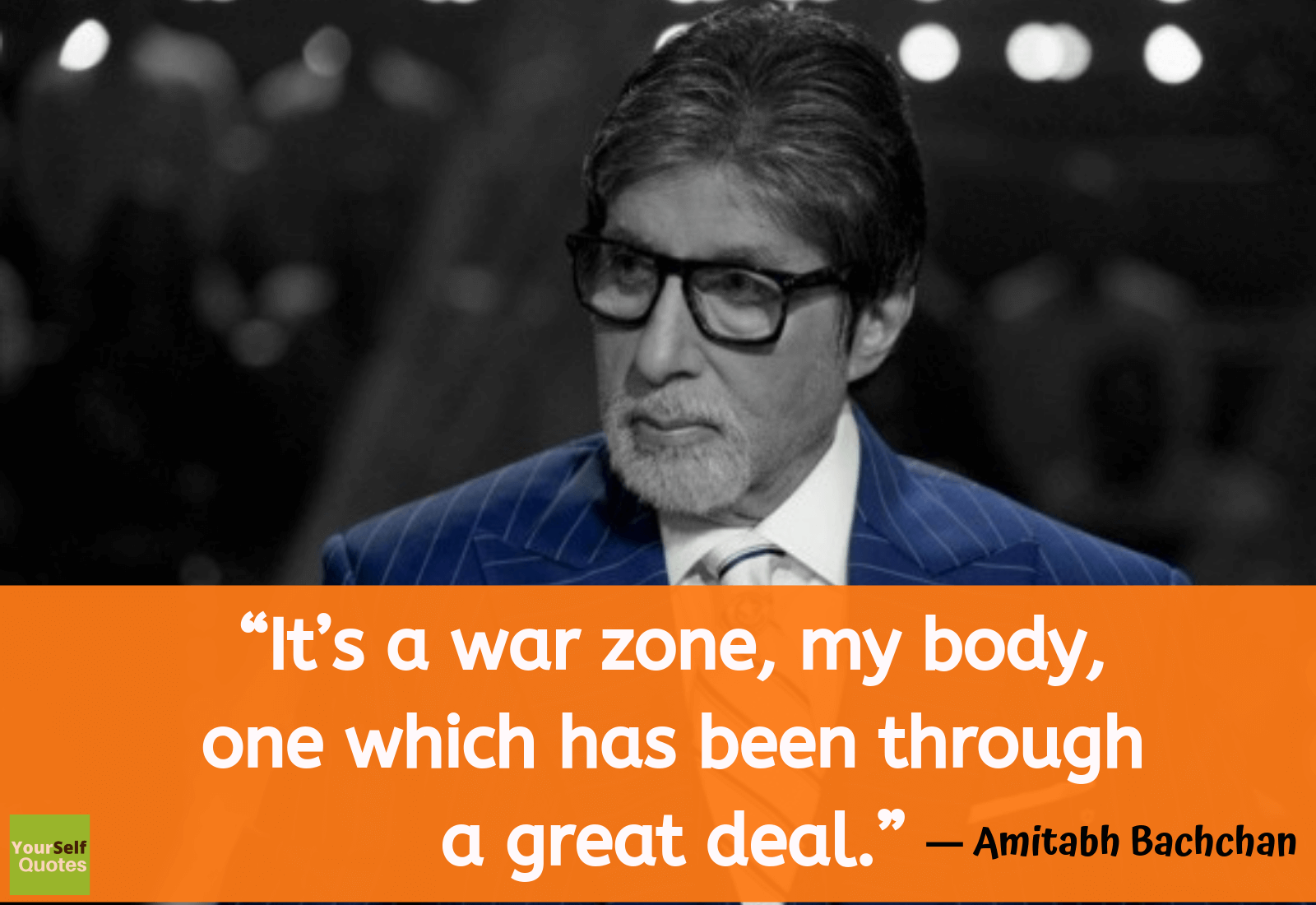 “It is the luminosity of lights that illuminates our presence.. else we are just so common.”― Amitabh Bachchan 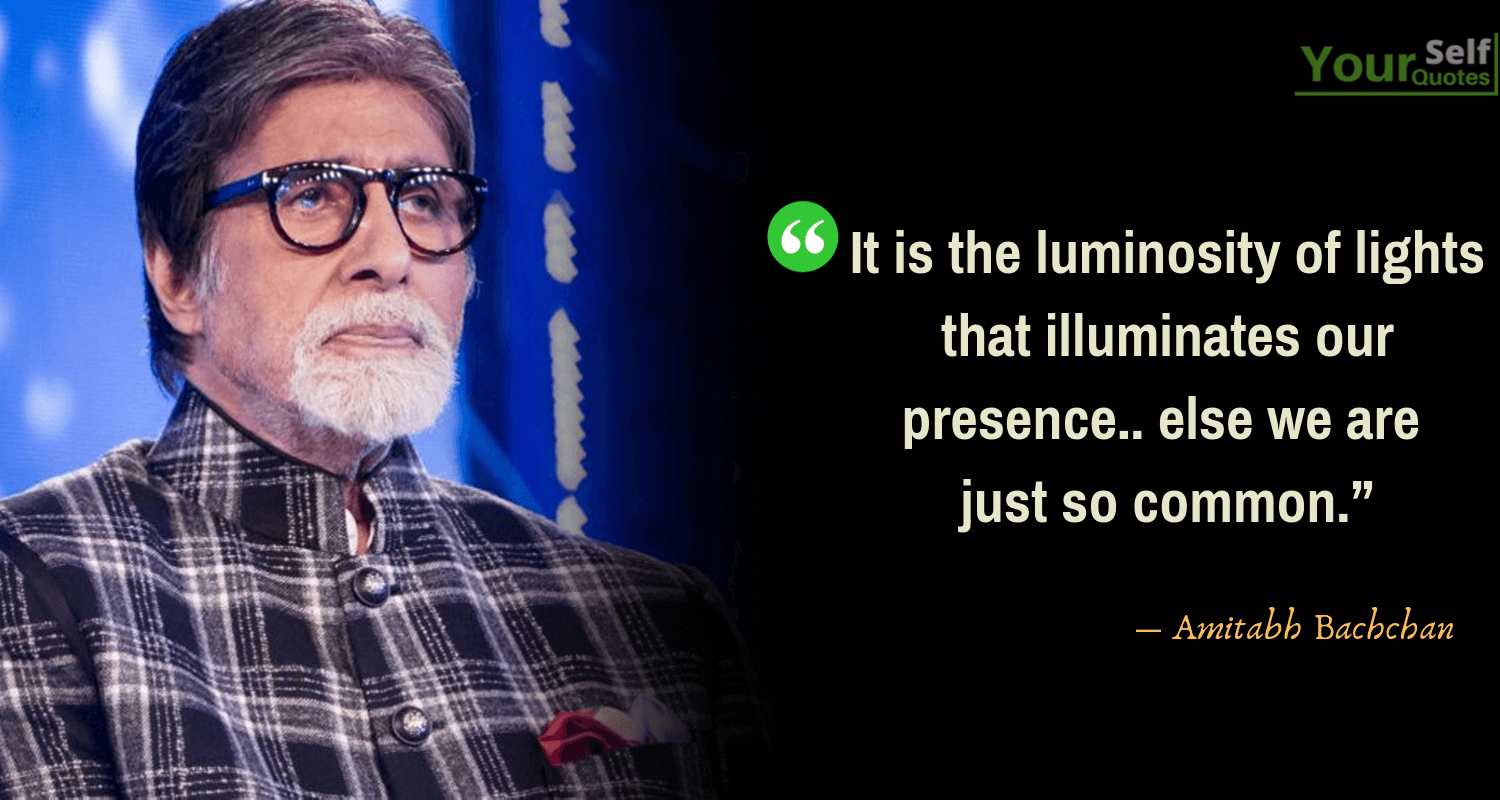 “No’ is an entire sentence in itself. No means no, and when somebody says it, you need to stop.”― Amitabh Bachchan 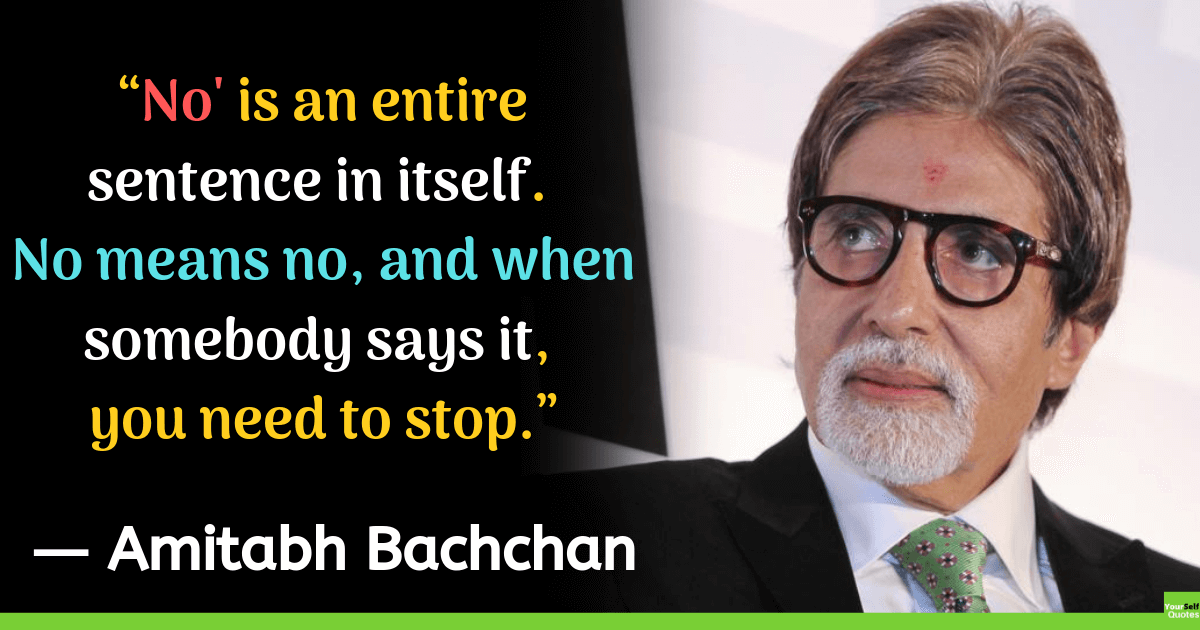 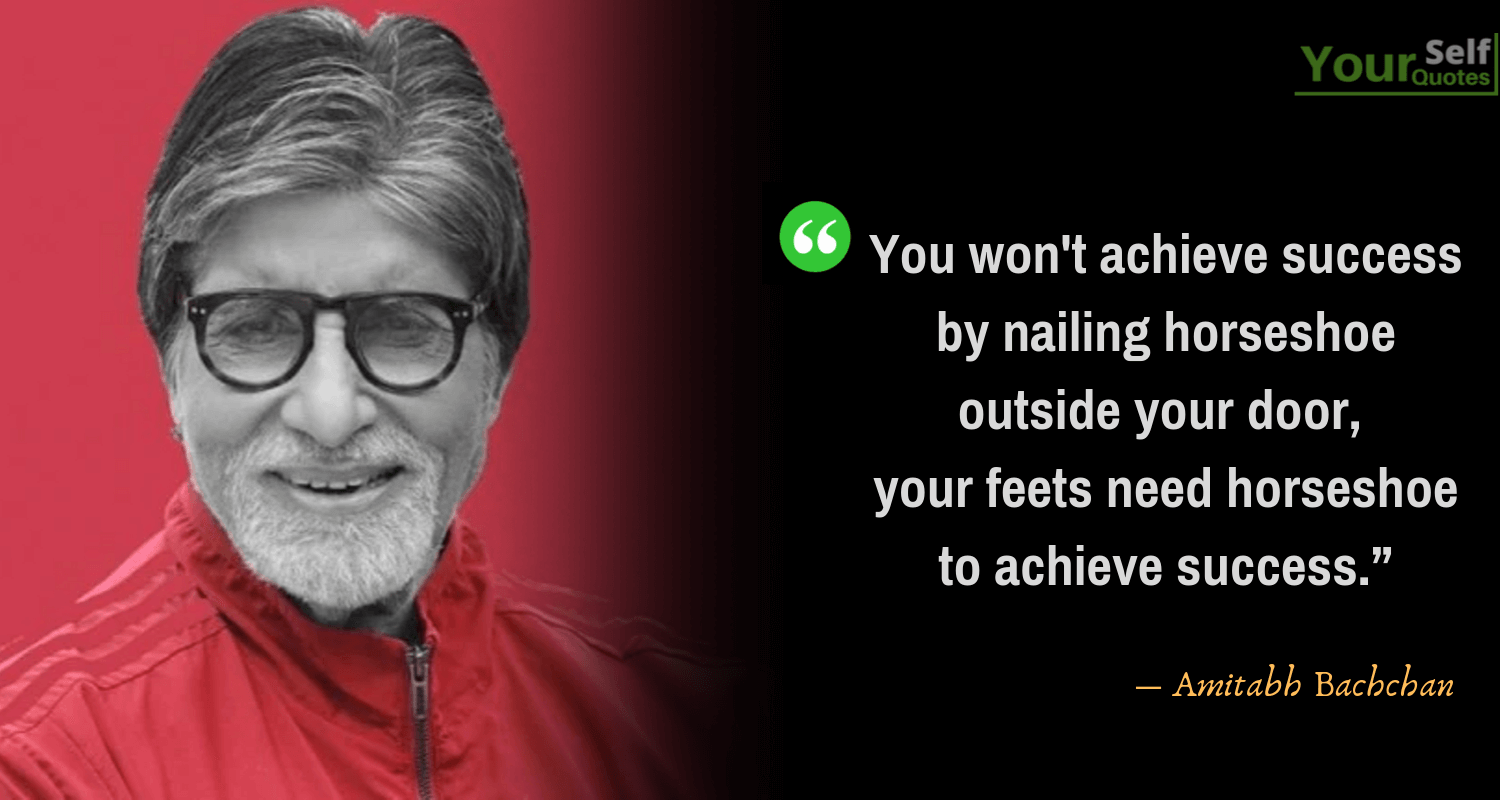 “The ultimate test of whether it shall be acceptable to today’s audience – the final judges!.” ― Amitabh Bachchan Quotes

“I’ve accepted that I was a failure in politics. I was not qualified for the job.” ― Amitabh Bachchan 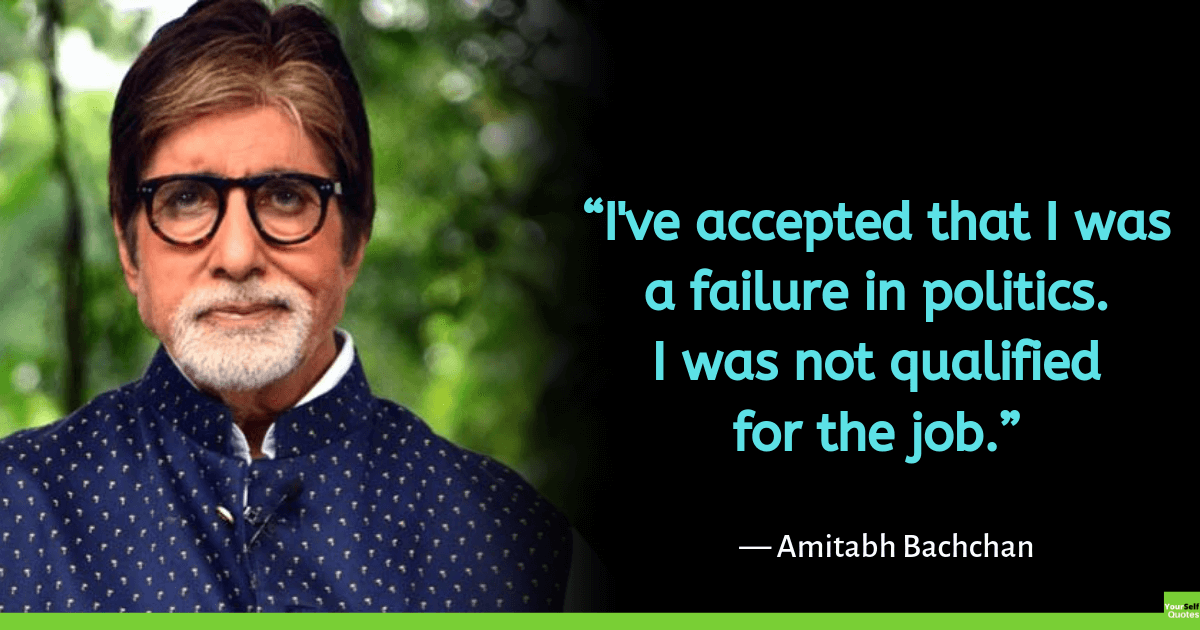 “Foreigners have no idea of the diversity of India and its culture. We hope to be able to give them a glimpse of that diversity.” ― Amitabh Bachchan

“Dearest TV media and vans outside my home, please do not stress and work so hard.” ― Amitabh Bachchan 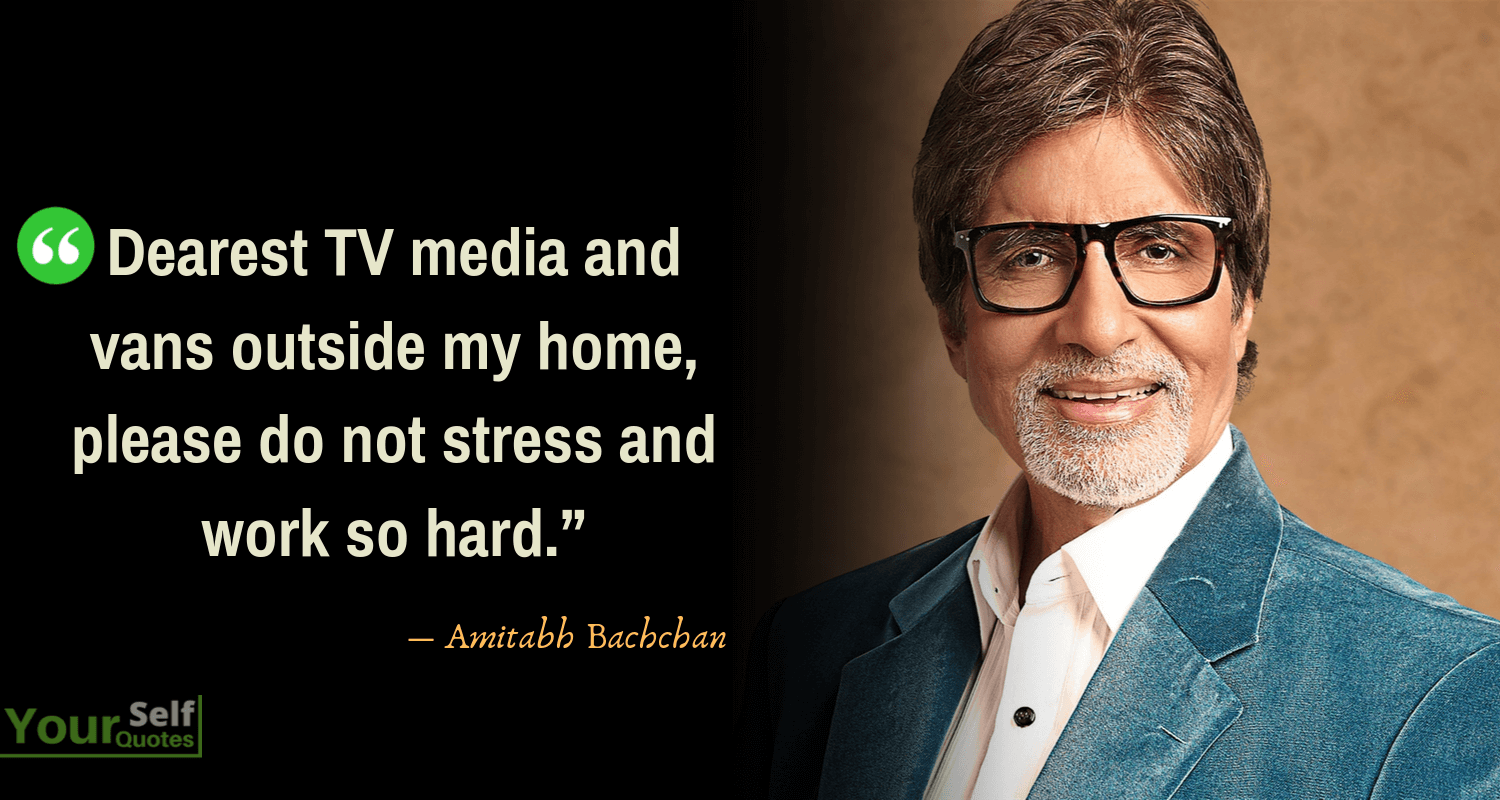 “He knows me, he knows the doctors here, and we are the best hospital in this part of the world. It’s true, I am serious.” ― Amitabh Bachchan Quotes

“Coming together should be considered something positive for people and communities. When thoughts come together, that can be more positive than an individual thought.” ― Amitabh Bachchan

Now, Amitabh Bachchan Age (77 Year) He is not just an actor. He is indeed a great personality and a sophisticated man in himself. 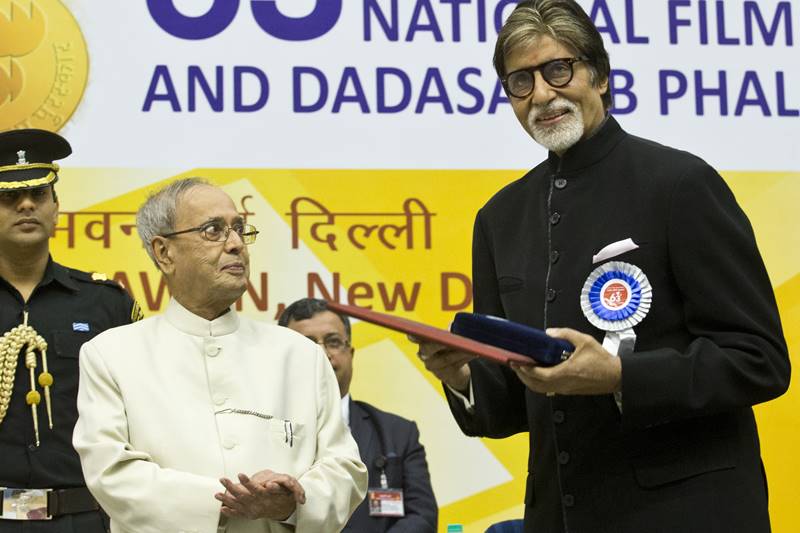 So, if you are influenced by this great personality then you can share these quotes with your family, friends, and near & dear ones. Share out these heartening Amitabh Bachchan Quotes.