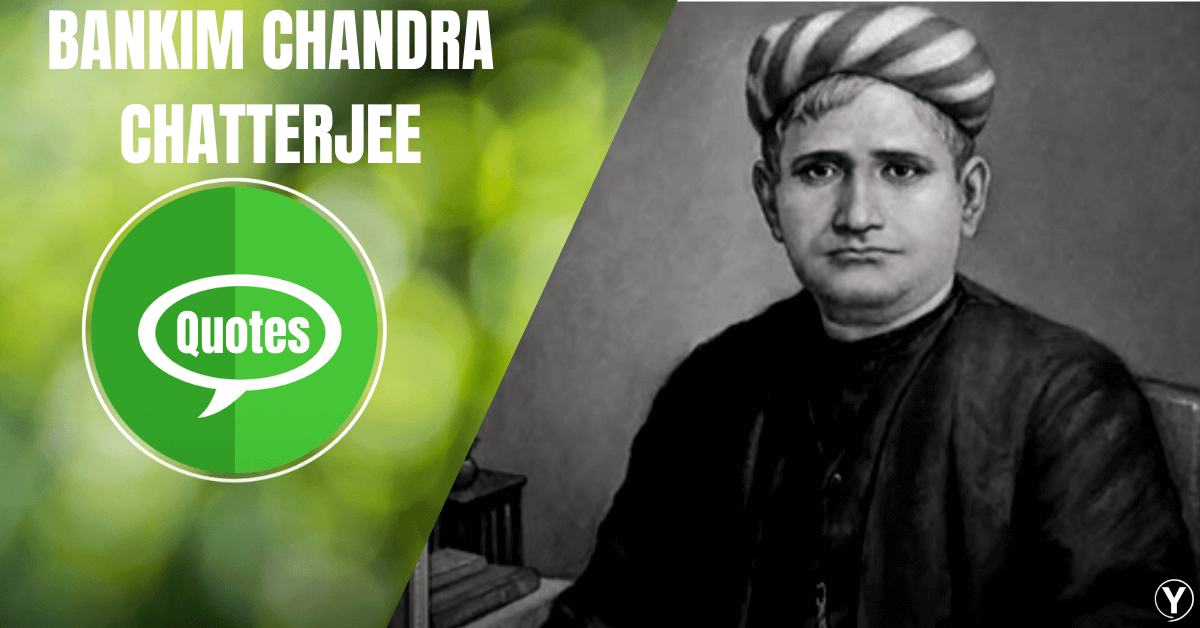 Bankim Chandra Chatterjee was a well-known and highly appreciated Indian novelist, poet, and journalist. The composer of our National Song is none other than our very own famous Bankimchandra Chattopadhyay

Bankimchandra was educated at the Hooghly Mohsin College. He completed his graduation at Presidency College, Kolkata, in bachelors of Arts in 1858. In 1869, he obtained a degree in Law. After that, he was appointed a Deputy Collector (the same type of position held by his father) of Jessore. Then he served as a Deputy Magistrate and retired from the government service in 1891.

Chattopadhyay began his literary career as a writer of the verse. His first fiction to appear in print was Rajmohan’s Wife. In 1865, his first Bengali romance and the first-ever novel in Bengali, Durgeshnondini was published. There are many other writings as well such as Kapalkundala (1866), Mrinalini (1869), a monthly literary magazine Bangadarshan, Chandrasekhar (1877), Rajsimha (1881, rewritten and enlarged 1893). Anandamath (The Abbey of Bliss, 1882), and many others in the line.

At a very young age of 11, Chattopadhyay was married. He had a son with his first wife, who died in 1859. He later married Rajalakshmi Devi with whom he had three daughters. 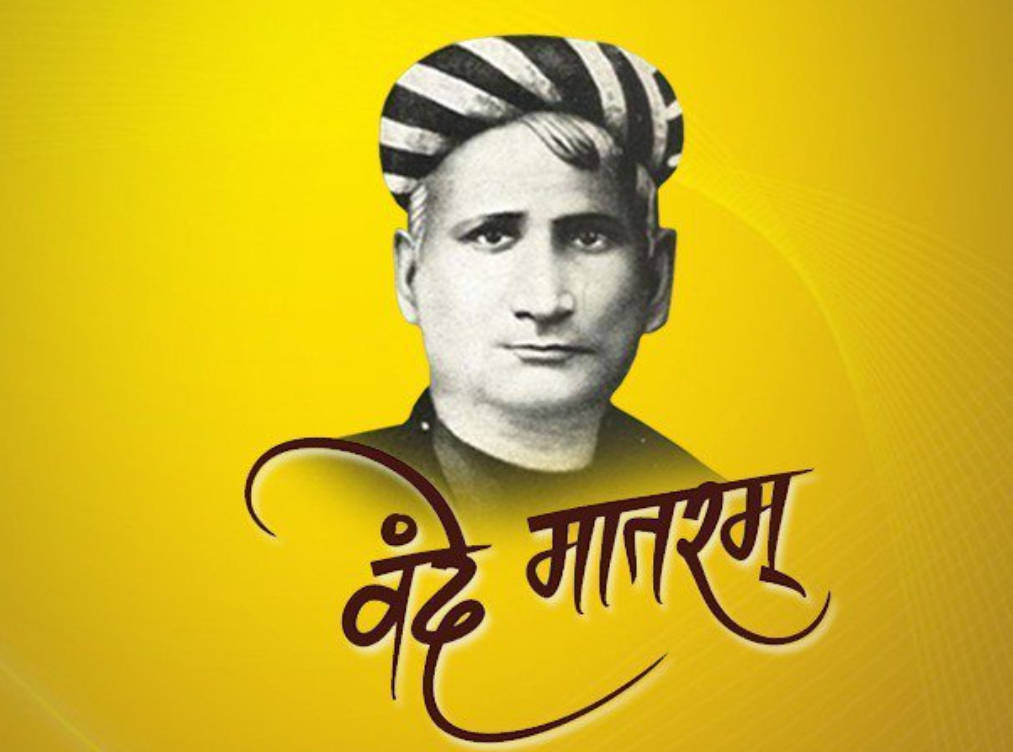 The writings of this great writer are really impressive and heart-touching. His work proved to be highly intellectual and artistic. He was one of the first intellectuals who wrote in a British colony, accepting and rejecting the status at the same time.

This man the father of Bengali novel was praised and applauded by many other prominent gurus and leaders. Sri Aurobindo said, “Bankim created a language, literature and a nation.” Even Rabindranath Tagore was highly impressed by him and wrote “Bankim Chandra had equal strength in both his hands (Sabyasachi). In one, he created literary works of excellence; and in the other, he guided the young and aspiring authors. With one hand the ignited the light of literary enlightenment, and with the other, he blew away the smoke and ash of ignorance and ill-conceived notions. Bankim Chandra alone took charge of creative writing and wholesome constructive literary criticism”.

The words by this great writer are famous across the globe and one such beautiful example in our own National Song, Vande Mataram.

So let’s read and share some of the most impressive Bankim Chandra Chatterjee Quotes on constructing meaningful life.

“When a man is in doubt what to do, he goes wherever he happens to be first called.” — Bankim Chandra Chatterjee 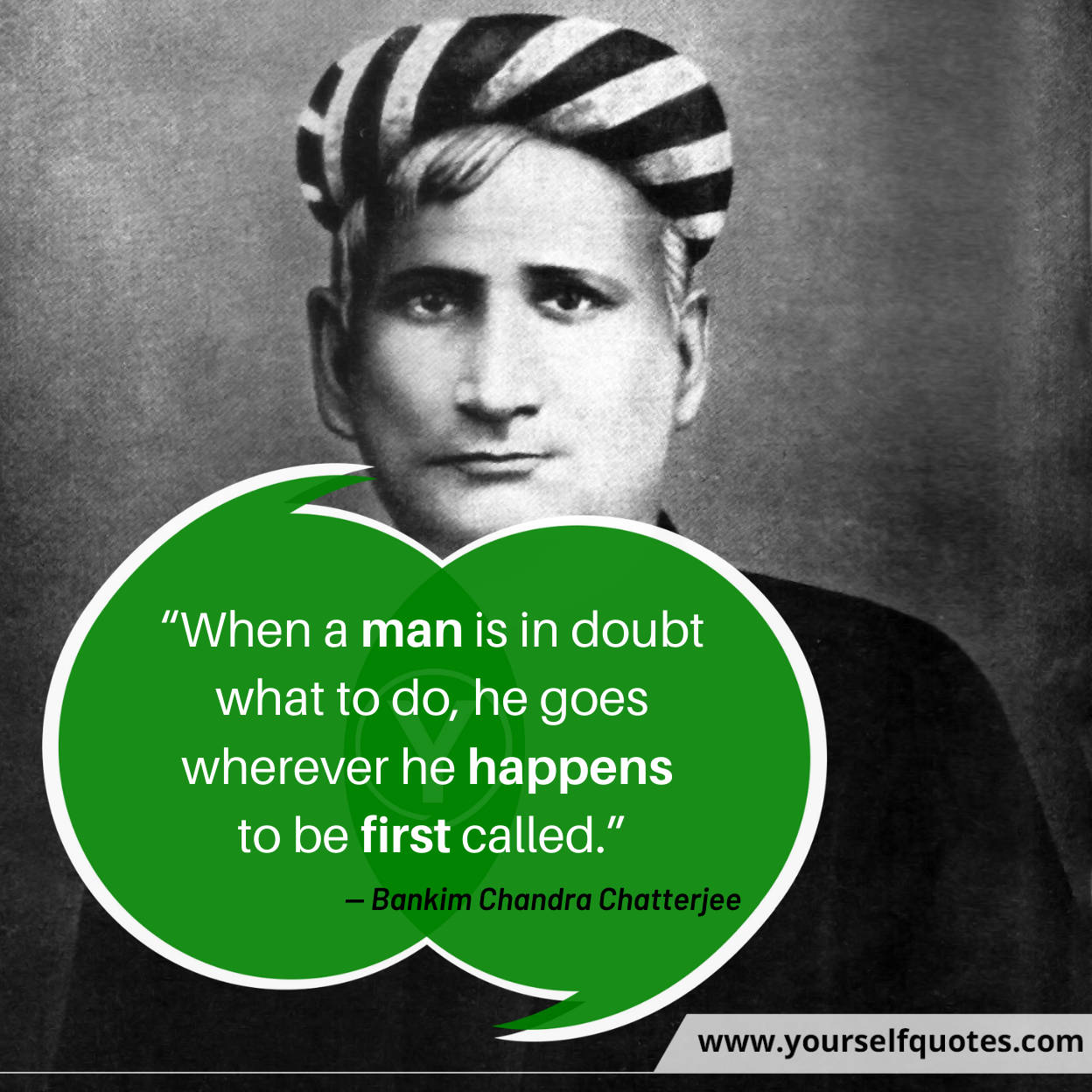 “To die without accomplishing our work, is that desirable?” — Bankim Chandra Chatterjee 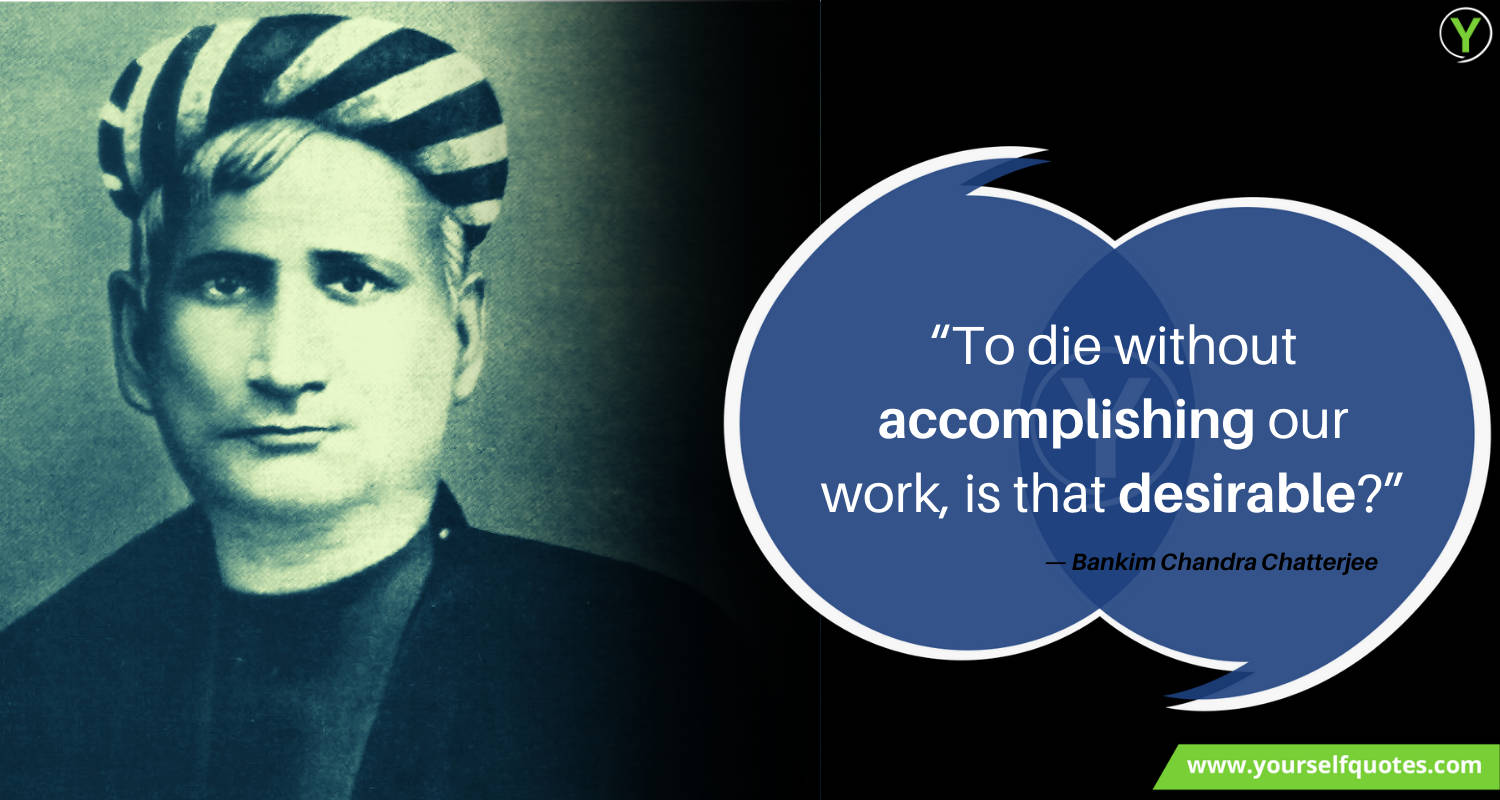 “I know how long I need to be working to make my dreams become a reality.” — Bankim Chandra Chatterjee

“Patriotism is religion and religion is love for India.” — Bankim Chandra Chatterjee 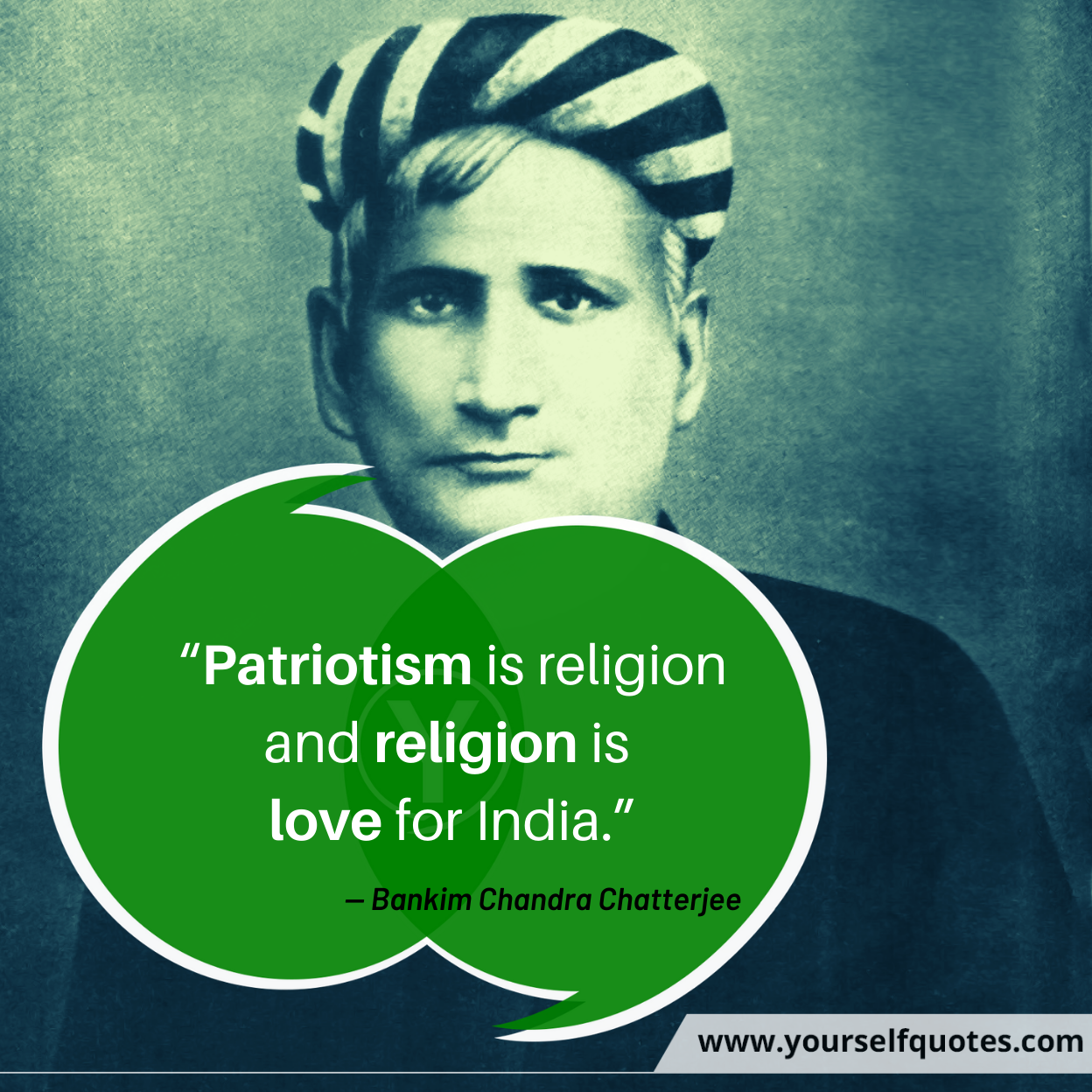 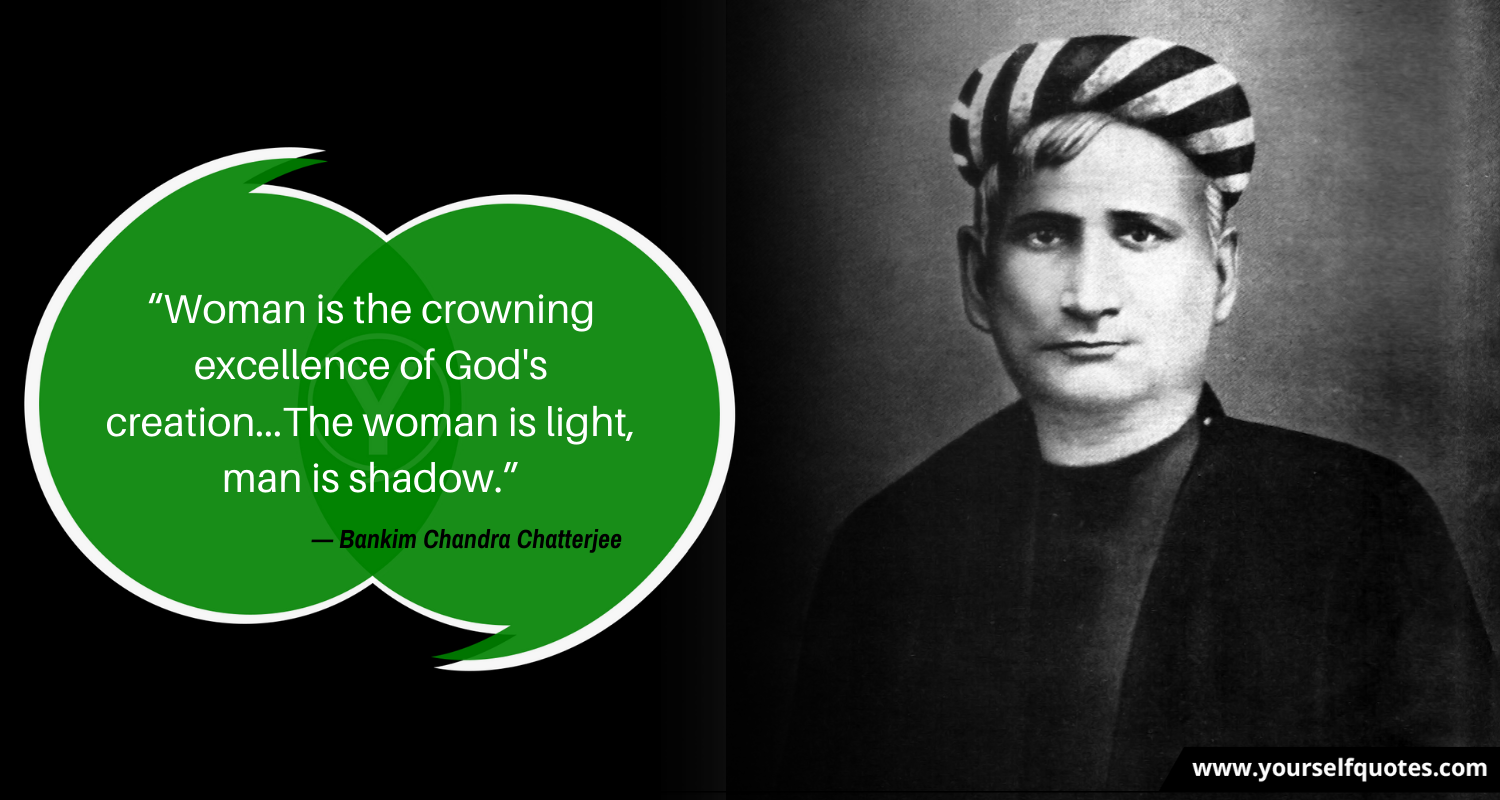 “When, O Master, when shall we see our Mother India in this garb again – so radiant and so cheerful? Only when all the children of the Motherland shall call he Mother in all sincerity.” — Bankim Chandra Chatterjee

“Prose must be written in language that is well understood by its readers. The world would hardly miss those literary works that are mastered by only half-a-dozen pundits.” — Bankim Chandra Chatterjee

“One is the poetry of the poet; the other is the riches of the rich.” — Bankim Chandra Chatterjee 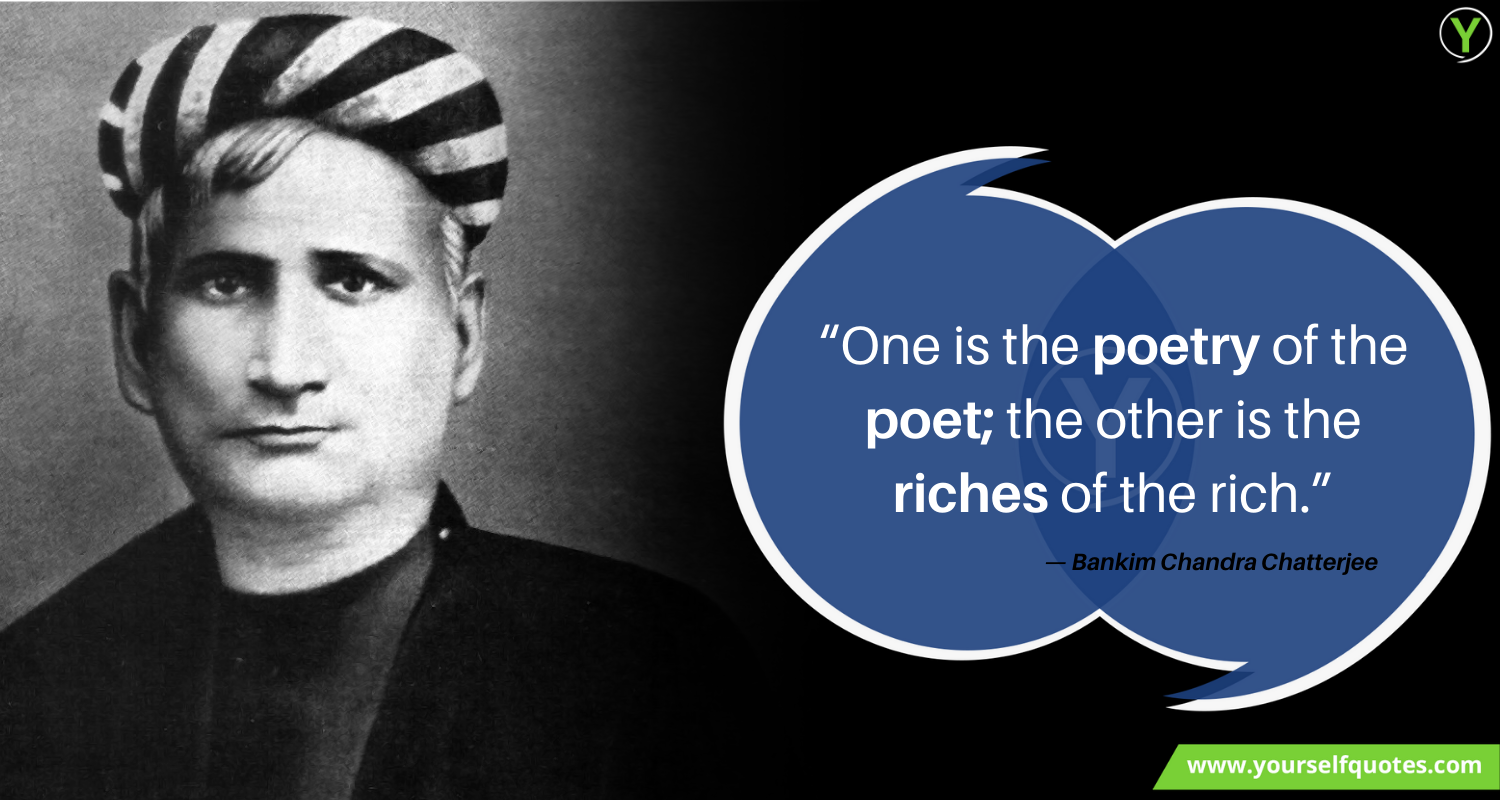 “Prose must be written in language that is well understood by its readers. The world would hardly miss those literary works that are mastered by only half-a-dozen pundits.” — Bankim Chandra Chatterjee

“No study is likely to be fruitful of results if carried on without a system. The majority of those who pursue knowledge for its own sake pursue it after an aimless and desultory fashion.” — Bankim Chandra Chatterjee

“Forgiveness does not change the past but it does change the future.” — Bankim Chandra Chatterjee 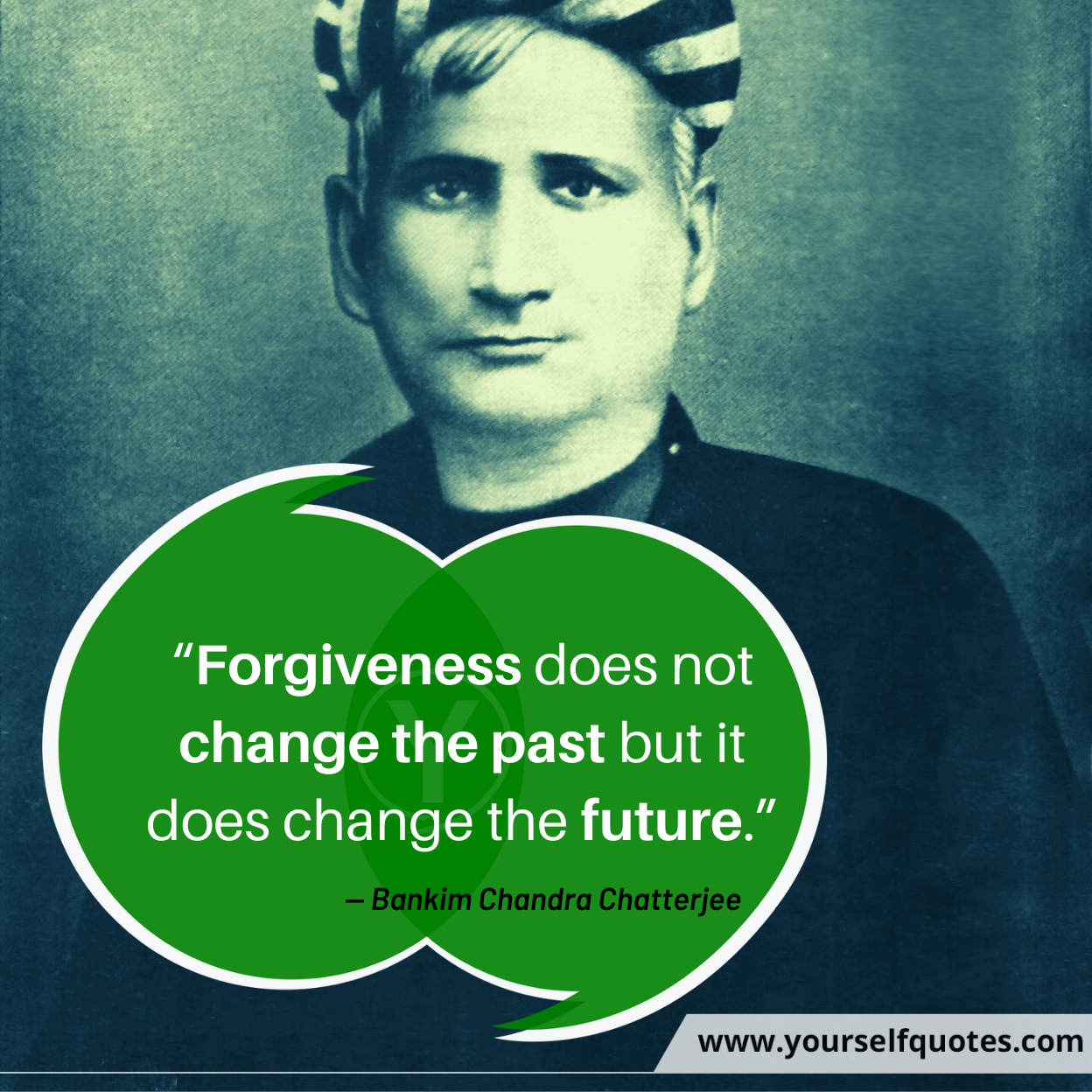 Bankim Chandra Chatterjee was a renowned poet, journalist, and eminent writer of India. He gave us our national song, ‘Vande Mataram’. He was solely responsible for modernizing Bengali Literature. This national song was adapted from his novel ‘Anandamath’.

This great leader is popularly addressed as ‘Sahitya Samrat’ which means he is “Emperor of Bengali Literature’. Bankim highly criticized the British government in his writings. Because of this, he was always involved in conflicts with the government during his service with the government. The writer took his last breath in 1894 in Kolkata.

This legend will never be forgotten. So let’s share out these beautiful Bankim Chandra Chatterjee Quotes Images with our loved ones.

Best Nature Quotes To Make You Fall in Love With Nature

Beautiful Smile Quotes That Will Make Your Loved Ones