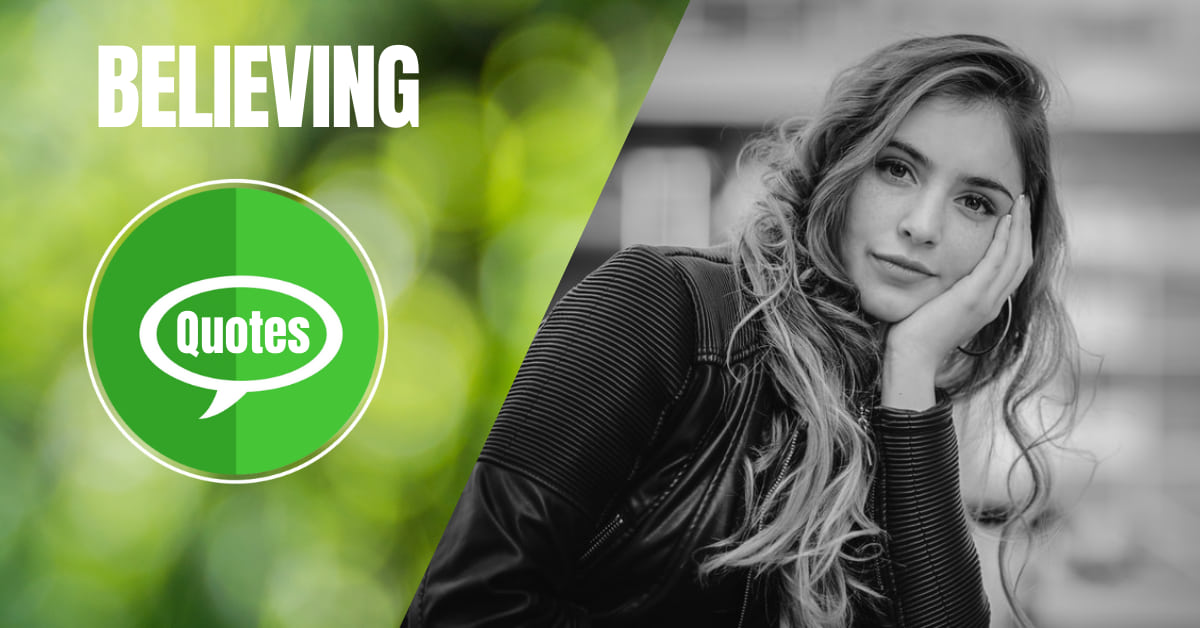 “Belief gives you the power to achieve the extraordinary.” — Chris Powell 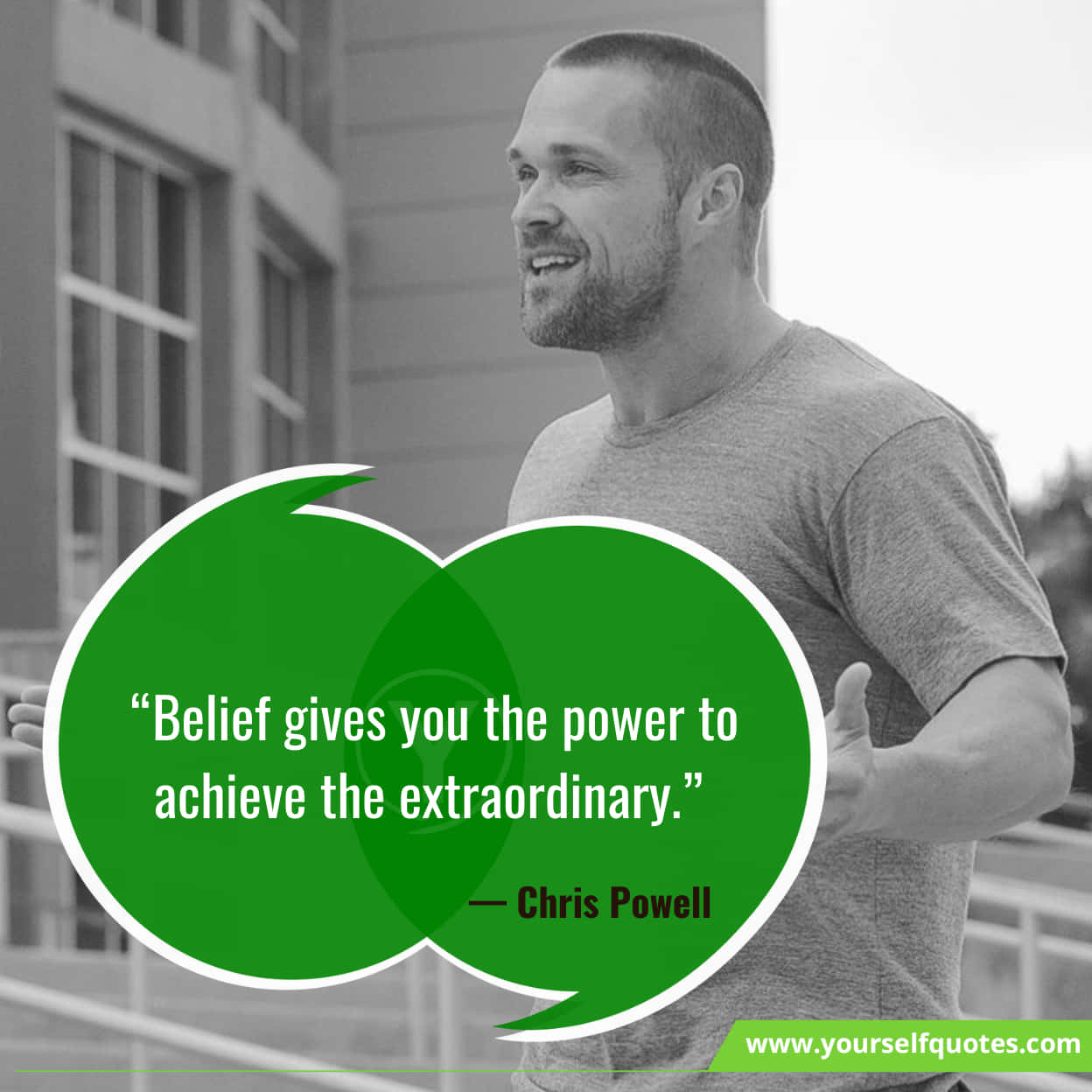 “Reality is that which, when you stop believing in it, doesn’t go away.” — Philip Dick

“You have no control over other people’s taste, so focus on staying true to your own.” — Tim Gunn

“Where you are is a result of who you were, but where you go depends entirely on who you choose to be.” — Hal Elrod

“One person with a belief is equal to ninety-nine who have only interests.” — John Stuart Mill

“Blind belief in authority is the greatest enemy of truth.” — Albert Einstein

“A wise man proportions his belief to the evidence.” — David Hume

“Once we believe in ourselves, we can risk curiosity, wonder, spontaneous delight, or any experience that reveals the human spirit.” — E.E. Cummings

“Confidence and belief in God and yourself will bring many achievements in life. There be no opening for failure.” 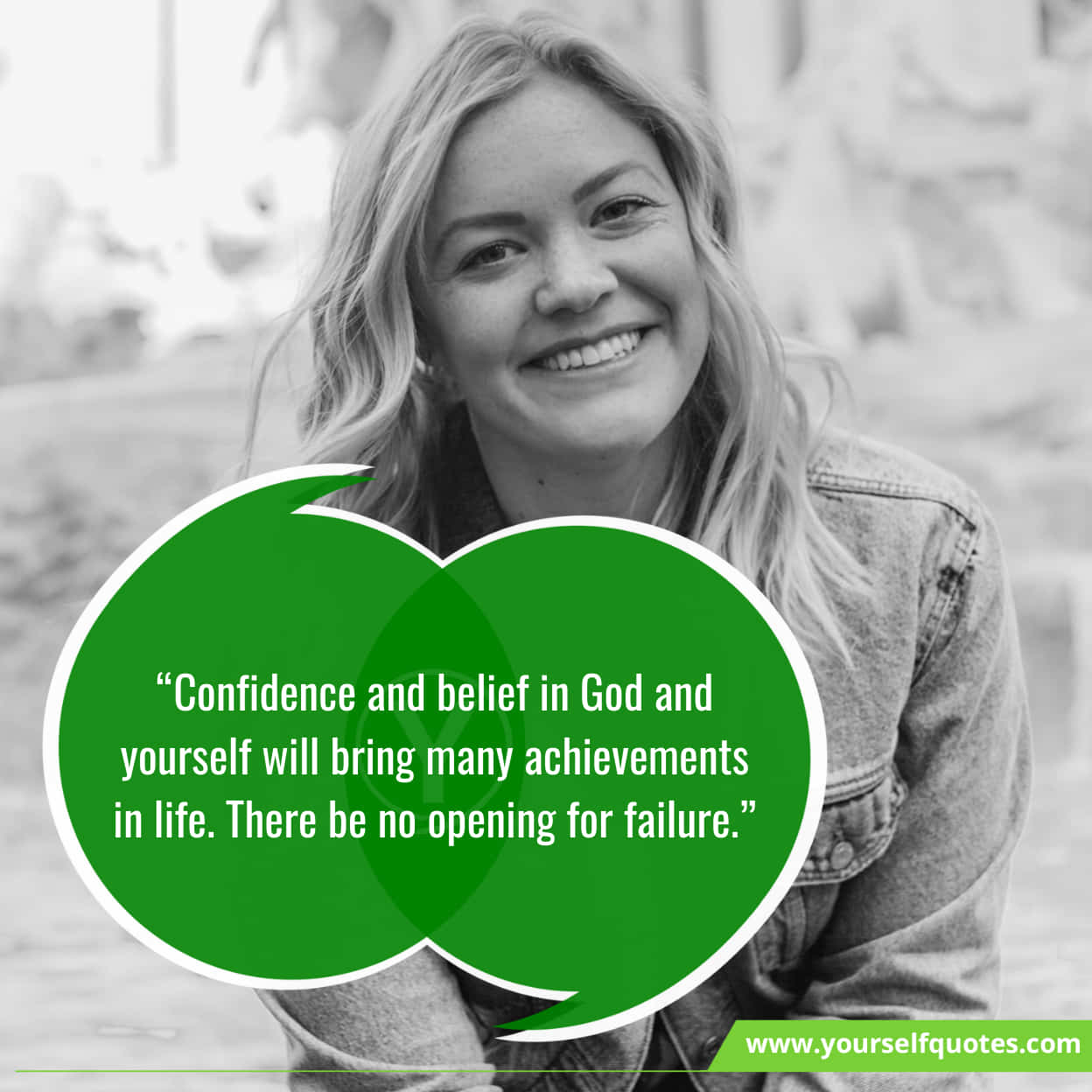 “Your ego can become an obstacle to your work. If you start believing in your greatness, it is the death of your creativity.” — Marina Abramovic

“Magic is believing in yourself, if you can do that, you can make anything happen.” — Johann Wolfgang von Goethe

“Have a vision for yourself. You need to have foresight into your future – your goals, your dreams, what you want to achieve for yourself.” — Matthew Lewis Browne

“Don’t let them drag you down by rumors just go with what you believe in.” — Michael Jordan

“All I have seen teaches me to trust the Creator for all I have not seen.” — Ralph Waldo Emerson

“Belief has the power to change your inner state and your outer world.” — John Paul Warren

“A thing is not necessarily true because a man dies for it.” — Oscar Wilde

“God does nothing except in response to believing prayer.” — John Wesley

“When you give yourself the gift of quietly believing in yourself, you’ll love yourself.” — Callie Khouri 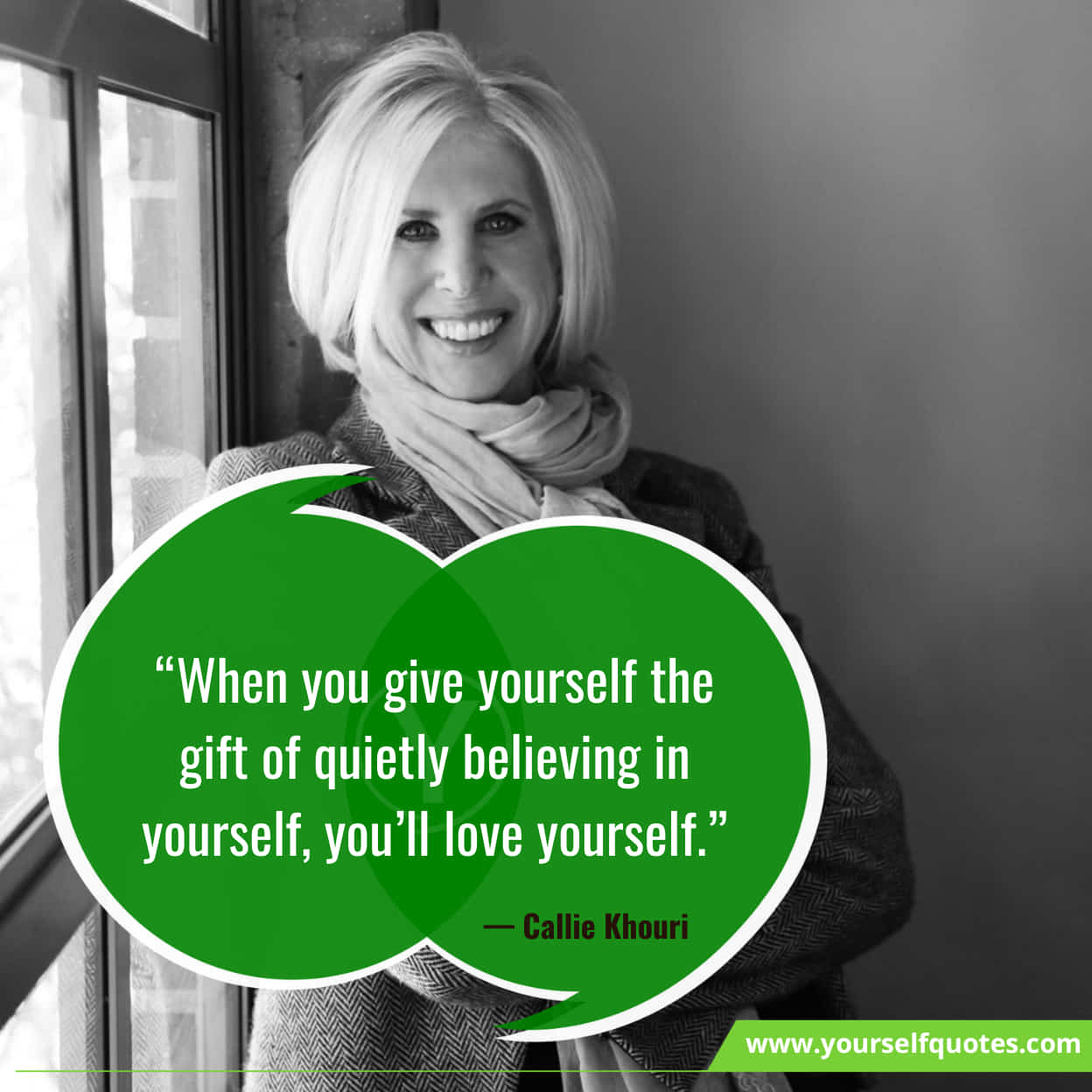 “You can have anything you want if you are willing to give up the belief that you can’t have it.” — Robert Anthony

“You are braver than you believe, stronger than you seem, and smarter than you think.” — A.A. Milne

“If you can change the belief first, changing the action is easier.” — Peter Mcwilliams

“Reality is that which, when you stop believing in it, doesn’t go away.” — Philip K. Dick

“Let not your heart be troubled: ye believe in God, believe also in me.”

“Your time is way too valuable to be wasting on people that can’t accept who you are.” — Turcois Ominek

“If you do not believe in yourself, do not blame others for lacking faith in you.” — Brendan Francis

“The moment you doubt whether you can fly, you cease forever to be able to do it.” — J. M. Barrie

Quotes On Believing In Yourself

“You are what you believe yourself to be.” — Paulo Coelho 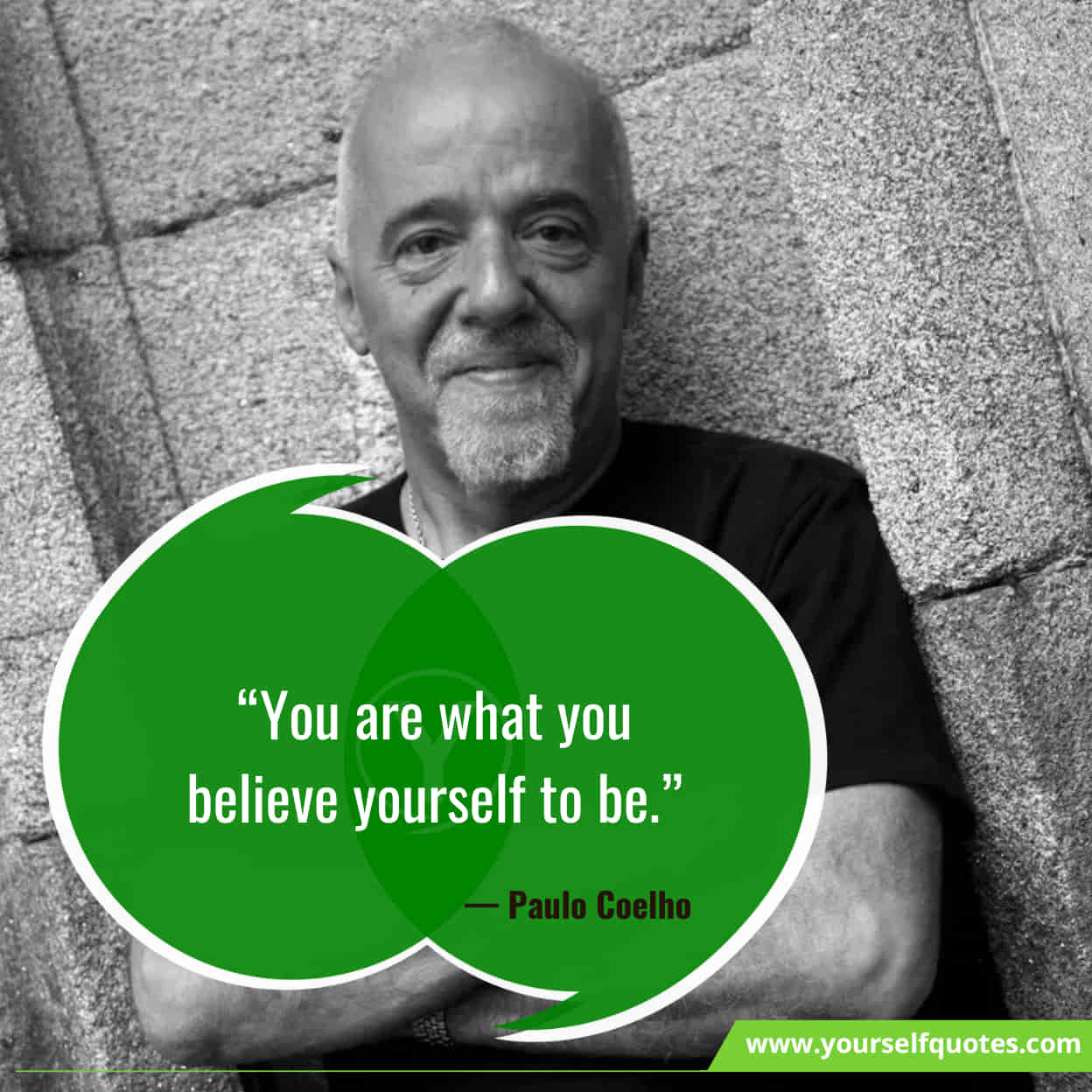 “Always speak well of yourself and consistently visualize your life working out as you want it.” — Andrew Matthews

“This life is not forever, nor is it the best life that will ever be. The fact is that believers are headed for heaven.”

“But we must believe God is listening, and our answers will come, by and by.”

“Many people believe in God, but not many believe God.”

“Myths which are believed in tend to become true.” — George Orwell

“Making things happen in your life requires a faith, or an ability to believe that is unshakable, regardless of your circumstances.”

“I believe that deep inside us, we all strive to move forward and up, to scale new heights.”

“The Gospels and Acts claim that eyewitnesses and participants saw what they and the writers believed were miracles.”

“Believe and have trust and faith that you are really capable of doing what you want to do.”

“Do not believe that you will reach your destination without leaving the shore.”

“We will need to build constructive beliefs, behaviour patterns, thought patterns, habits, values and principles to override the deconstructive ones.”

“The ego is really that part of us that believes that we are a separate being, alone in time and space and trying to make it through life.”

“Belief is not a matter of choice, but conviction.”

“Don’t believe in the myth that your depression will last forever. You are not genetically doomed, and you aren’t going.”

“I believe in a God who measures us for who we are in our hearts and not by what we have done.”

“A believer . . . is never disturbed because other persons do not see the fact which he sees.”

“Believe that life is worth living, and your belief will help create the fact.” — William Jame 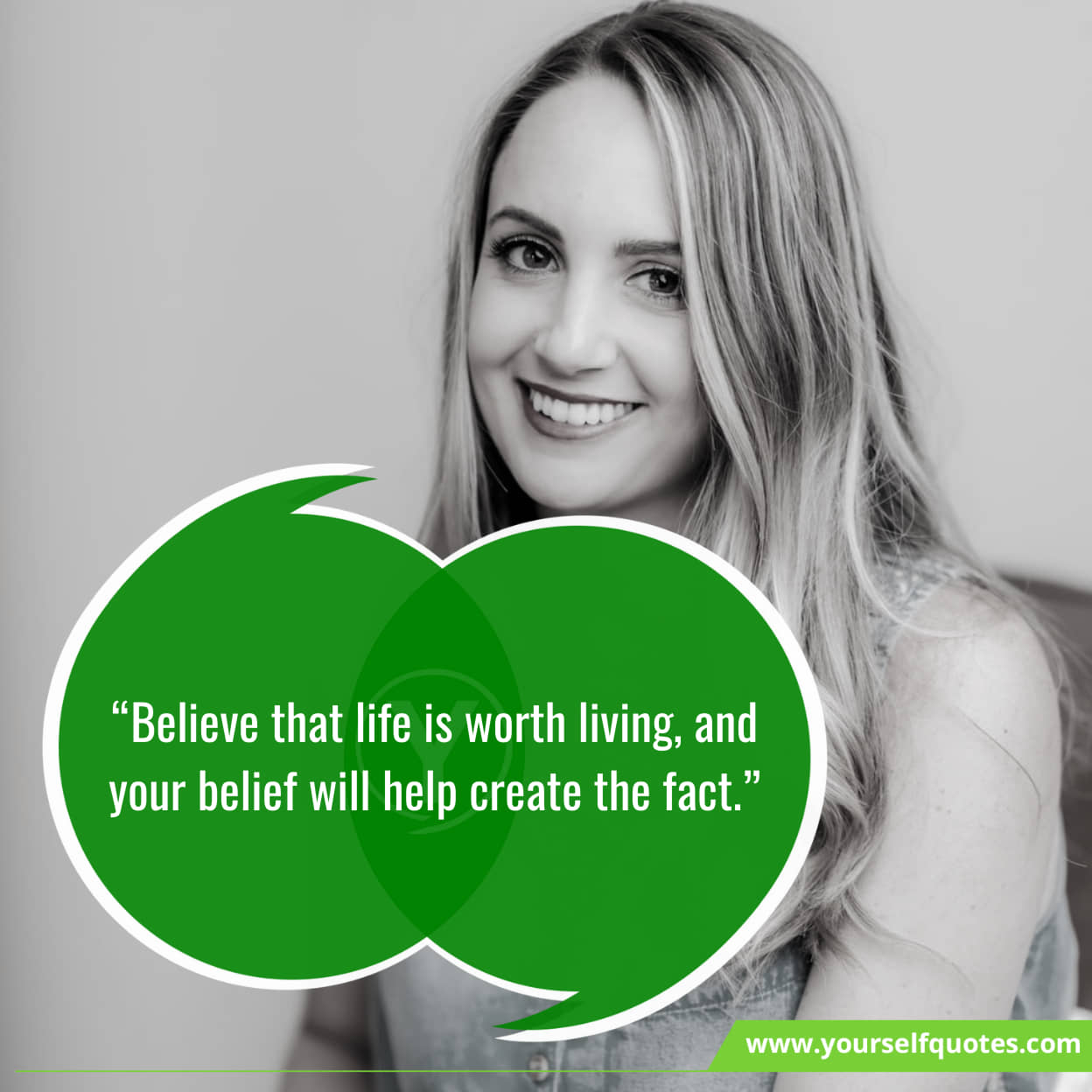 Which are your favorite Believing Quotes? Leave a comment below.