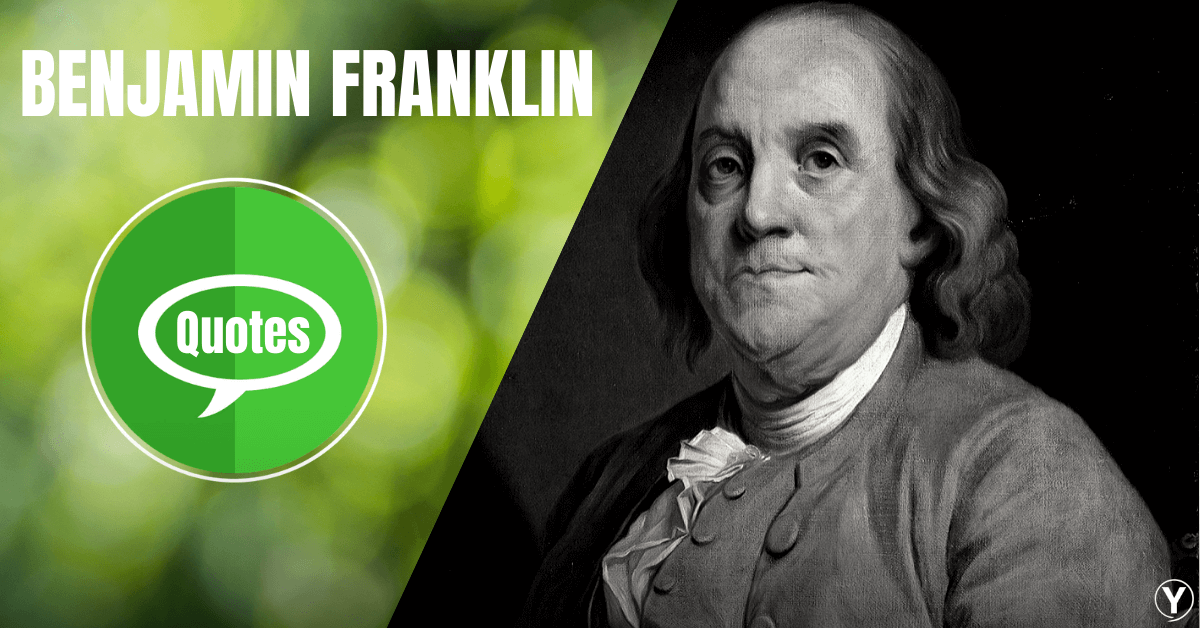 Benjamin Franklin was a prominent American Polymath. He was one of the Founding Fathers of the United States. Benjamin was also an eminent writer, painter, political philosopher, politician, Freemason, postmaster, scientist, inventor, humorist, civic activist, statesman, and diplomat. He was responsible for the foundation of many civic organizations, including the Library Company, Philadelphia’s first fire department, and the University of Pennsylvania.

Benjamin Franklin Family: Benjamin was born to Josiah Franklin and Abiah Folger. His father, Josiah was a tallow chandler, a soaper, and a candlemaker.

Benjamin Franklin was a renowned scientist. Hence he was considered to be a major figure in the American Enlightenment and the history of physics for his discoveries and theories regarding electricity. He was also an innovative innovator, he is known for the lightning rod, bifocals, and the Franklin stove, among other inventions. He earned the title of “The First American“ for his early and indefatigable campaigning for colonial unity, initially as an author and spokesman in London for several colonies.

He played a critical role in defining the American ethos as a marriage of the practical values of thrift, hard work, education, community spirit, self-governing institutions, and opposition to authoritarianism both political and religious, with the scientific and tolerant values of the Enlightenment.

In 1751, Benjamin became the first president of the Academy and College of Philadelphia, which later became the University of Pennsylvania. At the age of 23, Franklin became a successful newspaper editor and printer in Philadelphia, the leading city in the colonies, publishing the Pennsylvania Gazette. Franklin sought to cultivate his character by a plan of 13 virtues, which he developed at age 20 (in 1726) and continued to practice in some form for the rest of his life.

Franklin is a great personality to know about. So let’s explore out the best Benjamin Franklin Quotes that will make you a Polymath.

“Life’s tragedy is that we get old too soon and wise too late.” — Benjamin Franklin 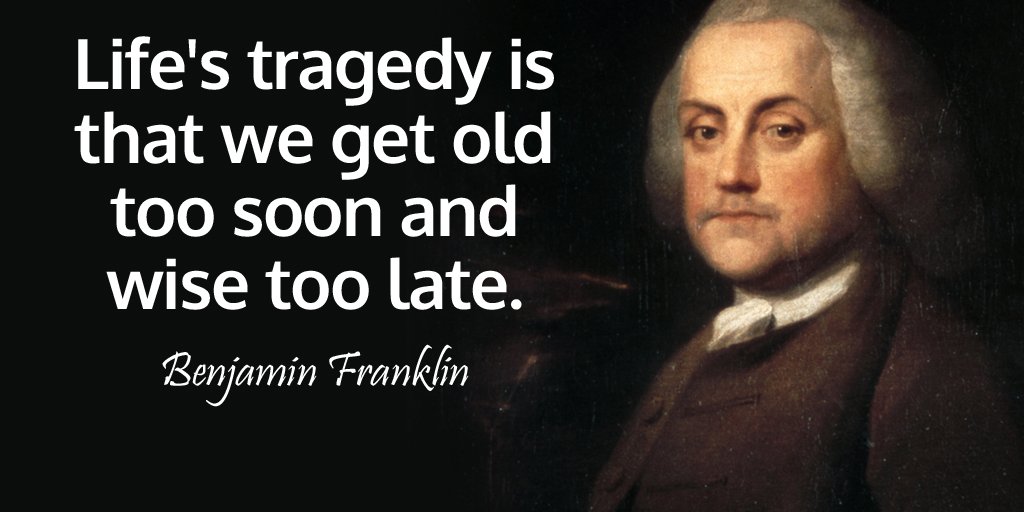 “You may delay, but time will not.” — Benjamin Franklin

“Tell me and I forget. Teach me and I remember. Involve me and I learn.” — Benjamin Franklin 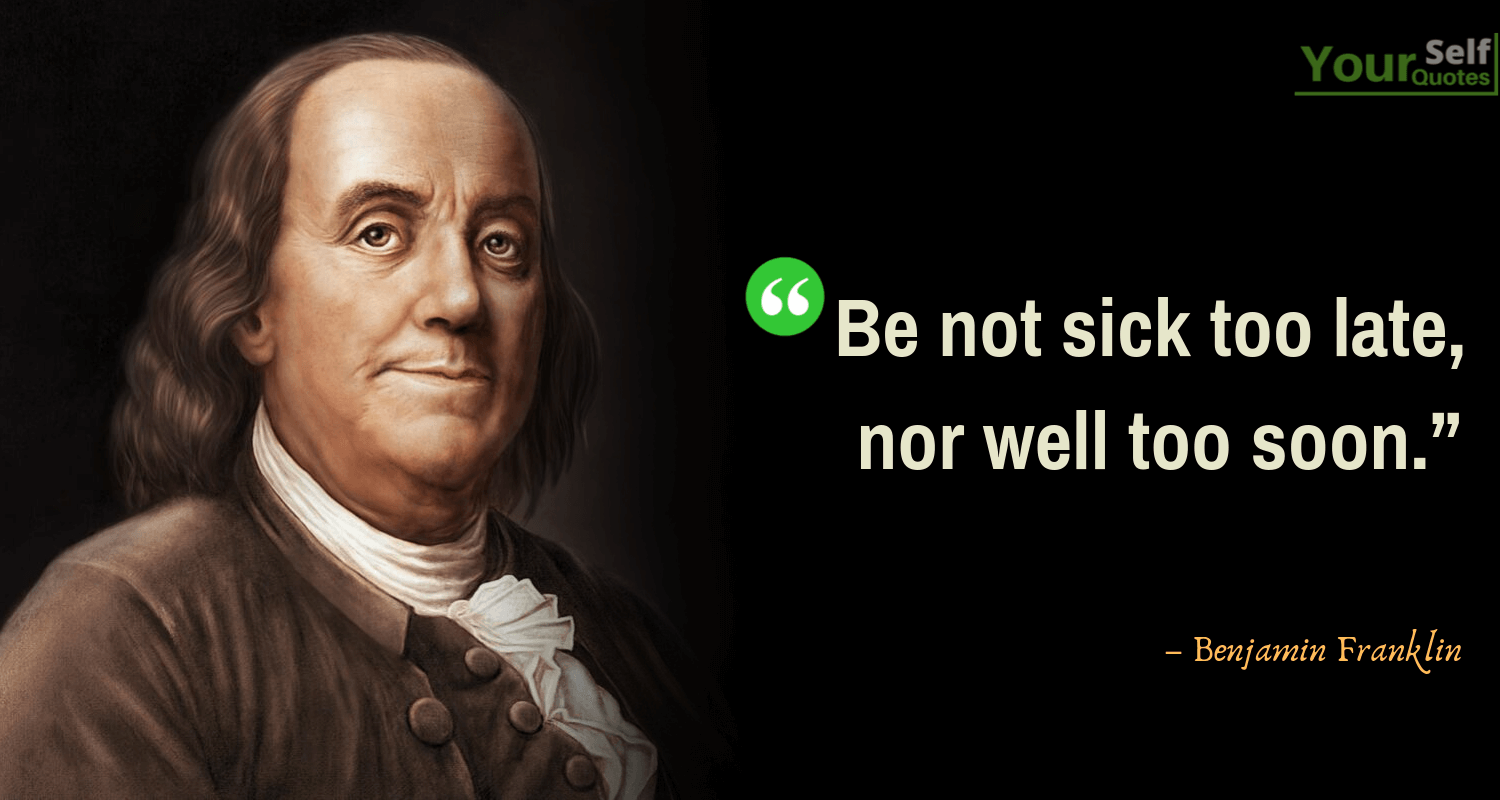 “Be not sick too late, nor well too soon.” — Benjamin Franklin 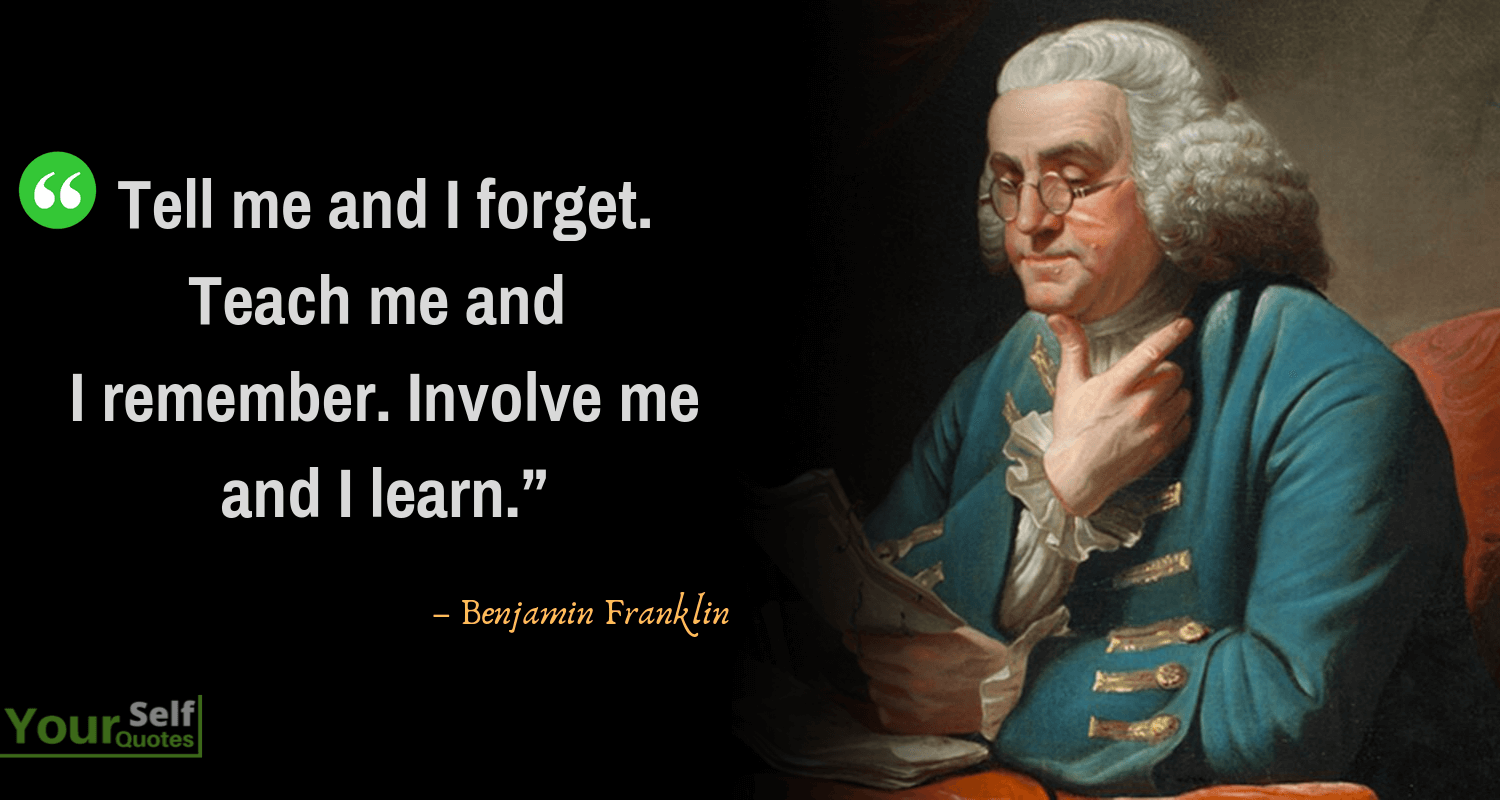 “Fear to do ill, and you need fear naught else.” — Benjamin Franklin 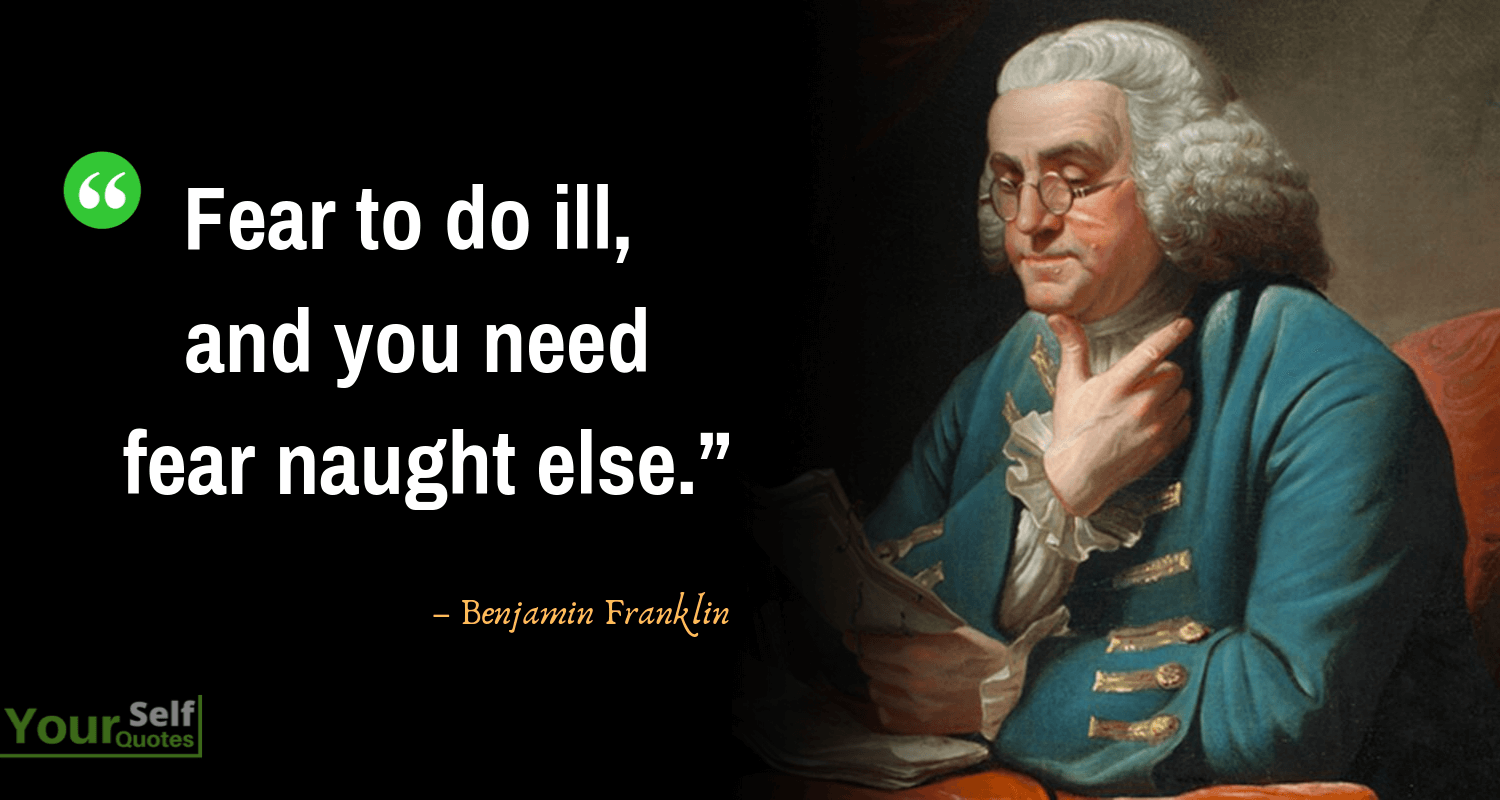 “An investment in knowledge pays the best interest.” — Benjamin Franklin

“A new truth is a truth, an old error is an error.” — Benjamin Franklin 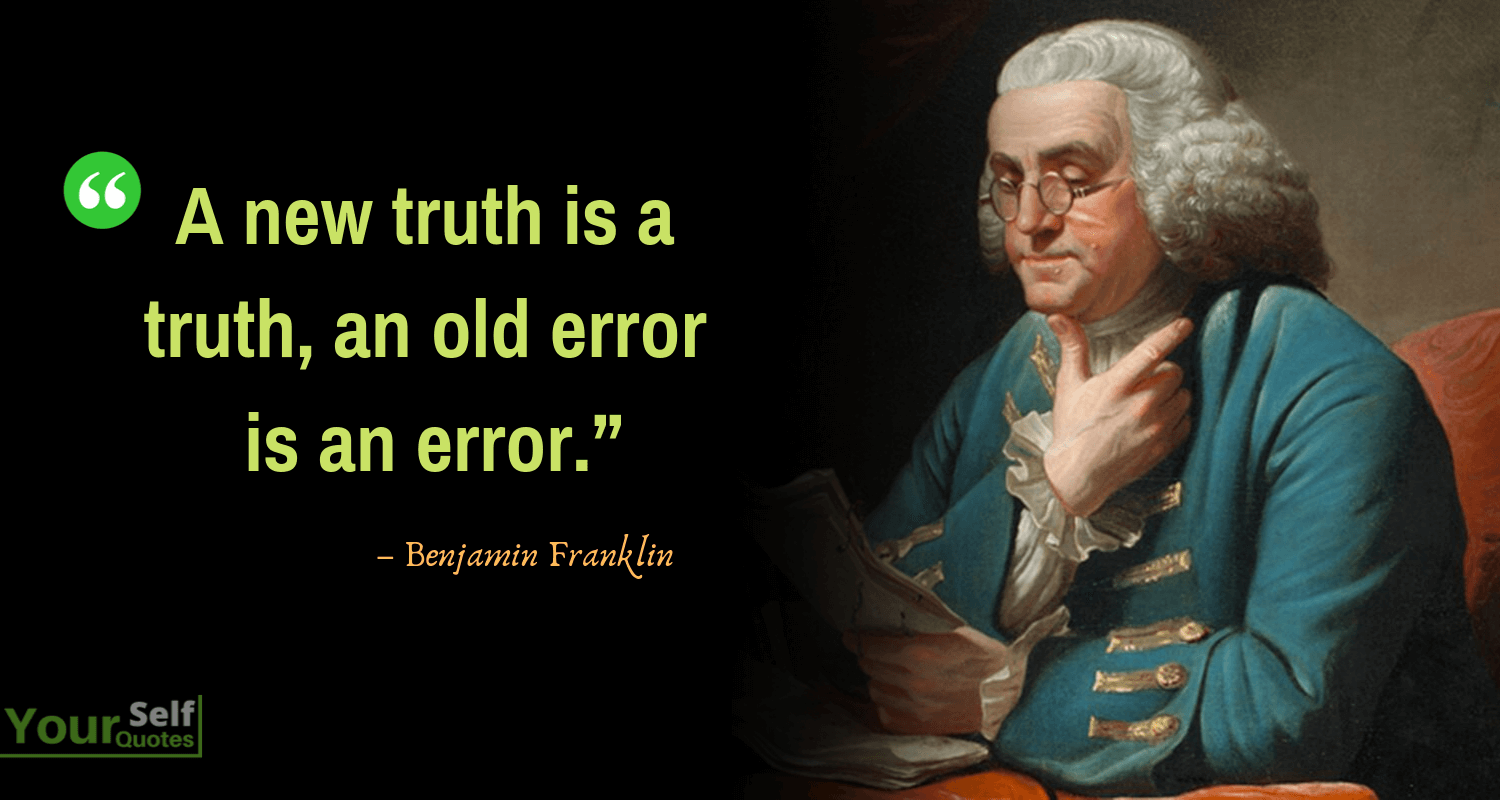 “A learned blockhead is a greater blockhead than an ignorant one.” — Benjamin Franklin 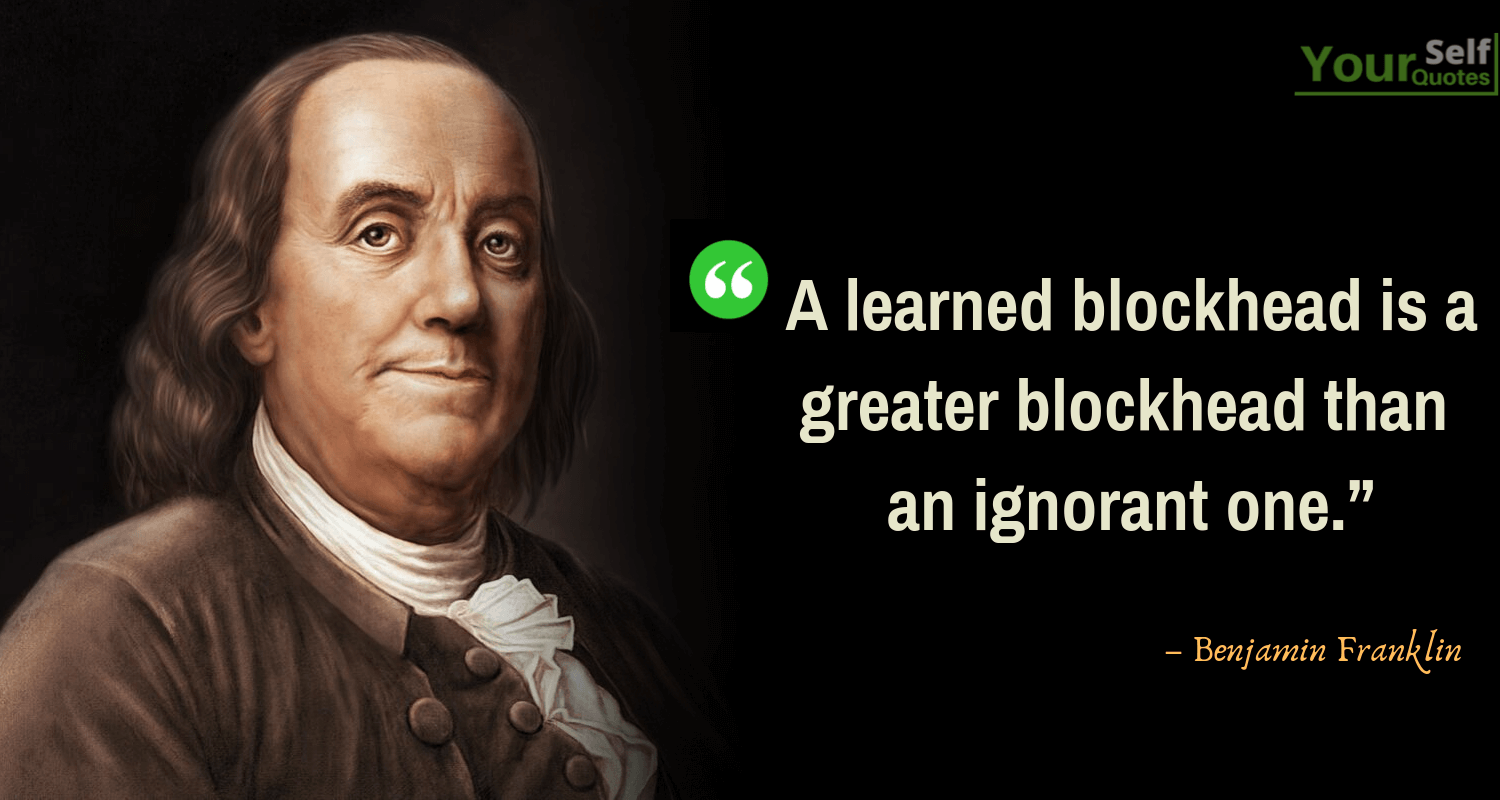 “An ounce of prevention is worth a pound of cure.” — Benjamin Franklin 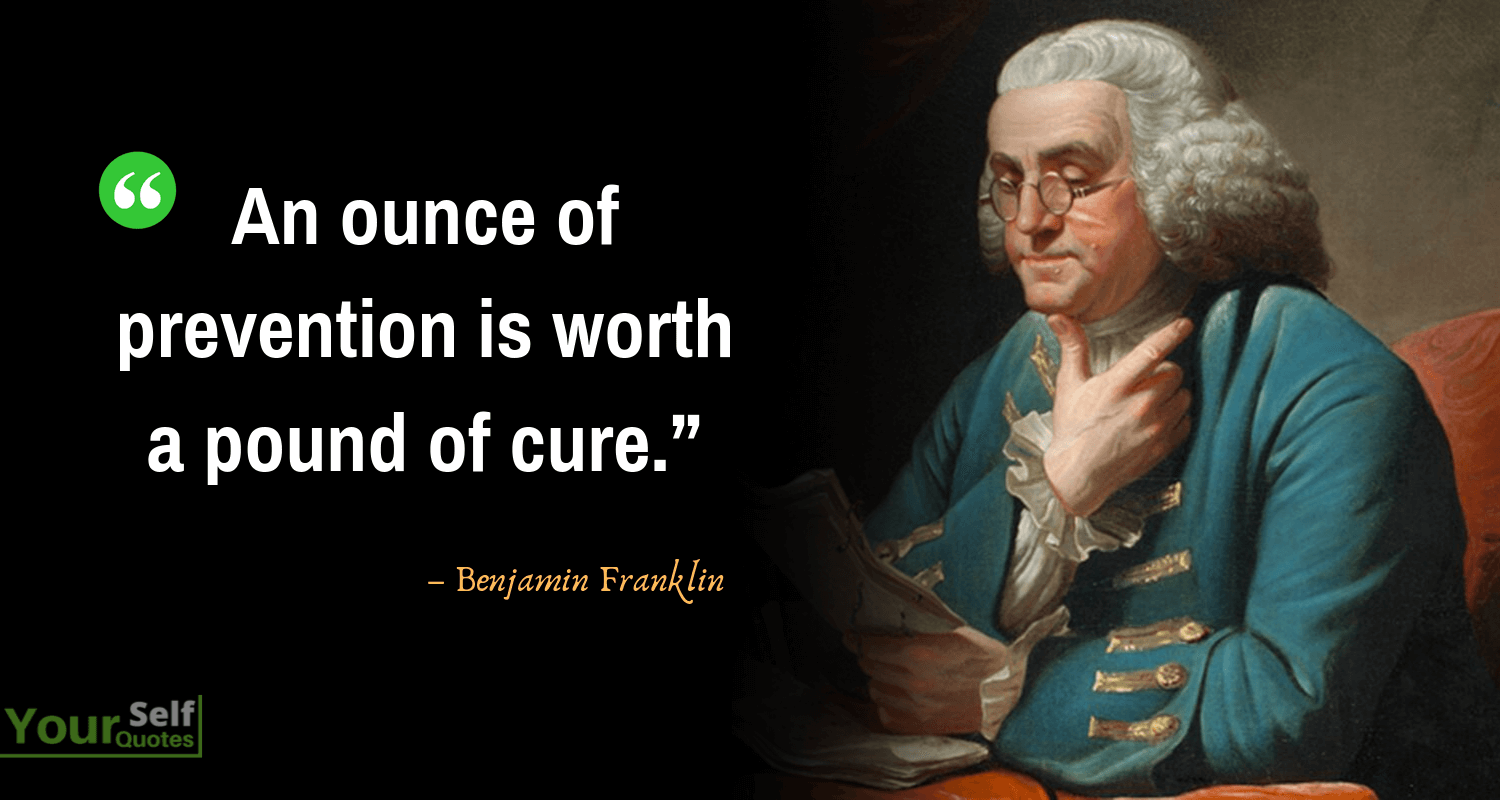 “By failing to prepare, you are preparing to fail.” — Benjamin Franklin 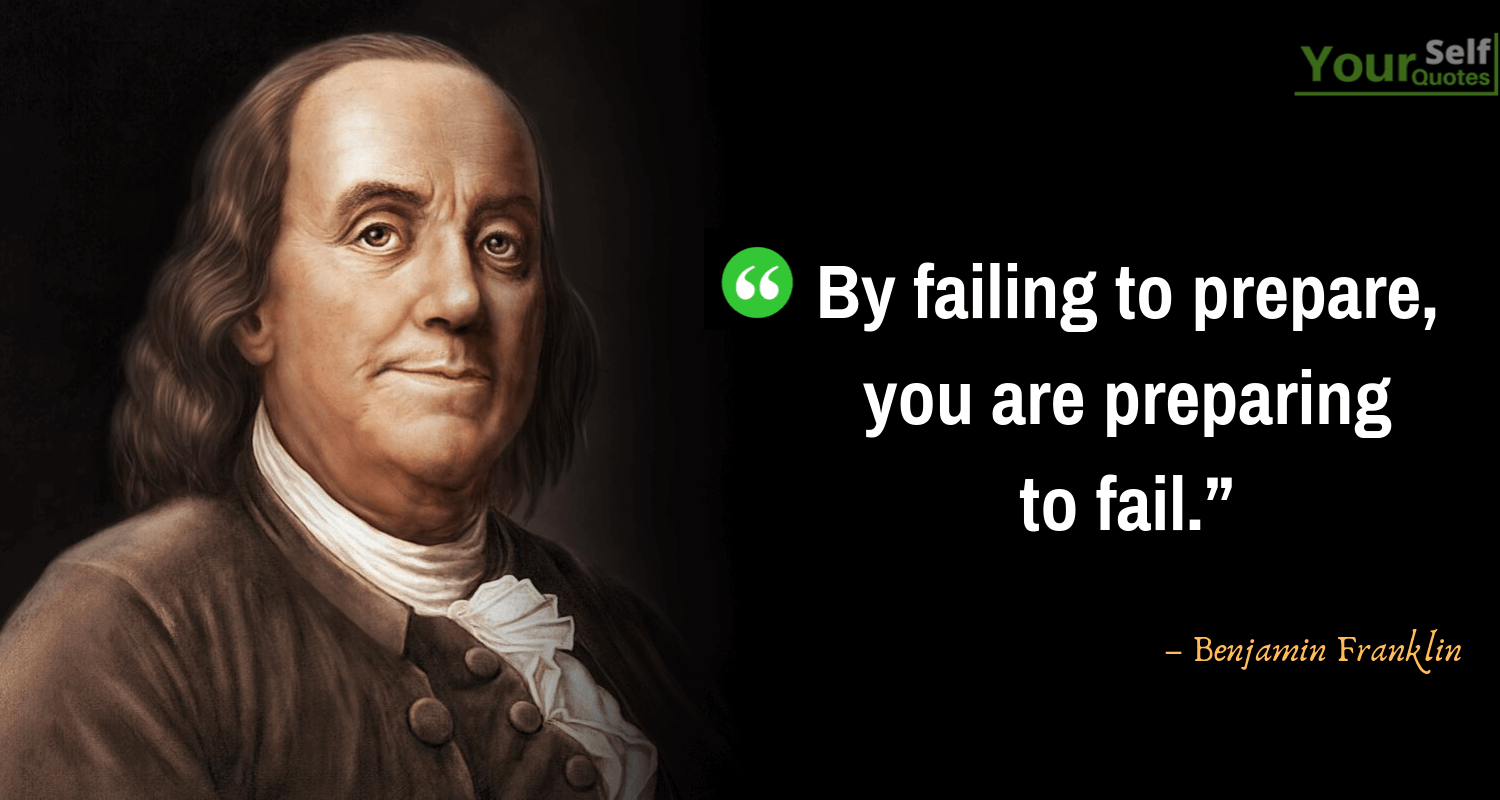 “They who can give up essential liberty to obtain a little temporary safety deserve neither liberty nor safety.” — Benjamin Franklin

“Distrust and caution are the parents of security.” — Benjamin Franklin

“Money has never made man happy, nor will it, there is nothing in its nature to produce happiness. The more of it one has the more one wants.” — Benjamin Franklin 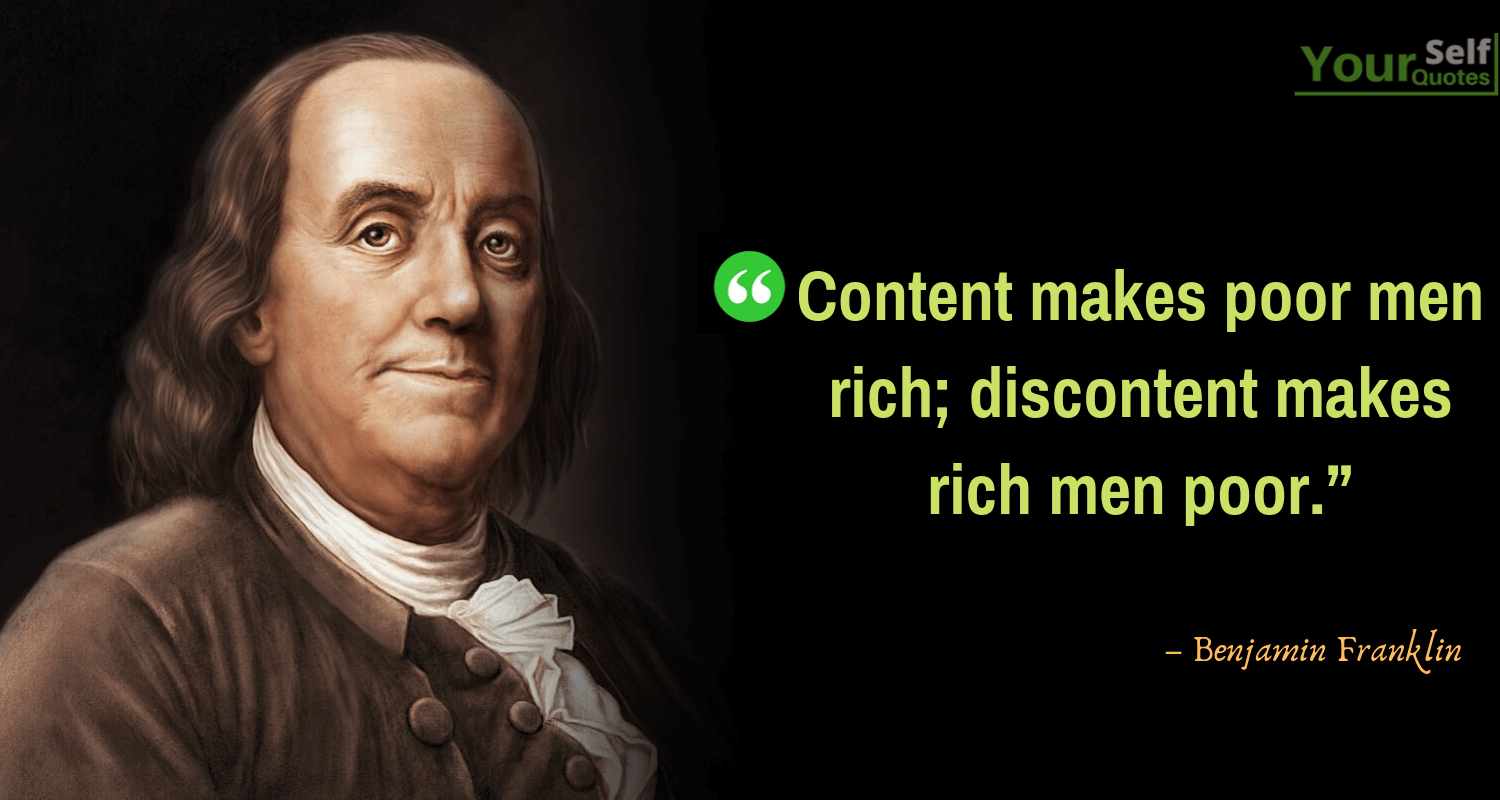 “Be at war with your vices, at peace with your neighbors, and let every new year find you a better man.” — Benjamin Franklin 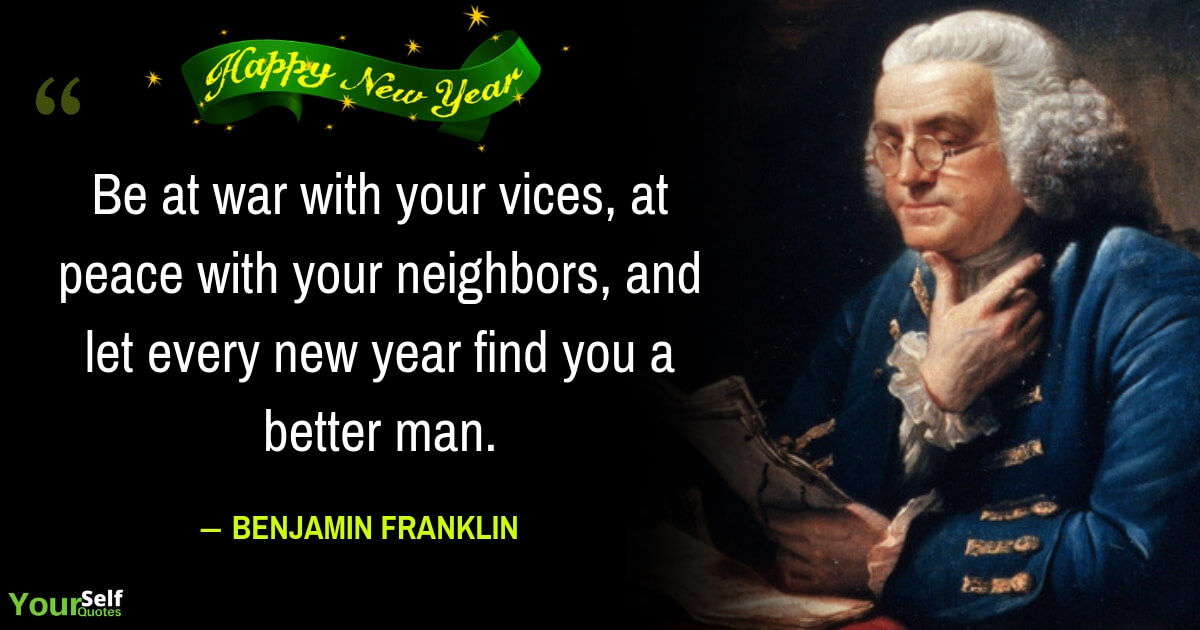 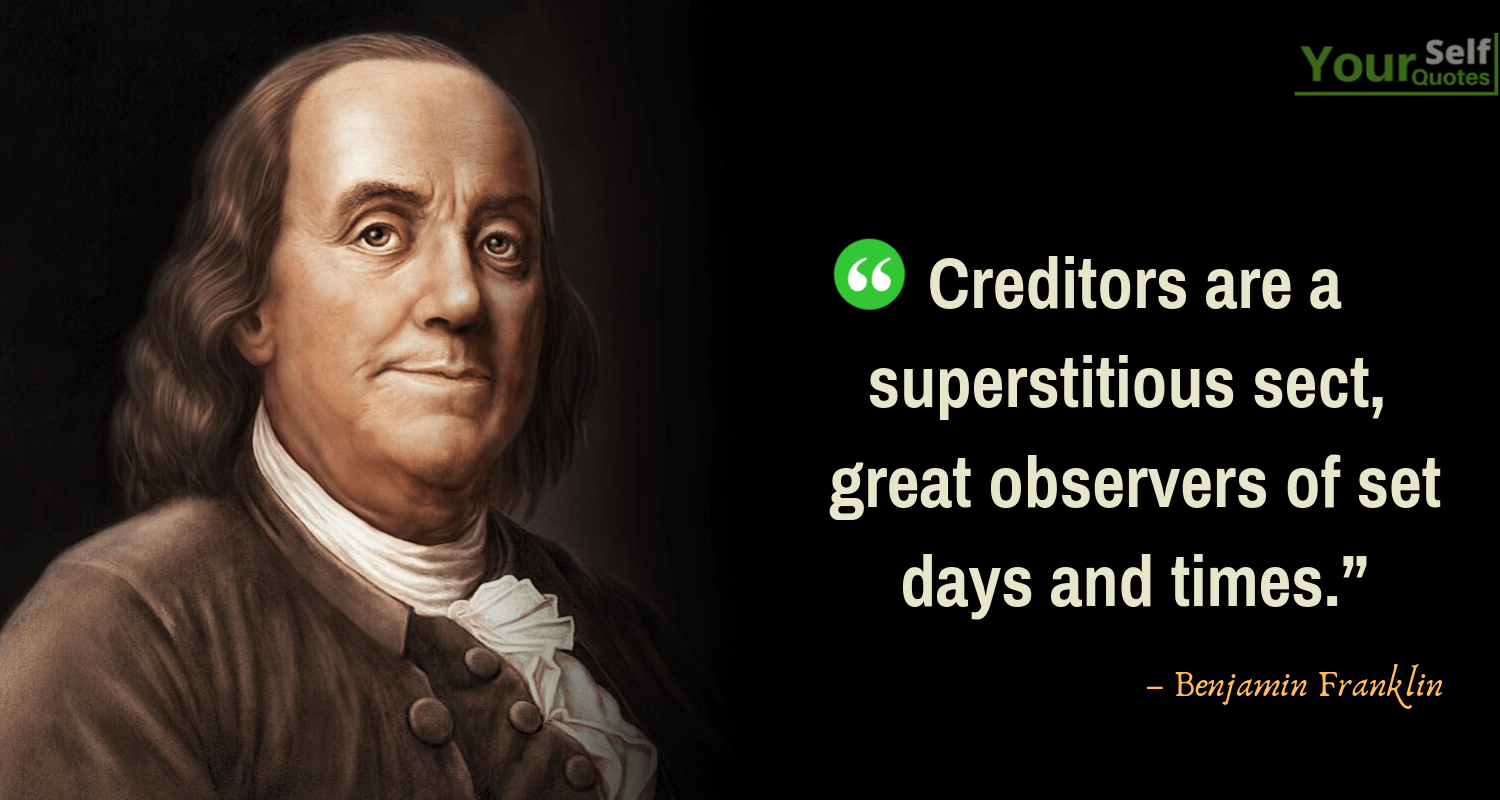 “Your net worth to the world is usually determined by what remains after your bad habits are subtracted from your good ones.” — Benjamin Franklin

“Be at war with your vices, at peace with your neighbors, and let every new year find you a better man.” —Benjamin Franklin

“He who can have patience can have what he will.” —Benjamin Franklin

“Let all of your Things have their Places. Let each Part of your Business have its Time.”— Benjamin Franklin 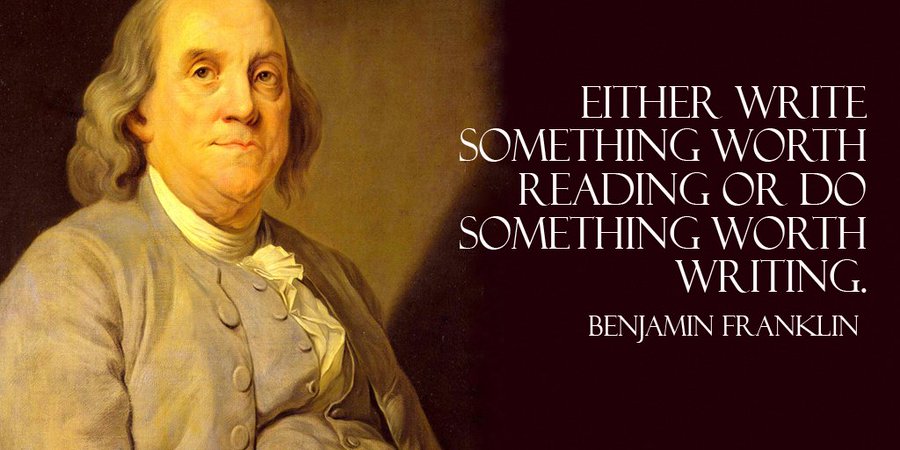 “Use now and then a little Exercise a quarter of an Hour before Meals, as to swing a Weight, or swing your Arms about with a small Weight in each Hand; to leap, or the like, for that stirs the Muscles of the Breast.” — Benjamin Franklin 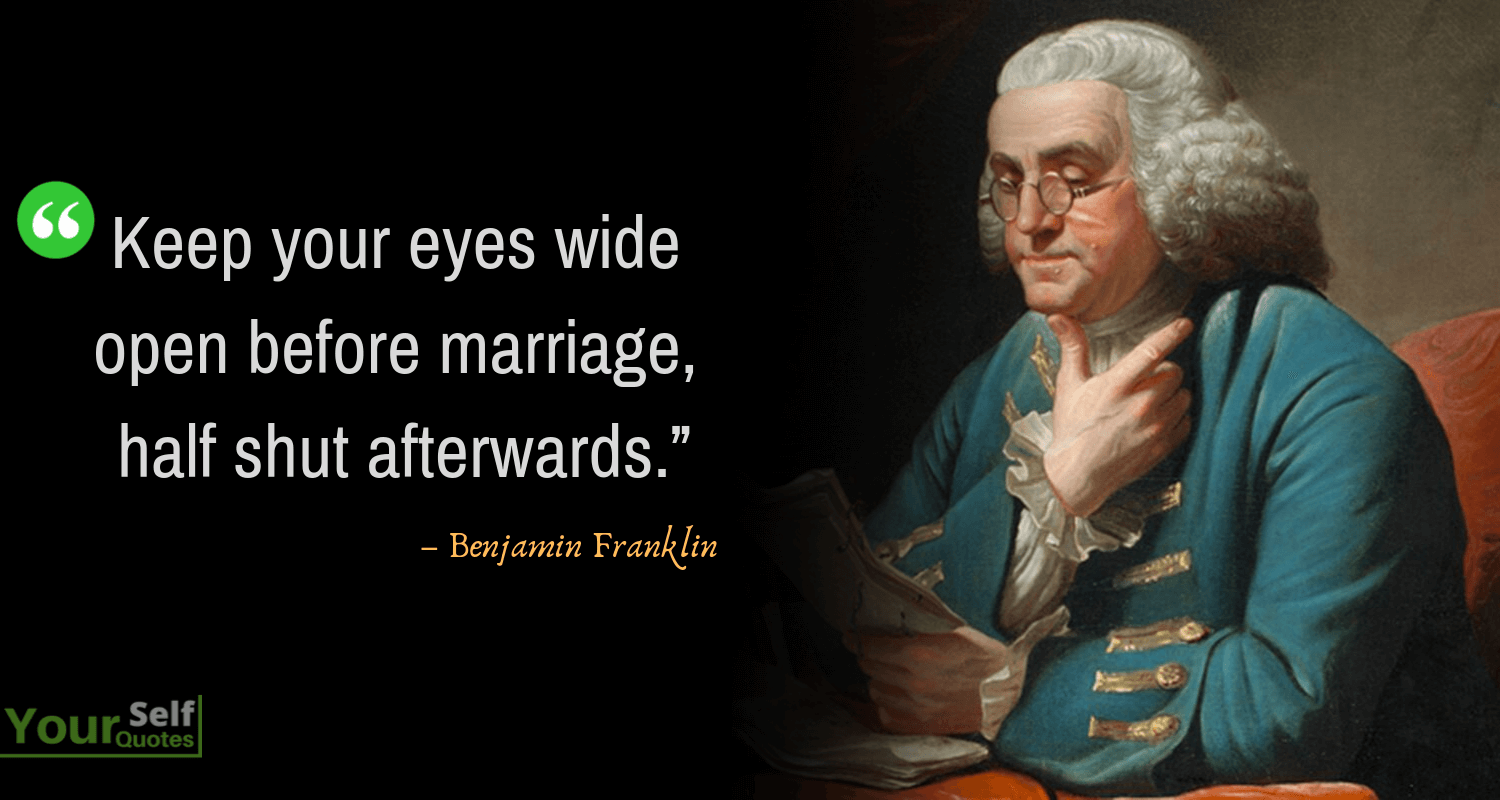 “To succeed, jump as quickly at opportunities as you do at conclusions.” — Benjamin Franklin 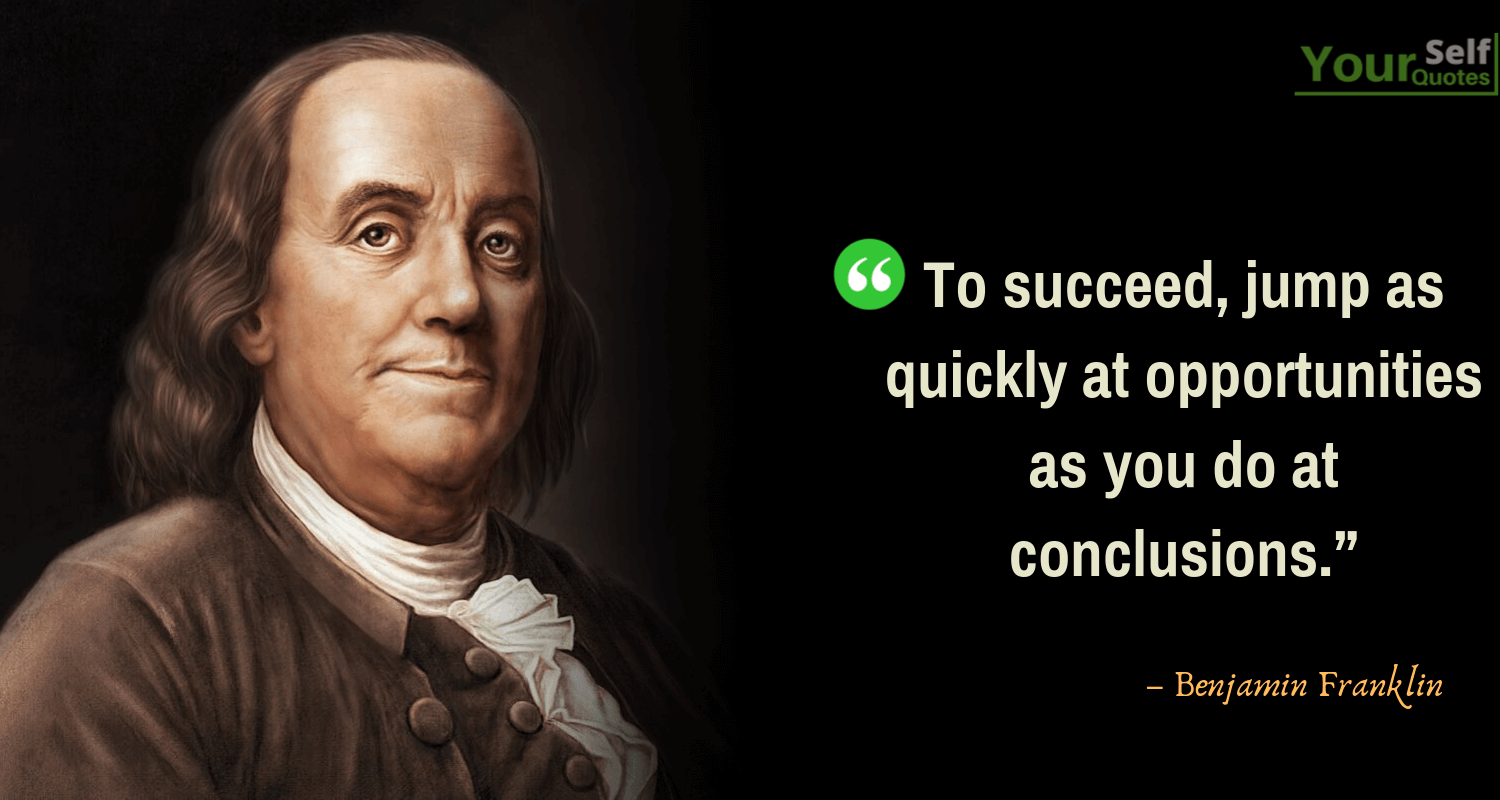 “If you can’t pay for a thing, don’t buy it. If you can’t get paid for it, don’t sell it. Do this, and you will have calm and drowsy nights, with all of the good business you have now and none of the bad. If you have time, don’t wait for time.” — Benjamin Franklin 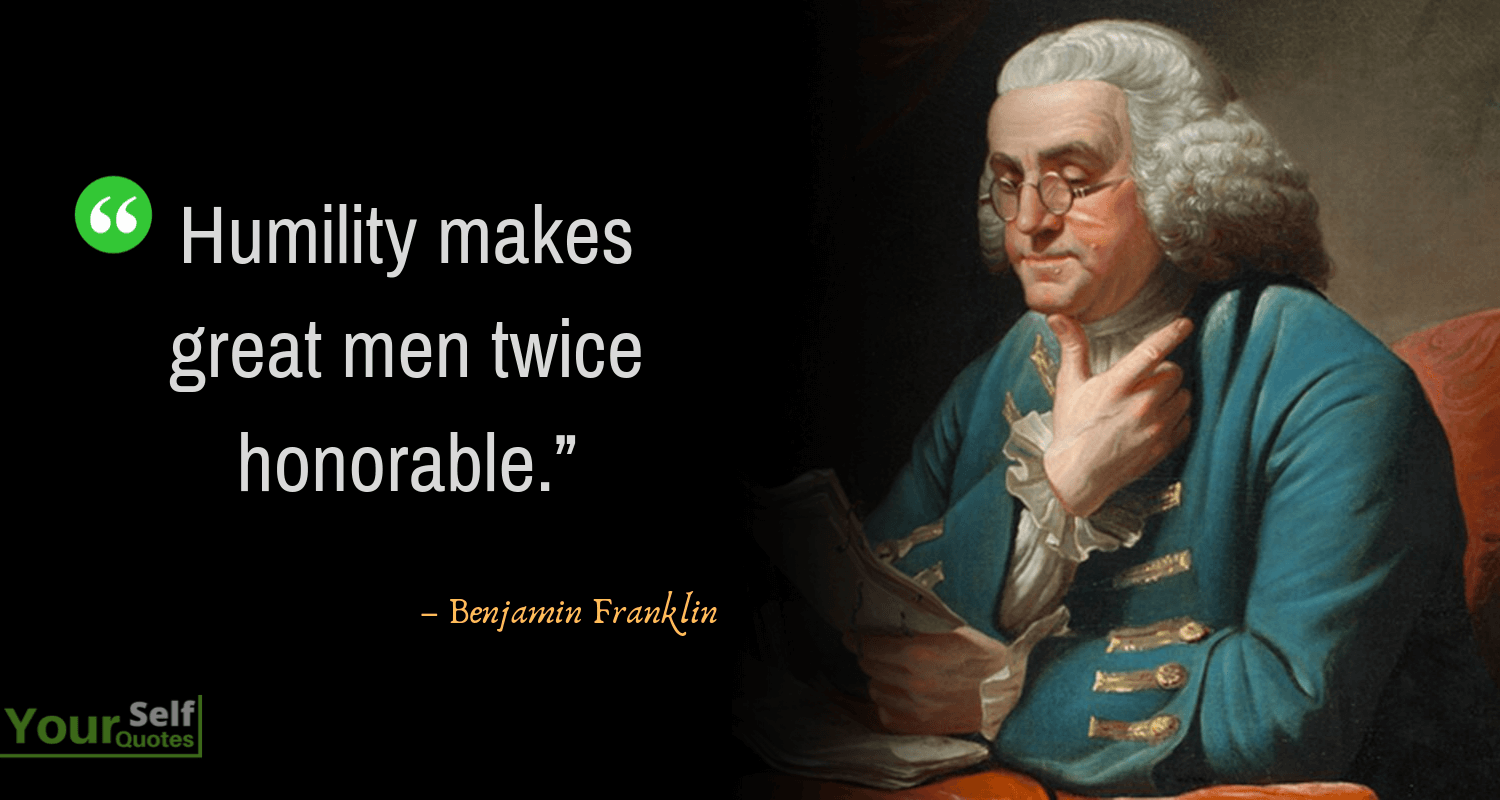 “There is much difference between imitating a man and counterfeiting him.” — Benjamin Franklin 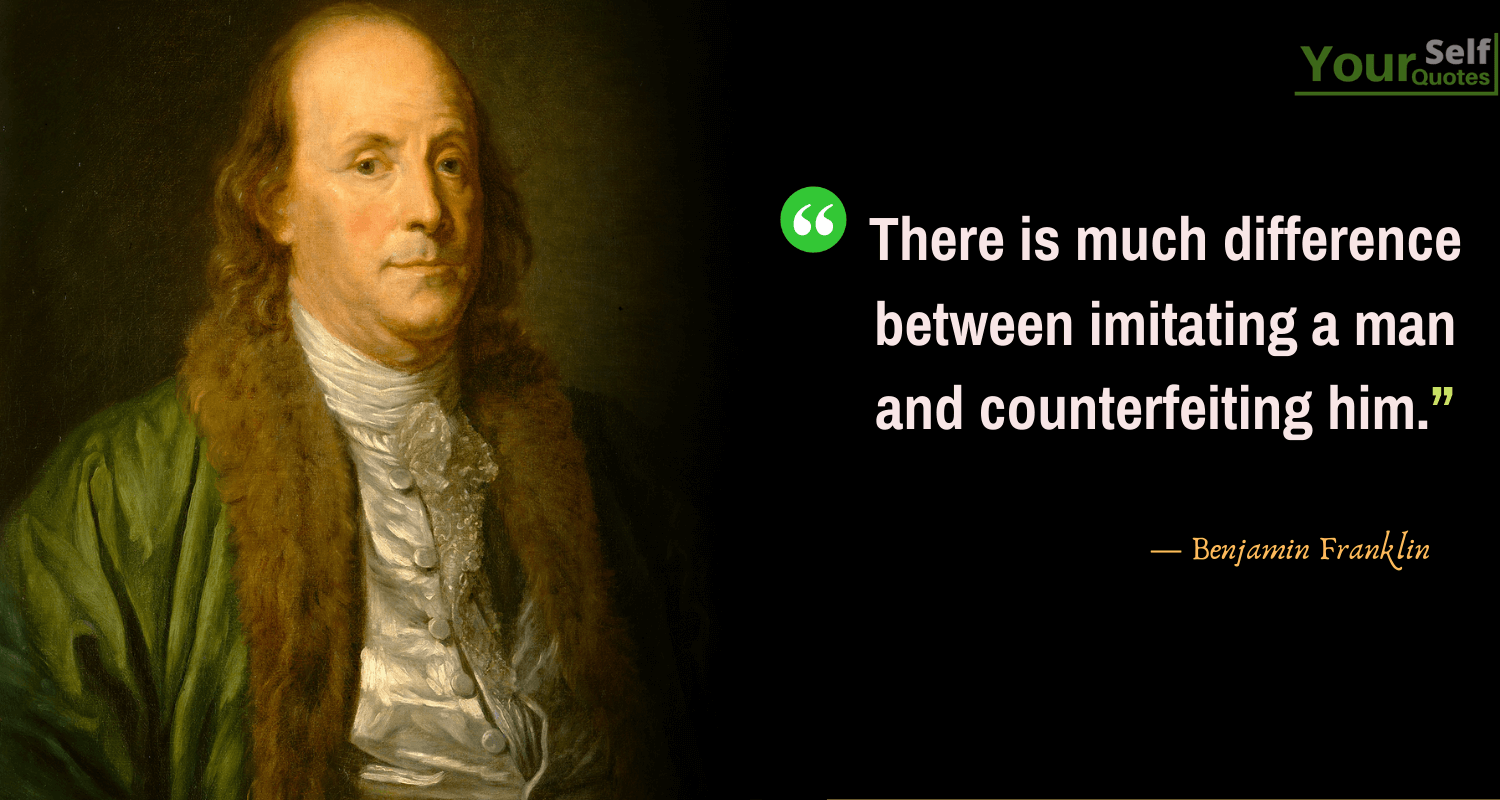 “A house is not a home unless it contains food and fire for the mind as well as the body.” — Benjamin Franklin 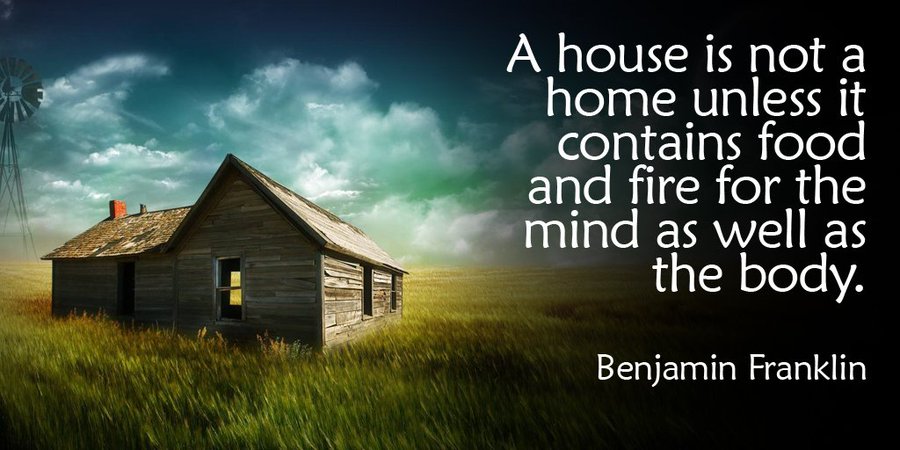 “Whoever would overthrow the liberty of a nation must begin by subduing the freshness of speech.” — Benjamin Franklin

“There are three faithful friends: an old wife, an old dog, and ready money.” — Benjamin Franklin

“We are all born ignorant but one must work hard to remain stupid.” — Benjamin Franklin 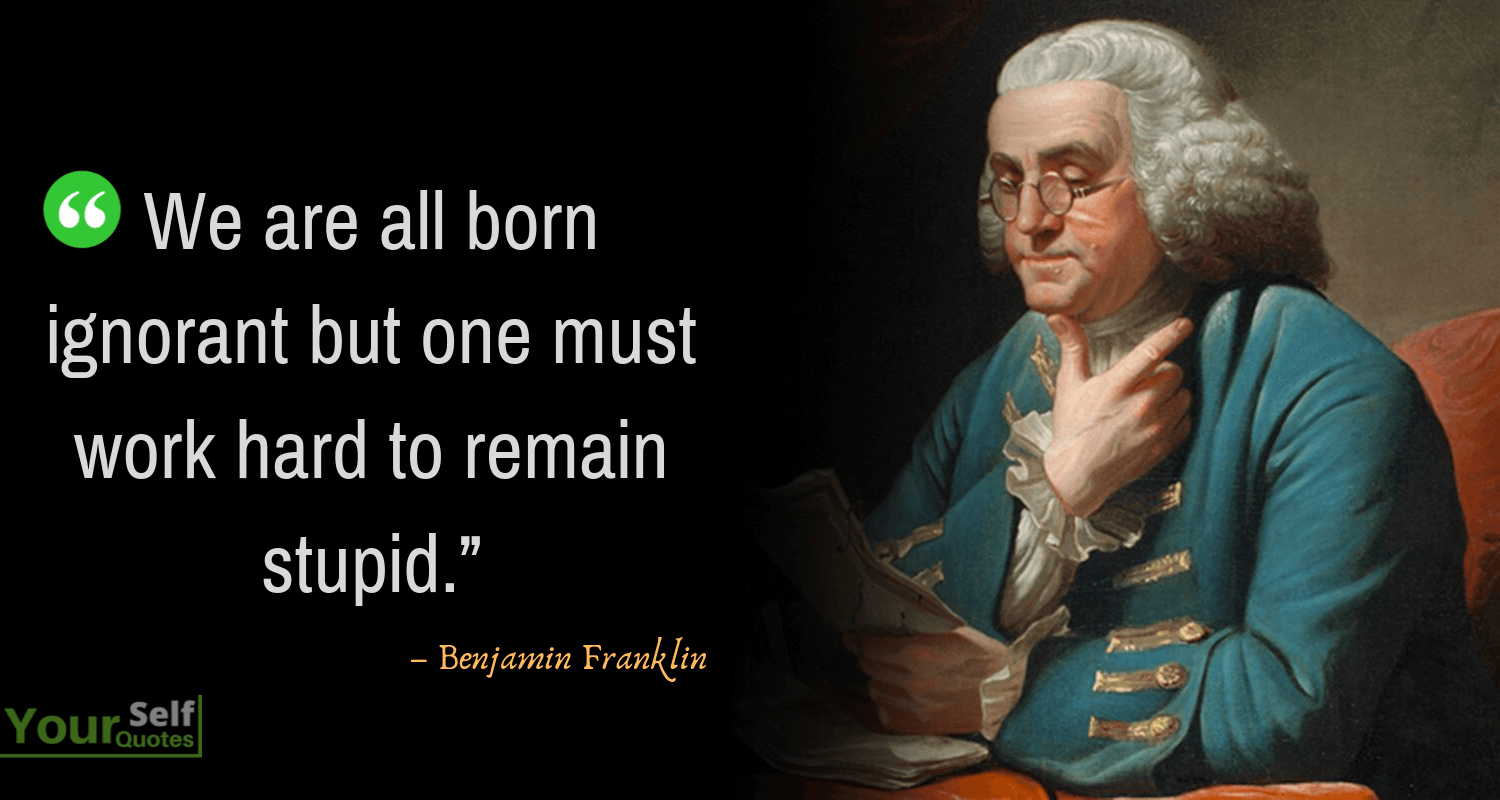 “Any fool can criticize, condemn and complain and most fools do.” — Benjamin Franklin 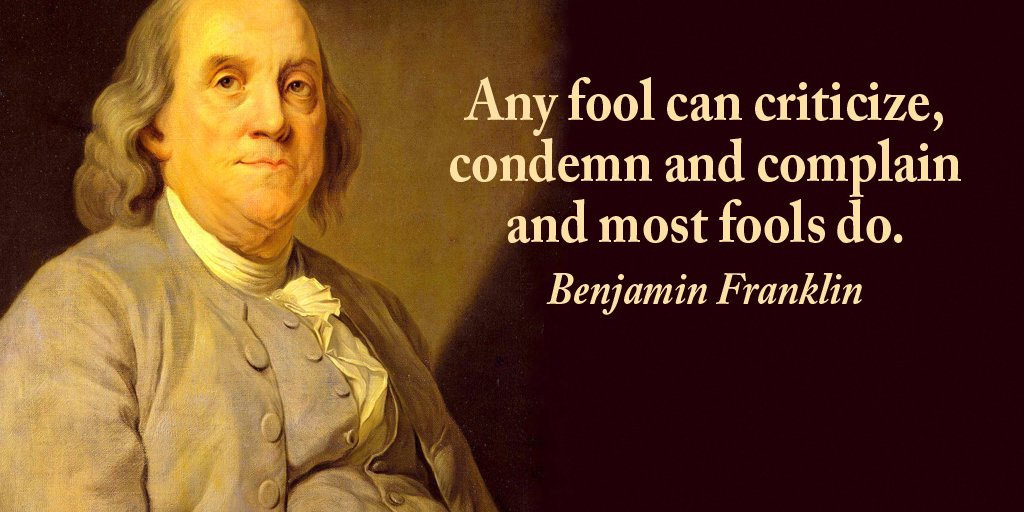 “If you love life, don’t waste time, because time is what life is made of.” — Benjamin Franklin 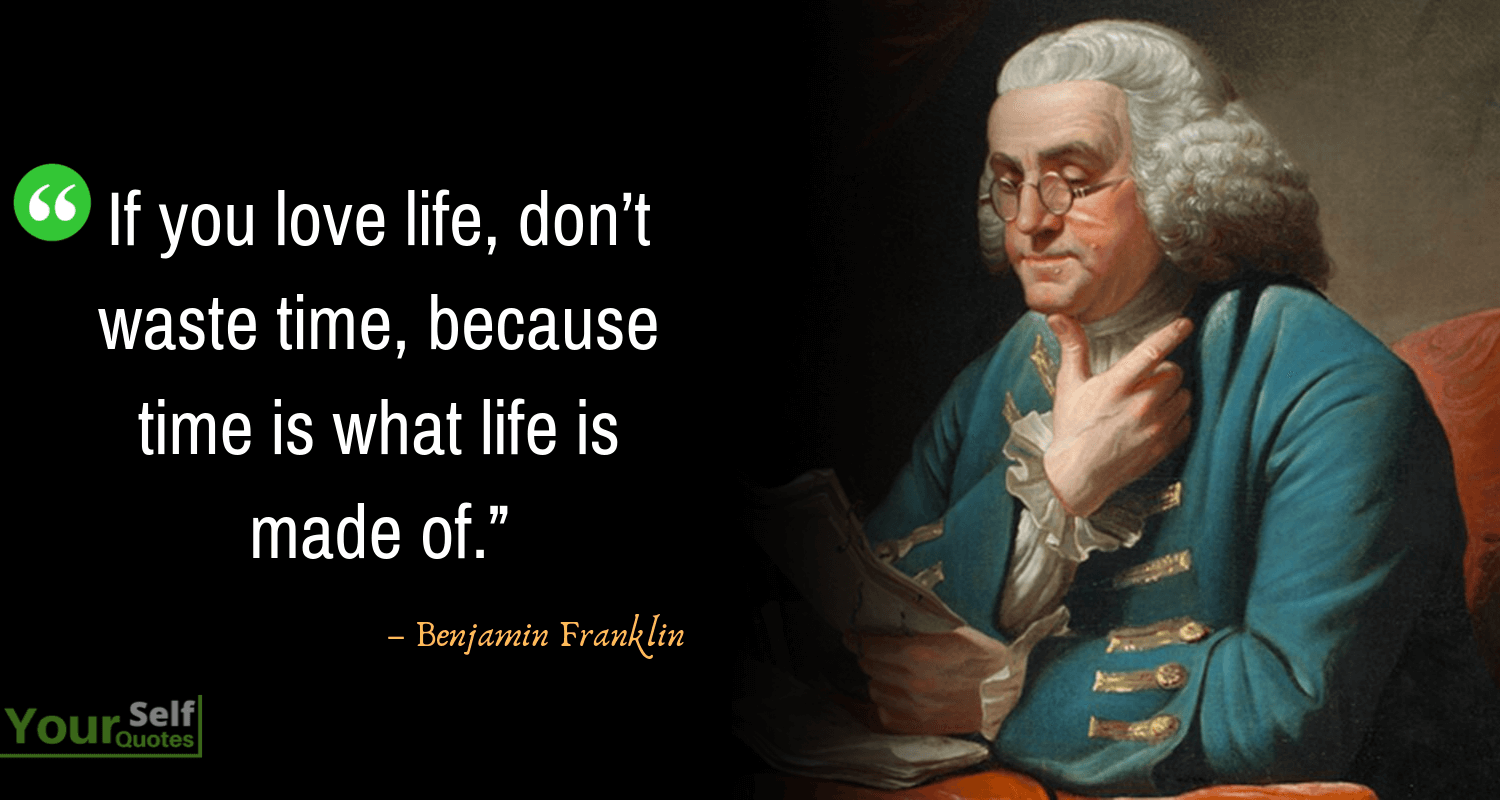 Benjamin Franklin was a leading American Polymath. Apart from being a notable polymath, he was indulged in many other activities. He was very much active in community affairs and colonial and state politics, as well as national and international affairs.

He was honored for more than two centuries even after his death on coinage and the $100 bill, warships, and the names of many towns, counties, educational institutions, and corporations, as well as countless cultural references. This was all because of his colorful life and legacy of scientific and political achievement, and his status as one of America’s most influential Founding Fathers. Benjamin died on 17th April 1790.

Franklin is one of the most discussed personalities. I hope you enjoyed knowing about him. If yes, then do share these amazing Benjamin Franklin Quotes Images with your family, friends, and loved ones.

Dalai Lama Quotes to Turn Your Image into a Better Personality