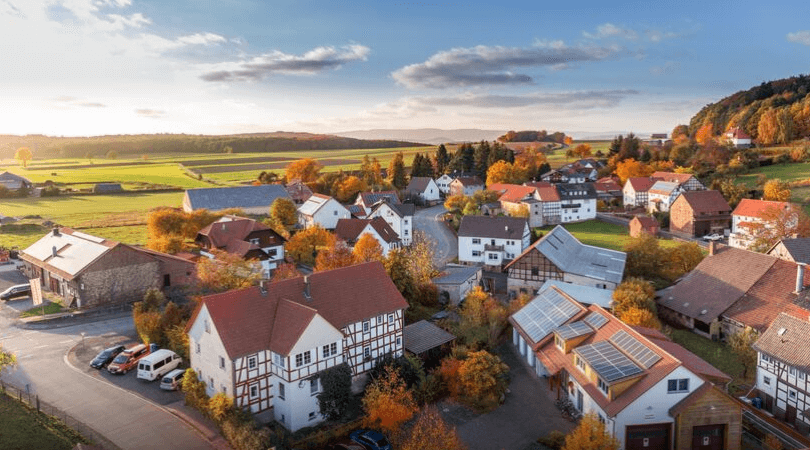 There are differing opinions when choosing to live in the city or countryside. Both come up with different advantages and drawbacks as well. Some define city life as dense population, air pollution, water pollution, sound pollution, and stressful life are some common scenario. While rural is viewed as an open space of land that has few homes or other buildings, and not very many people. A rural areas population density is very low.

Living in the city and countryside are very different. But most of the time, people from urban areas are dependent on cities for things such as better education and treatment. When it comes to weighing out the differences between city and urban living experiences, it can be difficult to determine what’s true and what’s merely a humorous stereotype. Below, we’ll walk through the differences between city and rural living.

The cost of buying a home is typically higher in big cities than in rural settings. If you have your heart set on living in the city but think you can’t afford it, consider looking in a different neighborhood, or in a smaller city altogether. You might be surprised by the affordable prices you can find. For example, the average cost of homes for sale in Boston is climbing while neighboring rural areas are more affordable.

If you’re living in a rural setting, there’s typically no way around it, you’ll need a vehicle. There is no other way to get from place to place.

Living in a big city, a car might not be necessary. More than likely, you’ll ride a subway, train, bus, or another form of public transportation everywhere you go. Otherwise, you’ll walk. Having a car in a big city can be a major headache, the traffic is crazy, there’s no place to park and it’s often faster to walk than to drive.

Big city homes typically do not offer much space. Of course, there’s an exception to every rule, but this rule is pretty hard and fast. In rural settings, you’ll have enough space for anything you can imagine. City houses are roughly the same size as the houses you’ll find in the rural areas, however, you may be able to find larger houses for more affordable prices, since many country houses are older.

Living in rural areas, your eating-out options are confined to chain restaurants and maybe a handful of mom-and-pop places, however, most cities are populated with delicious food. Within a mile radius, you may find, Mexican food, pizza, Moroccan, American, and Thai restaurants, and most likely can walk to all of them from your home.

The debate of whether to live in the suburbs or the city is a never-ending battle. It comes down to your preference and budget, so go with your gut and you’ll make the right choice.

Why Do Leaking Basement From The Floor Occurs?

Qualities of a High-Standard Swimming Pool