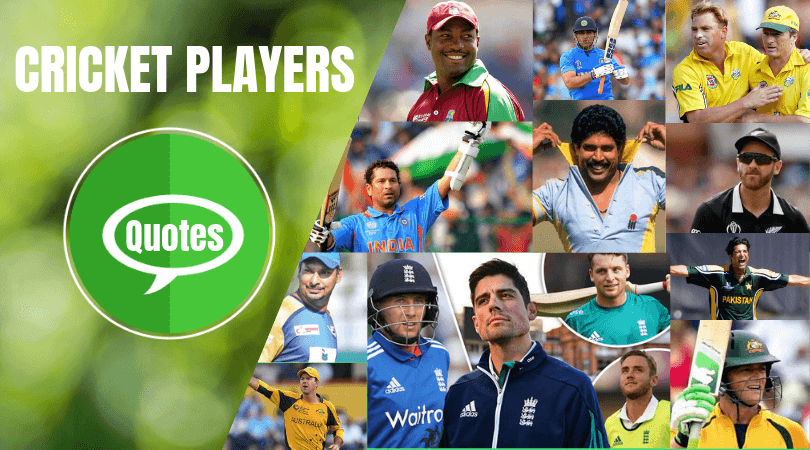 Are you excited about the game? Do you love the style of your favorite player?

If YES, then you must be a diehard fan of cricket. Indeed, cricket is such an interesting and eye-captivating game that you will love to watch and play it. Playing cricket will never bore you, no matter what’s your age, no matter whether you are on holiday or on a weekday, you will love to spend your time watching it.

It all began in the late 16th century. The game of cricket was originated in South-East England. And it became the national sport of the country in the 18th century. The current status of the game is that it is the World’s Second Most Popular Spectator Sport after football.

Starting from International matches one-day, test-cricket and now the most popular form IPL i.e. Indian Premier League is what all people are fond of. The first international game of cricket was played between the US and Canada in 1844. India played its first game against England in 1932, which was led by CK Naidu. In those days CK Naidu and Ranjit Sinhji were the most famous cricketers in India. And this list of cricketers is endless.

Nowadays it can be seen that special screenings and premiers are held at various places so that the general public can enjoy seeing the game on a large big screen. People are so crazy about the game that they design themselves in the cricket fever. Some try to get tattoos of their favorite player, some try to copy the style of the favorite cricketer. And this cricket fever is heavy on everyone.

The style of playing and other eminent qualities of your favorite players do affect your thinking and make them your idol. So let’s go through some of the most inspiring Quotes of Cricket Players around the world.

“I was always fiercely determined and driven to succeed.” ― Ricky Ponting 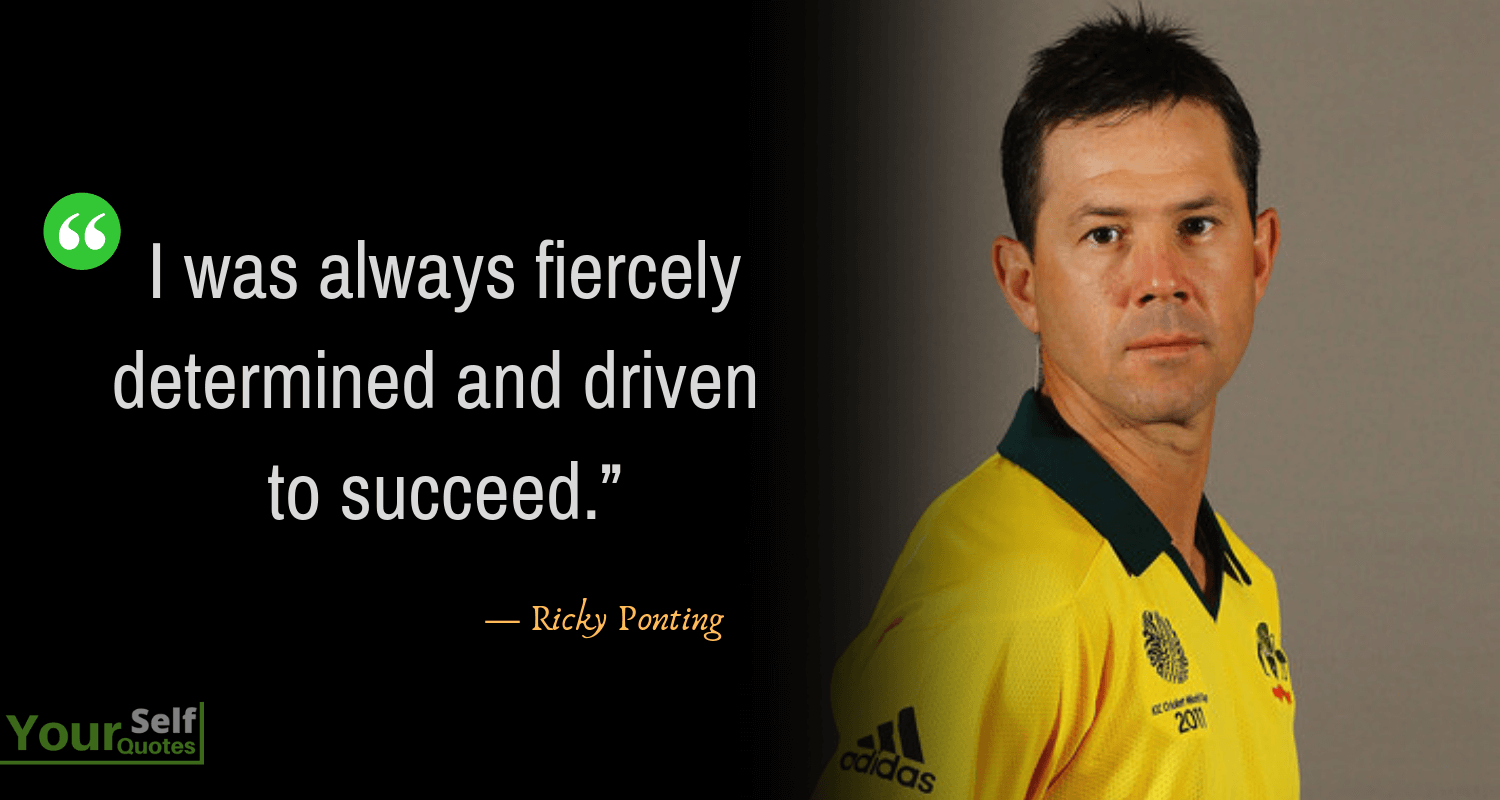 “A wise man learns by the mistakes of others, a fool by his own.” ―Adam Gilchrist 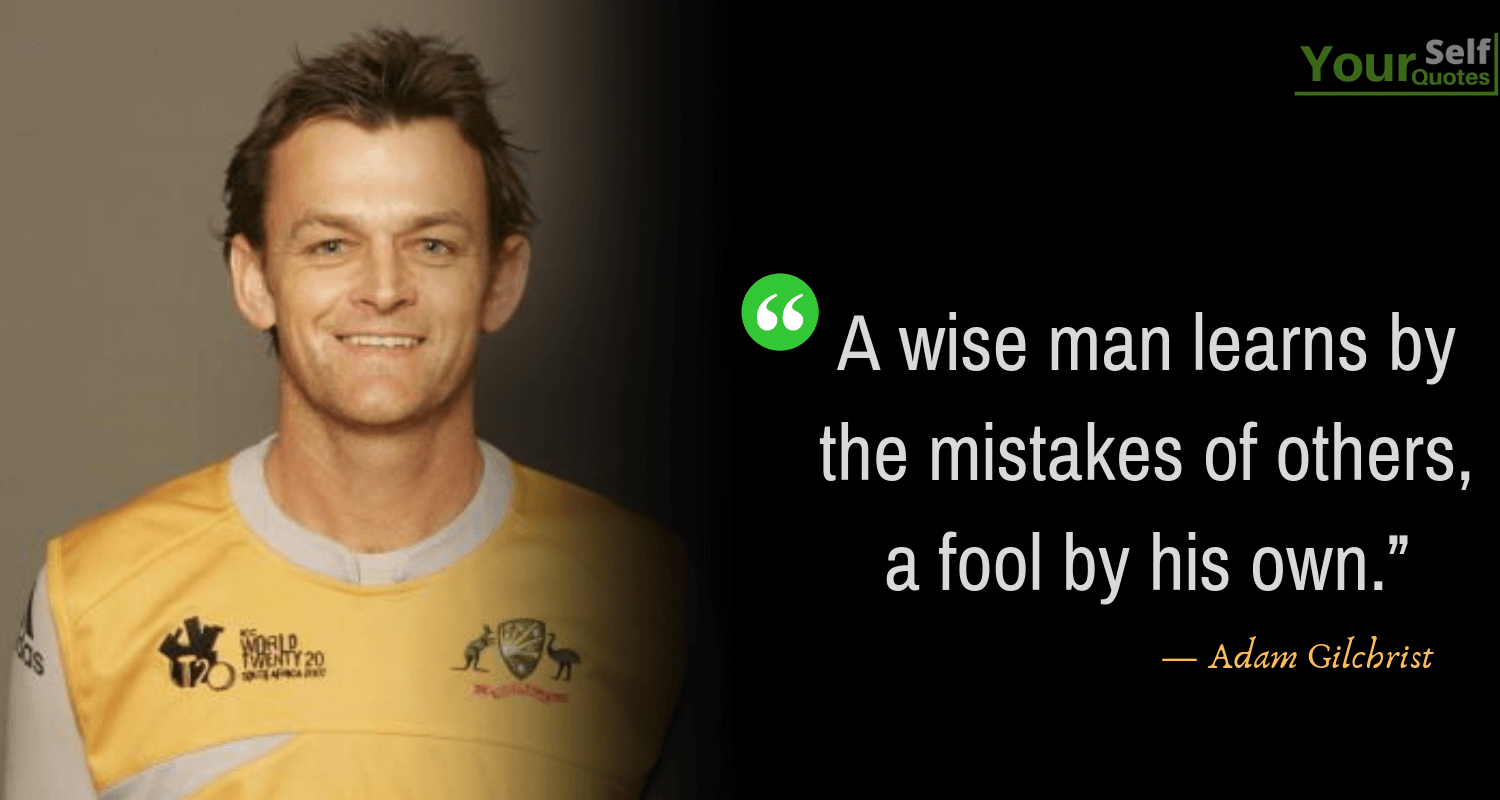 “First of all, convince yourself that you’re the best, because the rest of the world is going to go proving this to others.” ― Wasim Akhram 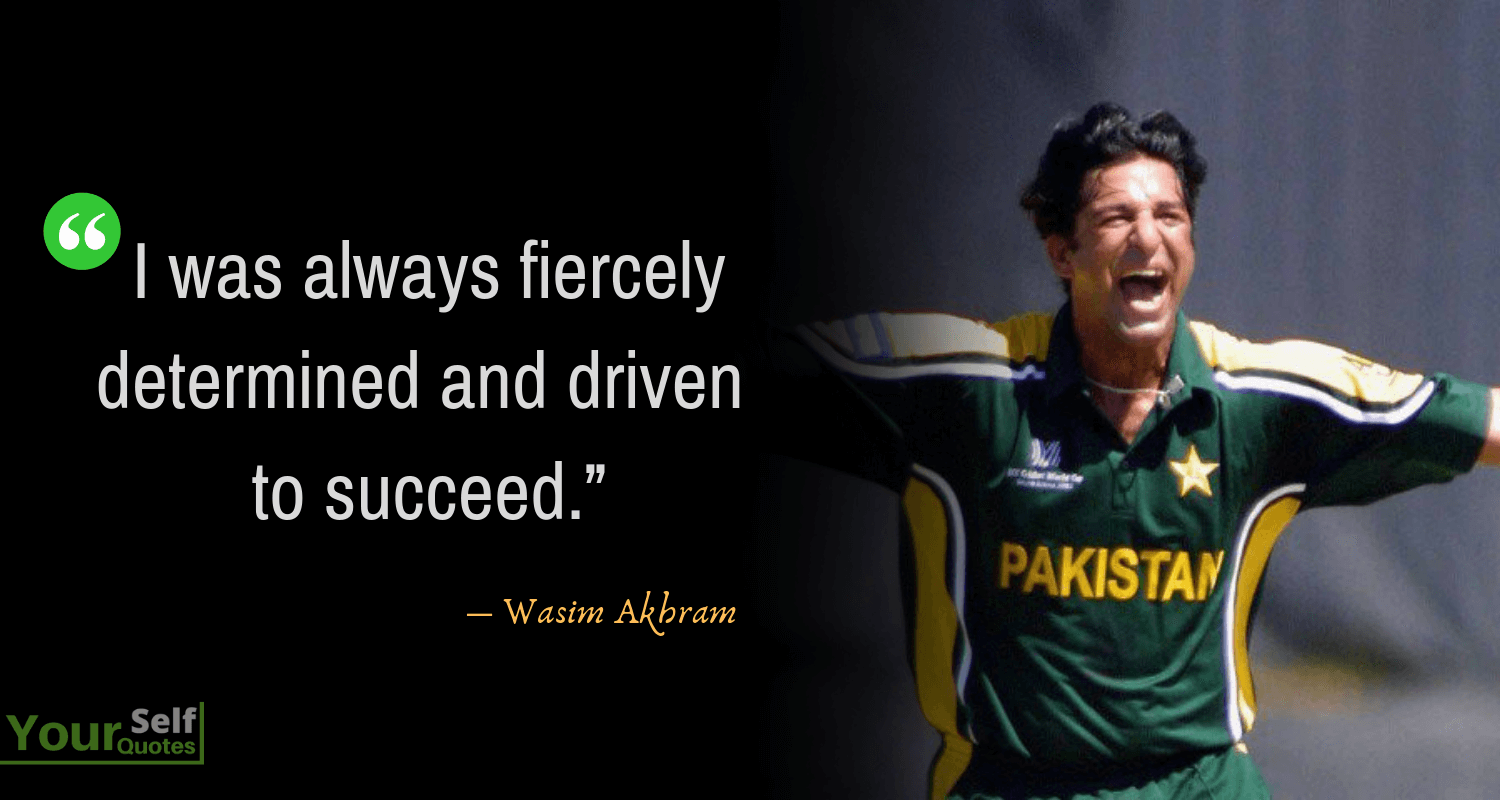 “You don’t win or lose the game because of the 11 you select, you win or lose with what those 11 do on the field.” ― Rahul Dravid

“I have failed at times, but I never stopped trying.” ― Rahul Dravid 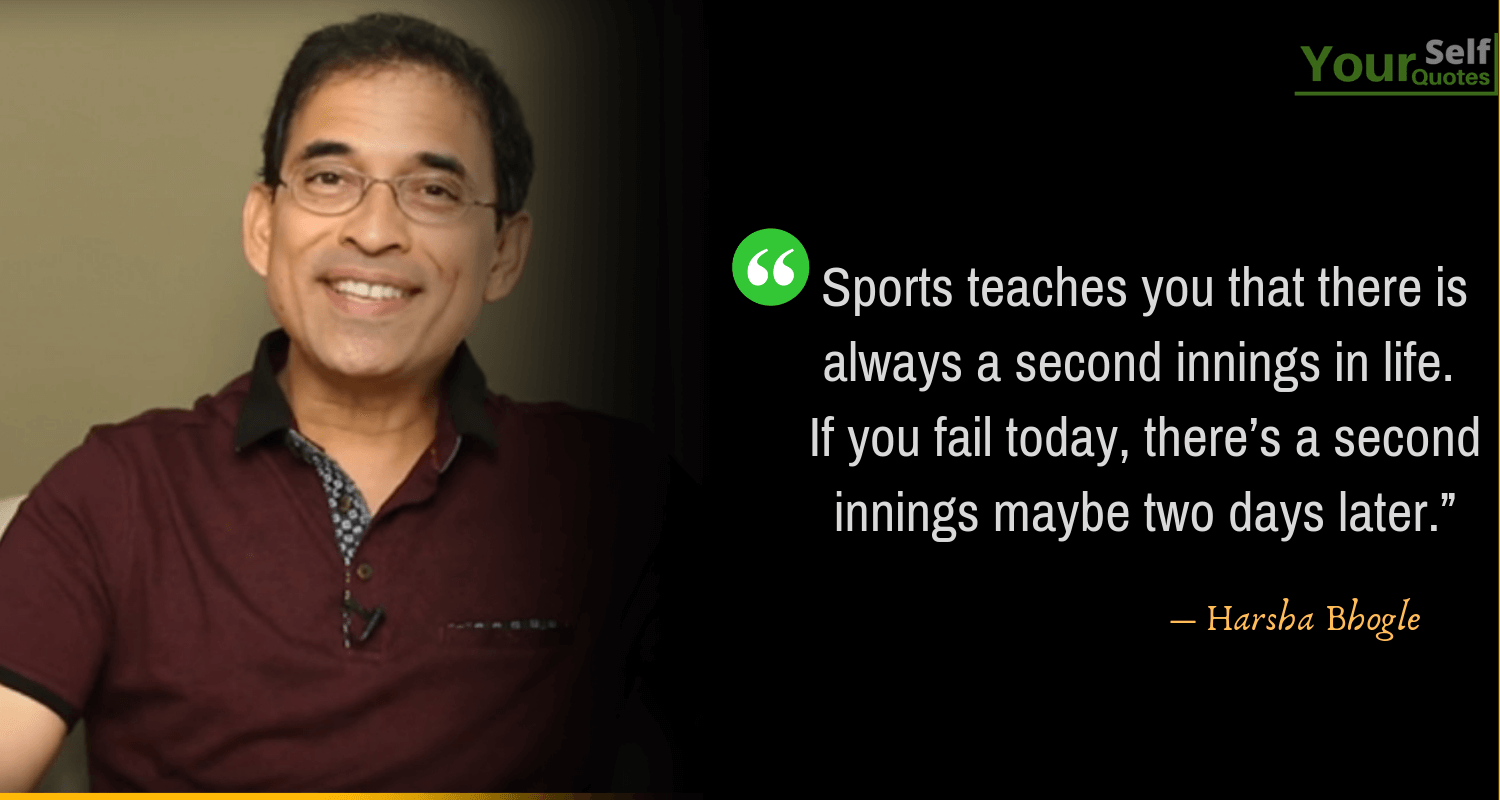 “Cricket is a pressure game, and when it comes to an India-Pakistan match the pressure is doubled.” ― Imran Khan 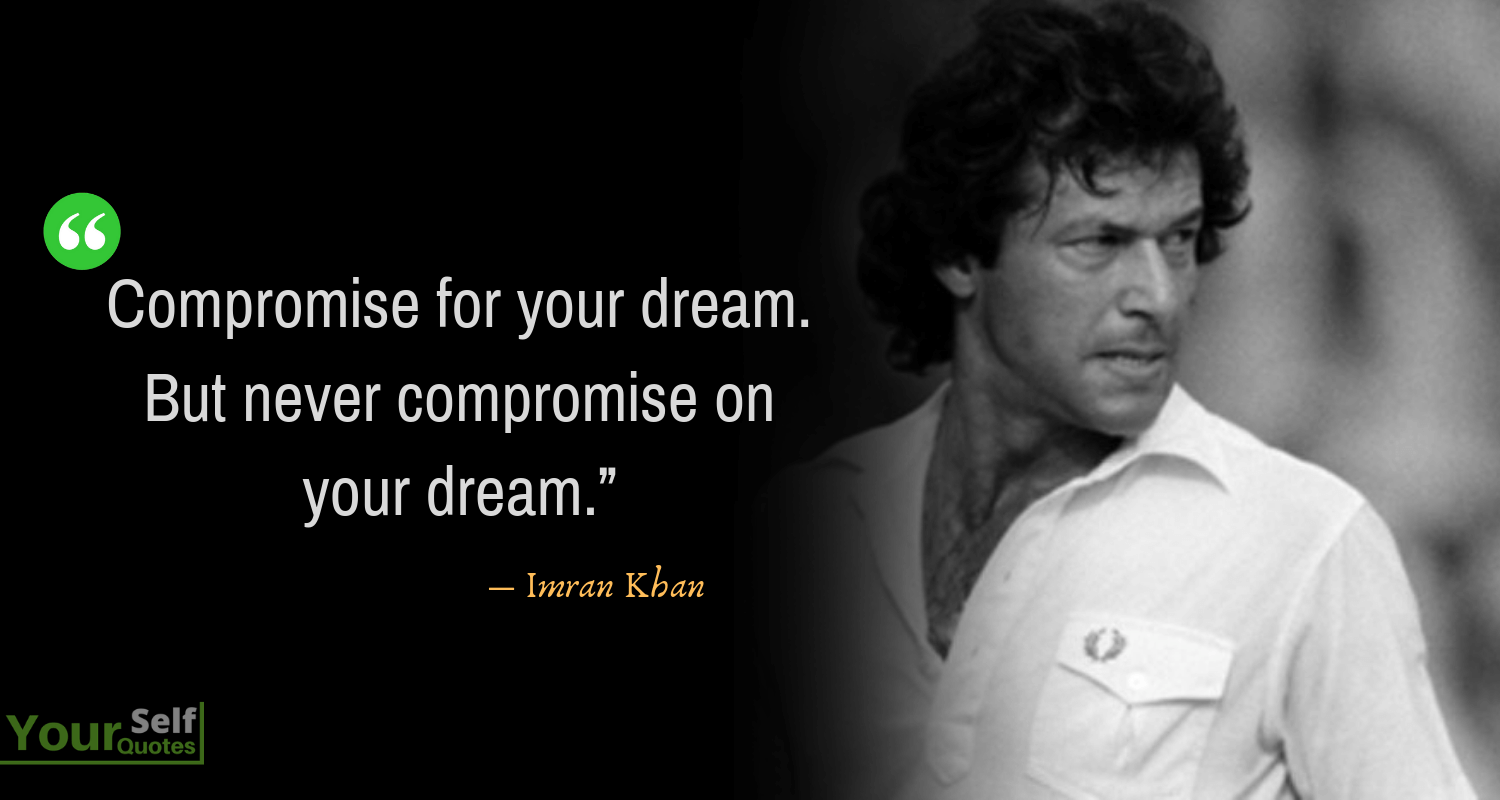 “To, cricket is a simple game. Keep it simple and just go out and play.” ― Shane Warne

“Cricket? It civilizes people and creates good gentlemen. I want everyone to play cricket in Zimbabwe. I want ours to be a nation of gentlemen.” ― Robert Mugabe

“Actually nobody can be perfect in cricket. Everybody makes mistakes. it is important to learn from your mistakes and correct them.” ― Kumar Sangakkara

“Geez, I just played cricket because I loved the game. I never thought about it much, never really had any formal coaching.” ― Steve Waugh

“My first bat was shaped of a coconut branch and from that day, all I wanted to do was to be a cricketer.” ― Brian Lara 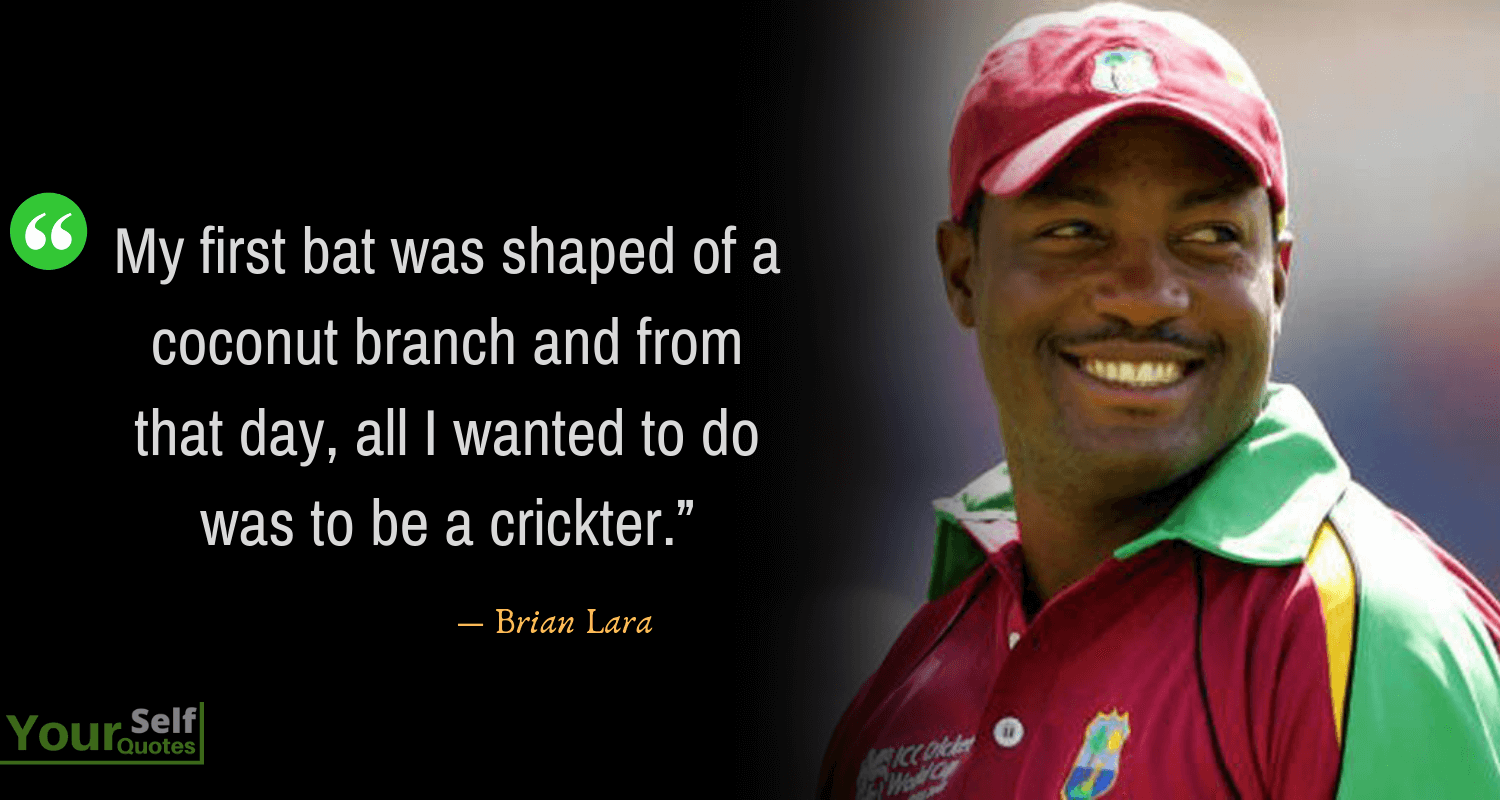 “I half knew what to expect when I saw the cricket ground in the morning. It was when I started to talk to people working out there, I began to find what I was looking for.” ― Ian Botham

“No cricket team in the world depends on one or two players. The team always plays to win.”― Virat Kohli

“One afternoon when I was 9, my dad told me I’d be skipping school the next day. Then we drove 12 hours from Melbourne to Sydney for the Centenary Test, a once-in-a-lifetime commemorative cricket match. It was great fun – especially for a kid who was a massive sports fan.” ― Hugh Jackman

“When people throw stones at you, you turn them into milestones.” ― Sachin Tendulkar

“Cricket is my life. Before cancer, I was happy-go-lucky. I used to think about my career and worry about the future. But post it, my thinking has completely changed. I’m happy to eat and breathe normally. I’m happy to have my life back.” ― Yuvraj Singh

“If you play good cricket, a lot of bad things get hidden.” ― Kapil Dev

“My approach to cricket has been reasonably simple: it was about giving everything to the team, it was about playing with dignity and it was about upholding the spirit of the game. I hope I have done some of that. I have failed at times, but I have never stopped trying. It is why I leave with sadness but also with pride.” ― Rahul Dravid

“If you are good at what you do, you cannot be stopped for long. ” ― Sourav Ganguly

Cricket is something we all are crazy about. It is a sport that enables us to feel motivated and inspired by the playing style and leadership qualities of our favorite players. The game of cricket is all about sportsmanship and the way how to lead the team and become the champion.

As everyone would expect, the second most amazing Sports type has a huge crowd and fan base. These fans are very often looking for the opportunity to learn more about the teams and place a bet.

Today the game has reached all the platforms and from small towns to big cities. The game has become so popular that a small kid of just 3-4 years is fond of having a bat and ball in hand and rush out to play the game. Even the parents are encouraging their kids to enroll in the game and become the best champion. So why not lead this game from one generation to the next. Share out the best Quotes of Cricket Players with your beloved ones, family, and friends.

How to Write an Essay About Yourself

This website uses cookies to improve your experience while you navigate through the website. Out of these cookies, the cookies that are categorized as necessary are stored on your browser as they are essential for the working of basic functionalities of the website. We also use third-party cookies that help us analyze and understand how you use this website. These cookies will be stored in your browser only with your consent. You also have the option to opt-out of these cookies. But opting out of some of these cookies may have an effect on your browsing experience.
Necessary Always Enabled
Necessary cookies are absolutely essential for the website to function properly. This category only includes cookies that ensures basic functionalities and security features of the website. These cookies do not store any personal information.
Non-necessary
Any cookies that may not be particularly necessary for the website to function and is used specifically to collect user personal data via analytics, ads, other embedded contents are termed as non-necessary cookies. It is mandatory to procure user consent prior to running these cookies on your website.
SAVE & ACCEPT
7 Shares
Copy link
CopyCopied
Powered by Social Snap