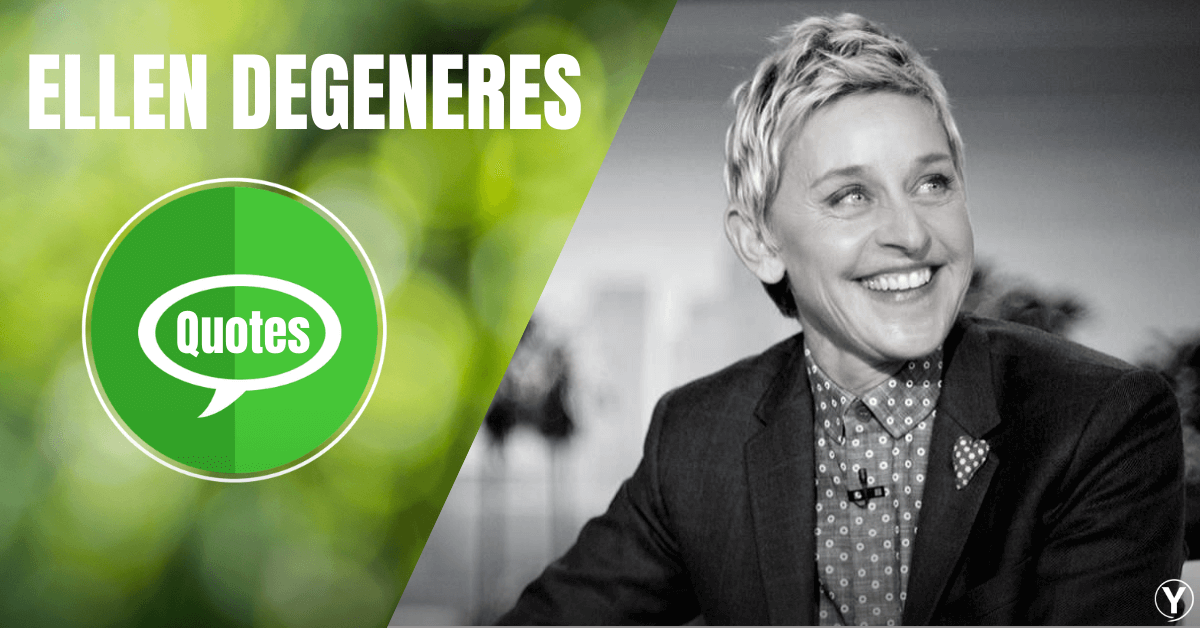 Ellen DeGeneres is a remarkable American Comedian. Apart from being a successful comedian, she is a television presenter, actress, writer, and producer. Her most popular comedy serial is Ellen which starred from 1994 to 1998. Then she hosted her own syndicated TV talk show, The Ellen DeGeneres Show, in 2003.

Ellen was born on 10th October 1958 in Metairie, Lousiana, United States. Ellen was born to Elizabeth Jane, a speech therapist, and Elliott Everett DeGeneres, an insurance agent. She has one brother, Vance, who is a musician and producer.

Ellen is of French, German, and Irish descent. She has related much about her childhood and career experiences through her comedic work. The girl started performing as a stand-up comedian at small pubs and coffee houses. In 1996, she starred for the first time as a film actress in the movie Mr. Wrong. Then she appeared in many movies such as EDtv (1999), and The Love Letter (1999). She even gave her voice in the Pixar animated movies like Finding Nemo and Finding Dory. She was awarded the Saturn Award for Best Supporting Actress for the movie Finding Nemo.

DeGeneres has appeared in and hosted several award shows. She hosted the Academy Awards, Grammy Awards, and the Primetime Emmys. She even authored books and started her own record company by the name of Eleveneleven and a production company by the name of A Very Good Production. Ellen is a very multi-tasking lady. She has even started a lifestyle brand ED Ellen DeGeneres, which comprises a collection of apparel, accessories, home, baby, and pet items. Throughout her life, she has been very much dynamic and active on various platforms.

Now let’s go through some of the golden words of this dynamic personality. Let’s catch up with the best Quotes by Ellen DeGeneres.

“It makes a big difference in your life when you stay positive.” — Ellen DeGeneres

“Sometimes you can’t see yourself clearly until you see yourself through the eyes of others.” — Ellen DeGeneres

“I enjoy growing older and wiser and learning from my mistakes every single day.” — Ellen DeGeneres

“I really don’t think I need buns of steel. I’d be happy with buns of cinnamon.” — Ellen DeGeneres

“To me, beauty is about being comfortable in your own skin. It’s about knowing and accepting who you are.” — Ellen DeGeneres

“Our age is something we have absolutely no control over; it’s just a fact of who we are.” — Ellen DeGeneres

“No one is perfect….. Our flaws are what make us human.” — Ellen DeGeneres

“Accept who you are unless you’re a serial killer.” — Ellen DeGeneres

“My point is, life is about balance. The good and the bad. The highs and the lows. The pina and the colada.” — Ellen DeGeneres

“Laugh. Laugh as much as you can. Laugh until you cry. Cry until you laugh. Keep doing it even if people are passing you on the street saying, “I can’t tell if that person is laughing or crying, but either way they seem crazy, let’s walk faster.” Emote. It’s okay. It shows you are thinking and feeling.” — Ellen DeGeneres

“If someone ever says you’re weird, say thank you.” — Ellen DeGeneres

“Who’s to say what’s better or worse anyway? Who’s to even say what’s normal or average? We’re all different people and we’re allowed to be different from one another.” — Ellen DeGeneres

“Find out who you are and be that person. That’s what your soul was put on this Earth to be.” — Ellen DeGeneres

“Happiness comes from within. You have the power to change your own mindset so that all the negative, horrible thoughts that try to invade your psyche are replaced with happy, positive, wonderful thoughts.”— Ellen DeGeneres

“Do things that make you happy within the confines of the legal system.” — Ellen DeGeneres

Ellen DeGeneres is a top-rated Stand-up comedian, television artist, writer, and well-known producer. She is one of the most classy iconic and progressive ladies in Hollywood. In the year 2015, she was considered in the list of 50th most powerful women in the world by Forbes and was number two on the World Pride Power List.

The active and progressive nature of Ellen made her popular among the masses. Her sense of humor was really recognizable. If you are also impressed by this great personality then do share these amazing Ellen DeGeneres Quotes with your friends, family, and loved ones.

Amitabh Bachchan Quotes That Will Evoke A Millionaire In You