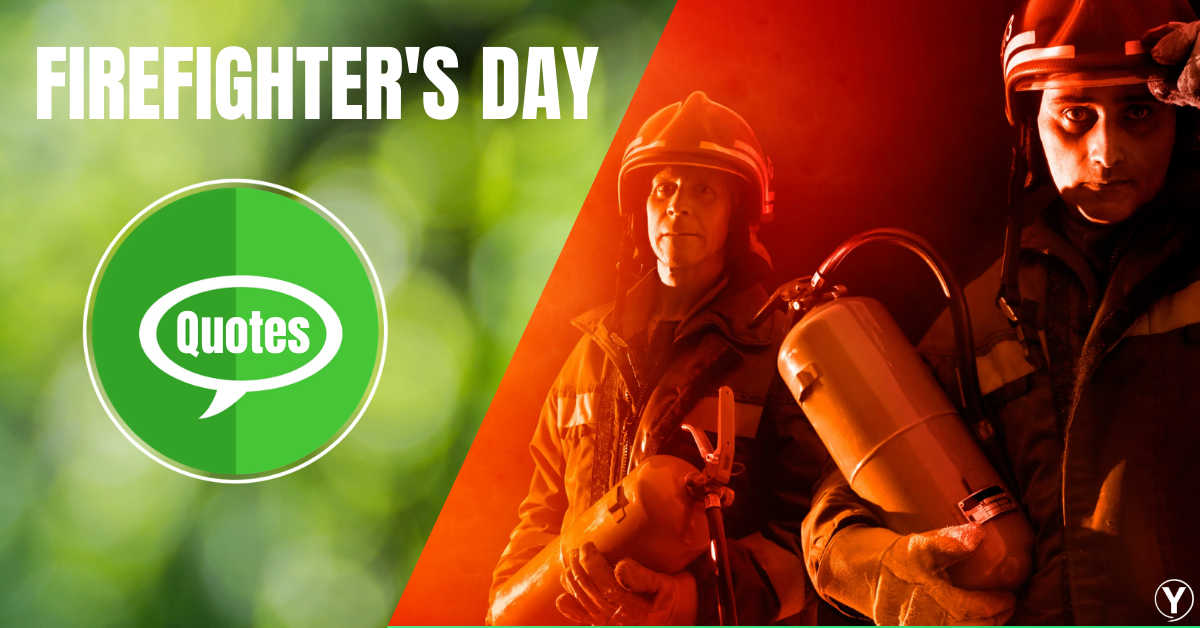 The firefighters play an essential role in this society- rural, urban, natural environments, industries, aviation, and other uncountable spaces.

International Firefighter’s Day is a time when each and every community in the world must recognize and honor the sacrifices the firefighters make to ensure that our communities and societies are safe and sound. It is also the day when we should thank our current and past firefighters for their contributions.

On May 4th, we observe International Firefighter’s Day globally. On this day, we remember the past firefighters. They have compromised their lives while serving our community or dedicated their lives to protecting all of us. At the same time, on May 4th, we also show our support and appreciation to the fight fighters worldwide who are continuously protecting us throughout the year.

The History of International Firefighter’s Day

We cannot imagine risking our life amidst a burning forest to save defenseless animals. But this is one of many brave things the firefighters do every day without thinking of their lives. If that is not an act of heroism, I don’t know what it must be. But they don’t do it to get any attention or to come on the front page. They just do it as it is a part of their job.

For the very first time, Firefighter’s Day was founded in 1999. It is celebrated after five firefighters died disastrously during a wildfire in Australia. The wind direction changed abruptly, and the fire swamped them. The day was selected on May 4th because it’s St. Florian’s day. Saint Florian was among the first commanding firefighters of an actual Roman battalion who saved many lives.

The incident that led to the creation of International Firefighter’s Day was so tragic that it shook the entire world. It happened in the Linton community in Australia, which is a very populated area in Victoria. The firefighters were tackling a massive fire being unknown to the tragedy and despair awaiting them.

Jason Thomas, Chris Evans, Gary Vredeveldt, Matthew Armstrong, and Stuart Davidson were the five brave firefighters who became the prey of the tragic event. Though they were sent for help, they lost their lives in the field. This incident resulted in the birth of International Firefighter’s Day.

How We Celebrate Firefighter’s Day

There are many great ways to celebrate International Firefighter’s Day. We all must show our respect and appreciation for the firefighters who are risking and sacrificing their lives so that we can live in a safe community. First, we need to make sure that our local firefighters know how valuable they are to our society. As always, small gestures can go a long way. In many cities and countries, people bring gifts to the fire hall and donate money to many firefighter charities. Some also help the firefighters injured in the line of duty to get enough medical treatment to return to health.

Secondly, we also need to let them know that they work in a great and honorable profession, and they are heroes who travel between city and country. As always, these Firefighter Challenge Coins convey respect and awe of people for firefighters. In addition, many places will send Firefighter Challenge Coins to fire stations on Firefighters’ Day or other special days to show respect and gratitude for acknowledging their great efforts and heroic deeds.

“I can think of no more stirring symbol of man’s humanity to man than a fire engine.” — Kurt Vonnegut 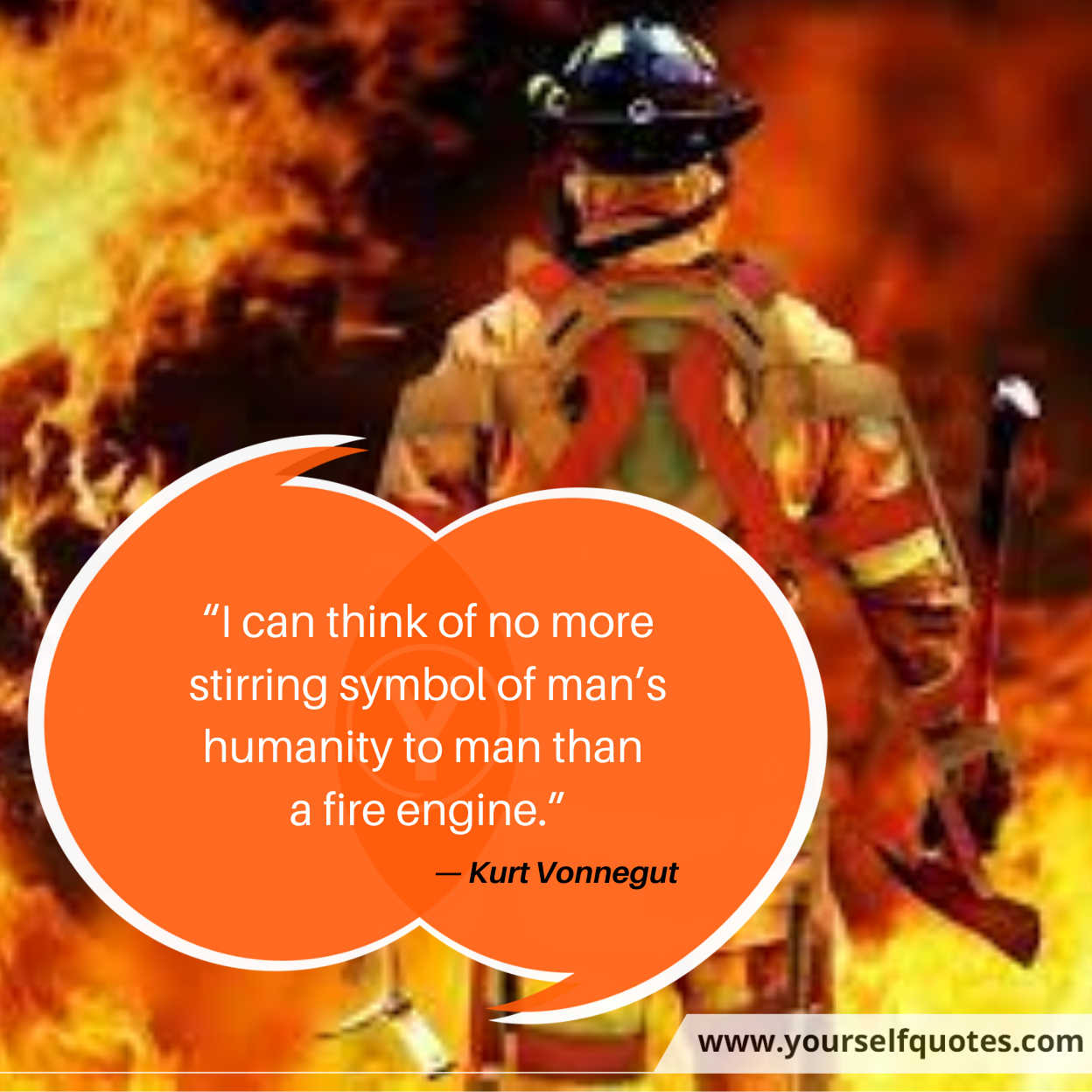 “True courage is being afraid, and going ahead and doing your job anyhow. That’s what courage is.” — General Norman Schwarzkopf

“Every firefighter knows that he is always susceptible to this type of tragedy. They go to work every day knowing that they are doing something so positive, that people really respect them and appreciate them.” – Thomas Von Essen

“But aloud the praises, and give the victor-crown. To our noble-hearted Firemen, who fear not danger’s frown.” — Fredric G. W. Fenn

“Firemen never die, they just burn forever in the hearts of the people whose lives they saved.” — Susan Diane Murphree

“The innovative leader has to be an arsonist and a firefighter. ” – Paul Sloane

“When a man becomes a fireman his greatest act of bravery has been accomplished. What he does after that is all in the line of work.” –Edward F. Croker

“Neither fire nor wind, birth nor death, can erase our good deeds.” — Buddha

“More often than not, a hero’s most epic battle is the one you never see; it’s the battle that goes on within him or herself.” — Kevin Smith

“Becoming fearless isn’t the point. That’s impossible. It’s learning how to control your fear, & how to be free from it, that’s the point. The necessity of action takes away the fear of the act, and makes bold resolution the favorite of fortune.” — Francis Quarles

“That’s the life, being a fireman. It sure beats being a ballplayer. I’d rather be a fireman.” — Ted Williams, Boston Red Sox

“If Prometheus was worthy of the wrath of heaven for kindling the first fire upon the earth, how ought all the gods to honor the men who make it their professional business to put it out?” — John Godfrey Saxe

“The bravest are surely those who have the clearest vision of what is before them, glory and danger alike, and yet notwithstanding, go out to meet it.” — Thucydides

“True courage is being afraid, and going ahead and doing your job anyhow. That’s what courage is.” — General Norman Schwarzkopf

“A hero has faced it all: he need not be undefeated, but he must be undaunted.” — Andrew Bernstein

“The hero is the man who lets no obstacle prevent him from pursuing the values he has chosen.” — Andrew Bernstein

“Aspire rather be a hero than merely appear one.” — Baltasar Gracian 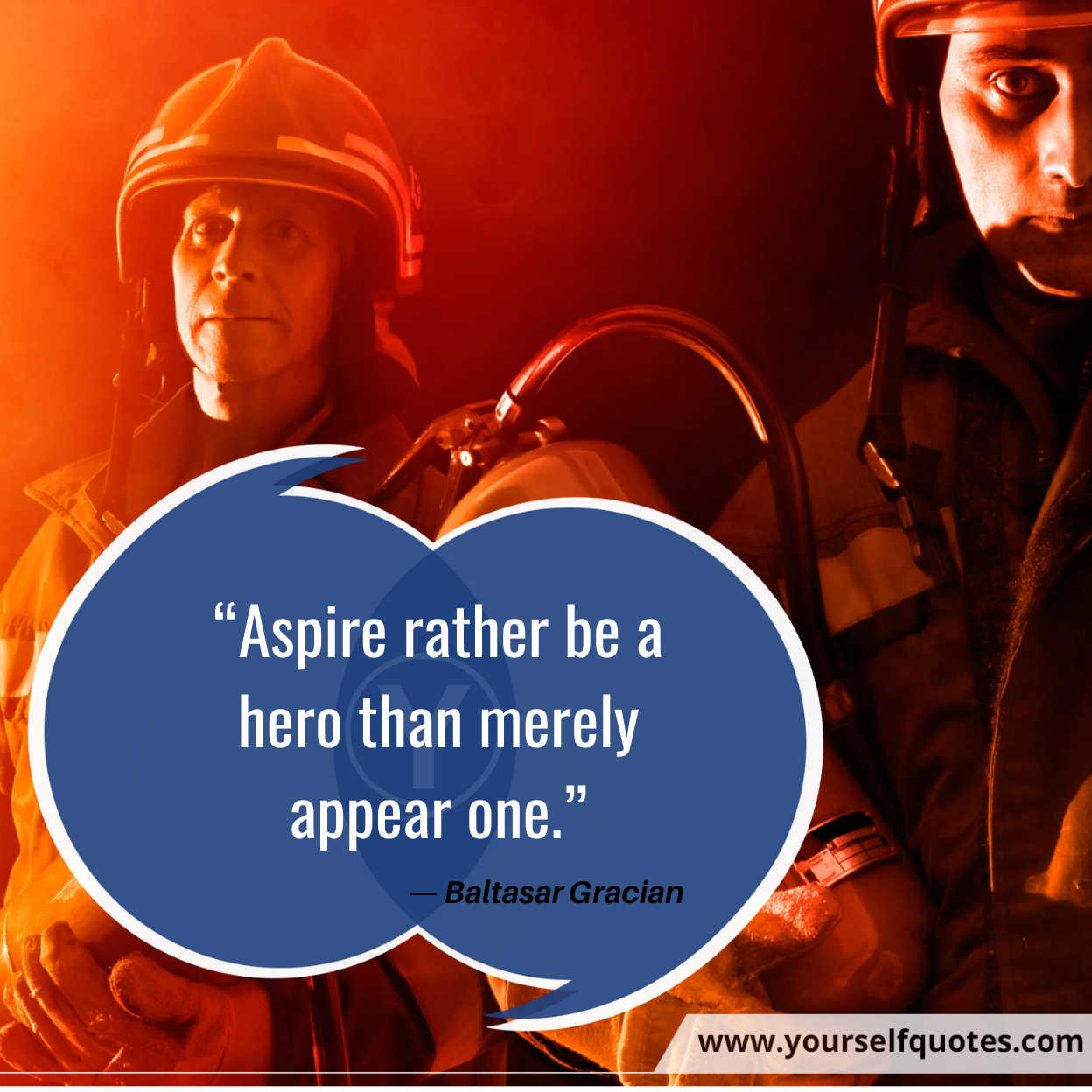 On International Firefighter’s Day, many people proudly wear and display blue and red ribbons pinned together and participate in memorials or recognition events.

No matter where you come from or what language you speak, we all can show our gratitude to the firefighters everywhere. The red and blue colors symbolize the main elements on which the firefighters work. Red is for fire, and blue is for water. Both shades are recognized internationally for representing emergency services.

International Firefighter’s Day is a particular time to stop and remember the sacrifices made by firefighters. And we can observe a minute of silence in memory of all the firefighters who have lost their lives while performing their duty.