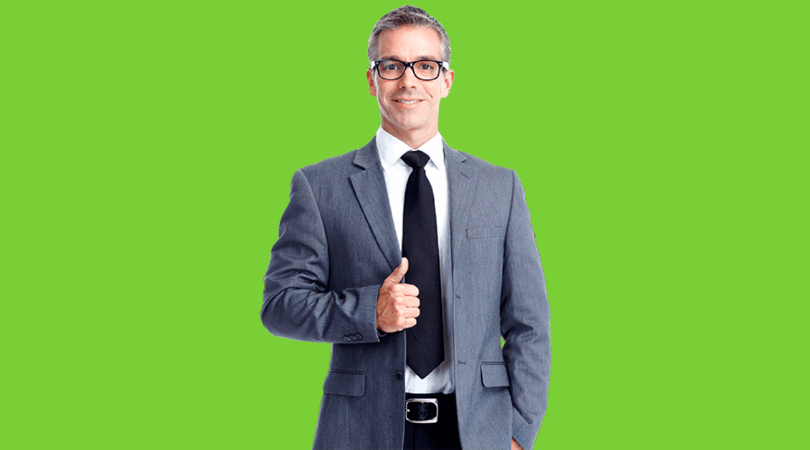 India is the largest democracy in the world. Thus, it should never be overlooked as a viable marketplace for anyone conducting a viable business either online or in the “real world” as it were. With its large and very diverse population however, India can be particularly challenging when it comes to marketing and advertising campaigns. One incorrectly translated word or one phrase that translates poorly into one of the primary languages could easily upset the proverbial apple cart. The secret to success for conducting business in India and gaining a larger market share and a substantial increase in profitability lies in the proper application of campaign strategies that include localization services.

“All differences in this world are of degree, and not of kind, because oneness is the secret of everything.” -Swami Vivekananda

There are three languages that are among the most commonly spoken throughout India, including Hindi, Tamil, and English. There are in addition to these, literally thousands of more localized languages and dialects commonly spoken as a primary language throughout India as well. According to a 2018 Gulf World article, there are in fact more than nineteen thousand and five hundred languages and dialects commonly used throughout India. While such a challenge may seem daunting at first, it should be viewed as an opportunity to increase both marketing skills and the overall profitability of the business in question as well.

A localization company will tell anyone who will listen, that the meaning of localization in regards to a national or even international marketing campaign can be quite complex and convoluted when discussed in detail. At its heart, however, the underlying concept regarding how to create a successful localization marketing strategy is the sensory and emotional perception of the individuals being marketed to as prospective customers.

“By plucking her petals, you do not gather the beauty of the flower.” – Rabindranath Tagore

The potential customers should feel like the advertisements are speaking to them directly, about things that they know and are comfortable with, all in a language and a voice they will understand and be familiar with. This means that at least some knowledge of the local culture is imperative for conducting a successful localization campaign. Add in some visuals that the customer can personally relate to, and chances are good that the door to their hearts (and their wallets) will be much easier to open.

What Kind of English is Spoken in India?

The English as it is spoken are unique to India and very beautiful in so many ways. There is most definitely a heavy British influence which is understandable given the history between the two nations. Still, the people of India have taken the English and truly made it their own. There is a certain melodic rhythm to language and the people of India have added their own inflection, enunciation and even some of their own vocabulary to the language to give it its own flavor.

What Kind of Tea is Most Popular in India?

Iced tea is a very popular refreshment in the Southern portions of the United States, generally made with black tea. However, the American Southerner may be quite surprised to note that their tea would not likely be well received in India. The people of India are virtual connoisseurs of tea. There are five primary types of tea including Black, Green, Oolong, Pu’erh, and White. These are all made using different techniques, but each individual tea maker will add their own special touches. While coffee does have its place in India, tea is going to be the preferred choice more often than not, but probably not your common, American style black tea.

What are the Cultural Quirks of India

India has a caste system that may be difficult for foreign business interests to understand at first. Given the literally thousands of years that India and the surrounding area have been civilized, (think ancient Sumeria) it should also be understandable that there are some clashes of pride between the people of different backgrounds living in India. One of the keys to successful marketing in general, and more especially important in regards to localization services, is to learn everything possible about the expanded customer base.

Cows are also quite sacred in India, so it may be a good idea to ask people about things that may be quite mundane in other locations, like inviting them out for a hamburger or asking them to recall the last steak they consumed. The more the business owners can learn, the more effectively they can translate into the local languages and the more they are aware of the local cultural aspects, the more effective and profitable their localization services will be for them.

It is reasonable to say that anyone who is conducting business in the world today should have an online presence, including email addresses, a website and a strong presence on social media. The first goal of any business should be establishing a sufficient level of marketing and sales to ensure the survival of the company. Only then would it be prudent to begin investing in more long-term oriented goals such as establishing a more global marketing campaign, replete with a localization strategy.

It is imperative to learn how to establish an online presence for your business before commencing a global localization campaign. Why? Working online allows for any business to quite literally reach out to the entire world in order to expand both its customer base and its profits. More than one-half of the population of the world uses email as one of their primary means of communication. People who use the internet can search for solutions to their problems quite literally anywhere in the world, though they are most likely to search in whatever their native language may be. Thus, one of the most important aspects of a localization company is to ensure language localization first and foremost. Read more about language localization here.

It would be madness to presume that anyone is going to attempt to begin a marketing campaign in nearly twenty thousand languages, but a focus on the primary languages of India would be a good start. The primary focus of the localization services should be on the largest potential audiences, which in the case of India would include marketing campaigns in Hindi and Tamil. The historical or ancient languages are fascinating, but perhaps not the best opening salvo for marketing to a wider and more diverse audience.

The use of professional translation services for this phase of localization marketing is advisable for a great many reasons. Many marketing campaigns are time-sensitive and this requires assurances that the materials will be professionally translated in a timely fashion and available to be used on schedule. This is an absolute must if the business marketing campaigns are to be successful in generating more revenue for your company. The professional translation companies are also more likely to have people with a more intimate national and perhaps even local understanding of the language in question, thus allowing for a more emotionally driven localization campaign.

The key to any marketing campaign is being able to trigger an emotional response in the potential customers for your business. In terms of language, this can be accomplished by using their native language. The utilization of a language localization company should be able to take that down to the local level, further increasing the opportunities to increase sales for your business. This often includes local idioms, vernacular and other keywords that are generally common language in the local area but may not have a wider audience.

“Life is like a game of cards. The hand you are dealt is determinism; the way you play it is free will.” – Jawaharlal Nehru

The use of professional translation companies or even freelance translators who are from the local area and who are intimately familiar with the local linguistic idiosyncrasies will be a great asset in this phase of localization and marketing. Google Adwords is also an extremely important and advantageous tool to use in terms of localization, advertising, and marketing even on the international level

Google Adwords has a very useful feature for a very specific means to market to local areas. Such a feature allows for the more aware advertiser to take full advantage of localization services, including providing visual and emotional stimuli to generate a more positive and proactive response from the potential new customer base.

“No one is wise by birth, for wisdom results from one’s own efforts.” – T. Krishnamacharya

Search terms such as “‘Item of choice’ in Delhi” or similar variations are common. People tend to search for things locally before expanding their searches to the surrounding area. Thus, a highly focused localization campaign will include numerous smaller advertising campaigns focused on very specific markets. Use of the most prevalent native language to the area in addition to a local reference can often create what is known as an “emotional trigger” generating a more proactive response from the recipient of the ads.

In short, this will mean more clicks to get people to the business website, more people looking at the product in their local language and more people willing to purchase the products or services being offered. The end result of this highly targeted and multi-faceted globalized localization marketing campaign offers the advertiser and business owner a historically unprecedented opportunity to expand their customer base to consist of people quite literally from all over the world.

A Summary of Localization Services and Business Expansion in India

India is the second most populated nation in the world, coming in only behind China. India is also the largest democracy in the world, meaning that it is open to conducting business with almost anyone from virtually anywhere. To overlook such a potentially vast and profitable mistake is foolish to even on the best of days and a costly mistake that could potentially make the difference between building a successful multinational corporation or a failed local business venture. However, in order to take full advantage of such a marketplace, it is imperative to employ localization services in terms of business growth and expansion.

The use of professional translation services should be sufficient enough to open up virtually all of the local markets. A little bit of well-invested time researching online should also provide the savvy internet marketer with even more options for a more well-focused and effective localization campaign, down to the city level. Focus the advertising on a small geographic area using local references and local idioms, and a successful localization campaign may not be guaranteed, but it is definitely much more likely. Long term localization campaigns will also help to increase brand recognition and familiarity, potentially to the point that the people in India may very well recognize you as a local face, even when you are worlds apart.

Investing in Real Estate with a Partner: The Pros and Cons

What Does the Future Hold for Commercial Robots?