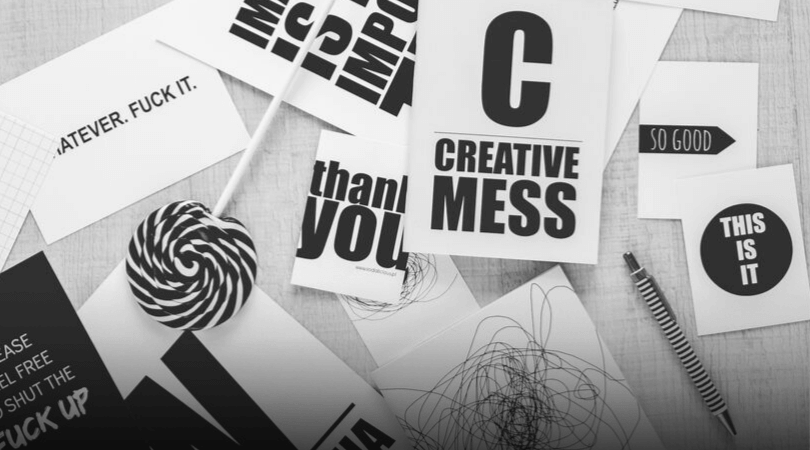 Words, like the ones that you are reading now, are easy to understand, have their own shape and size, and are welcoming to the eye. This is not an accident. Since many centuries ago, people have realized that printing isn’t just about getting things down on paper easier and faster than before. As they did with calligraphy, they realized that there should be some art, structure, and style in this new art form. This realization is what we consider today the birth of typography. Let us dive deeper into the vast history of typography.

Gutenberg, the inventor of the printing press is seen, somewhat unfairly as the father of typography. But, even before the time of the printing presses, there have been people who have tried to do what Gutenberg has succeeded to do. They have also experimented with different types of typeface and etc.

One of the first fonts that were used as a standard during printing was the Gothic font.

The Gothic font is characterized with big bold black letters. The letters are quite formal and square, due to the casings used to print them on the paper. Germany was the place where it all started. But, since it moved around, different printers saw both the positives and also the negatives of the Gothic font. The first nation that thought of the Gothic font as not as ideal as it was thought to be were the Italians.

At the beginning of the 15th century, the Italians started to get creative and tried to create their own kinds of the typeface. The first successful example of such a typeface was the Cicero. Created in Subiaco, it got its name from the famous Roman orator Cicero. At first, the creators were planning to use it exclusively for translations and new editions of Cicero’s works. But later down the line, they changed its name to Antique. The Antique is the forefather of what we today might call Roman. The Roman typeface was extremely popular all over Europe. The only place that stayed loyal to the Gothic font and was very anti-Roman was Germany. There, the Gothic font reigned supreme until the end of the first world war.

But the real boom in typography happened with the appearances of various newspaper outlets. The substance and the writing style weren’t the only ways that newspaper editors tried to separate themselves from everybody else. The typeface was used quite often to create their own signature style or headline. Some of the typefaces that were invented during the Gazette days of global information were The Poynter, Helvetica and Franklin Gothic.

Another big element was the popularization and commercialization of books. With the advent of the printing press, books could be created much faster than copying them by hand, as was the practice for almost a millennium and a half. But, printing studios tried to distinguish themselves. That is why many studies had their own idea men, people whose jobs was to work on typefaces day and night, struggle for new ways to create easily identifiable, readable and to the eye-pleasing fonts.

This continued up until modern times. Then things started to shift. With the arrival of the 20th century, there were a lot of people who had their own miniature printing presses, or as they are called typewriters. This was a game-changer for many famous writers at the time.

We can only imagine the output Dostoyevsky would have had if he had to type instead of rush and write, struggling to read what he has written the first time. Writers started to create more and more using the typewriter. Words and phrases like daily word count or words per minute were becoming a more and more frequent in the writing circles. The typeface that as most commonly used on typewriters was Courier.

There were many other typewriter fonts, but it was Curoeir that reigned supreme on typewriters. It had the ideal combination of style, as well as letters that were just in the golden middle between too thick and too thin to be read or imprinted on paper. It was also quite innovative in the way it approached its lettering.

But it didn’t make the transition up to modern, digital times, with the majority of websites using some form of Sans Font, leaving the many wonderful typewriter fonts in the dust of time.

What Are the Best Mock Test Series For GMAT?

What Is Meteorology And How Does It Work?