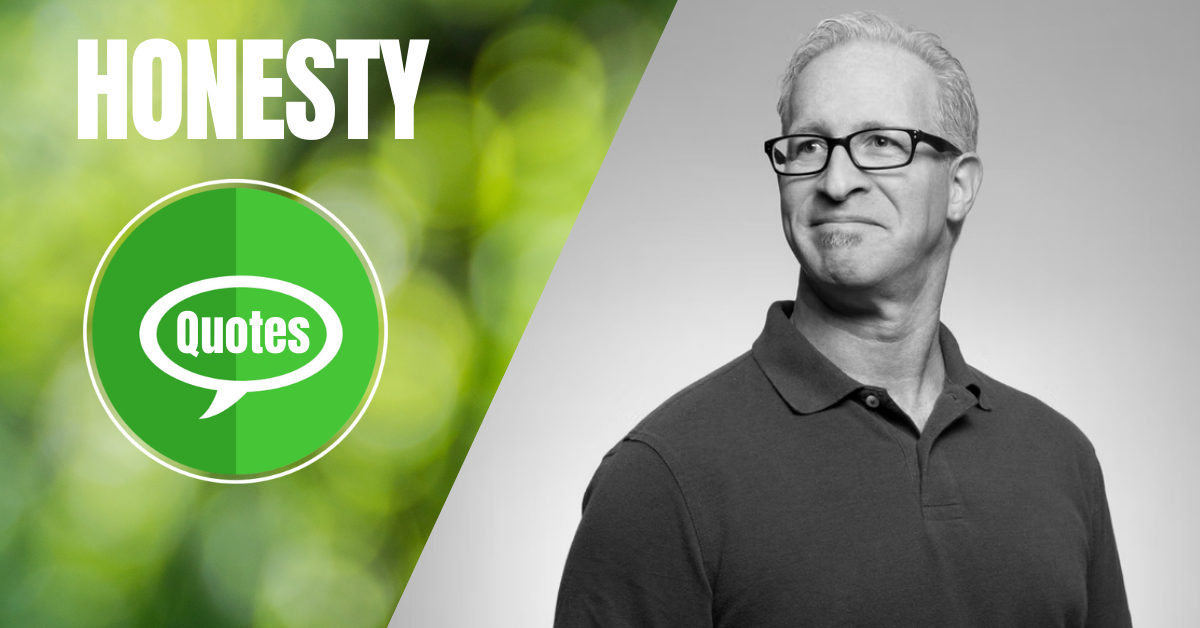 Honesty is a quality that should be possessed by everyone. Being honest, on the other hand, is a difficult task for many people. Allowing one’s true self to be exposed to others is what it means to live honestly. Honesty is defined as admitting one’s mistakes and not lying, cheating, or stealing.

Many people believe that being honest is a lost art. Even though everyone has their own definition of honesty, it all boils down to telling the truth. Being truthful earns a person respect from their peers. Being truthful allows oneself to be completely exposed, which is what honesty entails.

Being truthful is the definition of honesty. Some people define honesty as telling the truth, but an “honest” person is much more than that. A person who is honest is not only true to themselves, but also to others and maintains a trustworthy reputation. Individuals who are honest are usually trustworthy and dependable. All relationships, whether friendships, colleague relationships, or intimate relationships, are built on honesty.

What does Honesty mean?

Honesty entails being truthful to one person in all aspects of life. It does not entail lying to anyone, nor does it entail allowing anyone to suffer from bad habits or behaviour. An honest person does not engage in morally wrong activities. Honesty does not violate any laws or regulations.

To be disciplined, to act appropriately, to speak the truth, to be punctual, and to assist others, honestly. All the features are built-in by default. One person benefits from people’s faith, blessings of happiness from the Almighty, and the accomplishment of many things. Being honest in real life is extremely beneficial; it is not something that can be purchased or sold; it is a good habit that can only be acquired through practice.

Why is Honesty so important?

“Honesty is more than not lying. It is truth-telling, truth speaking, truth living, and truth loving.” 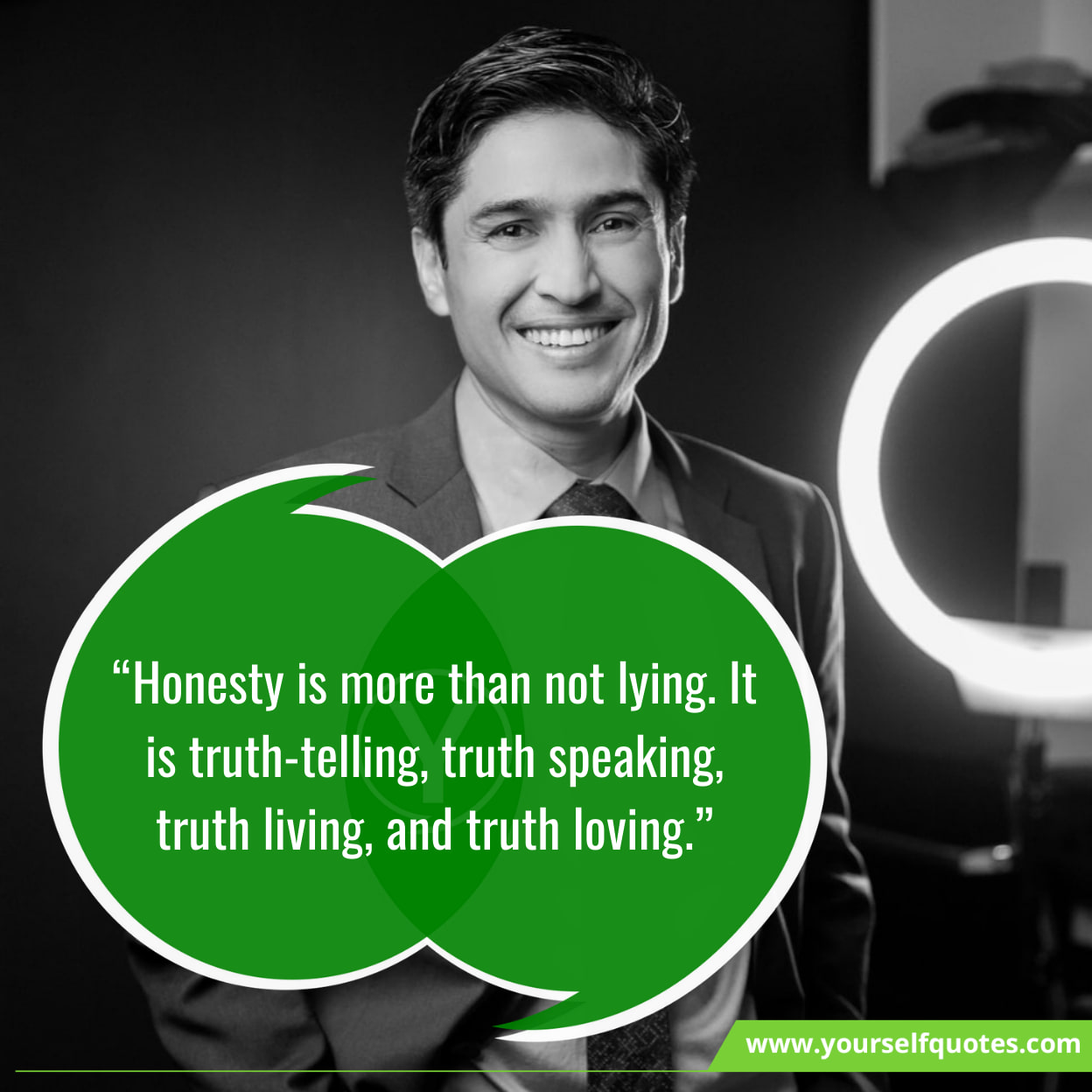 “Honesty is grounded in humility and indeed in humiliation, and in admitting exactly where we are powerless.” — David Whyte

“One word of truth outweighs the world.” — Aleksandr I. Solzhenitsyn

“The real things haven’t changed. It is still best to be honest and truthful.” — Laura Ingalls Wilder

“You wear a mask for so long, you forget who you were beneath it.” — Alan Moore

“Living with integrity means: Speaking your truth, even though it might create conflict or tension.” — Barbara De Angelis 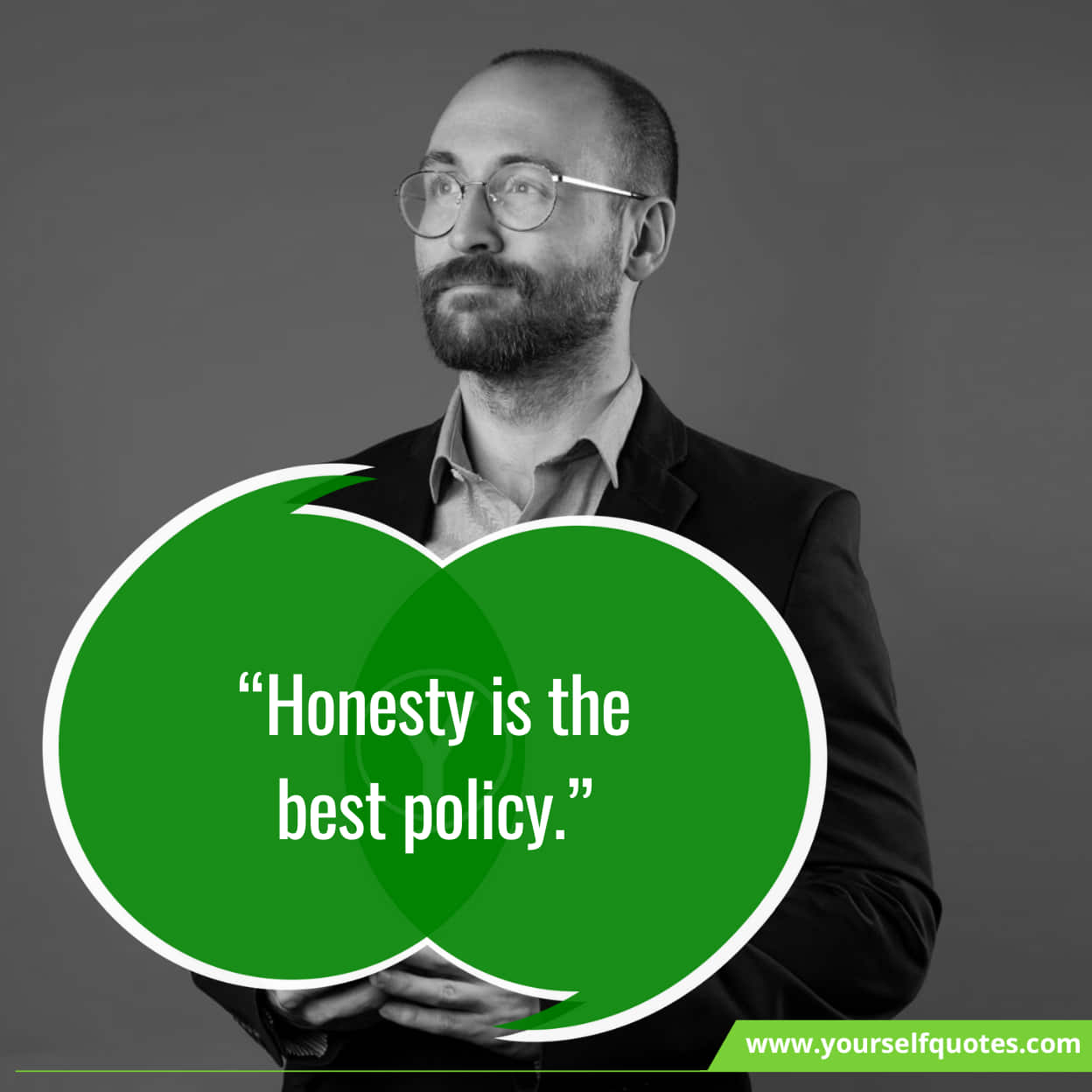 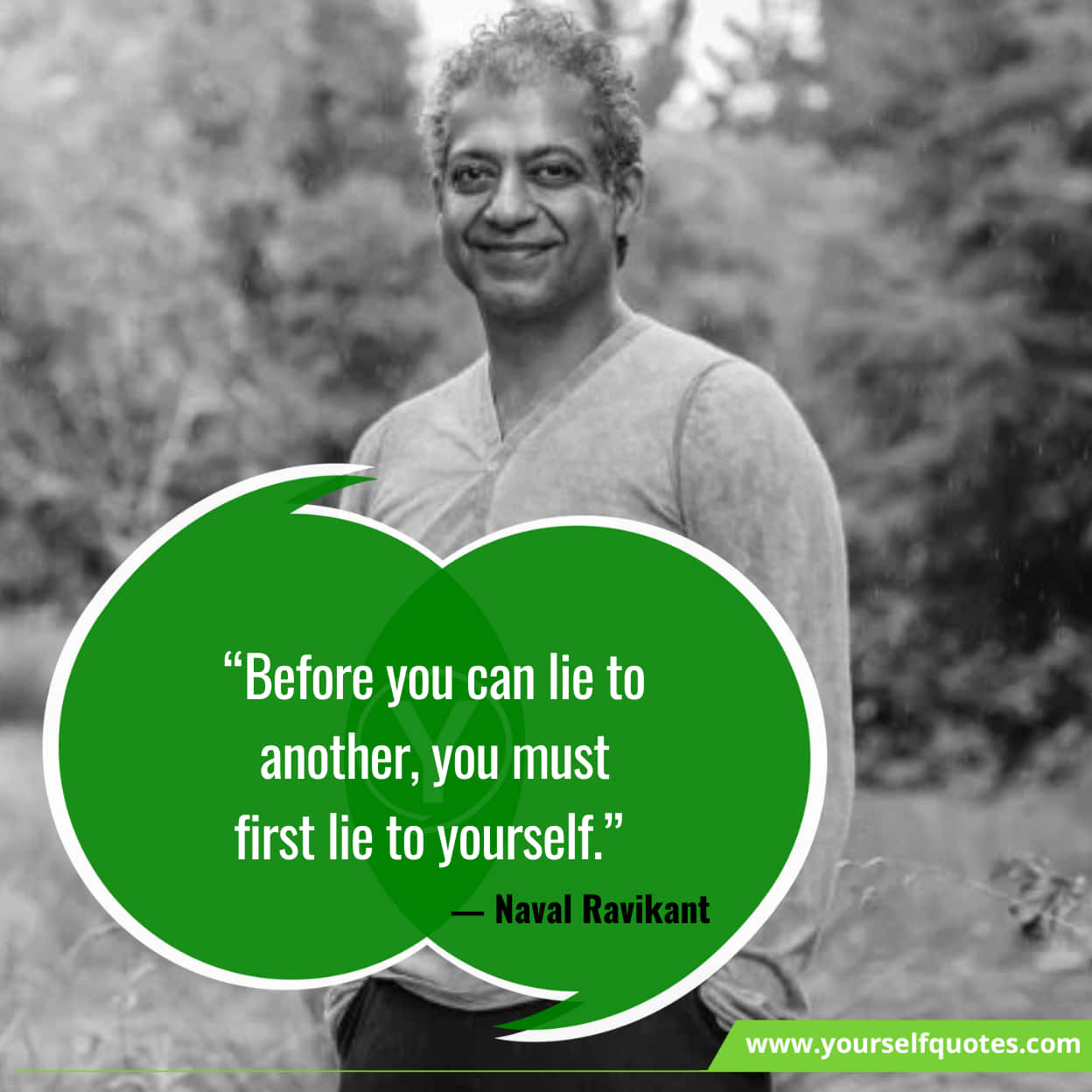 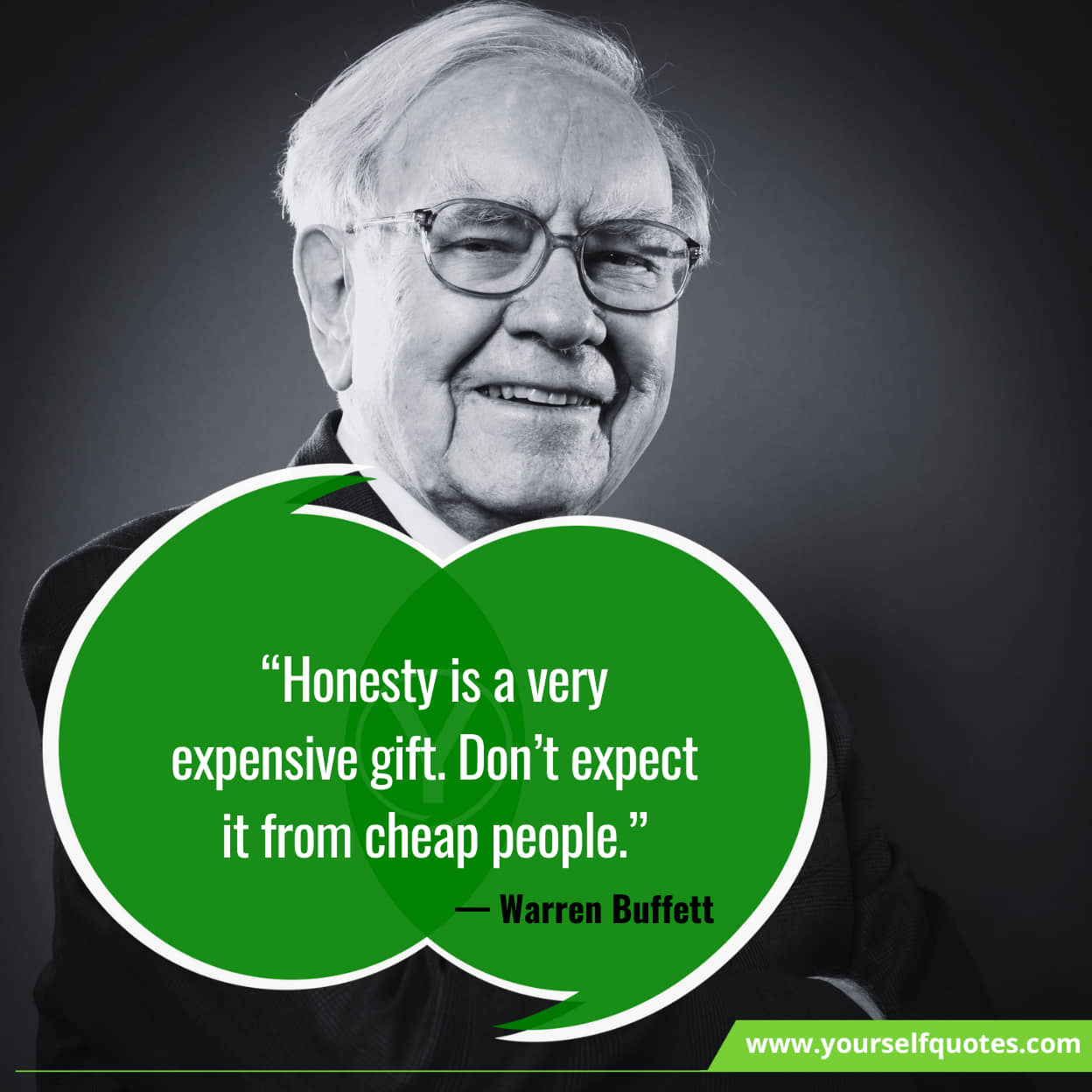 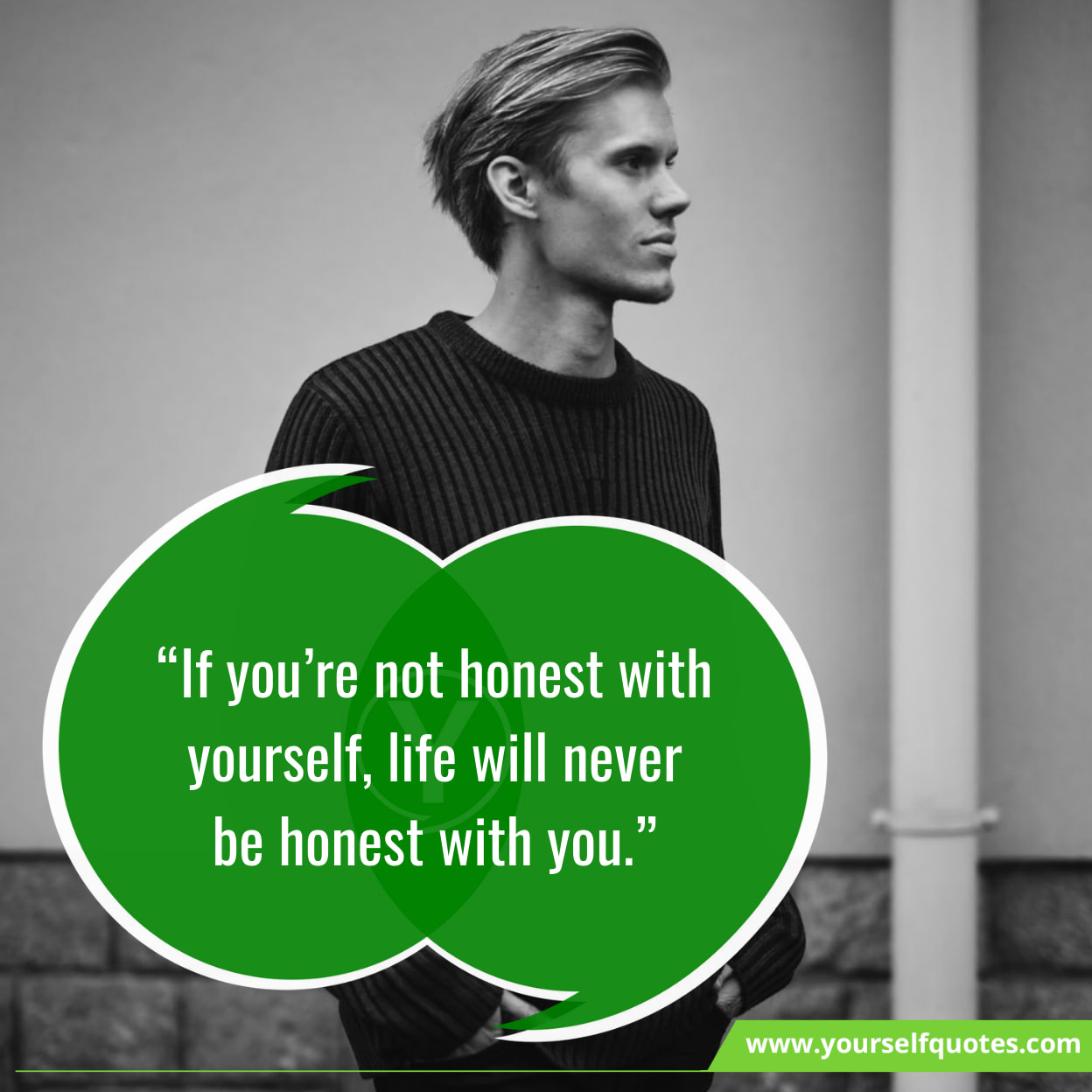 “No legacy is so rich as honesty. William Shakespeare’s The secret of life is honest and fair dealing. If you can fake that, you’ve got it made.” — Groucho Marx

“Your conscience is the measure of the honesty of your selfishness. Listen to it carefully.” — Richard Bach

“Honesty and loyalty are key. If two people can be honest with each other about everything, that’s probably the biggest key to success.” — Taylor Lautner

“Honesty is more than not lying. It is truth-telling, truth speaking, truth living, and truth loving.” — James E. Faust

“Honesty is the fastest way to prevent a mistake from turning into a failure.” — James Altucher

“Loyalty and honesty, those are important. Willian, My strength would be my honesty and my passion towards my work.” — Sushant Singh Rajput

“There’s just some magic in truth and honesty and openness.” — Frank Ocean

“Drawing is the honesty of the art. There is no possibility of cheating. It is either good or bad.”

“When you do something with a lot of honesty, appetite and commitment, the input reflects in the output.” — A. R. Rahman 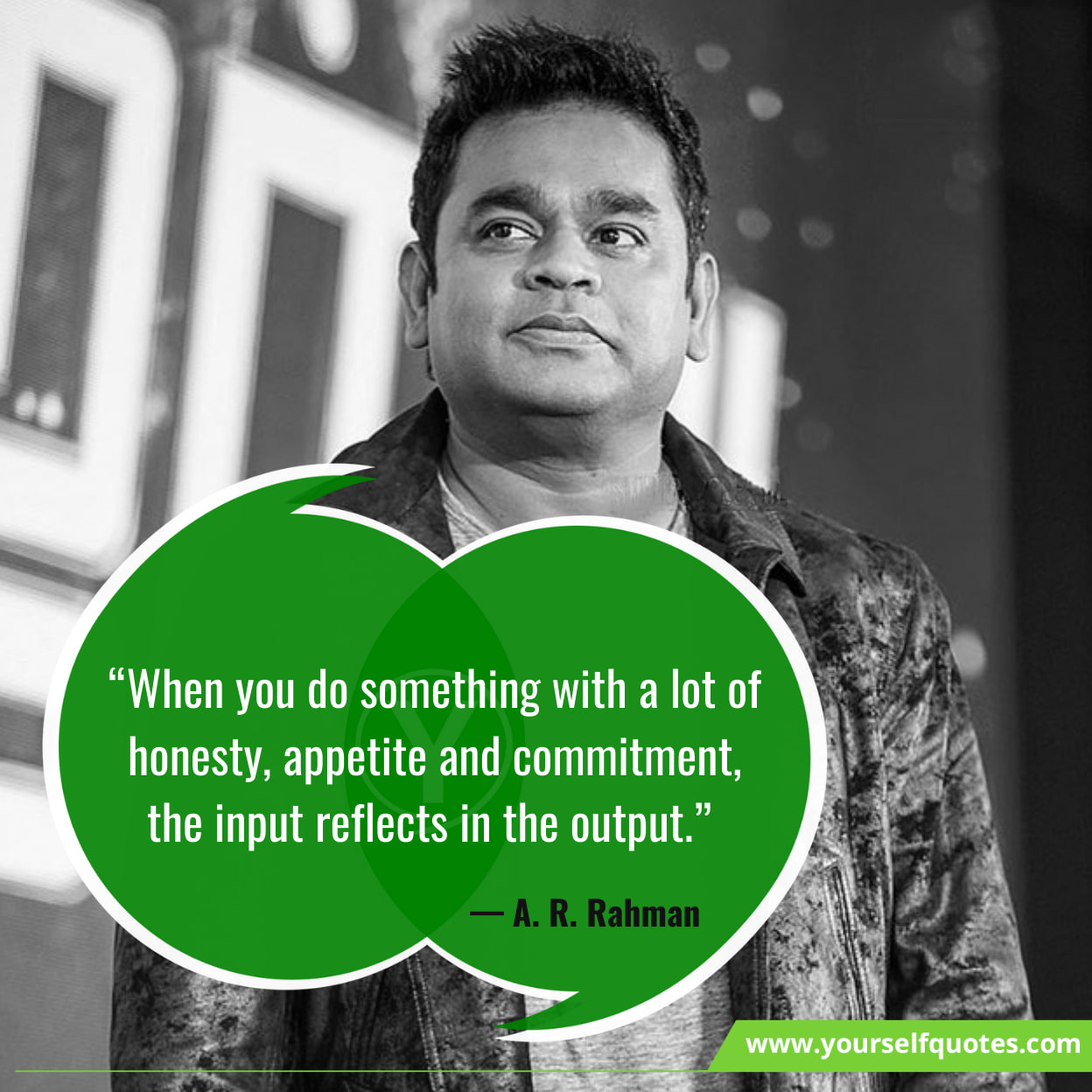 “Acting is all about honesty. If you can fake that, you’ve got it made.” — George Burns

“When the norm is decency, other virtues can thrive: integrity, honesty, compassion, kindness, and trust.” — Raja Krishnamoorthi

“Honesty is something you can’t wear out.” — Waylon Jennings

“The very spring and root of honesty and virtue lie in good education.” — Plutarch

“Empathy is important, openness, honesty, and an understanding for others.” — Niko Kovac

“I believe fundamental honesty is the keystone of business.” — Harvey S. Firestone

“Confidence in others’ honesty is no light testimony of one’s own integrity.”

“Honesty is the first chapter of the book wisdom.” 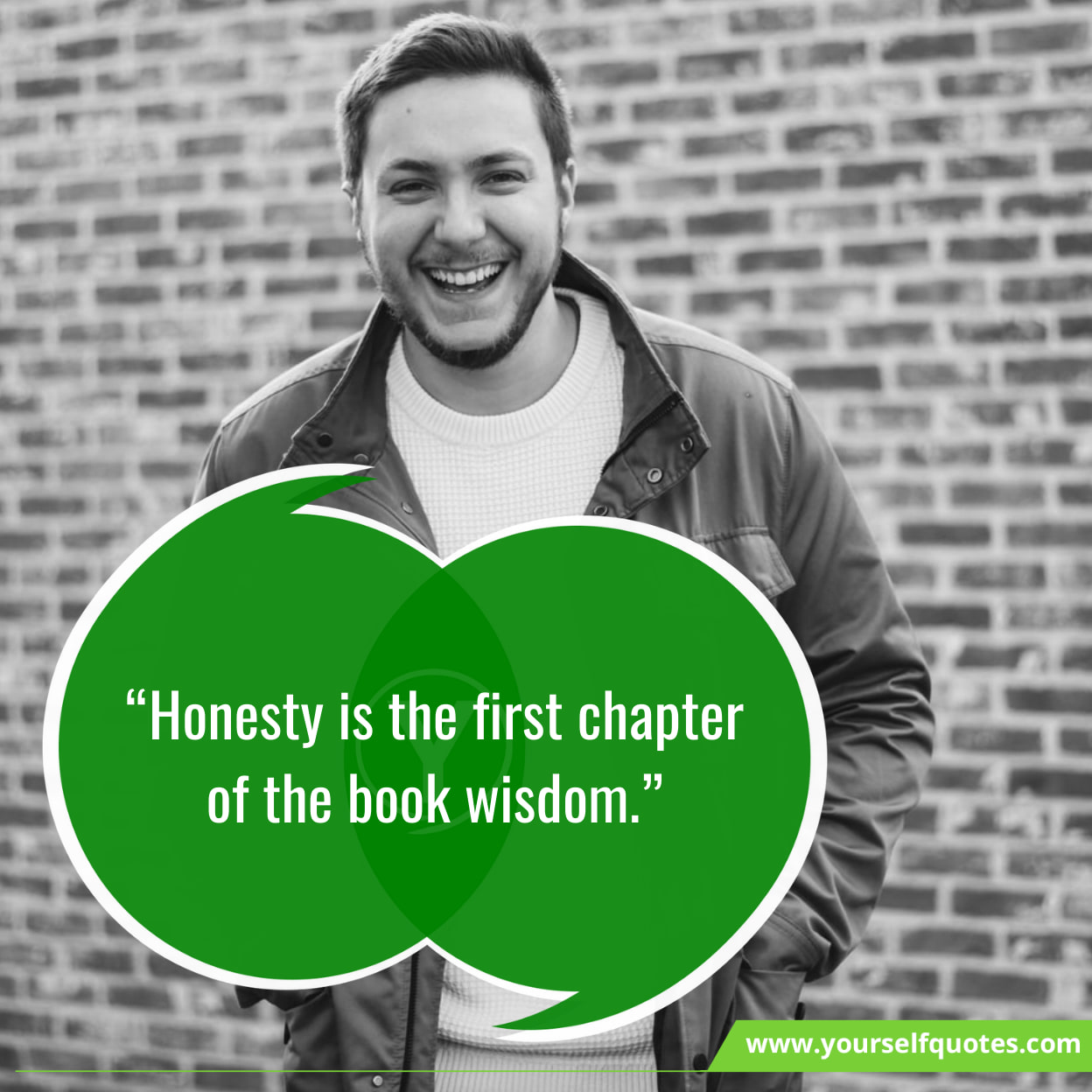 “To make your children capable of honesty is the beginning of education.” — John Ruskin

“Honesty is the cornerstone of all success, without which confidence and ability to perform shall cease to exist.” — Mary Kay Ash

“For me, honesty is a huge thing, and loyalty, when it comes to relationships.” — Lauren Jauregui

“Honesty and integrity is an important part of our character, my character.” — Nick Saban

“Wealth is a thing, earned with honesty and justice. Its opposite is the Mammon of unrighteousness.” — Dayananda Saraswati

“Achievements on the golf course are not what matters, decency and honesty are what matter.” — Tiger Woods

“Honesty pays, but it doesn’t seem to pay enough to suit some people.” — Kin Hubbard

“Honesty has always been an integral part of my operation, really.” — Russell Brand 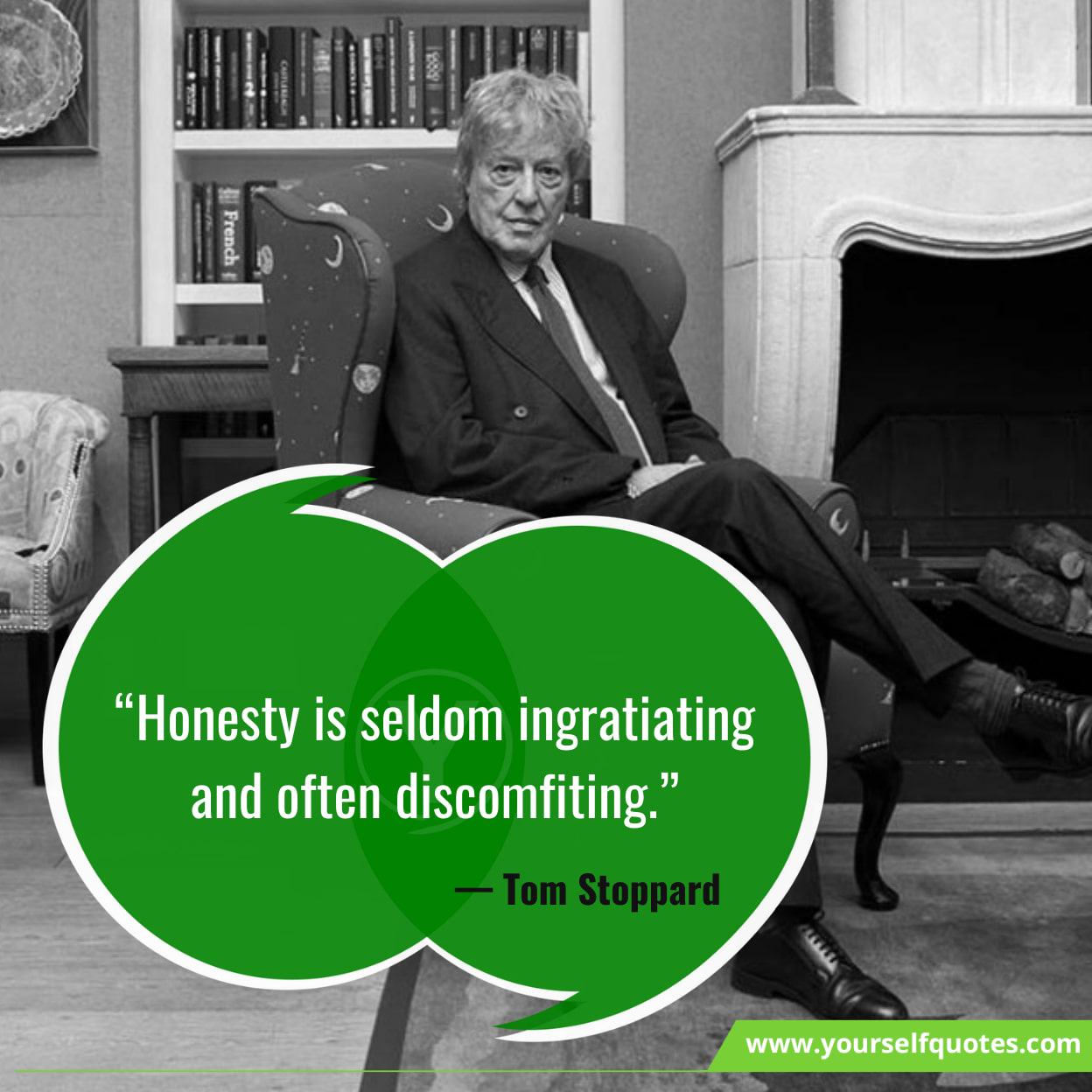 “You can defeat fear through humour, through pain, through honesty, bravery, intuition, and through love in the truest sense.”

“Three simple words – freedom, justice and honesty. These sum up what the Liberal Democrats stand for.” — Charles Kennedy

“Honesty is a foundation, and it’s usually a solid foundation. Even if I do get in trouble for what I said, it’s something that I can stand on.”

“Let none of us delude himself by supposing that honesty is always the best policy. It is not.” — William Inge

“We try to instil a sense of fair play, a sense of honesty. Jesse White, I started from scratch but I have always acted with honesty and integrity.” — Jovenel Moise

“That’s a wonderful thing because one of the primary qualities of a good performance is honesty.” — Roberta Flack

“Neither soldiers nor money can defend a king but only friends won by good deeds, merit, and honesty. Sallust He that fails in his endeavors after wealth or power will not long retain either honesty or courage.” — Samuel Johnson 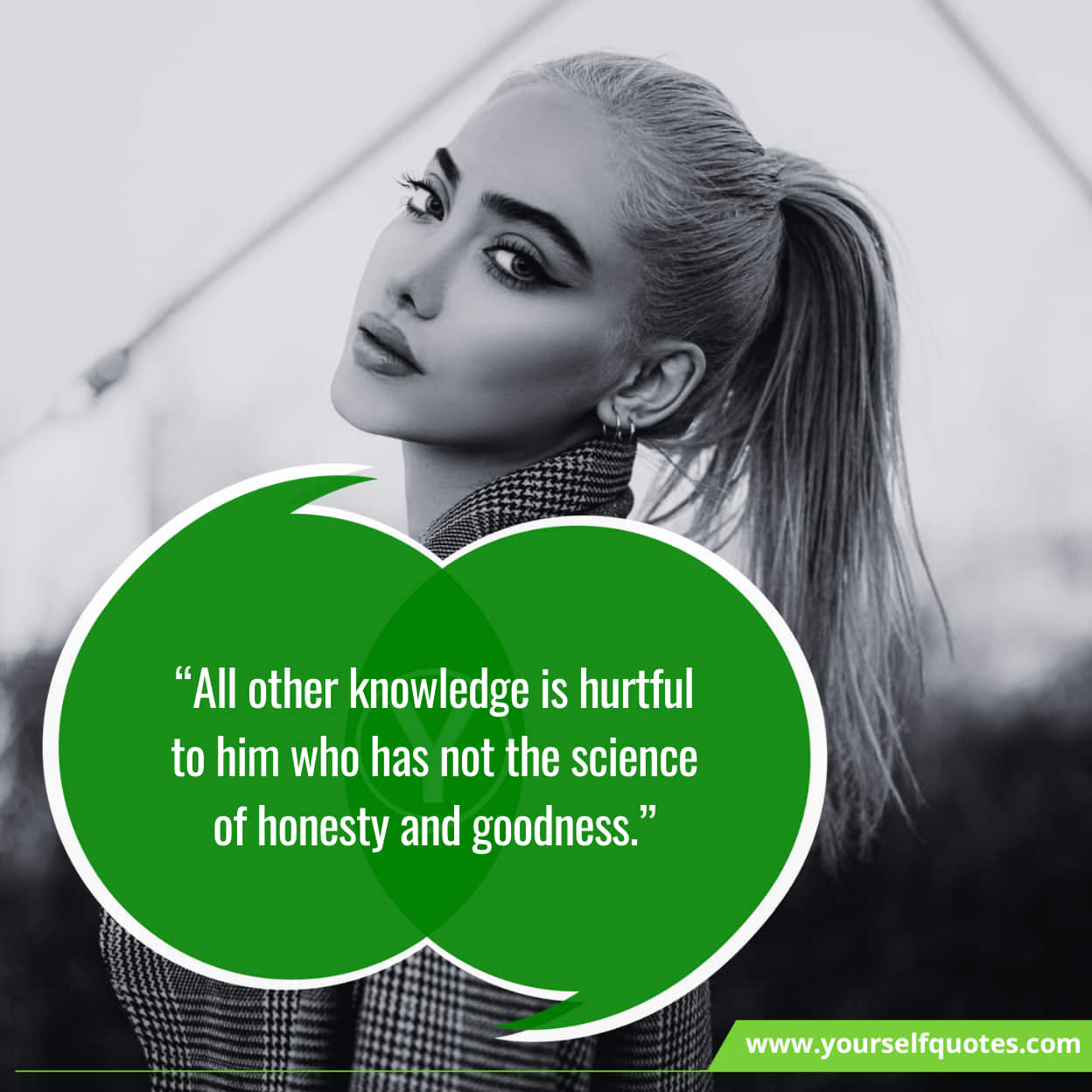 Honesty is crucial. It is the bedrock of our daily interactions with friends and coworkers. When the crucial ingredient of honesty is missing, problems emerge. It’s not always easy to spot a liar.

Over time, you’ll get a good sense of a person’s authenticity. There are people you can trust, people who aren’t afraid to say what they think, even if it makes you uncomfortable. Then there are those who are completely deceitful.

We’ve compiled a list of inspirational Honesty Quotes for you to share with your family, friends, and loved ones in order to strengthen your bonds.

Which are your favorite Honesty Quotes? Leave a comment below.

Bob Marley Quotes That Will Force Your Mind To Sing