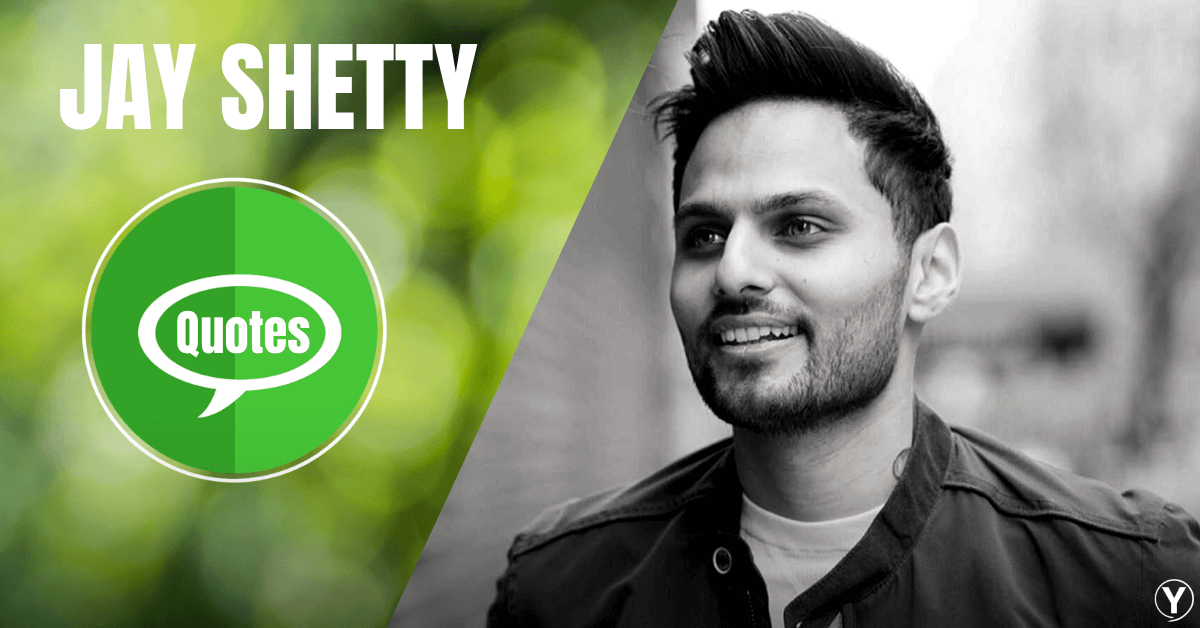 “Everyone has a different clock, so wait for your time” Indeed, this line gives you full energy and positivity who is working for their lives to make a successful human in the world. Do you know this guy who made wisdom go viral?

People are digging on the internet to know this guy whose electrifying wisdom has made him viral. This guy is calm, and always ready to share his wisdom breathless. This magnetic personality is JAY SHETTY, who is known for his unique wisdom. Jay Shetty Quotes is inspiring millions of people around the world today.

Who is Jay Shetty?

Jay is a motivational speaker, Vlogger, storyteller, and a former monk who believes that changing the world begins with us. He was born in London on September 7th, 1987 from an Indian and British parent. Jay was a shy and introverted person from his childhood. He finished his study from CASS BUSINESS SCHOOl and graduated in behavioral science and his background in the finance domain.

When he was 15 years old his two best friend’s tragic death has made him confused and pulled to find the deeper meaning of what a blessing life is. He was restless and always trying to find the meaning of life and success. Then he moved to India at the age of 18 to understand the invisible process of nature. And he became a monk.

He lived the life of a monk for the next three years in India, where he learned many things from various gurus and read many books of Hinduism. After hard work, his unconscious mind has woken up and now seeing the world in a different way which is not possible for a majority of persons on the earth.

After 3 years of Monk’s journey, he decided to return to his parent’s home without single money. But he was returning with tons of invisible wisdom which led the world behind him. Some of his friends have invited him to come to his organization for his wisdom speech and he showed his positive strength. Then he was invited by a world-leading company like GOOGLE, Facebook, BBC, etc for craft and amplify their messages to his employee, and he created much viral content for social media.

Nowadays, He is busy with many projects. He starts his day from 4 AM and meditate for 3-4 hrs every day and living the life to motivate others by his wonderful goal.

Jay Shetty has awarded by ITV Asian Media, received third Guardian Rising Star Award in the year of 2015 and 2016. he was named in the Forbes 30 Under 30. He hosted HuffPost’s live show on Facebook which famous with #FollowTheReader and he hosted many notable people. You can see below on youtube.

See below his some of the Jay Shetty Quotes and Thought Words where you will find the meaning of life and success.

1. Everyone has a different clock. Wait for your time. 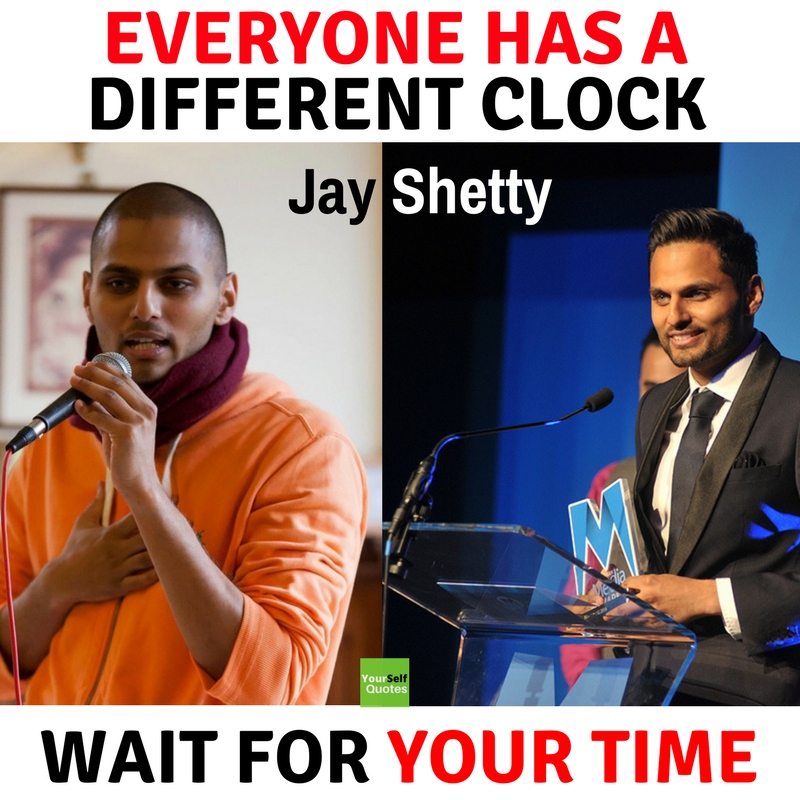 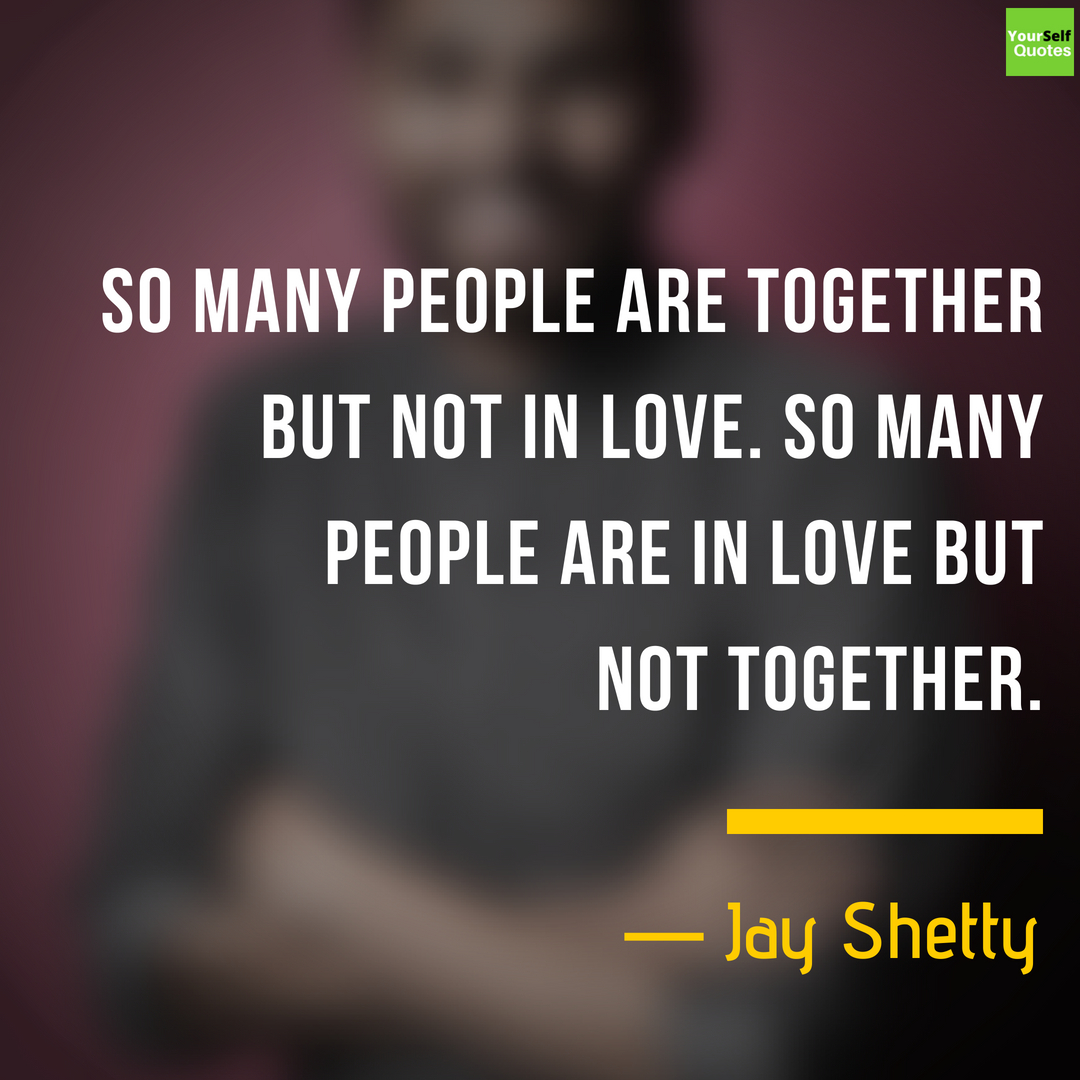 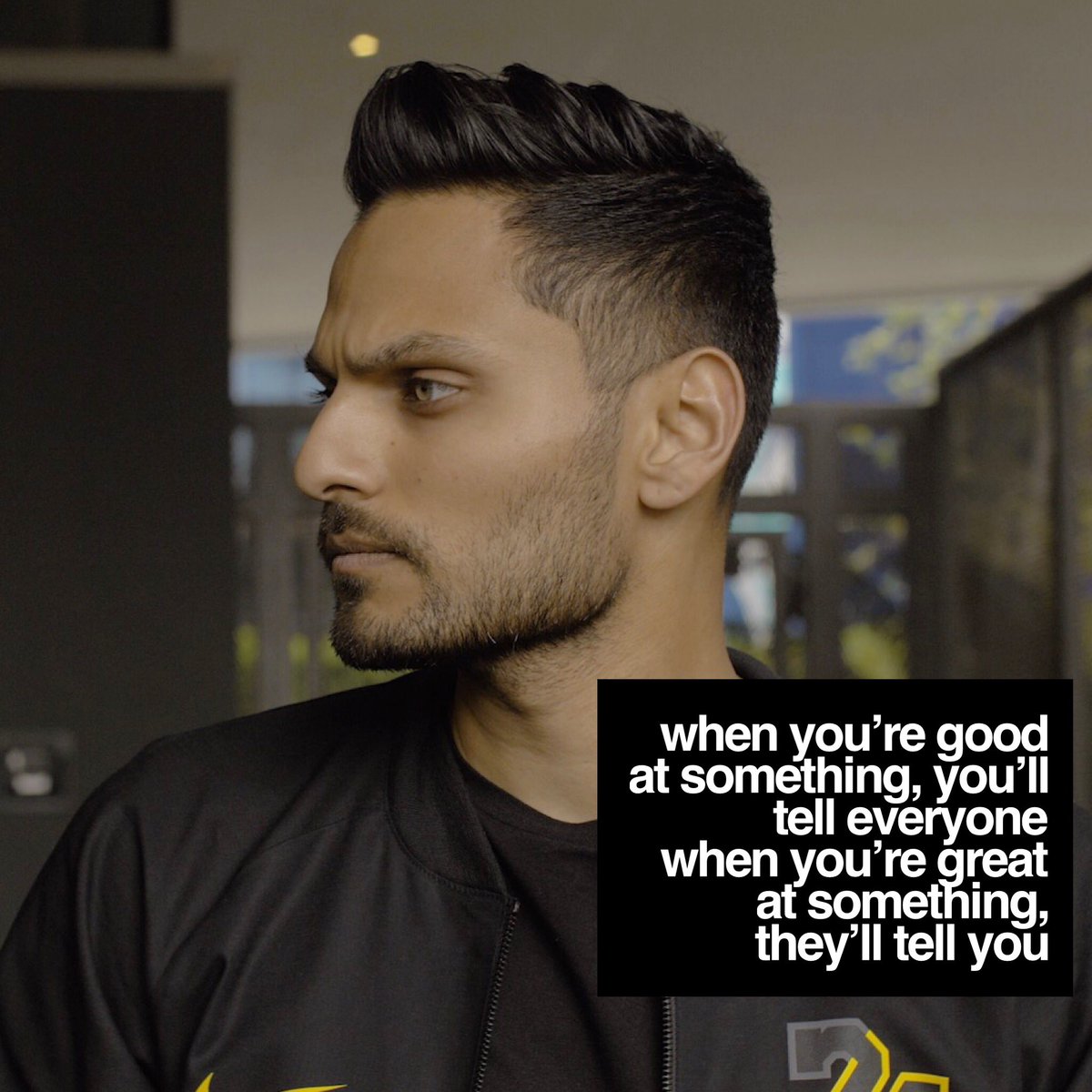 5. Never blame anyone if you got hurt by them because it was not their fault it was you who gave them the right to tear you apart. — Jay Shetty

8. You Don’t know what you need in your life until you figure out who you are. — Jay Shetty 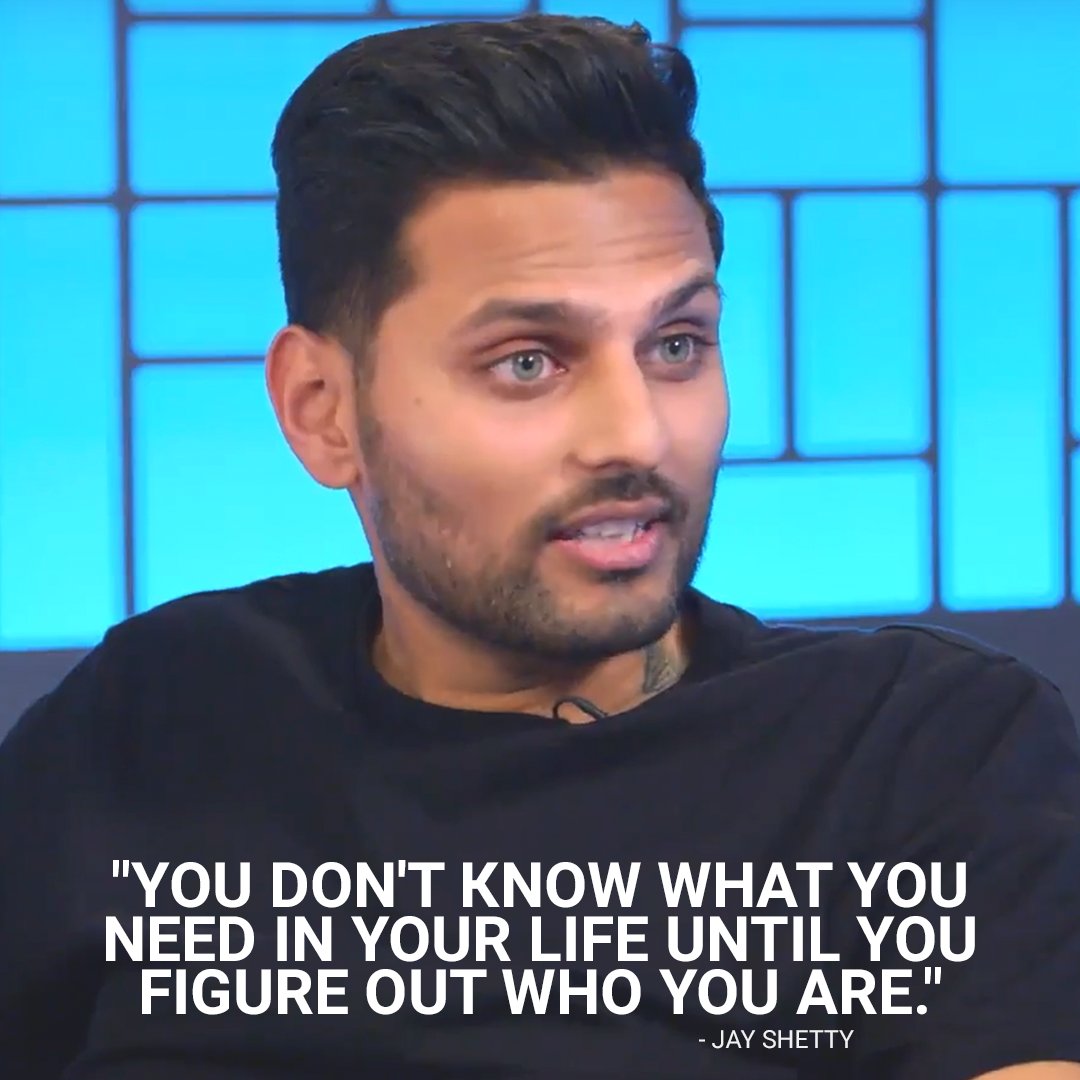 9. The days you don’t want to are the days you really have to if you want to reach your goal.  — Jay Shetty

11. The biggest room in the world is the room for self-improvement. — Jay Shetty

12. The best lesson I have learned in life came from the worst feeling I ever felt in life. — Jay Shetty 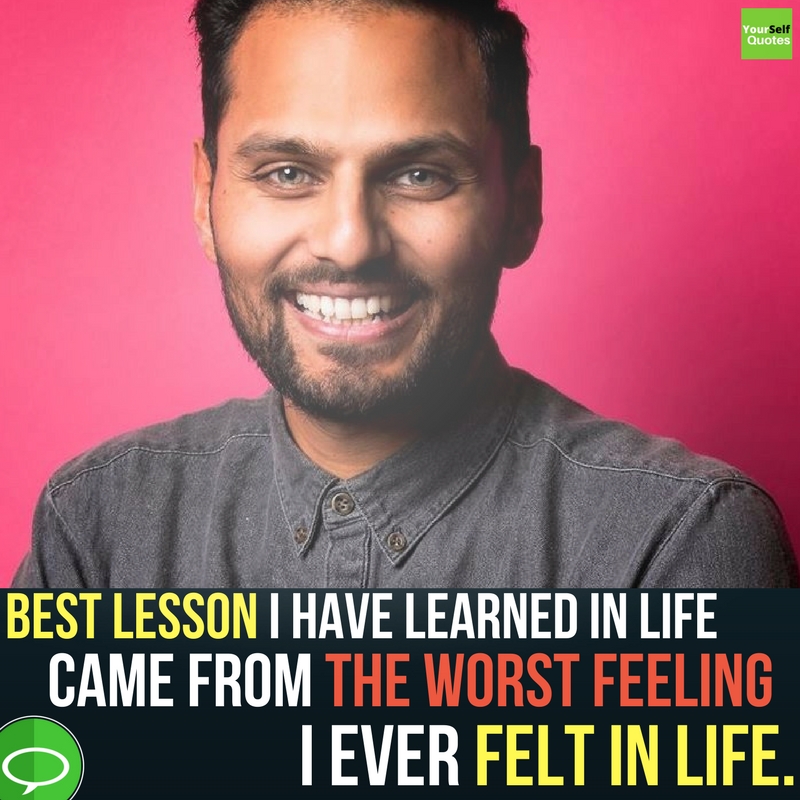 13. Stay around people who look more like your future than your past. — Jay Shetty

14. Your new life will cost you your old one. Remember it will be completely worth it.

— Jay Shetty
15. No matter how rich, talented or educated you to think you are, how you treat people says everything about you. — Jay Shetty[/pullquote]

16. Turn your cant’s into cans and your dreams into plans. — Jay Shetty 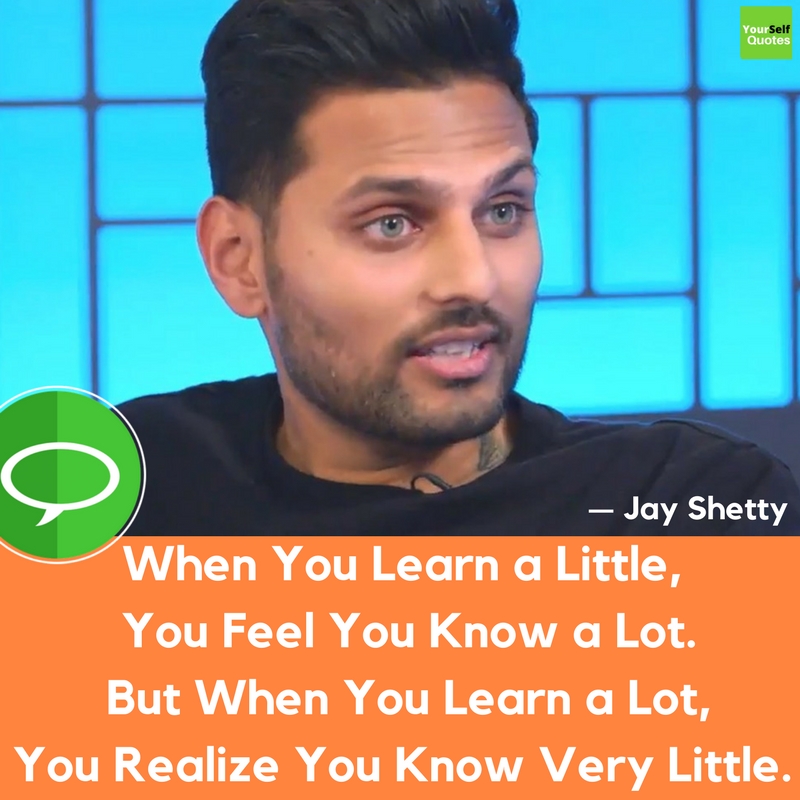 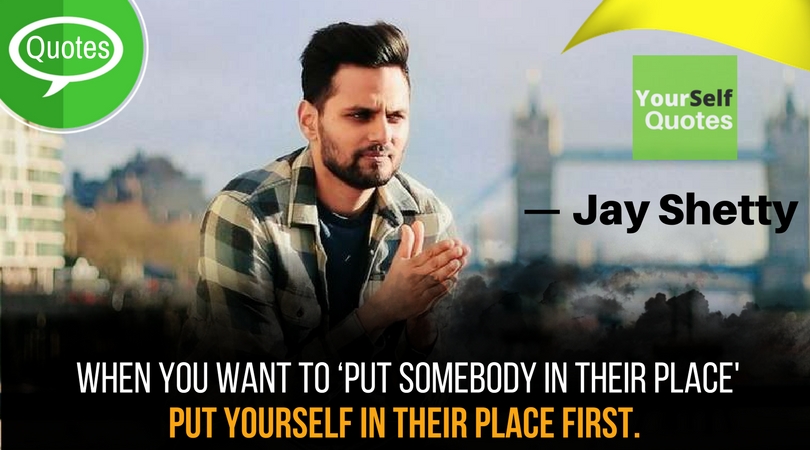 19. We put time limits on what we love, but we do what we don’t love for the all of the time. — Jay Shetty

20. We are meant to love people and use things ut today we use people and love things. — Jay Shetty 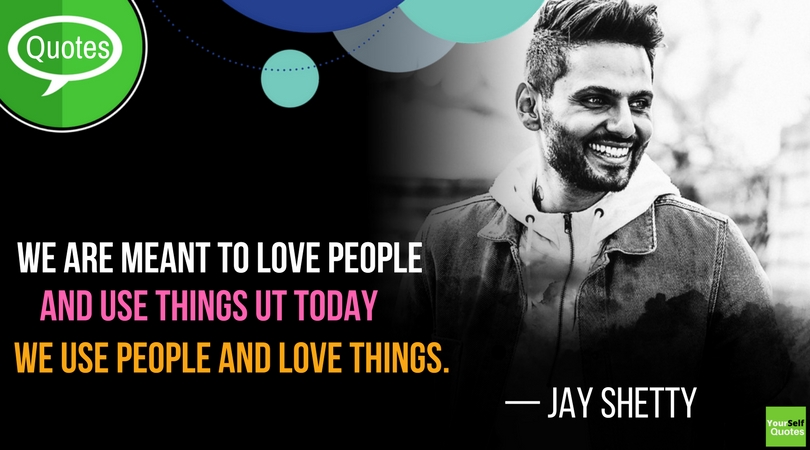 21. Your identity should be made by what you think you should be.

22. People who care will ask you how you’re doing, People who love will wait until you tell the truth. — Jay Shetty 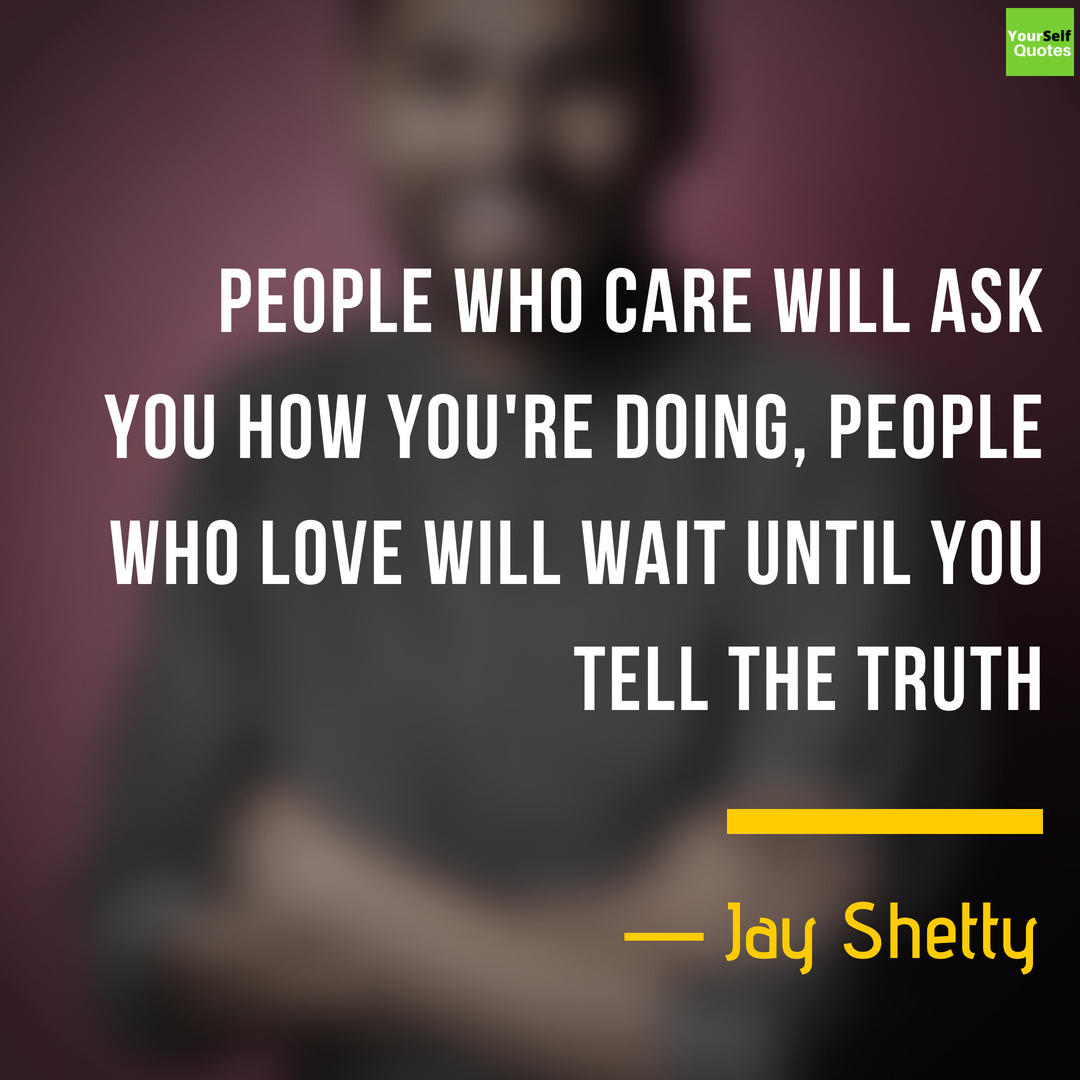 23. We need to learn to accept apologies that we never received. — Jay Shetty 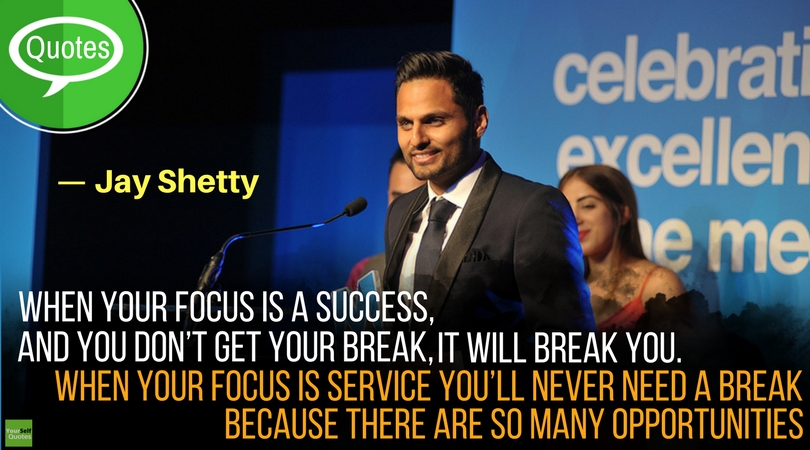 25. Remember every cloud eventually run out of the rain. What you’re experiencing now is just a season, not the overall climate. — Jay Shetty

26. Don’t depend too much on anyone in this world. Even your shadow leaves you when you’re in darkness. — Jay Shetty 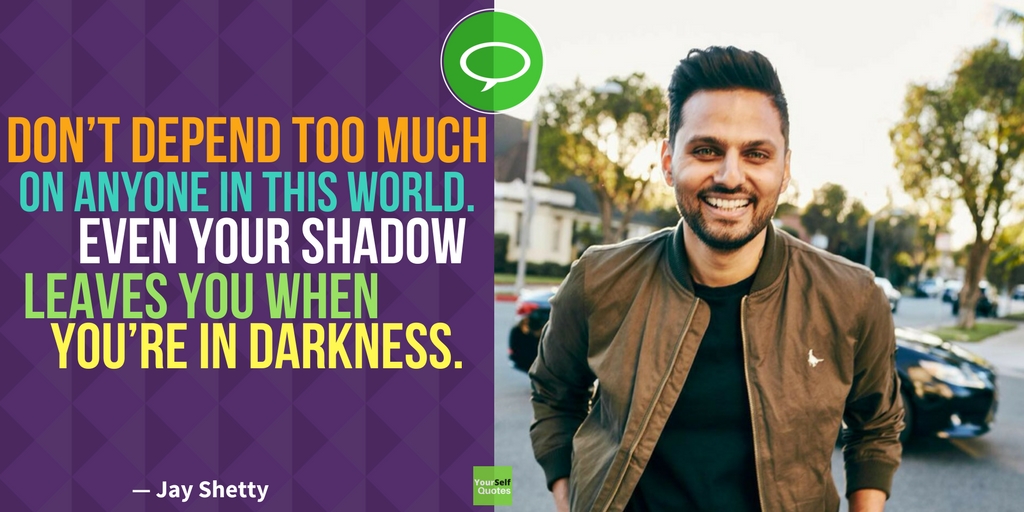 27. Canceling plans to read is ok. Skipping a party for the gym is ok. Staying home to cook is ok. Let’s encourage it and respect self-improvement. — Jay Shetty

28. Everything makes sense, even if you can’t make sense of it right now. Don’t judge the moment. — Jay Shetty 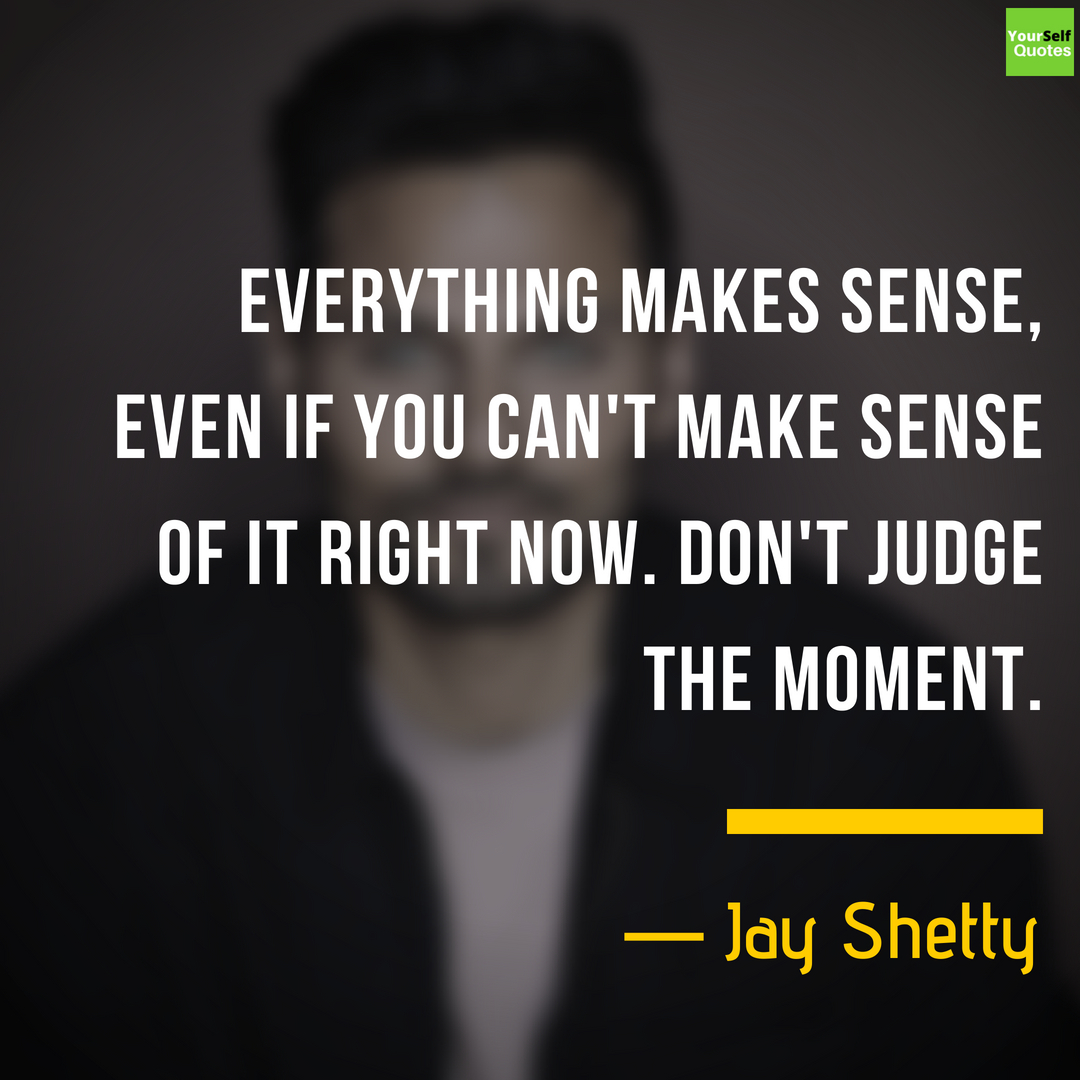 29. Don’t carry your mistakes around with you. Instead, place them under your feet and use them as stepping stones. — Jay Shetty 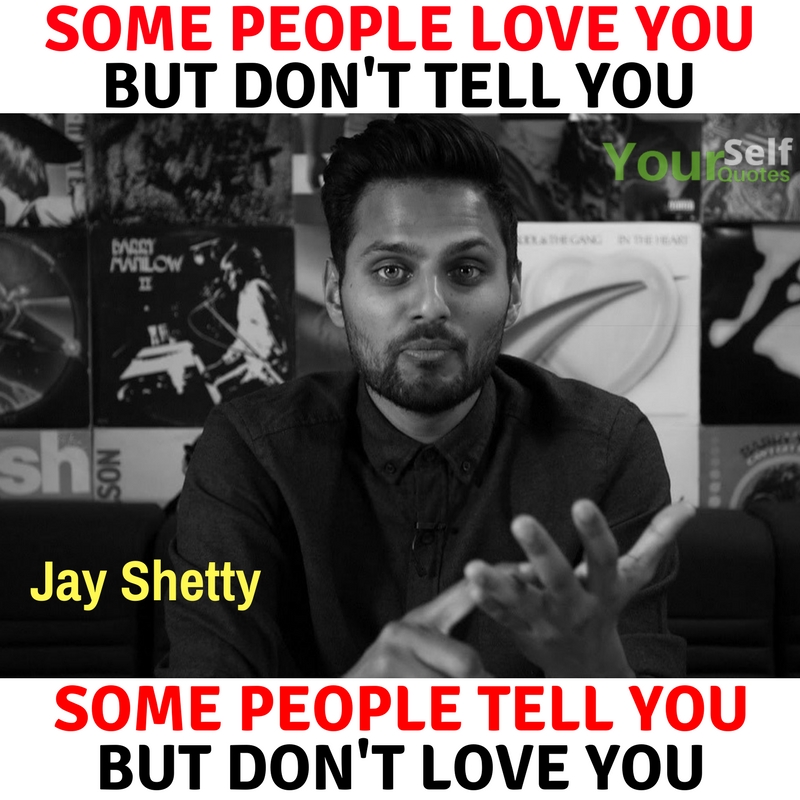 31. The slowest road to success is when you’re comparing yourself to others.

— Jay Shetty
32. Being happy for someone else’s success makes you happier. Go try it and stop being salty. — Jay Shetty 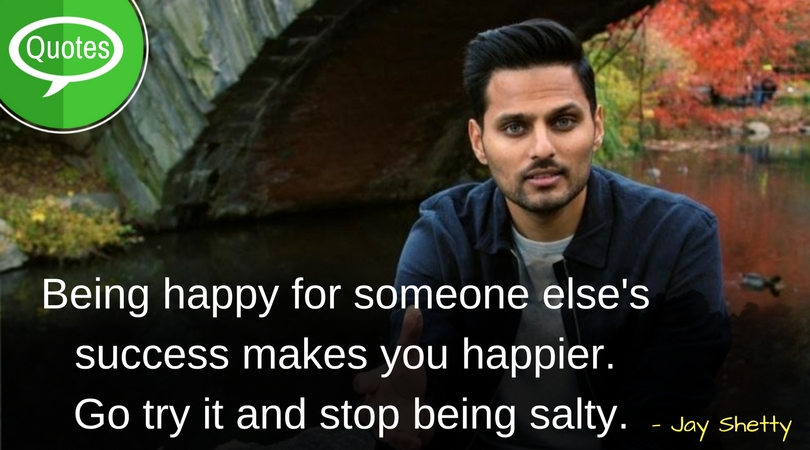 33. You’re not going to master the rest of your life in one day. Don’t stress. Master the day. Make this a daily reminder. — Jay Shetty

34. A best friend is someone who loves you when you forget to love yourself

35. The Challenge we have is that we only talk about people’s failures when they succeed. We feel like their failures never happened. We need to share these stories earlier. — Jay Shetty

36. At you best, you still won’t be good enough for the wrong person.

At Your worst, you’ll still be worth it to the right person. — Jay Shetty 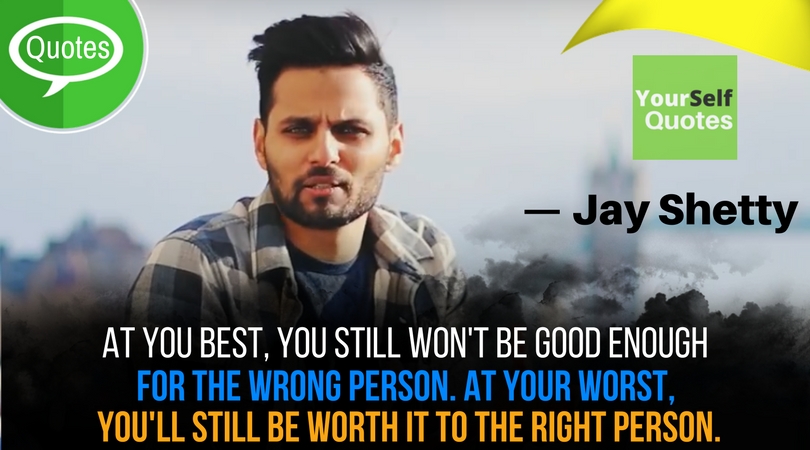 37. The more you try and keep up with others’ opinions, the more you’ll fall behind. — Jay Shetty

#1. Your new life will cost you your old one.

#3. Don’t let people who do so little for you, define so much of you.

#4. You don’t have to have it all figured out to move forward.

#5. We are defined by the stories we tell ourselves.

#6. The best lessons come from the worst moments.

#9. What a strange life. We trade out days for things. 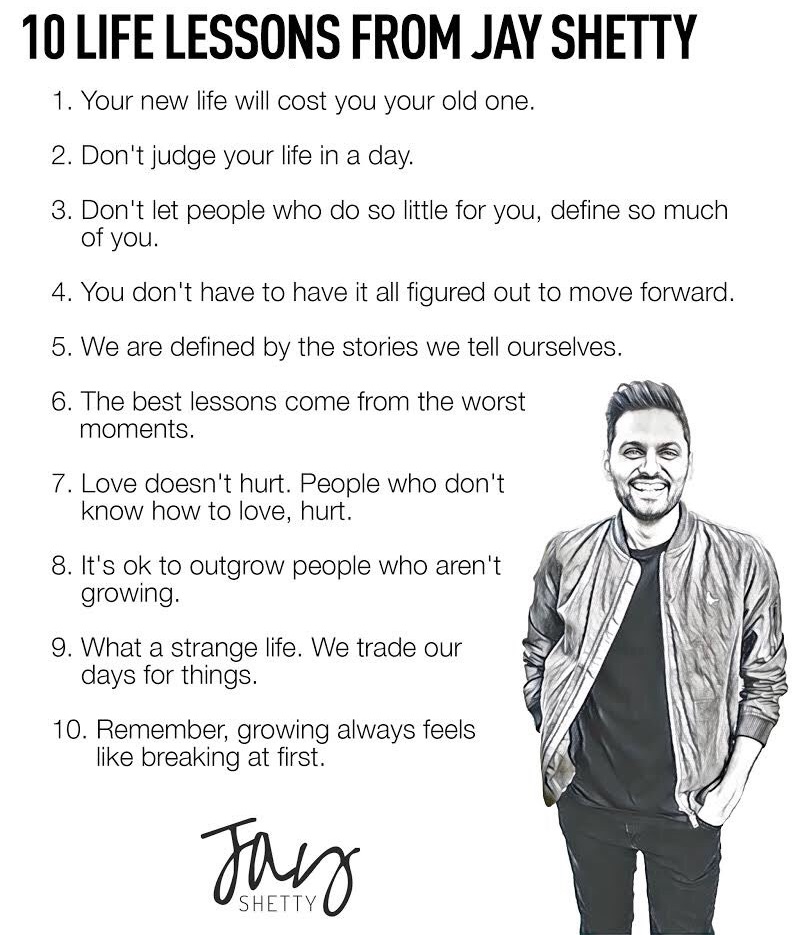 Jay Shetty’s speech and Jay Shetty Quote are very powerful which motivates the young generation toward success and for colorful & adventurous life. Jay Shetty Quotes Images will give positive energy, just keep following and practicing it to be a success in life.

Good Night Quotes Message for Her or Him

‘The Rock’ Dwayne Johnson Quotes to Find Your Inner Strength