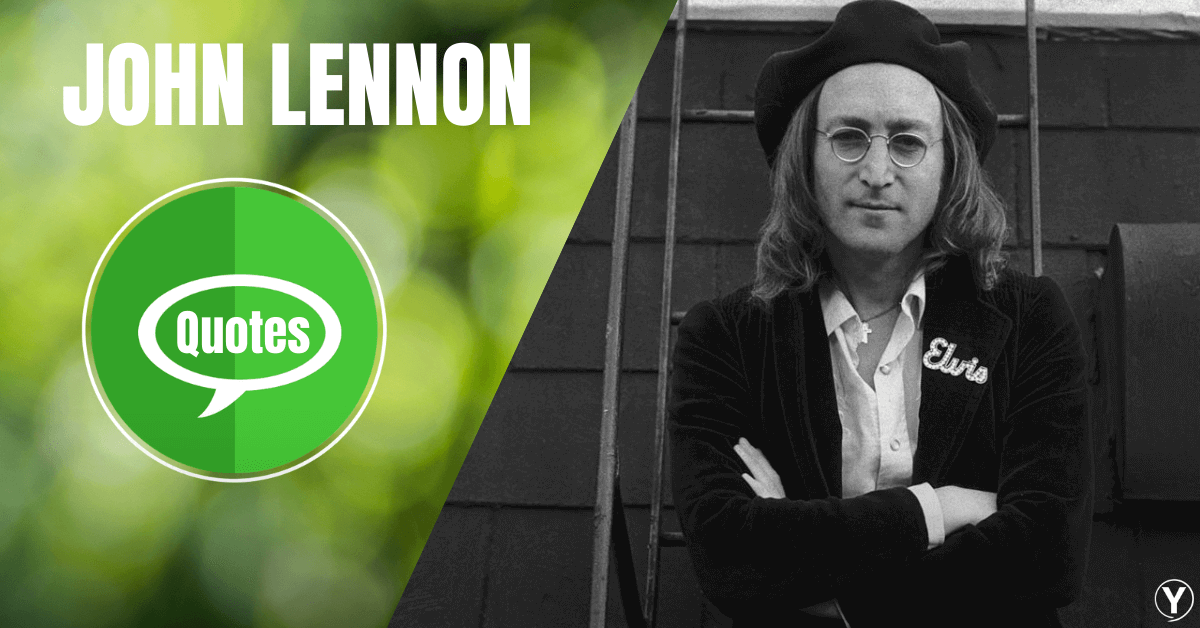 John Lennon popularly known as John Winston Ono Lennon was a famous English Singer & Songwriter. He was one of the famous peace activists who co-founded the Beatles. And Beatles is the most commercially successful band in the history of popular English music. With his fellow member Paul McCartney he formed a songwriting partnership.

Lennon was born on 9th October 1940, in Liverpool, England. Lennon was born to Julia (née Stanley) and Alfred Lennon. His father Alfred was a merchant seaman of Irish descent. In 1957, Lennon got married to Cynthia Powell.

John Lennon began writing and drawing creatively at a very early age. He used to collect stories, poetry, cartoons, and caricatures in a Quarry Bank High School exercise book that he called the Daily Howl. At the age of 24, it was clearly seen his love for wordplay. And he gained a wider audience. Apart from this Lennon played a mouth organ in his earlier days, then he played the harmonica. As he progressed in his career, he started playing a variety of electric guitars.

The songwriting partnership of Lennon–McCartney is considered to be one of the most influential and successful in the 2oth century. Lennon was a successful performer & co-writer, he had 25 number-one singles on the US Hot 100 chart. His sale of the album crossed a huge limit to 14 million units. His album Double Fantasy was his best-selling solo album. This album won Grammy Award for Album of the Year in 1981. And in the same year, the BRIT Award for Outstanding Contribution to Music was given to him.

Now let’s explore some of the best John Lennon Quotes to make your heart sing.

“Life is what happens while you are busy making other plans.” — John Lennon 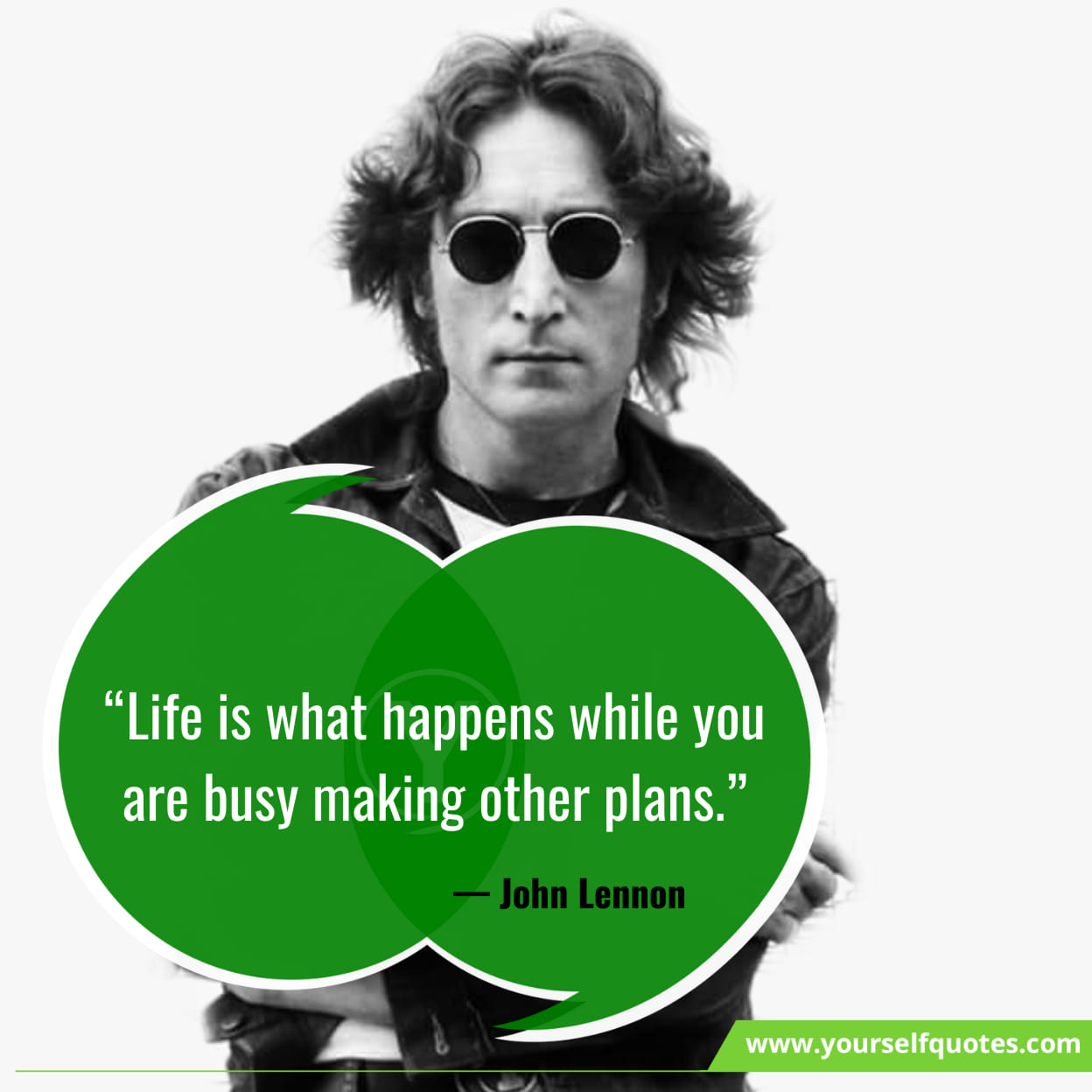 “Everything will be okay in the end. If it’s not okay, it’s not the end.” — John Lennon

“If we cannot love ourselves, we cannot fully open to our ability to love others or our potential to create.” — John Lennon

“Being honest may not get you a lot of friends, but it’ll always get you the right ones.” — John Lennon

“There are no problems, only solutions.” — John Lennon

“When I cannot sing my heart, I can only speak my mind.” — John Lennon

“You’re all geniuses, and you’re all beautiful. You don’t need anyone to tell you who you are. You are what you are.” — John Lennon

“Only by trying on other people’s clothes do we find what size we are.” — John Lennon

“Time you enjoy wasting, was not wasted.” — John Lennon 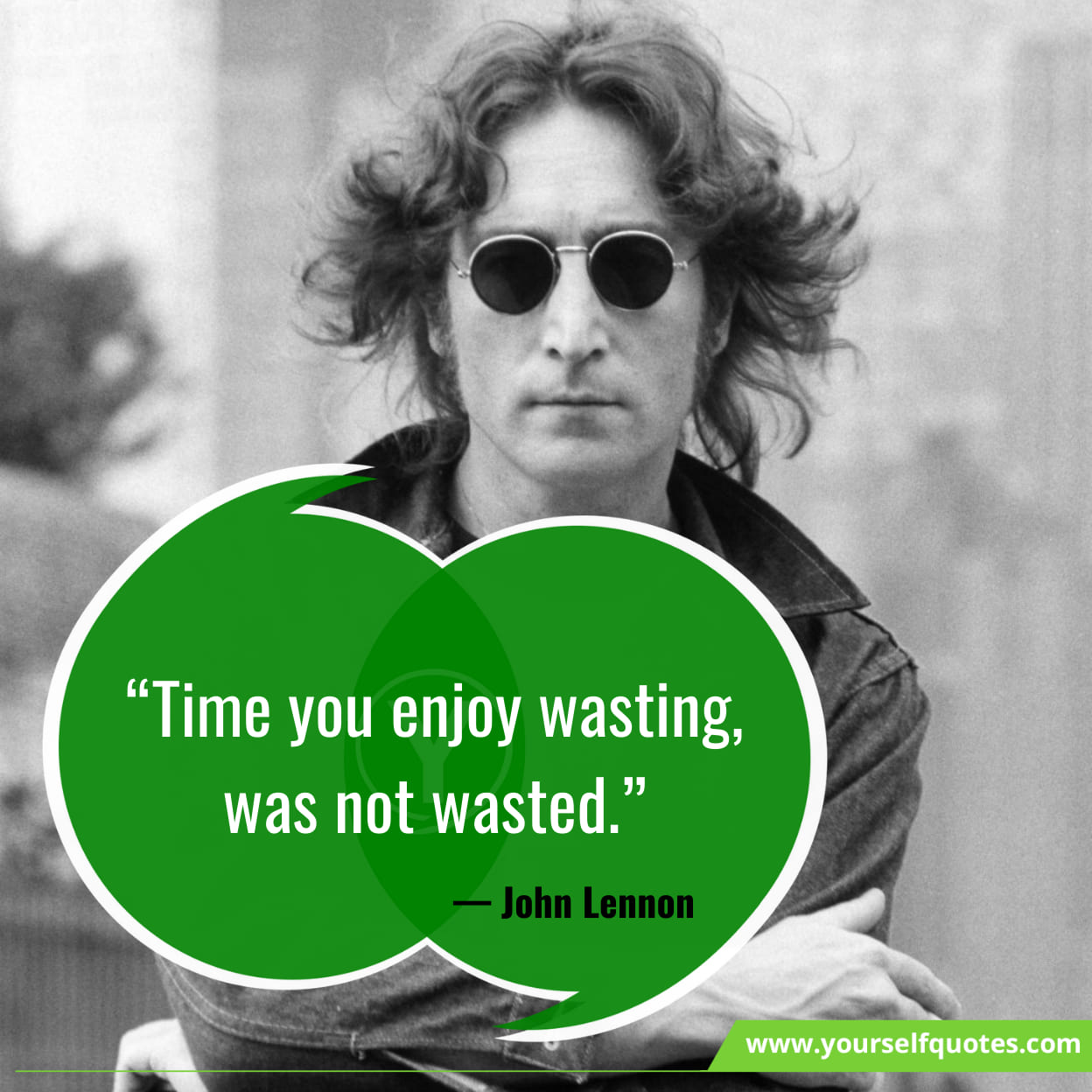 “The sun is up, the sky is blue It’s beautiful, and so are you.” — John Lennon

“I believe in everything until it’s disproved. So I believe in fairies, myths, dragons. It all exists, even if it’s in your mind. Who’s to say that dreams and nightmares aren’t as real as the here and now?.” — John Lennon

“Peace in your mind, peace on earth, peace at work, peace at home, peace in the world.” — John Lennon

“Happiness is inside you, not with another person.” — John Lennon 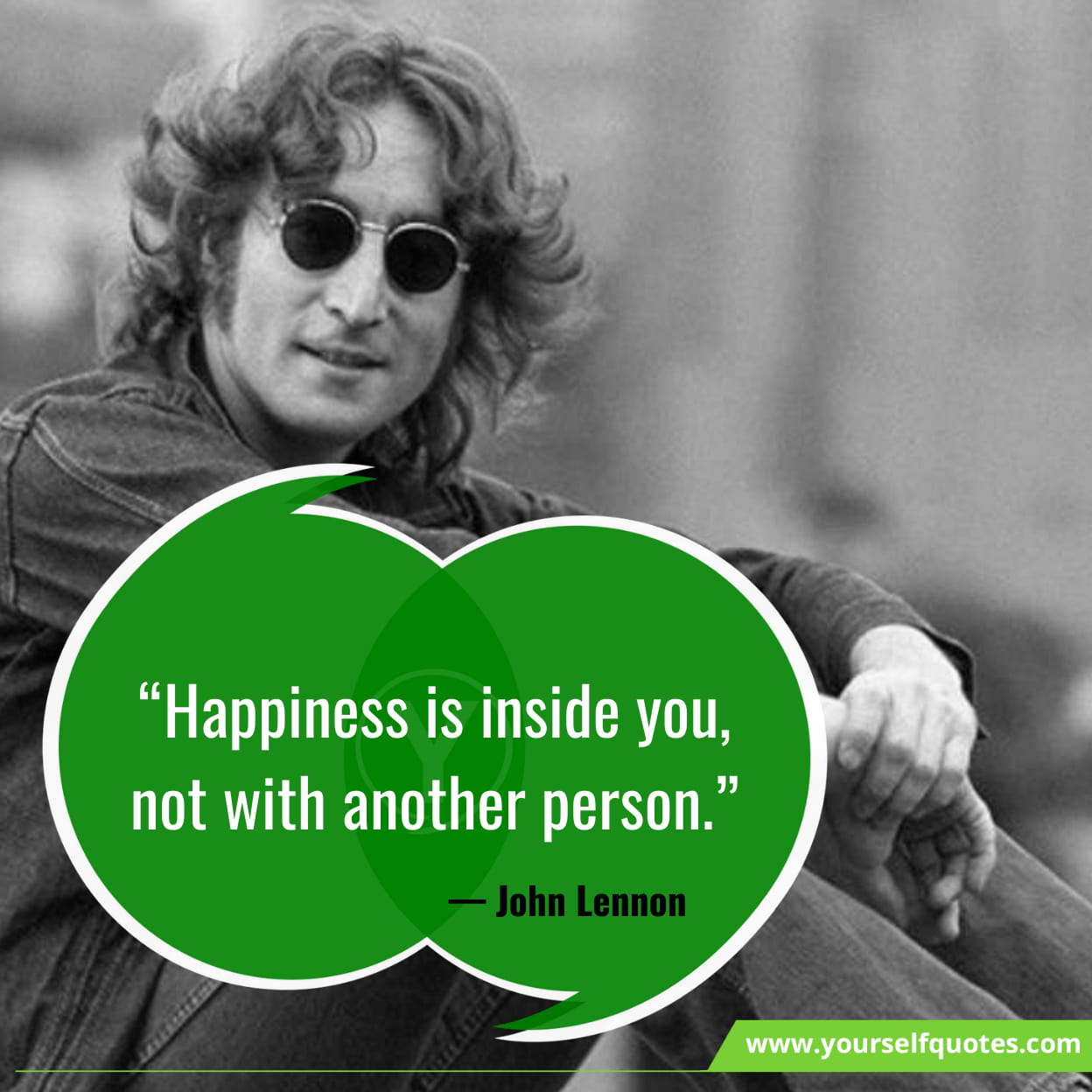 “A mistake is only an error, it becomes a mistake when you fail to correct it.” — John Lennon

“When you’re drowning you don’t think, I would be incredibly pleased if someone would notice I’m drowning and come and rescue me. You just scream.” — John Lennon

“I’m not going to change the way I look or the way I feel to conform to anything. I’ve always been a freak. So I’ve been a freak all my life and I have to live with that, you know. I’m one of those people.” — John Lennon

“When you do something noble and beautiful and nobody notices, do not be sad. For the sun every morning is a beautiful spectacle and yet most of the audience still sleeps.” — John Lennon

“Everything is clearer when you’re in love.” — John Lennon 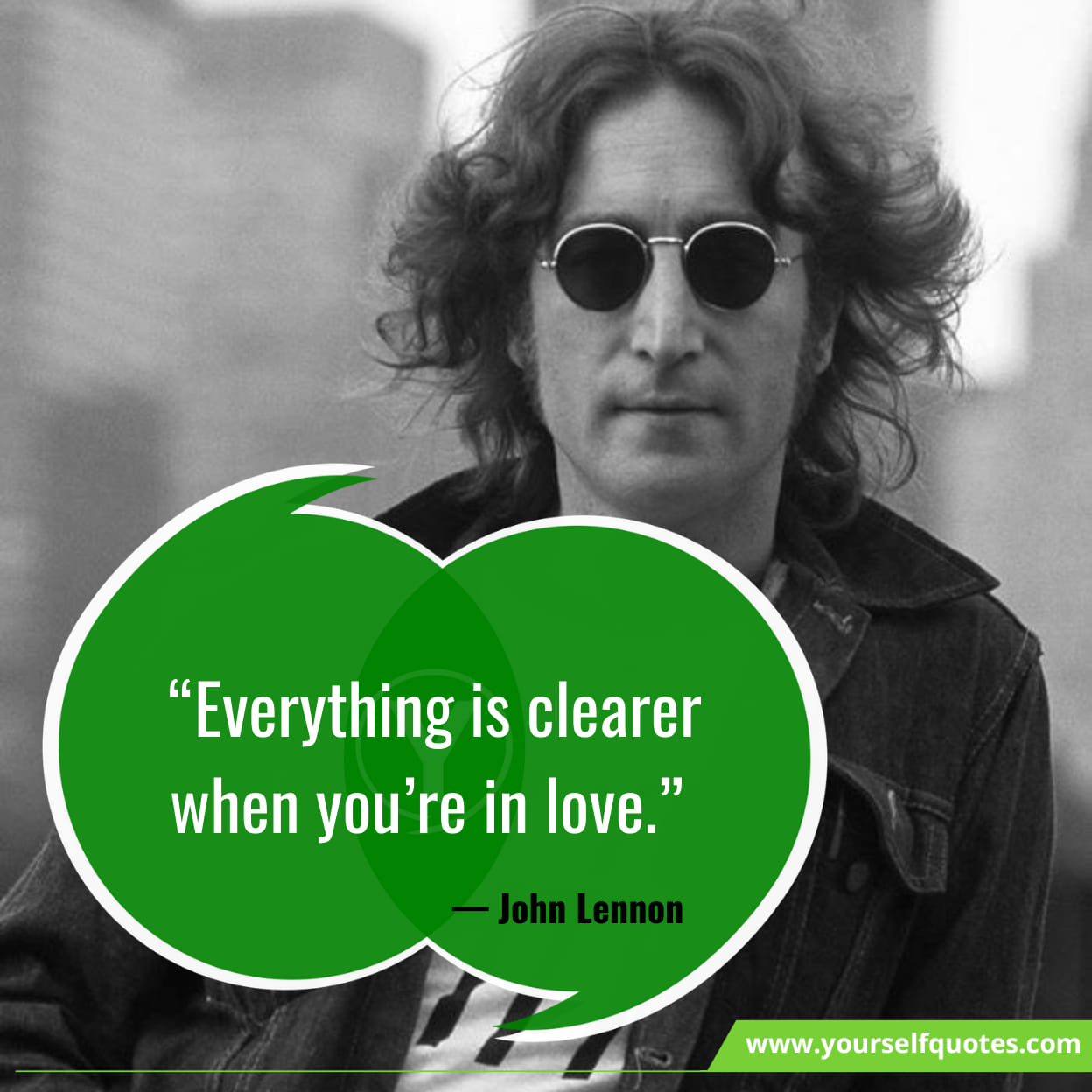 “My role in society, or any artist’s or poet’s role, is to try and express what we all feel. Not to tell people how to feel. Not as a preacher, not as a leader, but as a reflection of us all.” — John Lennon

“We live in a world where we have to hide to make love, while violence is practised in broad daylight.” — John Lennon

“Love is a promise, love is a souvenir, once given never forgotten, never let it disappear.” — John Lennon

“Love is the answer, and you know that for sure, Love is a flower you got to let it grow.” — John Lennon

“Everybody loves you when you’re six feet in the ground.” — John Lennon

“If everyone demanded peace instead of another television set, then there’d be peace.” — John Lennon

“As usual, there is a great woman behind every idiot.” — John Lennon 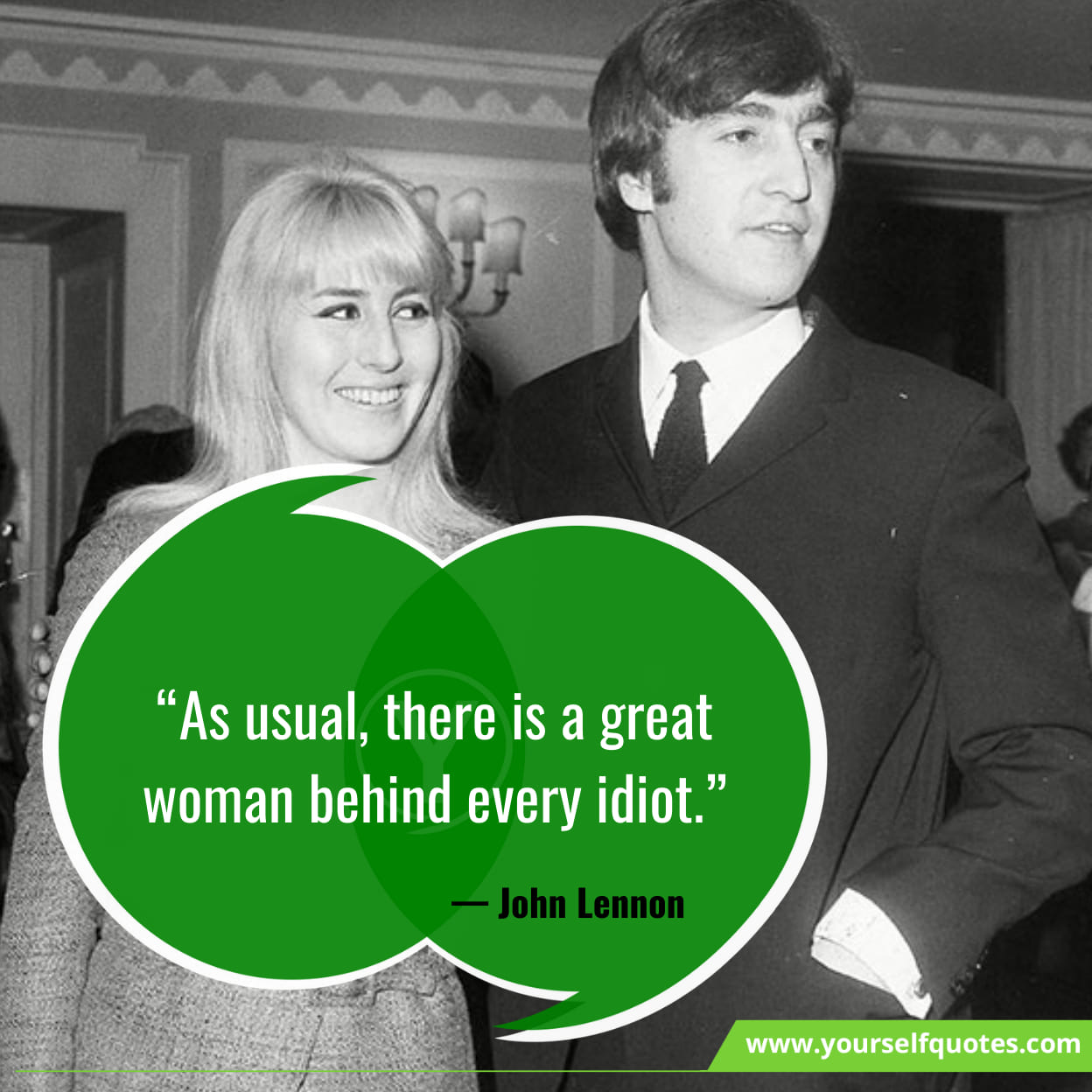 “Declare it. Just the same way, we declare war. That is how we will have peace… we just need to declare it.” — John Lennon

“Rituals are important. Nowadays, it’s hip not to be married. I’m not interested in being hip.” — John Lennon

“If everyone demanded peace instead of another television set, then there’d be peace.” — John Lennon

The man who needs no introduction is none other than John Lennon. He was a music legend that changed the theme of the music world and remained in our minds forever. Through his music and art, his rebellious nature and acerbic wit can be easily noticed.

Lennon produced many albums that included John Lennon/Plastic Ono Band and Imagine, and songs such as “Working Class Hero”, “Imagine“ and “Happy Xmas (War Is Over)“. He was shot dead in the archway of his Manhattan apartment building three weeks after his album’s release on 8th December 1980.

Hope you are in love with the words of this great personality. If yes, then do share these John Lennon Quotes Images with your friends and family.