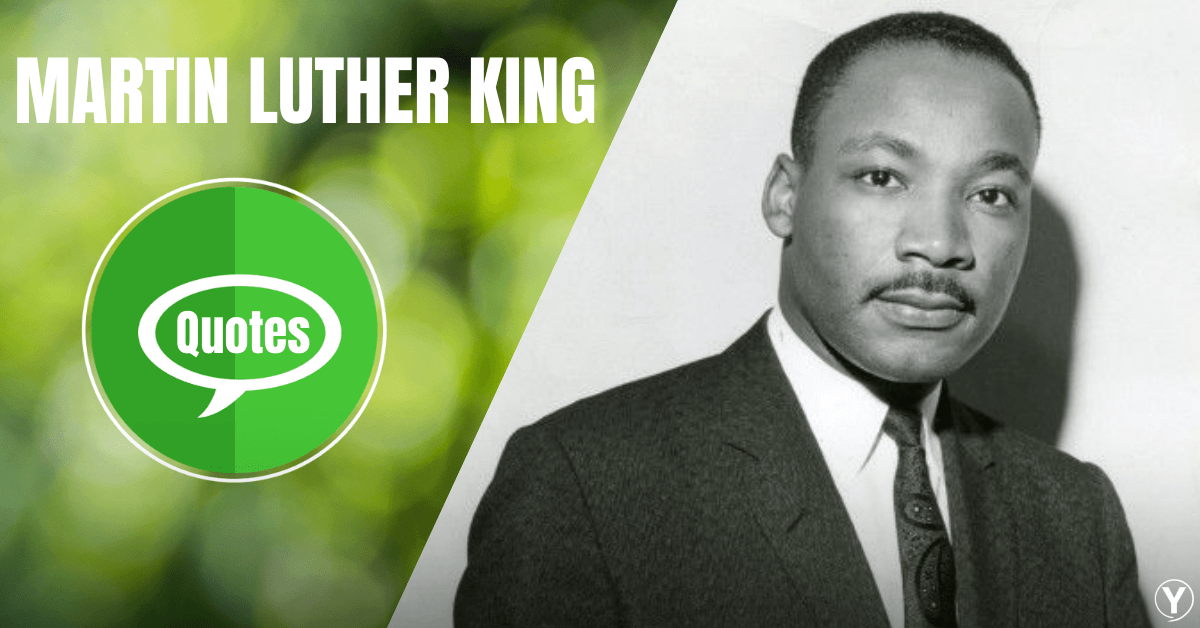 Martin Luther King Jr. was a man of words and popular among people because of his excellent leadership skills. He was an eminent American Christian minister and activist who became the most visible spokesperson and leader in the Civil Rights Movement from 1955 until his assassination in 1968.

Martin from a very young age started experiencing racism. And due to this, he turned out to be an activist, and activism became a part of his life. He graduated from college with a doctorate degree in Theology. Later, he became a pastor in Alabama.

The leader is known for advancing civil rights through nonviolence and civil disobedience, inspired by his Christian beliefs and the nonviolent activism of Mahatma Gandhi. 1955 Montgomery bus boycott was led by him. He became the president of the Southern Christian Leadership Conference (SCLC).

He played a significant role by remaining active by regularly giving inspirational speeches and through his activism. His contribution and efforts to the legal segregation of African-American citizens in the United States, as well as the creation of the Civil Rights Act of 1964 and the Voting Rights Act of 1965, was commendable.

One of the speeches by this great leader was “I Have a Dream”, and this made him more popular and known among people. Through this speech, he drew the attention of more than 200,000 people in the shadow of the Lincoln Memorial. His words stressed his belief that someday all men could be brothers.

Martin Luther King, Jr. / “I Have A Dream” speech, August 28, 1963 – “I have a dream that my four children will one day live in a nation where they will not be judged by the color of their skin but by the content of their character.”

Through his words filled with enthusiasm and inspiration, he became the king of the hearts of millions of folk. So let’s go through some of the most appreciated Martin Luther King. Jr. Quotes that will make you follow him.

“If I cannot do great things, I can do small things in a great way.” — Martin Luther King, Jr.

“It does not matter how long you live, but how well you do it.” — Martin Luther King, Jr.

“No one really knows why they are alive until they know what they’d die for.” — Martin Luther King, Jr.

“Those who love peace must learn to organize as effectively as those who love war.” — Martin Luther King, Jr.

“Faith is taking the first step even when you can’t see the whole staircase.” — Martin Luther King, Jr.

“There comes a time when one must take a position that is neither safe nor politic nor popular, but he must take it because his conscience tells him it is right.” — Martin Luther King, Jr.

“A genuine leader is not a searcher for consensus but a molder of consensus.” — Martin Luther King, Jr.

“Those who are not looking for happiness are the most likely to find it, because those who are searching forget that the surest way to be happy is to seek happiness for others.” — Martin Luther King, Jr.

“All labor that uplifts humanity has dignity and importance and should be undertaken with painstaking excellence.” — Martin Luther King

“Our lives begin to end the day we become silent about things that matter.” — Martin Luther King, Jr.

“We may have come on different ships, but we’re in the same boat now.” — Martin Luther King, Jr.

“In the end, we will remember not the words of our enemies, but the silence of our friends.” — Martin Luther King, Jr.

“Love is the only force capable of transforming an enemy into a friend.” — Martin Luther King, Jr.

Martin Luther King, Jr. was a famous American Baptist minister and activist. He was considered one of the most visible spokespeople and leaders in the Civil Rights Movement.

His life left a strong footprint on race relations in the United States. Even after his death, he was the most widely known African American leader of his era. His life and work have been honored. And this was visualized with a national holiday, schools and public buildings named after him, and a memorial on Independence Mall in Washington, D.C.

I hope you enjoyed knowing about this great man of history. So now it’s your turn to share out these acceptable Martin Luther King, Jr. Quotes Images with your friends, family, and loved ones.