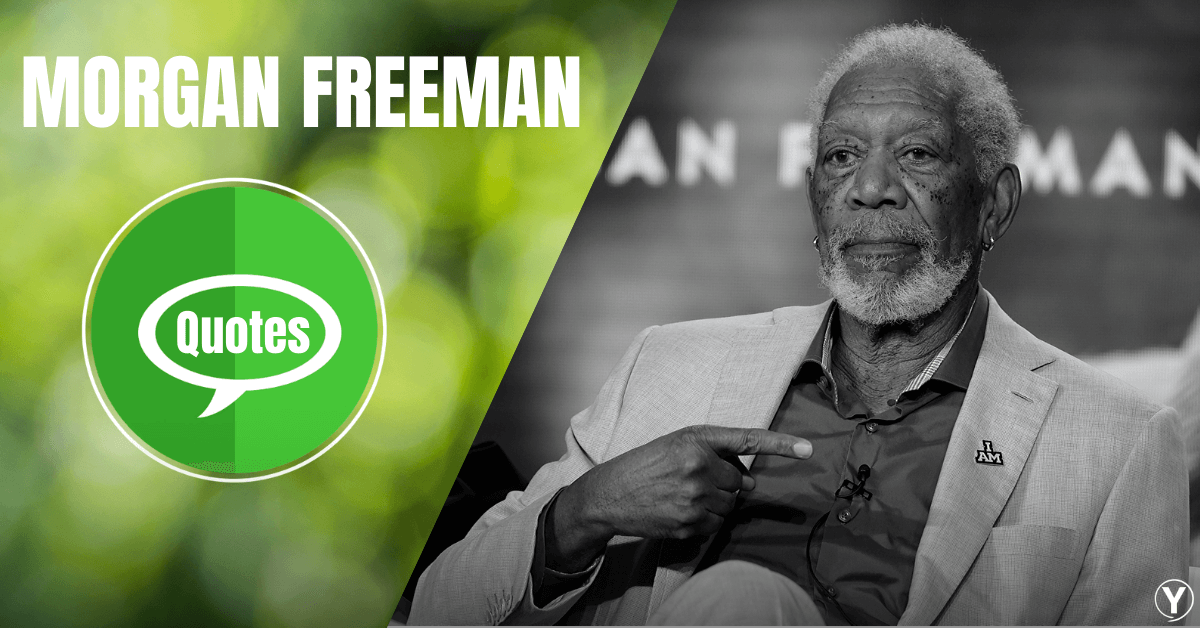 The most inspirational words for becoming a confident individual, then have a look at the real Morgan Freeman to become an inspiring personality. One of the most respected American actors, producers, and narrators was born on June 1, 1937.

He was none other than Morgan Freeman. He was born in Memphis, Tennessee, United States. His father, Morgan Porterfield Freeman, was a barber and his mother Mayme Edna was a teacher. He had three older siblings.

As a kid, Morgan used to spend his time scraping together enough money to see the money. It was that time by chance he got himself into acting. At the age of 12, when he was in junior high school, one day he was punished, for pulling a chair of the girl he had a crush on and was ordered to participate in the school’s drama competition. Finally, he proved to be a natural actor on the stage.

1967, He married Jeanette Adair Bradshaw. And in the very same year, he got a role in an African-American Broadway Production of Hello, Dolly! starring Pearl Bailey. He appeared in The Electric Company, a public television-produced children’s TV show that focused on teaching kids how to read.

Freeman made his directorial debut in 1993 with Bopha! For Paramount Pictures. In July 2009, Freeman was one of the presenters at the 46664 Concert celebrating Nelson Mandela’s birthday at Radio City Music Hall in New York City.

Freeman won an Academy Award in 2005 for Best Supporting Actor with Million Dollar Baby, and he received Oscar nominations for his performances in Street Smart, Driving Miss Daisy, The Shawshank Redemption, and Invictus.

He is ranked as the fifth-highest box office star with $4.31 billion in total box office grosses, an average of $74.4 million per film.

Freeman uttered words of wisdom that became an inspiration for all to follow and move with. His quotes make us think out of the box and broaden our vision of life from his point of view. So let’s have a look at the most inspiring life quotes by him.

“One thing that defines humans: if we can imagine it, we can do it.” – Morgan Freeman 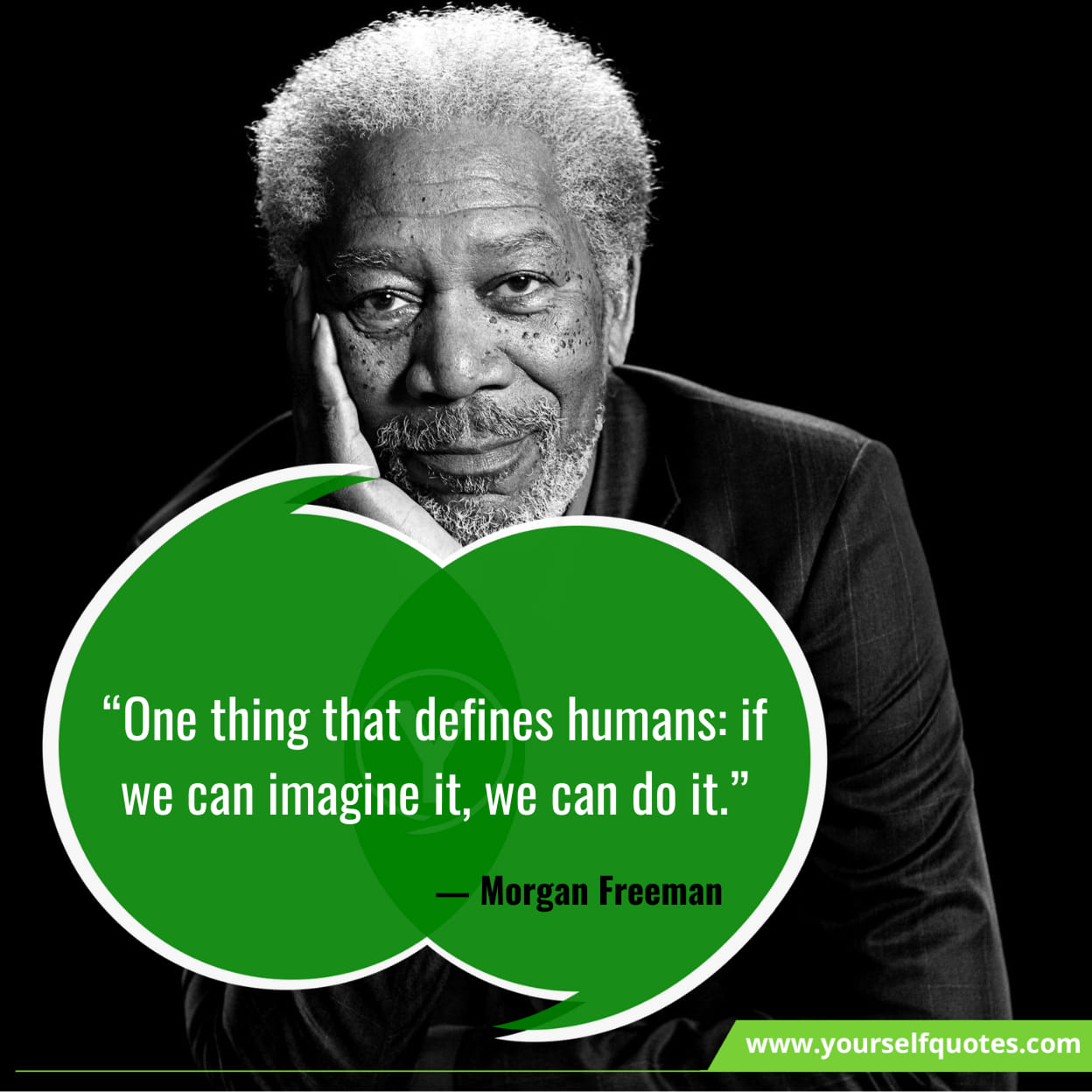 “Challenge yourself; it’s the only path which leads to growth.”

“The best way to guarantee a loss is to quit.” – Morgan Freeman

“As you grow in this business, you learn how to do more with less.” – Morgan Freeman

“Jealousy is the good indication that you are doing things the right way. People never get jealous of losers.” – Morgan Freeman

“Either get busy living or get busy doing.” – Morgan Freeman 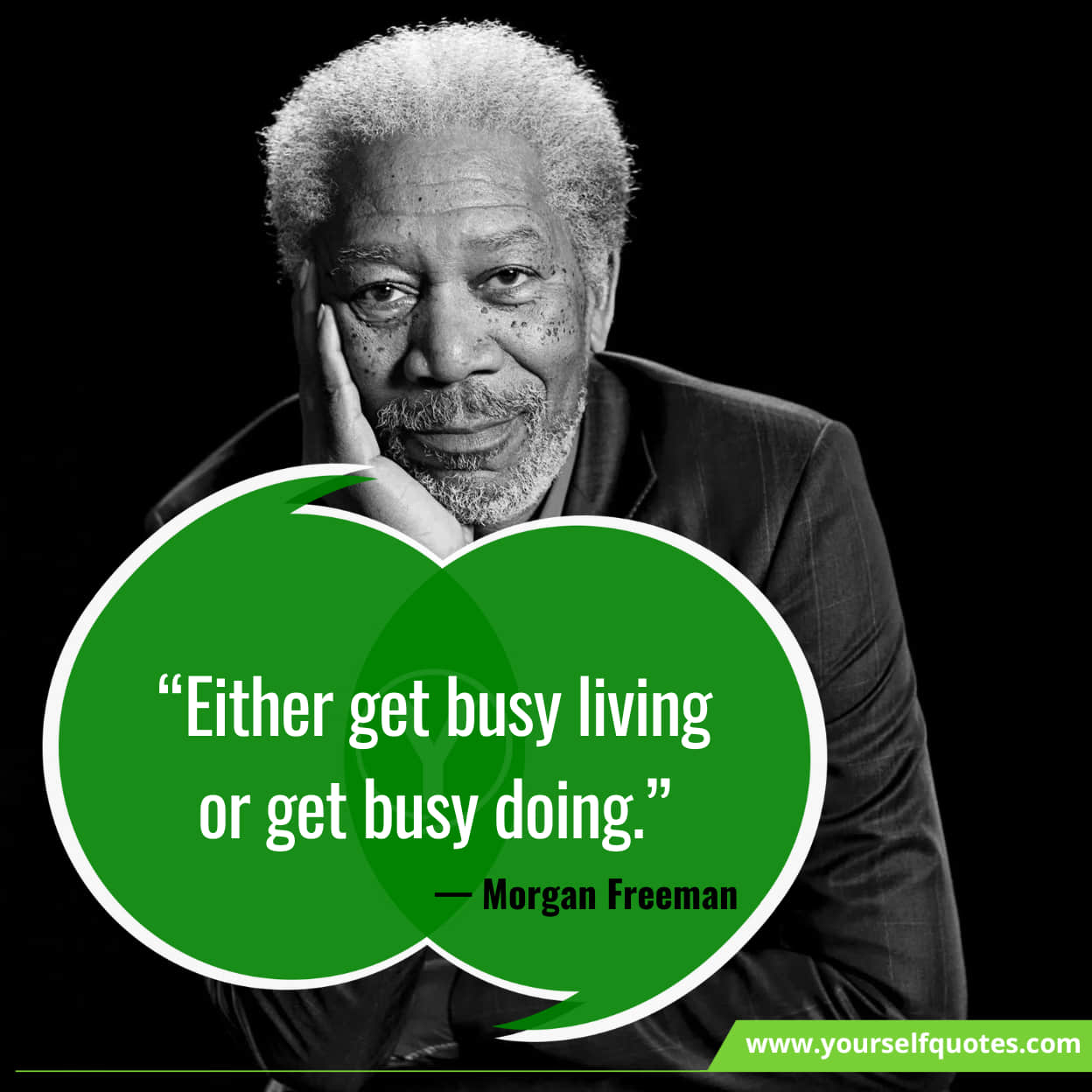 “Learning how to be still, to really be still and let life happen, that stillness becomes a radiance” – Morgan Freeman

“There is no bad religion, there are only bad people.” – Morgan Freeman

“Never let pride be your guiding principle. Let your accomplishments speak for you.” – Morgan Freeman

“Challenge yourself, it’s the only path which leads to growth.” ― Morgan Freeman 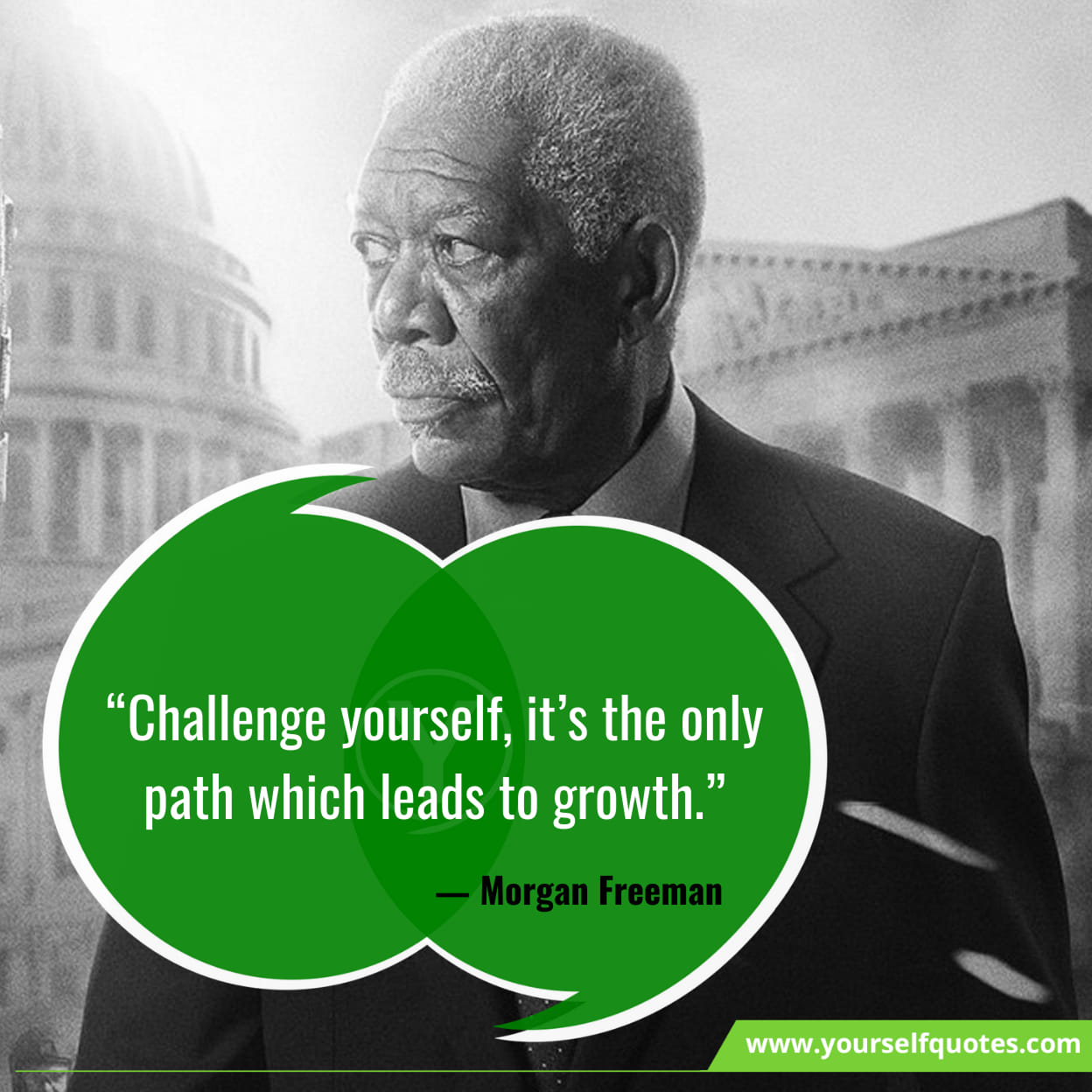 “This is one of the truths of the universe, and you heard it first from here: Whatever we decide we want to do is what we do.” – Morgan Freeman

“If your life turns out to be good and you have a tremendous amount of luck in your life, it’s a good thing to turn around and make it work for others.” – Morgan Freeman

“As long as you feel like a victim, you are one.” – Morgan Freeman

“We humans are more concerned with having than with being.” – Morgan Freeman 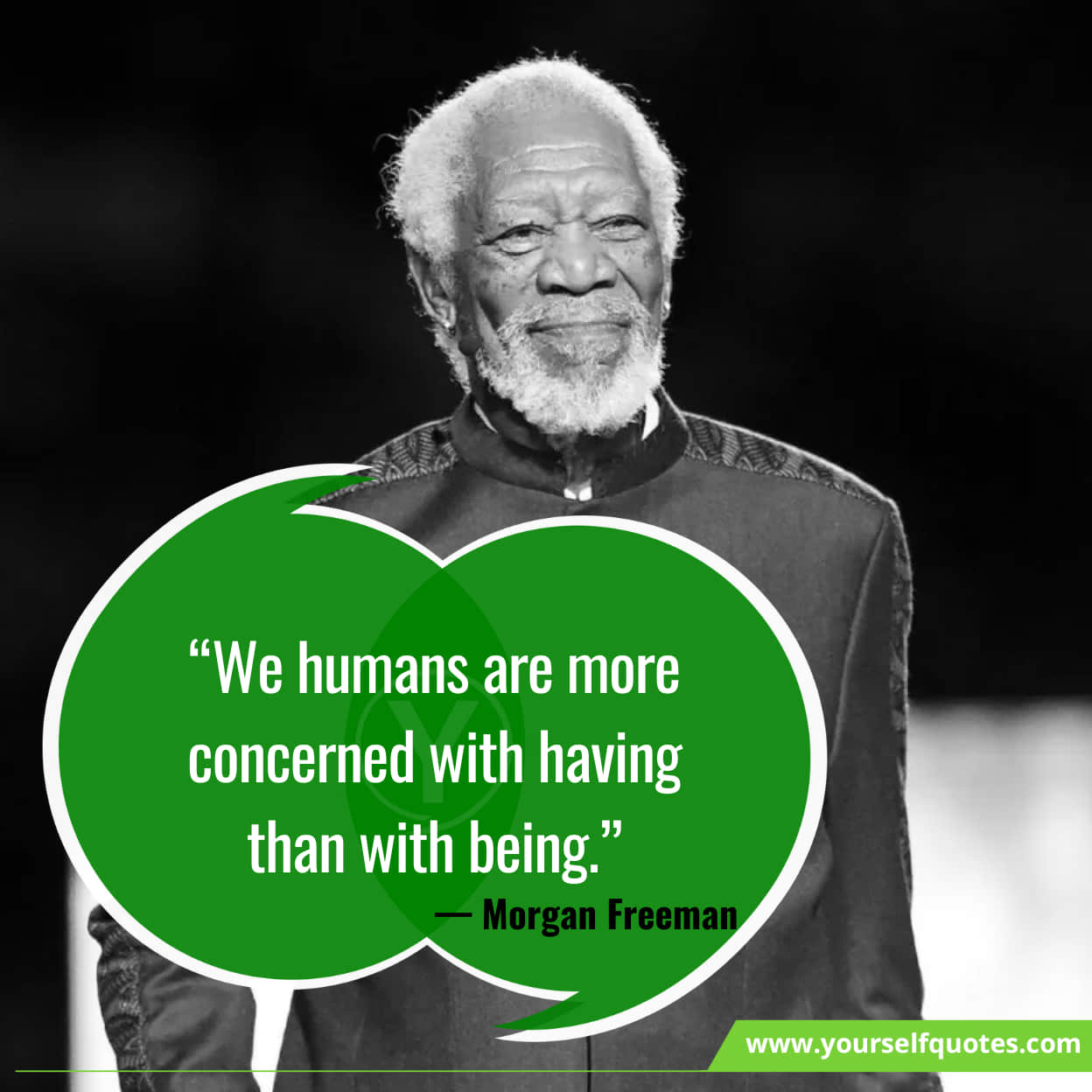 “The reason actors, artists, writers have agents is because we’ll do it for nothing. That’s a basic fact – you gotta do it.” ― Morgan Freeman

“I want to thank everybody and anybody who ever had anything to do with the making of this picture.” ― Morgan Freeman

“Life doesn’t offer you promises whatsoever, so it’s very easy to become, ‘Whatever happened to… ?’ It’s great to be wanted. I spent a few years not being wanted and this is better.” ― Morgan Freeman

“If you live a life of make-believe, your life isn’t worth anything until you do something that does challenge your reality. And to me, sailing the open ocean is a real challenge, because it’s life or death.” ― Morgan Freeman 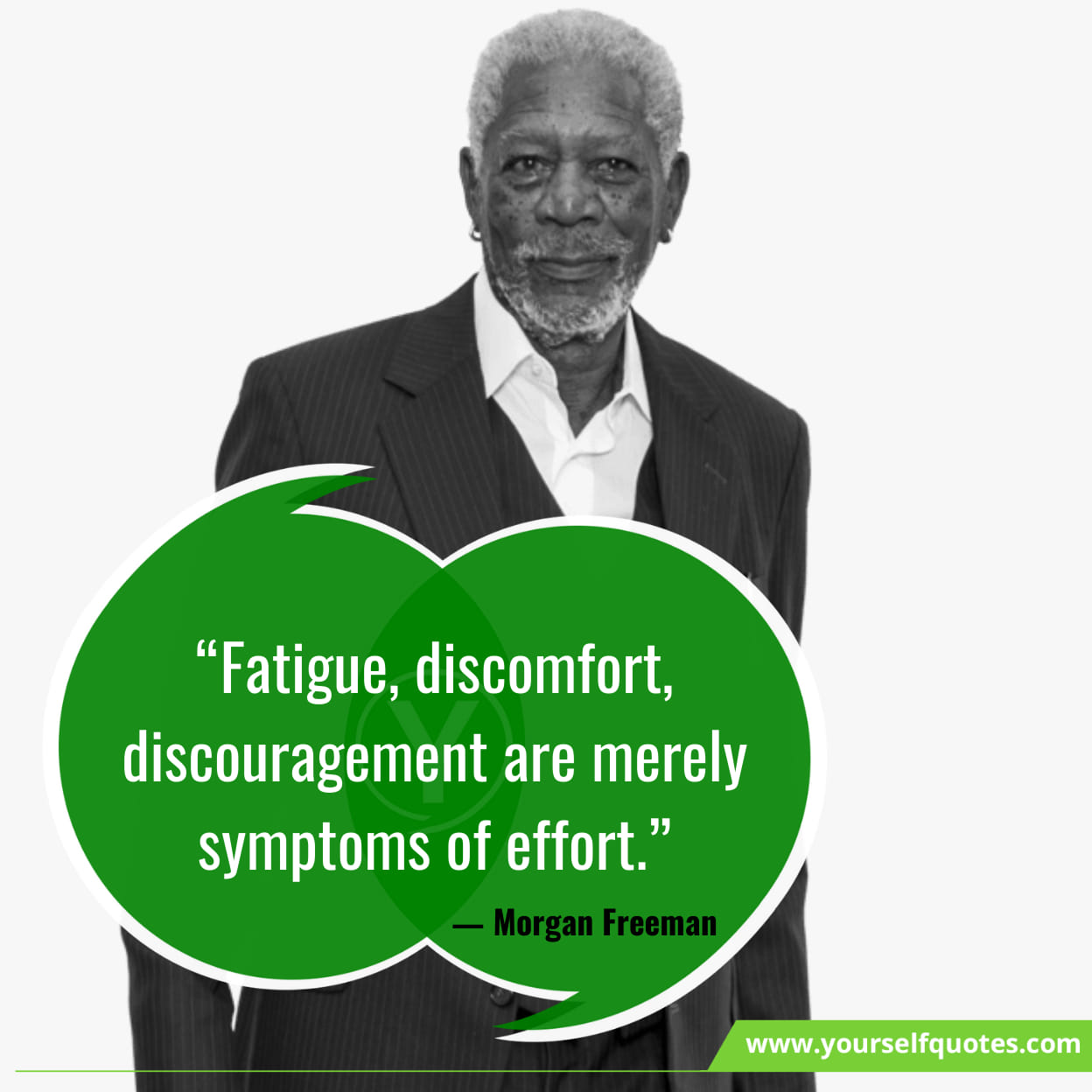 “Literacy could be the ladder out of poverty.” ― Morgan Freeman

“Get busy living or get busy dying!” ― Morgan Freeman

“Dr. Martin Luther King is not a black hero. He is an American hero.” ― Morgan Freeman

“Attacking People With Disabilities is the Lowest Display of Power I Can Think Of.” ― Morgan Freeman

“Don’t be different just for different’s sake. If you see it differently, function that way. Follow your own muse, always.” ― Morgan Freeman

“I never said any of those quotes…” ― Morgan Freeman

“Insanity is coasting through life in a miserable existence when you have a caged lion locked inside and the key to release it.” ― Morgan Freeman

“Never pay for what you steal” ― Morgan Freeman

“How do we change the world? One Random Act of Kindness at a time.” ― Morgan Freeman 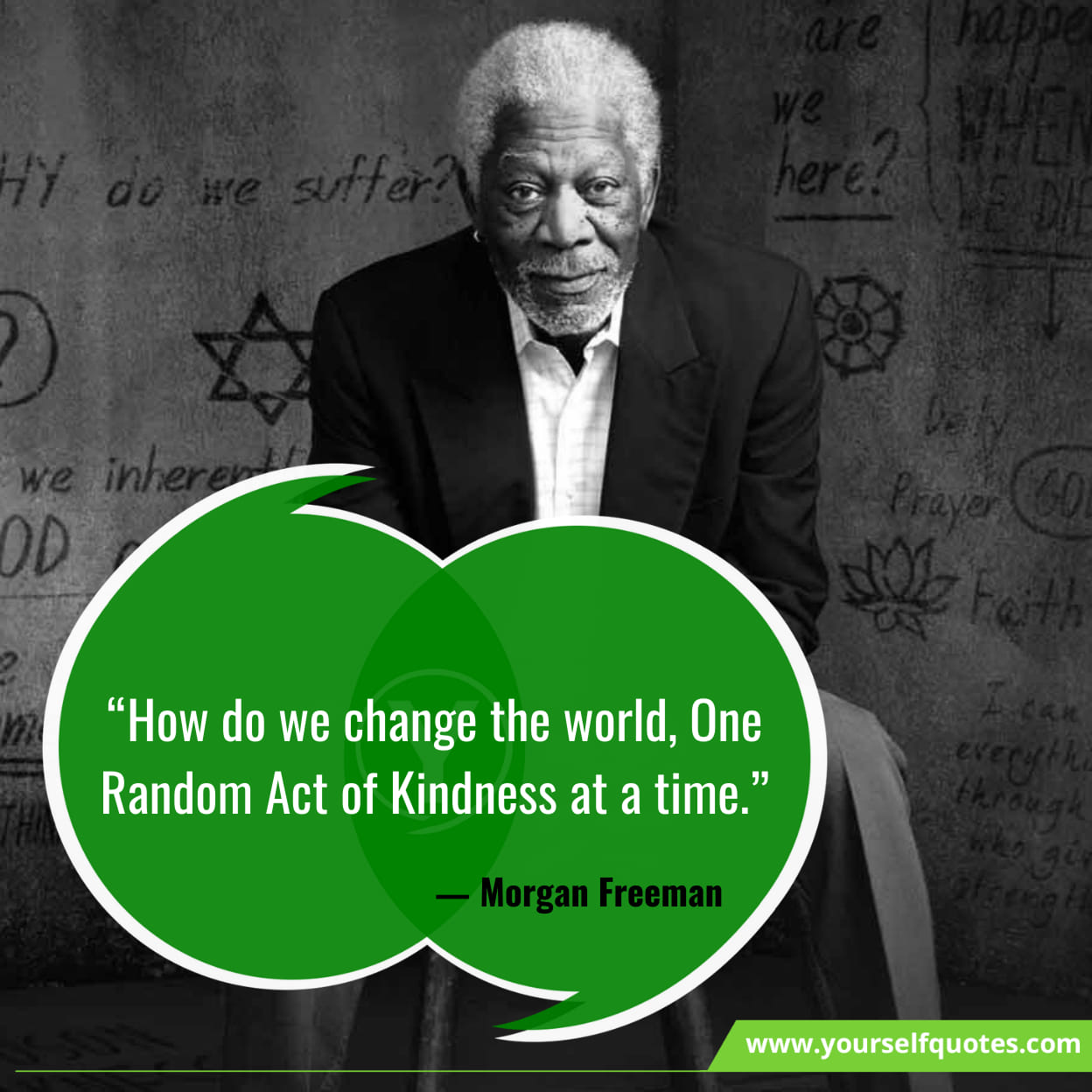 “I hate the word homophobia. It’s not a phobia. You’re not scared. You’re just an asshole.” ― Morgan Freeman

“Learning how to be still, to really be still and let life happen, that stillness becomes a radiance.” ― Morgan Freeman

“I hate the word homophobia. It’s not a phobia. You are not scared. You are an asshole.” ― Morgan Freeman

“If you want to see a miracle, Be a miracle.” ― Morgan Freeman

“Let me tell you what justice is. Justice is the law. And that man’s feeble attempt to lay down the principles of decency.” ― Morgan Freeman

“If I could narrate your life, I would, especially Jose’s.” ― Morgan Freeman

“Seeing is believing, but is it the truth? Depends on your point of view. Are you listening, horsemen? When you emerge, and you will, I will be there… waiting. Because mark my words, you will get what’s coming to you… in ways, you can’t expect… but very much deserve. Because once think I believe in is an eye for an eye.” ― Morgan Freeman

“You know, the ancient Egyptians had a beautiful belief about death. When their souls got to the entrance to heaven, the guards asked two questions. Their answers determined whether they were able to enter or not. ‘Have you found joy in your life?’ ‘Has your life brought joy to others?” ― Morgan Freeman

“And that if you become a star, people are going to go to see you. If you remain an actor, they’re going to go and see the story you’re in.” ― Morgan Freeman 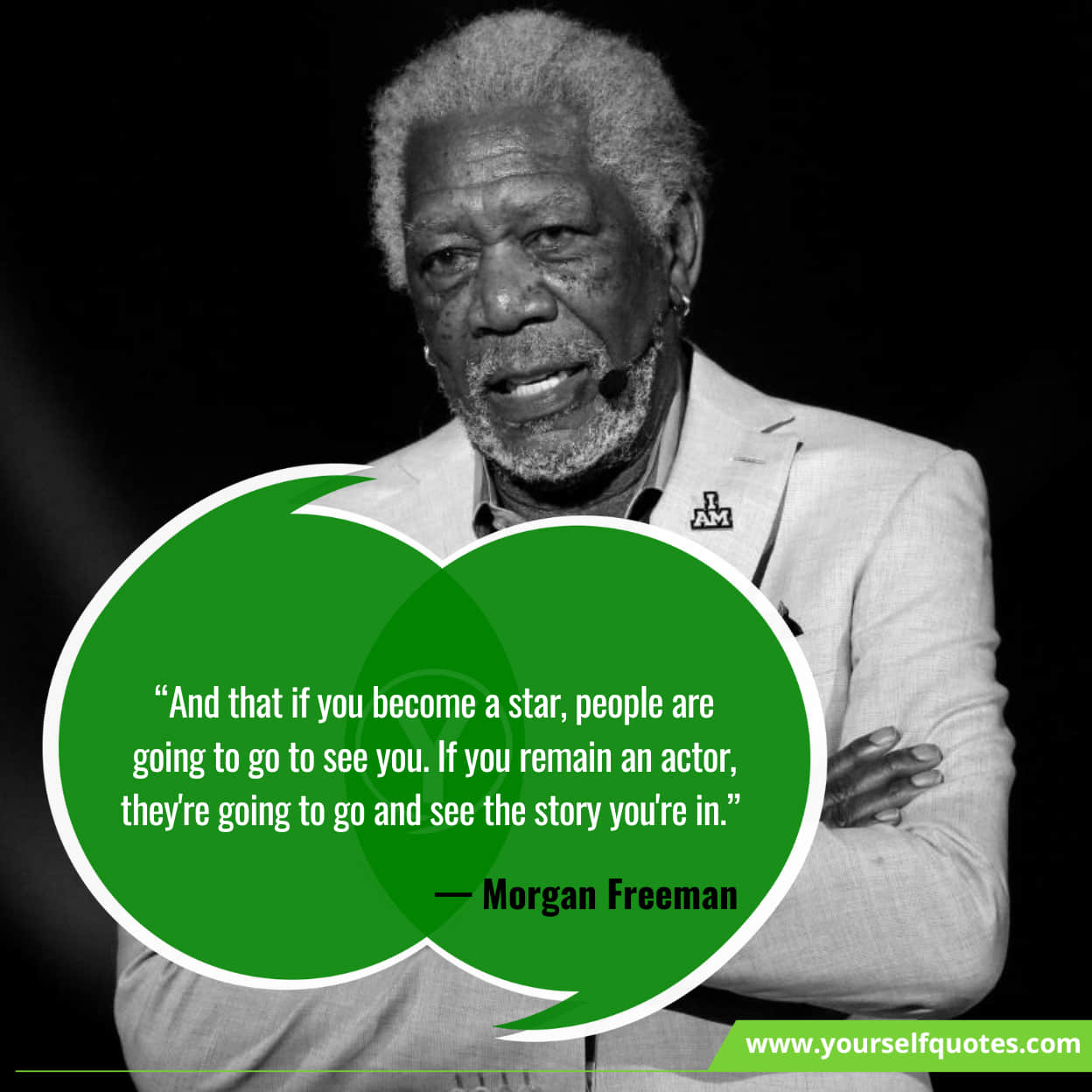 “Dr Martin Luther King is not a black hero. He is an American hero.” ― Morgan Freeman

“One of the things you can always depend on – this is one of the truths of the universe, and you heard it first from here – whatever we decide we want to do is what we do.” ― Morgan Freeman

“The best way to guarantee a loss is to quit.” ― Morgan Freeman

“I knew at an early age I wanted to act. The acting was always easy for me. I don’t believe in predestination, but I do believe that once you get where ever it is you are going, that is where you were going to be.” ― Morgan Freeman

“I feel fine, I don’t care who the director is. All you have to do is know what you’re doing – all of us – everybody in the business – that’s all you ask anyone – you know your job, I know mine, let’s go do it.” ― Morgan Freeman

“People need to start to think about the messages that they send in the movies.” ― Morgan Freeman

“But I can say that life is good to me. It has been and is good. So I think my task is to be good at it. So how do you be good to live? You live it.” ― Morgan Freeman

“I’m not one for blaspheming, but that one made me laugh.” ― Morgan Freeman

“You’re going to relegate my history to a month. Morgan Freeman, I’ve been living with myself all of my life, so I know all of me. So when I watch me, all I see is me. It’s boring.” ― Morgan Freeman

“Learning how to be still, to really be still and let life happen – that stillness becomes a radiance.” ― Morgan Freeman 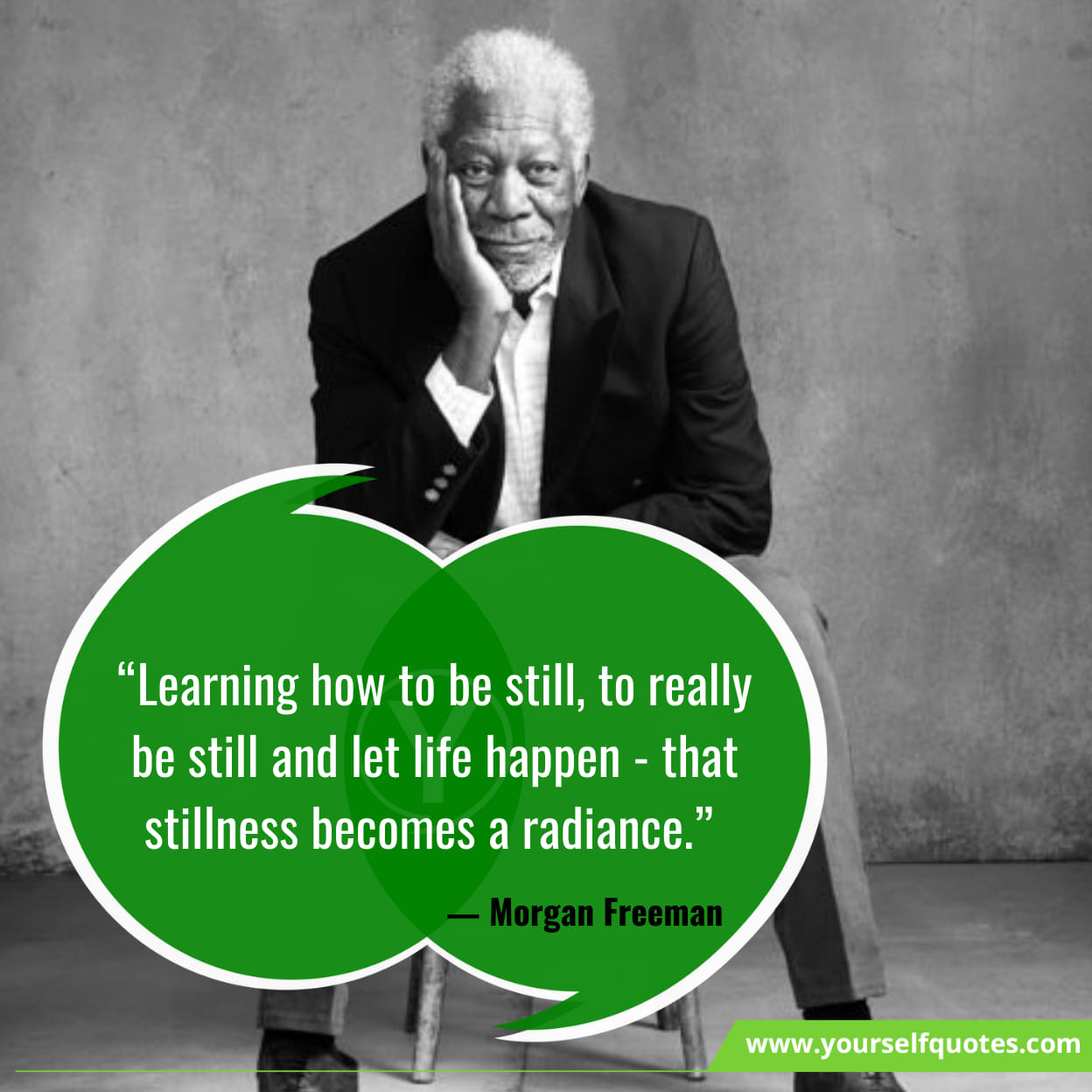 All the generations and coming generations can find a lot of inspiration and can get glean wisdom from the words of Morgan Freeman.

He is a man with a strong belief in humankind and equality. We should feel inspired from within by following his words. And through his quotes, we come to know how he leads his life and treats all. Share the most inspirational Morgan Freeman Quotes and Images with your family, friends and loved ones, to make their life even more inspiring.

Which are your favorite Morgan Freeman Quotes? Leave a comment below.