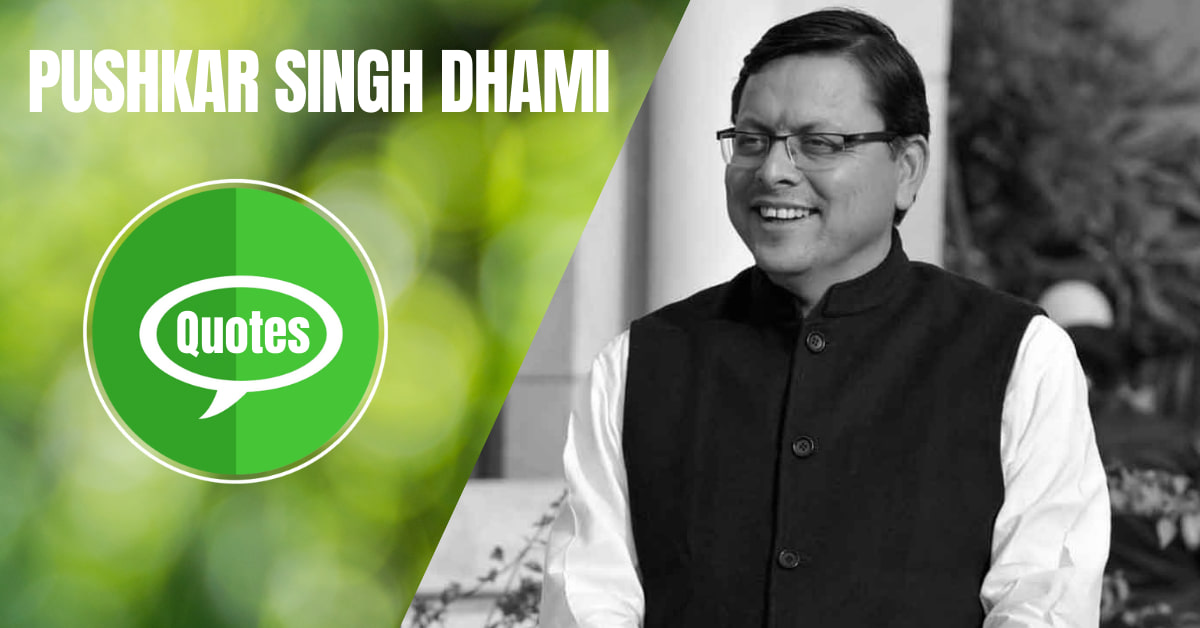 Pushkar Singh Dhami is an Indian politician and Bharatiya Janata Party member who is the 10th and current Chief Minister of Uttarakhand. In 2012 and 2017, he was elected to the Uttarakhand Vidhan Sabha from Khatima. In 2021, he was appointed Chief Minister for the first time.

Pushkar Singh was born on 16th September, 1975, in  Tundi village of Pithoragarh district.

His ancestral village is Harkhola in Pithoragarh. His family relocated to Tundi village, where he attended school until the fifth grade, after which they moved to Nagla Tarai Bhabar, Khatima. His father served in the army and retired as a Subedar.

He earned a bachelor’s degree in Human Resource Management and Industrial Relations from Lucknow University and an LL.B from the University of Lucknow. He also worked as an adviser to Bhagat Singh Koshiyari while he was the Chief Minister of Uttarakhand in 2001.

Dhami began his political career in 1990 with Akhil Bharatiya Vidyarthi Parishad, the Bharatiya Janata Party’s student wing. He was also the state president of the Bharatiya Janata Yuva Morcha until 2008. During this time, he was credited with convincing the state government to reserve 70% of opportunities in state industries for local youth.

He was sworn in as the 10th Chief Minister of Uttarakhand on July 3, 2021, following the resignation of Tirath Singh Rawat due to a political crisis over his legitimacy to hold the position, and took office on July 4, 2021. Pushkar Singh Dhami was a political adviser to former Chief Minister Bhagat Singh Koshyari. At 45, he became Uttarakhand’s youngest Chief Minister.

Pushkar Singh Dhami, the current chief minister and a CM face, lost the 2022 legislative election to Congress candidate Bhuwan Chandra Kapri from the Khatima constituency of the Uttarakhand legislative assembly. On March 21, 2022, he was re-elected as the Chief Minister of Uttrakhand.

Pushkar Singh Dhami will remain as Chief Minister of Uttarakhand. The decision was made following a meeting of the BJP’s legislature party in Dehradun on Monday, March 21. The meeting at the state party headquarters in Dehradun included the BJP’s central observers for the state, Union Minister Rajnath Singh and senior leader Meenakshi Lekhi.

The announcement by Defence Minister Rajnath Singh ended the 11-day wait to find out who would be the state’s next chief minister.

After winning 46 seats in the recently concluded state assembly elections, the Bharatiya Janata Party retained power in Uttarakhand for the second consecutive term. Pushkar Singh Dhami, on the other hand, lost his Khatima constituency in the Udhamsingh Nagar district. Pushkar Singh Dhami, who had won two consecutive terms from here in 2012 and 2017, was defeated by Congress candidate Bhuwan Chandra Kapri by a margin of 6,579 votes.

On March 11, he resigned as Uttarakhand Chief Minister.

However, some BJP leaders credit Dhami for the party’s big win in the state Assembly elections and want him to be the chief minister again so that he can serve out the full five-year term that Prime Minister Narendra Modi has promised for the state.

Pushkar Singh Dhami was born on September 16, 1975, in Pithoragarh, Uttarakhand. He has returned as the Chief Minister of Uttarakhand. The oath ceremony took place on March 23, 2022.

Dhami earned degree in human resource management and industrial relations from the University of Lucknow. In addition, he has a law degree. He has volunteered for the Rashtriya Swayamsevak Sangh, the ruling BJP’s ideological mentor, and is a member of the party’s youth wing, the Akhil Bharatiya Vidyarthi Parishad (ABVP).

Dhami previously worked as an adviser to former chief minister Bhagat Singh Koshiyari, who was in office in 2001.

Between 2002 and 2008, Dhami was the president of the BJP Yuva Morcha in Uttarakhand twice.

This was about this impeccable leader of Indian Politics. Share out these Pushkar Singh Dhami Quotes Images with your family, friends, and network to introduce them to this honest hardworking leader.

Which are your favorite Pushkar Singh Dhami Quotes? Leave a comment below.

Tony Robbins Quotes That Will Awaken The New You