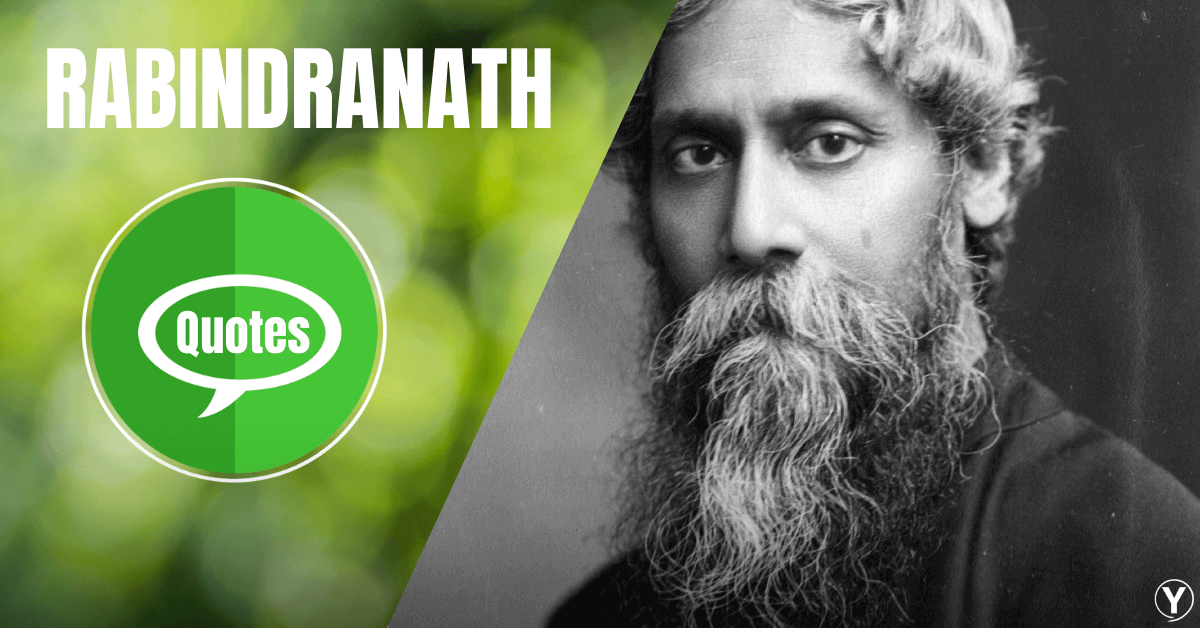 Rabindranath Tagore the one and only man who is known for his elegant prose and magical poetry throughout the world. This great leader is also known by his pen name Bhanu Singha Thakur (Bhonita). The other names by which he is famous are Gurudev, Kabiguru, and Biswakabi. This true man was a polymath, poet,  musician, and artist from the Indian subcontinent.

Rabindranath Tagore Family: Tagore was born to Debendranath Tagore and Sarada Devi. Tagore’s oldest brother Dwijendranath was a philosopher and poet. Another brother, Satyendranath, was the first Indian appointed to the elite and formerly all-European Indian Civil Service. Yet another brother, Jyotirindranath, was a musician, composer, and playwright. His sister Swarnakumari became a novelist. Tagore was married to Mrinalini Devi in 1883.

Tagore was an artist who was responsible was recreating Bengali literature and music. Moreover, he redefined  Indian art with Contextual Modernism in the late 19th and early 20th centuries. He is a man who is the sole creator and composer of the national anthems of two nations: India’s Jana Gana Mana and Bangladesh’s Amar Shonar Bangla.

At a very young age of just 8 years, he started writing poetry. Subsequently at the age of 16, his first substantial poems under the pseudonym Bhānusiṃha (“Sun Lion”), which were seized upon by literary authorities as long-lost classics were released.

At Santiniketan he found an Ashram with a marble-floored prayer hall —The Mandir—an experimental school, groves of trees, gardens, a library. In 1912 he wrote Gitanjali, which as profoundly sensitive, fresh and beautiful verse. Then in 1913, he won the Nobel prize in Literature and he became the first non-European to bag this title.

His work centered around political and personal which was composed in the form of novels, stories, songs, dance-dramas, and essays. His best-known work popular among masses include Gitanjali (Song Offerings), Gora (Fair-Faced) and Ghare-Baire (The Home and the World). And the best part is that the Sri Lankan national anthem was very much inspired by his work.

Now you can truly imagine that there was some magic in the words of this great leader. So let’s check out some of the most creative Rabindranath Tagore Quotes to make your mind at peace.

“Where the mind is without fear and the head is held high Where knowledge is free.” — Rabindranath Tagore

“Everything comes to us that belongs to us if we create the capacity to receive it.” — Rabindranath Tagore

“Reach high, for stars lie hidden in you. Dream deep, for every dream, precedes the goal.” — Rabindranath Tagore 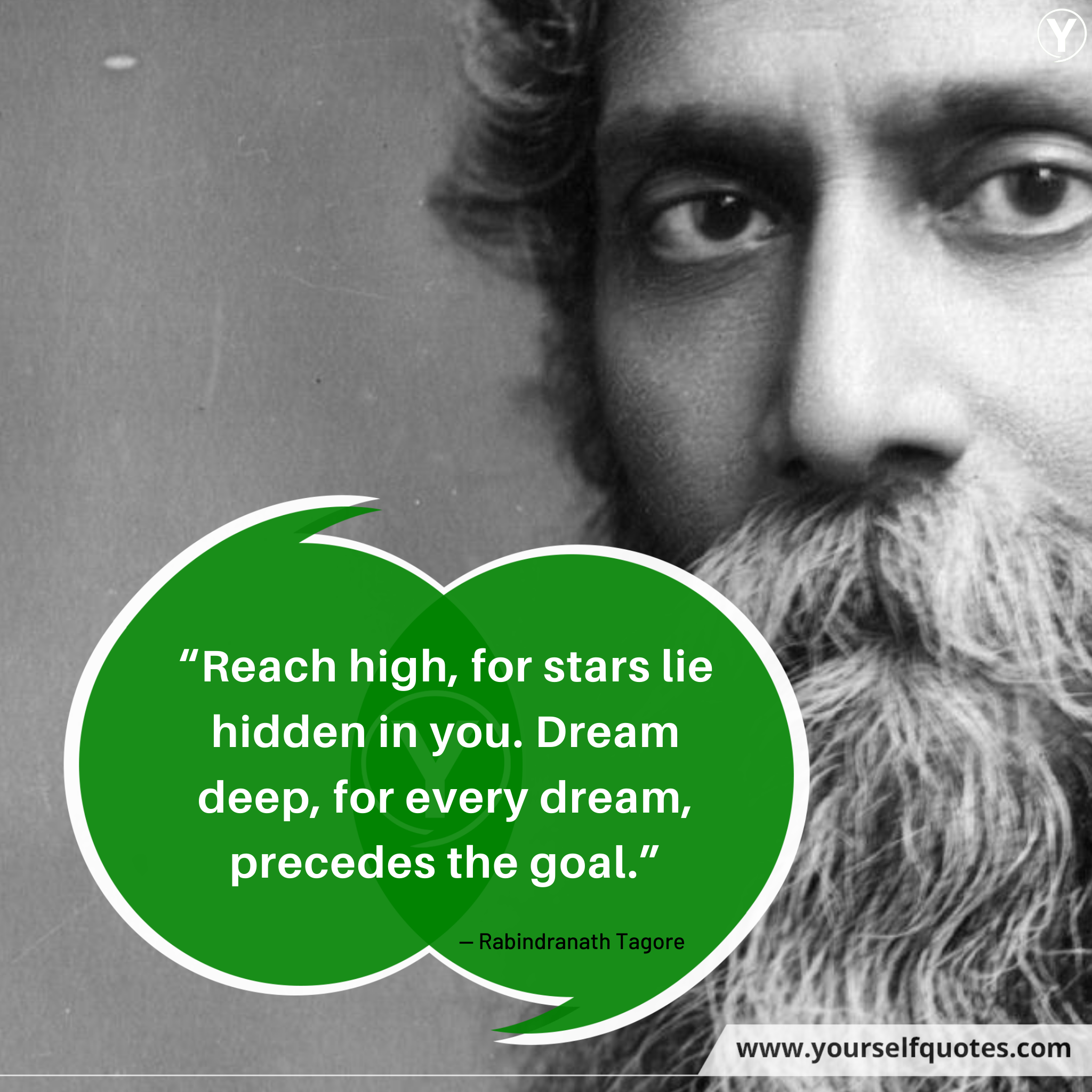 “A lamp can only light another lamp when it continues to burn in its own flame.” — Rabindranath Tagore

“I seem to have loved you in numberless forms, numberless times, in life after life, in age after age forever.” — Rabindranath Tagore

“ Let me not pray to be sheltered from dangers, but to be fearless in facing them. Let me not beg for the stilling of my pain, but for the heart to conquer it.” — Rabindranath Tagore

“Clouds come floating into my life, no longer to carry rain or usher storm, but to add color to my sunset sky.” — Rabindranath Tagore

“Most people believe the mind to be a mirror, more or less accurately reflecting the world outside them, not realizing on the contrary that the mind is itself the principal element of creation.” — Rabindranath Tagore

“Beauty is truth’s smile when she beholds her own face in a perfect mirror.” — Rabindranath Tagore

“Where the old tracks are lost, new country is revealed with its wonders.” — Rabindranath Tagore

“Love’s overbrimming mystery joins death and life. It has filled my cup of pain with joy.” — Rabindranath Tagore

“Oneness amongst men, the advancement of unity in diversity? This has been the core religion of India.” — Rabindranath Tagore

“Death is not extinguishing the light; it is only putting out the lamp because the dawn has come.” — Rabindranath Tagore 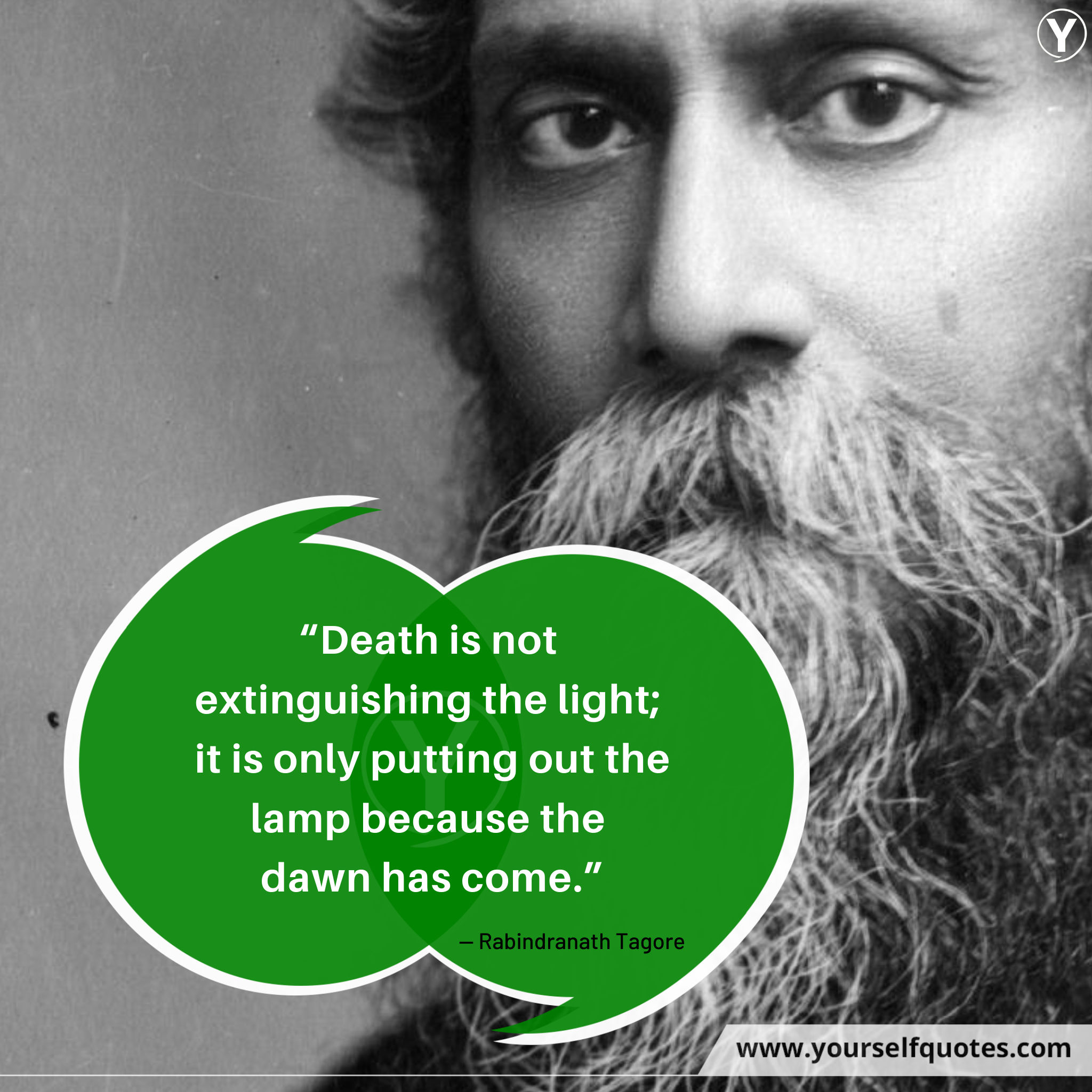 Rabindranath Tagore was a famous Bengali poet. composer, short-story writer, playwright, essayist, and a great painter. He received the Nobel Prize in Literature in 1913.

Tagore was considered as a pre-eminent literary genius of Asia. He portrayed an extraordinary combination of talents. He was popular for his versatility, exceptional range, and complexity of a creative perspective. Tagore articulated his vision of the “universal man.” He wrote, “The unity of human civilization can be better maintained by linking up in fellowship and cooperation of the different civilizations of the world.” And, “Let the mind be universal. The individual should not be sacrificed.”

I hope you enjoyed knowing about this eminent poet so let’s share out these creative Rabindranath Tagore Quotes Images with our loved ones and family.