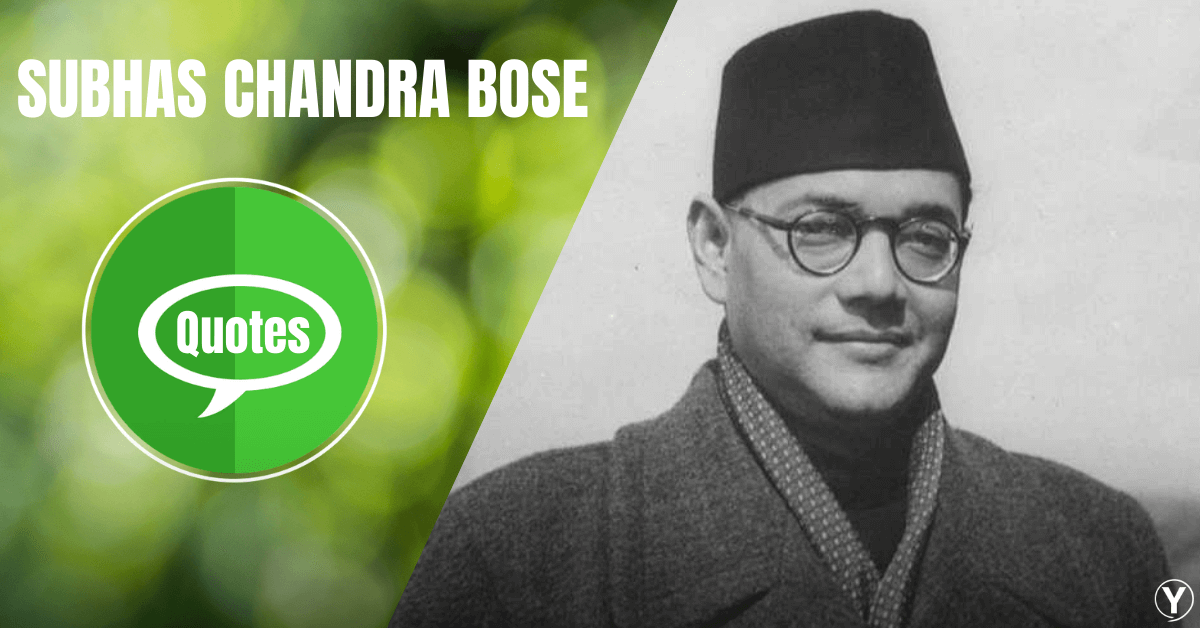 Subhas Chandra Bose, our beloved hero who was highly patriotic was an Indian nationalist. He had been a prominent leader of the younger, radical, wing of the Indian National Congress in the late 1920s and 1930s, rising to become Congress President in 1938 and 1939.

Subhas Chandra Bose Family: Subhas was born to Prabhavati Dutt Bose and Janakinath Bose, an advocate belonging to a Kayastha family. He was the ninth in a family of 14 children.

Bose from an early age was highly influenced by the teachings of Swami Vivekananda and Ramakrishna after reading their works at the age of 16. He was more inclined towards his religion was more important than his studies. His mentor was Chitranjan Das who was a spokesman for aggressive nationalism in Bengal. He started many newspapers in India such as Swaraj. Moreover, he was editor of the newspaper “Forward” which was founded by his mentor.

Bose revamped Indian National Army (INA) with the support of the Japanese, which was composed of Indian soldiers of the British Indian army who had been captured in the Battle of Singapore. Provisional Government of Free India, presided by Bose, was formed in the Japanese-occupied Andaman and Nicobar Islands. INA under the leadership of Subhas was a model of diversity by region, ethnicity, religion, and even gender.

Netaji Subhas Chandra Bose’s death was a surprise for many as it was totally unexpected. His death occurred from third-degree burns on 18 August 1945 after his overloaded Japanese plane crashed in Japanese-ruled Formosa (now Taiwan).

Netaji had an ultimate charisma and passion which made him a true national hero among people. He was responsible for creating famous Indian slogans such as “Jai Hind“ “Tum Mujhe Khoon Do, Main Tumhe Aazadi“.

His slogans and words became too popular among people that they are still remembered and taught to upcoming generations. So let’s explore some of the most charismatic Subhas Chandra Bose Quotes to evoke patriotism.

“Freedom is not given, it is taken.” — Subhas Chandra Bose

“No real change in history has ever been achieved by discussions.” — Subhas Chandra Bose

“Remember that the greatest crime is to compromise with injustice and wrong.” — Subhas Chandra Bose

“Life loses half its interest if there is no struggle-if there are no risks to be taken.” — Subhas Chandra Bose

“It is blood alone that can pay the price of freedom. Give me blood and I will give you freedom!” — Subhas Chandra Bose

“Men, money, and materials cannot by themselves bring victory or freedom. We must have the motive-power that will inspire us to brave deeds and heroic exploits.” — Subhas Chandra Bose

“Soldiers who always remain faithful to their nation, who are always prepared to sacrifice their lives, are invincible.” — Subhas Chandra Bose

“It is our duty to pay for our liberty with our own blood. The freedom that we shall win through our sacrifice and exertions, we shall be able to preserve with our own strength.” — Subhas Chandra Bose

“One individual may die for an idea, but that idea will, after his death, incarnate itself in a thousand lives.” — Subhas Chandra Bose

“Reality is, after all, too big for our frail understanding to fully comprehend. Nevertheless, we have to build our life on the theory which contains the maximum truth.” — Subhas Chandra Bose

“Nationalism is inspired by the highest ideals of the human race, Satyam [the truth], Shivam [the God], Sundaram [the beautiful].” — Subhas Chandra Bose

“For an enslaved people, there can be no greater pride, no higher honor, than to be the first soldier in the army of liberation.” — Subhas Chandra Bose

“You will readily understand my mental condition as I stand on the threshold of what the man-in-the-street would call a promising career.” — Subhas Chandra Bose

Subhas Chandra Bose was a renowned leader, Indian nationalist, and a great leader of an Independence Movement during the 1930’s and ’40s. With the support of Germany and Japan during World War II, he sought their support in order to gain attention to establishing a provisional Indian Government and Army.

He constantly and persistently led his army “Azad Hind” with full determination and courage. At last, he was the one who was responsible for arousing a feeling of national pride and patriotism among people.

There is too much to learn from this great hero of history, So, let’s share these charismatic Subhas Chandra Quotes Images with our family, friends, and loved one.