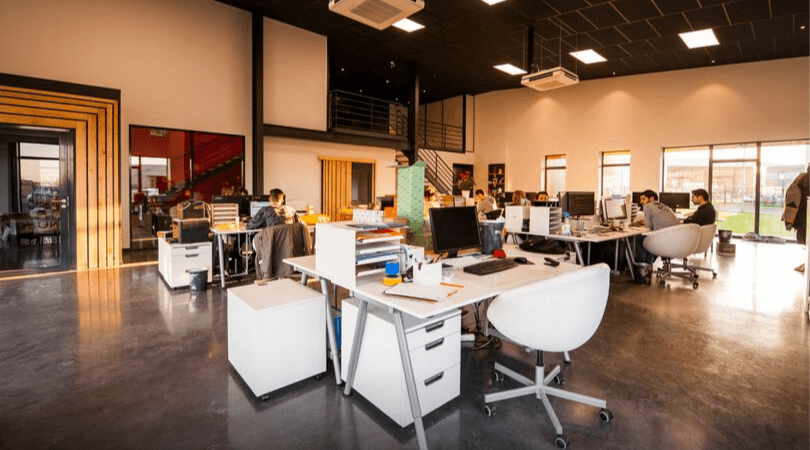 Office etiquette is the foundation of a healthy, stable working environment. It’s the structure of behavior that takes all the variables out of the equation, leaving pretty much only fundamental rules of common decency that anybody should comply with, regardless of their personal beliefs. Without it, there would be chaos, and places of business wouldn’t be able to conduct their business.

But even though certain parts of office etiquette are a matter of common sense and/or have been made popular by films and TV shows, like not to eat your coworker’s sandwich, others aren’t as obvious.

In that spirit, this comprehensive, but also fairly simple guide covers the bases of good office etiquette to assure you will never be the one your coworkers are secretly annoyed at.

Whether you communicate mostly through emails, or like to send a free fax  sometimes, it’s important to remember that these two mediums are office forms of communication and not some fun group chat where you get to send each other’s favorite inspiring quotes or memes.

In that spirit, they should be:

That doesn’t go to say you should be stingy with your words, but it does mean you should save anything that’s not work-related for a different medium.

Also, even though something additional can always come up or you can simply forget to add an important detail, try not to flood your co-workers’ inbox with multiple messages which could have easily been condensed into one, single email or fax.

Even though emails and faxes should sound professional, that doesn’t mean they should read like a cold statement, drafted by a heartless robot. At the end of the day, you’re talking to a real human being.

Something as little as an exclamation point to “Thanks” can make a huge difference in the feelings the email gives off. Nobody dislikes credit and feeling like their efforts are acknowledged.

Show up A Little Early for Meetings

Punctuality should be a must anyway, but it is even more indispensable when it comes to meetings since being late for those usually means interrupting your boss in mid-sentence. Not only does it look bad and it’s the most public way possible to be late, but it also feels very awkward and it might even look like you are stealing the attention.

You should always try to be a little early for meetings, just to be sure that you’ll at least be on time. And it’s not even just a matter of punctuality. Being a little early means you can go over any questions, concerns, and/or points you might want to make mentally, while also engaging in some conversations, even if it’s small talk, with your colleagues.

Keep Your Phone in Your Pocket

Even if you are not necessarily using your phone, having it out on the table is still rude as it implies an intention to use it, which respectively implies you won’t be listening to whoever is talking. Unless you have a very solid excuse like a timely call or email that you are waiting for which you would absolutely need to get to right away, in which case you should explicitly make that known at the beginning of the meeting, it is otherwise a sign of disrespect to have your out in the open.

Keep it on Vibrate

Between all the people in an office and all the phone calls they might make in a day, ringtones can get quite annoying and distracting. You should always have your phone on vibrate.

Personal calls shouldn’t really be done during work, but if you absolutely have to, then the very least you can do is take it outside. It doesn’t have to be out of the building, but somewhere you won’t be a distraction to others.

It’s acceptable to answer the phone with a quick “can’t talk right now,” but that’s about it.

This should go without saying, but proper hygiene is an obligation to the others, especially in the work environment.

Strong perfumes can basically be counted as a bodily smell. Just because you think your perfume is a heavenly scent doesn’t mean your coworkers share the same sentiment.

Smells in the office should be subtle and neutral, so that’s the most a perfume can be, even though non-existent would be an even safer bet.

You should never leave the pantry dirtier than you found it, or in other words, you should always clean up after yourself, straight up and straight away.

Whoever Finishes the Meal Washes the Dishes

Sometimes, a colleague might bring a cake or some other treat for everyone to share. If you happen to eat the last piece, or even if you are present when someone else does and just leaves the dirty plate, you should simply wash it. It’s the least you can do for a coworker who decided to do something nice for the office.

Gossip has been entrenched in work culture to such an extent, we tend to forget that it’s actually one of the ugliest forms of communication. Even though eradicating it altogether is probably something closer to wishful thinking than a realistic office etiquette, if you overhear gossip around you, don’t engage in it, if not for moral reasons, then at least because whoever gossips with you will also gossip about you.

Respect and politeness should require no explanation, however, that is not always the case in office environments.

Just because it’s someone’s job to do something doesn’t mean you can’t ask them nicely to do it, even if the question is mostly an illusion.

If you are unhappy with the job someone has done and you need them to do it over, regardless of your place in the hierarchy, it’s very important that you phrase your request delicately. Unless the coworker doesn’t care about doing a good job, he/she probably wouldn’t like to hear what you have to say. The art of constructive criticism and maintaining a respectful, humane tone of voice is something everyone who works in a team should master.

Of course, there’s a very fine line between respect, politeness, and even friendliness on the one side, and inappropriate behavior on the other.

You should always be careful not to cross any boundaries, even if that means watching out for things that might be interpreted in a way that you didn’t mean them. After all, people aren’t in your head, so it is you who needs to make sure you haven’t given off any weird vibes.

Human interaction can play out in an infinite number of ways, however, these points comprise a diverse guide that should serve you well and keep you out of your coworkers’ nasty gossip, if they happen to violate one of our rules and engage in it.

How Fintech Can Drive the MSME Sector