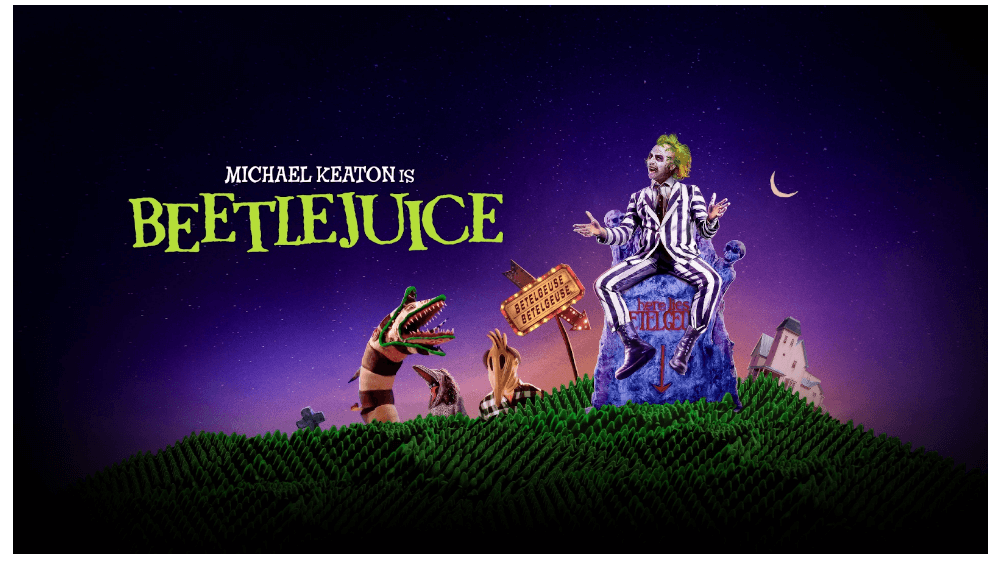 Watching movies has been one of our greatest pastimes. It is a gratifying activity to be spent with our loved ones, whether with our friends, lovers, family, and even alone if you want to have some quality time for and with yourself. Watching movies has opened countless doors for growth for us. Some movies are there for outstanding and comforting company.

Some movies are made for good laughs, cries, thrill, horror, and suspense all of those ending with learning and a moral in the story. In one way or another, we all know that we all learn from movies. We all get to pick up lessons from it and live by it, like many of Tim Burton’s films.

We can pick up lessons from Wednesday, which apparently is on top of the charts right now, as well as Beetlejuice lines.

Beetlejuice (1988) is a must-see for Halloween. This horror-comedy classic is excellent for Halloween month enthusiasts with a uniquely twisted, wicked sense of wit and humor, featuring unique characters, flashy outfits and clothing, and heaps of off-kilter gags.

Among the most memorable quotes from Beetlejuice is the remark that stimulates musical shows and plays, “It’s showtime!” At the film’s conclusion, Barbara and Adam are withering when their bodies are returned to the mortal realm. Betelgeuse persuades Lydia that he is the only person who can help these beleaguered ghosts.

Betelgeuse adopts a stance and delivers the phrases above when Lydia has finished calling him. And then it’s showtime — Betelgeuse interrupts the chant, or exorcism as they call it, producing fast work of the folks guarding it with his typical swagger.

He also pulls off a fantastic clothing change and dredges up a priest for his matrimony. The Maitlands interrupt the event with an enormous Saturnian sandworm, which happily gobbles up Betelgeuse soon following his big debut and before the oaths can be performed.

This one has become quite the most renowned and recognized among the population as it skyrocketed its fame through the most trending app in today’s age, Tiktok. There is a sound going viral that half a million people have used in their videos.

To be exact, five hundred ten thousand four hundred (510.4k) are seen and displayed on the said app. It was when Lydia attempted to say the name three times but fooled Betelgeuse, and she then started to sing.

The Maitlands’ haunting house becomes a spooky tourist attraction at the end of the film. Once guests ask for evidence, an interior decorator called Otho displays Adam and Barbara from the Handbook for the Recently Deceased. But what Otho mistook for a séance turns out to be an exorcism, and our unfortunate ghosts begin to vanish.

Lydia, who is terrified, requests Betelgeuse to assist her new pals. He complies with a heinous condition, compelling Lydia to accept his marriage proposal to save Adam and Barbara. She summons him by shouting his name three times — the legendary, widely catchphrases conjuring of this creature.

“I, myself, am strange and unusual.” — Lydia Deetz.

This one has become the most loved by young people in this generation as it fits perfectly with their proclaimed personality, as what it seems, just like the highly viral, on top of the rankings Netflix series today, which is also created by Tim Burton, Wednesday.

It has been gaining much love and appreciation for its uniqueness, gothic and relatable personality. People find specific phrases like this very relatable and give them a sense of relief.

Afterward, when the Maitlands are killed in a horrific accident, they vow to infuriate any future occupants of their abode. Despite their efforts, they cannot emerge and appear visible enough to terrify utterly.

Nobody in the Deetz clan can see Barbara and Adam, but only Lydia, the goth teenager who rebels against her anterior New York City taste.

Lydia’s weird and unconventional personality is the wellspring of her ability and power, and she tells her three discovered and newly acquired acquaintances.