While talking about a number of benefits of the Goods and Services Tax, one significant among them that can be brought to the limelight is the input tax credit mechanism under GST. Input Tax Credit or ITC is one of the fundamental hallmarks of GST. It flows seamlessly across the supply chain throughout the country, right from the manufacturing of goods to the point of consumption.

If you are into business and have already been a part of the VAT input credit, then you would soon understand the differences between the two. However, being a beginner, it is quite natural to be a bit confused about where to start. The good news is, you can begin from scratch, and we will help you with that. In this guide, we will be discussing not only how to claim an input tax credit for the various forms of GST like CGST, SGST, and IGST, but also talk about the GST rates associated with them.

What is Input Tax Credit?

When an individual or firm registered under GST purchases goods or services from a dealer, he/it has to pay a certain amount of tax on the purchase. In turn, you collect the tax on selling the product or service. The tax you collect from selling your products is known as the output tax, while the tax on purchase which you have paid at the time of purchasing the item or service is known as input tax. You adjust this input tax with output tax and pay only the balance liability of tax, which is output tax minus the input tax. This scheme is known as the utilisation of input tax credit.

The Input Tax Credit or ITC, as defined under GST Laws, is relatable only to taxable persons. With the provision of Input Tax Credit under GST, one can reduce the tax amount that has been paid on inputs from that to be paid on outputs. In other words, one can only pay the balance amount of input tax subtracted from the output tax.

To understand how the input tax credit protocol works, let us try to visualise the following illustration.

So Mr. M is only paying the balance amount by deducting the input tax credit from the output tax. If, however, the input tax exceeds output tax, then it would either be carried forward or refunded if one claims so. 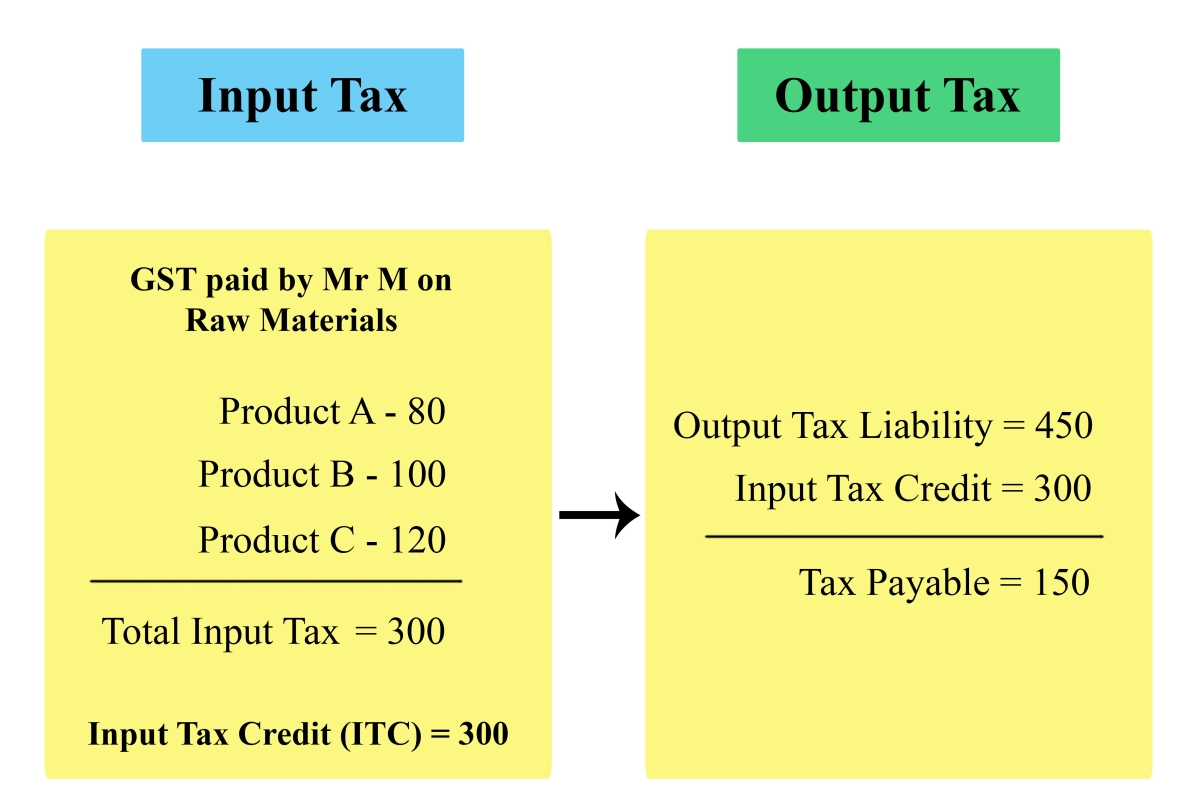 Who Can Claim Input Tax Credit?

The Input Tax Credit mechanism is available for people who are registered under GST. For example, any manufacturer, supplier, e-commerce operator, agent, aggregator or any other individual or body that is covered under the GST Act can claim an input tax credit, provided that he fulfills all the conditions as prescribed by the GST Laws. Some major among them include –

Every data and documentation will be cross-checked, matched and validated before you could claim an input tax credit.

How to Claim Input Tax Credit Under GST?

Every regular taxpayer must report and submit the input tax credit amount in their monthly GST returns via Form GSTR-3B. However, there are a couple of steps before claiming ITC through Form GSTR-3B. Let’s understand the whole procedure with the help of the example mentioned above.

Mr. D, who sells goods to Mr. M, would file GSTR 1 to record the details of the supplies. This data gets reflected or auto-populated from GSTR 1 to GSTR 2A of Mr. M. After Mr. M accepts the details reported by Mr. D, he would check whether they are updated correctly. He can file GSTR-3B thereafter by pulling the same data from GSTR 2A. He would have to provide the details about the output sales and adjust it with the input sales and claim ITC by filing GSTR-3B.

While discussing the procedure for claiming ITC, it’s important to know the various GST rates in India for the four main forms of GST, namely Central GST or CGST, State GST or SGST, Integrated GST or IGST and Union Territory GST or UTGST. There are five main tax slabs imposed on various goods and services as a combination of these four types of GST. These include – 0%, 5%, 12%, 18% and 28%. 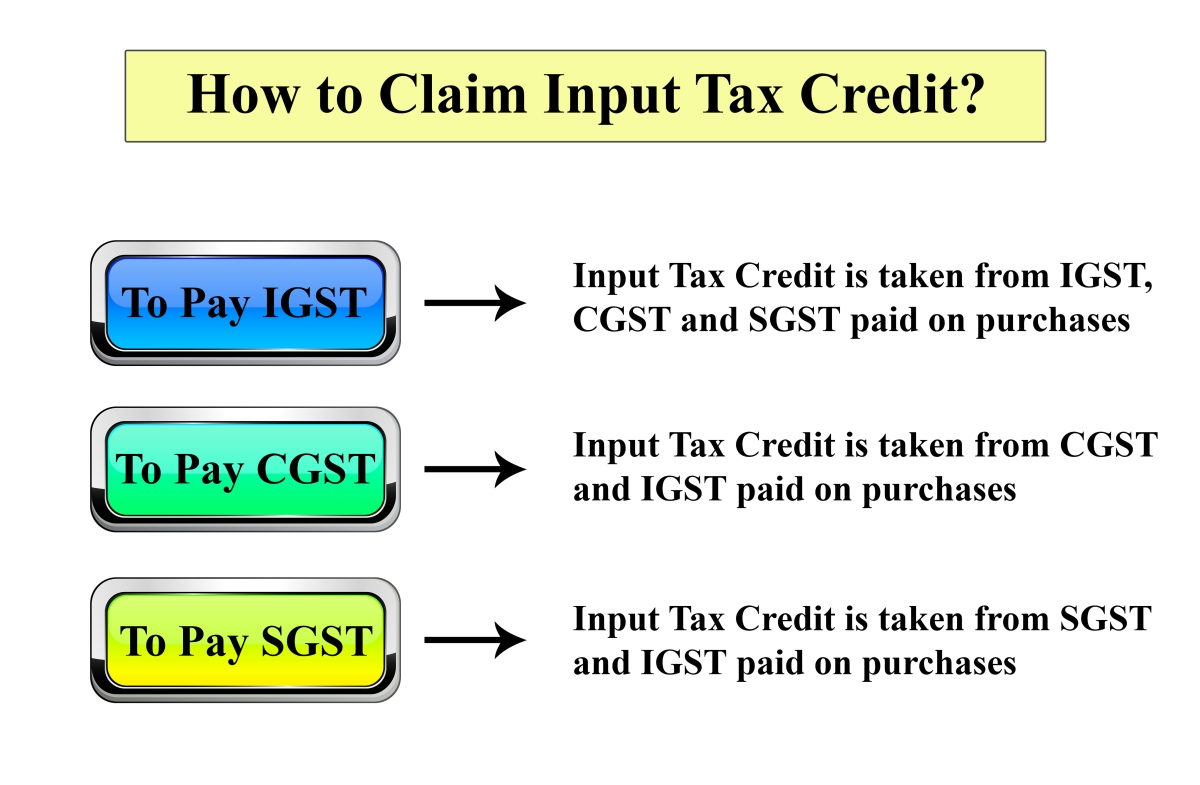 The input tax credit mechanism has been beneficial for dealers, businesses, manufacturers, and others, and is one of the main reasons for the introduction of GST in India. With improvised taxation policies, it is expected that one can pay taxes in a hassle-free manner. However, one can always contact on the GST toll-free number 1800 1200 232 for further queries.

What You Need to Do Before Renovating Your House