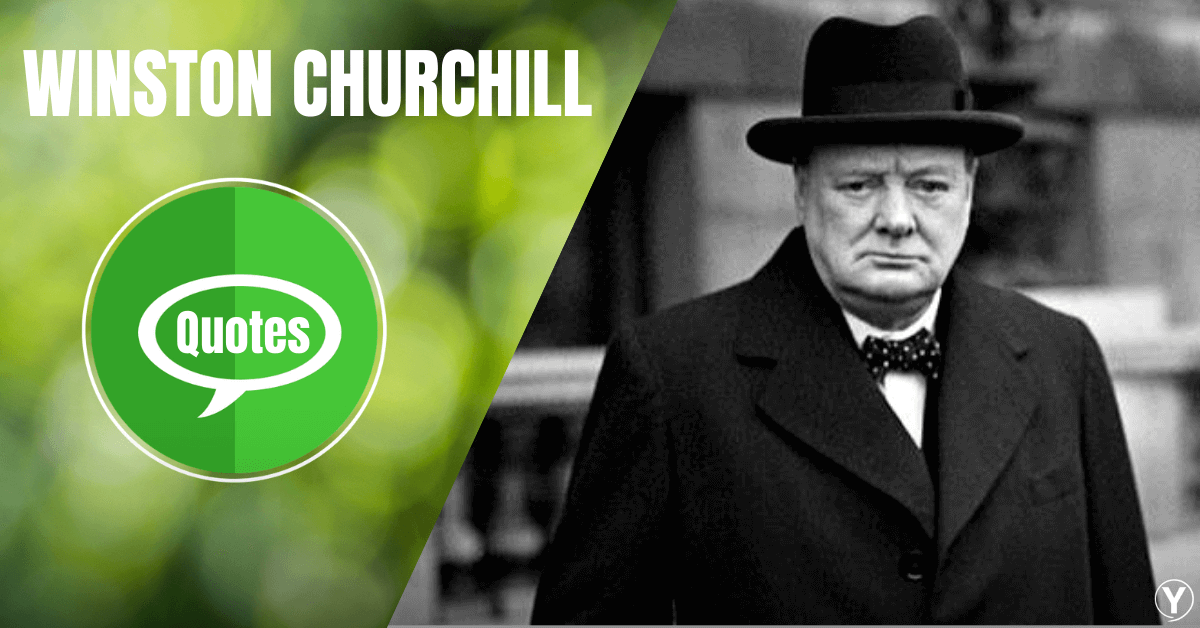 Winston Churchill, popularly known as Sir Winston Leonard Spencer-Churchill was a British politician. He held the position of Prime Minister of the United Kingdom from 1940 to 1945 and was re-elected and held the position again from  1951 to 1955. Apart from being a well-established politician, he was an army officer and a creative writer.

Sir Winston spent his early life in Dublin and he returned to England to attend his school. He was enrolled in the Royal Military College. After completing graduation he joined the British Cavalry. His experience in the military was worth to be noted and he served a dedicated and very professional service.

In 1900, he became a member of Parliament. And in 1940, when Neville Chamberlain resigned during the Second World War, he was adjourned as Prime Minister of England. He had extremely powerful and recognized leadership skills that made him win against Hitler, as this was assumed by people. Churchill lost the 1945 election but regained his position as Prime Minister in 1951.

Moving ahead from Politics, he had a keen interest in painting. He found a haven in art to overcome the spells of depression that some say he suffered throughout his life. His best paintings are impressionist landscapes. Most of his paintings are oil-based and feature landscapes, but he also did a number of interior scenes and portraits.

Churchill was known to be one of the most significant figures of the 20th century. He is remembered by people in Britain and throughout the West.

He was portrayed as a victorious wartime leader who played an important role in defending Europe’s liberal democracy from the spread of fascism. He was highly praised and applauded as a social reformer and accomplished writer.

“It is a good thing for an uneducated man to read books of quotations.” — Winston Churchill 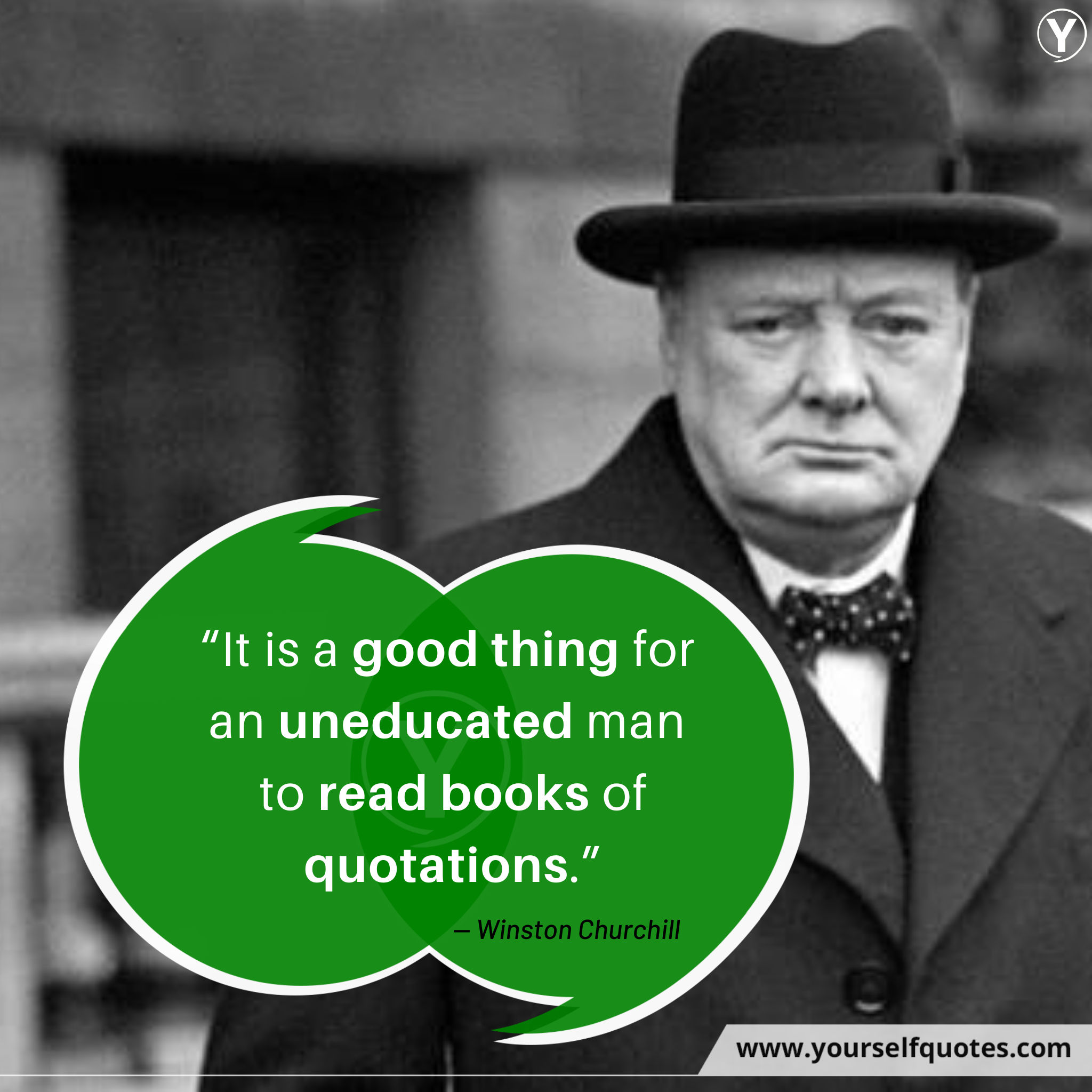 “The courage to continue is what distinguishes success from failure.” ― Winston Churchill 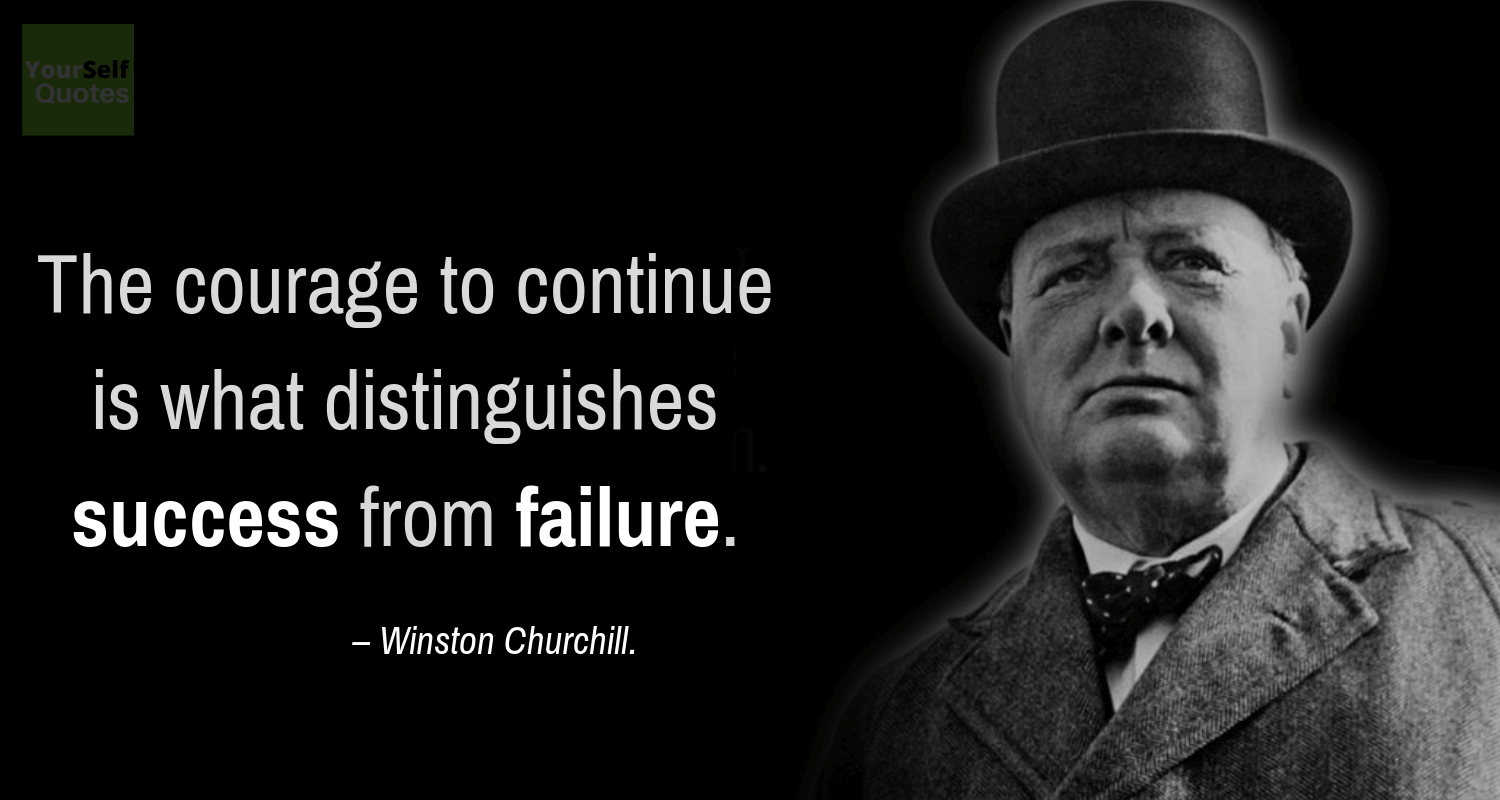 “The farther backward you can look, the farther forward you are likely to see.” — Winston Churchill 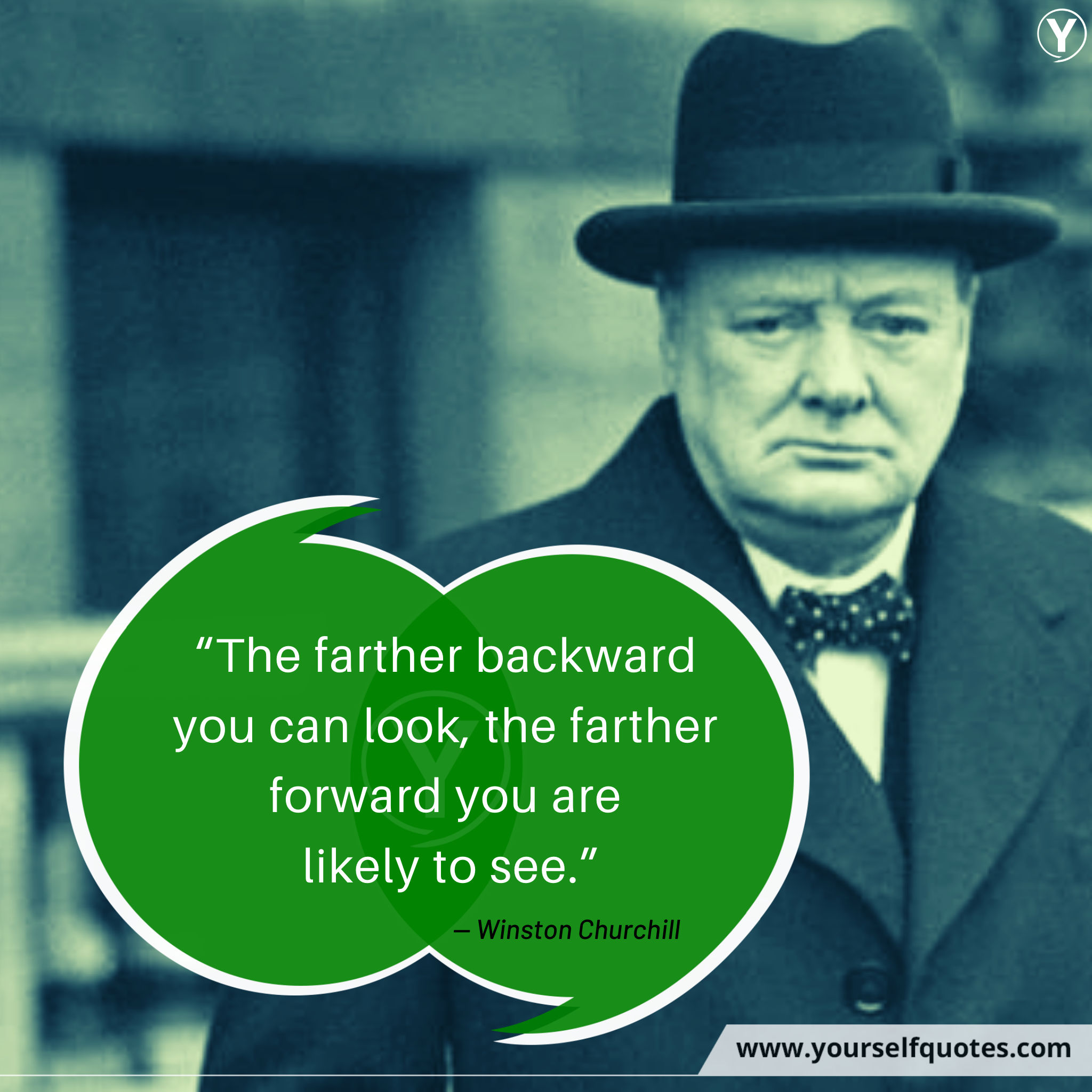 “Success is the ability to go from one failure to another with no loss of enthusiasm.” — Winston Churchill 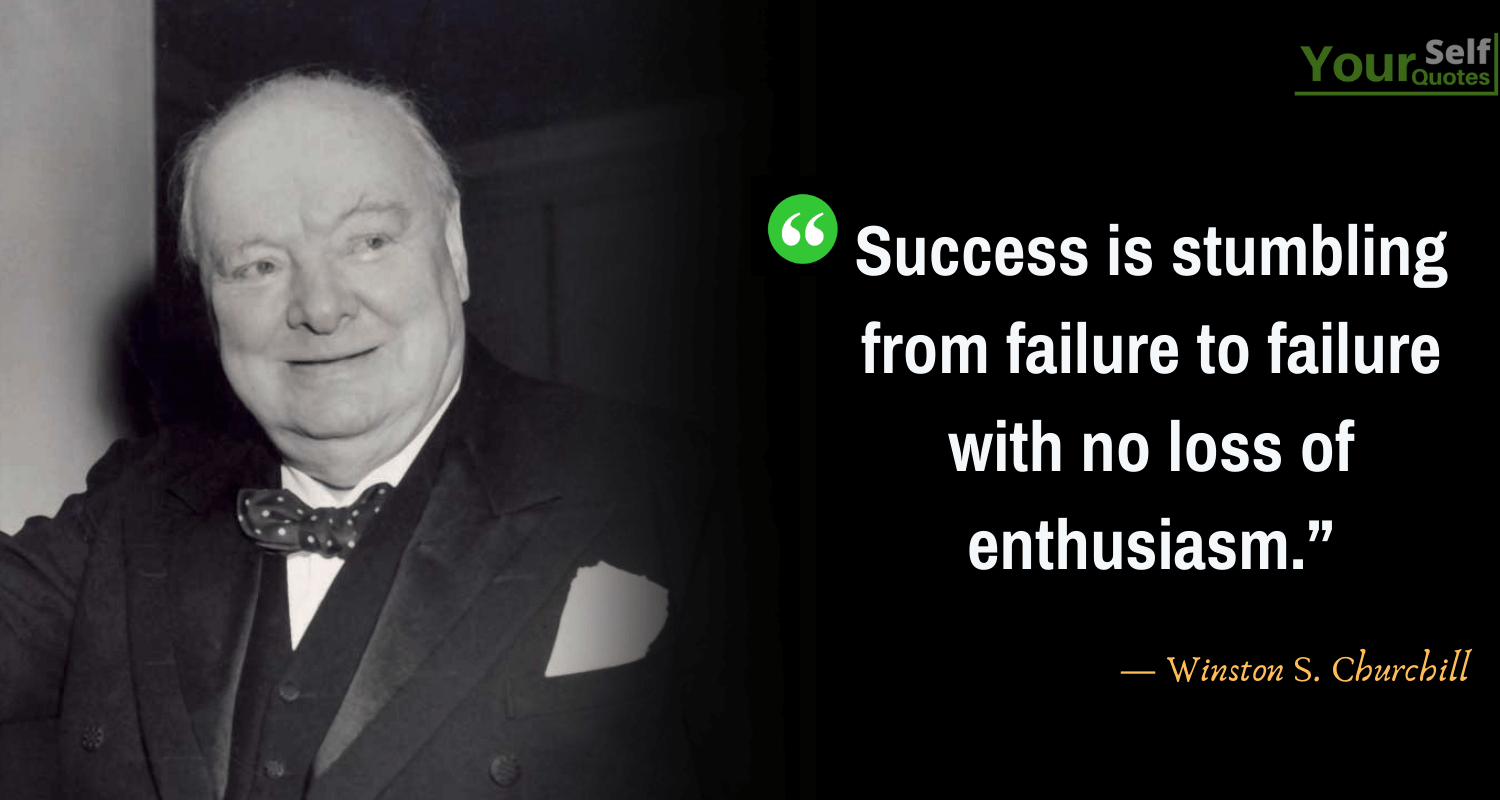 “Every man should ask himself each day whether he is not too readily accepting negative solutions.” — Winston Churchill 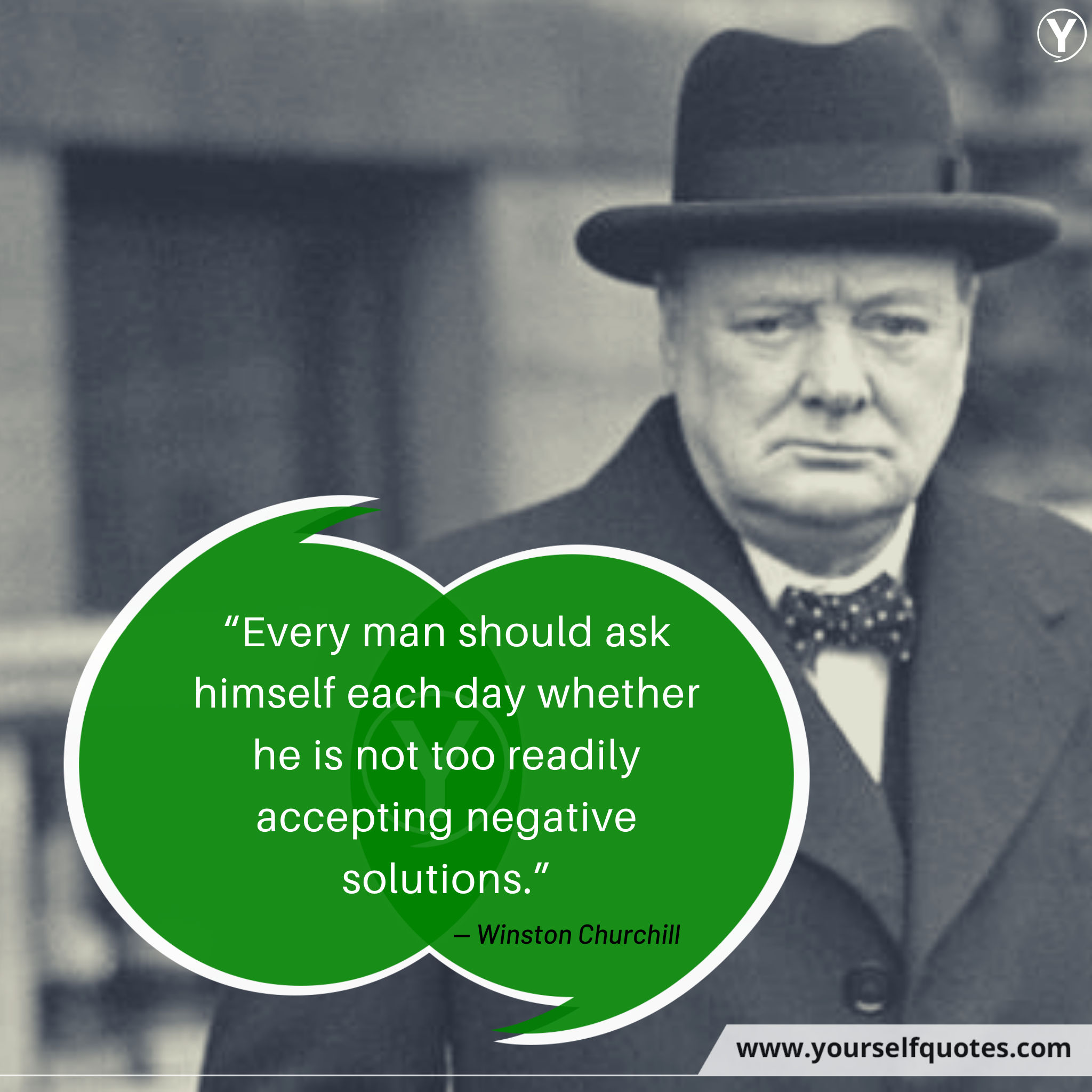 “Courage is the first of human qualities because it is the quality which guarantees all others.” — Winston Churchill

“A good speech should be like a woman’s skirt: long enough to cover the subject and short enough to create interest.” — Winston Churchill 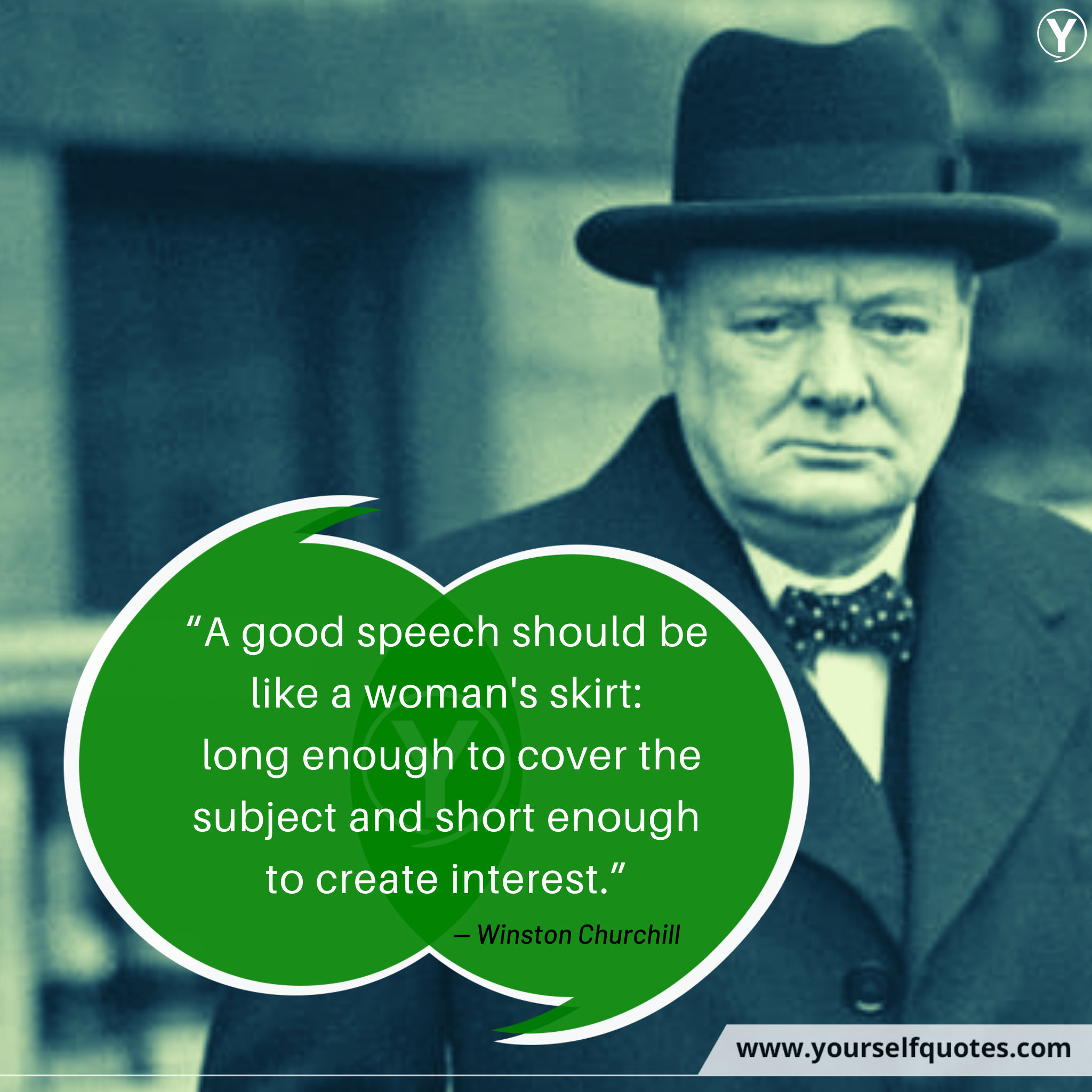 “Success is not final, failure is not fatal; it is the courage to continue that counts.” — Winston Churchill 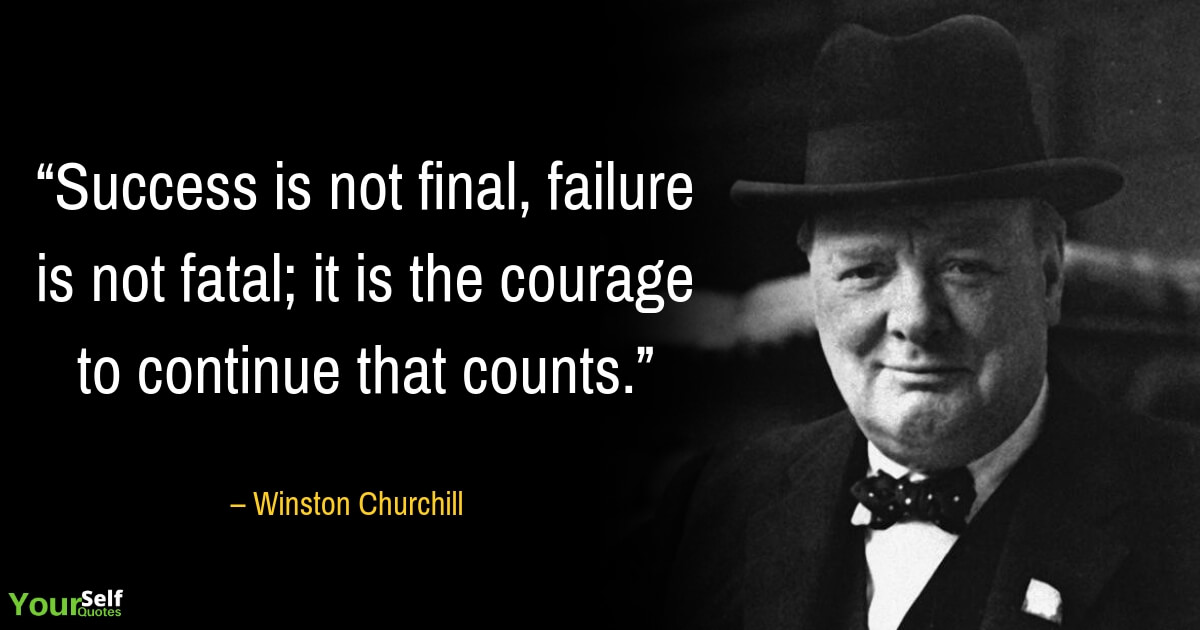 “All the greatest things are simple, and many can be expressed in a single word: freedom; justice; honour; duty; mercy; hope.” — Winston Churchill

“Men occasionally stumble over the truth, but most of them pick themselves up and hurry off as if nothing ever happened.” — Winston Churchill 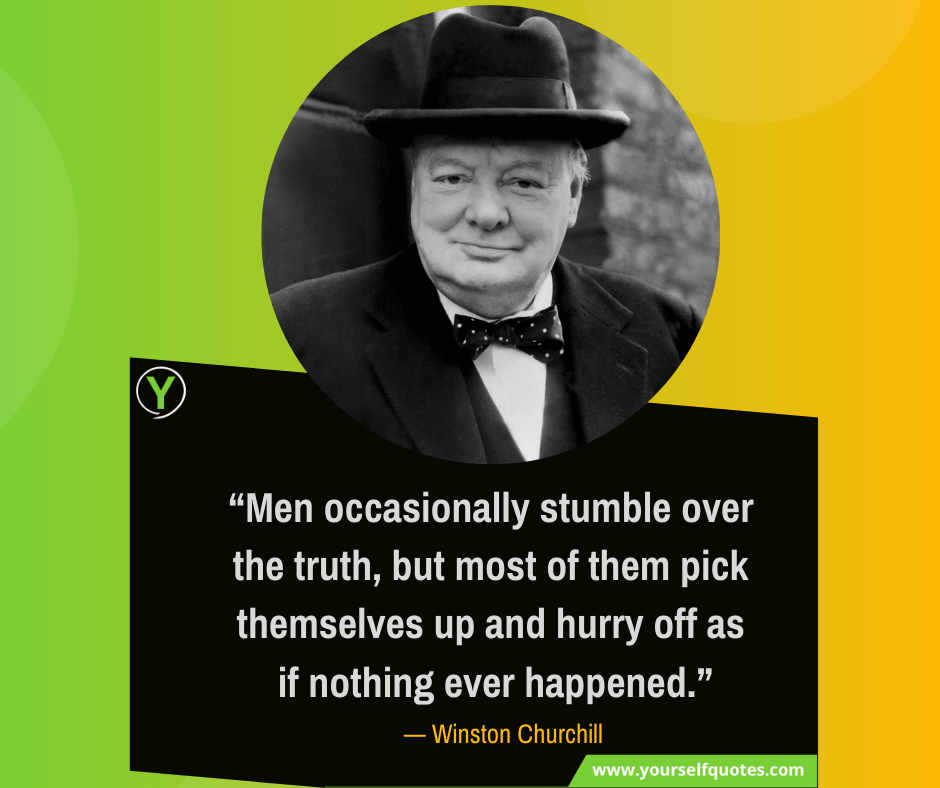 “Everyone is in favor of free speech. Hardly a day passes without its being extolled, but some people’s idea of it is that they are free to say what they like, but if anyone else says anything back, that is an outrage.” — Winston Churchill

“Socialism is a philosophy of failure, the creed of ignorance, and the gospel of envy.” — Winston Churchill 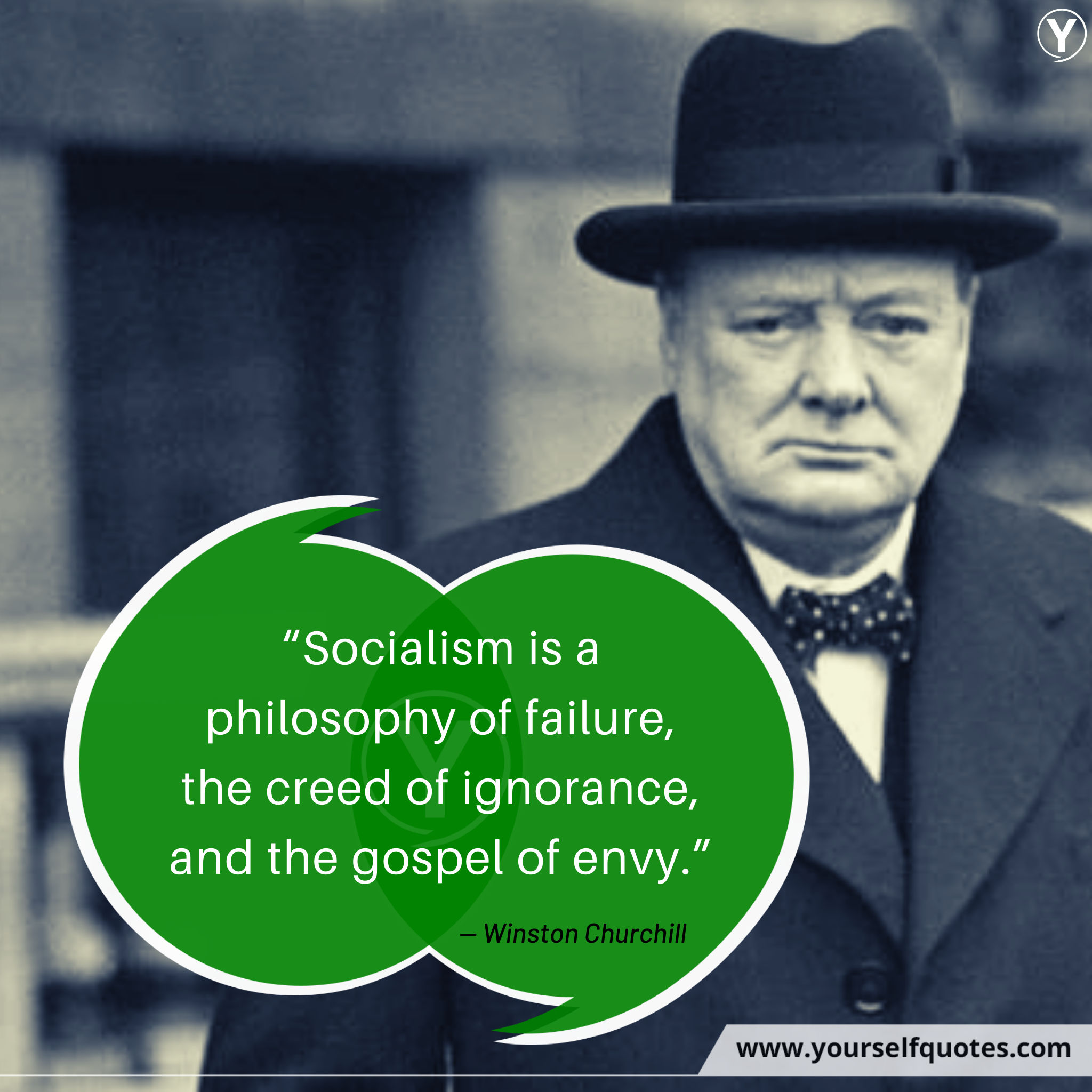 “If you are going through hell, keep going.” — Winston Churchill

“History will be kind to me for I intend to write it.” — Winston Churchill 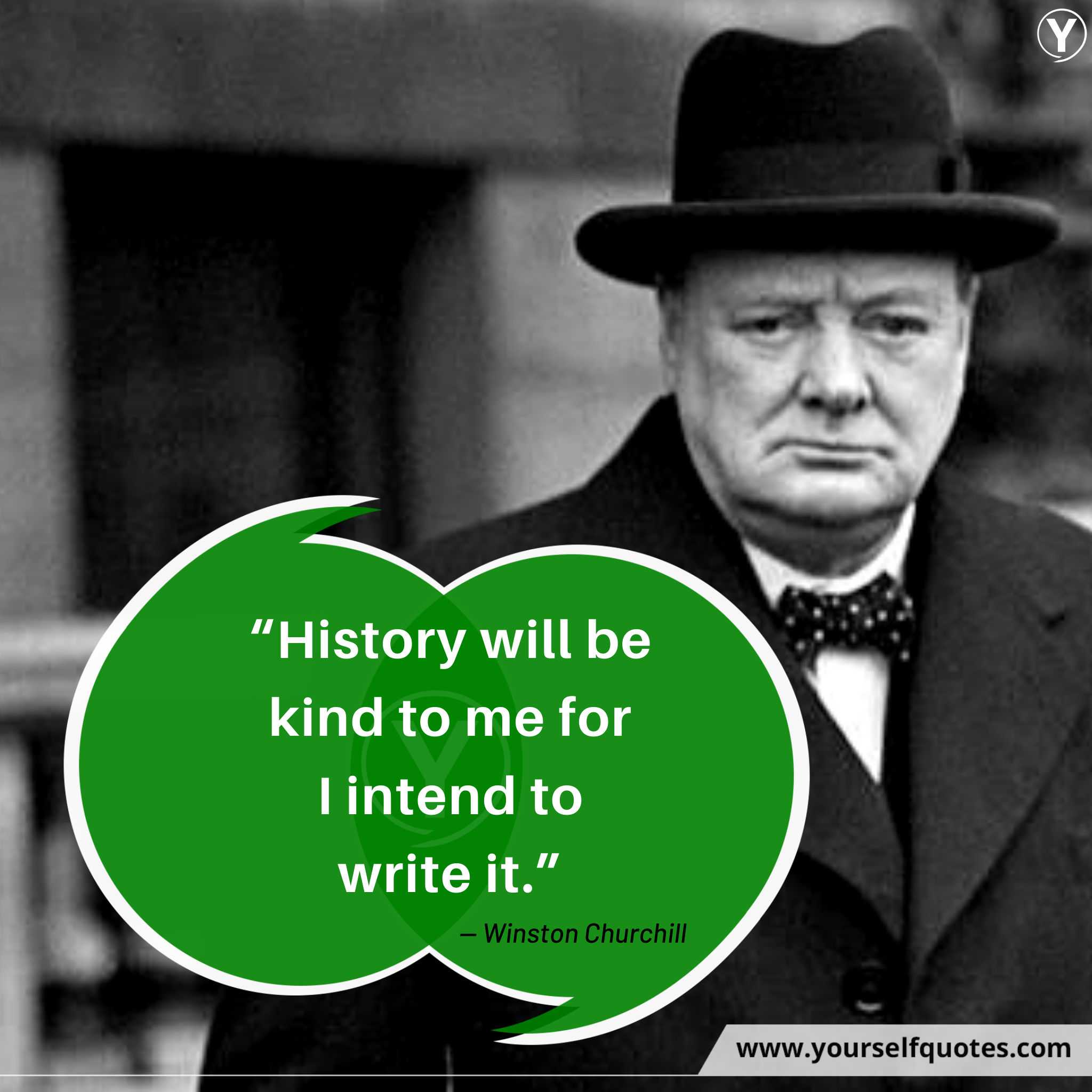 “We are all worms, But I do believe that I am a glow worm.” — Winston Churchill 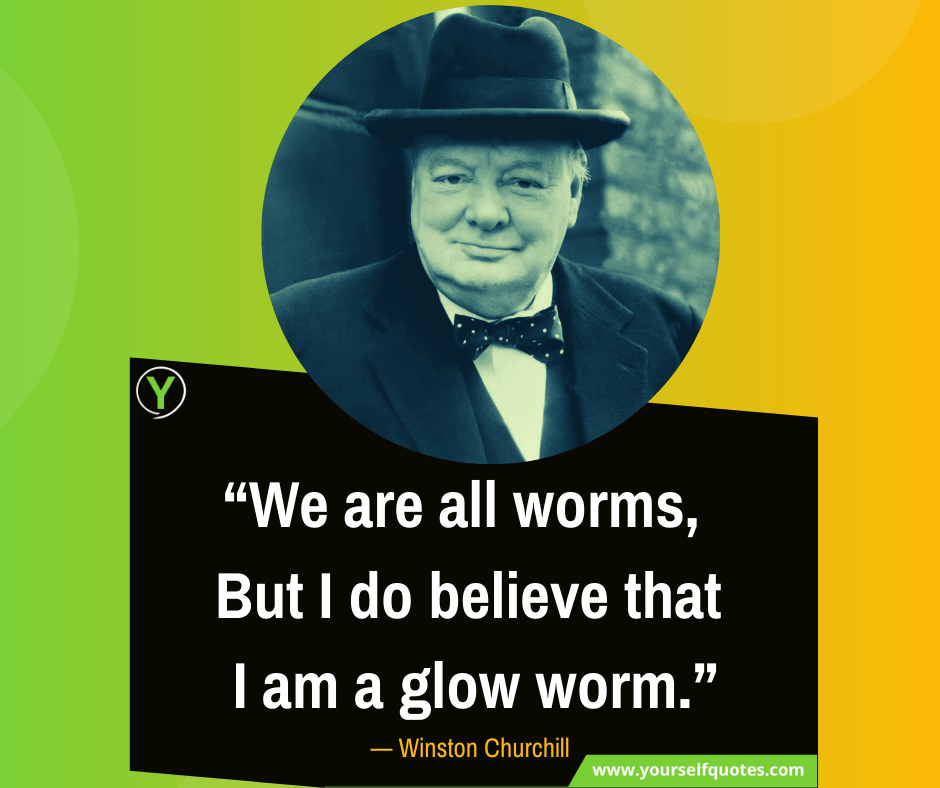 “An appeaser is one who feeds a crocodile, hoping it will eat him last.” — Winston Churchill 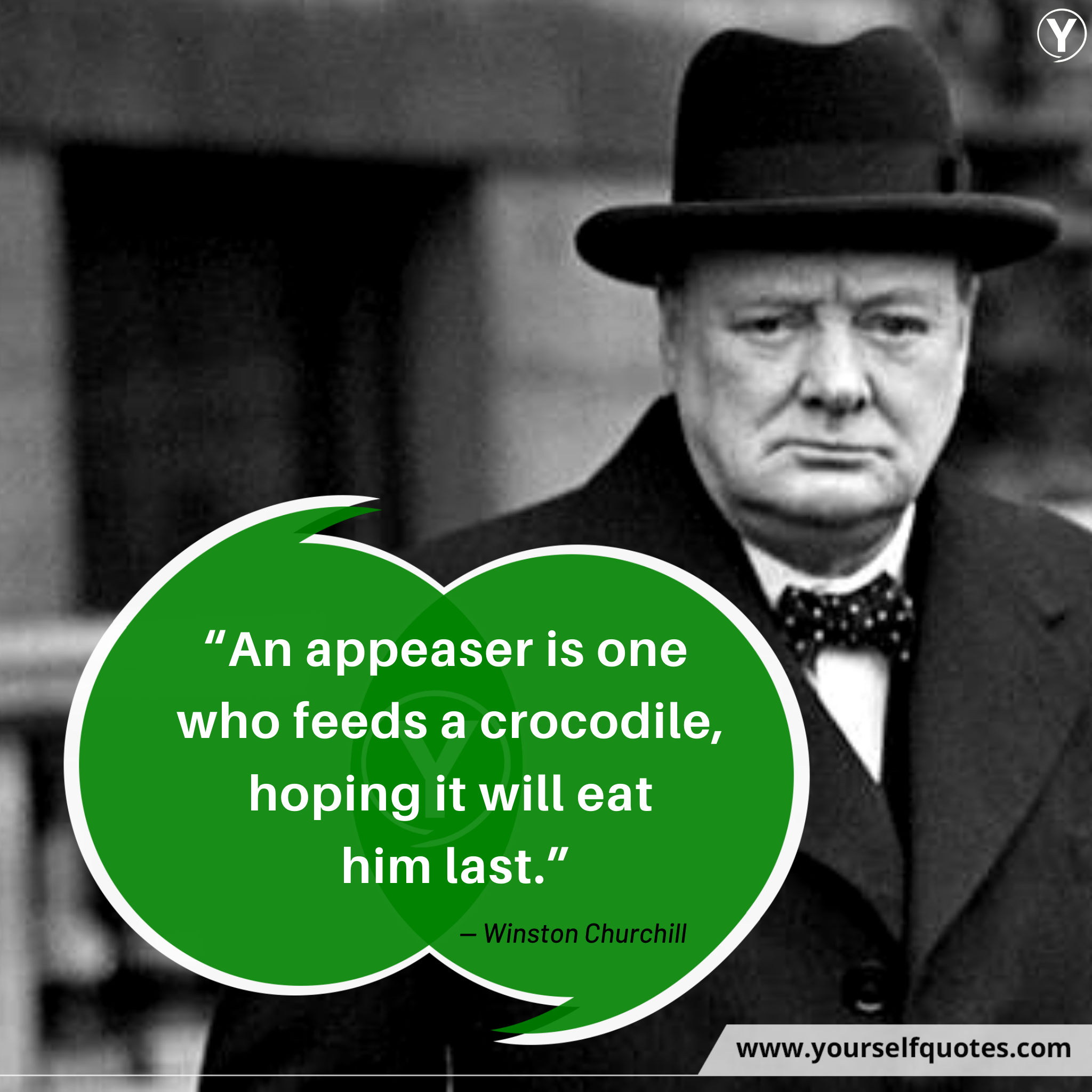 “A lie gets halfway around the world before the truth has a chance to get its pants on.” — Winston Churchill 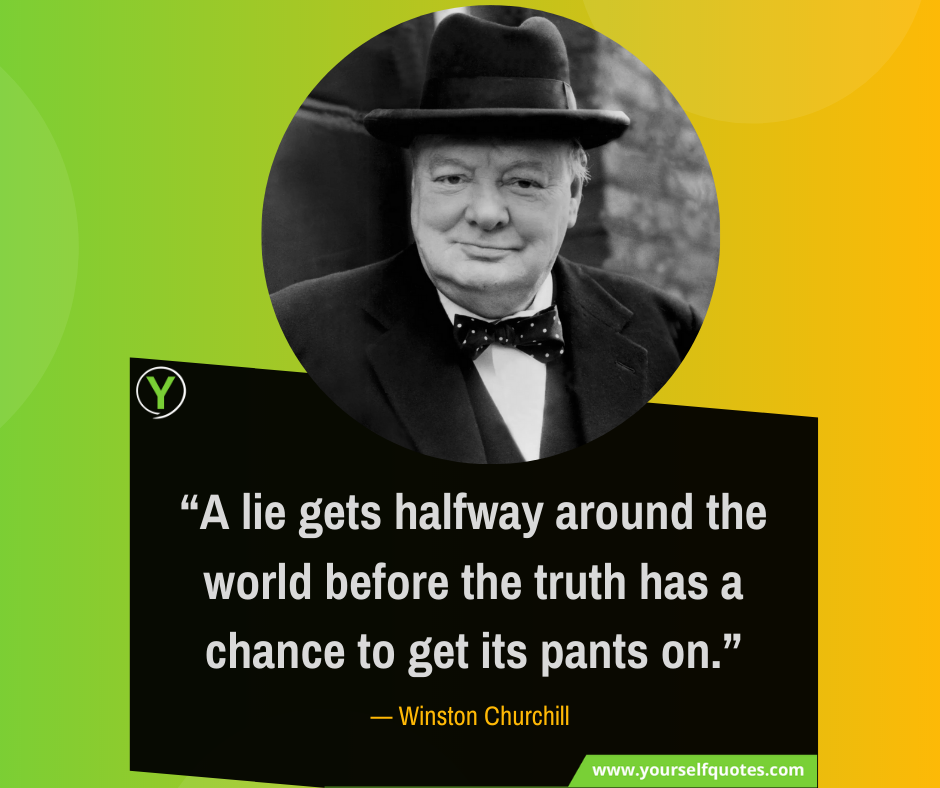 Sir Winston Churchill was a highly reputed and praised Prime Minister of the United Kingdom. Moreover, he was an officer of the British Army, author, and artist.

He possessed great skills of leadership which made him acceptable among people. His speeches were very popular during the World War which conveyed the message of strength and courage to the population of Great Britain in the face of adversity, and with his candor and wit, he gained much favor among the British people.

The great leader got married to Clementine Hozier in 1908. n January 1965, Churchill died at the age of 90.

This personality is still remembered and appreciated by people across the globe. So let’s share out these well-versed Winston Churchill Quotes with your family, friends, and loved ones to build courage in them once again.

Virat Kohli Quotes That Will Inspire You Forever