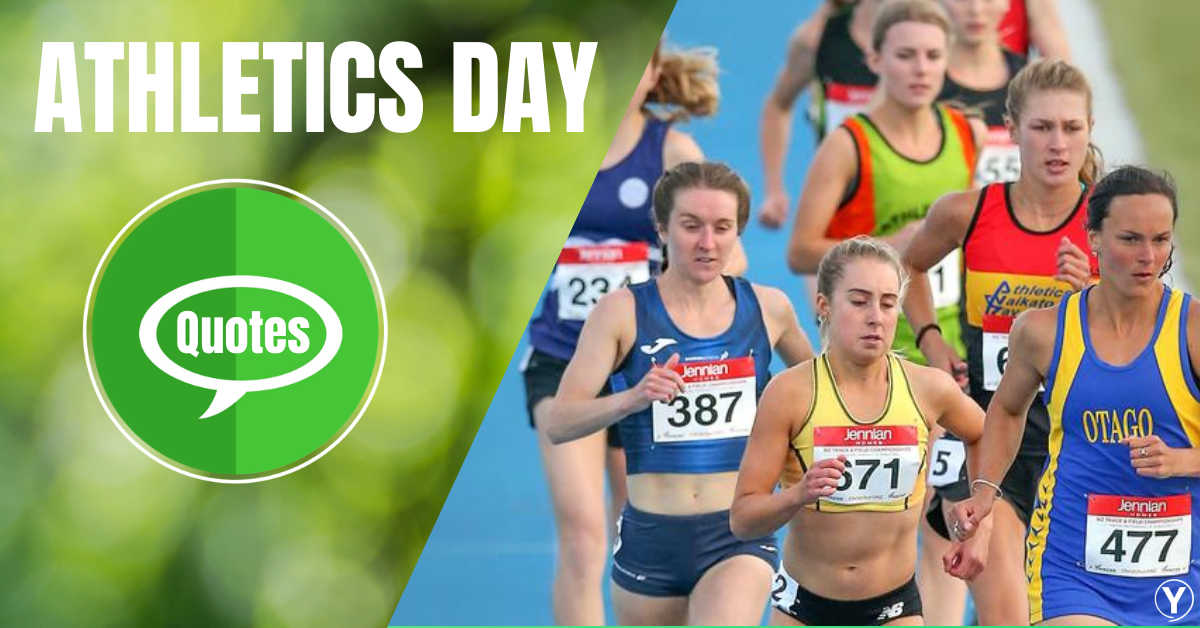 Being healthy must be a part of our overall lifestyle. Living a healthy lifestyle not only prevents chronic diseases but also reduces the risk of long-term illness. It helps us to feel good about ourselves and improve our self-image and self-esteem. Additionally, good health is also central to human happiness. There is a saying that a healthy body has a healthy mind. To keep our body healthy, only eating healthy is not enough. Our body needs some more healthy habits like exercising and hygiene.

To enhance healthy habits in ourselves, we must participate in various sports activities throughout the year. Athletics is one of those healthy habits that profoundly impact individuals, schools, and communities. Athletics creates a bridge among people who otherwise might not interact together. That is why many schools are paying attention to athletics to build healthy communities and nations. Every year on May 7th, we celebrate World Athletics Day worldwide.

The History of World Athletics Day

International Association of Athletics Federation was founded in Stockholm, Sweden, on July 17th, 1912. This is the world governing body for the sport of field athletics and track. Previously IAAF was International Amateur Athletic Federation.

IAAF is present in more than 160 countries. It keeps on constructing friendly cooperation among all the members while participating in international meets based on religious, political, and racial grounds and combines regulations to govern the competition.

The first-ever World Athletics Day theme was around the Centennial Addition of the Olympic Games in Atlanta. From each of the continental areas, two boys and girls were selected and invited by the International Federation to attend the Atlanta Olympics. Ever since the practice is being followed successively.

The Origin and Early Development of Athletics

Previously athletics was not an organized sport. In the Egyptian and Asian civilizations, we can find the mention of athletics. In 1899 Ireland was the venue for Telltin games of the Lugasad festival. This festival involved a variety of track and field activities. But you must know that the ancient Olympics were strictly for men to participate and to watch. From history, you can also find that the Greek women made their own Hera games every four years, just like the Olympics.

England is the origin and birthplace of athletics as it is today. In 1154 England had the first mention of the game during the establishment of the practice fields in London. But King Edward III banned the game in the 1300s. Century later, Henry VIII revived the game.

Previously the aim of World Athletics day was to encourage the participation of children and youngsters. But they were mostly the club members connected with IAAF associations. Later the project included schools to promote other children’s involvement in team competitions.

School is the right place to promote the benefits of physical activity and athletics. Meanwhile, the main goal of World Athletics Day is to make outdoor sports popular among young people. It also wants to promote athletics as a primary sport and raise awareness about this sport to educate the youth. And the good news is that athletics is progressively proving itself around the world.

Needless to say, that word athletics day is a successful initiative by IAAF that gained worldwide attention along with growth in popularity among youth. More than 100 countries are participating in the event.

“You never give up. You do a task to the best of your abilities and beyond.” 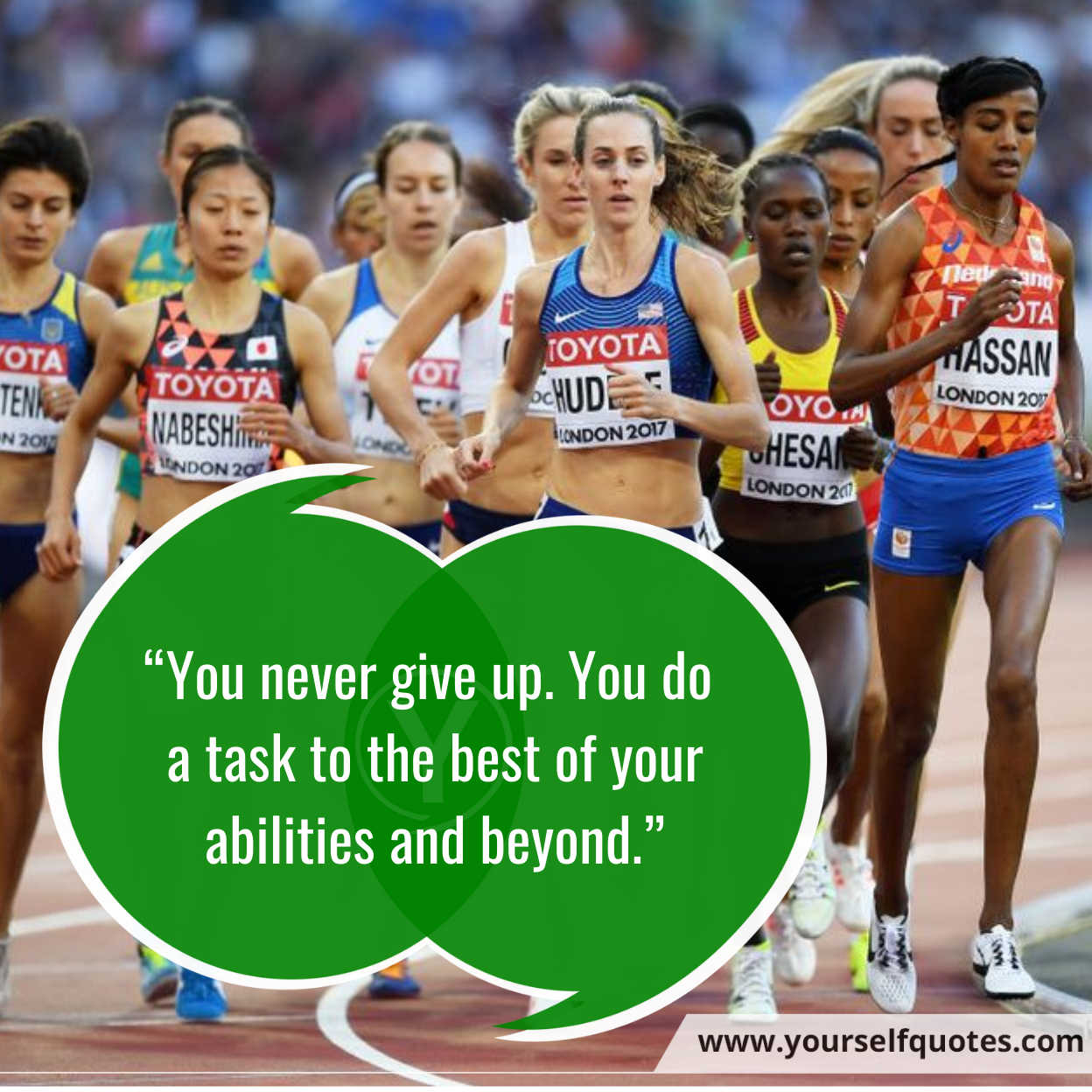 “Nothing good comes in life or athletics unless a lot of hard work has preceded the effort. Only temporary success is achieved by taking short cuts.”― Roger Staubach

“Scientists have proven that it’s impossible to long-jump 30 feet, but I don’t listen to that kind of talk. Thoughts like that have a way of sinking into your feet.”― Carl Lewis 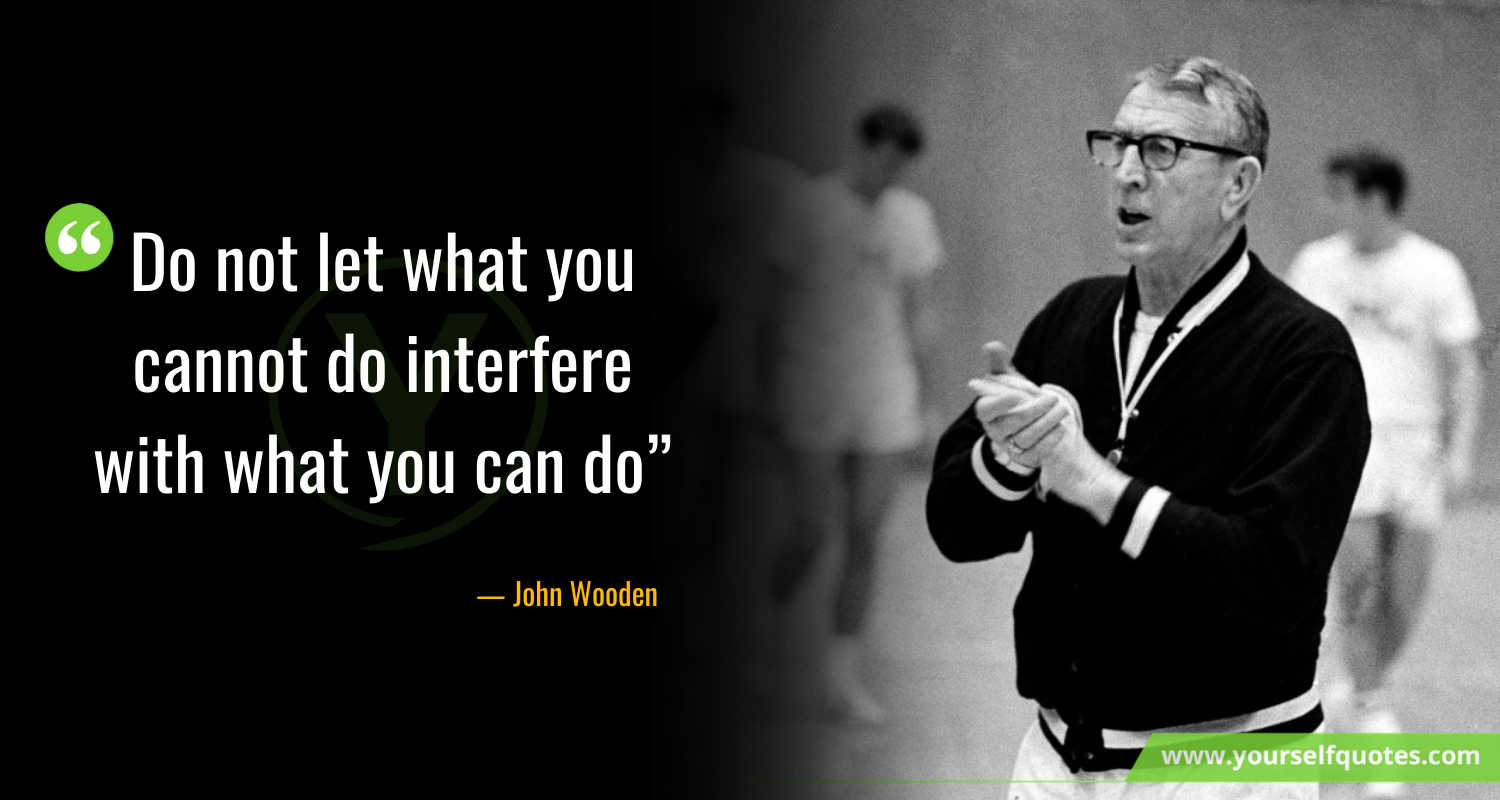 “Eternity becomes more beautiful as we age if we age well. If we age poorly, then we don’t improve our minds; we don’t define all the aspects of our being.”― Frederick Lenz

“Use the practice of mind and body; in order to make those moves perfectly, you have to pull your mind out of its mundane thoughts and awareness and bring it into the body movement.”― Frederick Lenz

“We are human beings, At the end of the day. Success and failure are a part and parcel of our life.” ― Hima Das 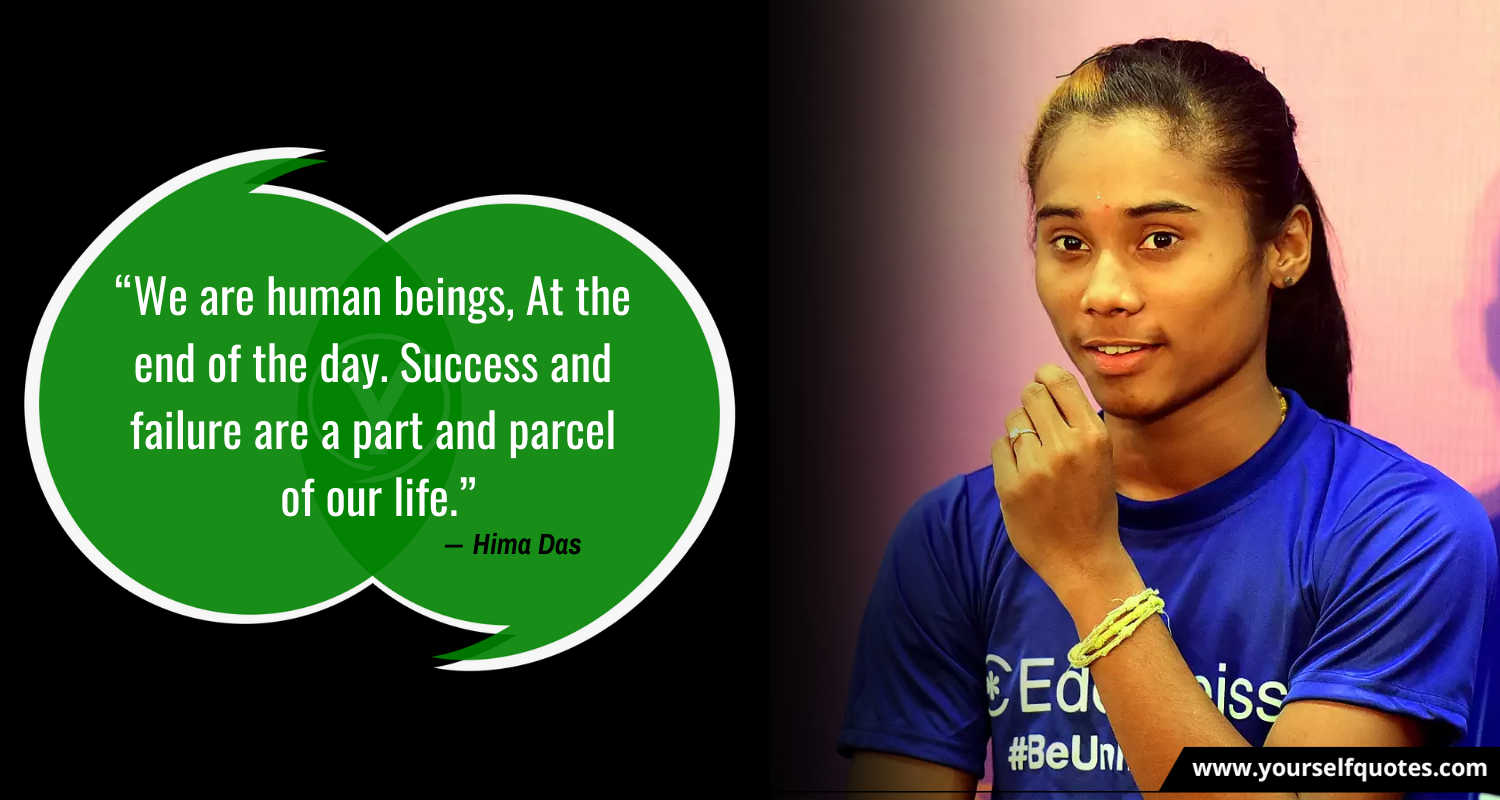 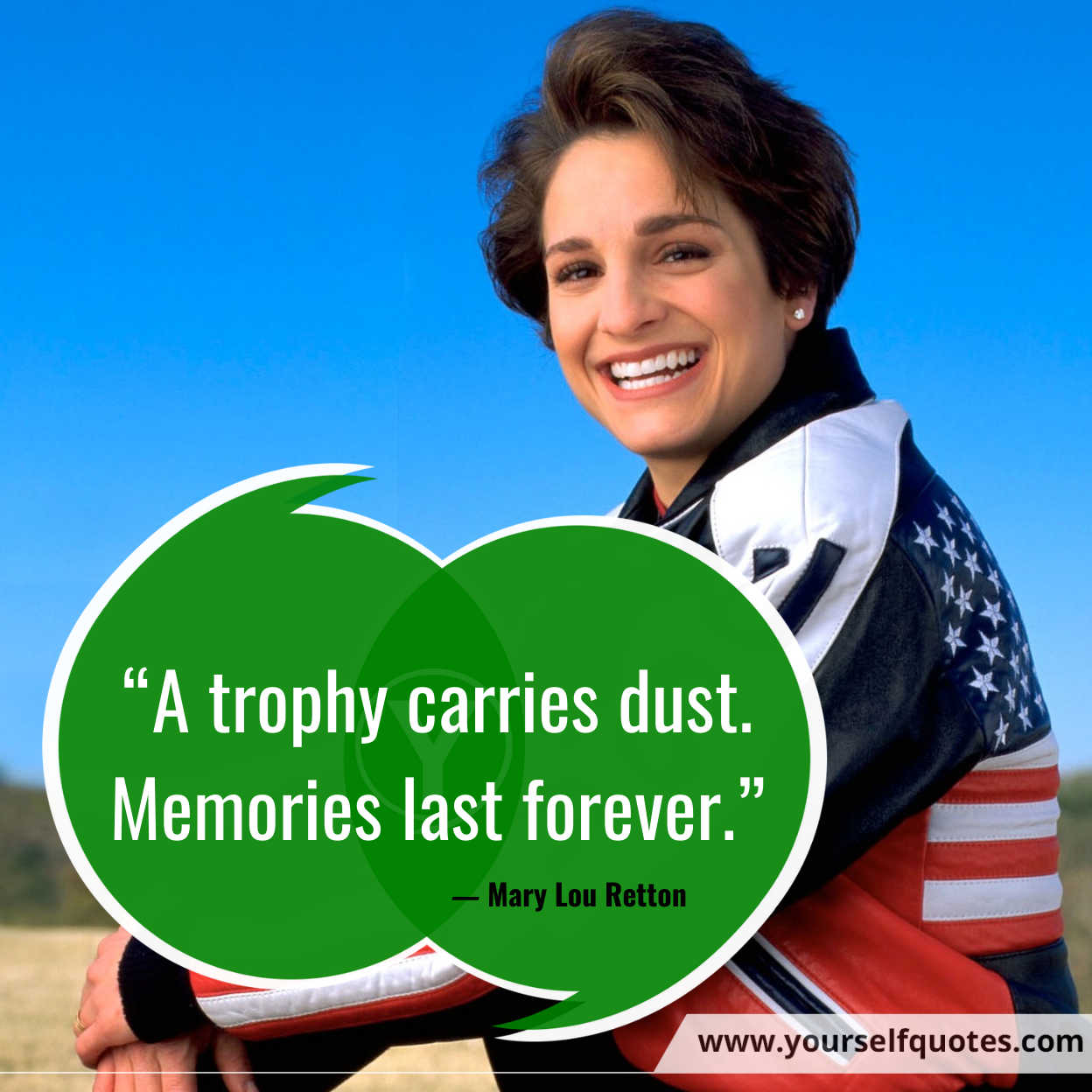 “Greatness, whether athletic or otherwise, doesn’t come from those content on just being but from those who seek being the difference.” ― Kirk Mango

“Athletics is not so much about the legs. It’s about the heart and mind.”― Eliud Kipchoge

Regardless of age, it’s important to be health-conscious and perform regular activities such as running, walking for better health, and staying active.

In today’s world, we all are suffering from some or other health issues. Thus, it is becoming quite important to make people aware of the importance of fitness. Celebrating World Athletics Day is the right way to promote physical fitness among the different age groups.

On that day, various athletics clubs worldwide organize different athletic game activities. In India, the Athletics Federation India is the apex body for running and managing athletics in India. AFI is affiliated with the IAAF, Indian Olympic Association, and AAA.

The increasing popularity among youngsters about World Athletics Day proves that the initiative by IAAF gained global attention. Playing sports helps a person to be healthy and strong. It is essential to encourage our youngsters to take part in different athletic events. World athletics day is the right time to be proud of our country’s athletes and promote the importance of good health among people.

Coco Chanel Quotes That Will Make You Feel Fabulous

Coco Chanel Quotes That Will Make You Feel Fabulous