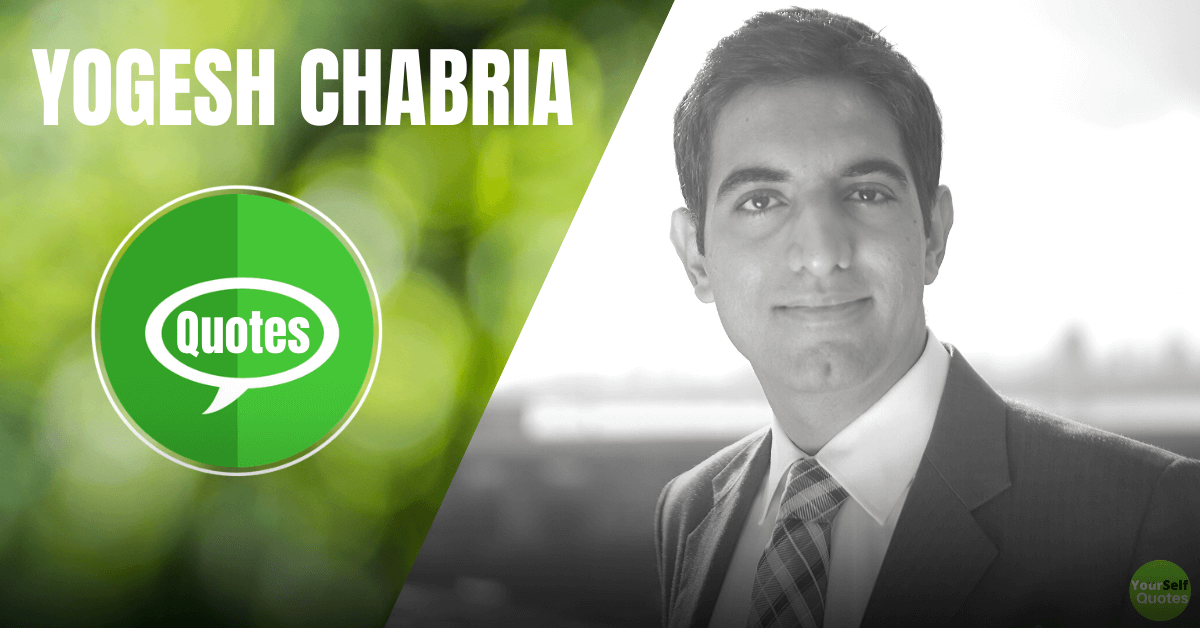 Yogesh Chabria is a brand name in itself who is leading the world’s most influential thinkers and leaders by his powerful & impactful self-development programs.

He is a successful award-winning speaker, entrepreneur, #1 bestselling author and strategist. He has actively addressed distinguished audiences such as the European Parliament, WEF, attended by the world’s most influential thinkers and leaders and the IITs, whose alumni include Sundar Pichai, CEO, Google; N.R. Narayana Murthy, Co-Founder, Infosys & Vinod Khosla, Co-Founder, Sun Microsystems.

He has been felicitated as Mumbai University’s Most distinguished Alumni as a leader in his field along with others such as Mahatma Gandhi, Mukesh Ambani and Anji Reddy. With over two decades of experience he has impacted over 20 million people in over 1000 organisations from over 100 countries. 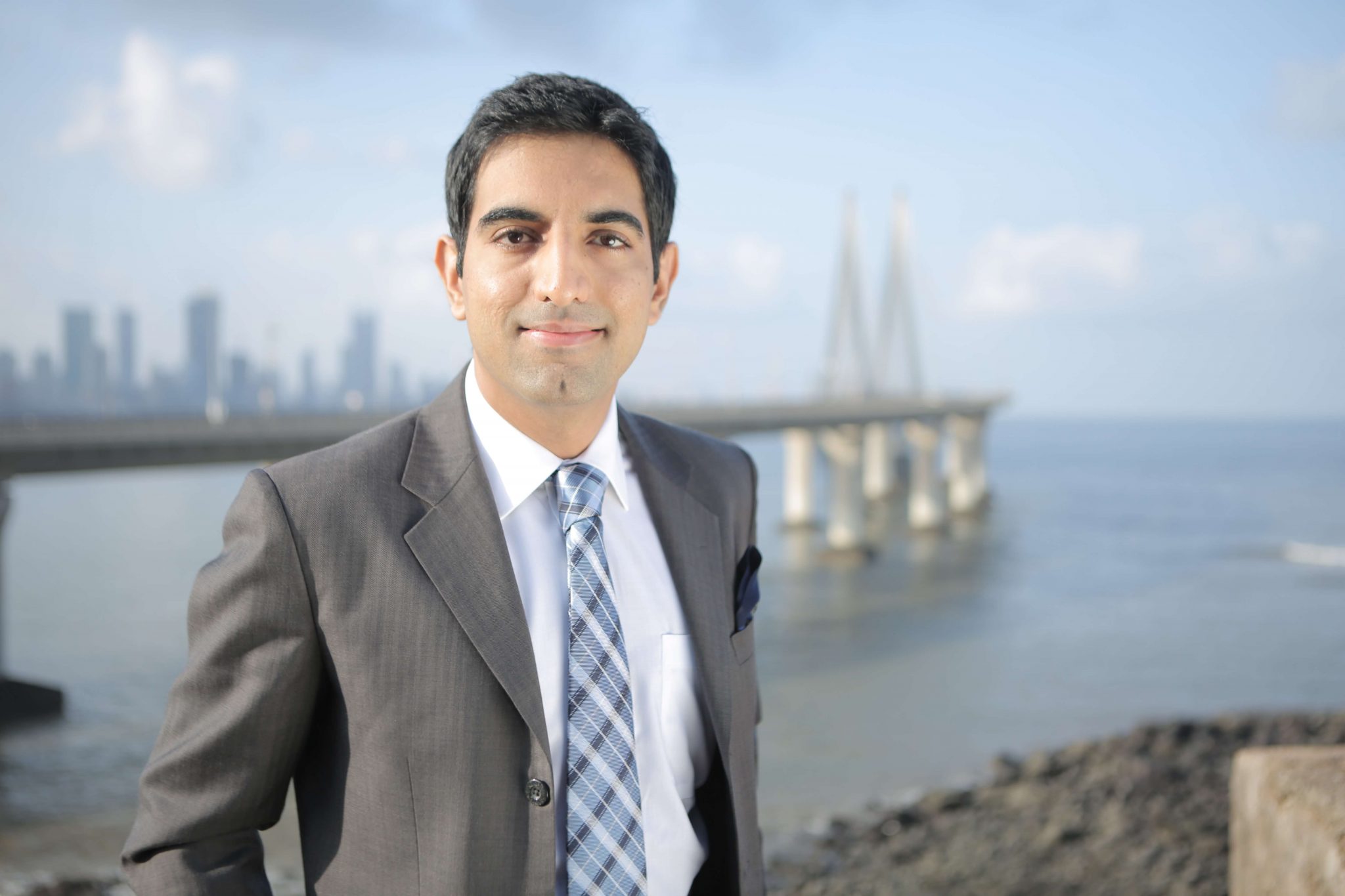 Yogesh Chabria has shared and spoken at global platforms where other speakers have included His Holiness the Dalai Lama, Late President Dr. APJ Abdul Kalam and Ranveer Singh.

You can imagine that this man has influenced the world by his creative words of wisdom, so let’s explore some of the most influential Yogesh Chabria Quote that will strategize your mind.

“You aren’t living enough if you don’t sing, dance and laugh.” — Yogesh Chabria 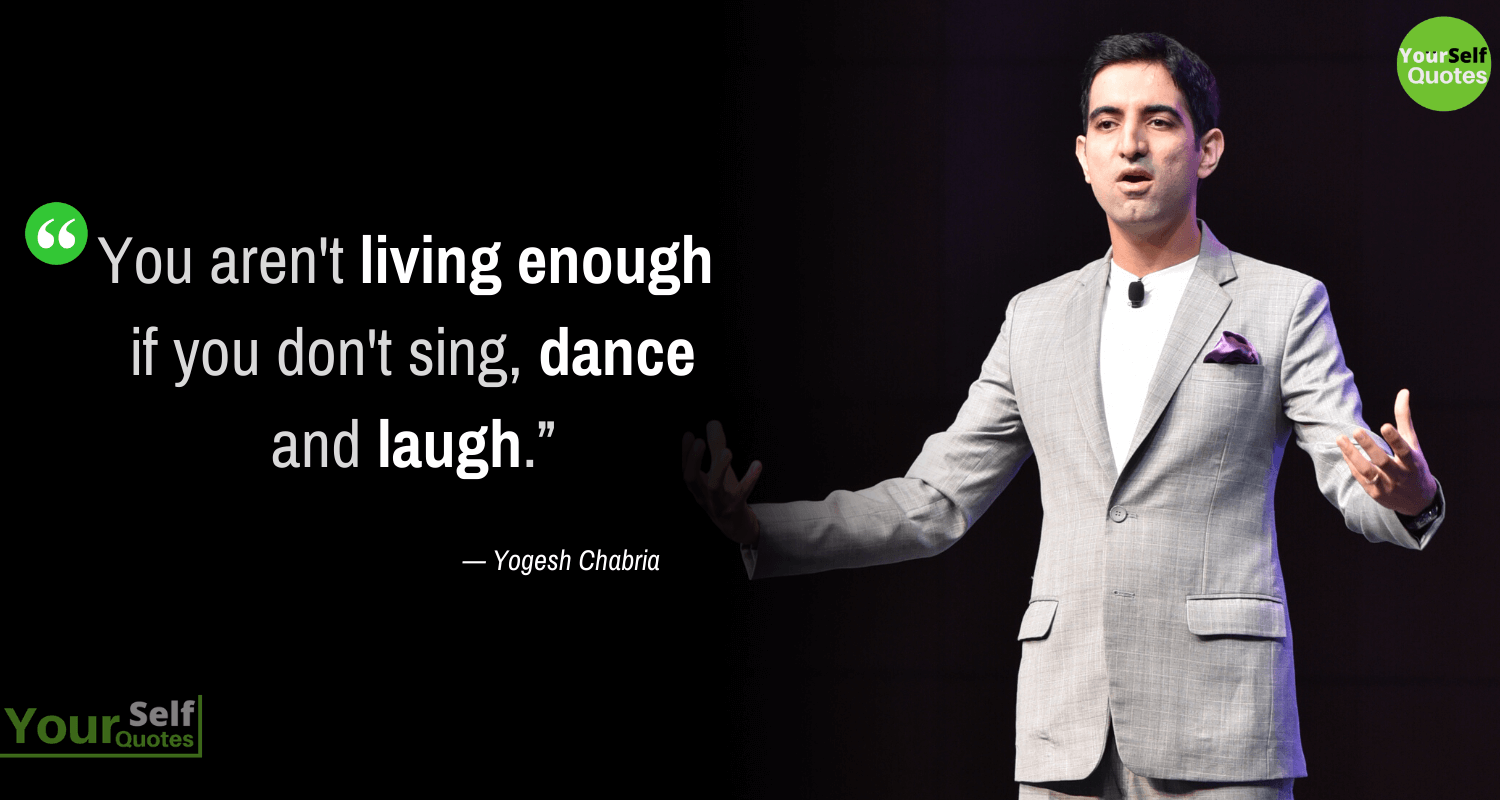 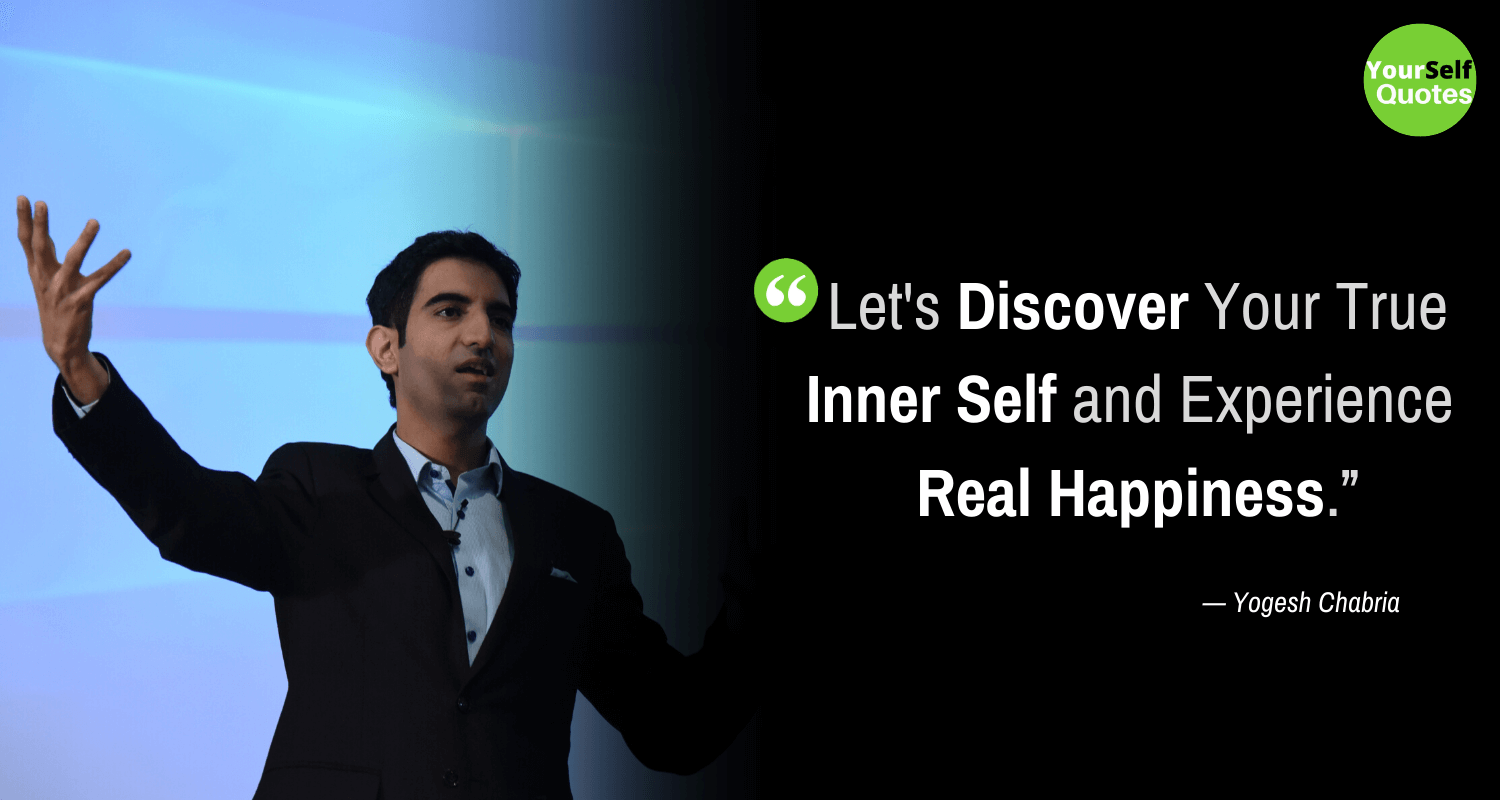 “Life is our biggest gift, enjoy every moment. Go out and do what you want to!” — Yogesh Chabria 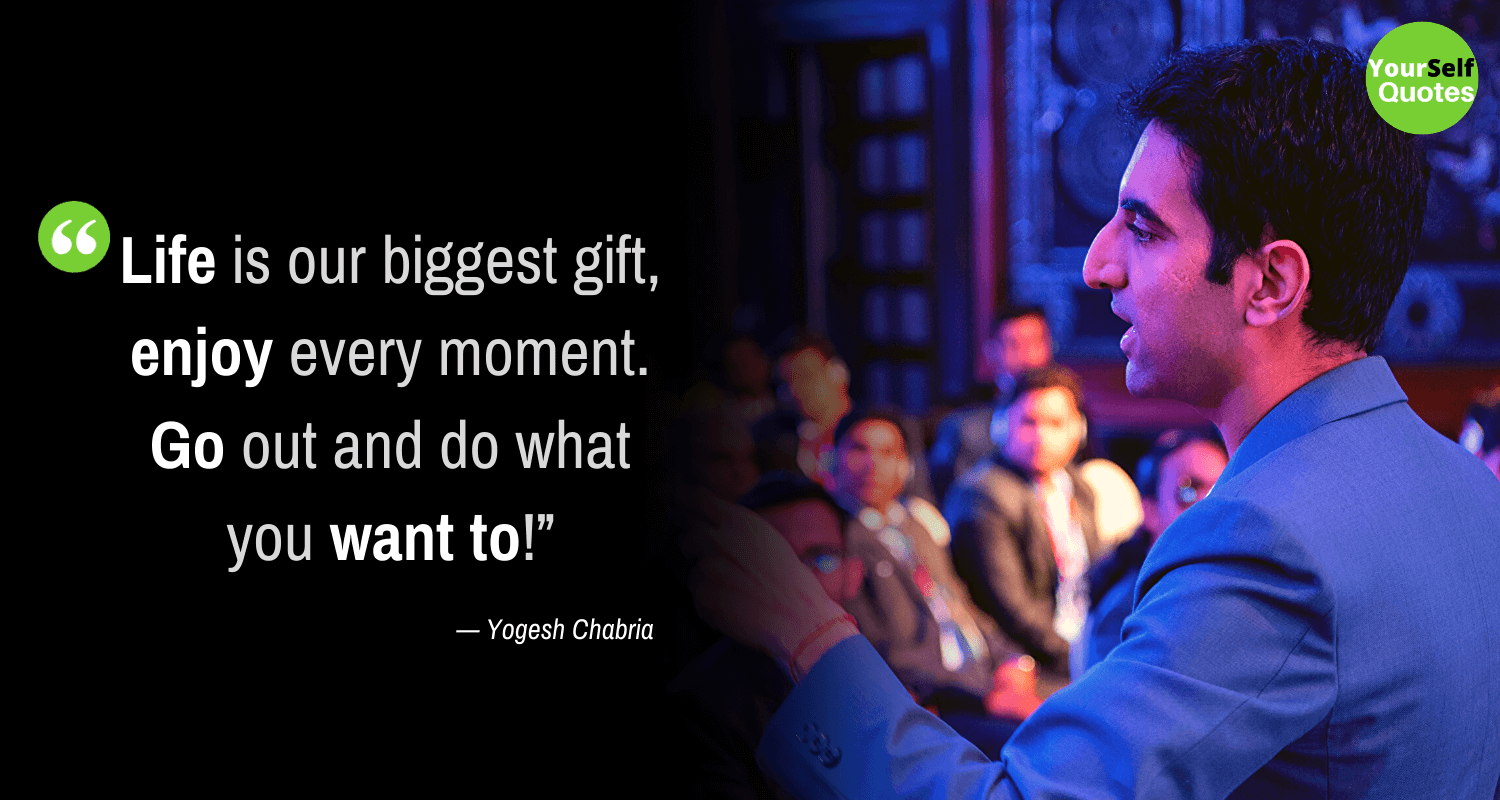 “To experience the divine you don’t need to go to the Himalayas. Simply look within.” — Yogesh Chabria 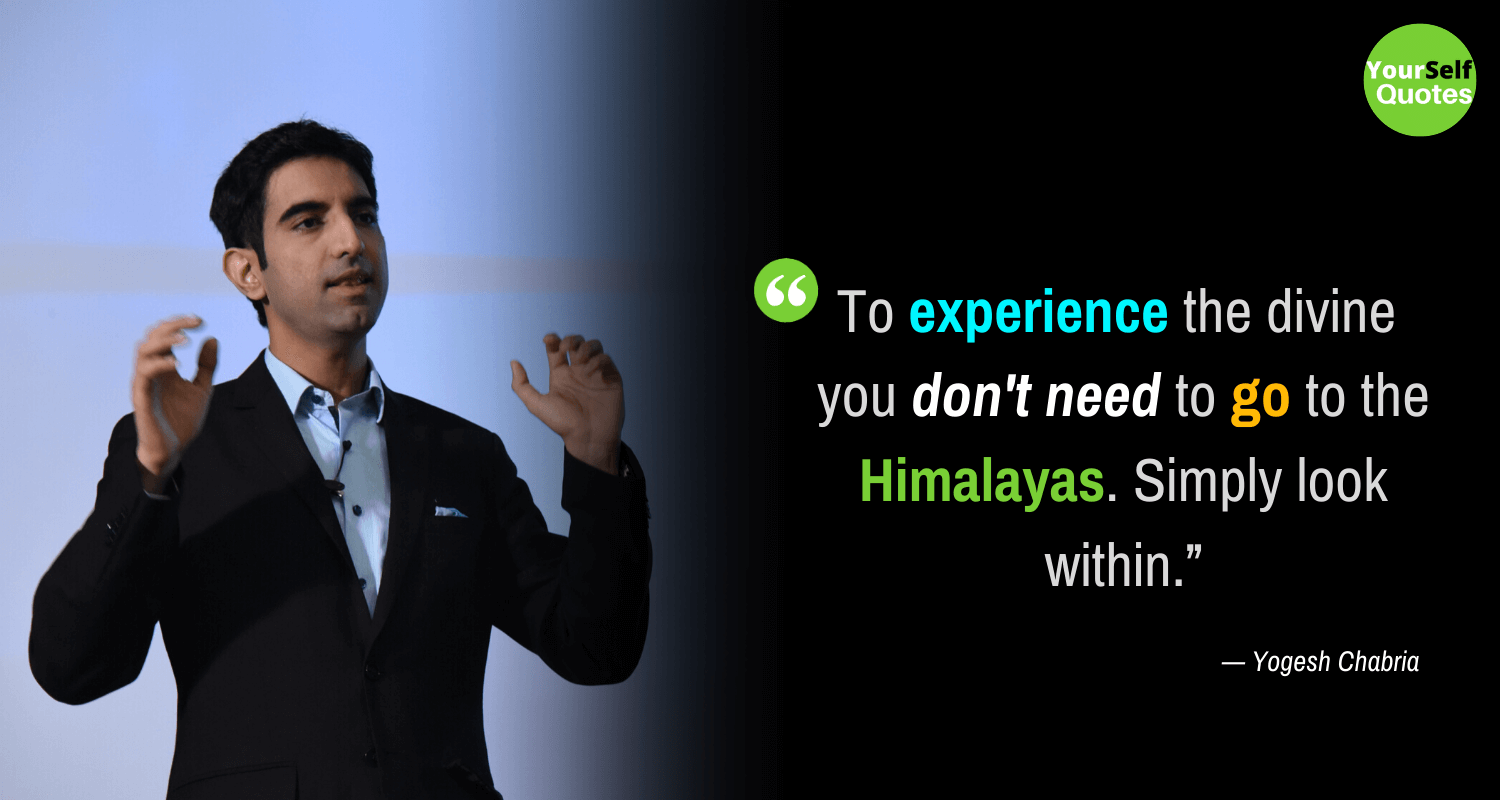 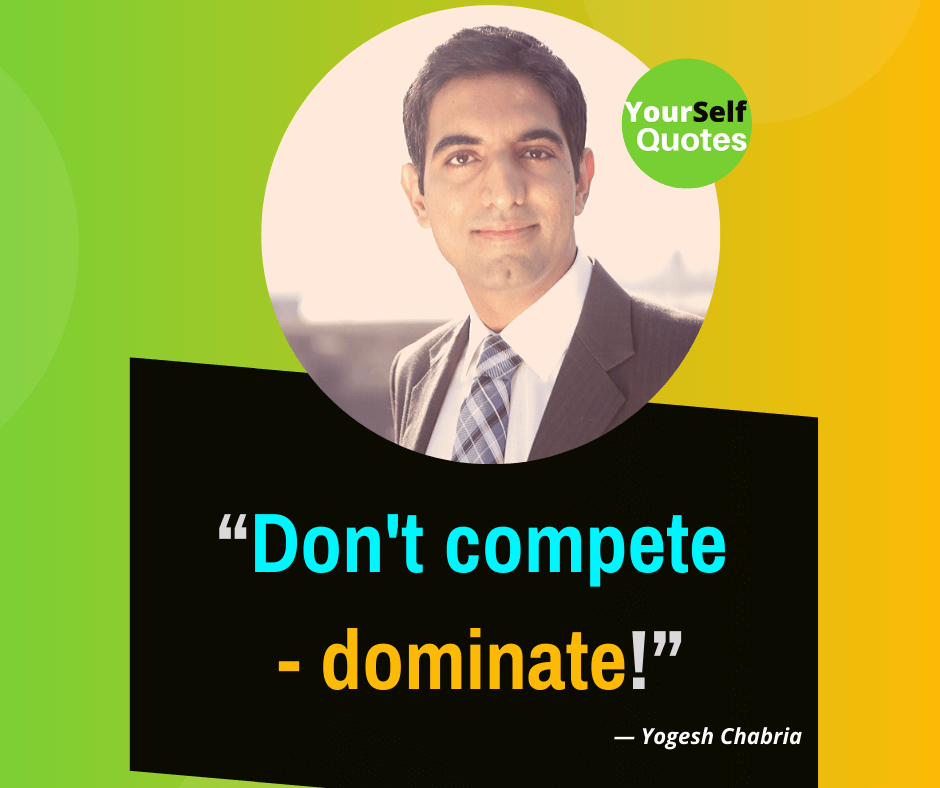 “Nature is lovely. Nothing can replace the beauty of the natural” — Yogesh Chabria

“The best revenge to people who tell you that you can’t achieve your goals – is massive success!” — Yogesh Chabria 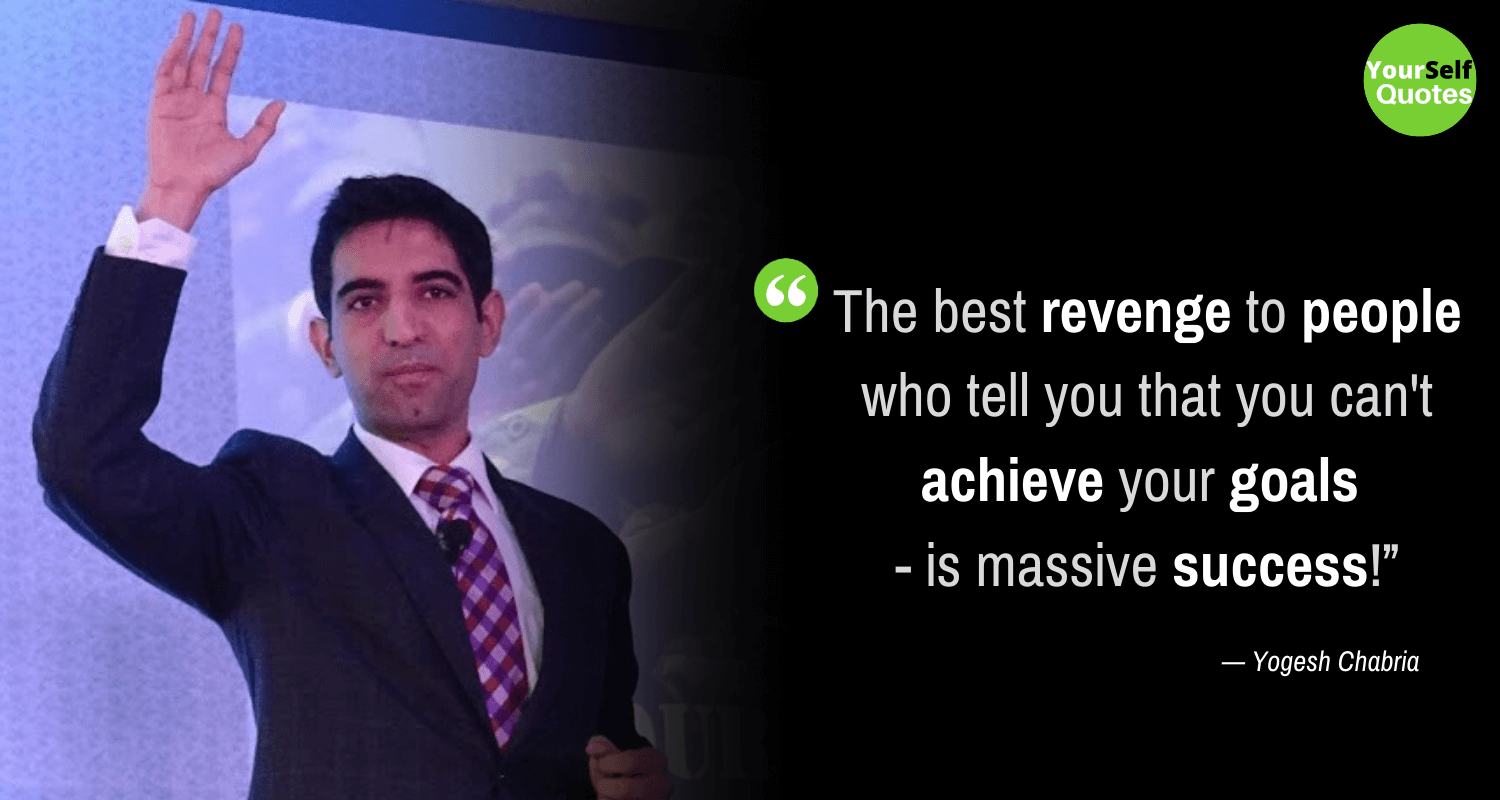 “Happiness is an experience we can discover in the smallest of nature’s creations.” — Yogesh Chabria

“Show me someone who has never lost. It’s probably a rock or a liar.” — Yogesh Chabria 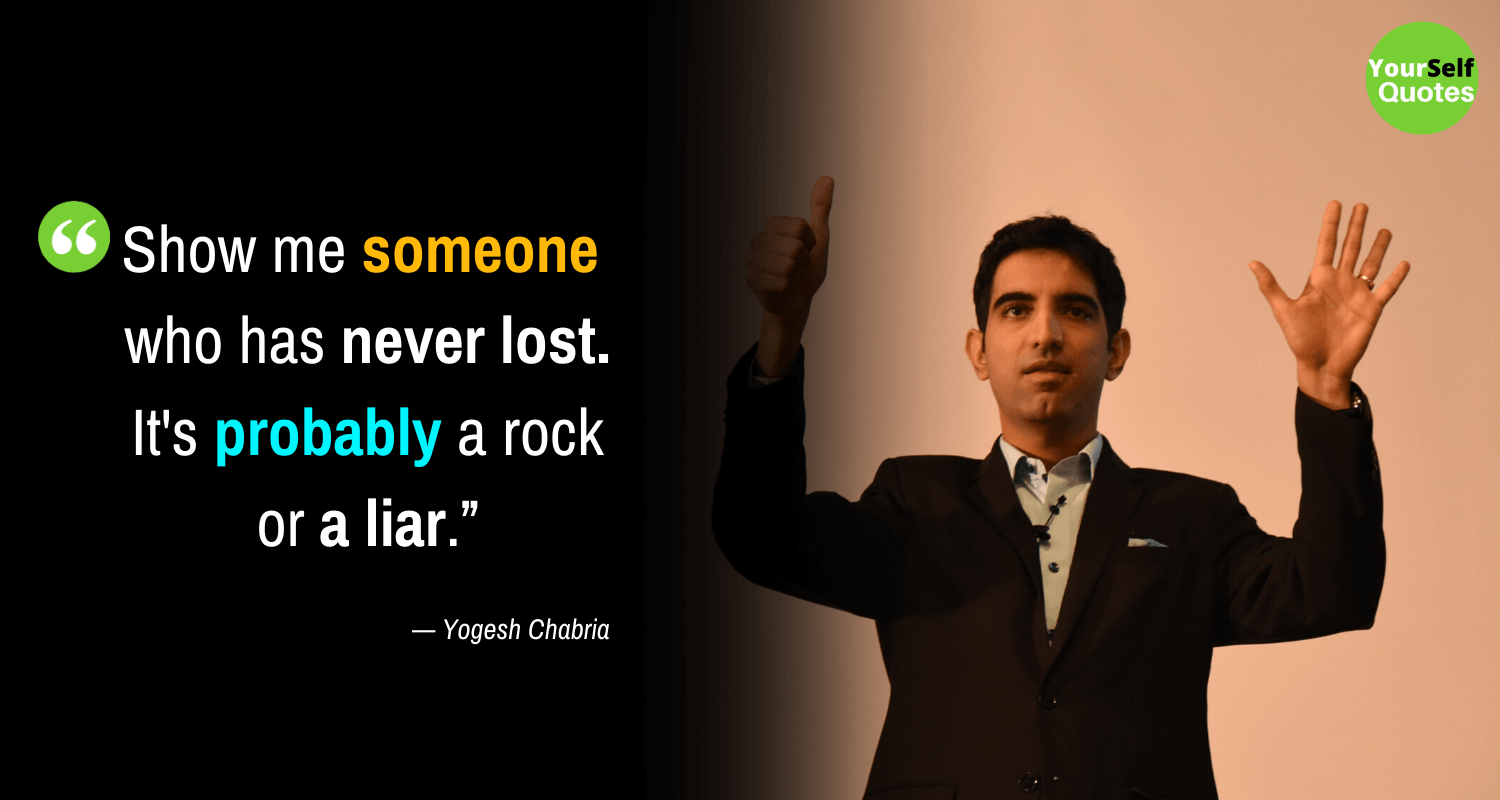 “How well you sell your ideas decides your success.” — Yogesh Chabria 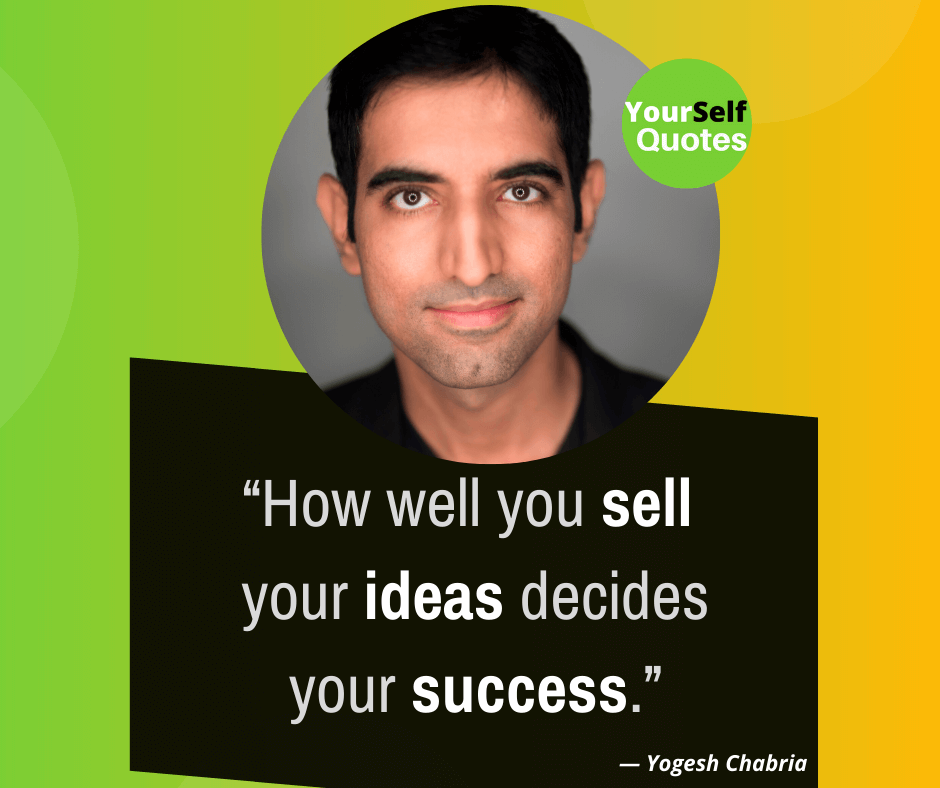 “The power to listen to yourself is the biggest power.” — Yogesh Chabria 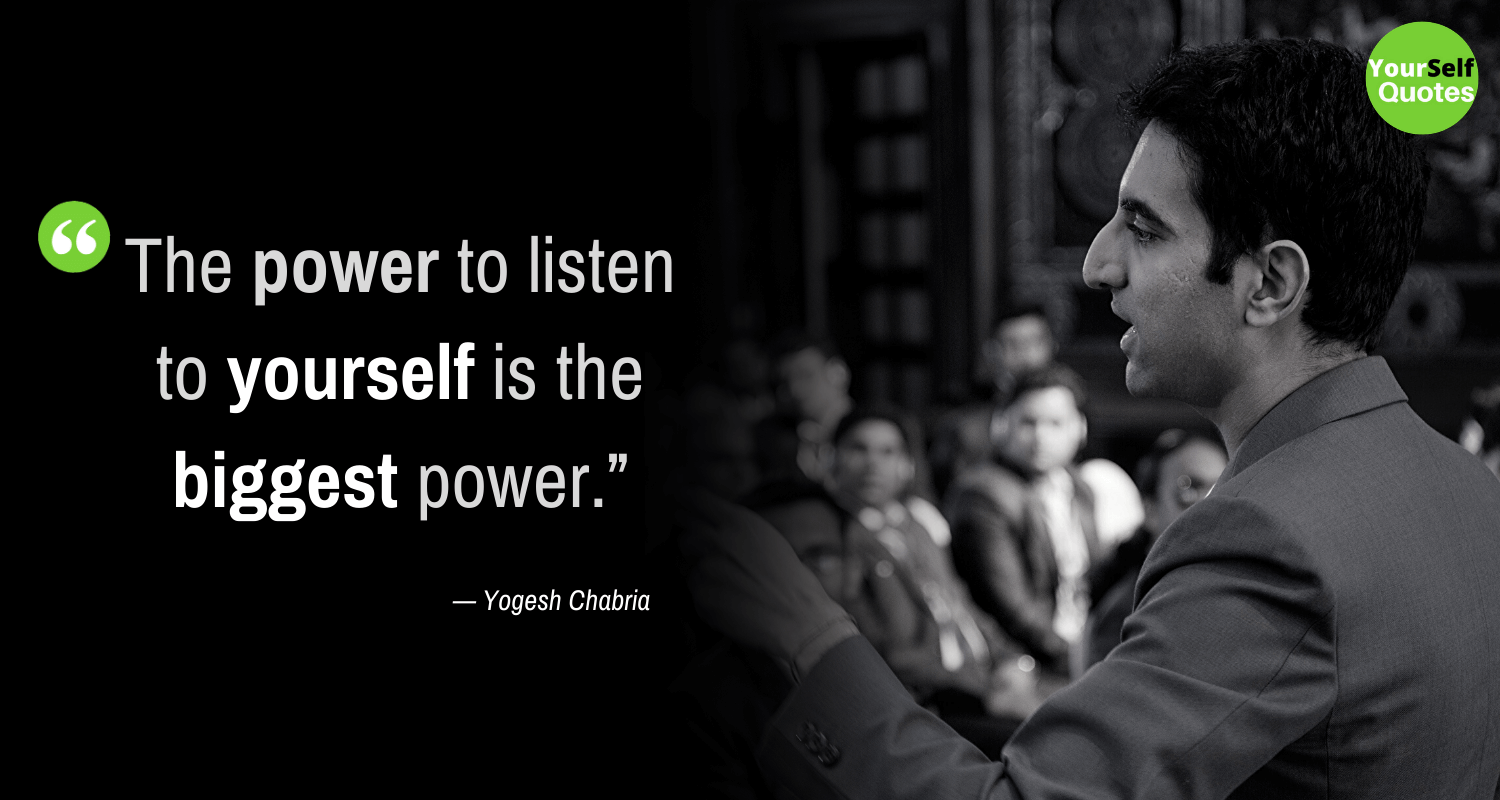 “The harder you hit – The Stronger you get” — Yogesh Chabria 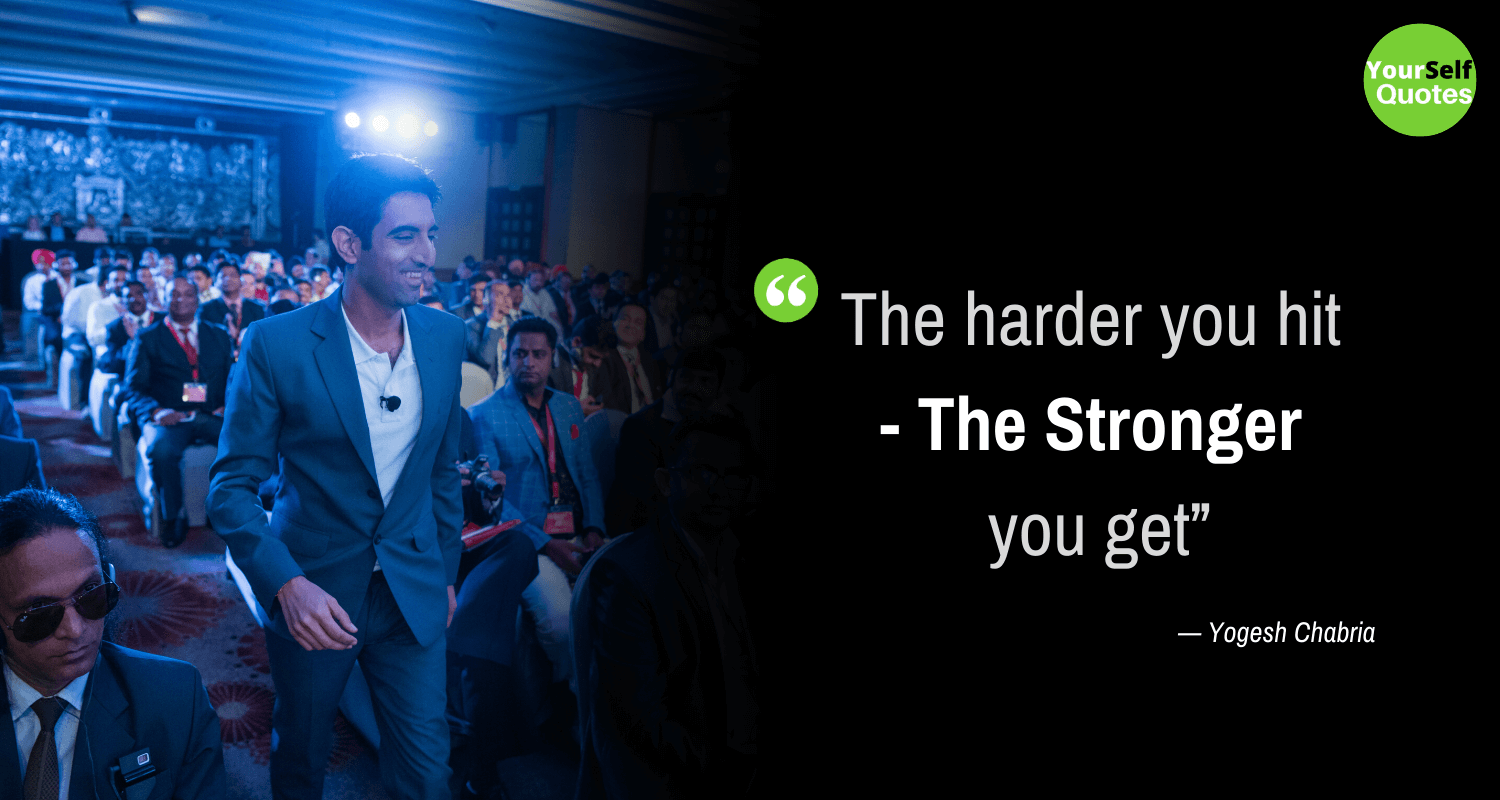 “The harder you push the easier you succeed!” — Yogesh Chabria 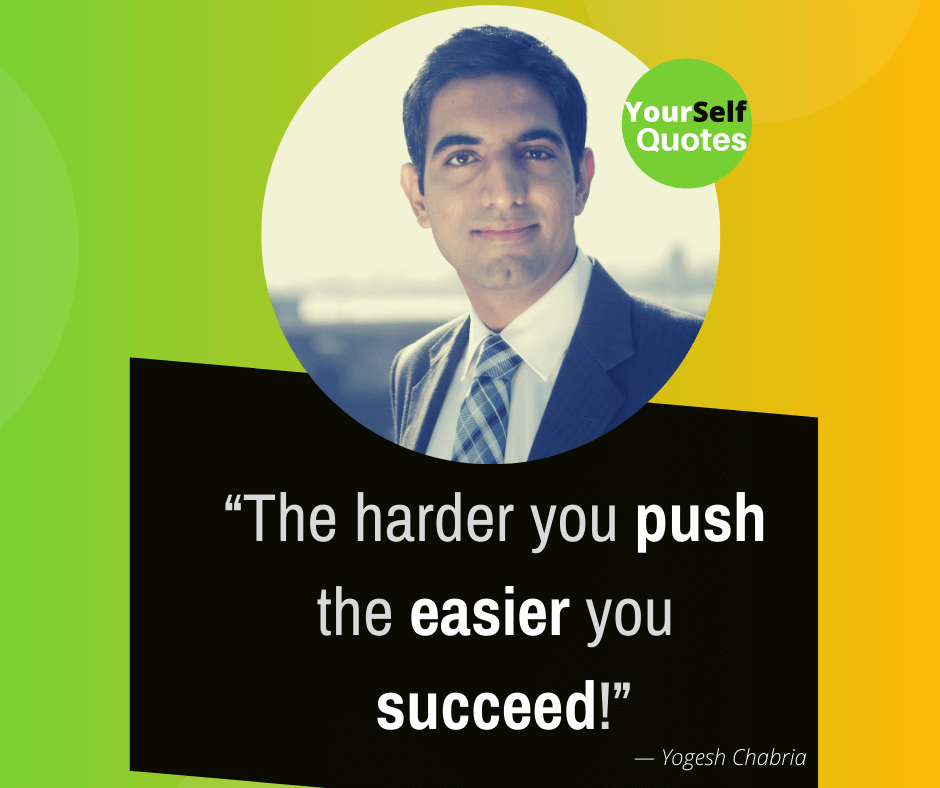 “I never do anything for free. Nobody values free.” — Yogesh Chabria 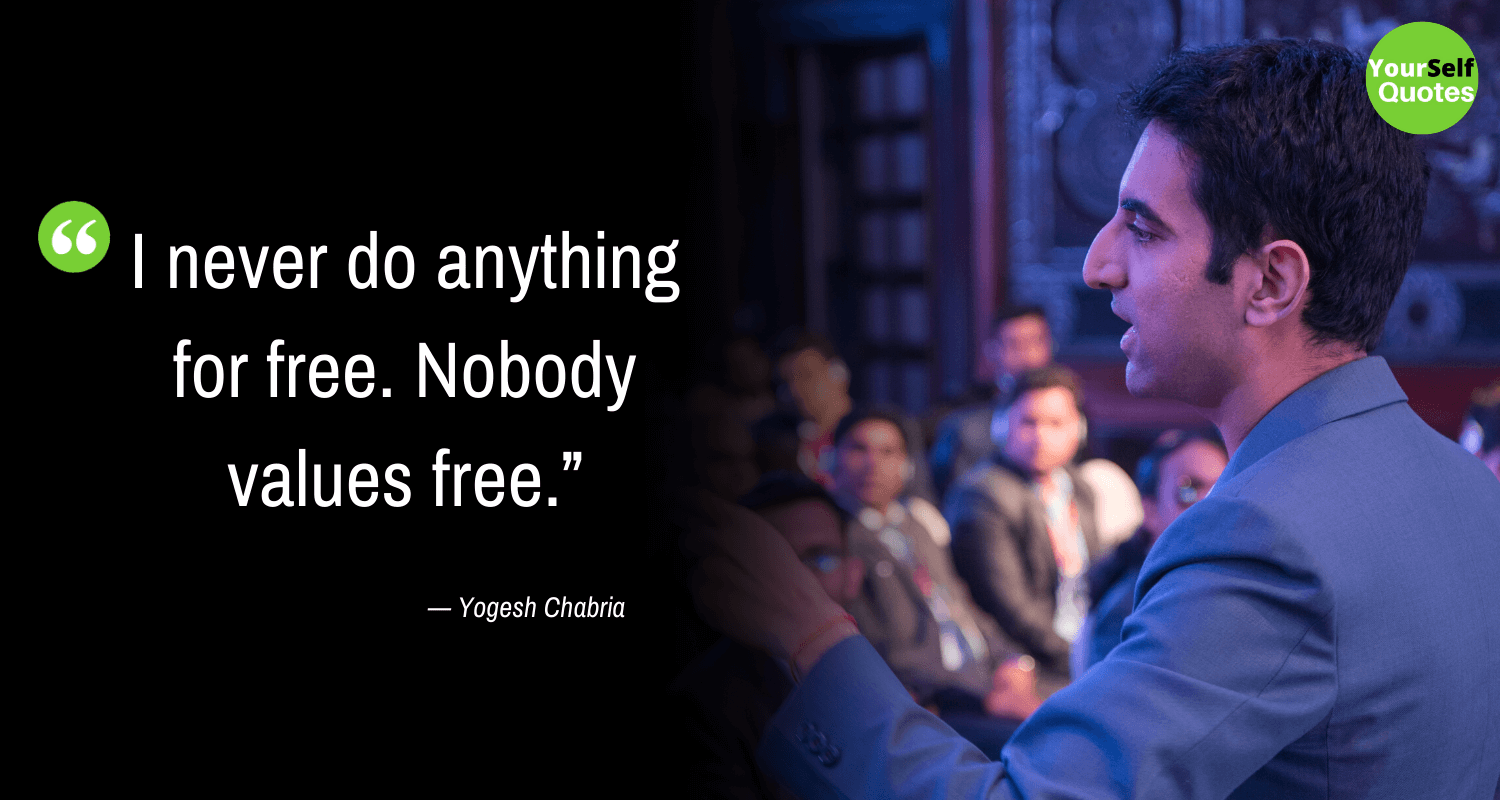 “The new year is a time for new beginnings, new hope, new power, new dreams, new possibilities and new action. Ask yourself what if I could do it all? And how? Have an incredible year.” — Yogesh Chabria

“How you invest your time now decides your future success or failure.” — Yogesh Chabria 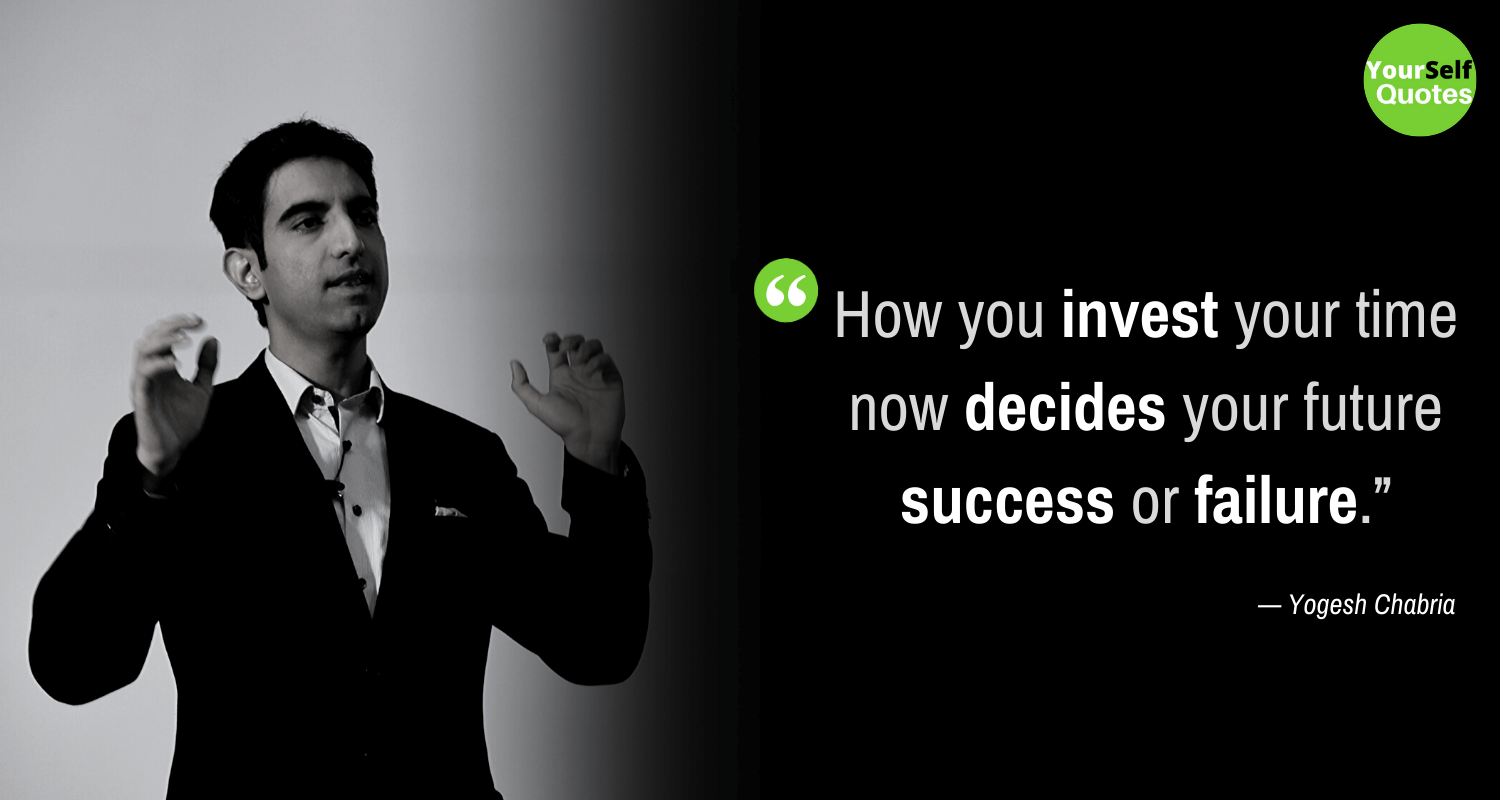 “CRUSH FEAR. ITS THE ONLY THING STOPPING YOU FROM LIVING LIFE TO THE FULLEST” — Yogesh Chabria 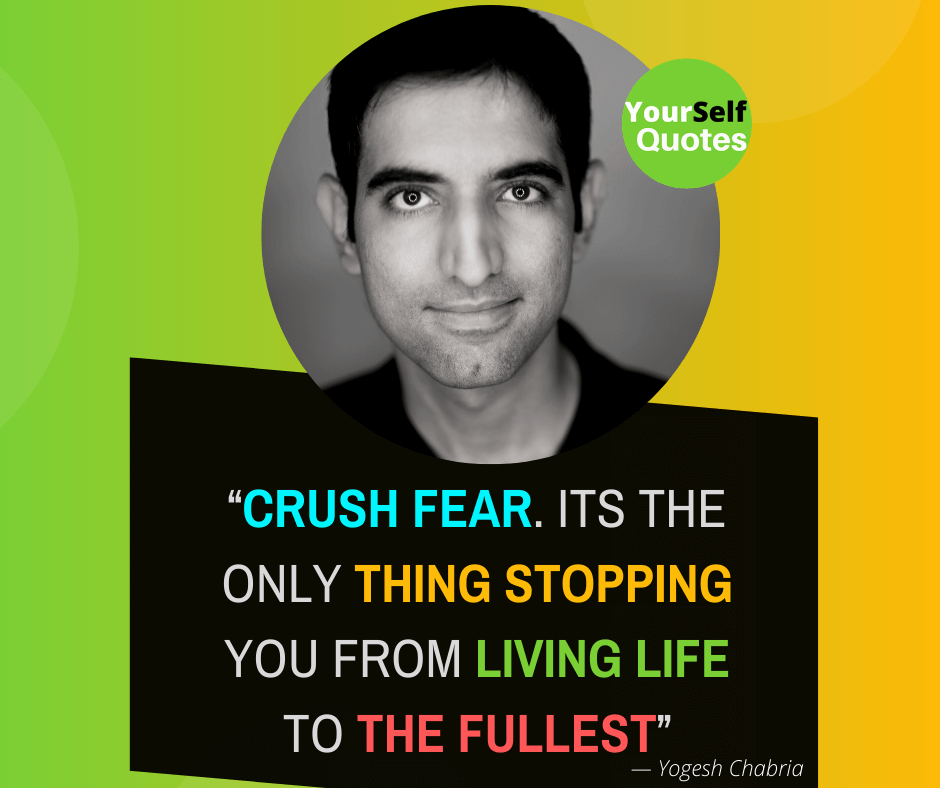 Yogesh Chabria is one of the leading entrepreneurs and business consultant in India. He is an active thought leader and a mass media veteran.

His books, are amongst the first to have TV commercials 24 hours a day on major networks reaching millions of viewers daily. His creative work is regularly featured in major media agencies. One can get highly impressed by his interactive and enlightening sessions.

He has vast experience in business, sales, happiness, innovation, technology, entrepreneurship and finance. He constantly speaks, writes and consults on these specific topics.

I hope you must have enjoyed knowing about him. If yes, then do share these influential Yogesh Chabria Quotes Images with your near and dear ones.

Sachin Tendulkar Quotes That Will Motivate You Forever