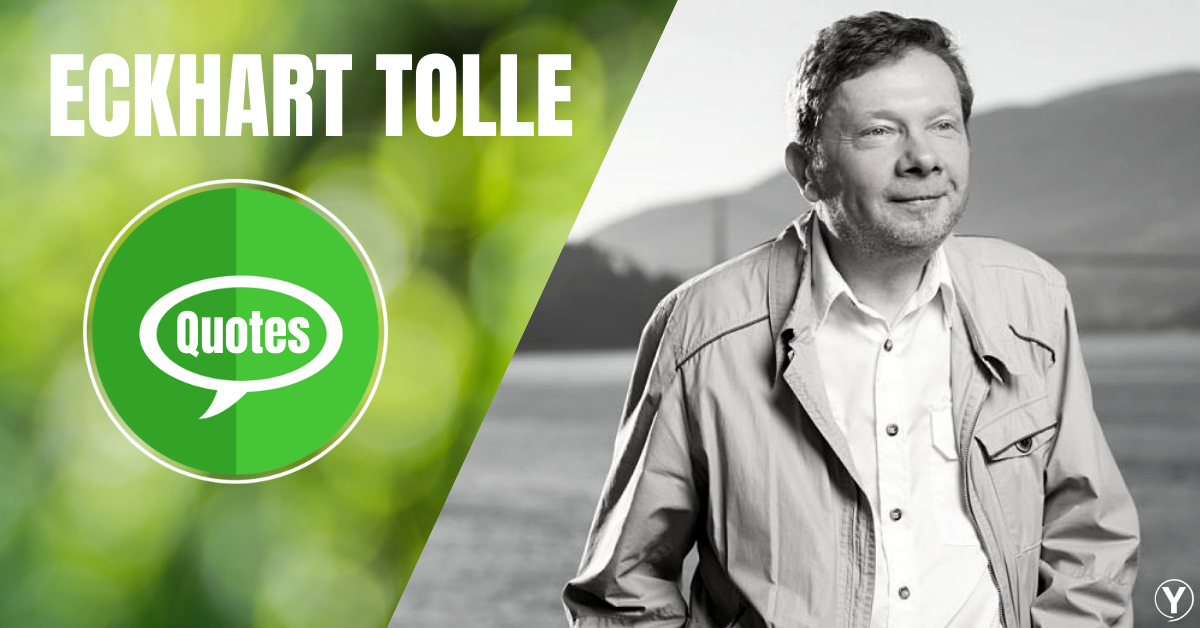 Eckhart Tolle is one of the most renowned spiritual masters of the world. He is a beacon for the seekers of peace. His words emerge from the core of truth and strike at the deepest parts of the heart. He is also the author of the New York Times bestselling book ‘The Power of Now.’

What has made him and his work so popular is the simplicity of his message? He doesn’t skirt around the issues. Rather, he is calm, to the point, and practical. Born as Ulrich on February 16, 1948, he is 73 years of age today and lives in Canada. But, he was born in Germany and grew up in the post-war times.

He played in bombed-out buildings and said that a sense of fear constantly gripped him. One of the saddest things in his life was the separation of his parents. Initially, after their separation, he lived with his mother; then, at the age of 13, he moved to Spain to live with his father.

As his father did not insist that he pursue high school, he began studying his own creative and philosophical interests at home, namely- literature, languages, and astronomy. When he was 15, he got five spiritual books written by German mystic Joseph Anton Schneiderfranken. He says that these five books had a great impact on him.

Later, at age 19, Tolle went to England and began teaching German and Spanish at London Language School. He pursued the same occupation for three years. Later, he pursued his doctorate from Cambridge University. During this phase of his life, he was also battling anxiety and depression.

Sometimes, he suffered from crippling anxiety and woke up on several nights choking. This continued for years before the intense inner transformation he had at the age of 29.

One night not long after his twenty-ninth birthday, he woke up in the early hours with a feeling of absolute dread. Everything felt so meaningless that it created a deep loathing of the world in him. He felt that there was no point in continuing his existence if it was a struggle. He felt a deep longing for annihilation.

“I cannot live with myself” were the words that kept echoing in his mind louder and louder. He was suicidal, but then suddenly, he became aware of the peculiarity of his words. He questioned himself whether he was one or two? If he could not live with himself, there had to be two, ‘he’ and his ‘self’, and out of them only one could be real.

This strange realization brought his mind to a halt. There were no thoughts, but as he mentions, he was absolutely conscious. Then, he felt as if he was drawn into a deep void and a vortex of energy, only to wake up peacefully in the morning. His overnight spiritual awakening transformed his life.

He says that from that day, he has experienced inexplicable peace within. He did not continue his doctorate anymore and spent almost two years sitting on park benches, observing the world and experiencing deep inner bliss, followed by his transformation into a spiritual teacher.

Around 1980, he also changed his name from Ulrich to Eckhart in reverence to German philosopher and mystic Meister Eckhart. From then on, his journey became well-known around the world. His teachings have inspired millions, and he has made frequent appearances on the Oprah Winfrey Show, Oprah being one of his biggest fans and cheerleaders.

Further, he conducts meditation retreats and runs the Eckhart Tolle school of awakening, which is a comprehensive course that he teaches to lead people on the journey of their personal evolution. One of the most important aspects of his teachings is that ‘life is always now and if one can find the deep inner peace that is always in the present moment.’

Even if you are stuck on the road driving in harsh weather, you need to be able to remain present and not be distracted by worries. Look around, listen and be present. You may need a nonowner car insurance policy to help you have peace of mind.

Taking care of yourself in advance helps you be ready for stressful moments. The following are some gems of Eckhart’s teachings in the form of quotes that’ll help guide you on the path of your inner transformation.

“Acknowledging the good that you already have in your life is the foundation for all abundance.” – Eckhart Tolle

“Some changes look negative on the outside, but you’ll soon realize that space is being created in your life for something new to emerge.” – Eckhart Tolle

“Realize deeply that the present moment is all you ever have.” – Eckhart Tolle

“Anything that you resent and strongly react to in another is also in you.”– Eckhart Tolle

“In today’s rush, we all think too much, seek too much, want too much, and forget about the joy of being.”– Eckhart Tolle

“When you live in complete acceptance of what is, that is the end of all drama in your life.” – Eckhart Tolle

“Suffering is necessary until you realize it is unnecessary.” – Eckhart Tolle

“Life isn’t as serious as the mind makes it out to be.” – Eckhart Tolle

“Whatever the present moment contains, embrace it as if you had chosen it.” – Eckhart Tolle

“ Stress is caused by being here but wanting to be there.” – Eckhart Tolle

“ ‘How’ is always more important than ‘What’. See if you can give much more attention to the doing than to the result that you want to achieve through it.” – Eckhart Tolle

“What a liberation to realize that I am not the voice in my head. I am the one who sees that.” – Eckhart Tolle

“Wherever you are, be there totally. If you find you’re here and now intolerable and it makes you unhappy, you have three options: remove yourself from the situation, change it, or accept it totally.” – Eckhart Tolle

Eckhart Tolle reminds us that life is always ‘now.’ We can only live in the present moment, yet we all neglect it. We are either rushing towards the future or going down the memory lane reliving our past, both of which disconnect us from the ever prevailing ‘Now’.

Along with this, there is much more that we can learn from the words of this great spiritual teacher. For those suffering from depression and anxiety, he is the hope. He preaches presence, and even scientific research has shown that mindful presence in the now can have tremendous positive effects on the mind and the body. It can relieve anxiety, stress, and depression.

So, wherever you are, whether you are a single parent struggling to handle hyper children or a former military member trying to find car insurance for disabled veterans, you should try to be in the moment. Don’t forget to share these quotes with anyone who you feel might need them.