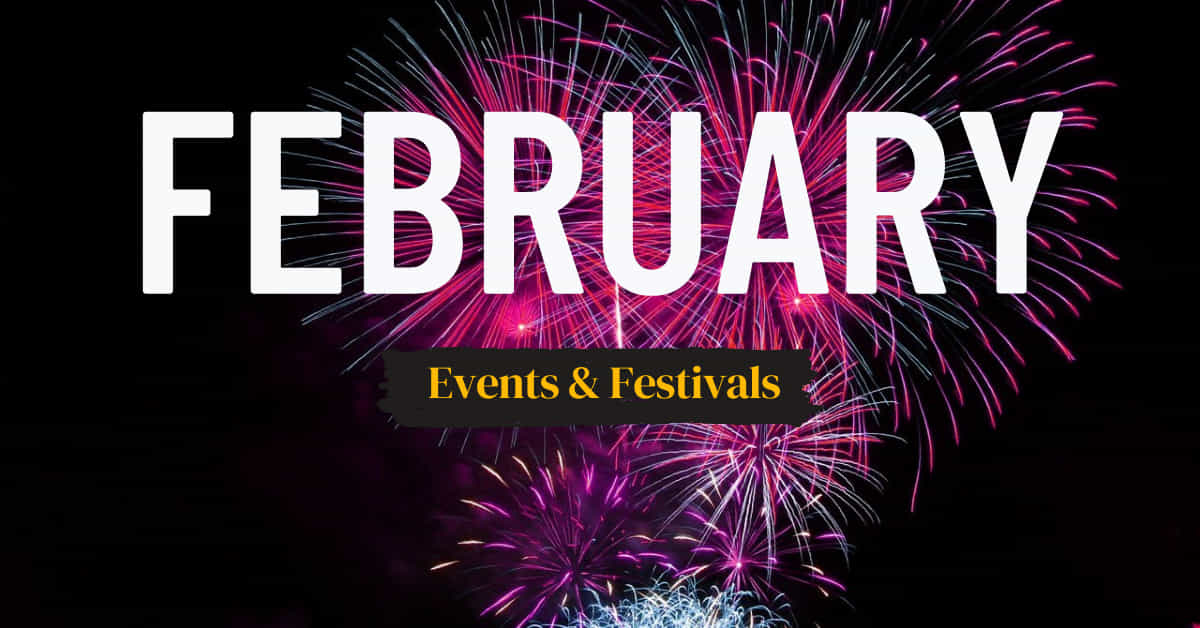 India is a prosperous country in culture, and many festivals are celebrated here.

February is also a particular month for festivals and events. February is known as Phalguna month in the Hindu calendar.

Festivals are widely spread in India. Every month has many festivals.

It’s about the joy that every month there is a festival.

It is the second month of the year. Important dates and days observed to generate awareness. Many festivals and events come in February, and here we will take a look at all of them.

Many days of February have different events and festivals or occasions. We are going to discuss them in this article. We hope that it will help you to make yourself aware.

On 2nd February, World Wetland day is celebrated every year. It indicates the anniversary of the convention’s adoption on the wetlands in Ramsar, Iran.

This year’s theme is “world’s action for people and nature.”

Wetlands are the most productive ecosystem globally, and that’s why this day is celebrated to increase this effective system’s value and save it for our coming generation.

The first goal to organize world cancer day is to reduce illness and death caused by cancer.

It is celebrated on 4th February every year.

The new world cancer day theme from 2022 to 2024 closes the care gap to identify barriers for many people in this world.

This Mela has the richness & diversity of handmade crafts and Handlooms, and many fabric stuff are seen, which is very famous in this Mela.

It is organized every year on this Day.

The Kala Ghoda Festival is also celebrated in South Mumbai, India. It is a festival which Runs nine days long, and this year it will be celebrated from 5th February to 13th February.

Basant Panchami is also a very enthusiastic festival. This Day, we worship Maa Saraswati, a goddess of knowledge, art, and music.

Saraswati Puja has a unique theme of wearing yellow dresses. So many people wear yellow on this Day.

It is the beginning of the Indian government by the Ministry of Health and Family Welfare to make every child free from a worm in India.

11th February – International Day of women and Girls in Science

This Day is celebrated to recognize the role of women and girls in science for benefits and as an agent of a change maker.

Science knowledge can take them up high in many areas, and they can be a leader. Thus the representation and empowerment of women would increase.

It is an international day celebrated globally in different ways .it’s action will appeal to the collective voices on equity in science.

This Day is celebrated in memory of Charles Darwin, who is the father of biology.

This Day tells us about his contribution to science which is evolutionary.

Origin of Species is one of the famous books of Darwin.

Abraham Lincoln was the 16th President of the United States, born on 12tFebruary, 1809. He was the most rewarding and uniquely appealing United States President, and he was famous for his honest Abe.

So there is a public holiday on his birthday for his contribution.

It is celebrated on 13th February to spread awareness about the importance of radio. It is prevalent in many countries because radio is an essential source of information.

Its importance can’t be neglected, that’s why on 13th February World Radio Day was celebrated.

Women’s Day is celebrated in memory of Sarojini Naidu. She was a good politician, poet, and governor of Uttar Pradesh. She has an attractive personality as a social person or political person. She is known as The Nightingale of India.

This Day is trendy among all the people, especially the young generation. It is celebrated in the name of Saint Valentine, who lived in Rome.

He taught people about love through his many activities of life.

On 18th February, Taj Mahotsav is celebrated at Agra every year due to India’s rich culture and heritage.

Taj Mahotsav will begin on 18th February, and it will run till 27th February.

Taj Mahal represents the importance of the Mughal Era and displays the finest specimens of Indian craftsmanship.

This Day is celebrated globally to encourage people to draw their attention to how Social Justice helps eradicate poverty.

This Day is celebrated to make the people aware of the diversity of the language and its variety.

This Day spreads awareness about the language, culture & diversity across the world.

Every year, World Scout Day is celebrated by millions of scouts worldwide, and it is the birthday of Lord Baden Powell, a pioneer of scouting.

This Day is celebrated every year on 24th February across India to encourage the employees of the excise department to carry out the department’s duty in a better way and prevent corruption.

National Science Day is celebrated every year on 28th February to highlight the discovery of the Raman effect by Indian physicist Chandra Shekhar Venkat Raman.

He discovered the Raman effect, so this Day is celebrated for his contribution to science.

India is a land of festivals. This Festival season in India is widely spread. We have discussed several events and festivals in February to make the people aware. We would feel glad if you would like it.