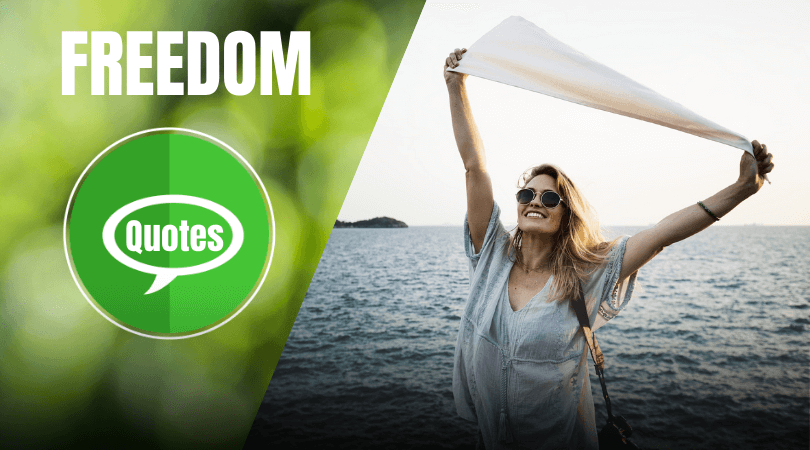 Freedom is totally dependent upon free will and self-determination, balanced by moral responsibility. It is not just a word or right that can be enjoyed by the person but an essential element that includes the right of every individual. This term has a broader scenario and is more philosophical than fundamental in nature. It includes independence of conscience or ideas.

Each one of us wishes to live a life that is free from any hurdles and barriers. No one wants to be caged. Independence is the topmost priority of all. Whether it is a bird, animal, insect, or human being, each living thing desires to live an independent life. Imagine yourself locked in a room, where there is no space to breathe or move, then how will you survive? So the same goes for the animals & birds as well. The feelings which you have when you are locked, the same feelings are experienced by other living species as well.

Hence, it is very clear that we all love to live a life where we are free to express ourselves and our thoughts without any hesitation.

So come, let’s explore some of the most inspiring Freedom Quotes to make you fly like a free bird. 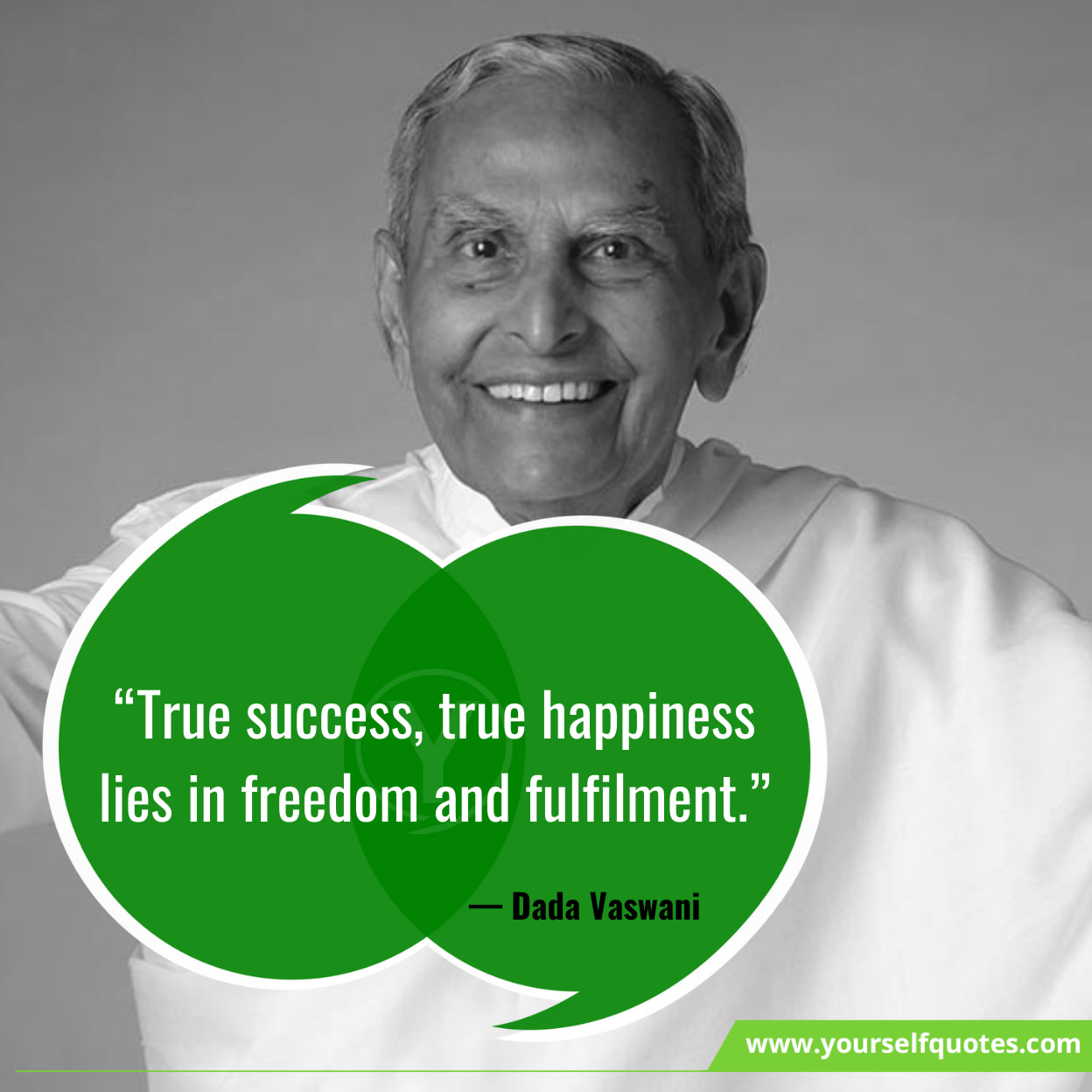 “freedom is the oxygen of the soul.” — Moshe dayan

“Freedom is the will to be responsible to ourselves.” — Friedrich Nietzsche

“freedom gives you the ability to look beyond the anxiety mindset.”

“Education is the key to unlock the golden door of freedom.” — George Washington Carver

“Freedom of the press is limited to those who own one.” — H. L. Mencken

“Freedom is the right to tell people what they do not want to hear.” — George Orwell

“Freedom cannot be bestowed — it must be achieved.” — Elbert Hubbard

“The most courageous act is still to think for yourself. ”

“There is no such thing as freedom of choice unless there is the freedom to refuse.” — David Hume

“The hardest prison to escape is in your mind.”

“Realization of being a Slave is the First Step towards Freedom.”

“Freedom does not mean being free of something, but to be free to do something.” — Angela Merkel

“Those who deny freedom to others deserve it not for themselves.” — Abraham Lincoln 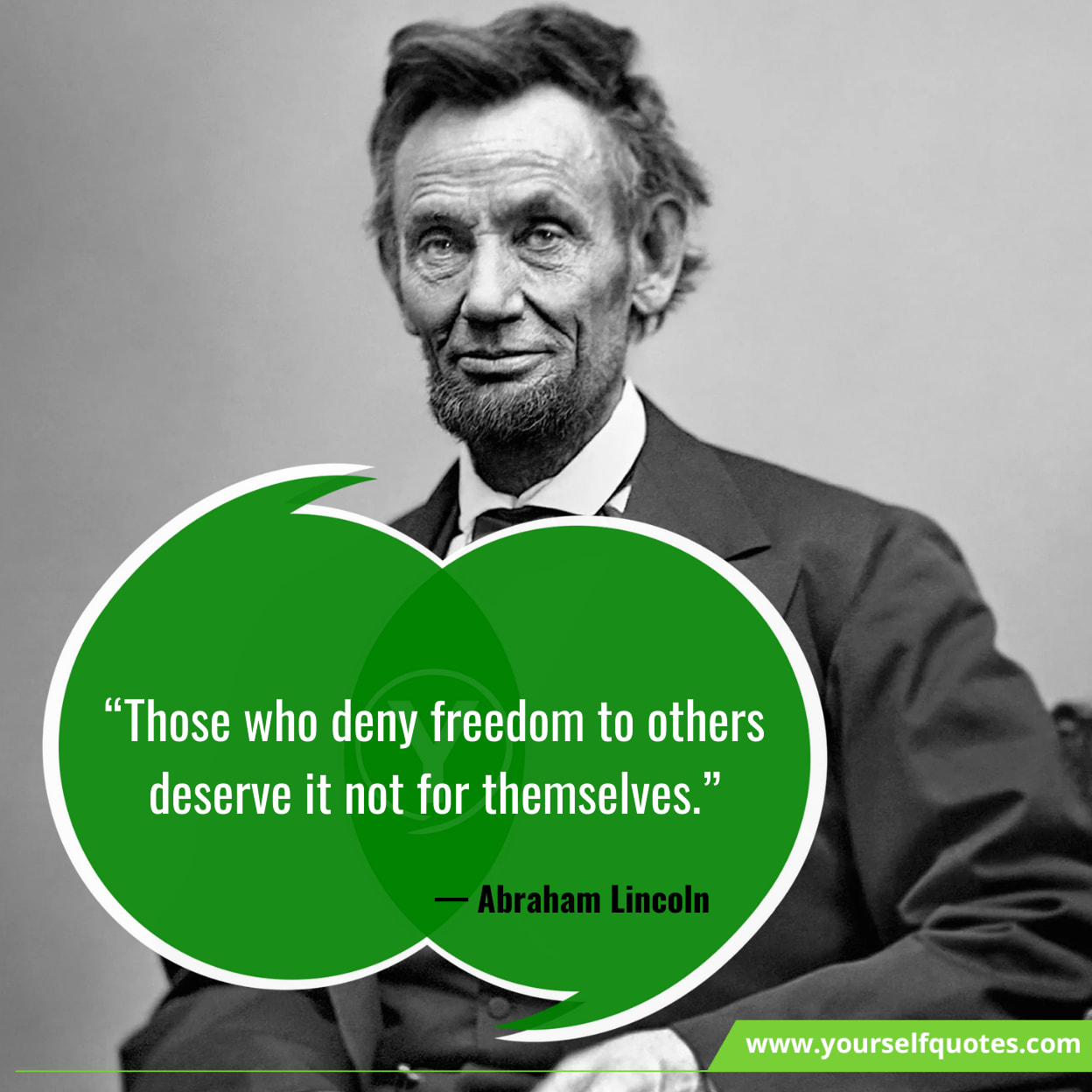 “Everything that is really great and inspiring is created by the individual who can labour in freedom.” — Albert Einstein

“Freedom does not mean being free of something, but to be free to do something.” — Angela Merkel

“Freedom is the right to question and change the established way of doing things.” — Ronald Reagan

“A friend is someone who gives you total freedom to be yourself.” — Jim Morrison

“When I discover who I am, I’ll be free.” — Ralph Ellison

“Life without liberty is like a body without spirit.” — Kahlil Gibran

“We must be free not because we claim freedom, but because we practice it.” — William Faulkner

“To find yourself, think for yourself.” — Socrates

“Freedom cannot be bestowed — it must be achieved.” — Elbert Hubbard

“True freedom is an inward state of being. Once it is attained, no situation in the world can bind one or limit one’s freedom.” — Jack Canfield

“All religions, arts, and sciences are branches of the same tree. All these aspirations are directed toward ennobling man’s life, lifting it from the sphere of mere physical existence and leading the individual towards freedom.” — Albert Einstein

“No one gives us freedom, it is just the thing is given by us to ourselves.”

“Let go of your attachment to being right, and suddenly your mind is more open. You’re able to benefit from the unique viewpoints of others, without being crippled by your own judgment.” — Ralph Marston 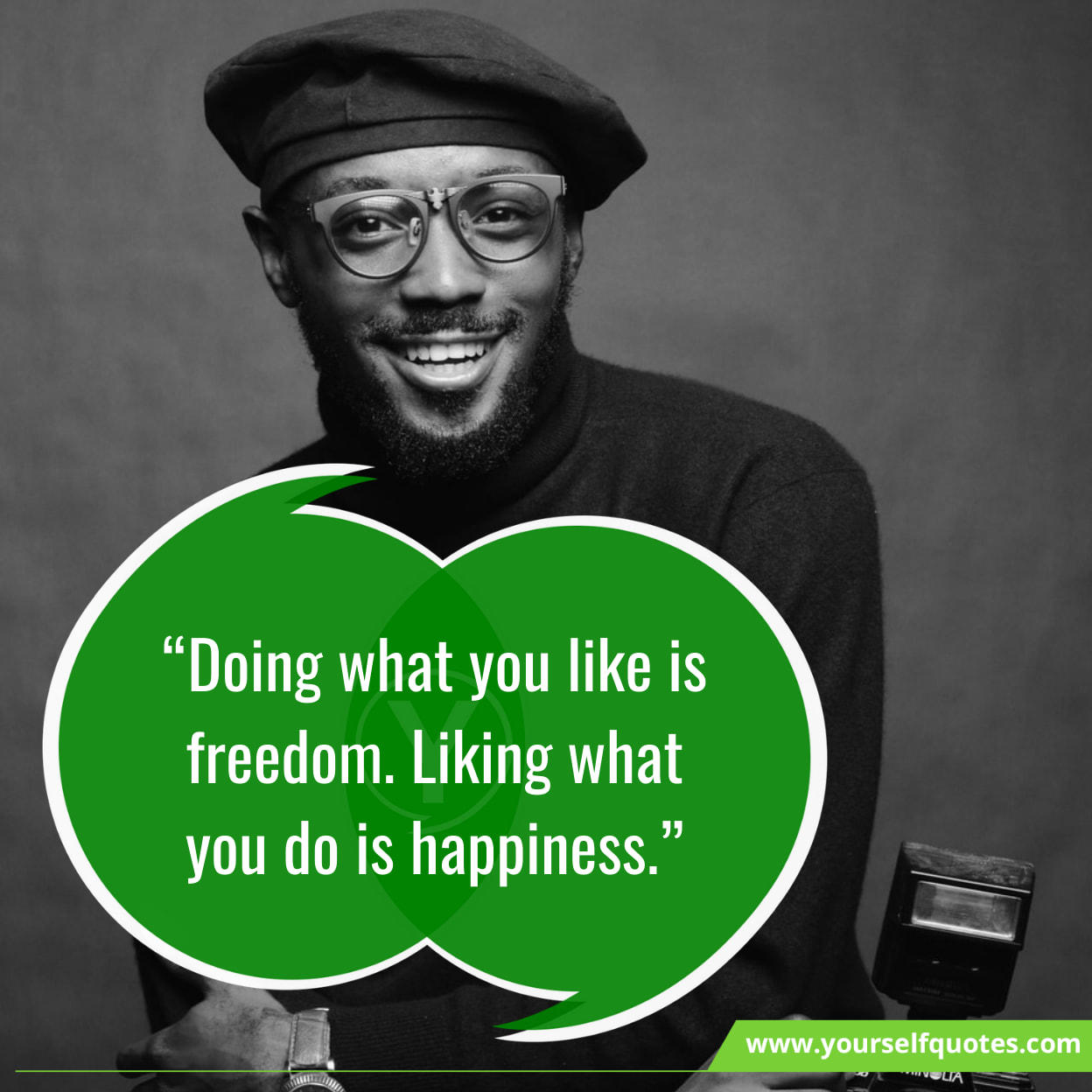 “Expose yourself to your deepest fear; after that, fear has no power, and the fear of freedom shrinks and vanishes. You are free.” — Jim Morrison

“Freedom deserves a fight and every fight deserves freedom!”

“The great efforts to move our lives forward always come down to a new moment when we interrupt our fear and activate our freedom by choosing how to feel, interpret, and direct our lives.” — Brendon Burchard

“The most insidious threat to freedom are good men, well-meaning, but lacking wisdom.”

“True liberty and freedom lies in authenticity to self and loving it!”

“The price of freedom is eternal vigilance.” — Phil Plait

“As soon as we left the ground, I knew I had to fly.” — Amelia Earhart

“No man is good enough to govern another man without his consent.” — Abraham Lincoln

“Freedom is dearer than bread or joy.” — Jessie E. Sampter

“After you get your freedom, your enemy will respect you.” — Malcolm X

“Freedom is the power to say no.” — James Clear

“No one outside ourselves can rule us inwardly. When we know this, we become free.” — Buddha

“Freedom is nothing else but a chance to be better.” — Albert Camus

“The only real prison is fear, and the only real freedom is freedom from fear.” — Aung San

“Our greatest freedom is the freedom to choose our attitude.” 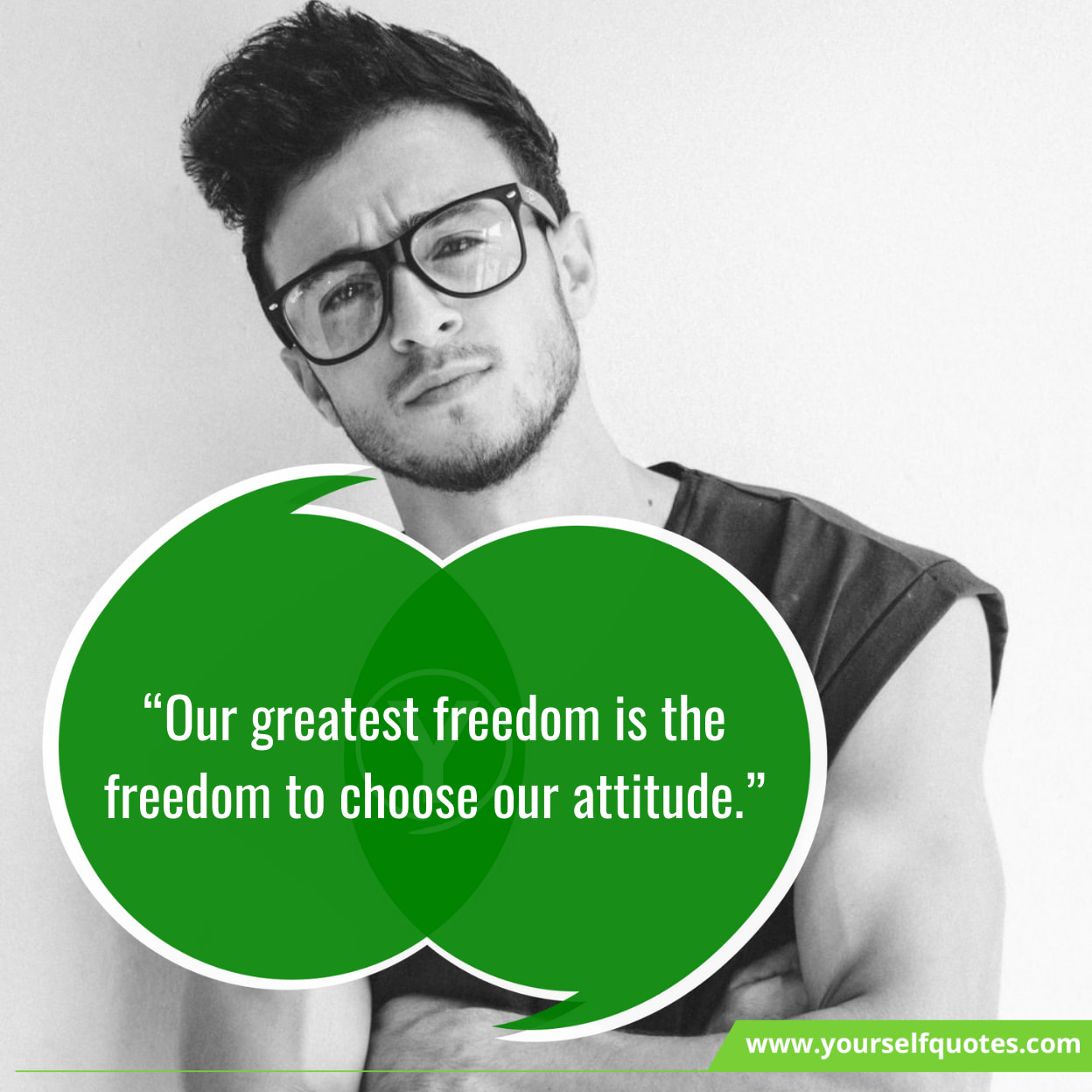 “A man who believes in freedom will do anything under the sun to acquire, or preserve his freedom.” — Malcolm X

“Freedom is not worth having if it does not include the freedom to make mistakes.” — Mahatma Gandhi

“When you truly don’t care what anyone else thinks of you, you have reached a dangerously awesome level of freedom.”

“Freedom is the oxygen of the soul.” — Moshe Dayan

“Without freedom, there can be no morality.” — Carl Jung

“If you cannot be free, be as free as you can” — Ralph Waldo Emerson

“Freedom consists not in doing what we like, but in having the right to do what we ought.” — Pope John Paul II

“When we lose the right to be different, we lose the privilege to be free.” — Charles Evans Hughes

“It’s not the money I’m after it’s the freedom to live life on my own terms.”

“Liberty, when it begins to take root, is a plant of rapid growth.” — George Washington

“Freedom is just another word for nothing left to lose.”

“Here is my secret: I don’t mind what happens.” — Jiddu Krishnamurti

“I know but one freedom, and that is the freedom of the mind.” — Antoine de Saint-Exupery

“Freedom, in any case, is only possible by constantly struggling for it.” — Albert Einstein

“Freedom is the will to be responsible to ourselves.” — Friedrich Nietzsche

“The desire for gold is not for gold. It is for the means of freedom and benefit.” — Ralph Waldo Emerson

“Freedom gives you the freedom to live on your own moral desires.”

“The only way to deal with an unfree world is to become so absolutely free that your very existence is an act of rebellion.” — Albert Camus

“Freedom gives you the ability to look beyond the anxiety mindset.”

“Freedom of the press is limited to those who own one.” — H. L. Mencken

“Any fool can make a rule, and any fool will mind it.” — Henry David Thoreau

“To enjoy the freedom, we have to control ourselves.” — Virginia Woolf

“Freedom is enough to tell you the best and new form of your life.”

“The best freedom is being yourself.” — Jim Morrison

Freedom is all in our minds. No one has the right to put you behind a cage and steal your independence from you. All you deserve is freedom of thoughts, freedom of speech, and complete freedom to express yourself.

Never let anyone harm or steal your rights from you. You are the only sole person responsible to keep your rights protected and make the best use of them in whatever way you want. It’s good to be influenced by others, but not let yourself be so influenced by others, that you feel suffocated. So the best practice would be to enjoy your freedom and fight for your rights because no one else will fight for it. You will have to take a stand for yourself.

At last, I hope you enjoyed reading about Freedom. If yes, then do share these inspiring Freedom Quotes Images with your family, friends, and loved ones.

Which are your favorite Freedom Quotes? Leave a comment below.

Best Gracious Quotes to Inspire a Life of Gratitude

Robin Williams Quotes That Will Make You Laugh Out Loud