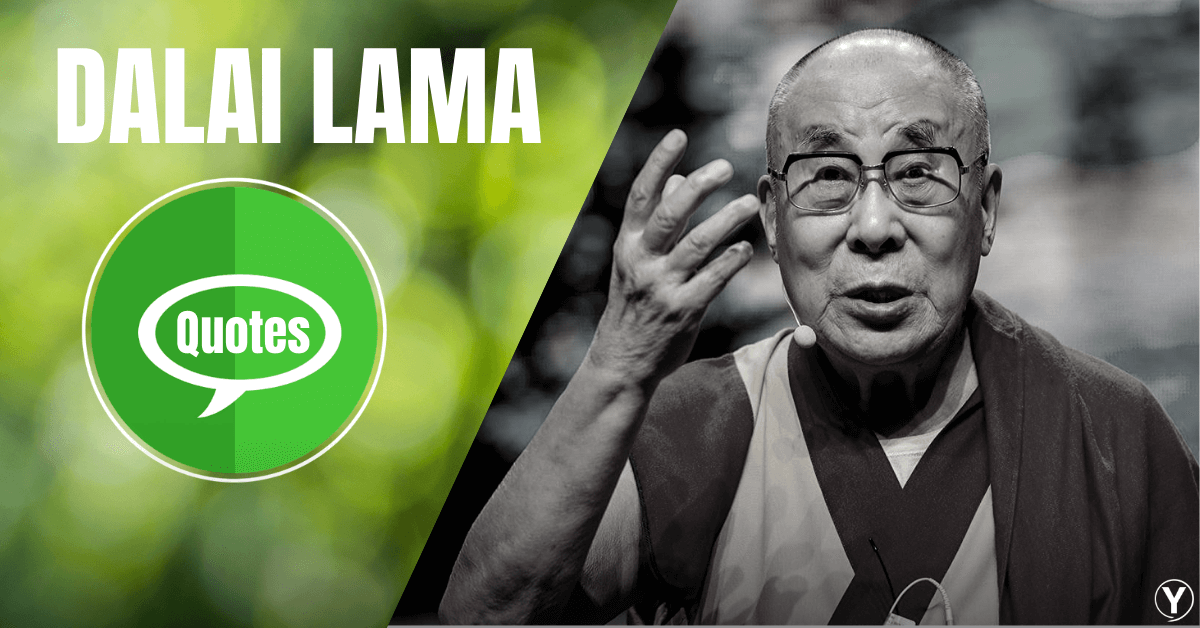 A simple Buddhist Monk and a spiritual leader, Lhamo Thondup was born on 6th July 1935, in Taktser, China, northeast of Tibet. Later on, Lhamo Thondup was renamed Tenzin Gyatso. And then at the age of two years, he was recognized as the reincarnation of the previous 13th Dalai Lama, Thubten Gyatso.

The Dalai Lamas are considered to be the demonstrations of Avalokiteshvara or Chenrezig, the Bodhisattva of Compassion and the patron saint of Tibet. Bodhisattvas are realized beings inspired by a wish to attain Buddhahood for the benefit of all sentient beings, who have vowed to be reborn in the world to help humanity.

He proposed a 5-Point Peace Plan for Tibet on 21st September 1987 in an address to members of the United States Congress in Washington, DC as the first step towards a peaceful solution to the worsening situation in Tibet.

Dalai Lama is a man of peace. In 1989, the holy man was awarded the Noble Peace Prize for his non-violent struggle for the liberation of Tibet. He became the first Noble Laureate to be recognized for his concern for global environmental problems.

The spiritual leader is full of wise words and full of positivity-filled attitude. His words are as noble and peaceful as him. So let’s have a look at the noble Quotes by Dalai Lama.

“If you think you are too small to make a difference, try sleeping with a mosquito.” – Dalai Lama

“Do not let the behavior of others destroy your inner peace.” — Dalai Lama 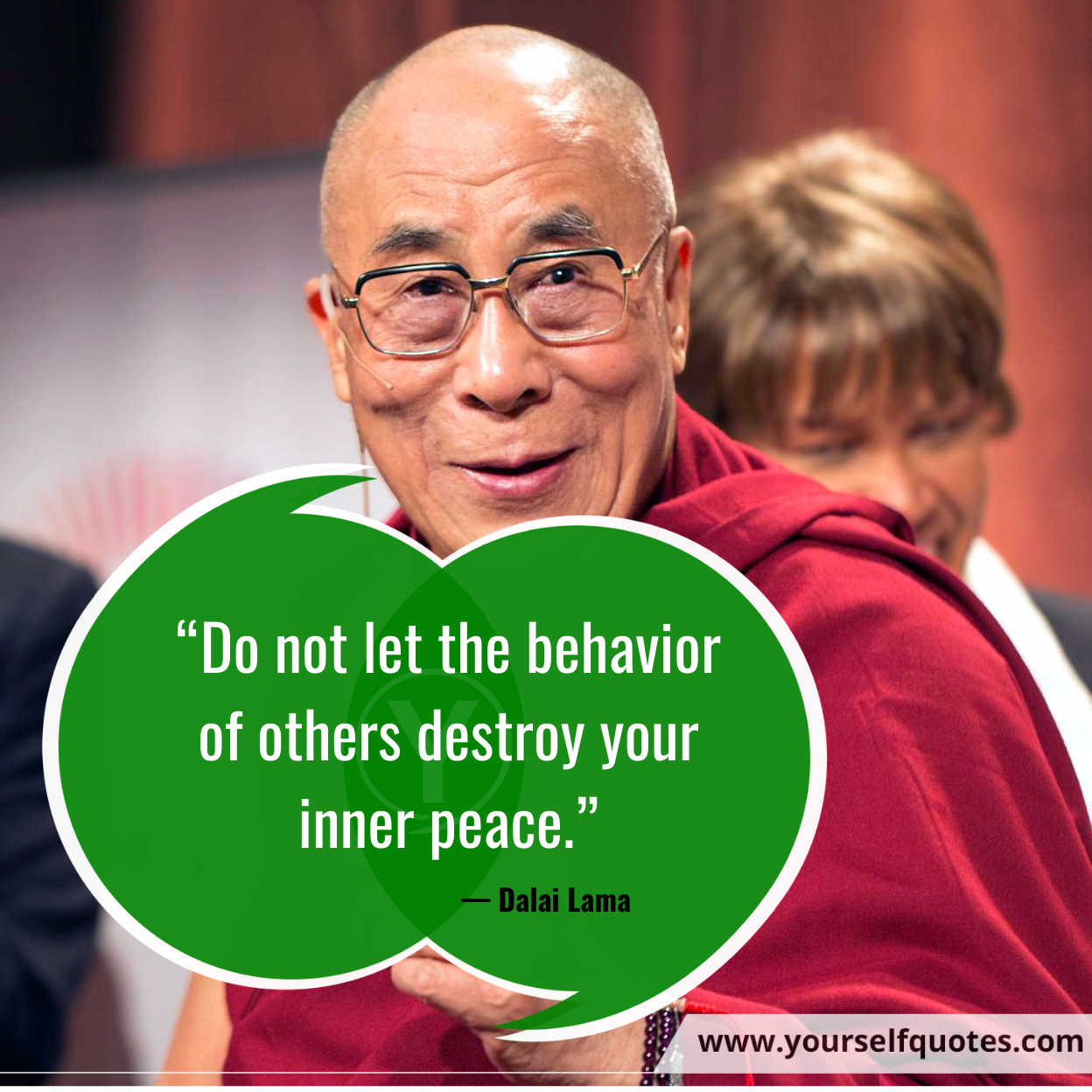 “Love and compassion are necessities, not luxuries. Without them, humanity cannot survive.” — Dalai Lama 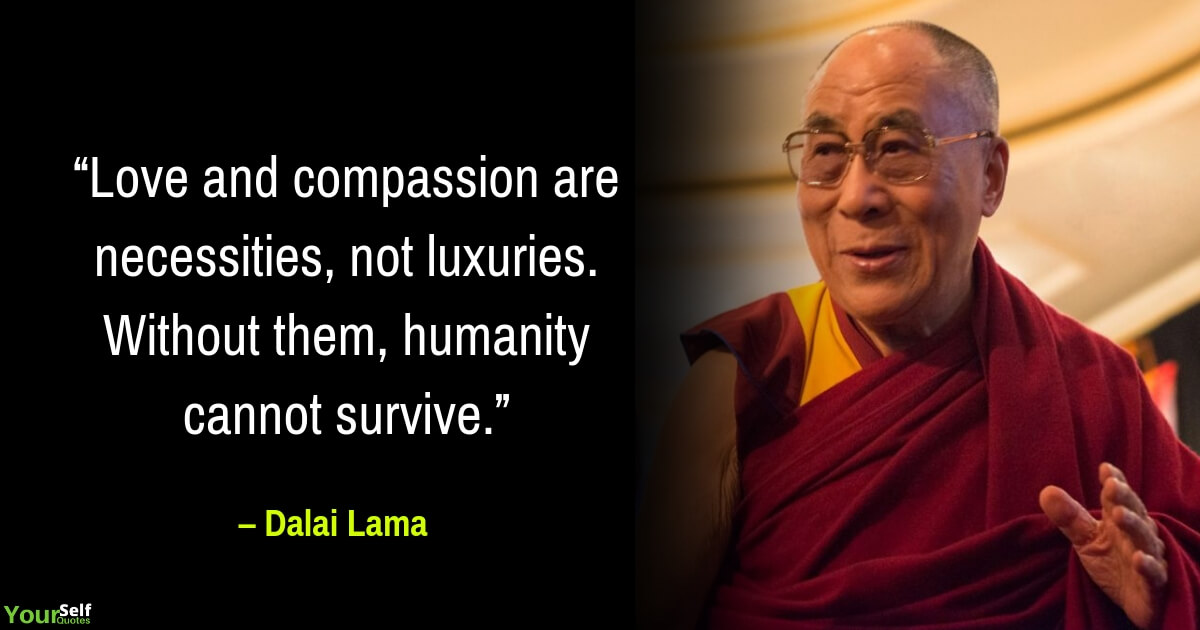 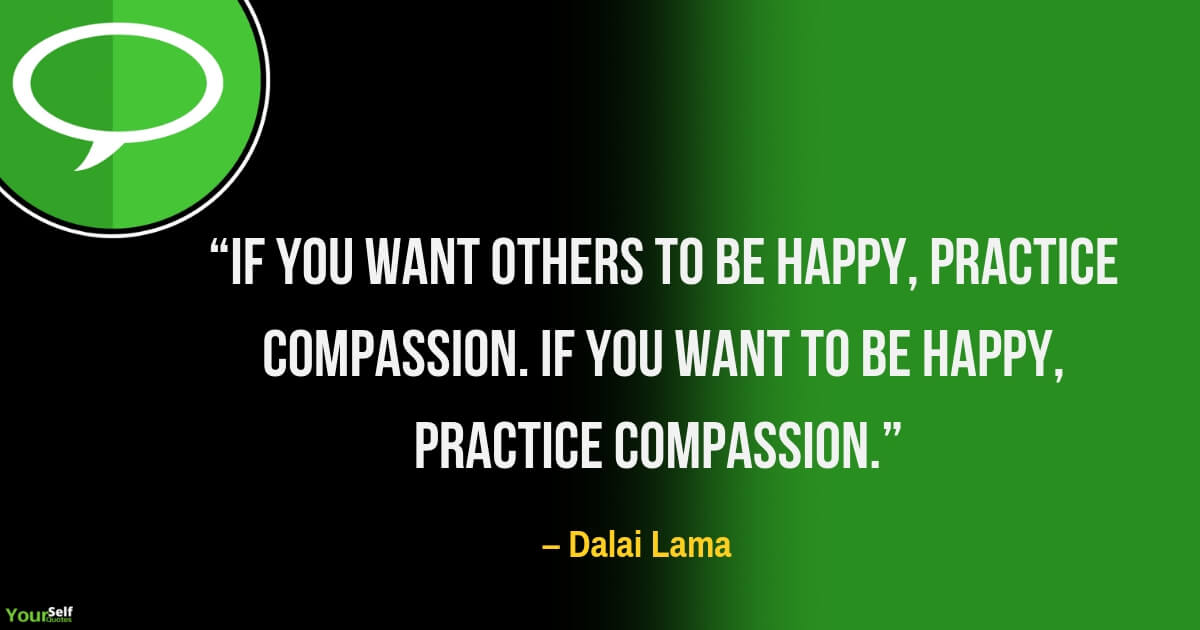 “Open your arms to change, but don’t let go of your values.” – Dalai Lama 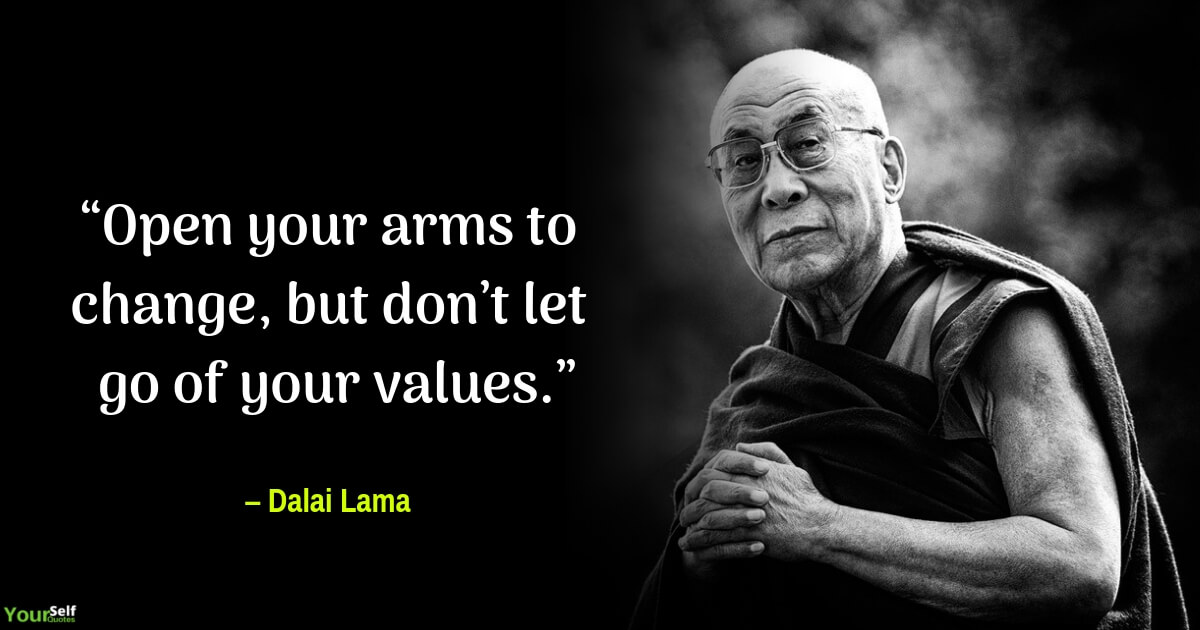 “We are all here on this planet as tourists. None of us can live here forever.” – Dalai Lama

“Happiness is not something readymade it comes from your own actions.” – Dalai Lama 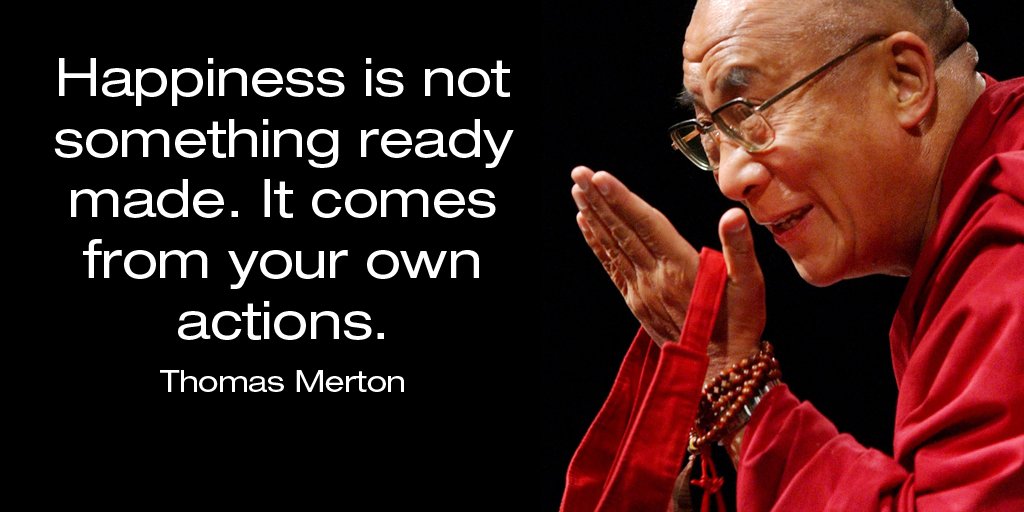 “In order to carry a positive action, we must develop here a positive vision.” – Dalai Lama 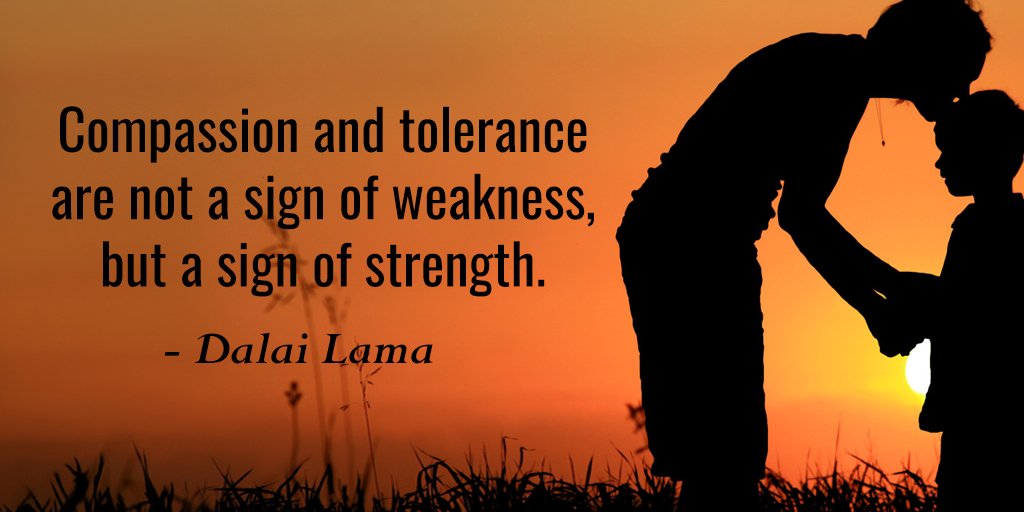 “We can never obtain peace in the outer world until we make peace with ourselves.”

“Remember that not getting what you want is sometimes a wonderful stroke of luck.” – Dalai Lama 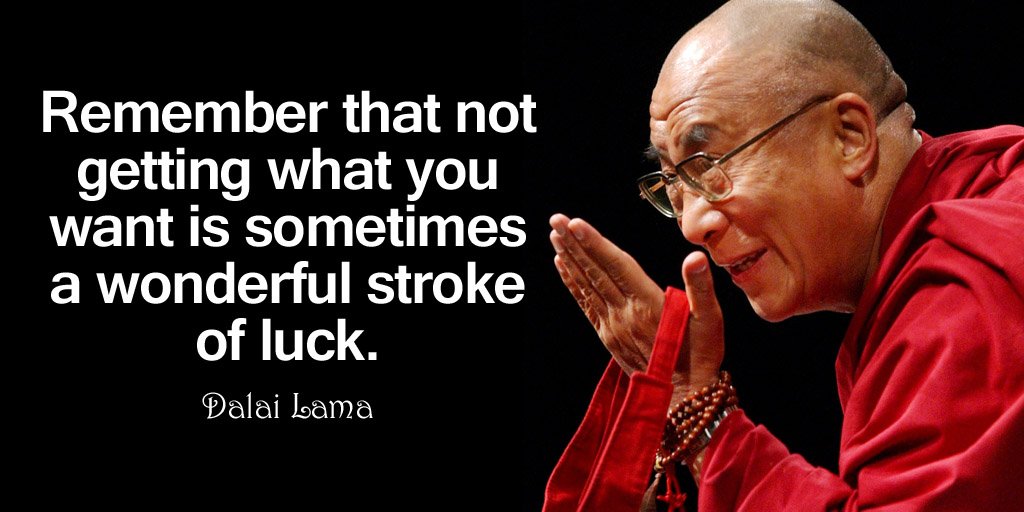 “With the realization of one’s own potential and self-confidence in one’s ability, one can build a better world.”

“Choose to be optimistic, it feels better.” – Dalai Lama 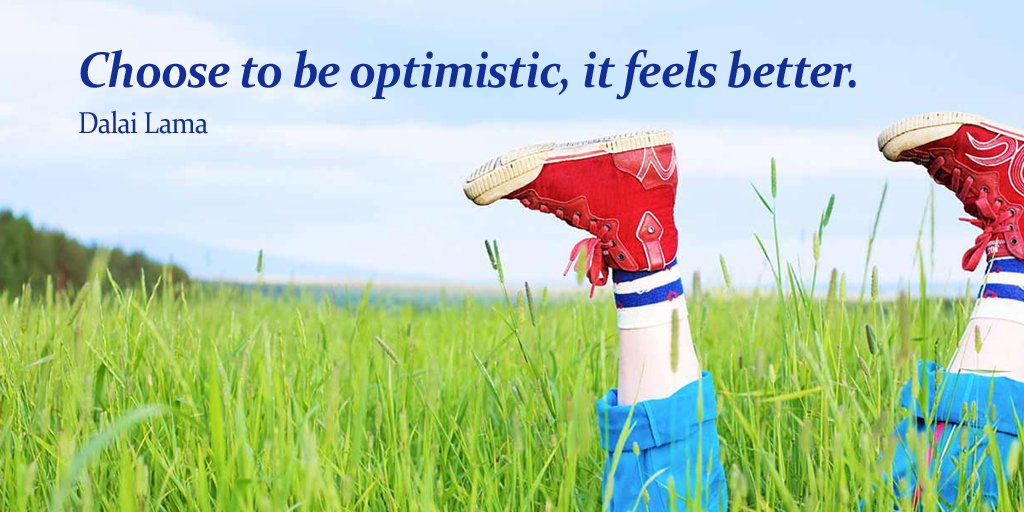 “The planet does not need more successful people. The planet desperately needs more peacemakers, healers, and lovers of all kinds.” – Dalai Lama

“When you talk, you are repeating what you already know. But if you listen, you may learn something new.”

“Choose to be optimistic, it feels better.” – Dalai Lama 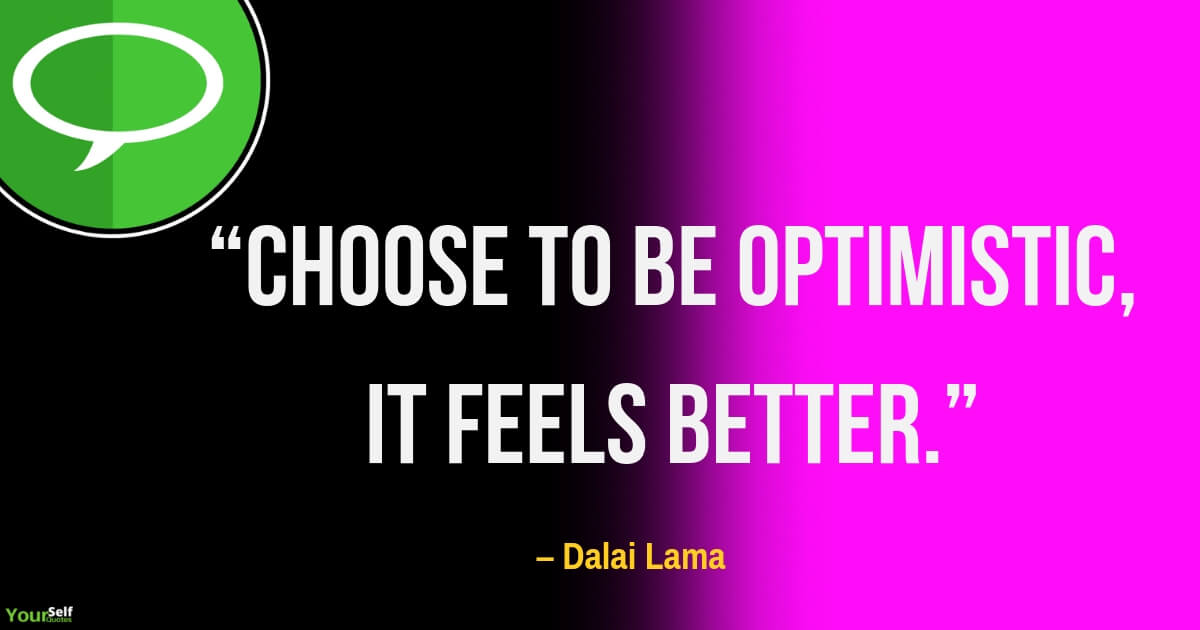 “Live a good, honorable life. Then when you get older and think back, you’ll be able to enjoy it a second time.”

“Judge your success by what you had to give up in order to get it.” – Dalai Lama 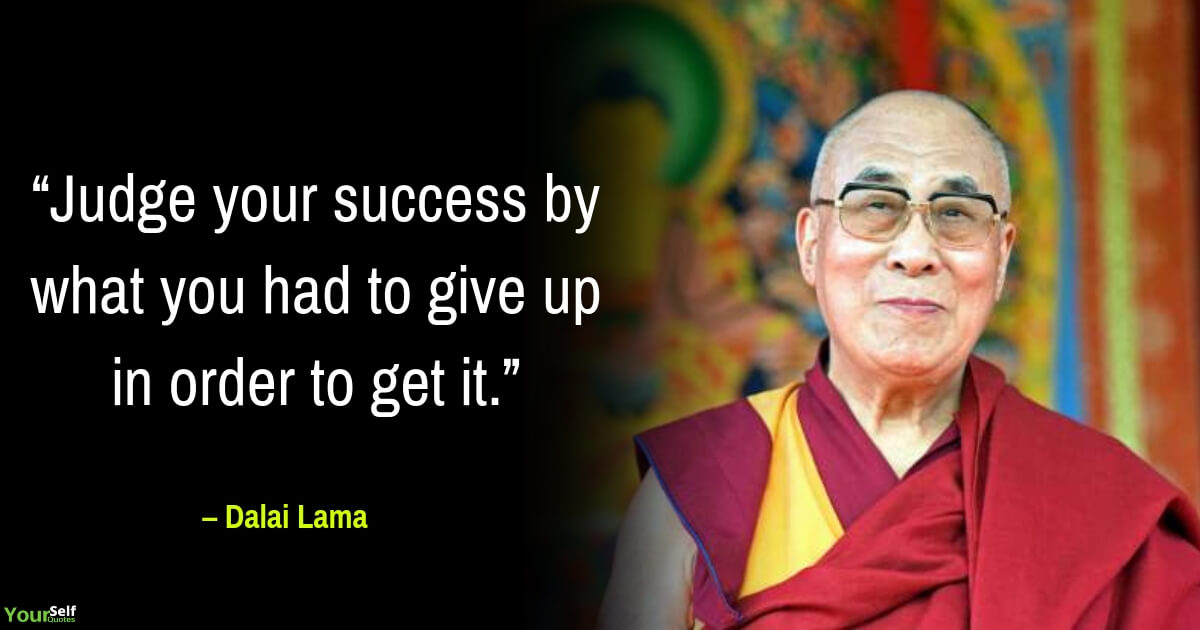 “Peace only last where human rights are respected, where the people are fed, and where individuals and nations are free.”

“The goal is not to be better than the other man, but your previous self.” – Dalai Lama 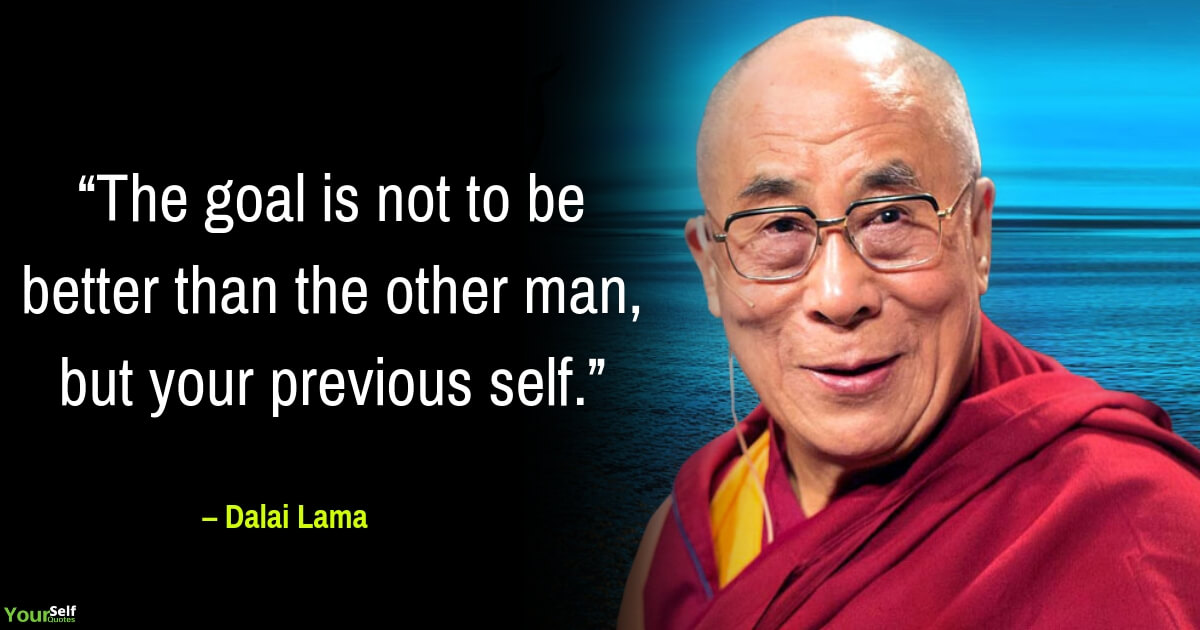 “Instead of wanting more, give thanks for the blessings you already have.”

“Be kind whenever possible. It is always possible.” – Dalai Lama 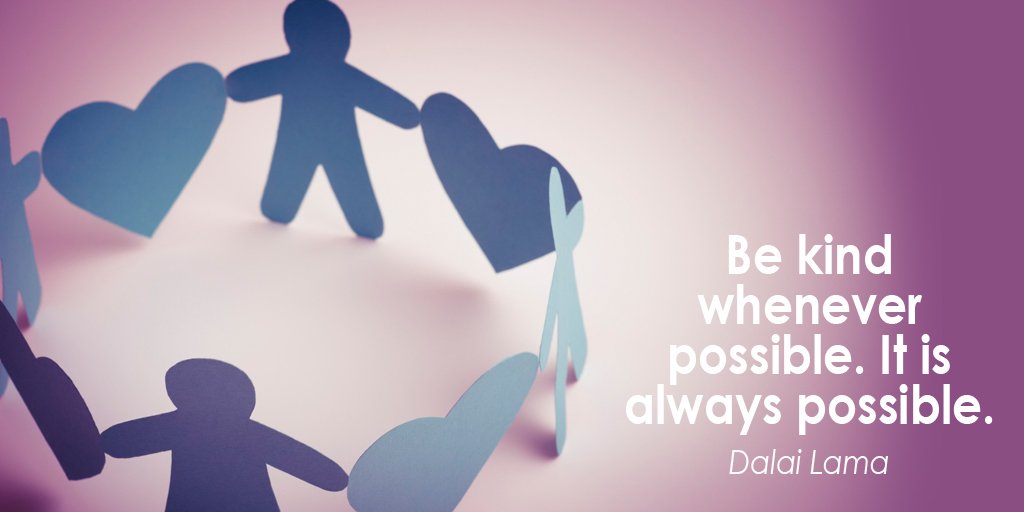 “Remember that sometimes not getting what you want is a wonderful stroke of luck.” – Dalai Lama 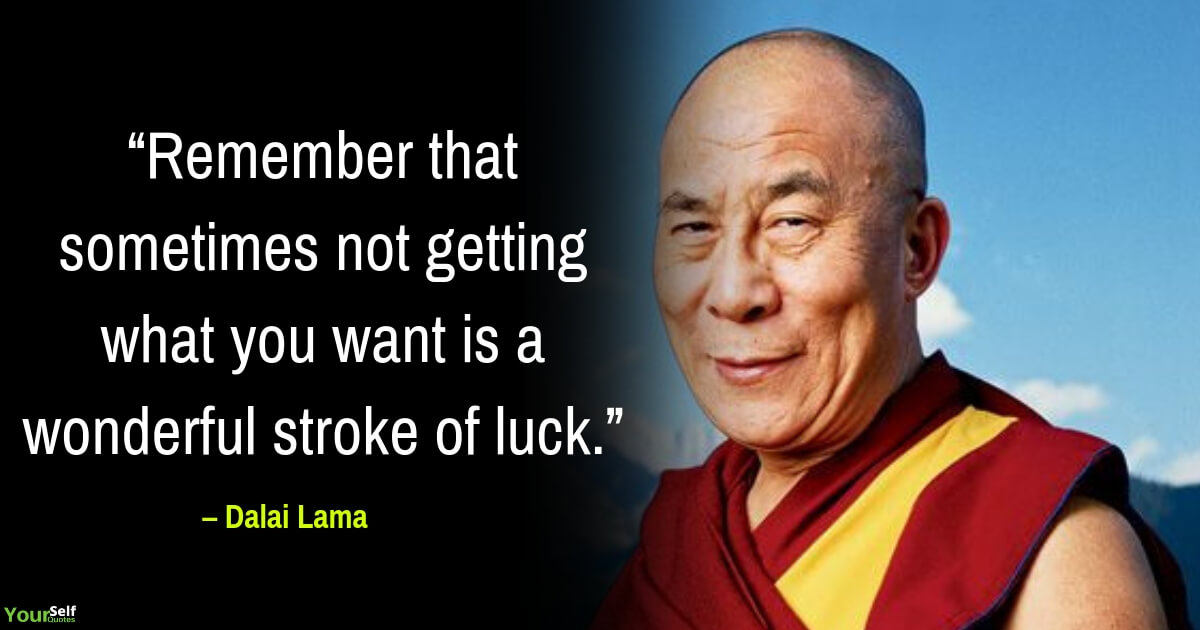 “There are only two days in the year that nothing can be done. One is called yesterday and the other is called tomorrow, so today is the right day to love, believe, do and mostly live.”– Dalai Lama

“Don’t let the behavior of others destroy your inner peace.” – Dalai Lama 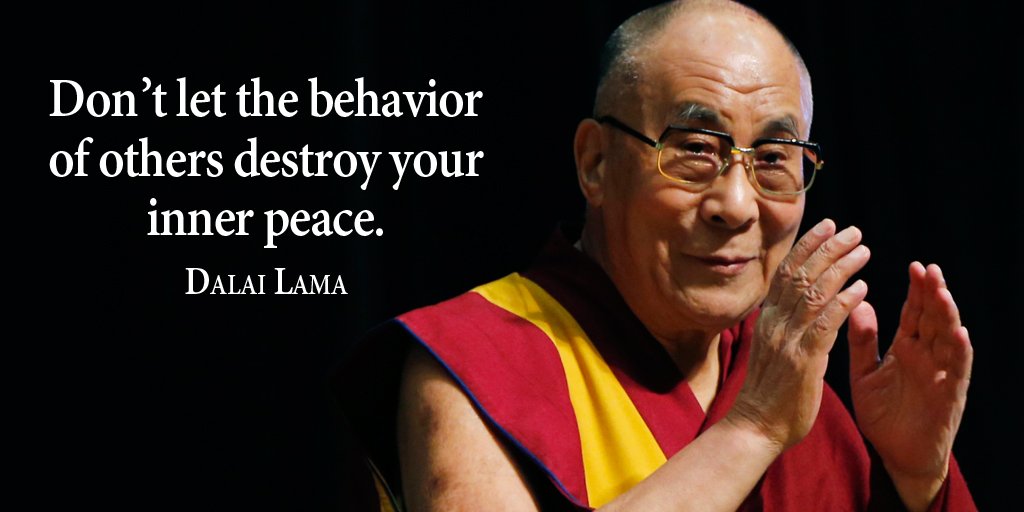 “We can let the circumstances of our lives harden us so that we become increasingly resentful and afraid, or we can let them soften us, and make us kinder. You always have the choice.”

“The roots of all goodness lie in the soil of appreciation for goodness.” – Dalai Lama 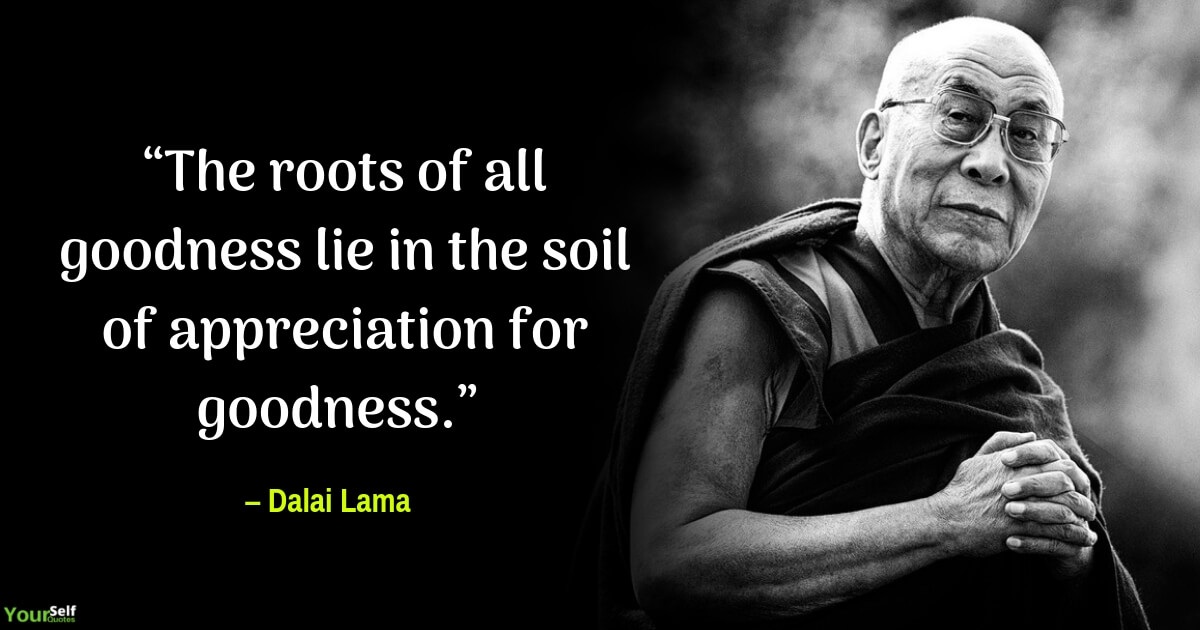 “The challenge today is to convince people of the value of truth, honesty, compassion,

and concern for others.” – Dalai Lama

“In the practice of tolerance, one’s enemy is the best teacher.”– Dalai Lama 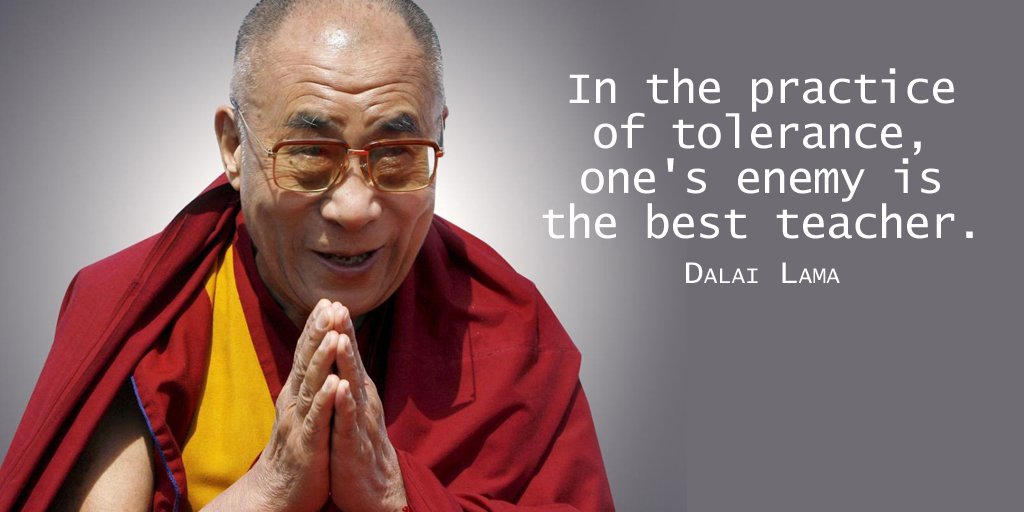 The spiritual monk and Buddhist leader, Dalai Lama has traveled to more than 67 countries. He has received more than 150 awards, honorary doctorates, prizes, etc. in appreciation of his message of peace, non-violence, inter-religious understanding, universal responsibility, and compassion. He also wrote more than 100 books.

Dalai Lama shared the message of peace and non-violence with the world through his positive words in quotes. You can share out these words of positivity with your family & friends.