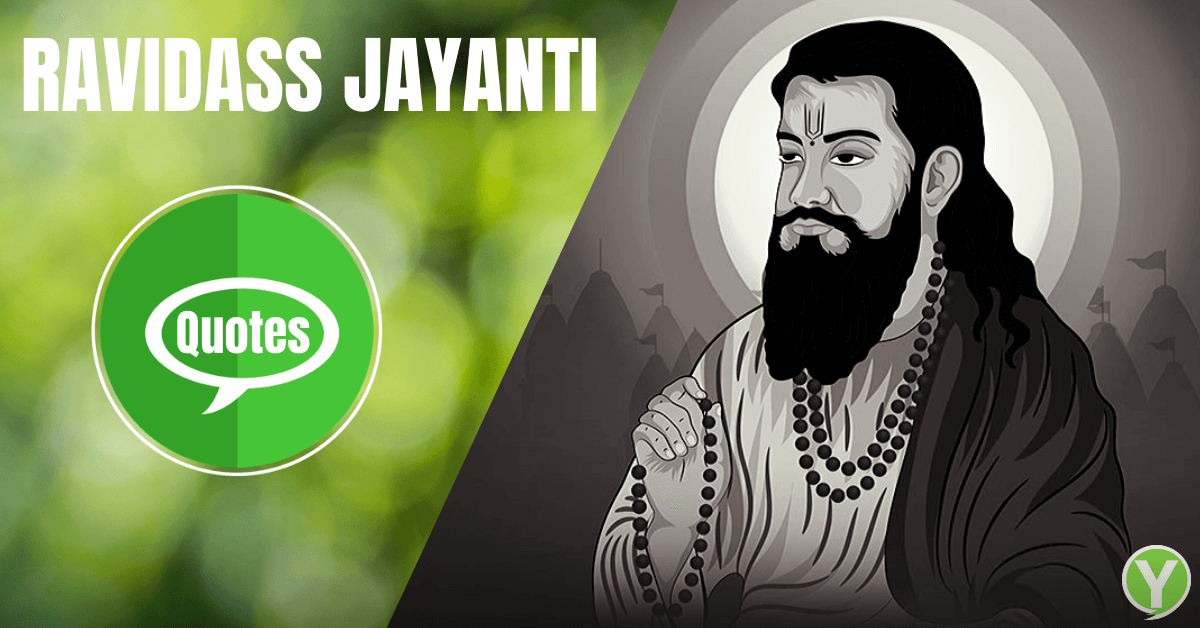 Guru Ravidas was one of the most spiritual Indian mystic poet-saint of the Bhakti Movement during the 15th to 16th century CE. Every year on the day of the full moon, in the Magh month his birth anniversary is celebrated as Guru Ravidas Jayanti.

Guru was born on Magh Purnima, the full moon day in the Magh month near Varanasi, Uttar Pradesh, India. His birthplace is now known as Shri Guru Ravidas Janam Asthan.

Guru was born to Mata Ghurbinia and Raghuram. His family was considered schedule-caste because of his parents belonging to a leather-working Chamar community.

The great saint is well-known by many other names such as Raidas, Rohidas, and Ruhidas. He was idolized as a teacher (GURU) in the region of Punjab, Uttar Pradesh, Rajasthan, Maharashtra, and Madhya Pradesh. He was a renowned poet-saint, social reformer, and spiritual figure.

His devotional songs left an ever-lasting impact upon the bhakti movement. His songs were beautifully crafted in the Sikh scriptures, Guru Granth Sahib. The devotional lyrics are still sung by the masses today.

The famous Guru is cherished as a saint and well-recognized by his large number of followers. The people count him as a living symbol of religious protest. and not as the spiritual symbol of any ultimate unifying cultural principle.

On the day of his Jayanti every year, people take a holy dip in the River Ganges. Early morning celebration begins in the various parts of the country where his devotees chant sacred hymns and kirtans are organized at a large scale. His devotees visit holy places and worship Guru in order to gain his blessings. This day is considered one of the most important Hindu celebrations.

This year Guru Ravidas Jayanti is falling on 27th February 2021.

As the Jayanti is approaching soon, so let’s check out some of the most devoted Guru Ravidas Jayanti Quotes.

“May you find solace from your spiritual Guru, Happy Guru Ravidas Jayanti.” 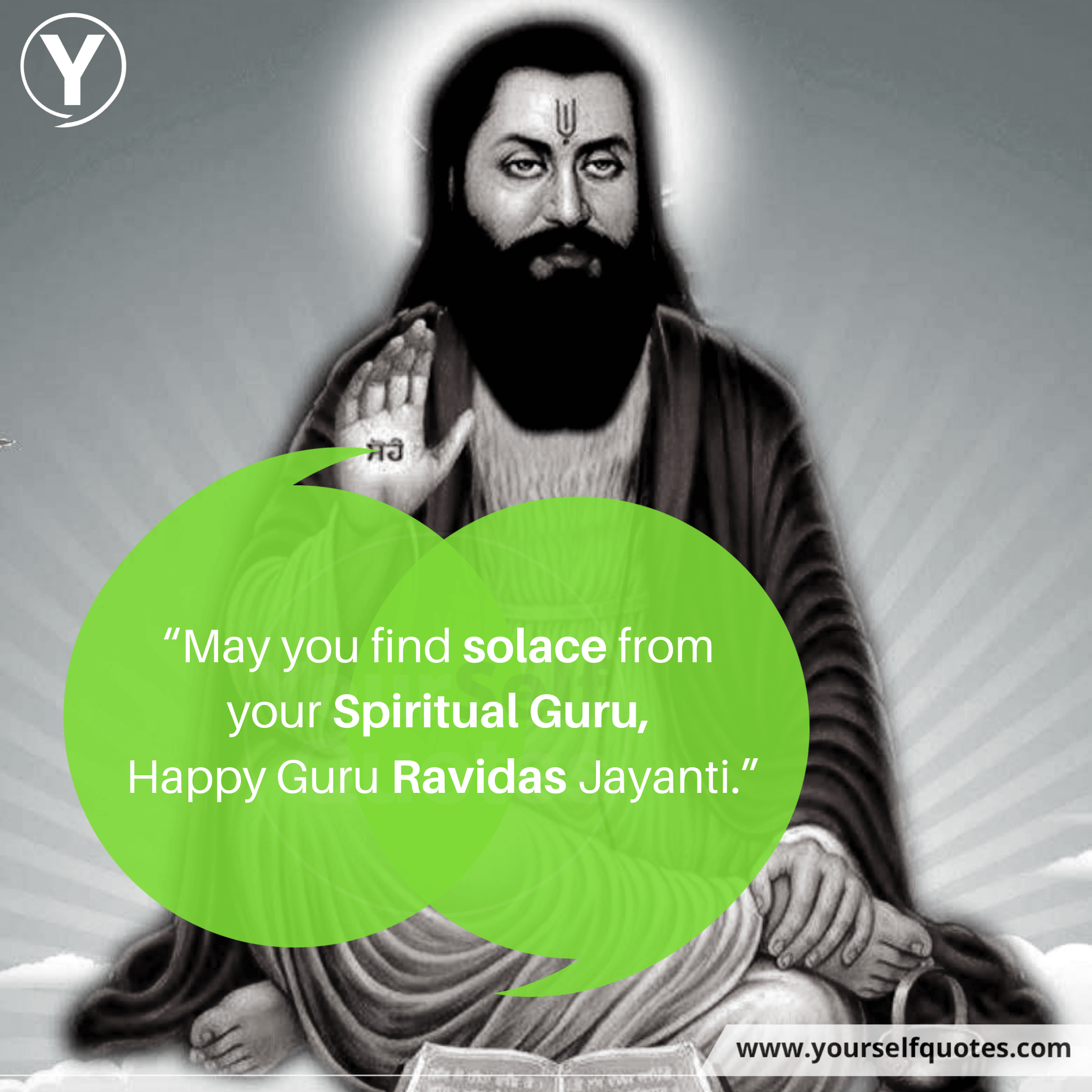 “Surrender yourself to the lord with your heart and soul. You will enjoy peace and pleasure. Happy Guru Ravidas Jayanti.” 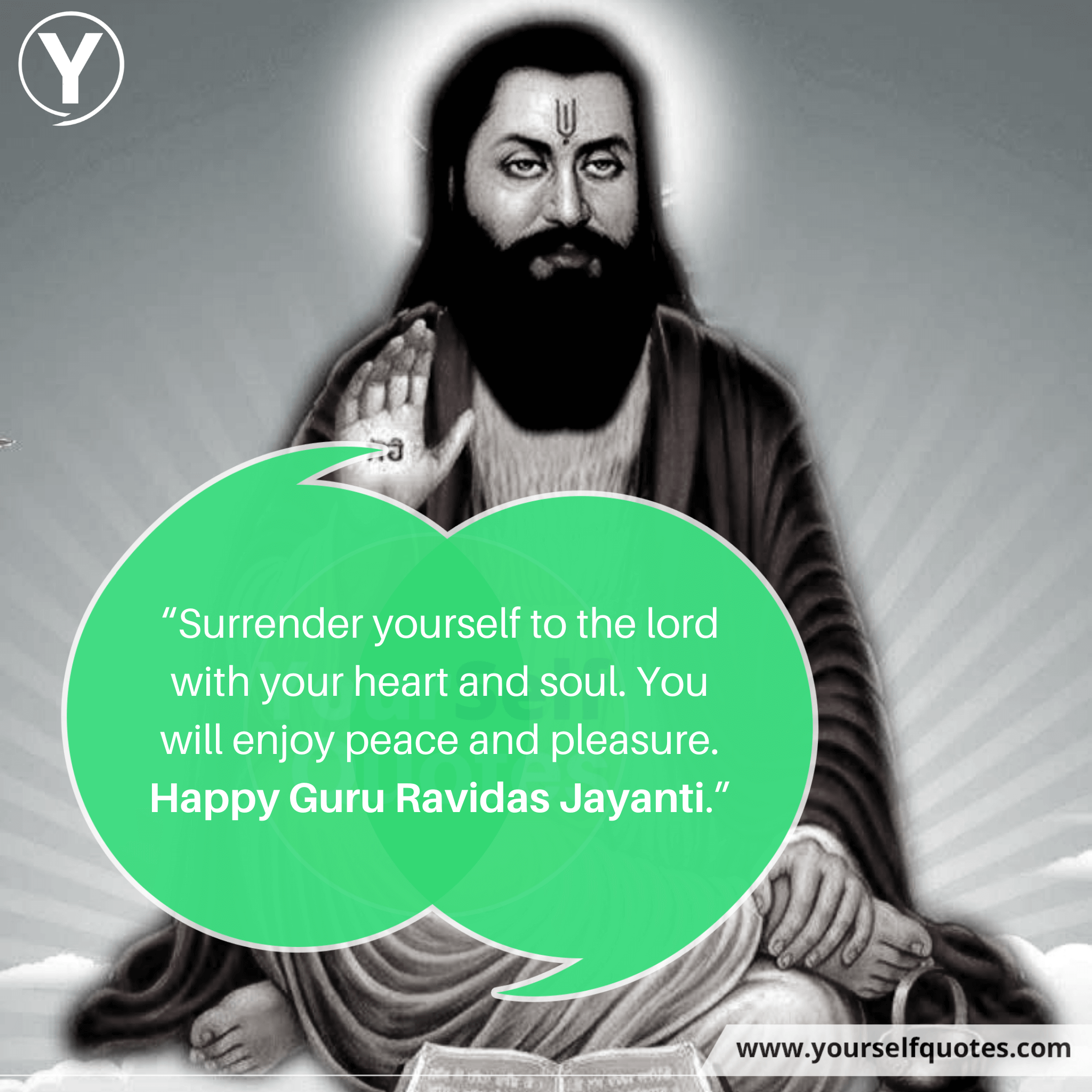 “If your heart is pure, the water in your bath tub is holy water. You need not go anywhere to take a holy dip. Happy Guru Ravidas Jayanti.” 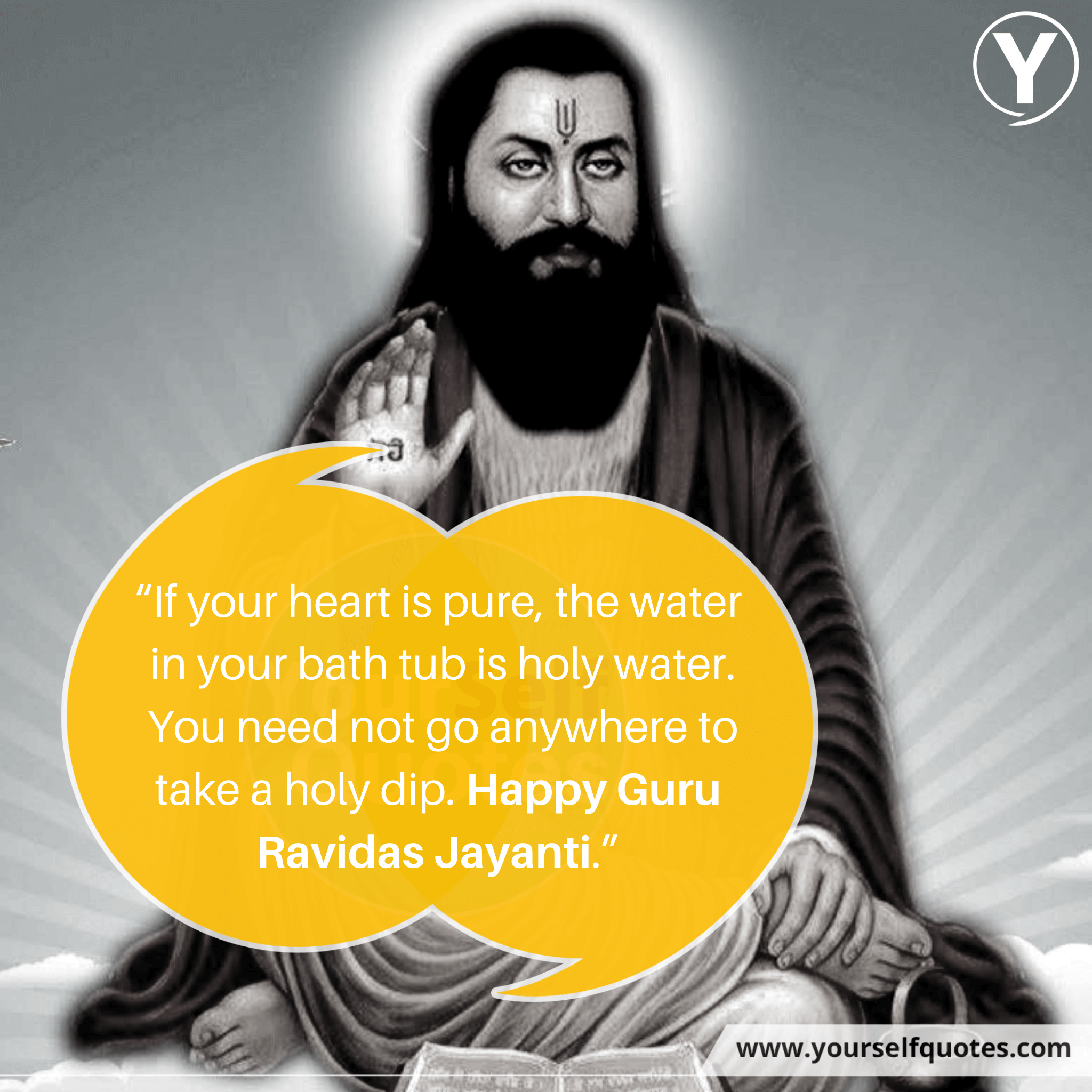 “Wish you and your family a very happy Guru Ravi Das jayanti. May guruji shower his blessings on your entire family.” 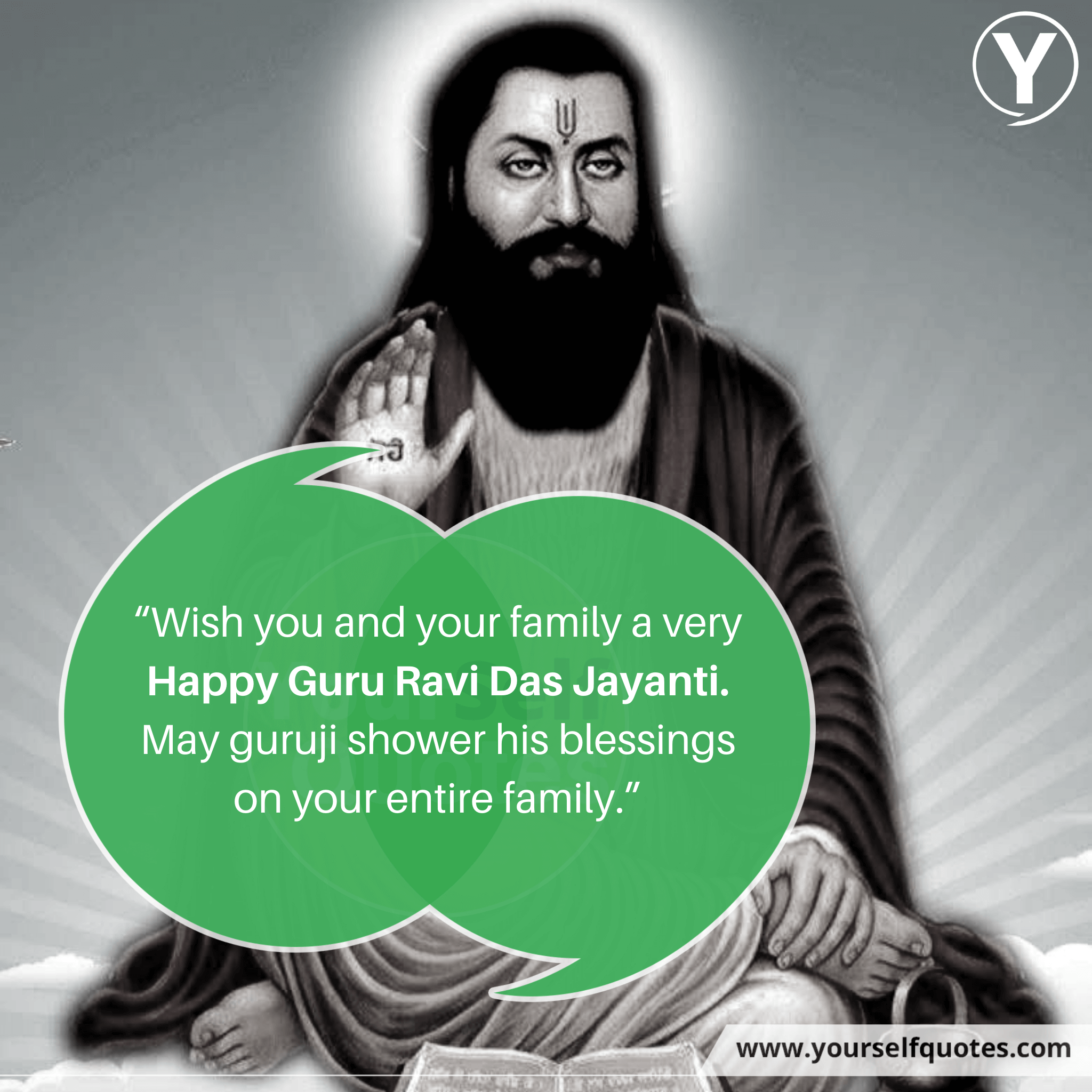 “You show us thee light of wisdom and drive away the darkness of foolishness. Happy Guru Ravidas Jayanti.” 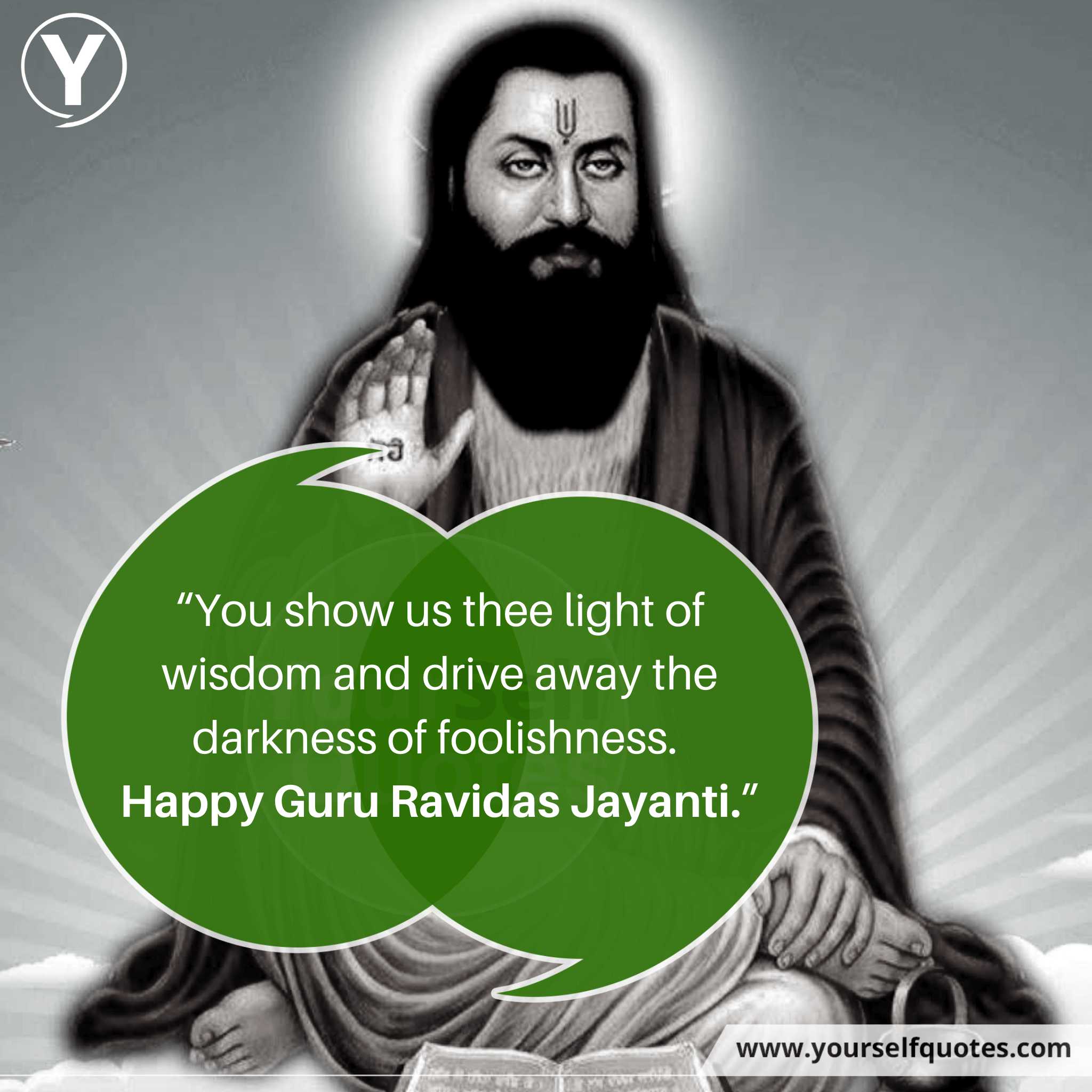 “Let no man in the world live in delusion. Without a Guru none can cross over to the other shore. Happy Guru Ravidas Jayanti.” 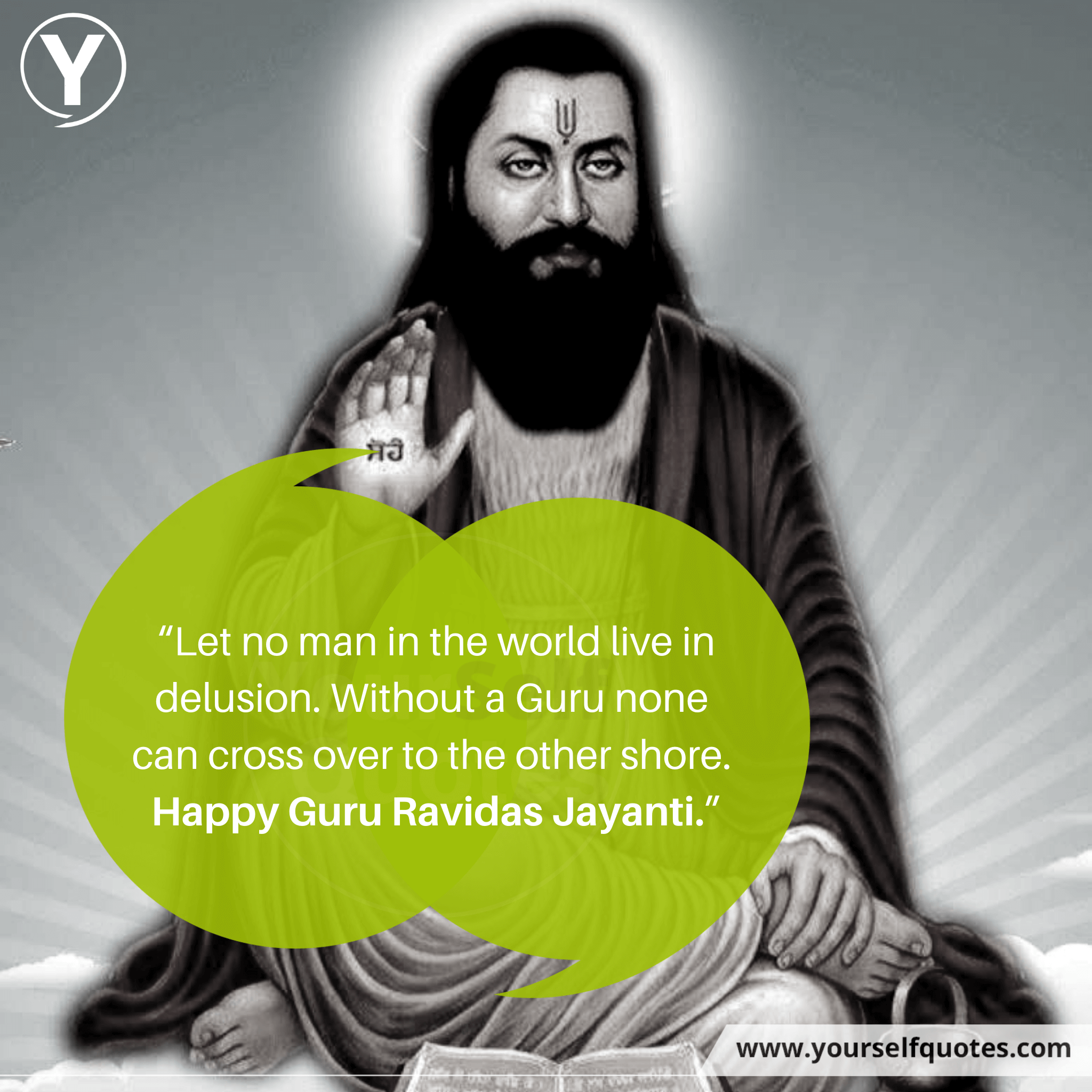 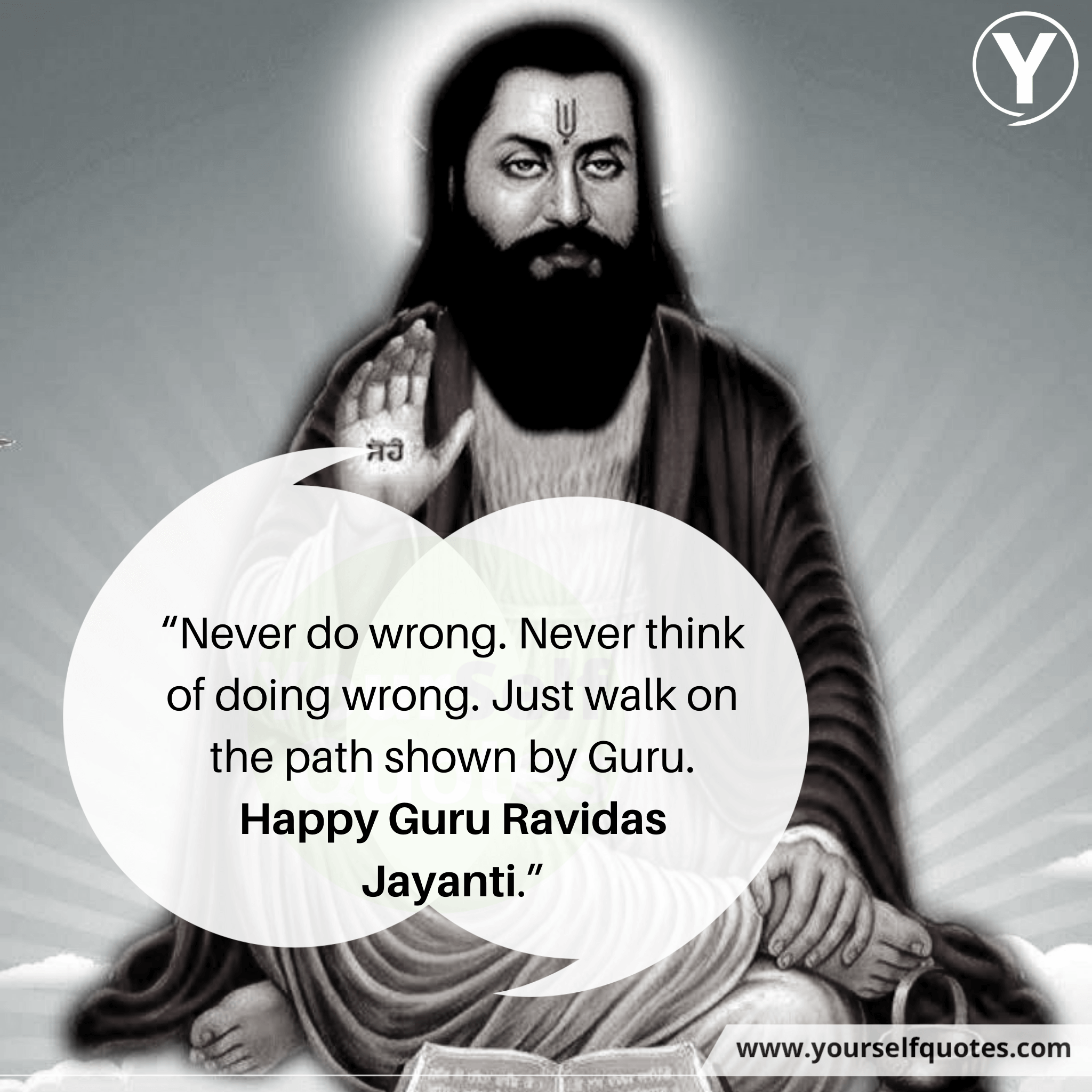 “Always walk on the path of goodness, and spread the message of love, peace, and togetherness everywhere. Wish you all a Happy Guru Ravidas Jayanti” 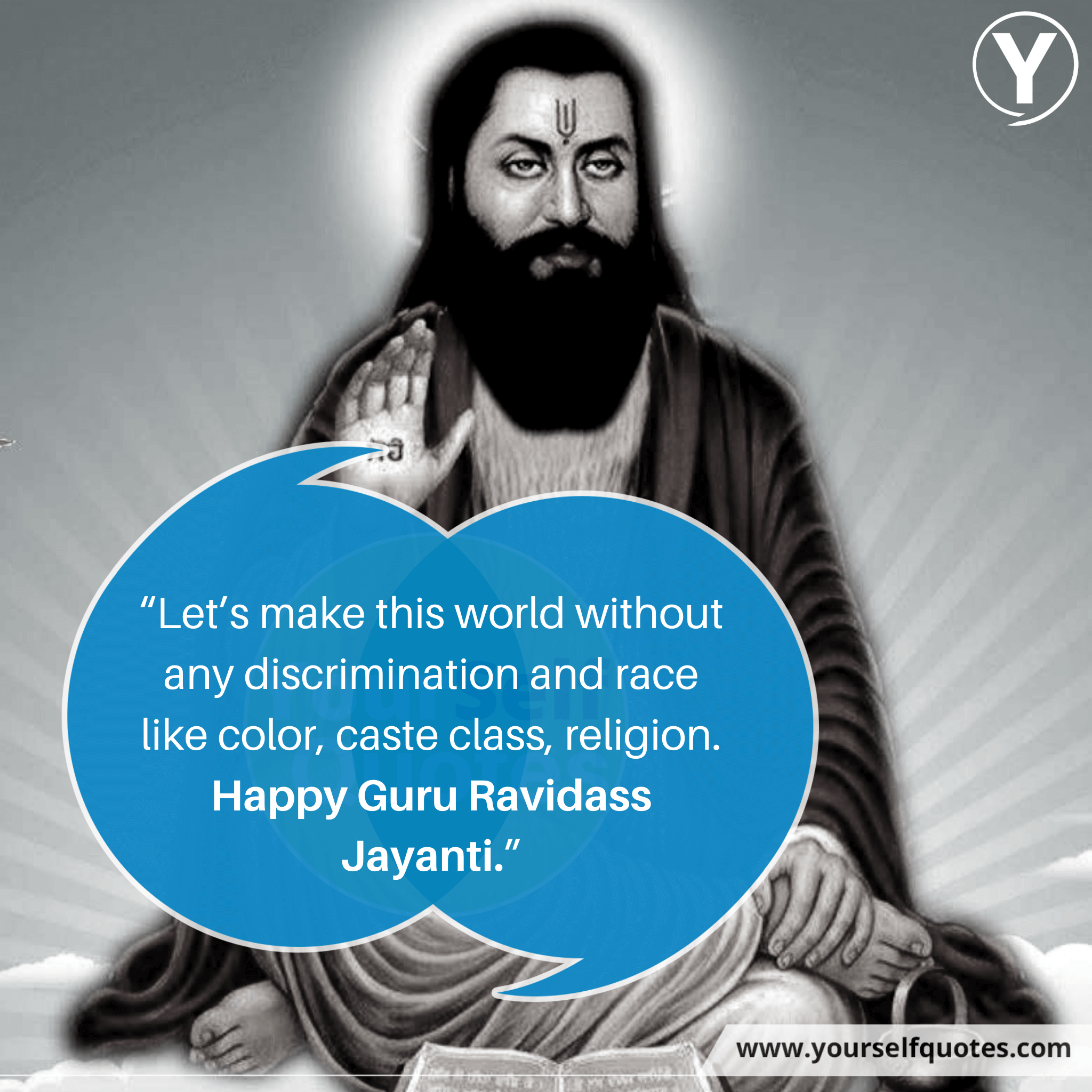 “Sing the songs of joy to the Lord, serve the Name of the Lord, and become the servant of His servants. Happy Gur Ravidas Jayanti.”

“Walk on the path of enigthenment, ans spread the word of spiritualism everywhere you go. Wish you a very Happy Guru Ravidas Jayanti.” 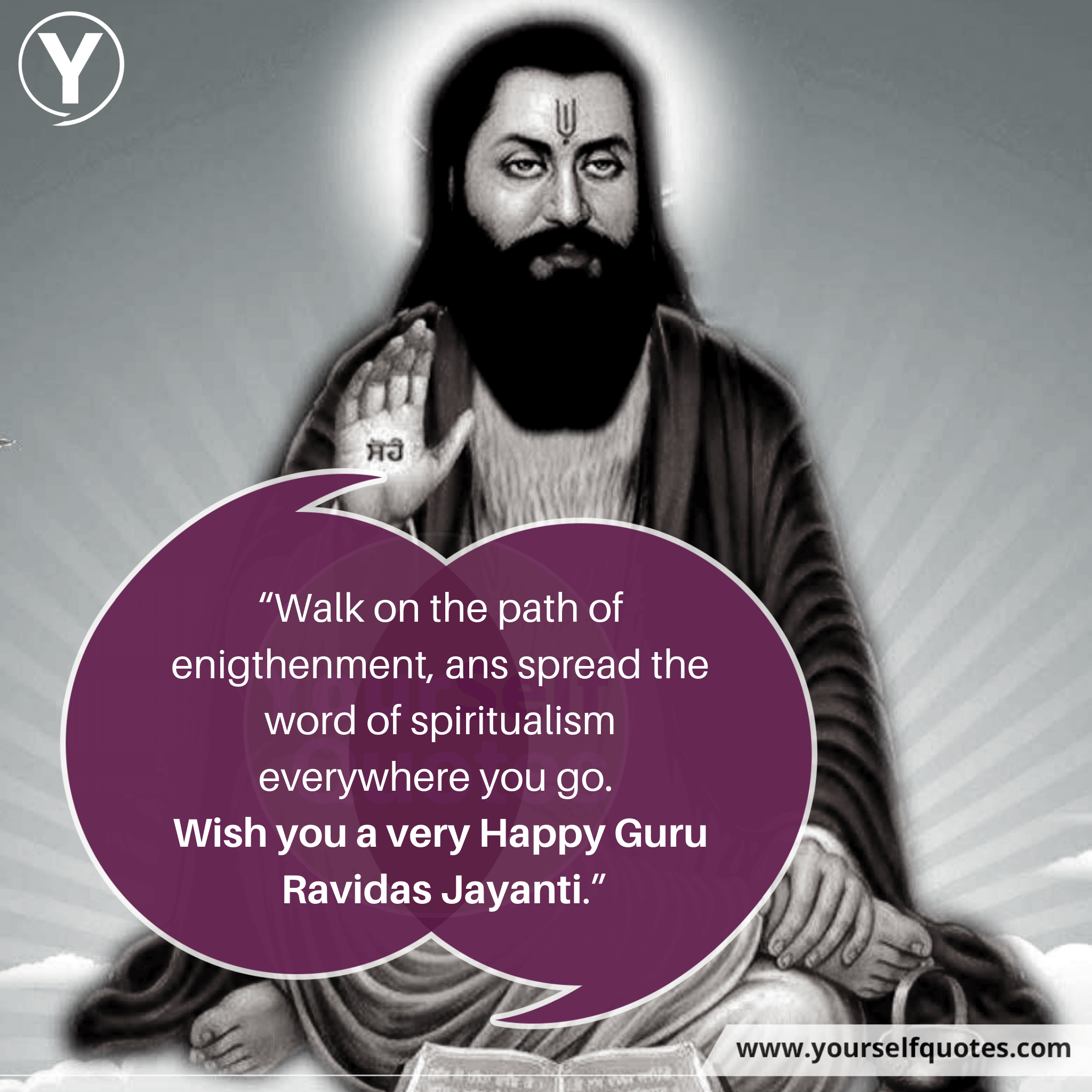 “Let’s shed the layer of negativity and bring in to practice the teachings of Guru. Let’s follow one God, on goal and one way. Happy Guru Ravidas Jayanti.”

“The teachings of Guru never fail. His word never goes wrong. He is the true source of light. Happy Guru Ravidas Jayanti.” 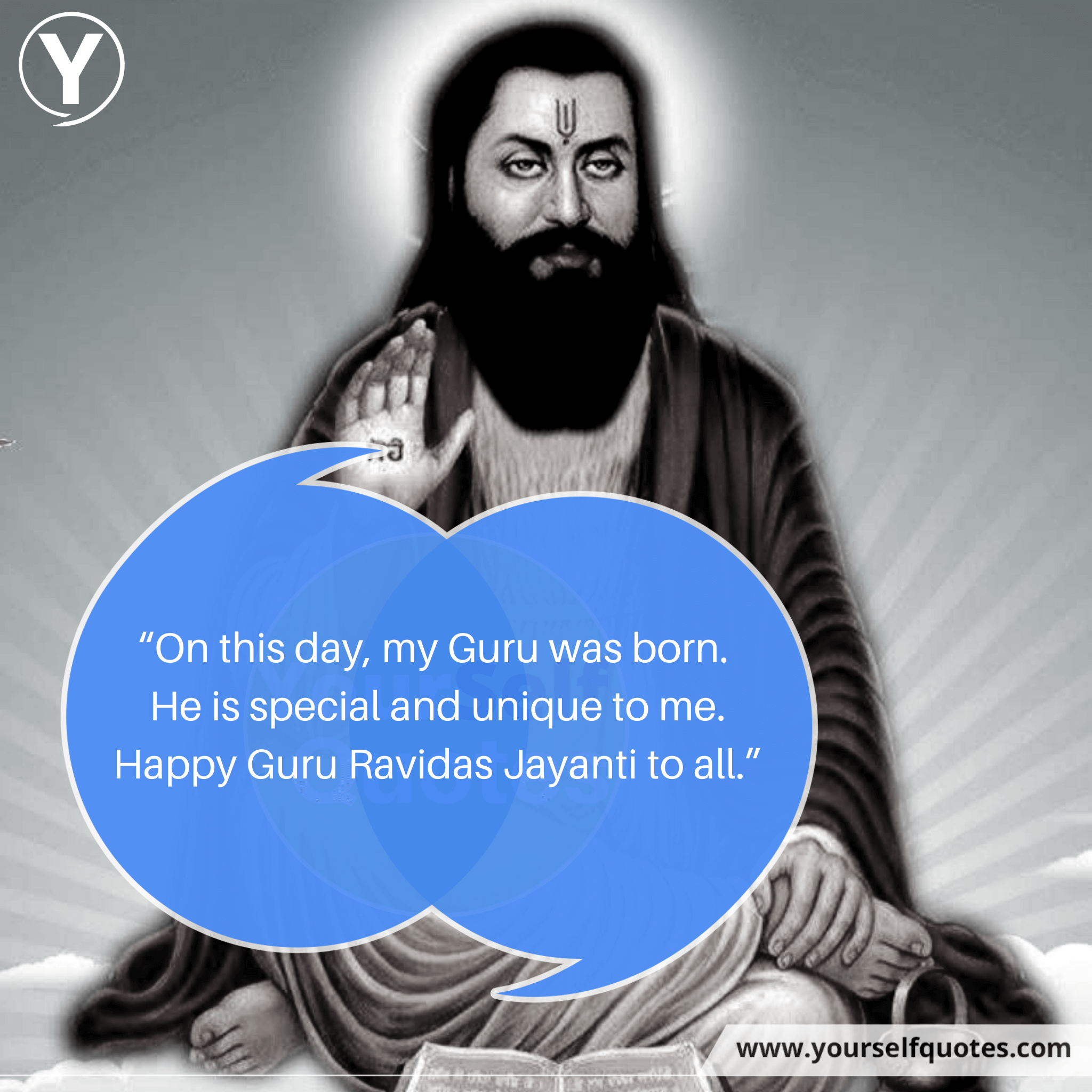 “On this day, my Guru was born. He is special and unique to me. Happy Guru Ravidas Jayanti to all.” 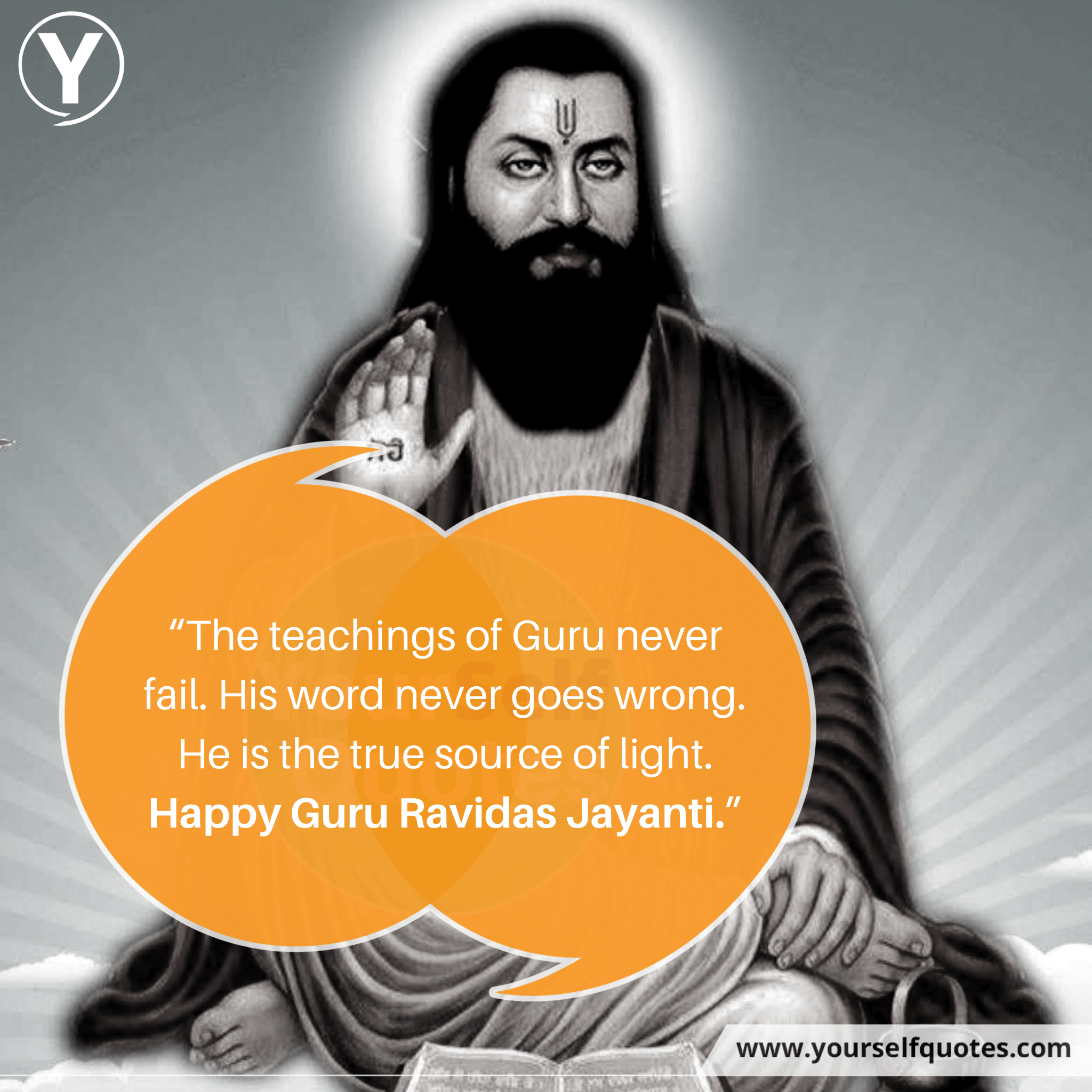 “Let’s together sing the bhakti songs and dance on the tunes of the devotional songs. Happy Guru Ravidas Jayanti to you all.”

Guru Ravidas Jayanti is celebrated worldwide on the day Magh Purnima, the Full moon in the Magh month. On this auspicious day, Amritbani Guru Ravidass Ji is read.

A special prayer and a Nagar Kirtan are organized bearing the guru’s portrait through the streets. The devotees take a holy dip in the river to perform rites.

His teachings, words, and songs are widely recited by his devotees all around. He is still remembered because of his true devotional songs.

Which are your favorite Guru Ravidas Jayanti Quotes? Leave a comment below.

Steve Harvey Quotes That Will Change Your Perspective