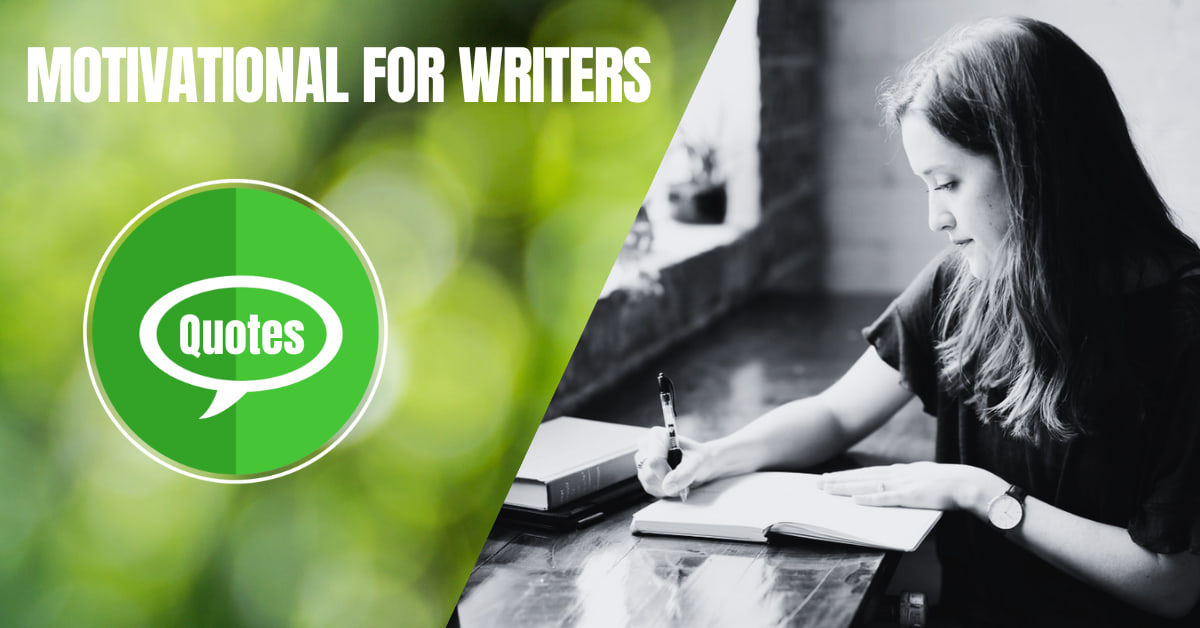 Inside everyone, a writer is waiting for their chance to shine. In varying ways, everyone has the opportunity to bring a page to life. At times, though, it takes an extra push of motivation to wake that inner writer up. One of the best ways to find this motivation is to look into the past to see the advice the authors who came before had.

Ray Bradbury was an accomplished writer who breached genre and medium. He touched fans of science fiction, horror, and even fantasy. He’s also become required reading, as almost any student with a copy of Fahrenheit 451 can tell you.

The way he came to such versatility in talent was in the way he worked. Not only did he write every day, but he also read as much as he could. After all, it’s essential to be an expert in your craft.

Have you ever wandered a bookshop or library wishing a specific book existed? Maybe a romance that stands out from the rest or a fantasy story that’s different from most. When you can’t spot these, there’s only one option. If you can’t find a book that fits those wants, use this idea to create something yourself. More than anything else, build what you love.

There’s a common misconception that authors that have lucrative careers or legacies are born with a gift. That they always knew how to write and were destined for greatness the first time they put pen to paper. However, this is often far from reality.

Writing takes time to learn, not just the technical details such as grammar, but also how to link a story together and sometimes think creatively. That means each person has the potential as a writer. Sometimes all you need is practice and dedication.

That is a tip that students quotes can use too. For instance, if you need to write an analytical essay as a response to a book, you should read more than just the assigned text. Read other analytical articles to become familiar with the style. For novice writers, there might also be used to look towards an essay writing service to get tips or help.

“Just Write Every Day of Your Life. Read Intensely. Then See What Happens.” — Ray Bradbury 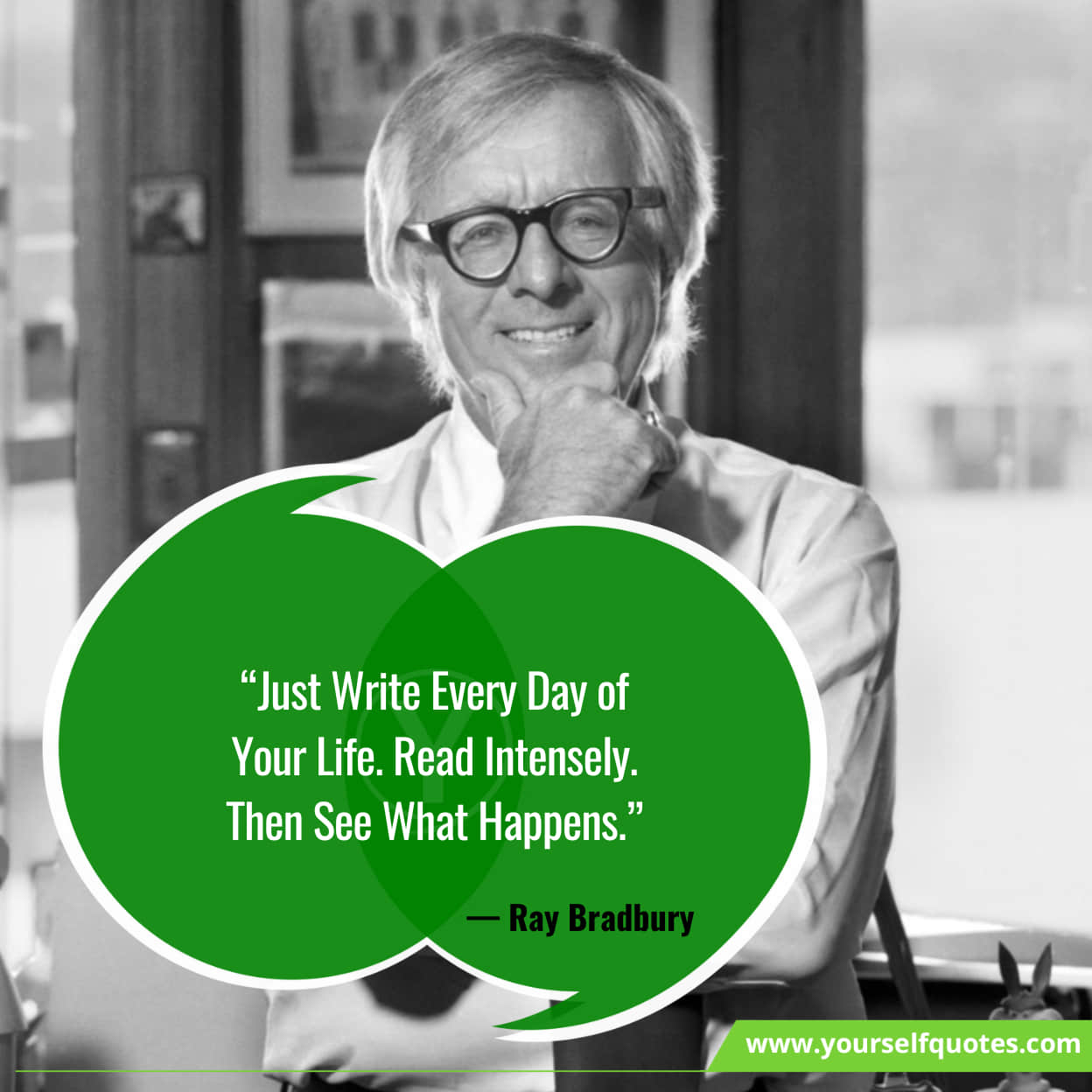 “It’s None of Their Business That You Have to Learn to Write. Let Them Think You Were Born That Way.”

“A Professional Writer Is an Amateur Who Didn’t Quit.”

“Anyone who is going to be a writer knows enough at 15 to write several novels.”

“I think all writing is a disease. You can’t stop it.”

“If There’s a Book That You Want to Read, But It Hasn’t Been Written Yet, Then You Must Write It” — Toni Morrison 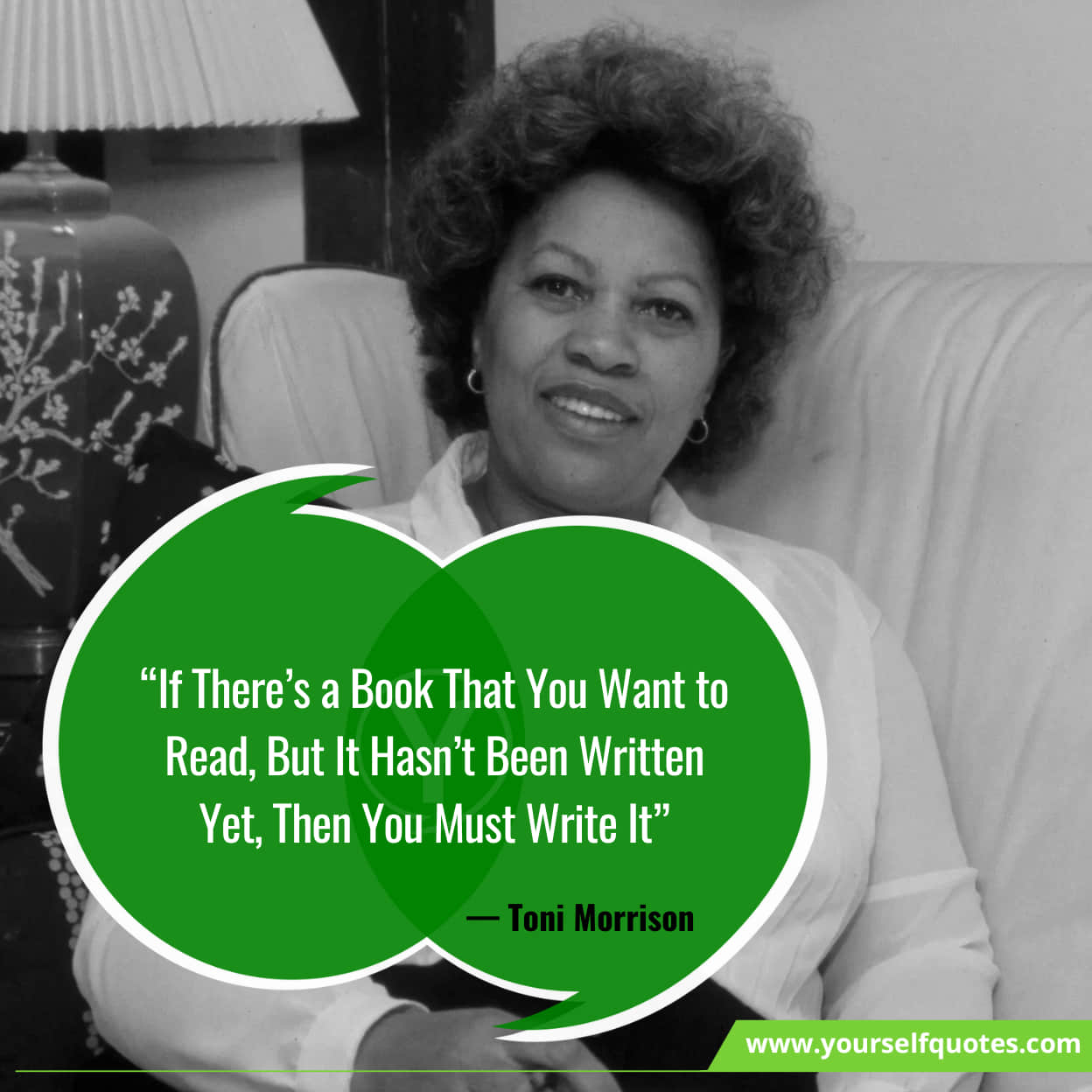 “The most beautiful things are those that madness prompts and reason writes.”

“Literature is strewn with the wreckage of men who have minded beyond reason the opinions of others.”

“When I say work I only mean writing. Everything else is just odd jobs.”

Quotes For Writers To Stay Motivated

“Writers are always selling somebody out.” 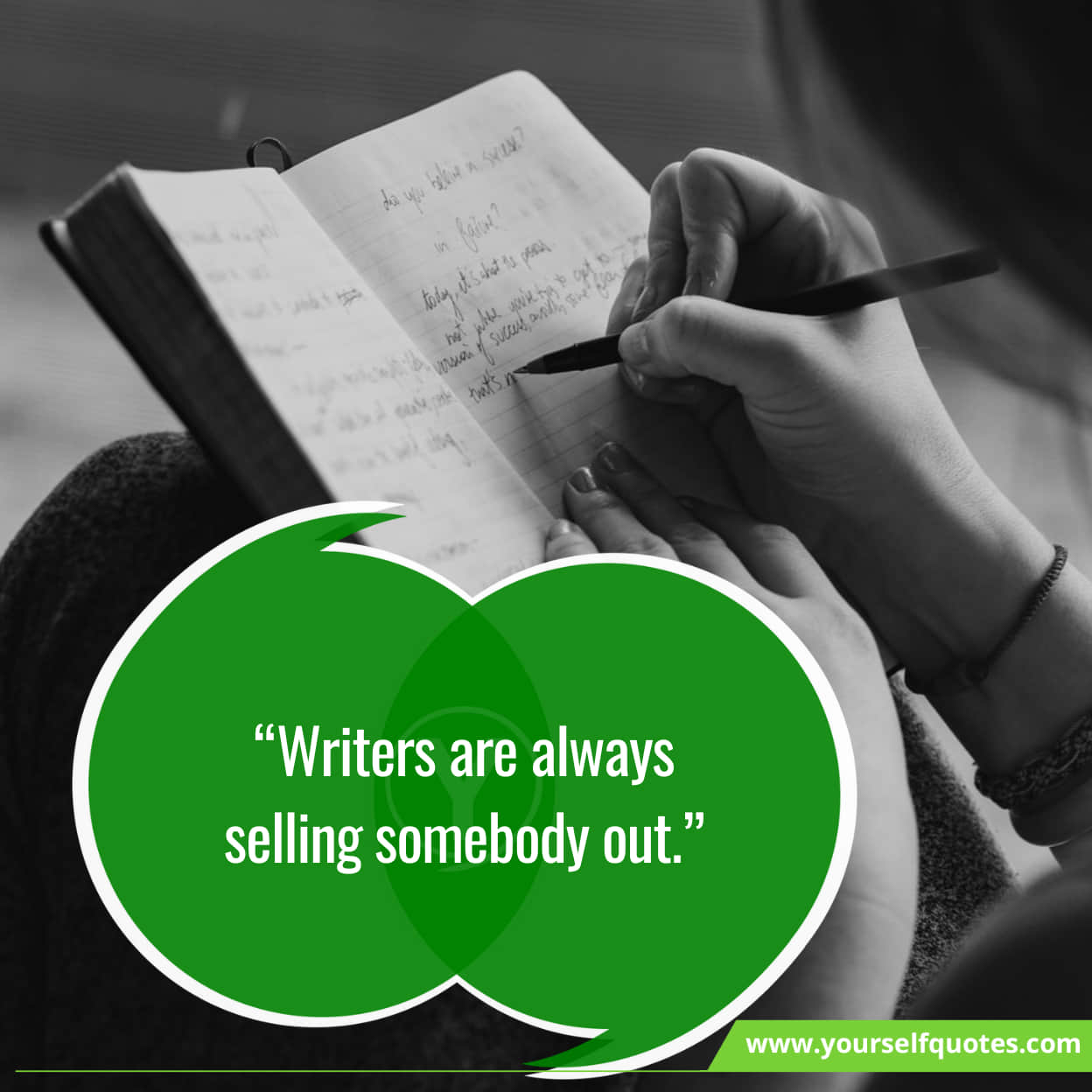 Quotes For Writers For Motivation

“The first sentence can’t be written until the final sentence is written.”

“I don’t need an alarm clock. My ideas wake me.”

“I do not over-intellectualise the production process. I try to keep it simple: Tell the damned story.”

“Writing is not necessarily something to be ashamed of, but do it in private and wash your hands afterwards.” 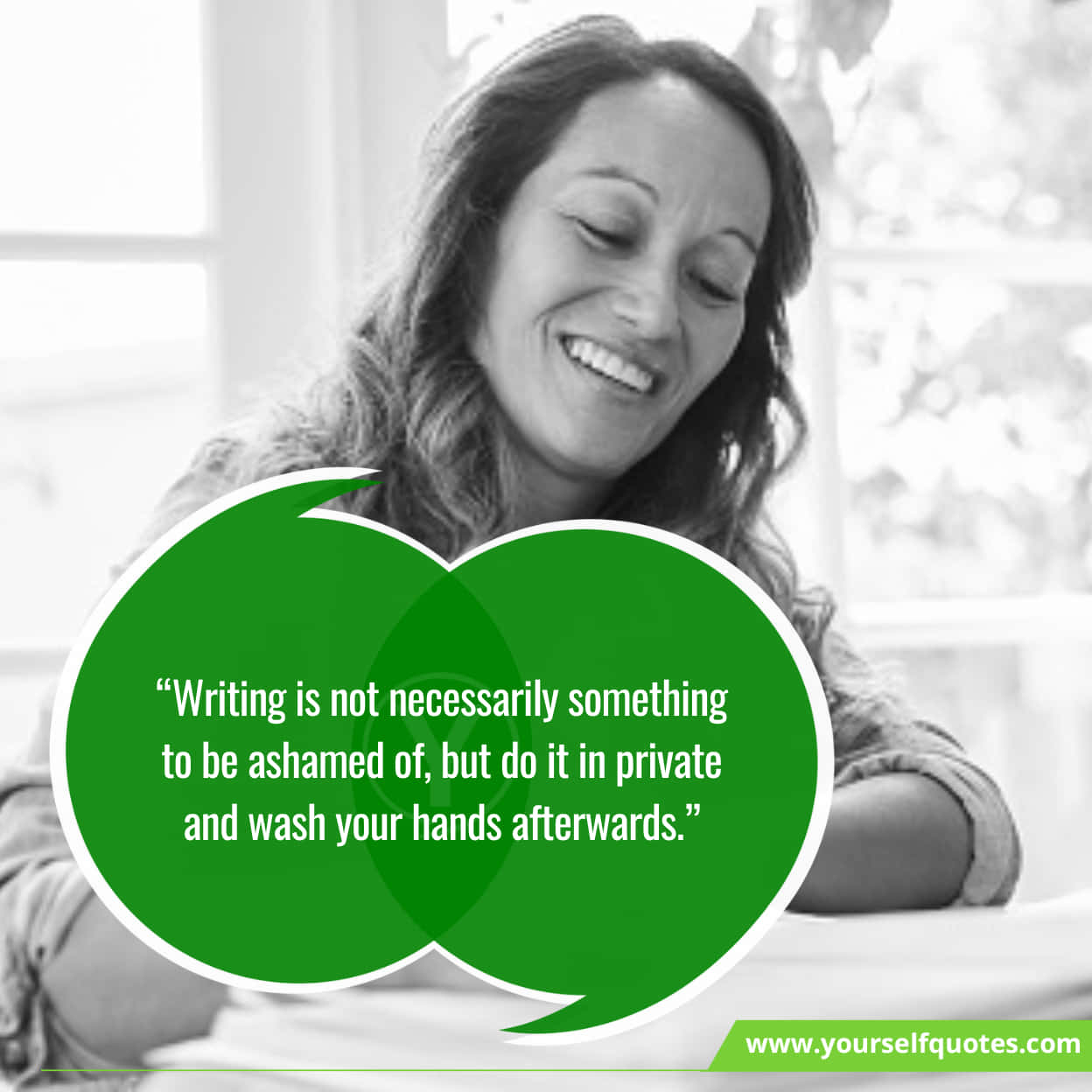 Quotes For Writers To Stay Motivated

“Just write every day of your life. Read intensely. Then see what happens. Most of my friends who are put on that diet have very pleasant careers.”

“Let the world burn through you. Throw the prism light, white hot, on paper.”

“Remember: Plot is no more than footprints left in the snow after your characters have run by on their way to incredible destinations.”

“It’s none of their business that you have to learn to write. Let them think you were born that way.”

“I always start writing with a clean piece of paper and a dirty mind.” 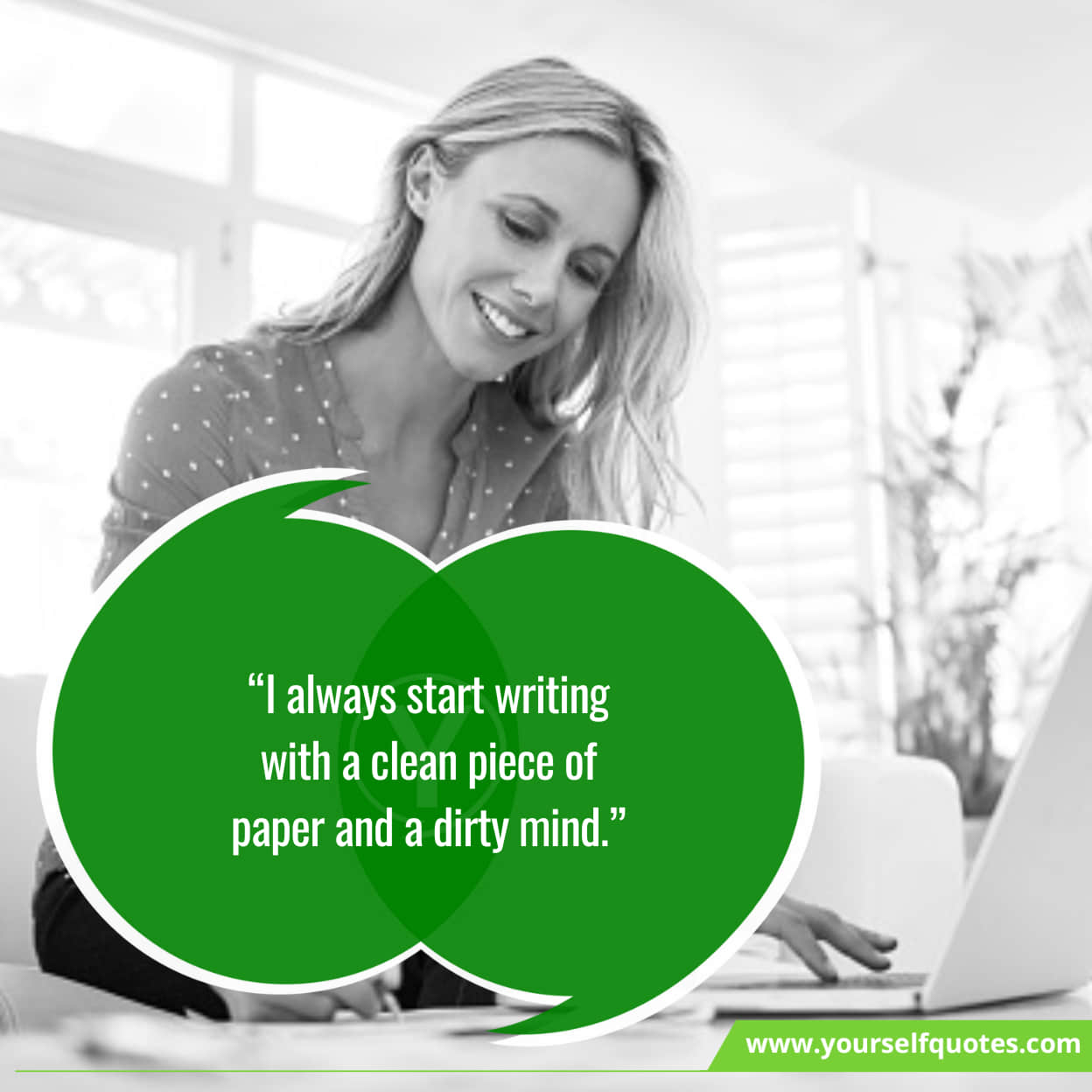 “Do not hoard what seems good for a later place in the book, or for another book; give it, give it all, give it now.”

“A book is simply the container of an idea—like a bottle; what is inside the book is what matters.”

“When writing a novel a writer should create living people; people, not characters. A character is a caricature.” 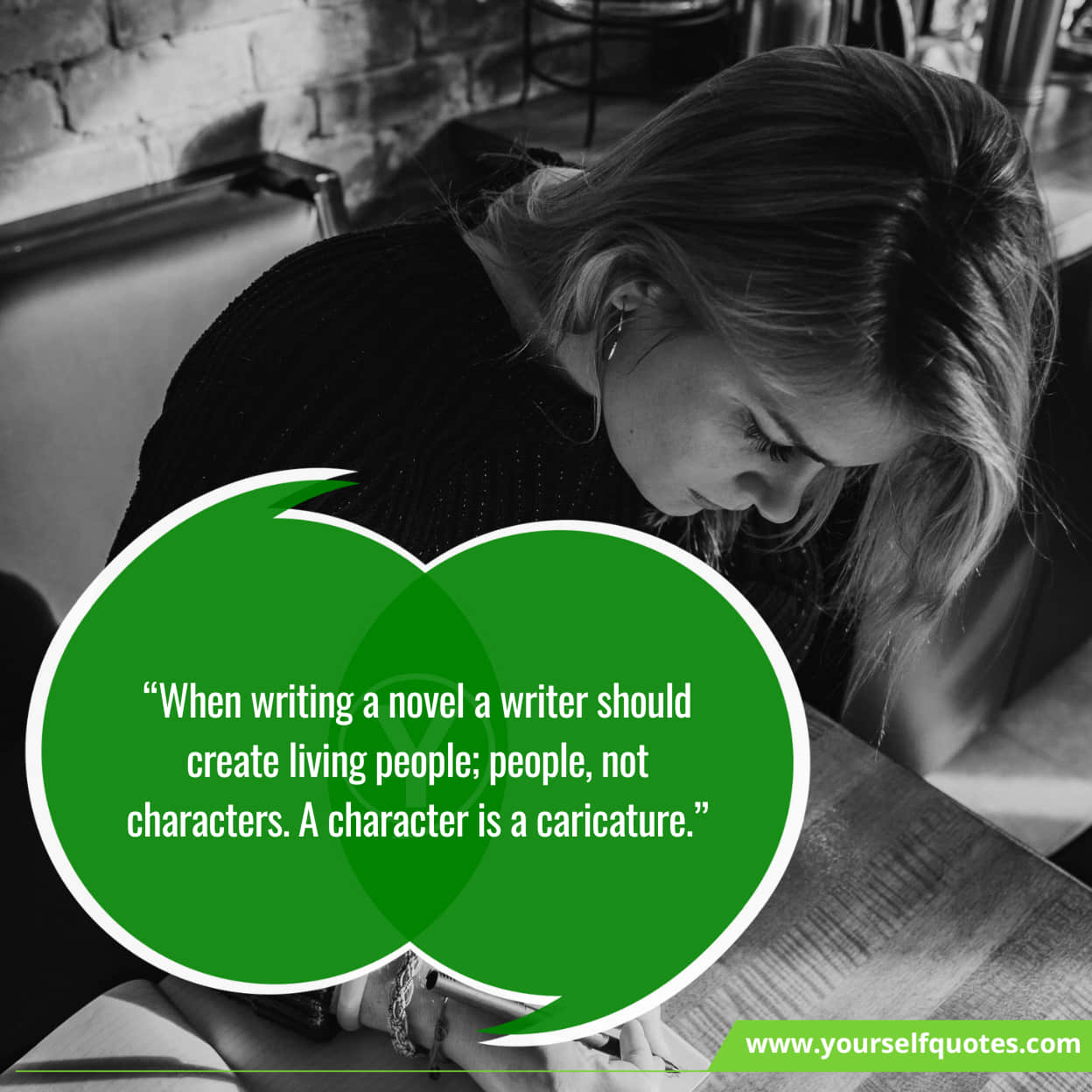 “I kept always two books in my pocket: one to read, one to write in.”

“Writing, to me, is simply thinking through my fingers.”

“I almost always urge people to write in the first person. … Writing is an act of ego and you might as well admit it.”

“Write while the heat is in you. … The writer who postpones the recording of his thoughts uses an iron which has cooled to burn a hole with.”

“Read a thousand books, and your words will flow like a river.” 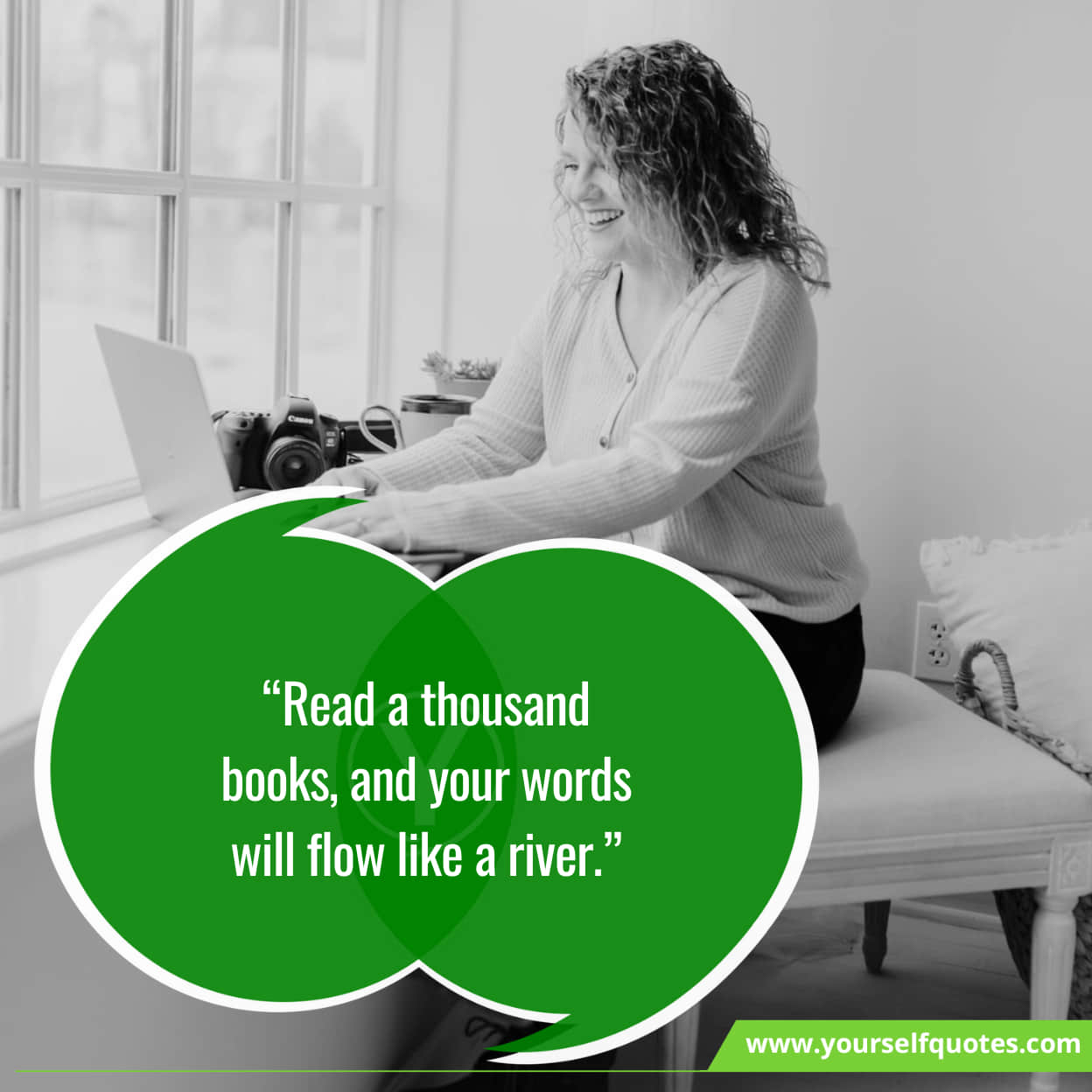 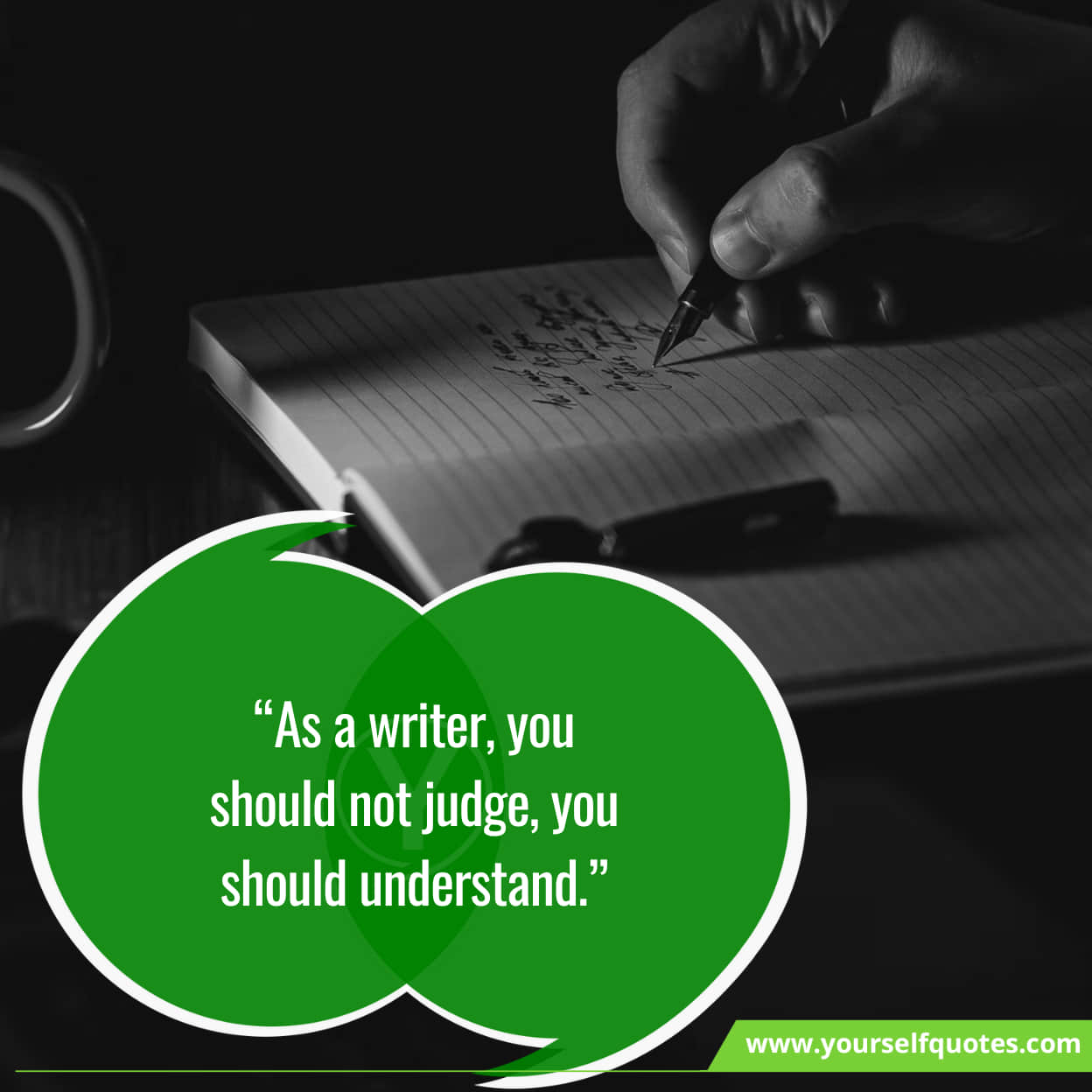 As just mentioned, there exists a common misconception in writing. This misconception is the fact that there is a mystical barrier between unpublished or inexperienced writers and famous ones. As spoken by Richard Bach, this barrier merely is perseverance. To be a truly successful writer that’s meant to crucial to keep going.

As a writer, there will be days when inspiration isn’t as handy or ideas aren’t fruitful. Use some of the wisdom of successful writers to keep you going even on the hard days.

Frequently, individuals don’t write because they aren’t sure they have it in them. They are concerned that if they do try, it will be something that isn’t worthwhile. The initial version that any writer has created isn’t great – Ernest Hemingway has claimed an equivalent phrase himself.

In case you are struggling with writer’s block, be free to write. It doesn’t need to be focused on the story or information are trying to write or generally anything specific. Just sit down and practice putting words on a page. Eventually, a great idea will come to mind.

Which are your favourite Motivational Quotes for Writers? Leave a comment below.

Find the Required Code and Communicate with Others