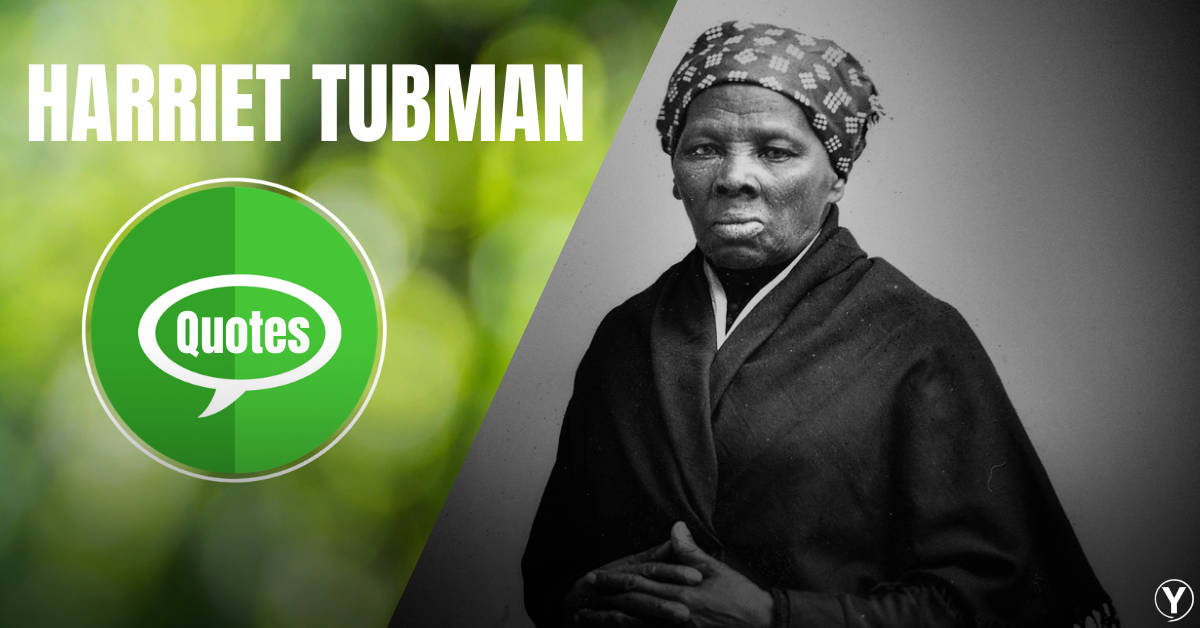 Harriet Tubman was an American abolitionist and political activist. She went on to become one of the most famous conductors of the Underground Railroad, which was a network of secret routes and safe houses destined to support those enslaved during the 19th century.

Harriet Tubman Family: Harriet was born as Araminta “Minty” Ross to slave parents, Harriet (“Rit”) Green and Ben Ross. She was born into a family of slaves. Had two brothers Ben and Henry.

Harriet lived a very tragic life. In her childhood, she was beaten, sold, and was regularly ill due to poor unhygienic conditions. She faced an endless struggle. But facing so many disparities and hurdles in life she had strong will power. She was ultimately destined for something bigger in life. And this energy gave her determination to escape and help others. Her task to escape required tremendous ingenuity. Mostly she worked in winters, in order to escape from the eyes of people so that the group can easily escape. Most of the time she faced tremendous risk and hurdles, and she used a variety of subterfuges to avoid detection.

Tubman worked in support to promote the cause of women’s suffrage. She traveled to many places such as New York, Boston, and Washington, D.C., to speak out in favor of women’s voting rights. She briefed about her actions during and after the Civil War. Also stressed upon sacrifices of countless women throughout modern history as evidence of women’s equality to men.

Harriet Tubman was a highly respected personality in history and an American icon. Now let’s go through some of the most determining Harriet Tubman Quotes that will turn you into a good leader.

“Every great dream begins with a dreamer.” — Harriet Tubman

“Slavery is the next thing to hell.” — Harriet Tubman

“I am at peace with God and all mankind.” — Harriet Tubman

“I grew up like a neglected weed-ignorant of liberty, having no experience of it.” — Harriet Tubman

“I never ran my train off the track, and I never lost a passenger.” — Harriet Tubman

“I looked at my hands to see if I was the same person.” — Harriet Tubman

“I was the conductor of the Underground Railroad for eight years, and I can say what most conductors can’t say; I never ran my train off the track and I never lost a passenger.” — Harriet Tubman

“I would have been able to free a thousand more slaves if I could only have convinced them that they were slaves.” — Harriet Tubman

“I would fight for my liberty so long as my strength lasted, and if the time came for me to go, the Lord would let them take me.” — Harriet Tubman

“Don’t ever stop. Keep going. If you want a taste of freedom, keep going.” — Harriet Tubman

“When I found I had crossed that line, I looked at my hands to see if I was the same person. There was such a glory over everything.” — Harriet Tubman

“I had reasoned this out in my mind, there was one of two things I had a right to, liberty or death; if I could not have one, I would have the other.” — Harriet Tubman

“Twant me, ’twas the Lord. I always told him, ‘I trust to you. I don’t know where to go or what to do, but I expect you to lead me,’ and He always did.” — Harriet Tubman

“I have heard their groans and sighs, and seen their tears, and I would give every drop of blood in my veins to free them.” — Harriet Tubman

“Lord, I’m going to hold steady on to You and You’ve got to see me through.” — Harriet Tubman

“There was one of two things I had a right to: liberty or death. If I could not have one, I would take the other, for no man should take me alive. I should fight for liberty as long as my strength lasted.” — Harriet Tubman

“Farewell, ole Maser, don’t think hard of me, I’m going on to Canada, where all the slaves are free.” — Harriet Tubman

“Read my letter to the old folks, and give my love to them, and tell my brothers to be always watching unto prayer, and when the good old ship of Zion comes along, to be ready to step aboard.” — Harriet Tubman

“I think there’s many a slaveholder’ll get to Heaven. They don’t know better. They acts up to the light they have.” — Harriet Tubman

“Most of those coming from the mainland are very destitute, almost naked. I am trying to find places for those able to work, and provide for them as best I can, so as to lighten the burden on the Government as much as possible, while at the same time they learn to respect themselves by earning their own living.” — Harriet Tubman

Harriet Tubman was a leading abolitionist of America. She was known to successfully fight against slavery. Facing extreme oppression as a teenager, she lived a very hard life. She also faced physical violence and threats during her early days. But facing all these hardships she continued her journey to escape away from slavery to Philadelphia.

Tubman crossed the underground rail system which was 90 miles long on foot. And this success encouraged her to move forward in life. Her significant contributions to abolishing slavery were acknowledged by the government.

We hope you liked this iconic personality of history and will for sure share this Harriet Tubman Quotes Images with your near and dear ones.

Rumi Quotes That Will Make You More Insightful