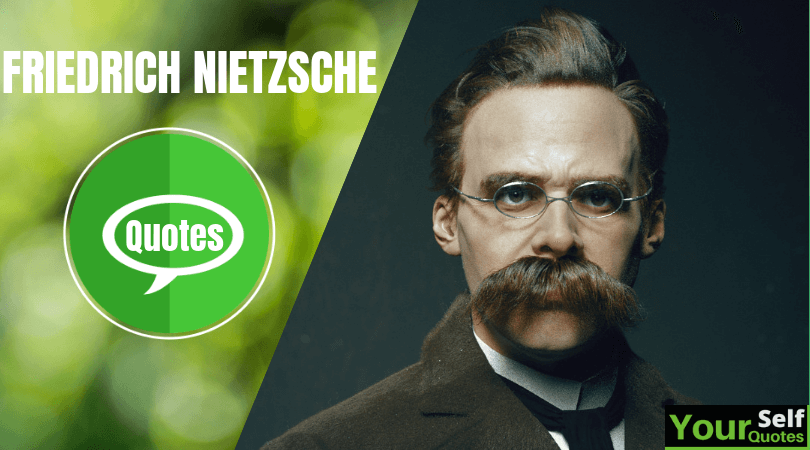 Friedrich Nietzsche, full name Friedrich Wilhelm Nietzsche was a famous German Philosopher. He was the youngest person ever to hold the title of Classical Philosophy at the University of Basel in 1869 at the age of 24 years only. Apart from a great philosopher, he was a cultural critic, composer, poet, and philologist. He was a highly experienced Latin & Greek scholar whose work has exerted a profound influence on modern intellectual history.

Friedrich Nietzsche Birthday: Friedrich was born on 15th October 1844 in a small town of Röcken (now part of Lützen), near Leipzig, in the Prussian Province of Saxony.

Friedrich Nietzsche Family: Friedrich was born to Carl Ludwig Nietzsche, a Lutheran pastor and former teacher; and Franziska Nietzsche. He had two siblings, Elisabeth Förster-Nietzsche, and a Ludwig Joseph.

Nietzsche was a renowned German philosopher. His work and studies touched directly touched the heart of people. He had in-depth knowledge about varied subjects such as art, philosophy, history, tragedy, culture, and science. He had a keen interest in writing. Friedrich Nietzsche’s writings were based on philosophical polemics, poetry, cultural criticism, and fiction. The man was highly inspired by figures such as Arthur Schopenhauer, Richard Wagner, and Johann Wolfgang von Goethe.

His philosophy was based on the radical critique of truth in favor of perspective; his genealogical critique of religion and Christian morality and his related theory of master-slave morality; his aesthetic affirmation of existence in response to the “death of God” and the profound crisis of nihilism; his notion of the Apollonian and Dionysian; and his characterization of the human subject as the expression of competing wills, collectively understood as the will to power.

Now let’s be a little philosophical by checking out the most exciting Friedrich Nietzsche Quotes that will Ignite your Mind.

“There are no facts, only interpretations.” — Friedrich Nietzsche

“I cannot believe in a God who wants to be praised all the time.” — Friedrich Nietzsche

“There are no beautiful surfaces without a terrible depth.” — Friedrich Nietzsche

“We have art in order not to die of the truth.” — Friedrich Nietzsche

“God is dead: but considering the state of the species Man is in, there will perhaps be caves, for ages yet, in which his shadow will be shown.” — Friedrich Nietzsche

“Man is something to be surpassed.” — Friedrich Nietzsche

“To escape boredom, a man works either beyond what his usual needs require or else he invents play, that is, work that is designed to quiet no need other than that for working in general.” — Friedrich Nietzsche

“In every real man a child is hidden that wants to play.” — Friedrich Nietzsche

“Christianity came into existence to lighten the heart, but now it needs to burden the heart to start with so it can lighten it afterward. Consequently, it will perish.” — Friedrich Nietzsche

“A friend should be a master at guessing and keeping still: you must not want to see everything.” — Friedrich Nietzsche

“No one talks more passionately about his rights than he who in the depths of his soul doubts whether he has any.” — Friedrich Nietzsche

“Whenever I climb I am followed by a dog called ‘Ego.’” — Friedrich Nietzsche

“In large states, public education will always be mediocre, for the same reason that in large kitchens the cooking is usually bad.” — Friedrich Nietzsche

“An artist chooses his subjects: that is the way he praises.” — Friedrich Nietzsche

“We often refuse to accept an idea merely because the way in which it has been expressed is unsympathetic to us.” — Friedrich Nietzsche

“It is my ambition to say in ten sentences what others say in a whole book.” — Friedrich Nietzsche

“Glance into the world just as though time were gone: and everything crooked will become straight to you.” — Friedrich Nietzsche

Friedrich Nietzsche was a famous German classical scholar. He rose the fame of ladder through his incredible writings on good and evil, on religion in modern society, and on varied other topics. He had published some of the prominent books on philosophy such as ‘Twilight of the Idols’ and ‘Thus Spoke Zarathustra’. Through his work, he tried to unmask the motives that underlie traditional Western religion, morality, and philosophy that has deeply gone through the generations of theologians, philosophers, psychologists, poets, novelists, and playwrights. Through his words of wisdom, it can be clearly seen that he touched all the aforementioned genres. He directly touched the heart of the masses. The great philosopher died on 25th August 1900.

Now as you have read about this great personality, I hope you can easily digest the cup of philosophy into your mind. If yes, then do share these incredible Friedrich Nietzsche Quotes Images with your friends, family, and near and dear ones.

10 Inspiring Quotes About Technology You Need to Know