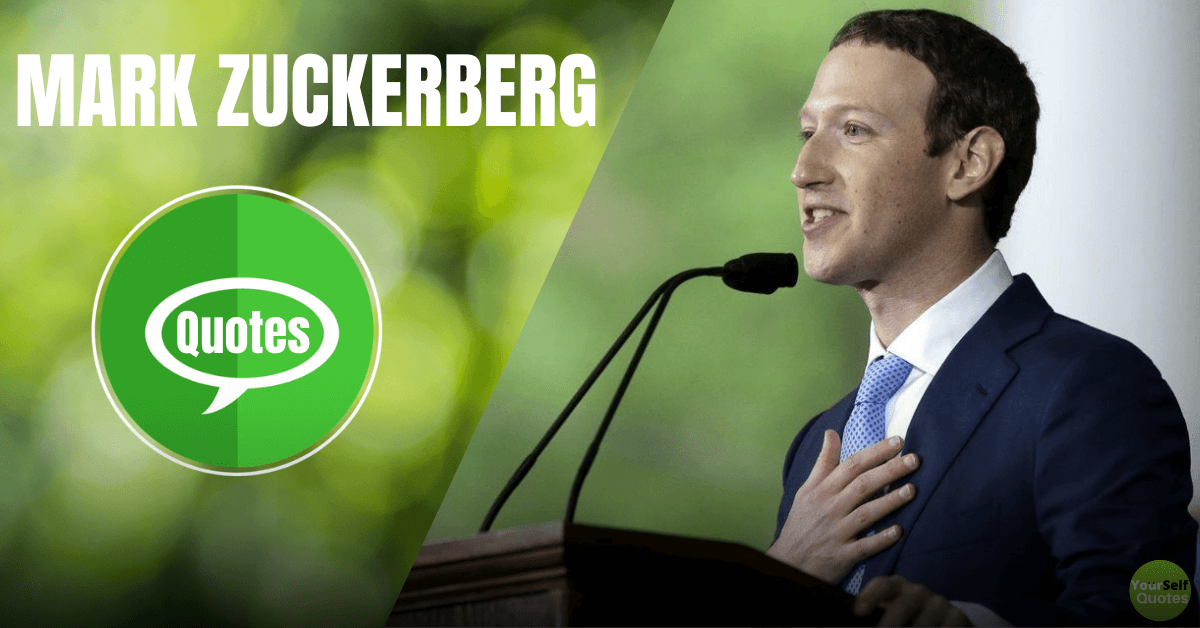 An American technology entrepreneur & philanthropist Mark Zuckerberg is known for his great contribution in the field of social media.  He is a successful business tycoon, software developer, and co-founder of Facebook.

Zuckerberg attended Harvard University, where he launched the biggest social media platform, Facebook on 4th February 2004. At the age of 23 years, he became the world’s youngest self-made billionaire. And today he is the only one under 50 in the Forbes 10 richest people list and the only one under 40 in the top 20 Billionaire list. 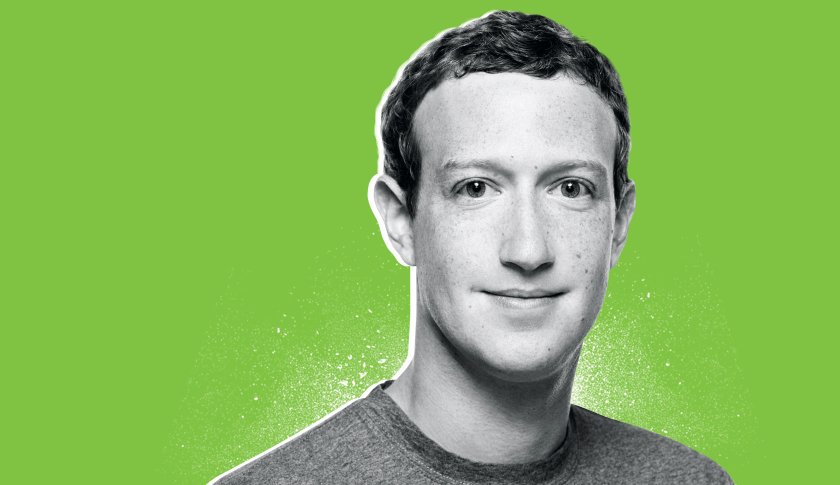 Mark Zuckerberg is marked as the biggest technology entrepreneur. He launched various platforms & made a big contribution to internet technology by launching Internet.org. Hence he holds an important place in the world of the internet & social media.

Harvard student Mark Zuckerberg creates the social networking site and the film about The Social Network founding of Facebook.

Now as you know this personality is so much influential, so you can guess how much his words will influence all of us. So let’s have a look at the most influential Mark Zuckerberg Quotes Words.

“Ideas don’t come out fully formed. They only become clear as you work on them. You Just have to get started.”― Mark Zuckerberg 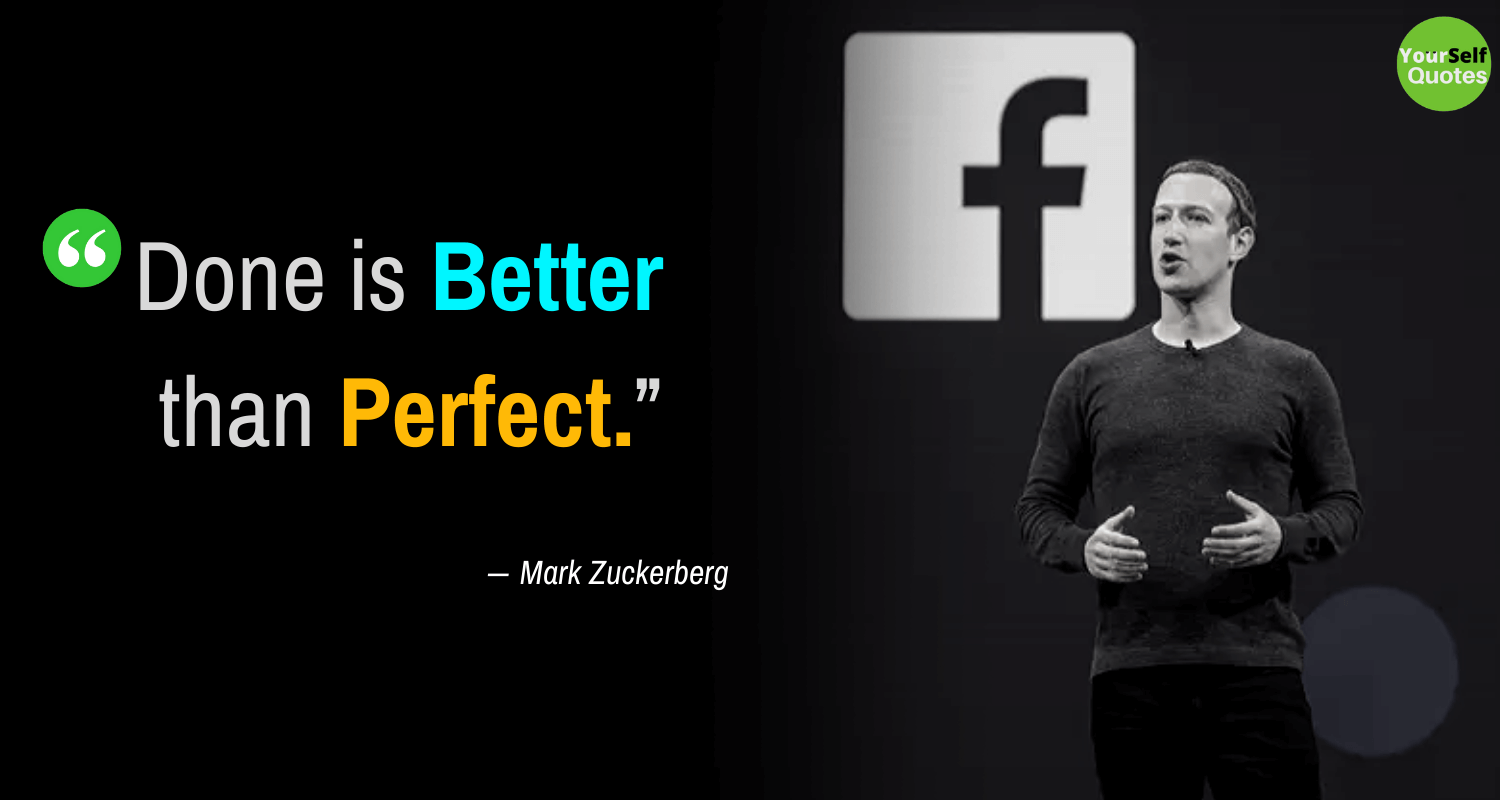 “Entrepreneurship is about creating change, not just companies.” ― Mark Zuckerberg 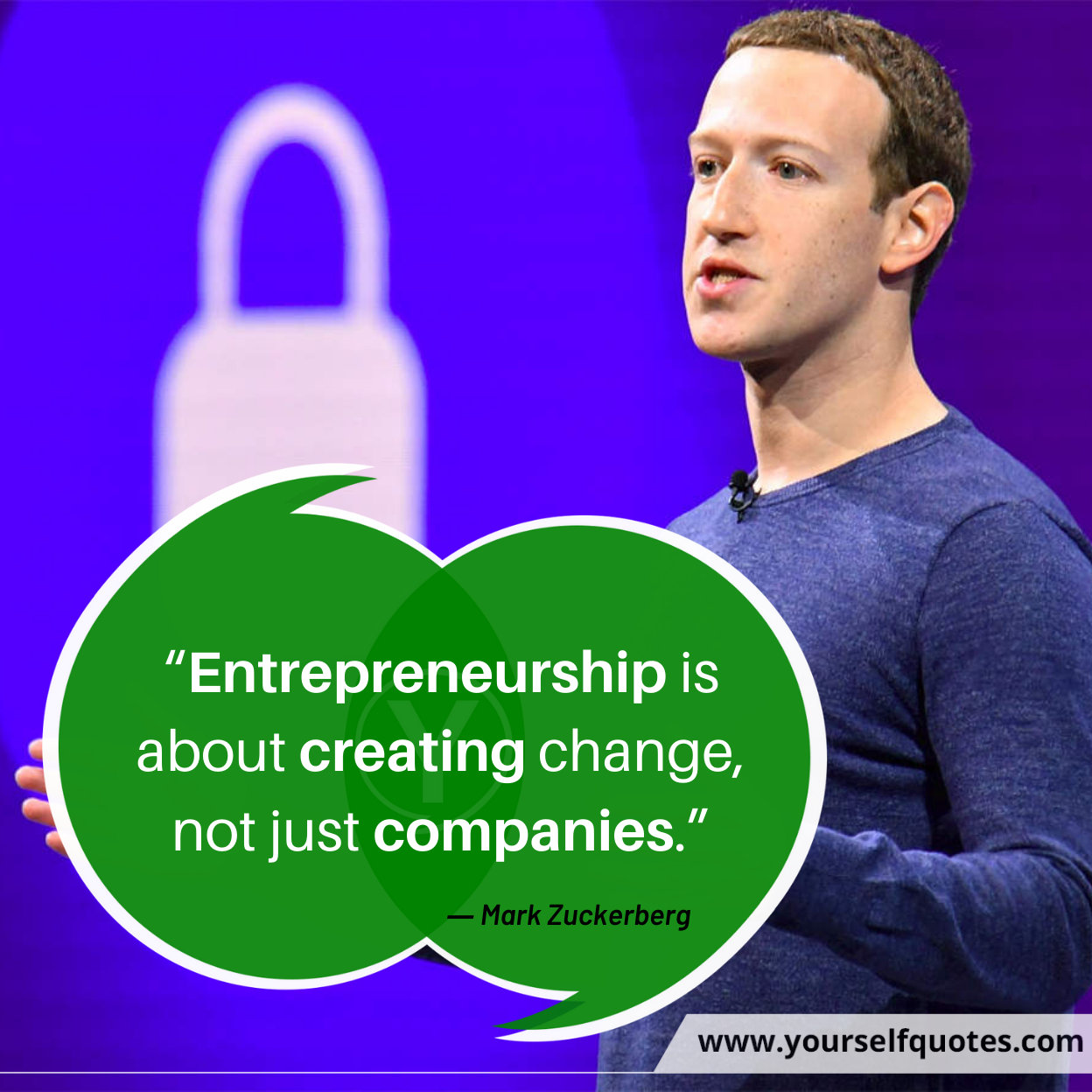 “Find that thing you are super passionate about.” ― Mark Zuckerberg 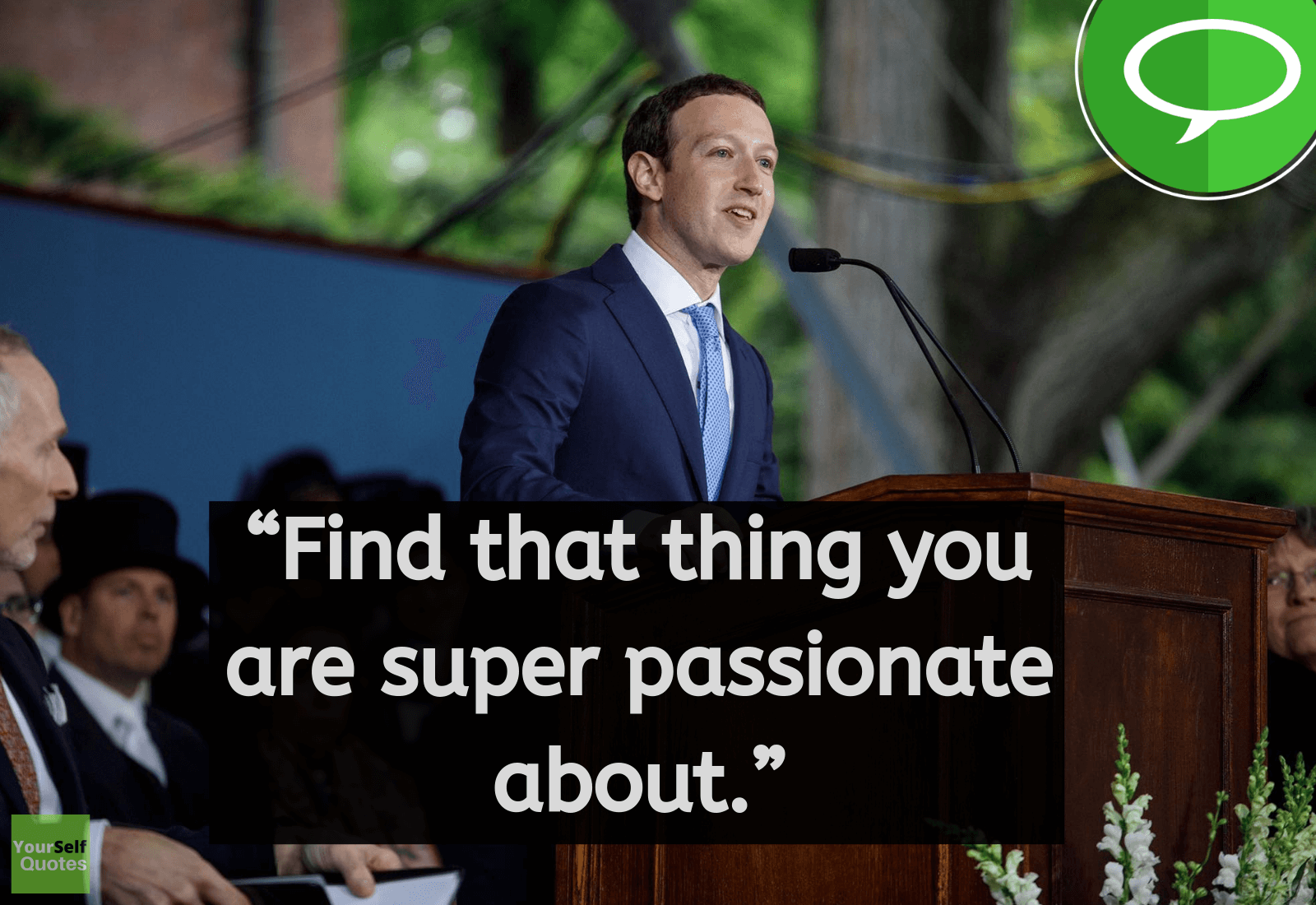 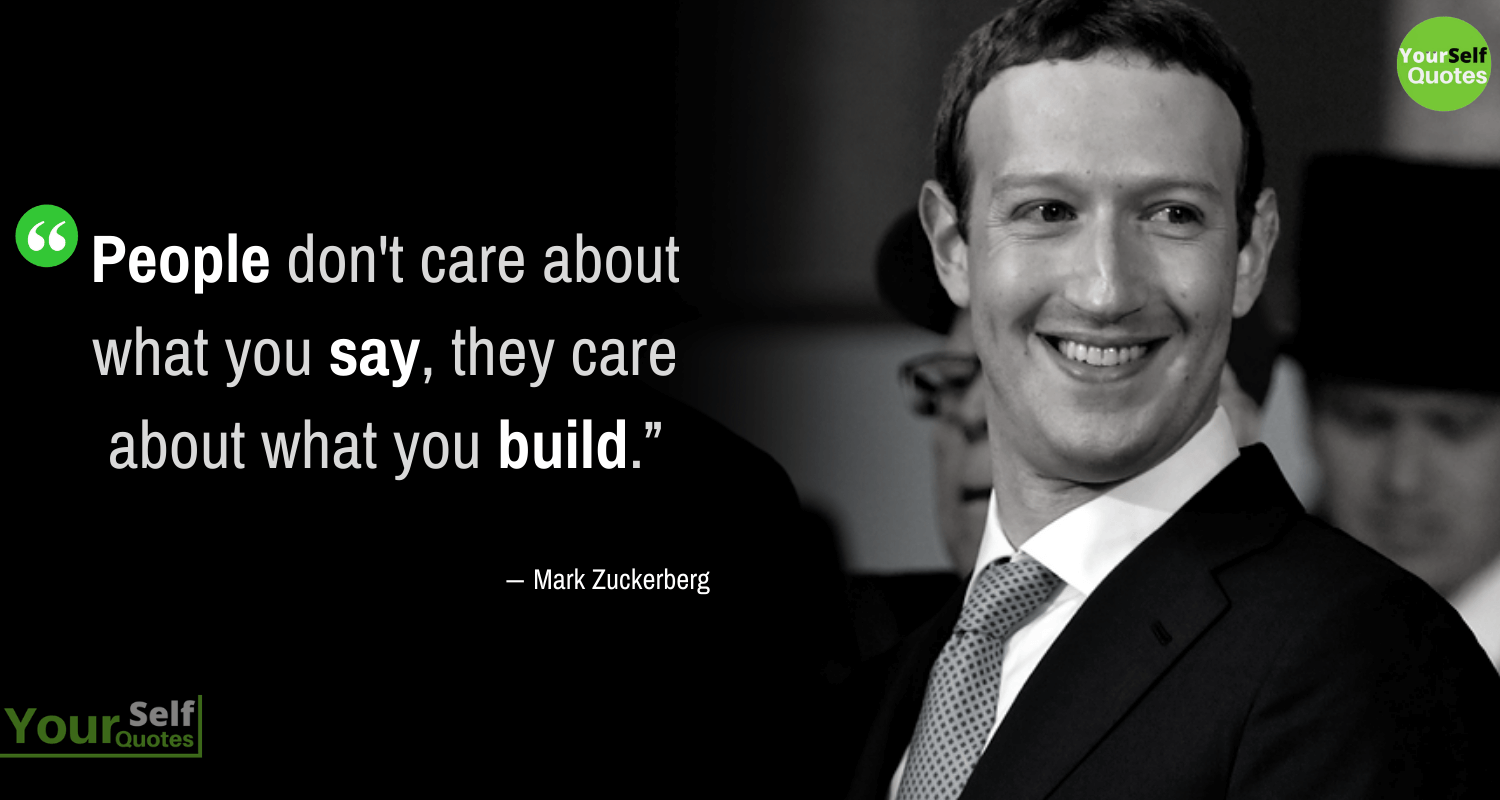 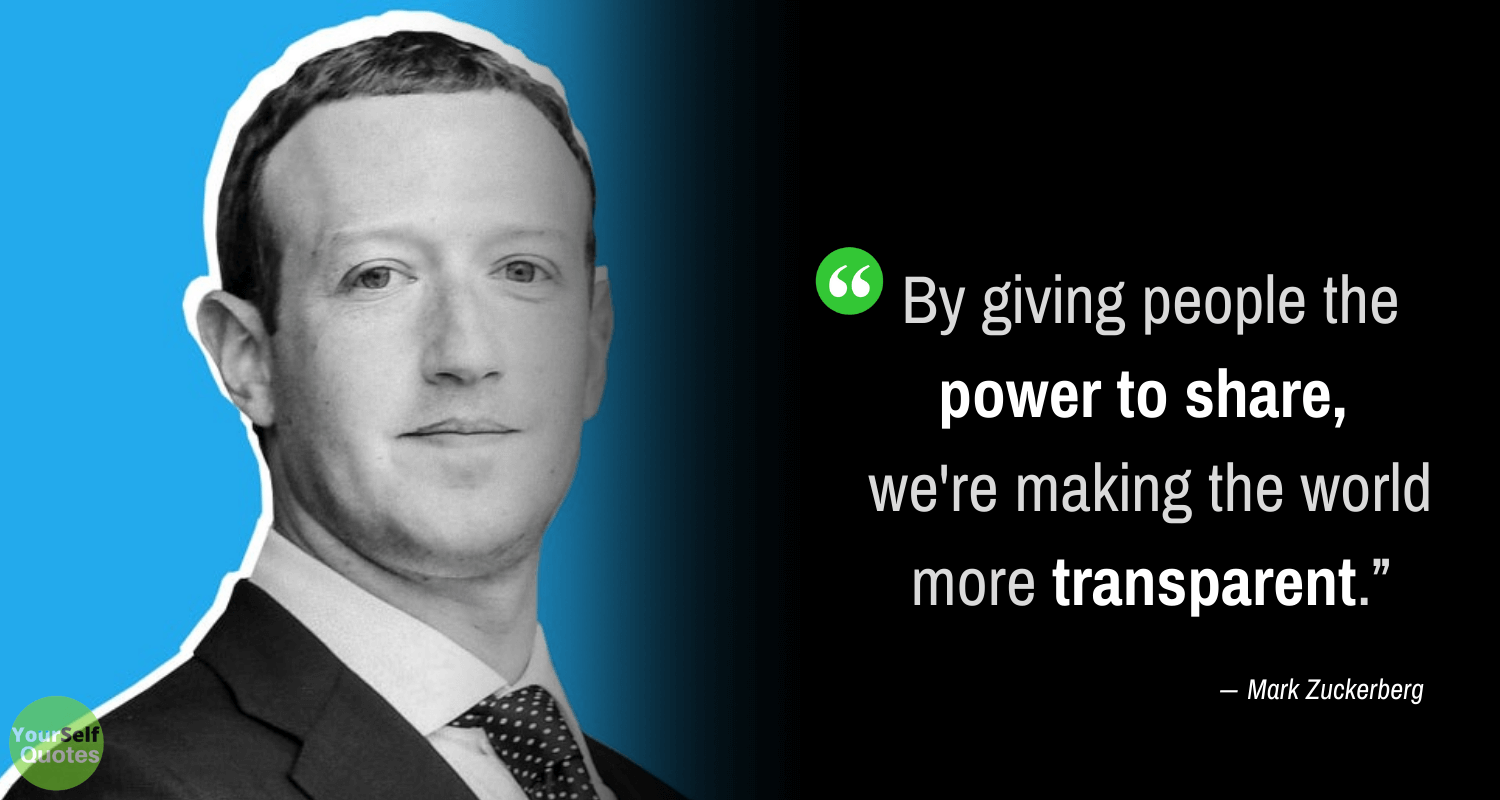 “Move fast and break things. Unless you are breaking stuff, you are not moving fast enough.” ― Mark Zuckerberg 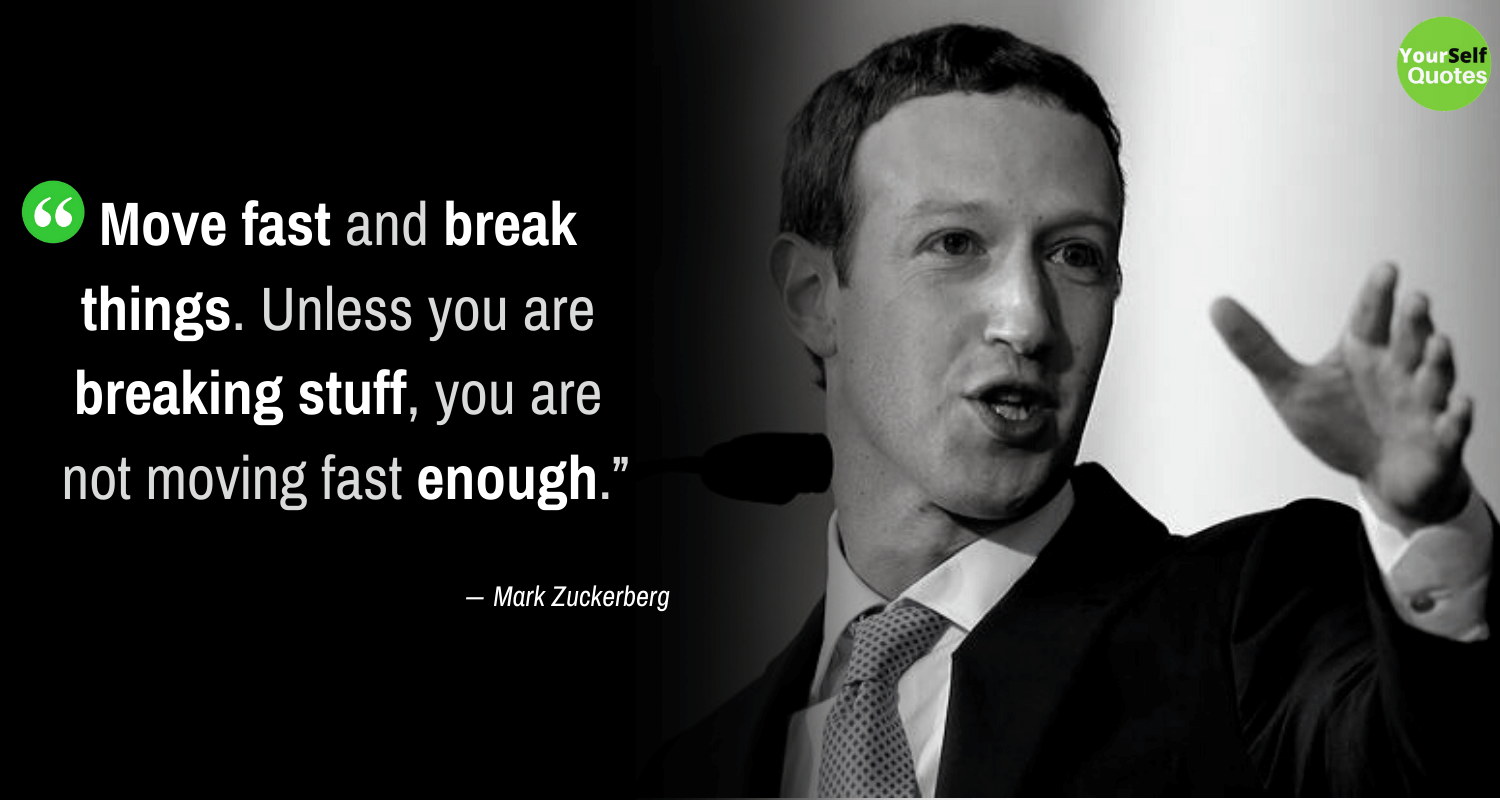 “When you give everyone a voice and give people power, the system usually ends up in a really good place.” ― Mark Zuckerberg 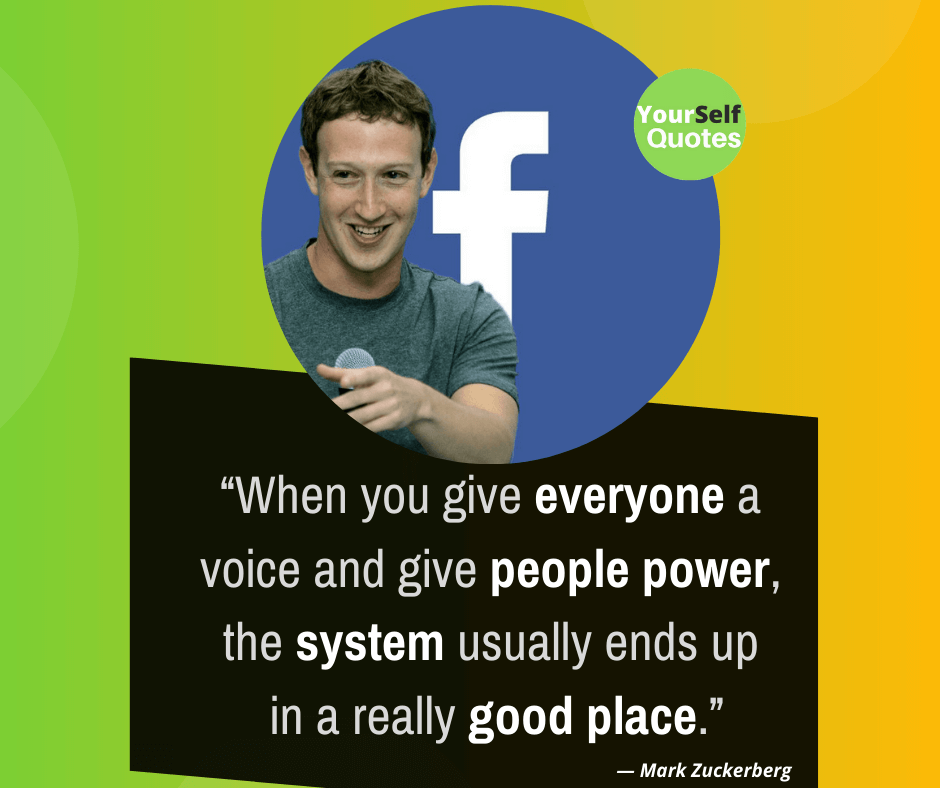 “I think a simple rule of business is, if you do the things that are easier first, then you can actually make a lot of progress.” ― Mark Zuckerberg

“Your goal should never be starting a company. Focus on the change you want to make.” ― Mark Zuckerberg 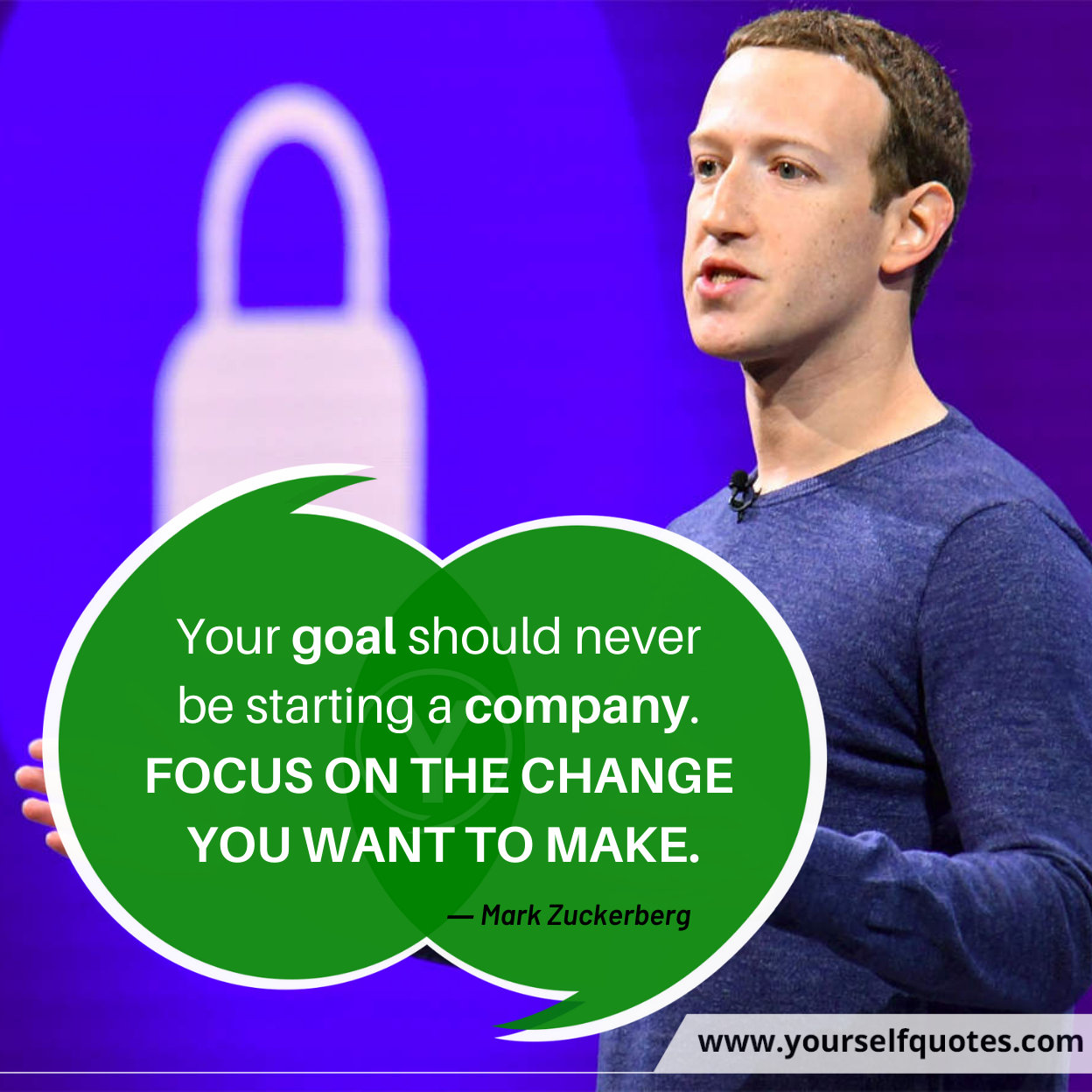 “Don’t let anyone tell you to change who you are.” ― Mark Zuckerberg 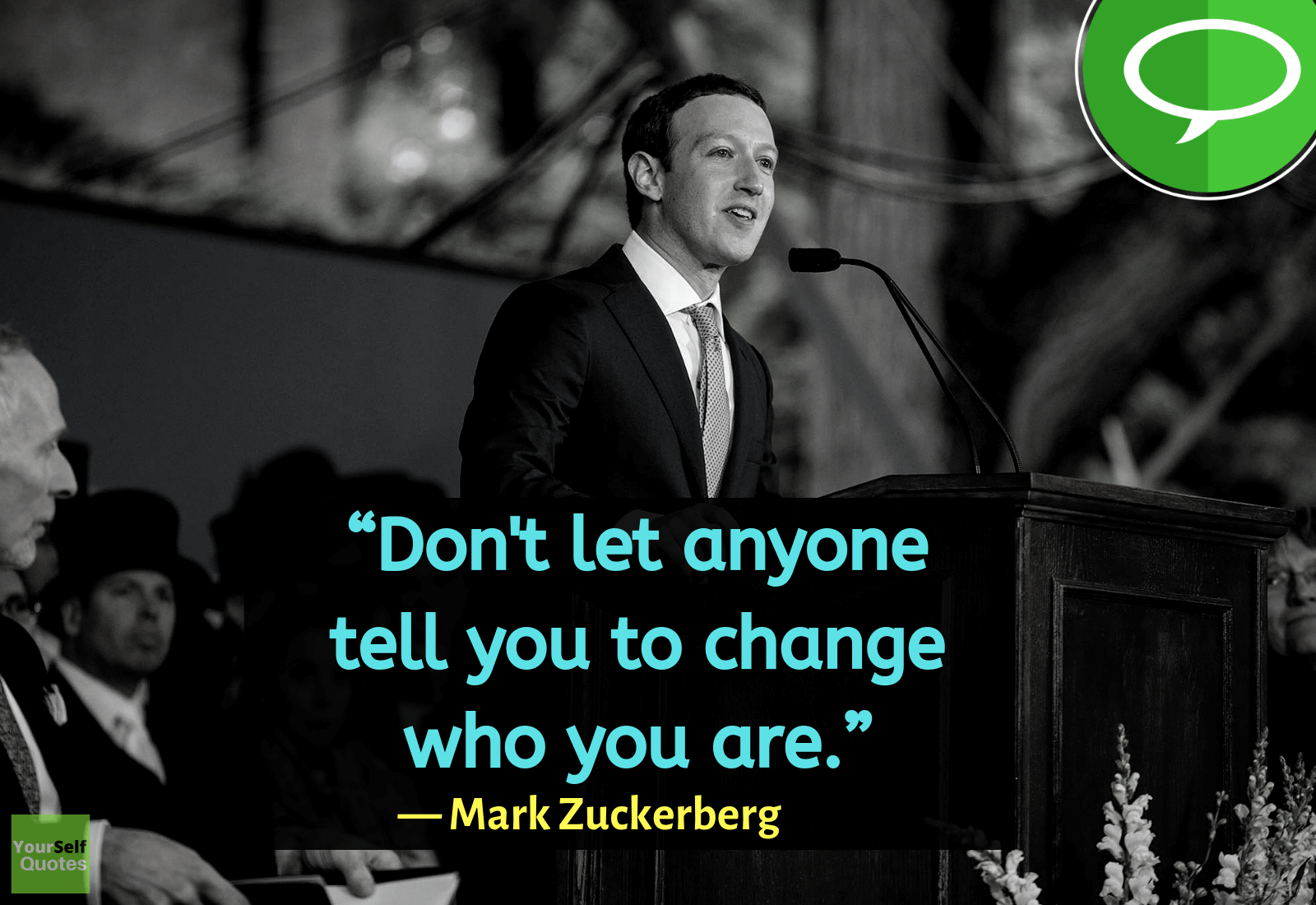 “Helping a billion people connect is amazing, humbling and by far the thing I am most proud of in my life.” ― Mark Zuckerberg 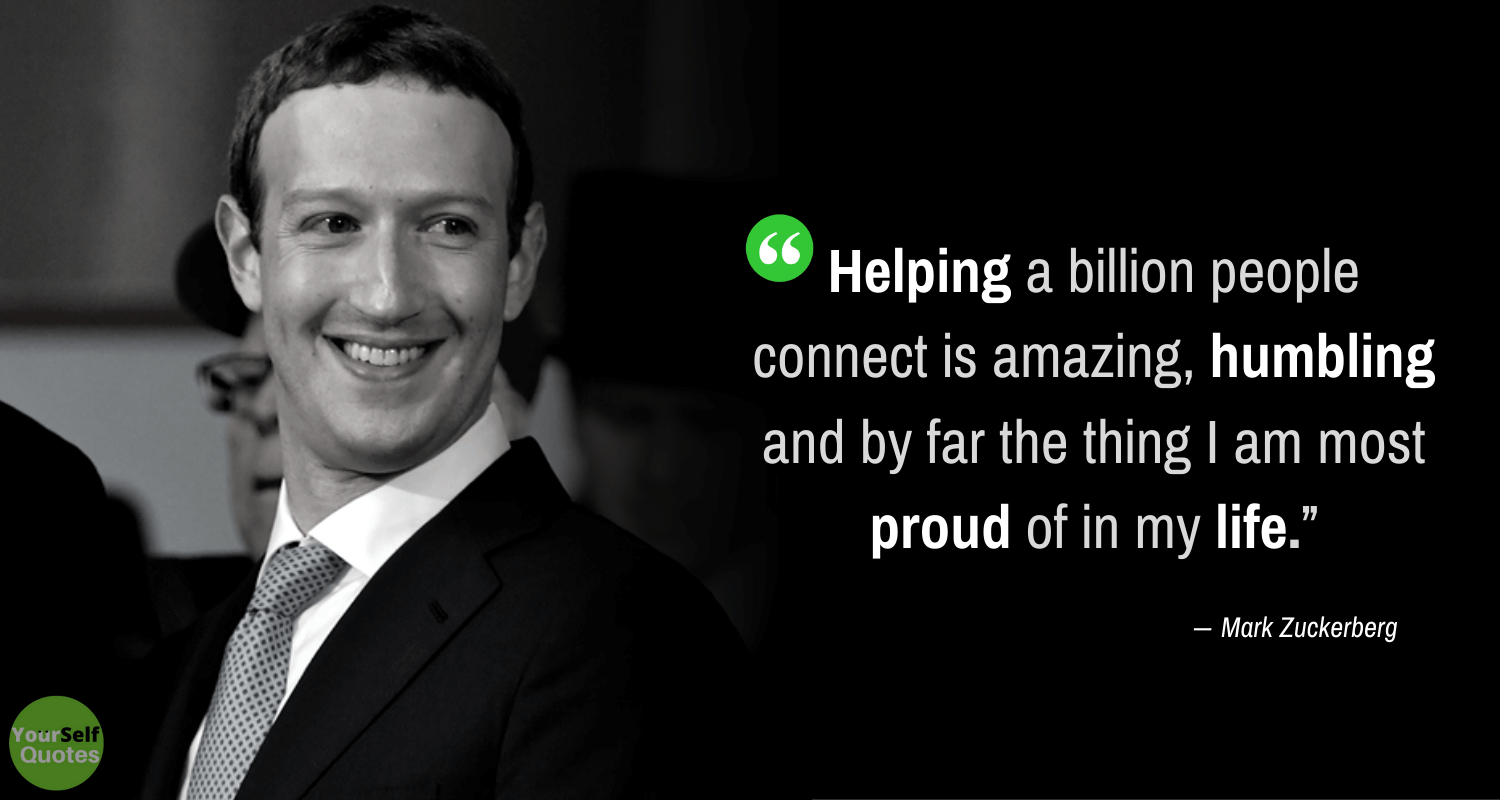 “The thing that we are trying to do at Facebook, is just help people connect and communicate more efficiently.” ― Mark Zuckerberg 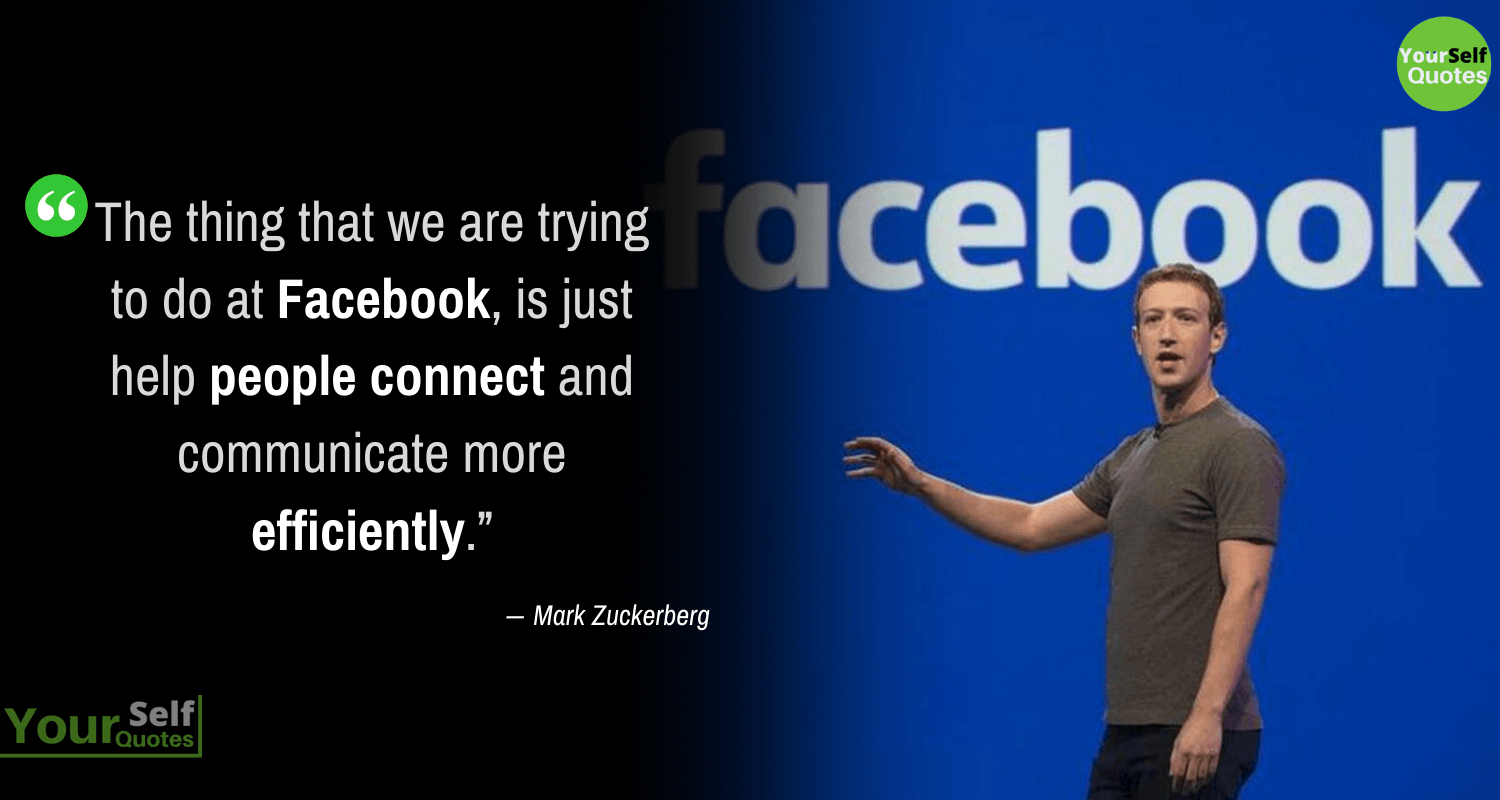 “If you’re always under the pressure of real identity. I think that is somewhat of a burden.” ―Mark Zuckerberg 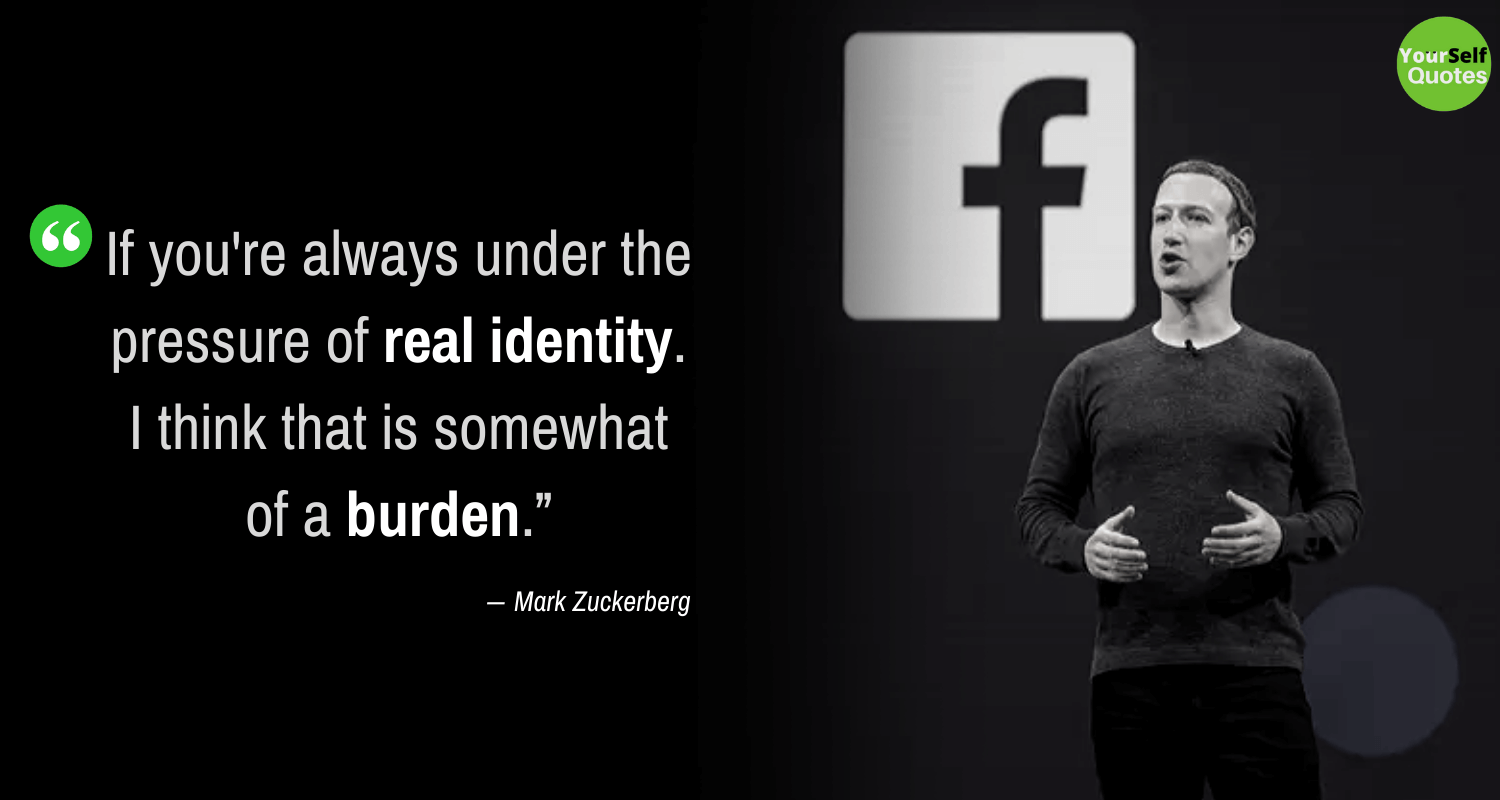 “The biggest risk is not taking any risk… In a world that changing really quickly, the only strategy that is guaranteed to fail is not taking risks.” ― Mark Zuckerberg

“There’s a difference between being obsessed and being motivated.” ―Mark Zuckerberg 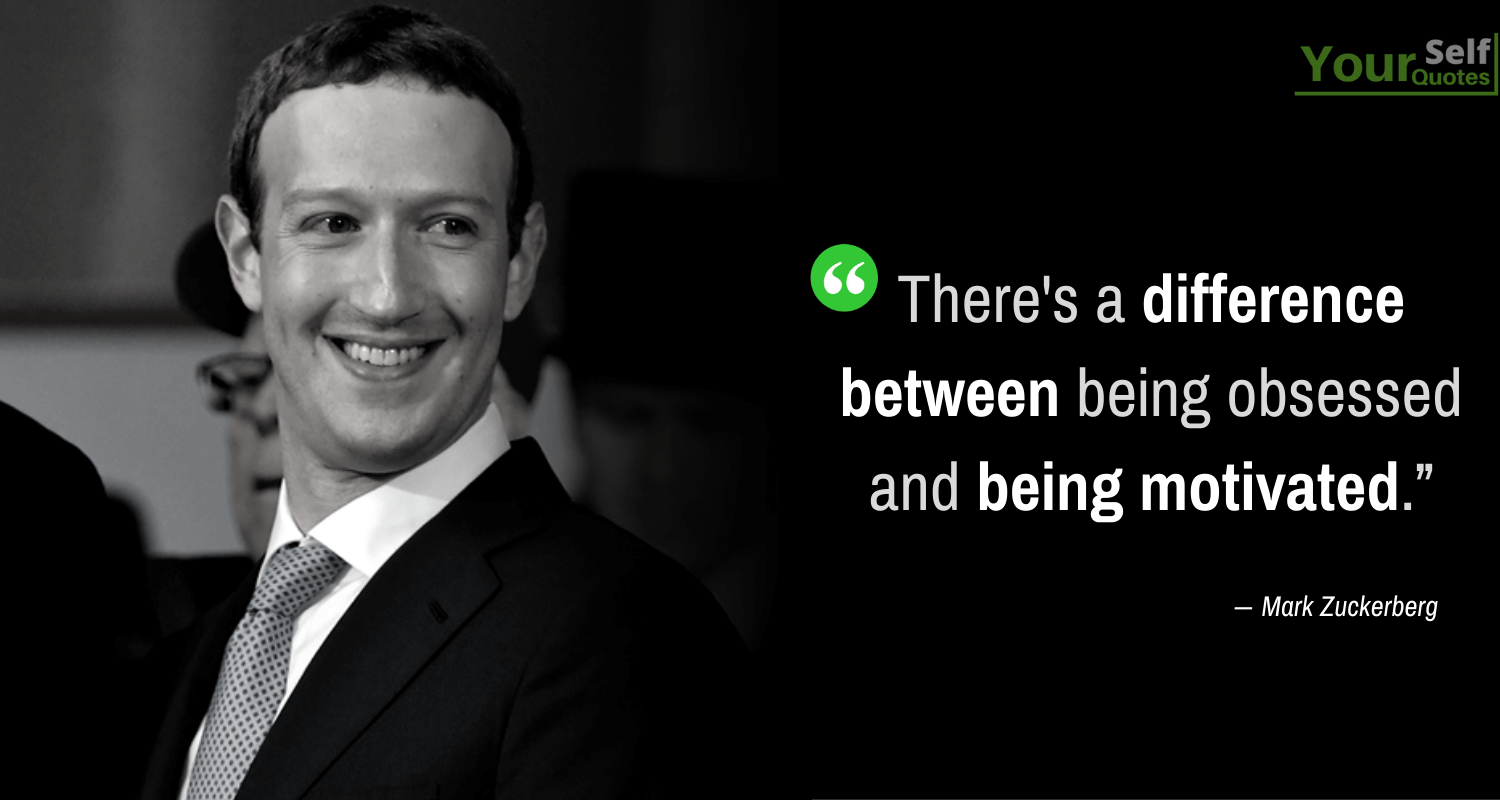 “We are all human, no one is perfect. Focus not on the mistakes but as much good as you cannot was all trial and error. You cannot be afraid of making mistakes.” ― Mark Zuckerberg 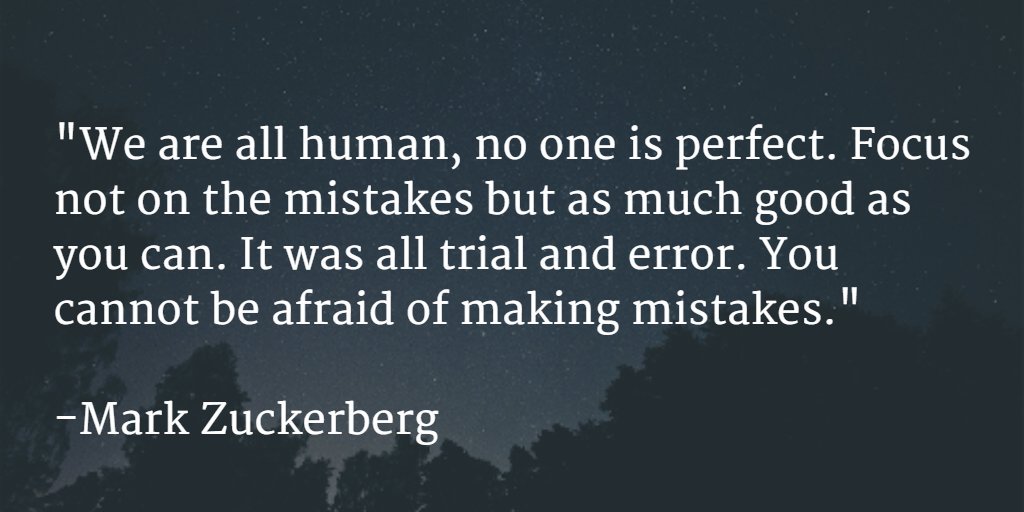 “I started the site when I was 19. I didn’t know much about business back then.” ― Mark Zuckerberg

“People can be really smart or have skills that are directly applicable, but if they don’t really believe in it, then they are not going to really work hard.”

“A guy how makes a new chair doesn’t owe money to everyone who ever built a chair.” ― Mark Zuckerberg 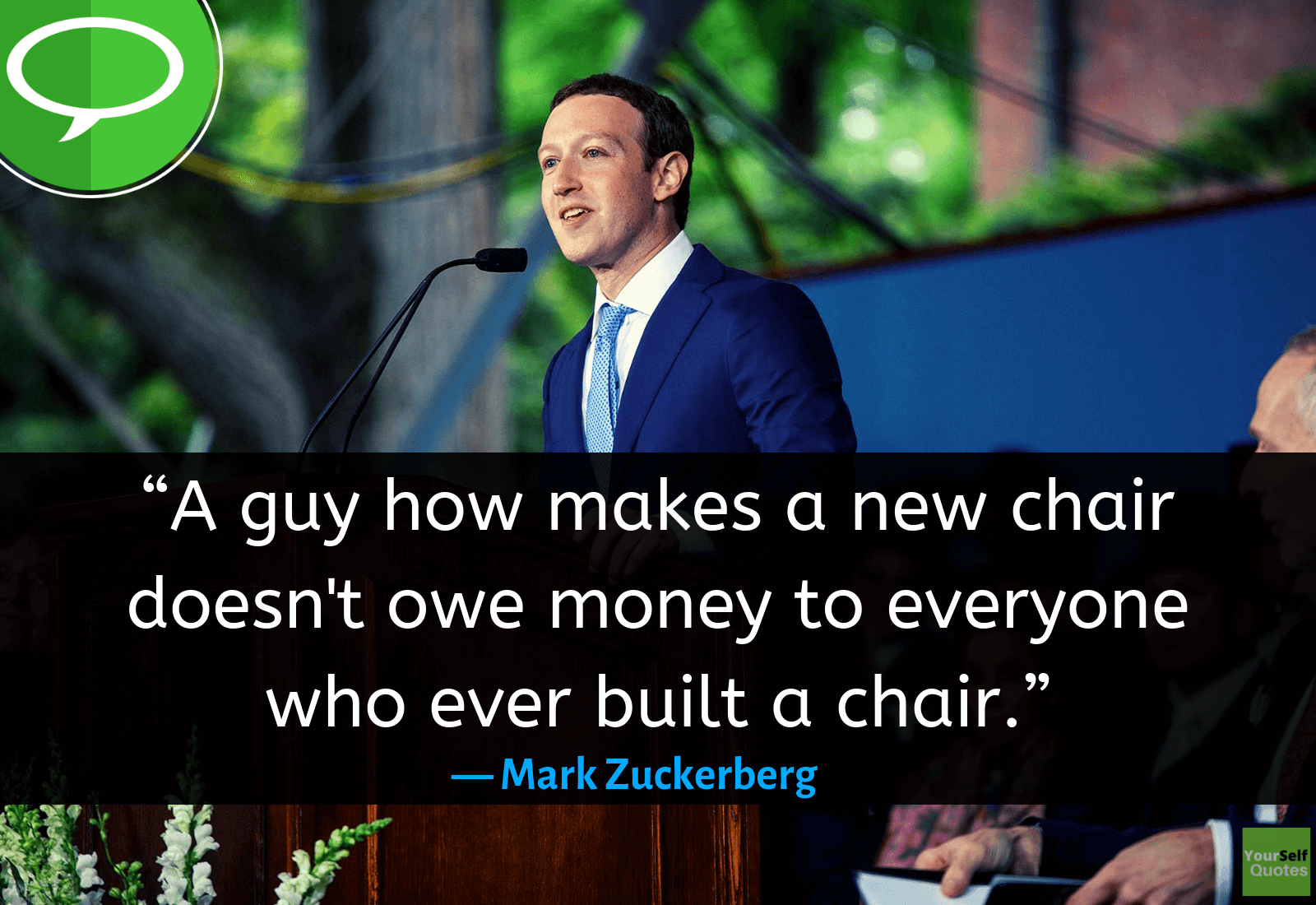 “Having two identities for yourself is an example of a lack of integrity.” ― Mark Zuckerberg 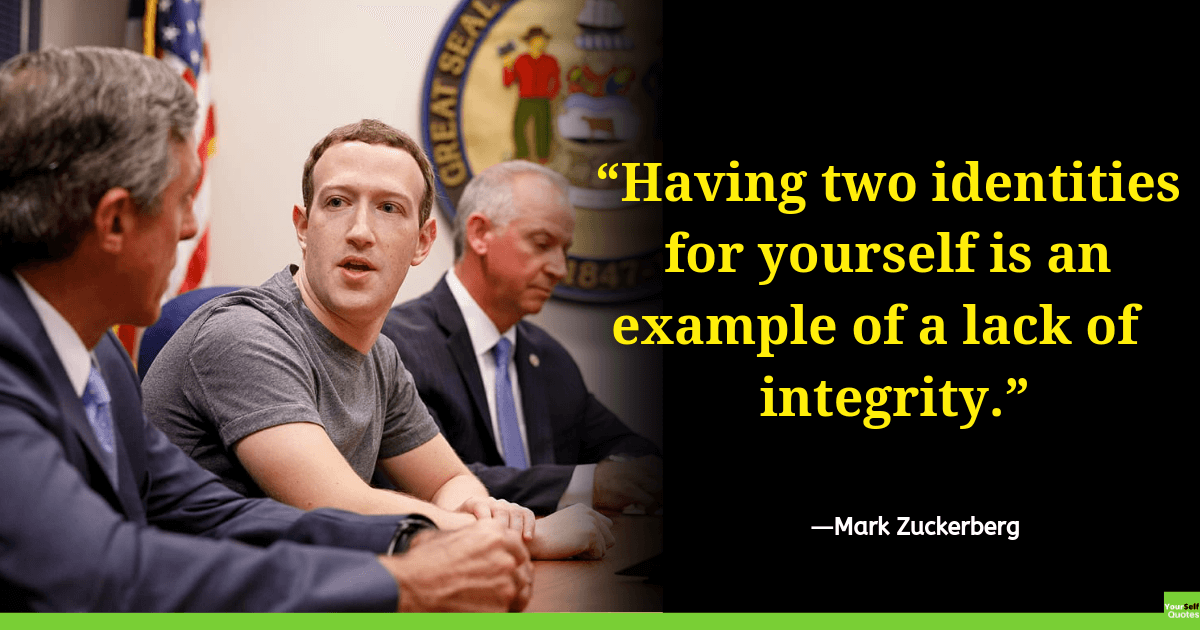 “You are better off trying something and having it not work and learning from that than not doing anything at all.” ― Mark Zuckerberg 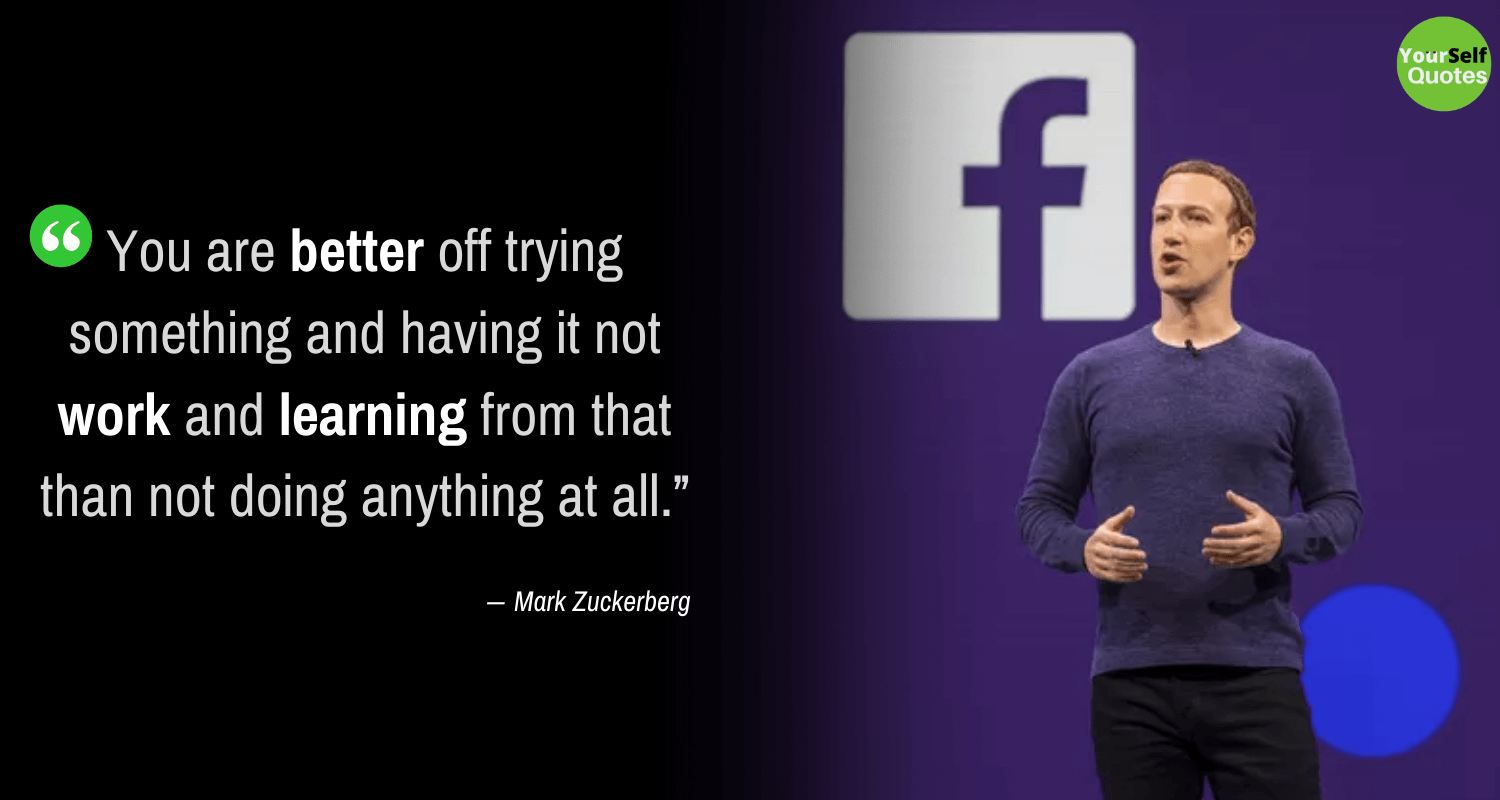 “Don’t discount yourself, no matter what you’re doing. Everyone has a unique perspective that they can bring to the world.” ― Mark Zuckerberg 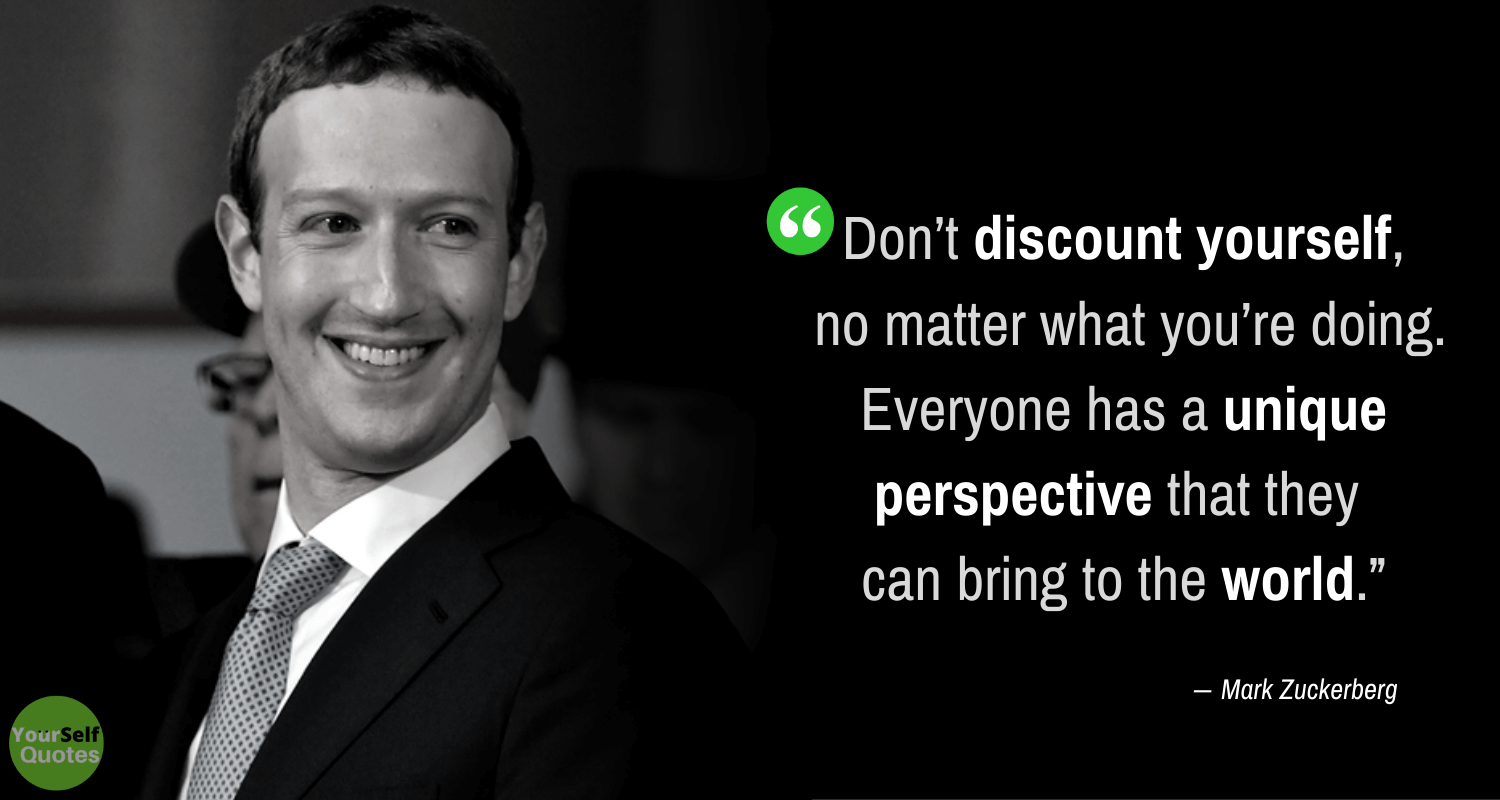 “You don’t let people deter you. That’s how you do it.” ― Mark Zuckerberg 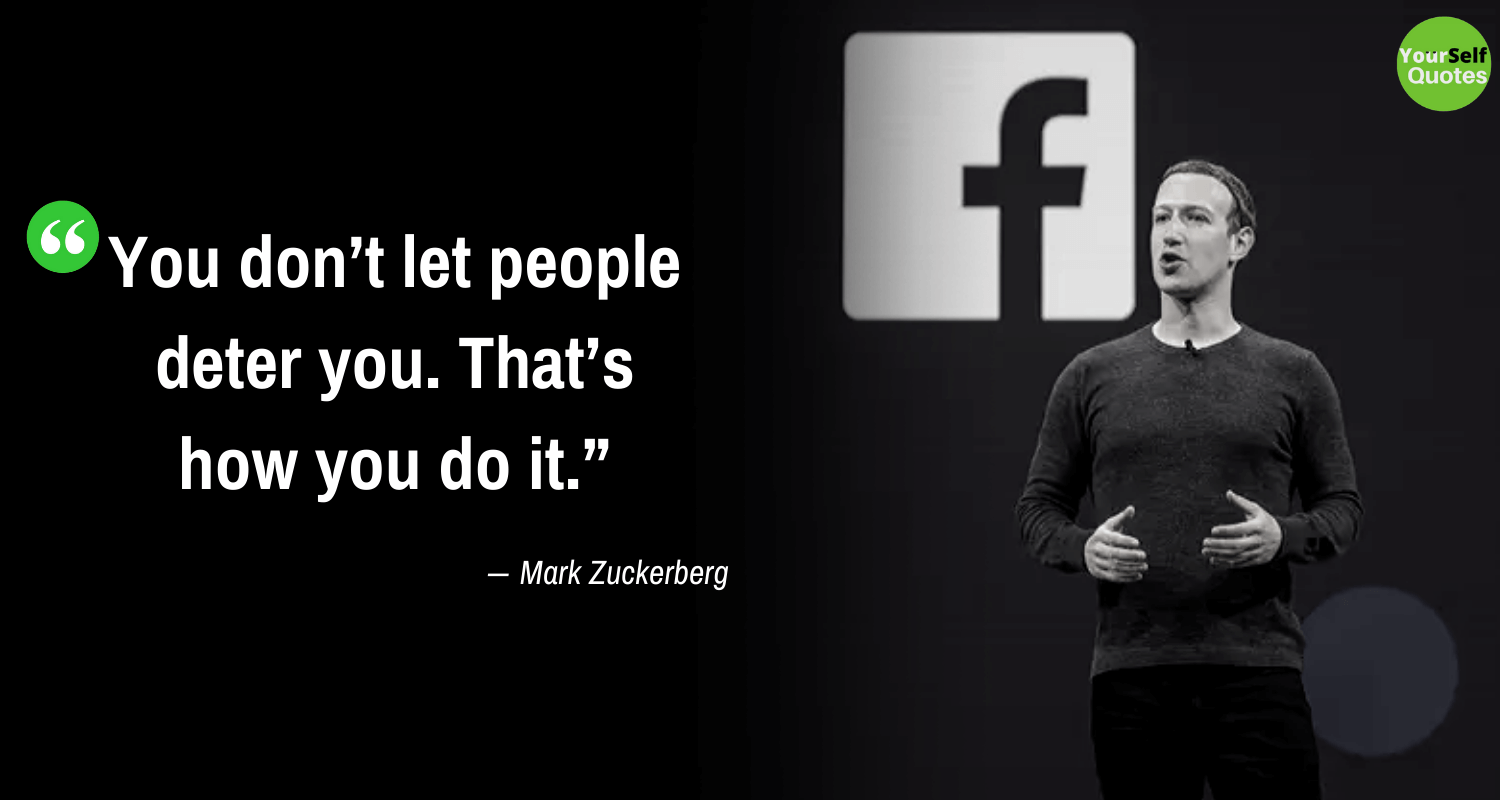 “Some people dream of success, while others wake up and work hard at it.” ― Mark Zuckerberg 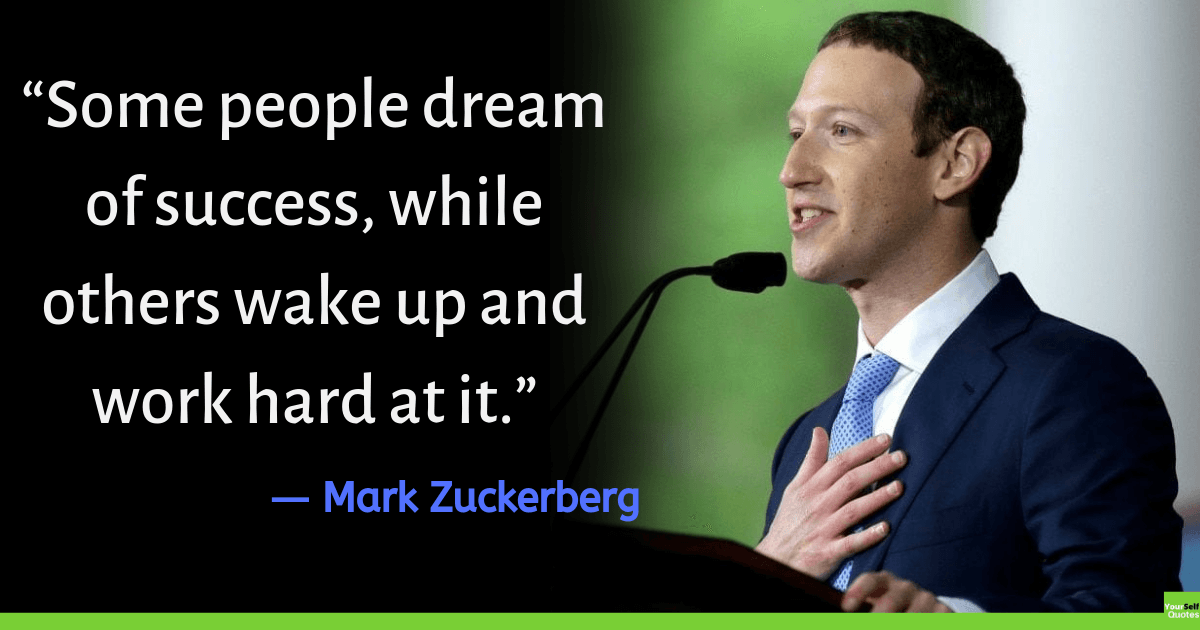 “It takes courage to choose hope over fear.” ― Mark Zuckerberg 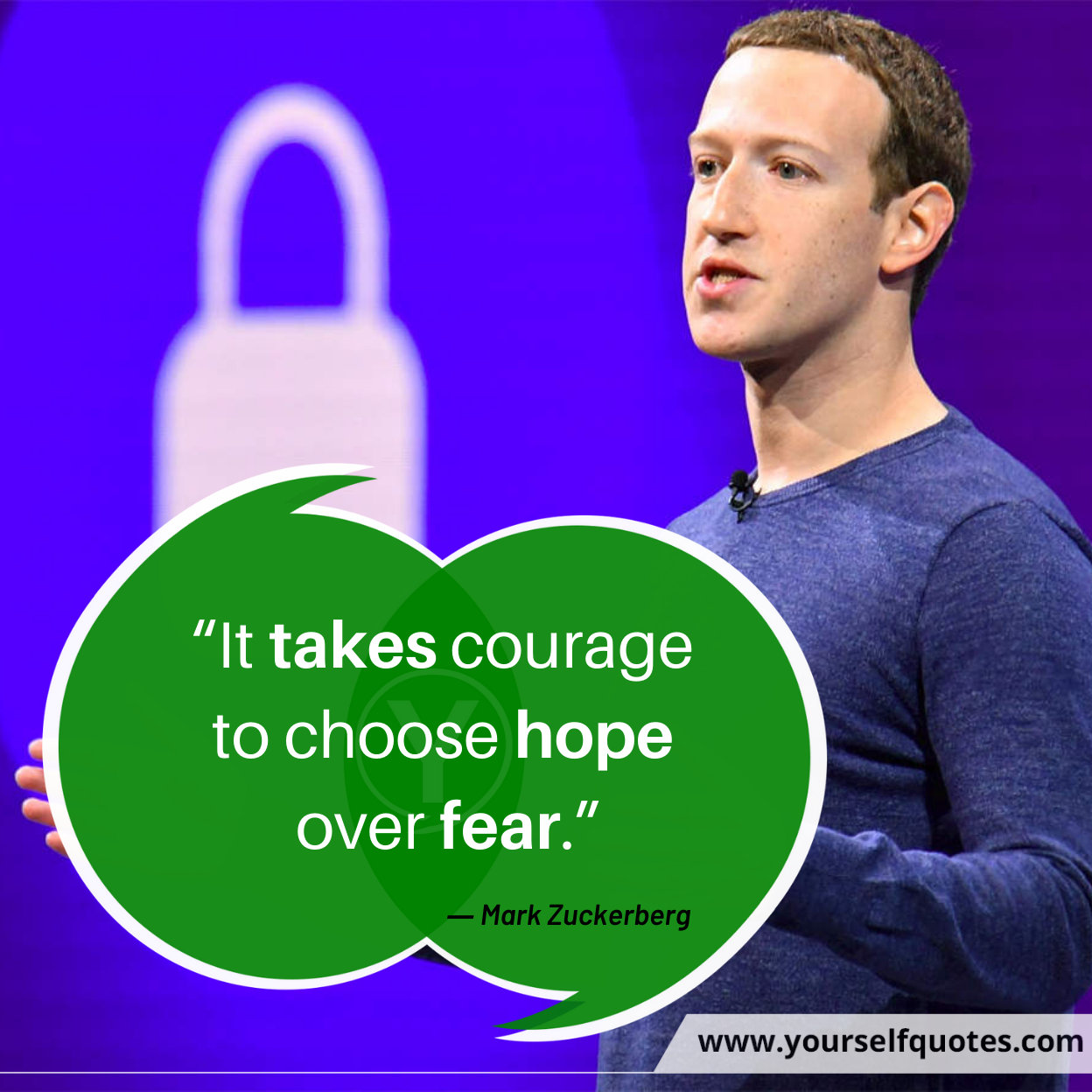 Can you imagine life today without Facebook? Most probably your answer will be NO. Of course Facebook today has become a part & parcel of our daily life. And this is a blessing and gift from the technology master Mark Zuckerberg. Yes, he created this social media platform at a very young age of just 19 years. And became popular among the masses. Mark Zuckerberg has been named amongst the 100 wealthiest and most influential people in the world. He was awarded the Person of the Year Award in 2010. 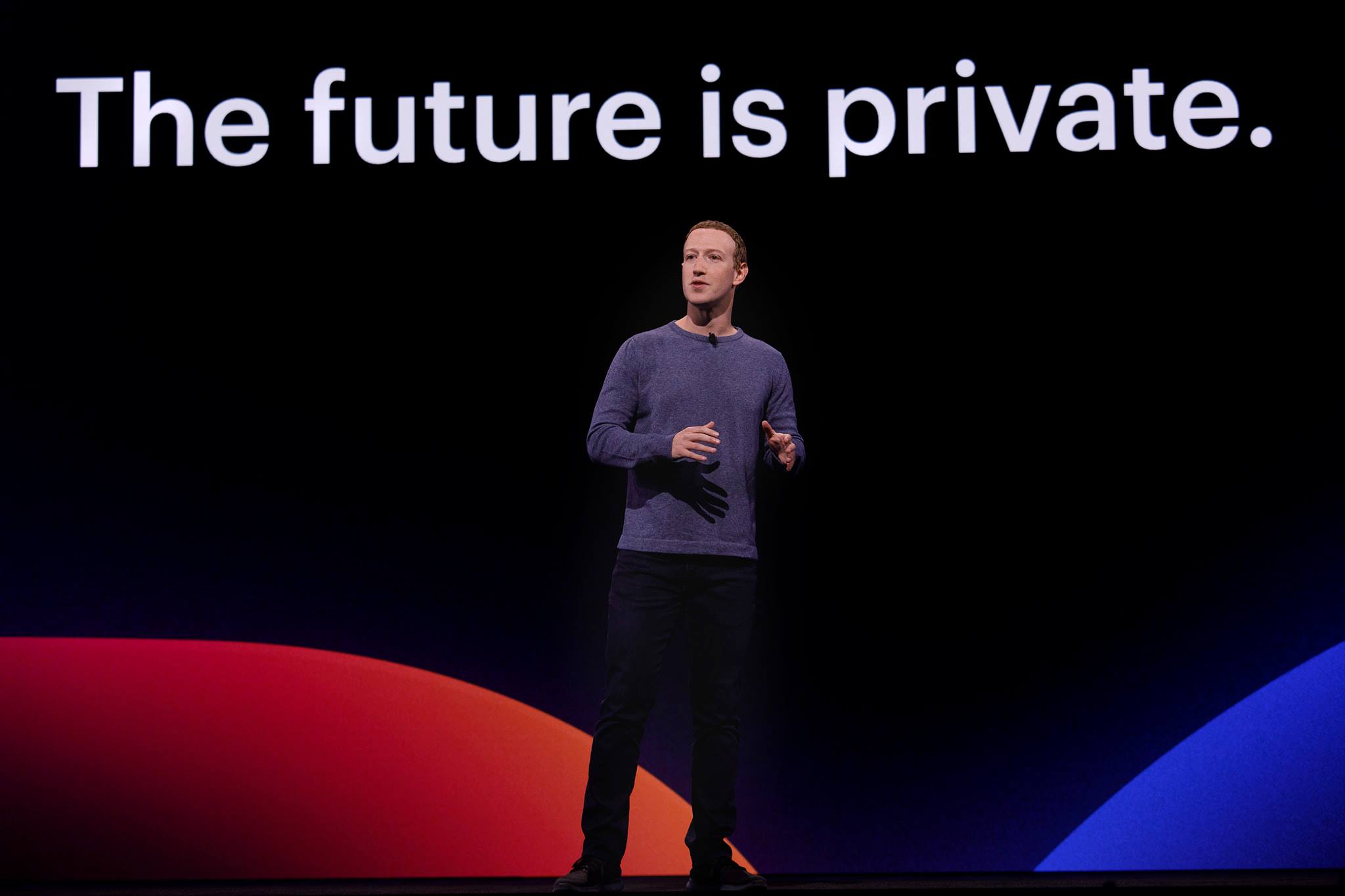 Today “Mark Zuckerberg“ is one of the World’s Most Powerful People.

I hope you are astonished by knowing this influential personality. Now it’s your turn to influence your near and dear ones by sharing remarkable Quotes by Mark Zuckerberg.

Thanks for viewing this collection of the Best Mark Zuckerberg Quotes! Don’t forget to share them on social media.