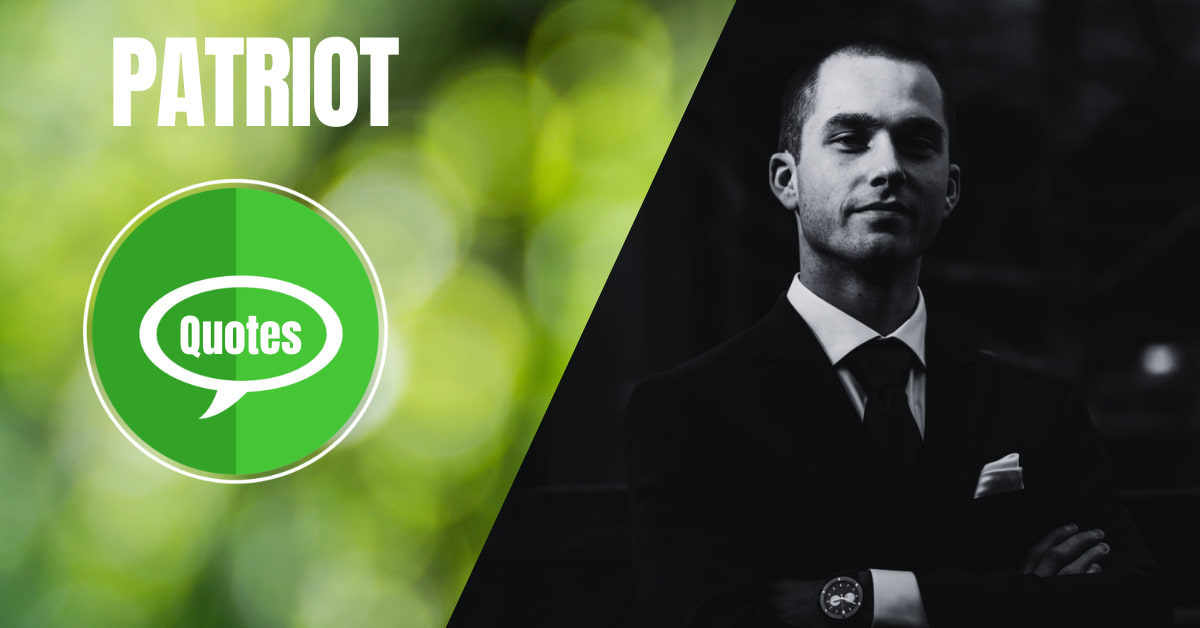 “It is lamentable, that to be a good patriot one must become the enemy of the rest of mankind.” 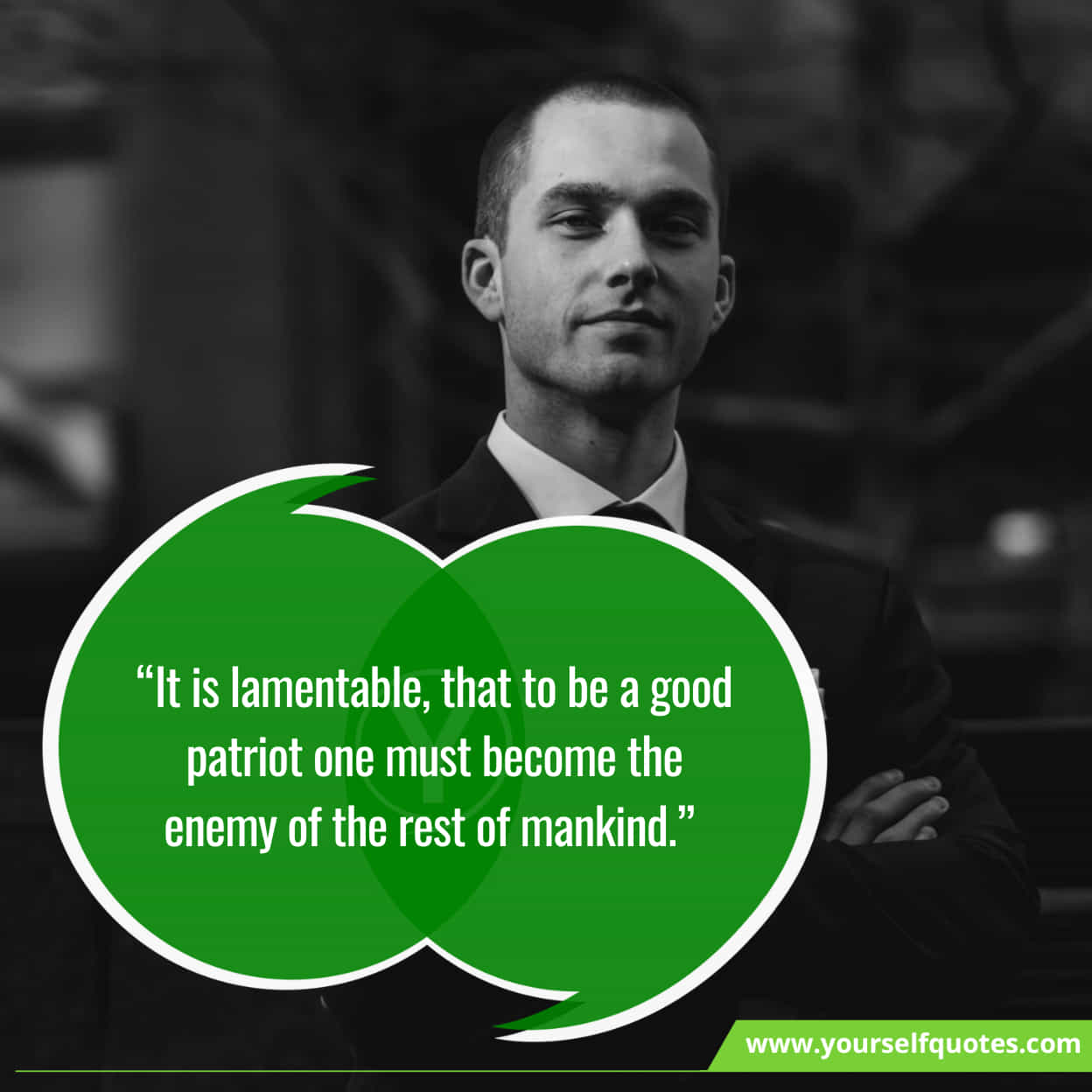 “I have always regarded myself, in the first place, as an African patriot.” ― Nelson Mandela

“Patriotism is about a desire for progress, not a yearning for repetition.” ― Gina Barreca

“There is much more to being a patriot and a citizen than reciting the pledge or raising a flag.” 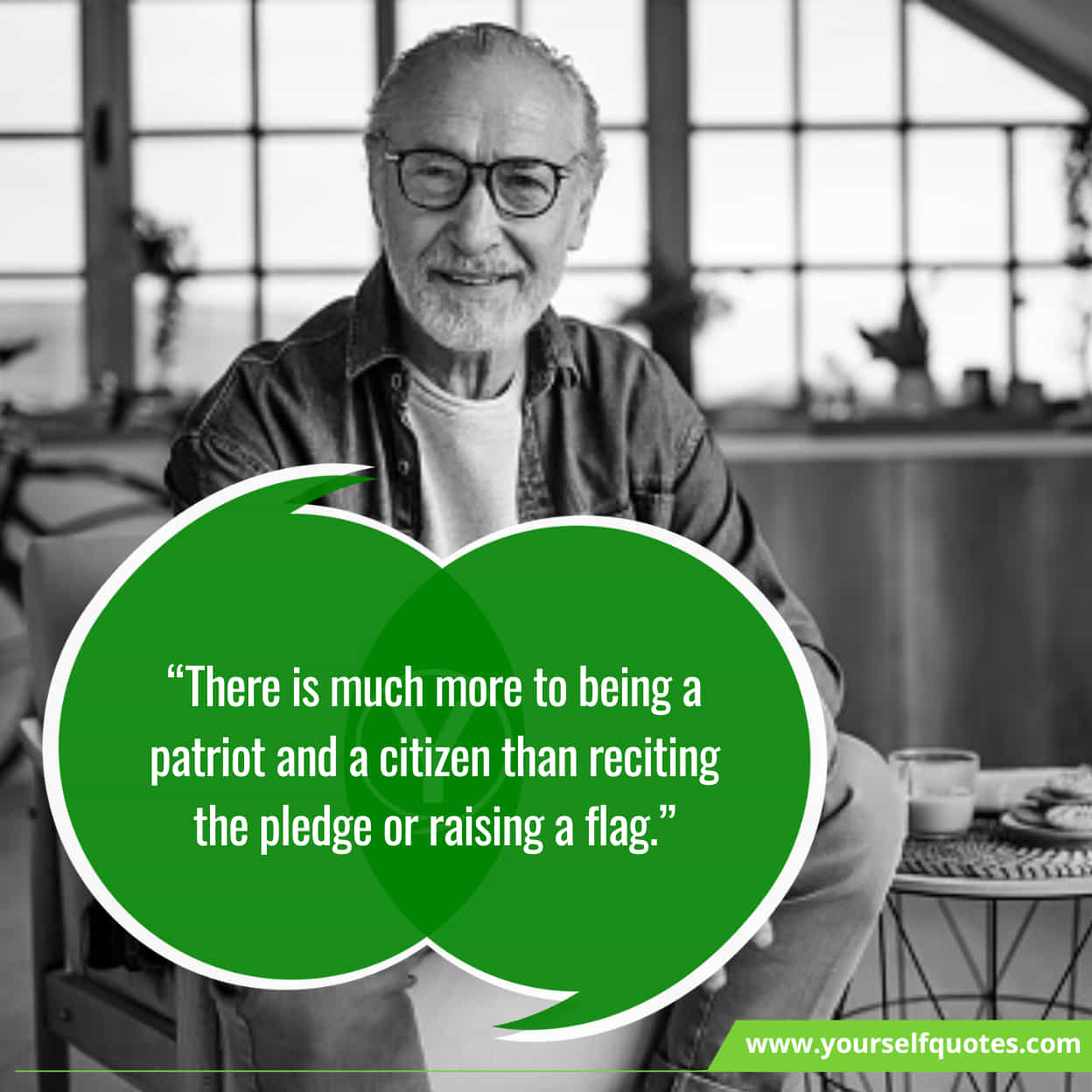 “You’re not supposed to be so blind with patriotism that you can’t face reality. Wrong is wrong, no matter who does it or says it.”

“The same ambition can destroy or save, and make a patriot as it makes a knave.” ― Alexander Pope

“Liberty is a constant battle between government; who would limit it, people; who would concede it, and patriots; who would defend it.” ― Samuel R. Young Jr.

“A politician will do anything to keep his job, even become a patriot.” 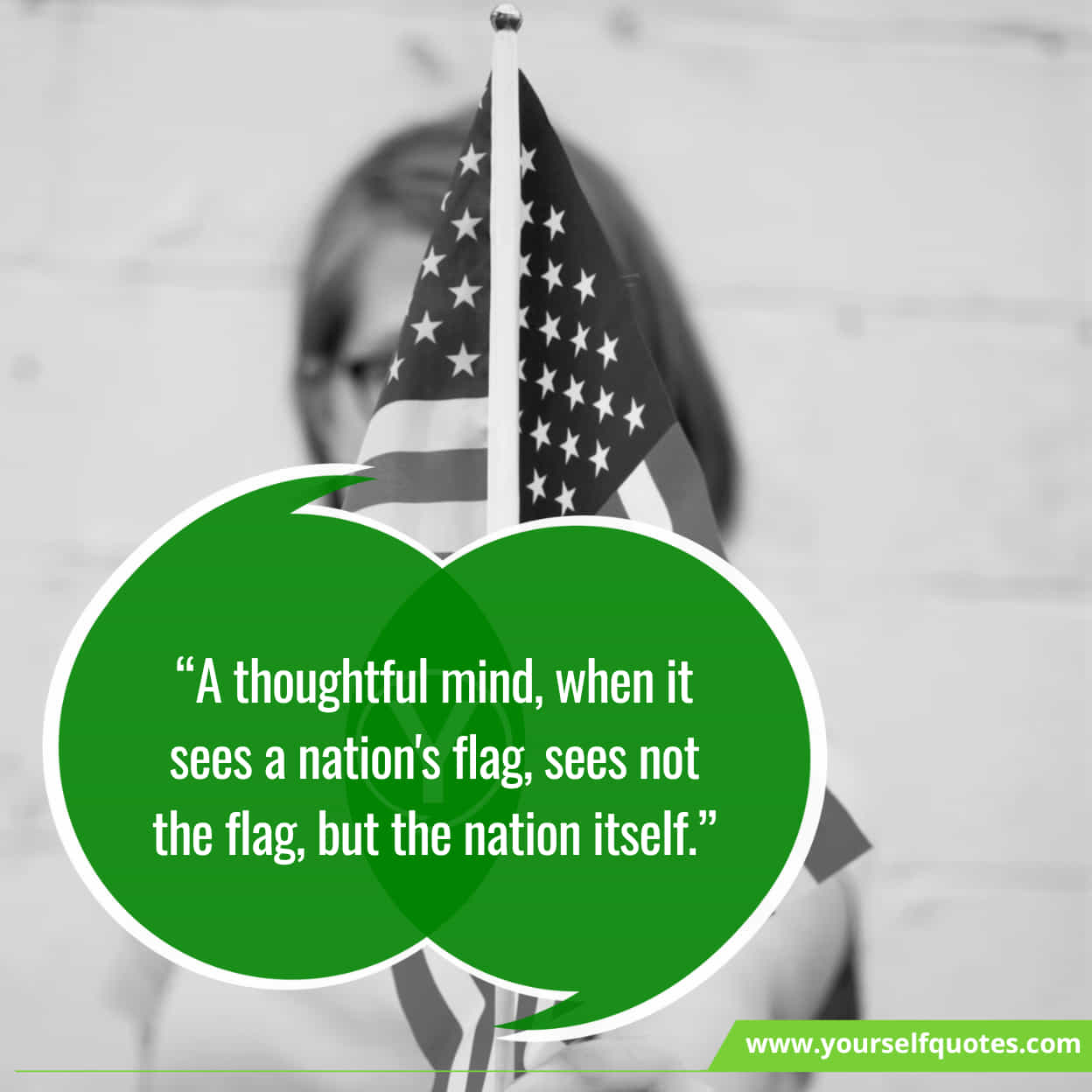 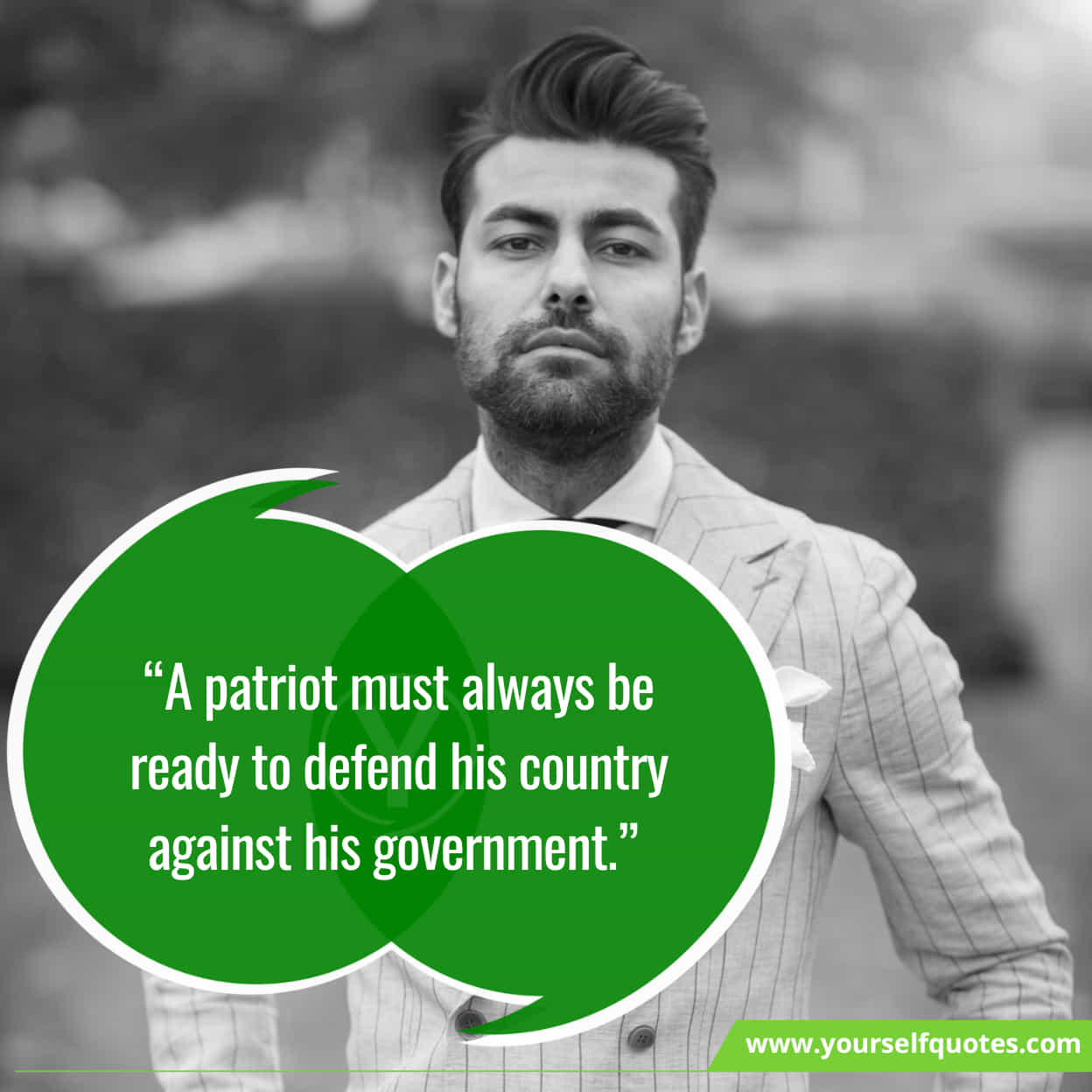 Best Quotes To Being Great Patriot

“A man’s feet should be planted in his country, but his eyes should survey the world.” 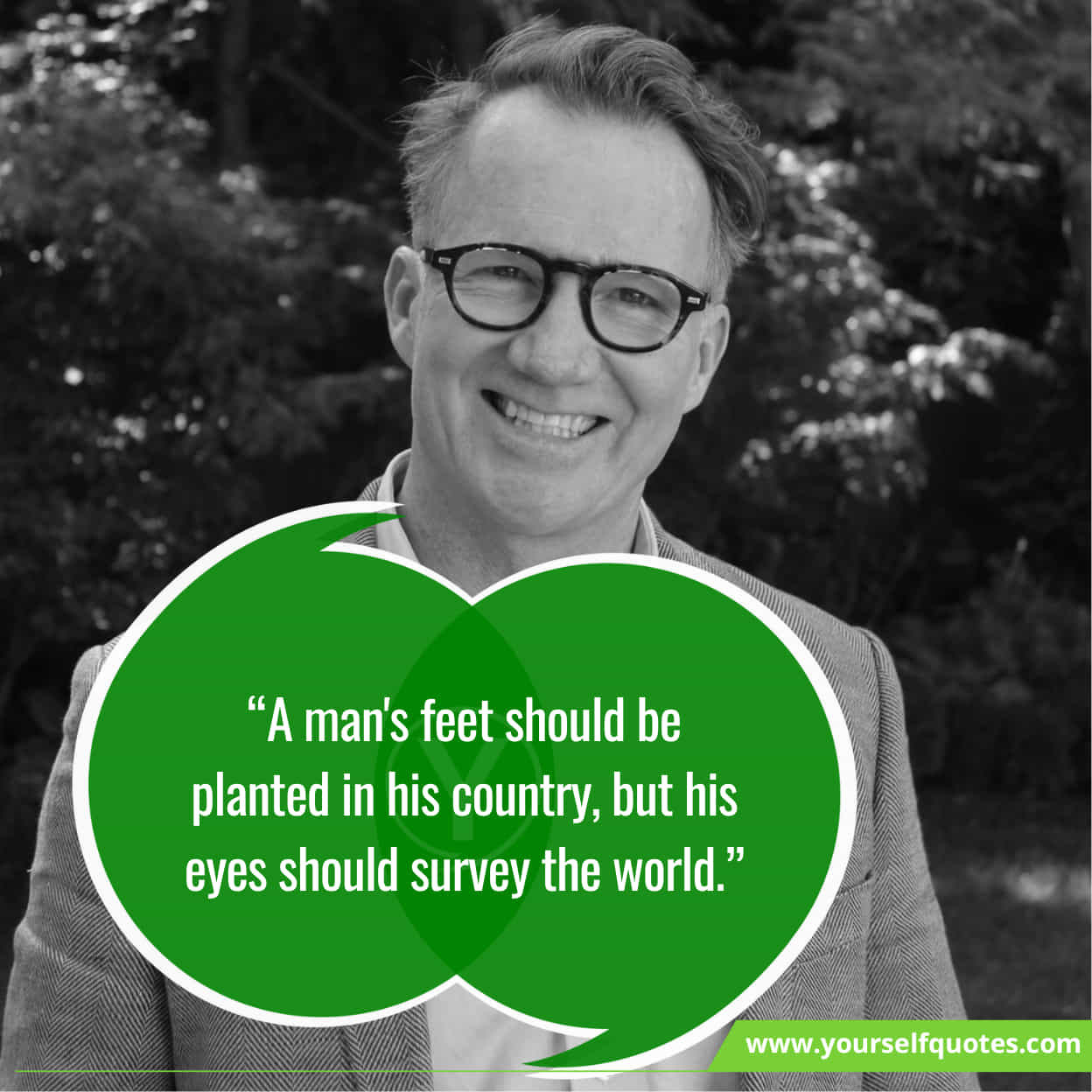 Quotes For Being Great Patriot

“Someday, I hope that we will all be patriots of our planet and not just of our respective nations.”

“A patriot is not someone who condones the conduct of our country whatever it does.”

“Patriotism is the narcissism of countries.” 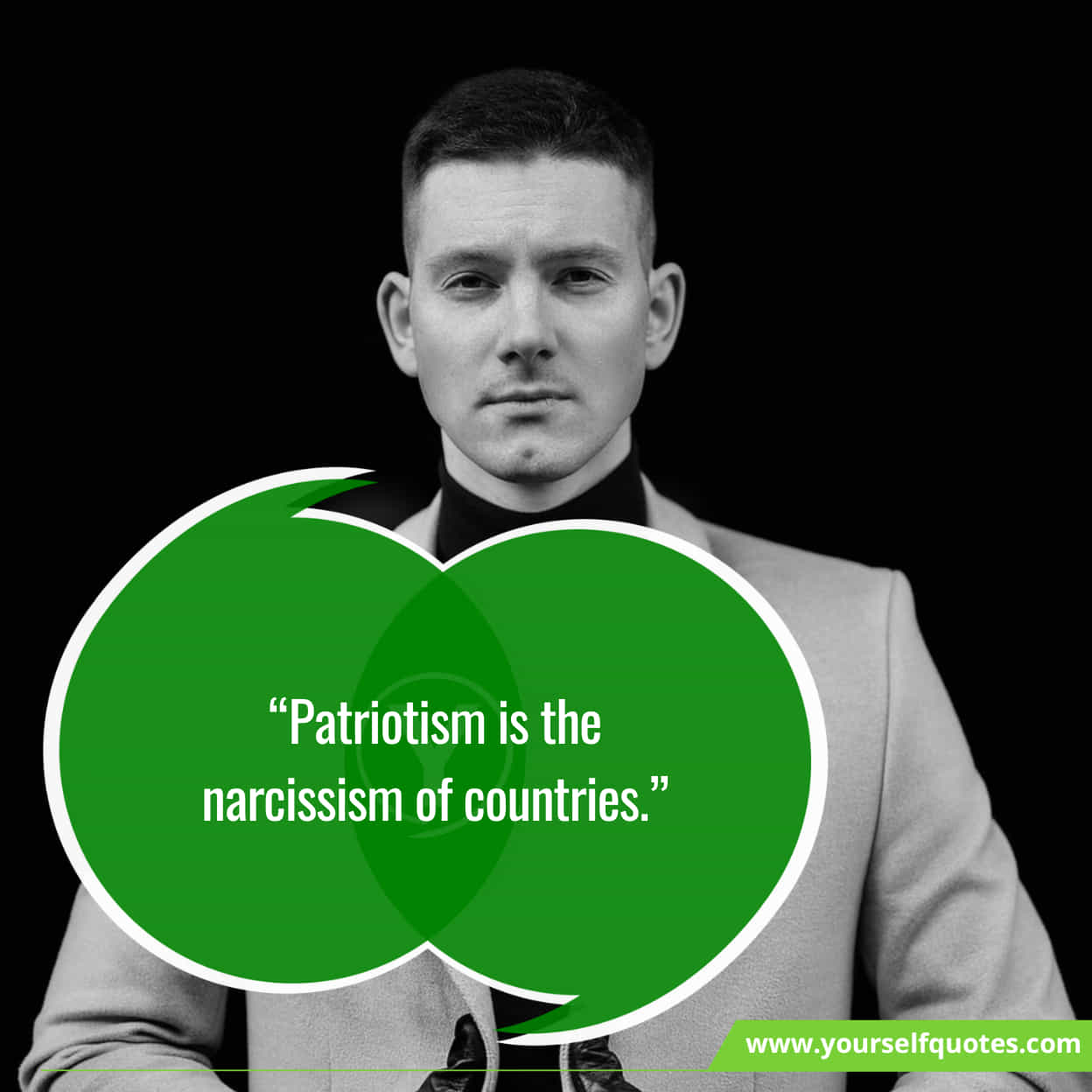 Best Quotes To Being Great Patriot

“The only time for blind patriotism is when standing blindfolded before a firing squad.”

“No country is greater than another, for each country has its strongholds as well as shortfalls.”

“Remember, you must always put your country first, your family second, and yourself third.”

“Pronoun abuse is when a politician demands to be identified as a patriot.”

“You cannot separate peace and freedom. Because no one can be at peace unless he has his freedom.” 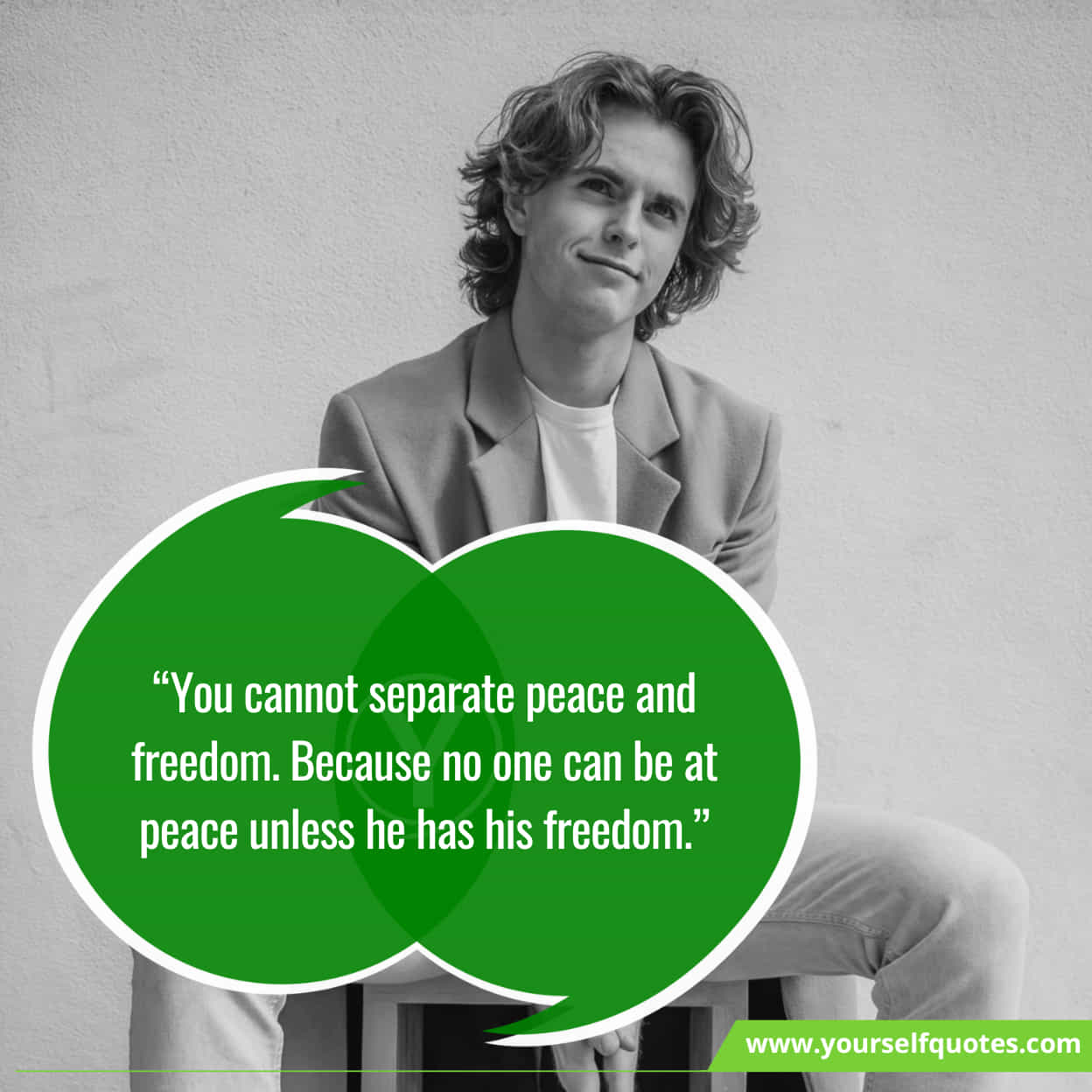 “The patriot volunteer, fighting for country and his rights, makes the most reliable soldier on earth.”

“Patriots must have the ideas and the tools so that we can recruit, sow the seeds of doubt, and take the fight to the enemy’s safe place.”

“If Metias joined the Patriots, he’d be a Hacker too. If he were alive.”

“There is nothing wrong with America that cannot be cured with what is right in America.”

“That is truly beautiful and encouraging aspect of freedom; no one struggles for it just for himself.” 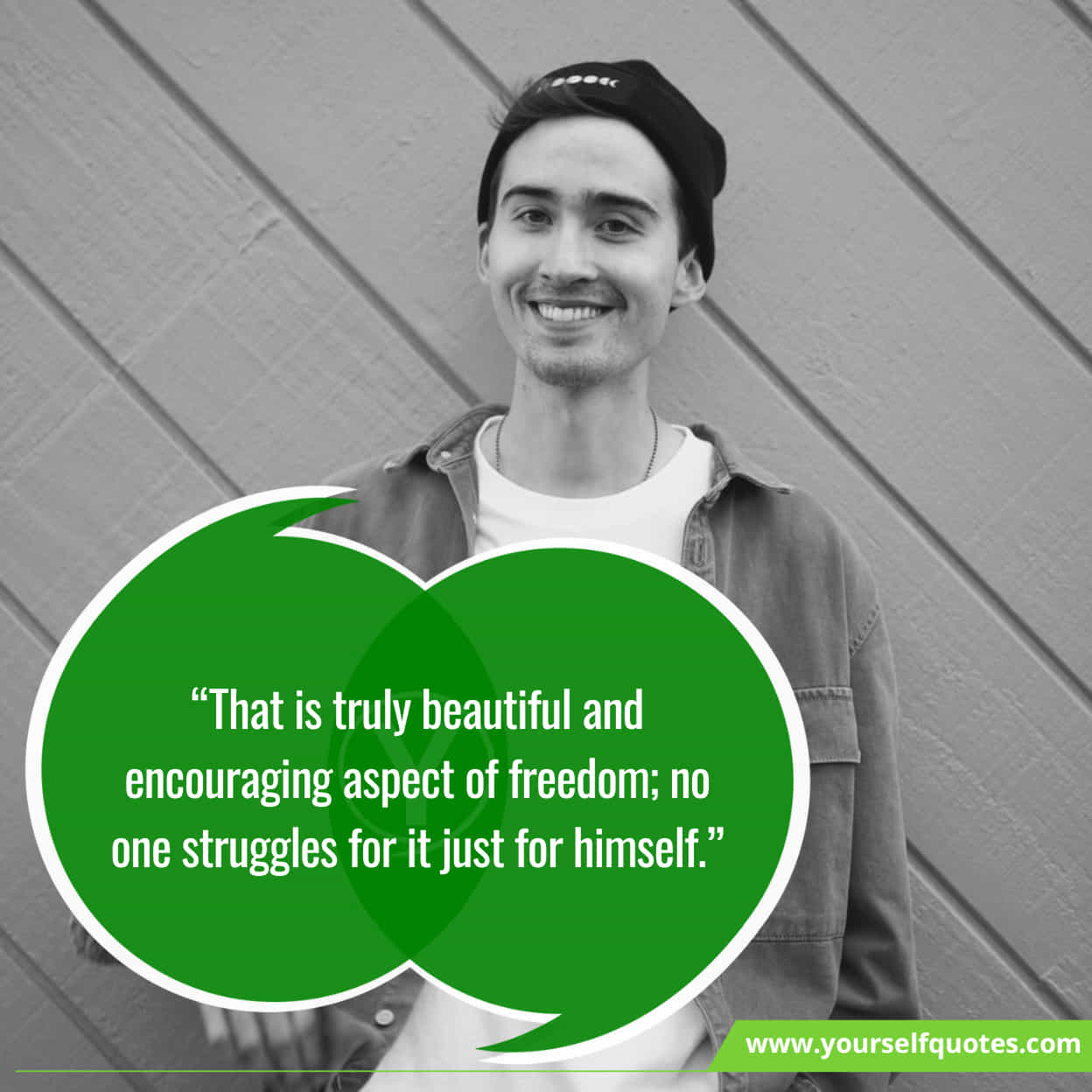 “The American flag represents all of us and all the values we hold sacred.”

“A real patriot is a fellow who gets a parking ticket and rejoices that the system works.”

“If there is no love for others, love of country is just a slogan.”

“The patriot volunteer, fighting for country and his rights, makes the most reliable soldier on earth.”

“May we never forget our fallen comrades. Freedom isn’t free.”

“Patriotism is being convinced your country is better because you were born in it.” 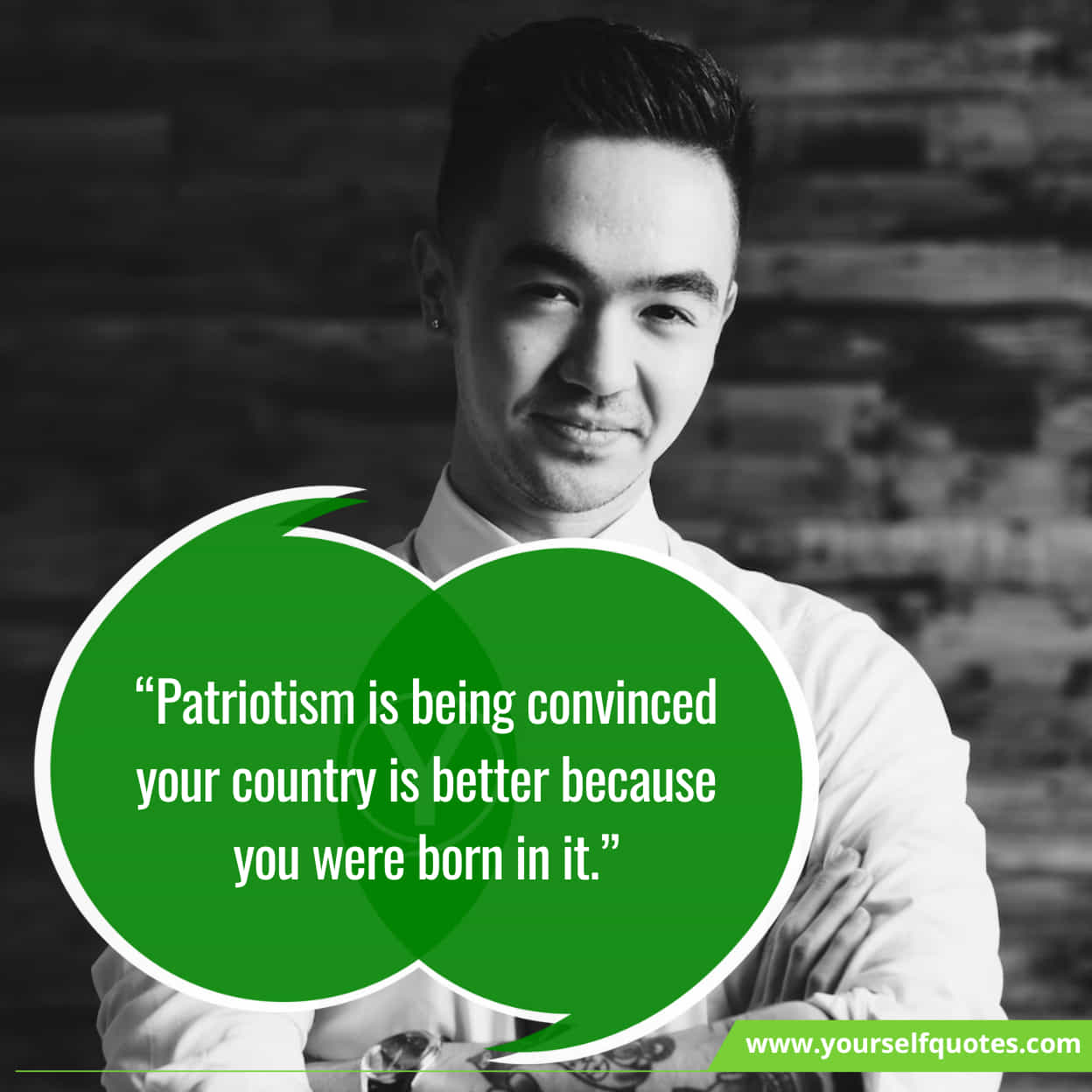 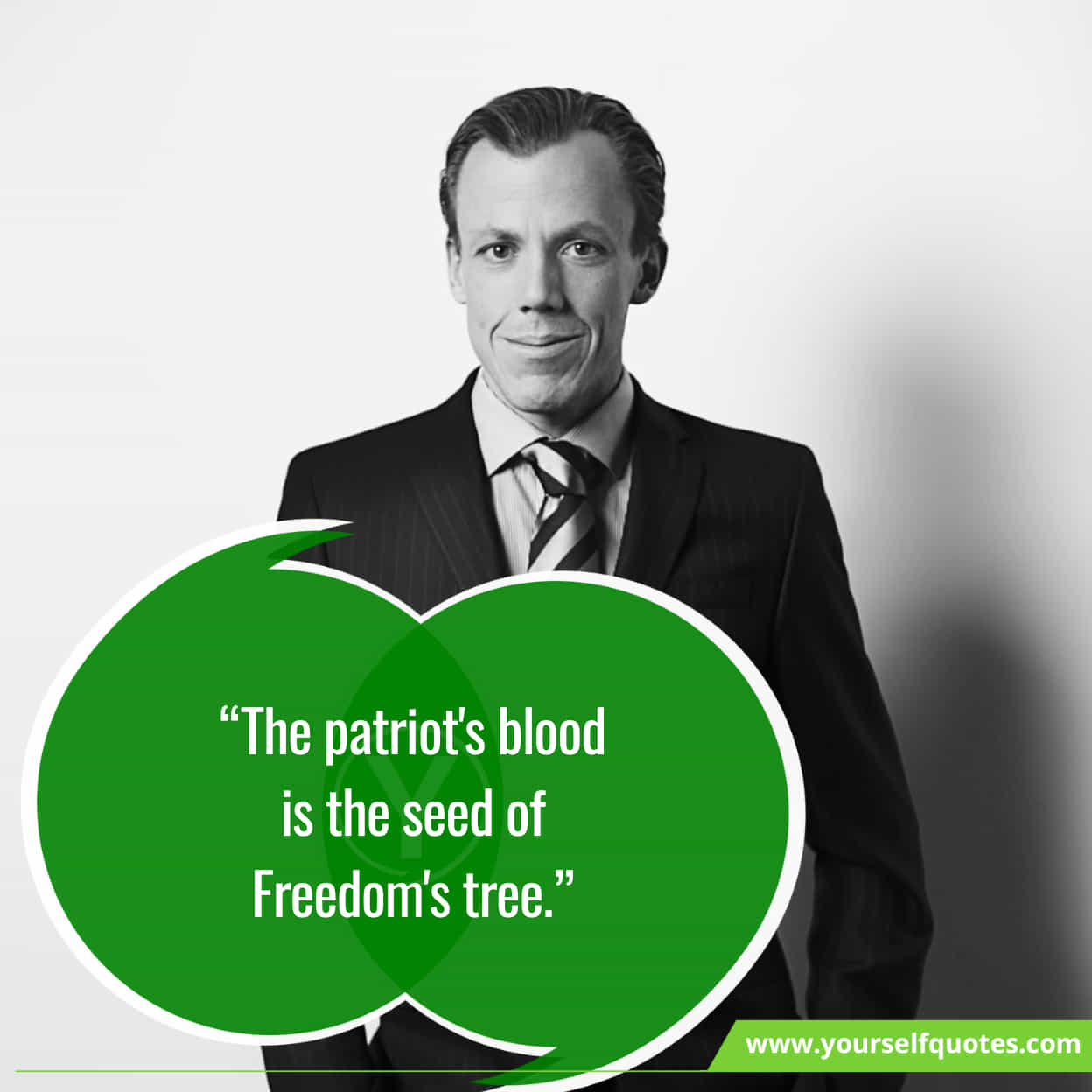 Which are your favourite Quotes About Patriots? Leave a comment below.

Positive Vibes Quotes That Will Enforce Positivity in Your Life