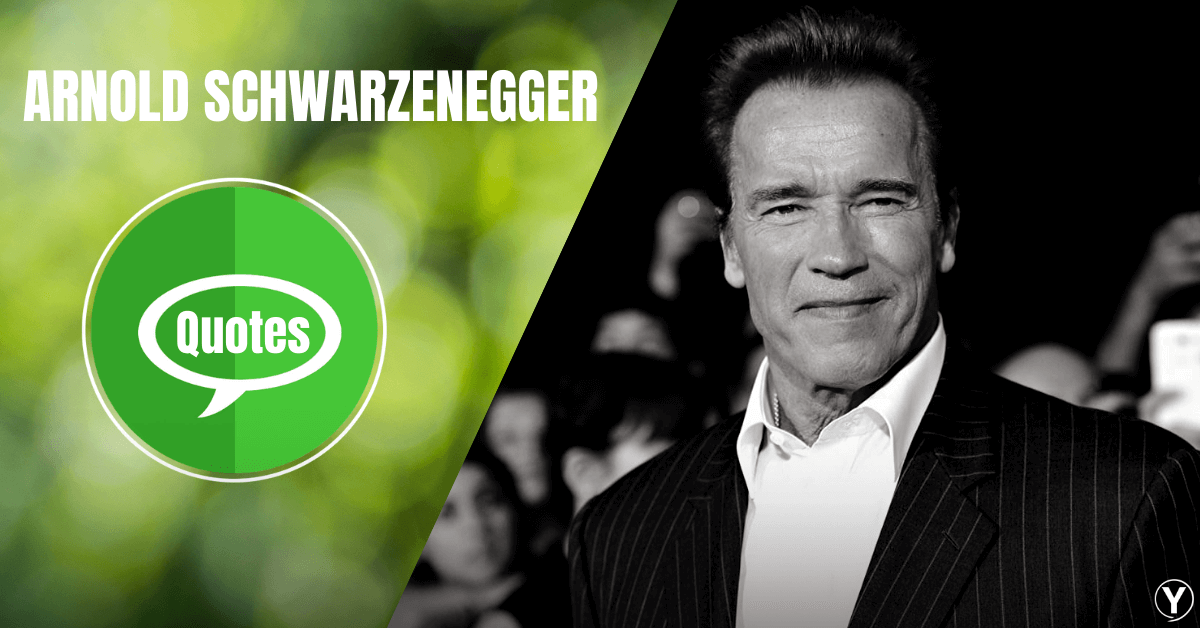 Arnold Alois Schwarzenegger is a notable Austrian-American politician, actor, filmmaker, businessman, author, and former professional bodybuilder. He served as a successful 38th Governor of California from 2003 to 2011.

Arnold Schwarzenegger Family: Arnold was born to Aurelia and Gustav Schwarzenegger. His father was the local chief of police and had served in World War II as a Hauptfeldwebel after voluntarily joining the Nazi Party in 1938.

Arnold is counted among the most prominent figures in the history of bodybuilding. He began lifting weights at the age of 15. His legacy is commemorated in the Arnold Classic Annual Bodybuilding competition. He had a keen interest in this field and was a strict follower in terms of bodybuilding. He bagged with the title of Mr. Europe at the age of 19 years. He used to participate and mostly won many bodybuilding contests. His some of the eminent bodybuilding victories included five Mr. Universe wins (4 – NABBA [England], 1 – IFBB [USA]), and seven Mr. Olympia wins, a record which would stand until Lee Haney won his eighth consecutive Mr. Olympia title in 1991.

After bodybuilding, he moved into acting. He first acted in 1969’s ‘Hercules in New York’, where he played the role of Hercules. He even acted in a body-building film named ‘Pumping Iron’. There are several other movies where he exhibited his talent such as ‘The Long Goodbye’, ‘Stay Hungry’, ‘The Villain’, ‘Commando’, ‘Raw Deal’, ‘Predator’, and many other in the row.

Finally, on 7th October 2003, he became Governor of California replacing Gray Davis. He married Maria Shriver, a niece of the 35th U.S. President John F. Kennedy and daughter of the 1972 Democratic vice presidential candidate and former Ambassador to France Sargent Shriver, in 1986.

Arnold is a strong and inspiring personality in history. So let’s catch up with the ultimate Arnold Schwarzenegger Quotes for supreme energy.

“You can’t climb the ladder of success with your hands in your pocket.” — Arnold Schwarenegger 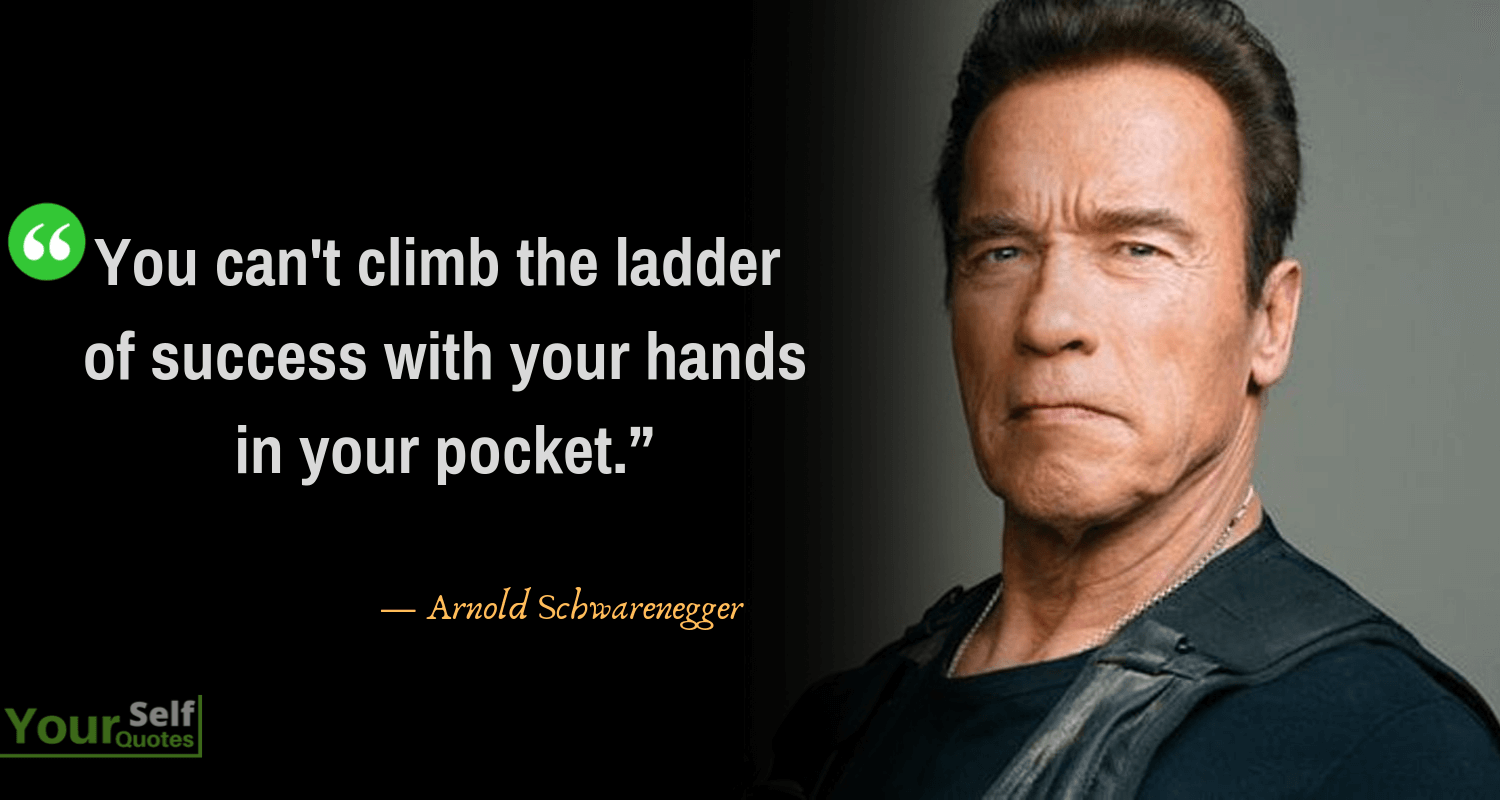 “Strength does not come from winning. Your struggles develop your strengths.” — Arnold Schwarenegger

“Positive thinking can be contagious. Being surrounded by winners helps you develop into a winner.” — Arnold Schwarenegger

“Everybody pities the weak; jealousy you have to earn.” — Arnold Schwarenegger 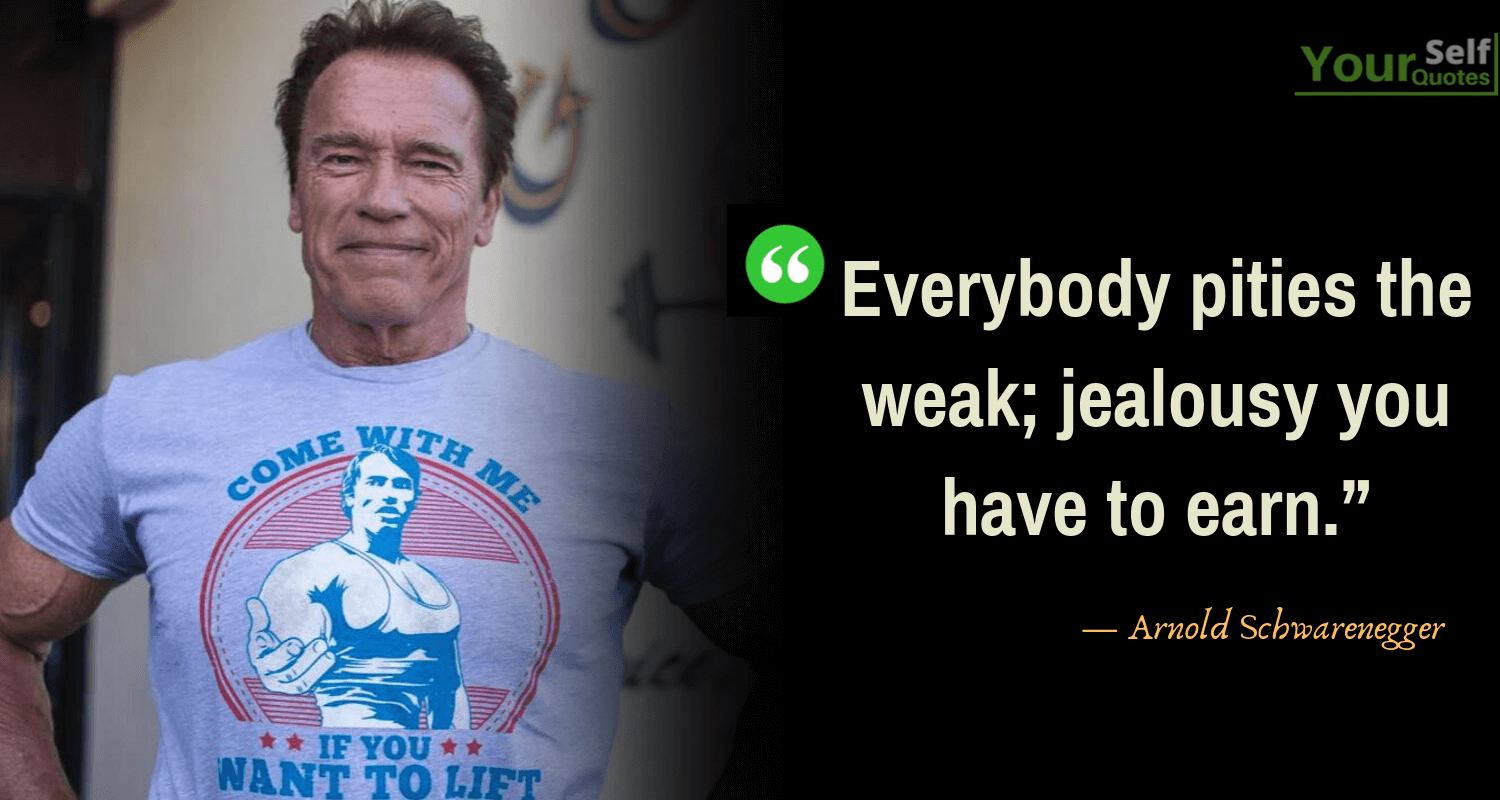 “There are no shortcuts—everything is reps, reps, reps.” — Arnold Schwarenegger 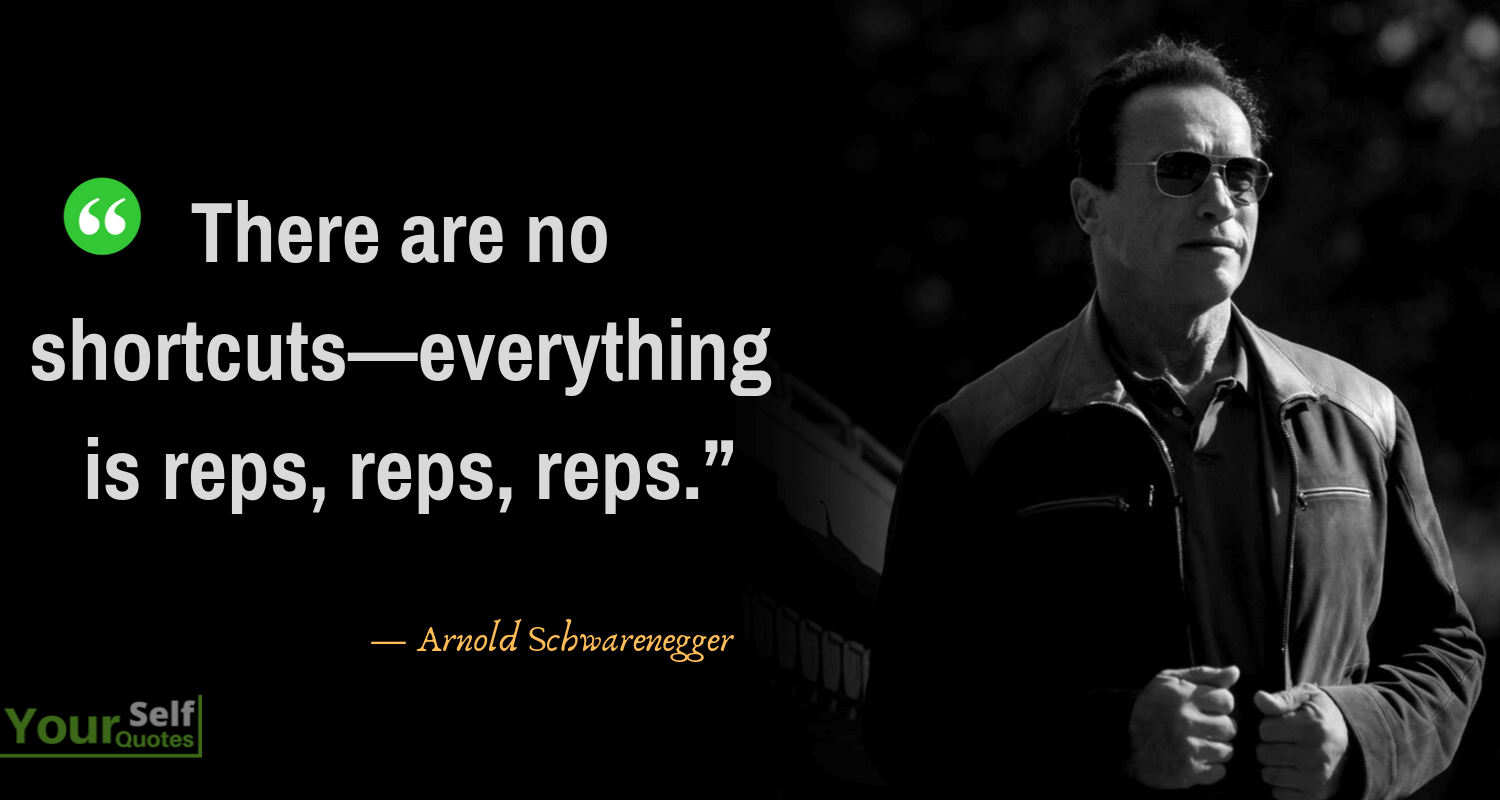 “If I can see it and believe it, then I can achieve it.” — Arnold Schwarenegger 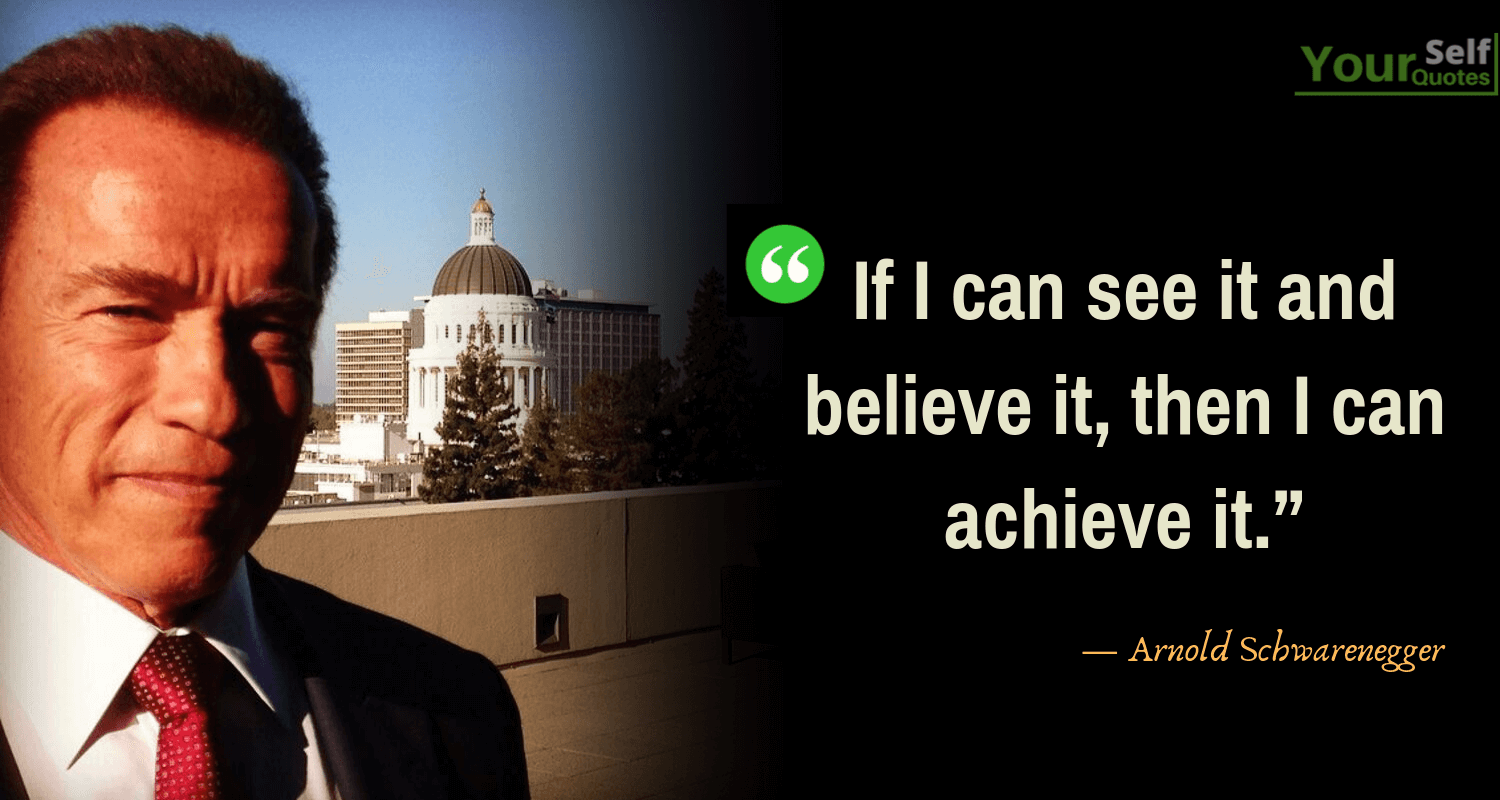 “You’ll get more from being a peacemaker than a warrior.” — Arnold Schwarenegger

“If it’s hard to remember, it’ll be difficult to forget.” — Arnold Schwarenegger 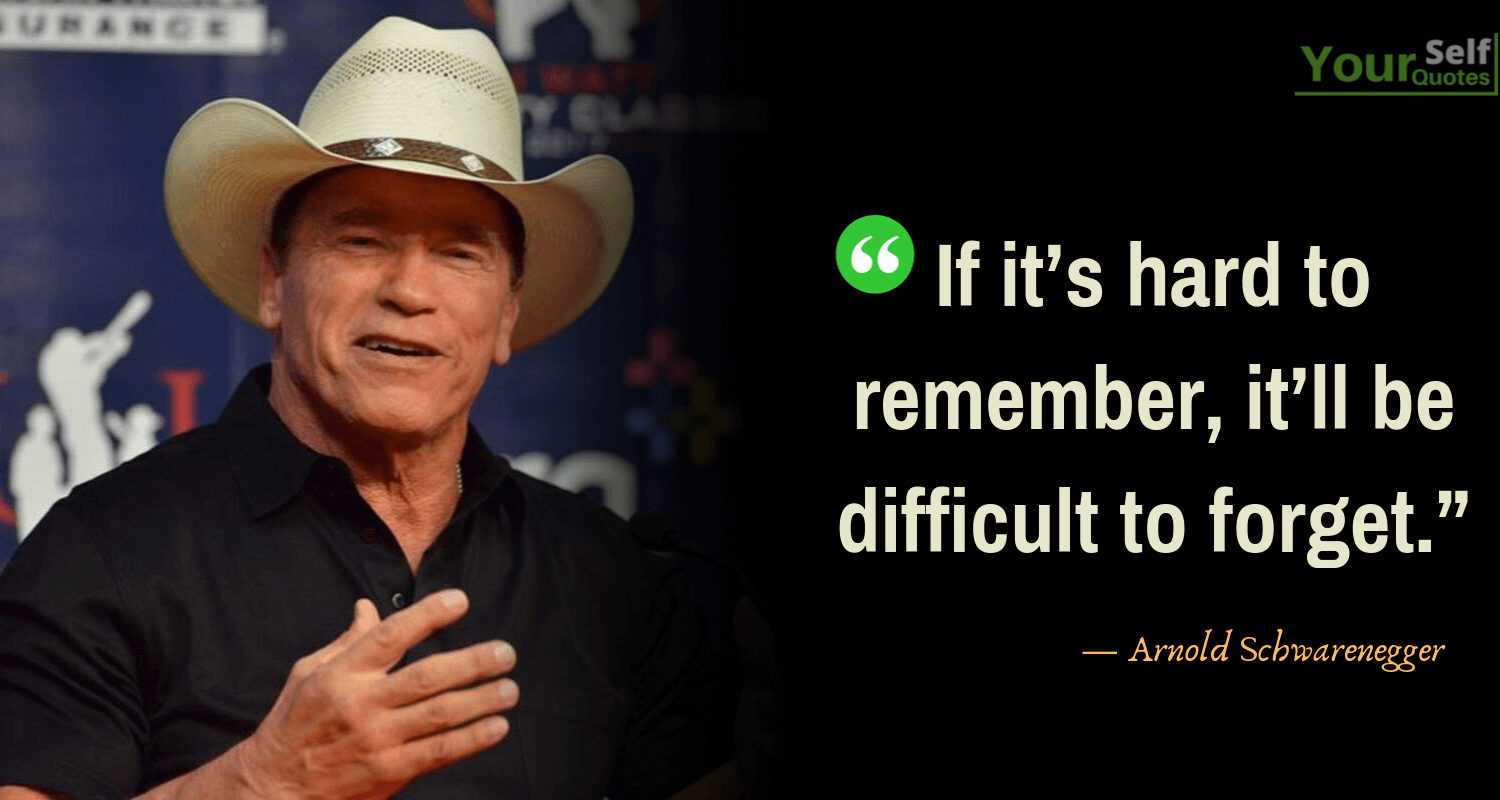 “Just like in bodybuilding, failure is also a necessary experience for growth in our own lives, for if we’re never tested to our limits, how will we know how strong we really are? How will we ever grow?” — Arnold Schwarenegger

“I’m addicted to exercising and I have to do something every day.” — Arnold Schwarenegger 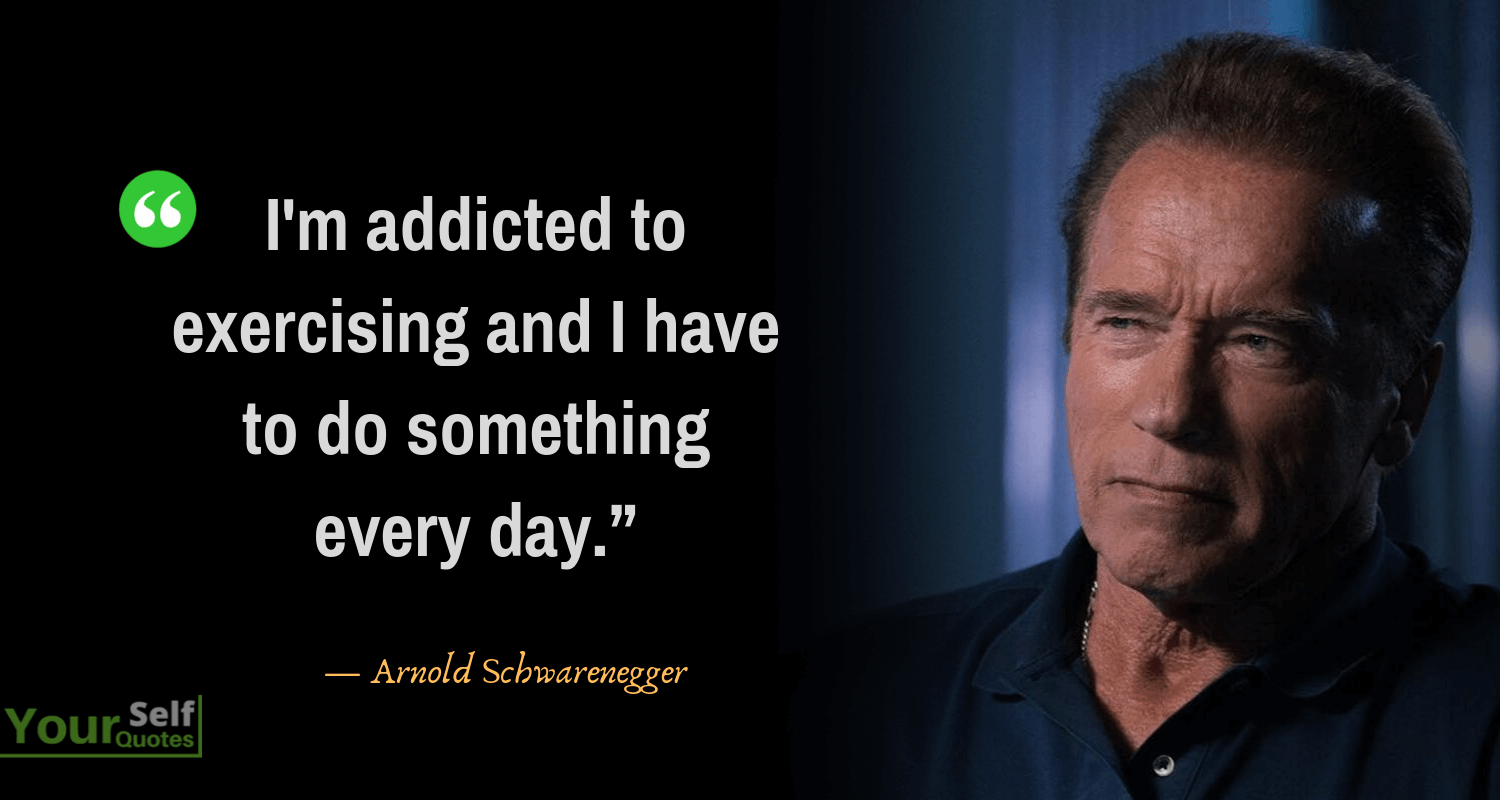 “My definition of a sport is that it’s a physical activity that involves competition. Since bodybuilders certainly train and then compete, we are certainly a sport.” — Arnold Schwarenegger

“The best activities for your health are pumping and humping.” — Arnold Schwarenegger

“The worst thing I can be is the same as everybody else. I hate that.” — Arnold Schwarenegger 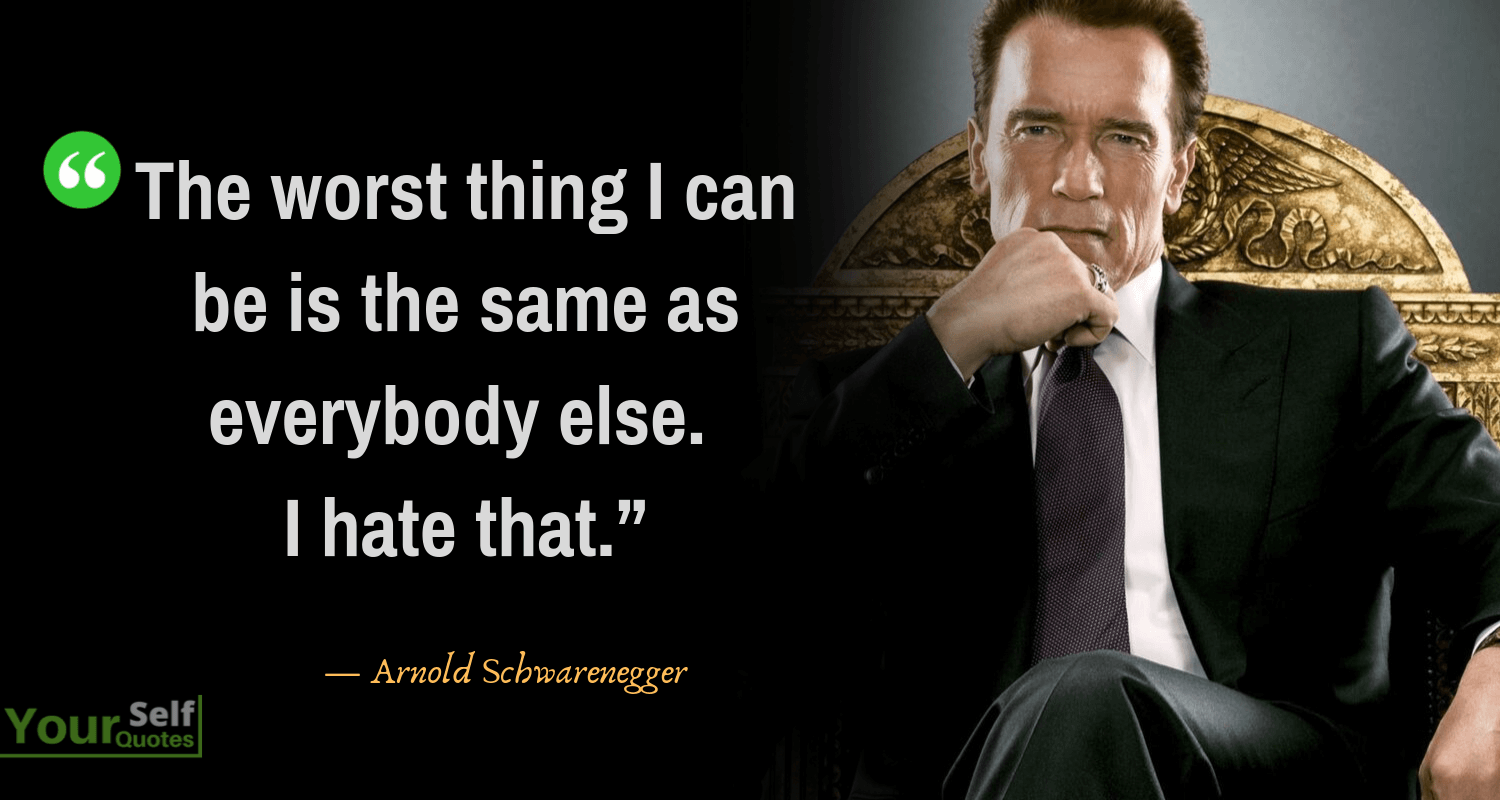 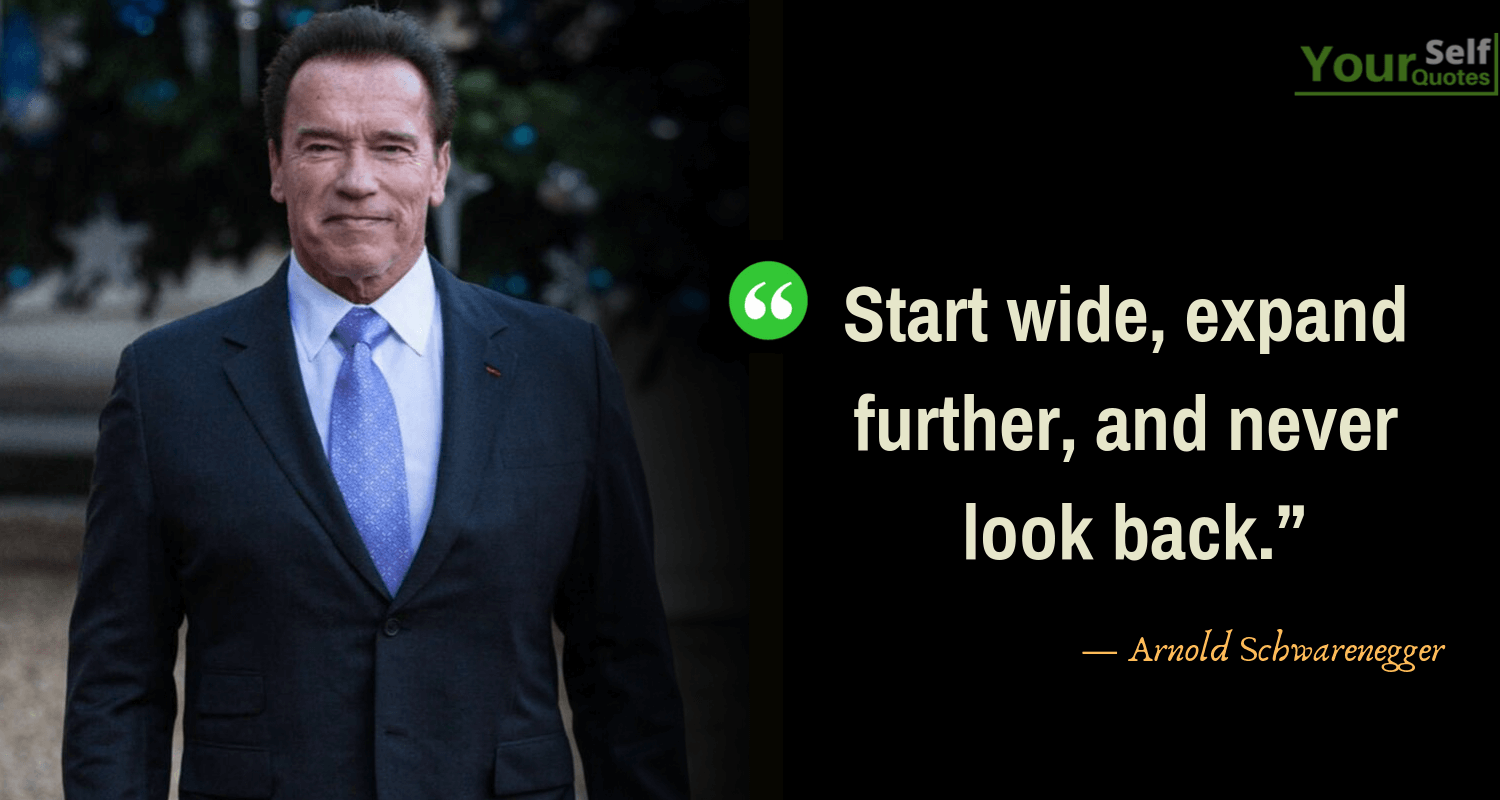 “In our society, the women who break down barriers are those who ignore limits.” — Arnold Schwarenegger 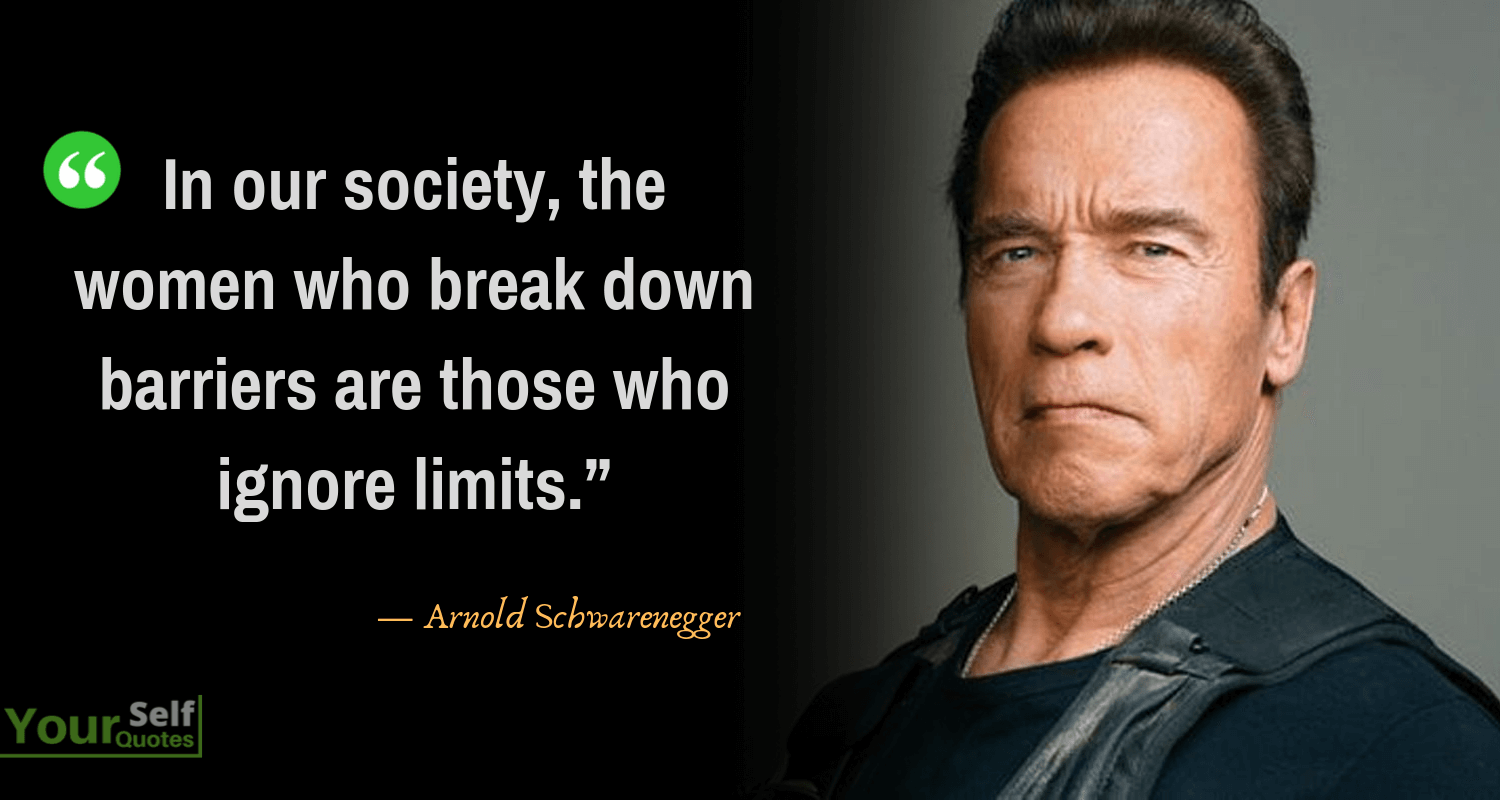 “We all have great inner power. The power is self-faith. There’s really an attitude to winning. You have to see yourself winning before you win. And you have to be hungry. You have to want to conquer.” — Arnold Schwarenegger

“I welcome and seek your ideas, but do not bring me small ideas; bring me big ideas to match our future.” — Arnold Schwarenegger 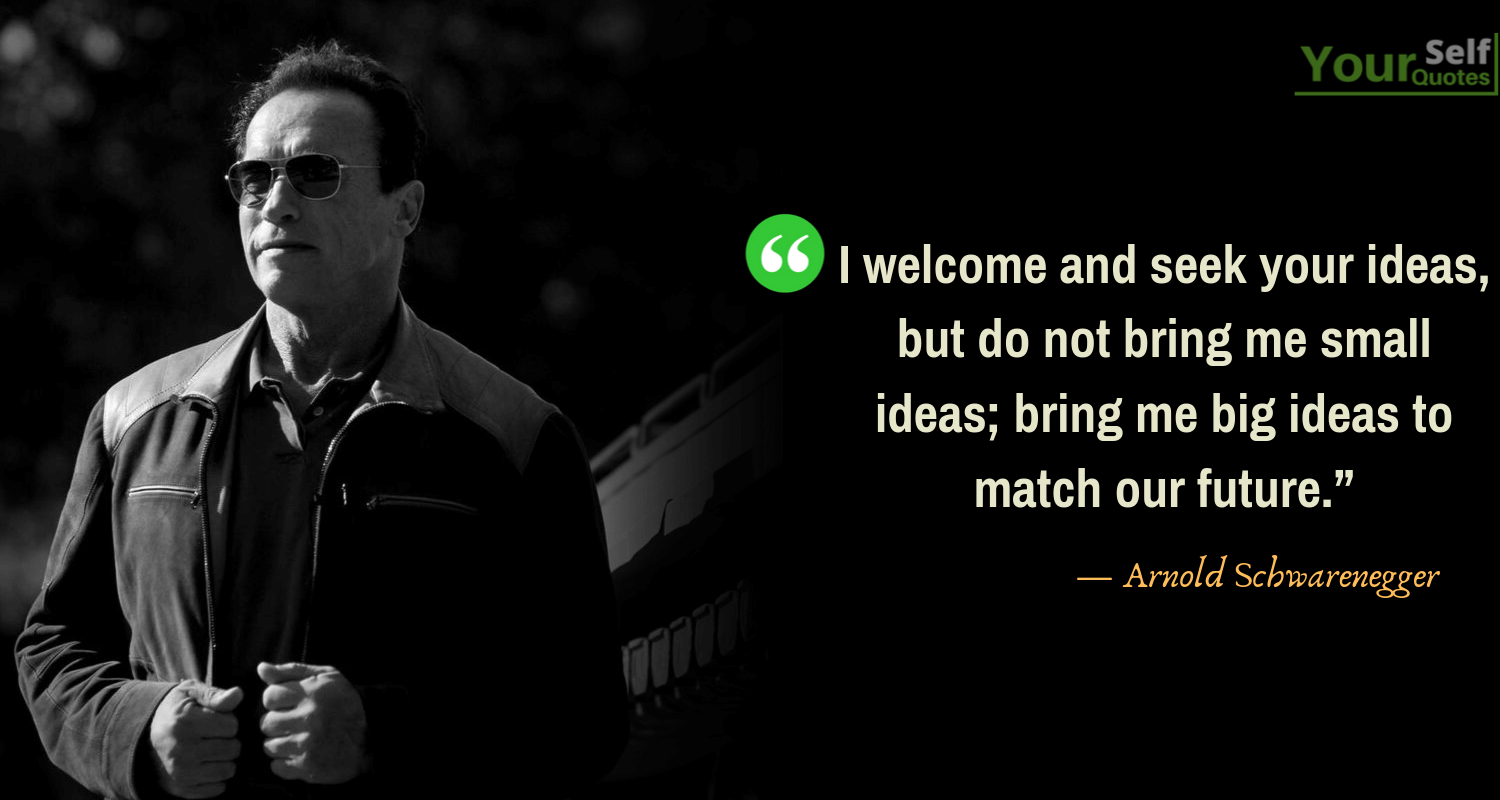 “The last three or four reps is what makes the muscle grow. This area of pain divides the champion from someone else who is not a champion. That’s what most people lack, having the guts to go on and just say they’ll go through the pain no matter what happens.” — Arnold Schwarenegger

“The mind is the limit. As long as the mind can envision the fact that you can do something, you can do it, as long as you really believe 100 percent.” — Arnold Schwarenegger 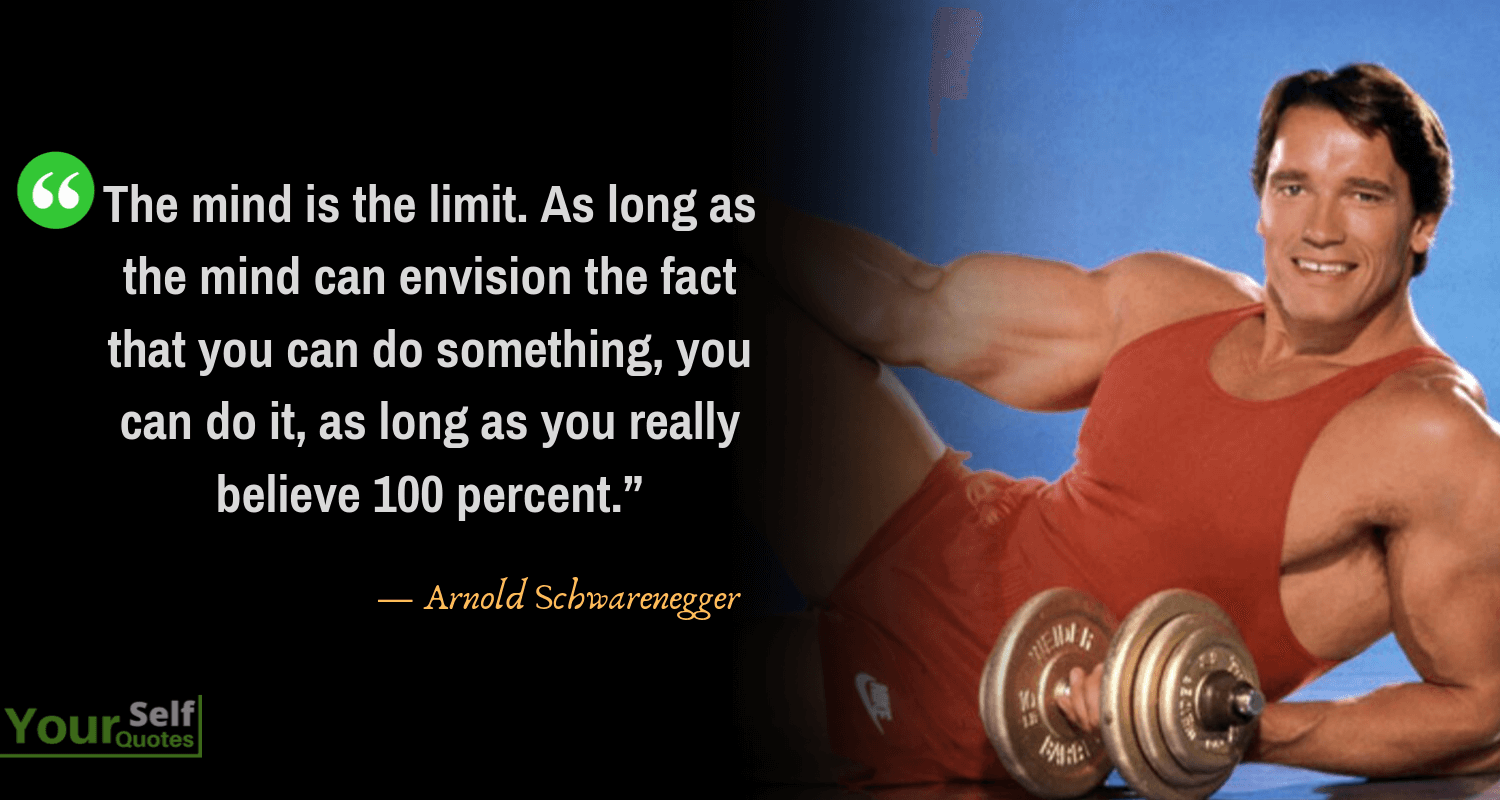 “Help others and give something back. I guarantee you will discover that while public service improves the lives and the world around you, its greatest reward is the enrichment and new meaning it will bring your own life.” — Arnold Schwarenegger

“I like the color red because it’s a fire. And I see myself as always being on fire.” — Arnold Schwarenegger

“My own dreams, fortunately, came true in this great state. I became Mr. Universe; I became a successful businessman. And even though some people say I still speak with a slight accent, I have reached the top of the acting profession.” — Arnold Schwarenegger

1. Trust Yourself.
2. Break Some Rules
3. Don’t Be Afraid to Fail
4. Ignore the Naysayers
5. Work Like Hell
6. Give Something Back

“If you want to turn a vision into reality, you have to give 100% and never stop believing in your dream.” — Arnold Schwarenegger 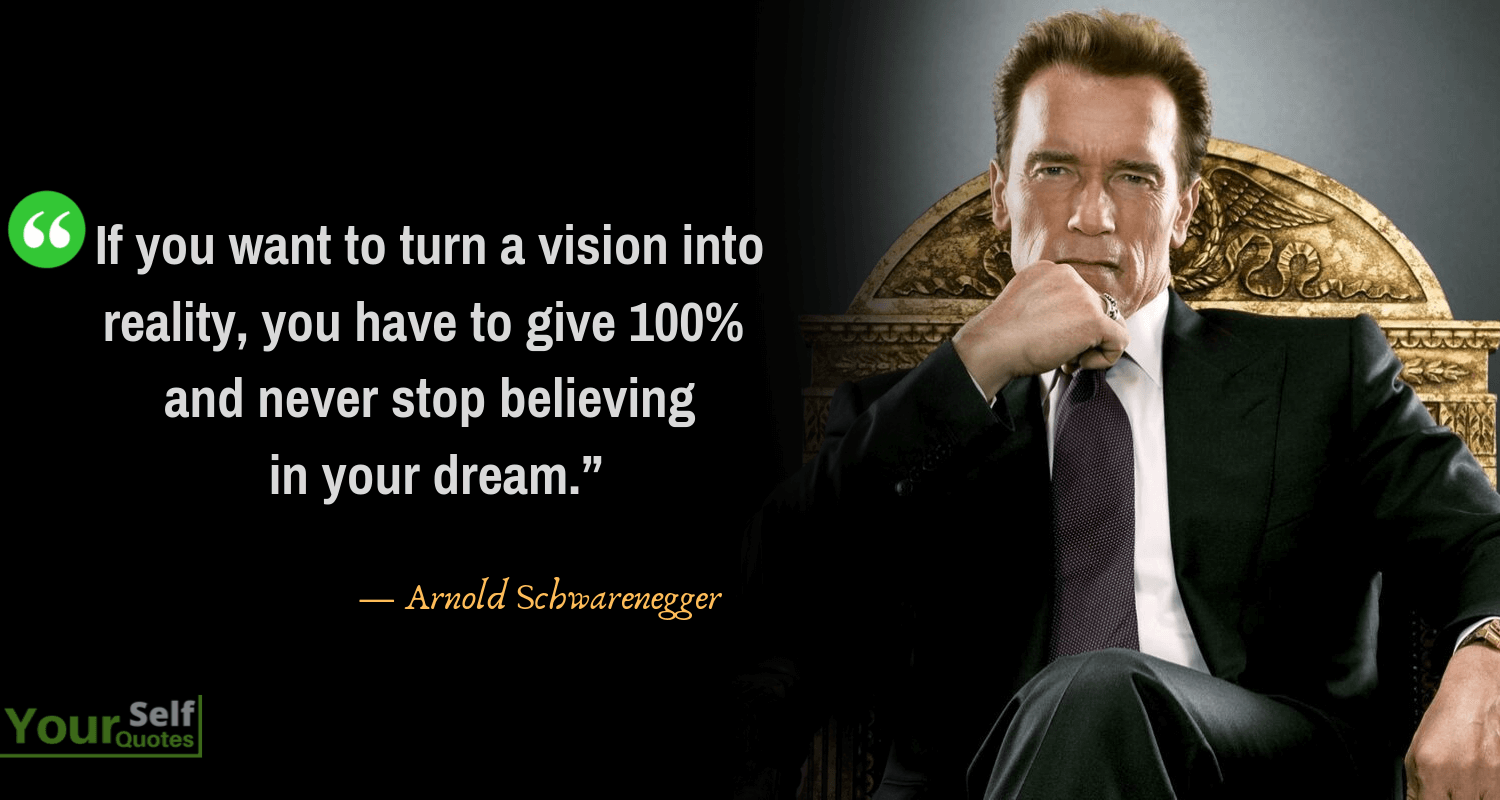 Arnold Schwarzenegger is popularly nicknamed as “the Austrian Oak“ in his bodybuilding days, “Arnie“ or “Schwarzy“ during his acting career, “The Governator“ (a portmanteau of “Governor” and “Terminator”) during his political career, and is commonly known in Japan as “Shuwa-chan“. At a very young age of 20 years, he won the title of Mr. Universe.

He even uses to write books and various columns in magazines about sports and bodybuilding.  The Arnold Sports Festival, which is considered as the second most important professional bodybuilding event in recent years, is named after him. Arnold is one of the greatest bodybuilders of all time, as well as the sport’s most charismatic ambassador.

Arnold is a super hardworking and goal-oriented personality. His words will always inspire you to do something big in life. So do share these amazing Arnold Schwarzenegger Quotes Images with your family, friends, and loved ones.

Ellen DeGeneres Quotes That Will Make You Progressive