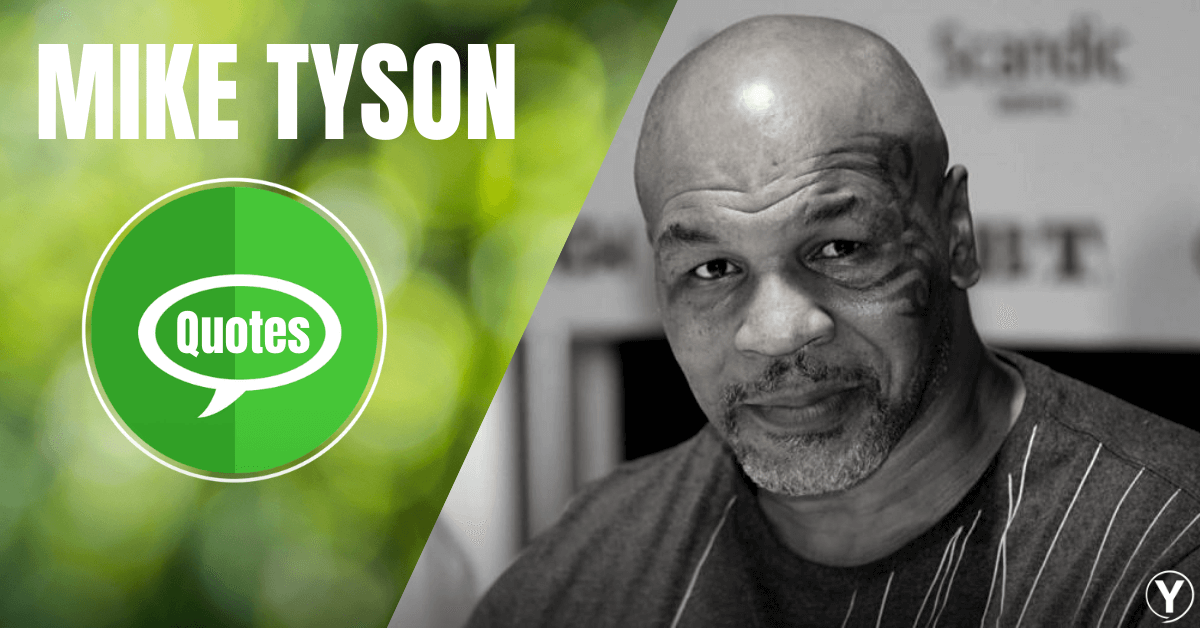 Michael Gerard Tyson, popularly known as Mike Tyson is a famous American former professional boxer. The great boxer won his first 19 professional fights by knockout or stoppage, 12 of them in the first round. He is an ultimate heavyweight boxer who holds several titles such as WBA, WBC, and IBF title.

Mike was born on 30th June 1966 in Brownsville, Brooklyn, New York, United States. Tyson’s biological father is listed as “Purcell Tyson“, but the man Tyson had known as his father was Jimmy Kirkpatrick. His mother’s name was  Lorna Mae (Smith), Tyson. He has an elder brother named Rodney and an elder sister Denise, who died of a heart attack.

At the 1981 and 1982 Junior Olympic Games, Tyson won gold medals defeating  Joe Cortez in 1981 and beating Kelton Brown in 1982. On 6th March 1985, in Albany, New York, Tyson made his first professional debut at an age of 18 years. There he defeated Hector Mercedes via First round TKO. On 16th February 1986, at Houston Field House in Troy, New York his first nationally televised bout took place. This took place against journeyman heavyweight Jesse Ferguson and was carried by ABC Sports.

Tyson became a champion because of his extreme strength, and willpower combined with excellent hand speed, accuracy, coordination, and timing. He possessed remarkable defensive abilities, holding his hands high in the peek-a-boo style taught by his mentor Cus D’Amato to slip under and weave around his opponent’s punches while timing his own. Tyson was a great boxing champion. After his retirement from the game, he laid down a simple life. He stayed in the limelight by promoting various websites and companies. Currently, in August 2019, he launched Fight to Fame, a new entertainment platform that hopes to boost fighters with the help of film and blockchain technology.

Now let’s catch up with the ultimate Mike Tyson Quotes for great strength and courage.

“Fighting is not physical, fighting is spiritual. It’s the determination and the will in the guy.” — Mike Tyson 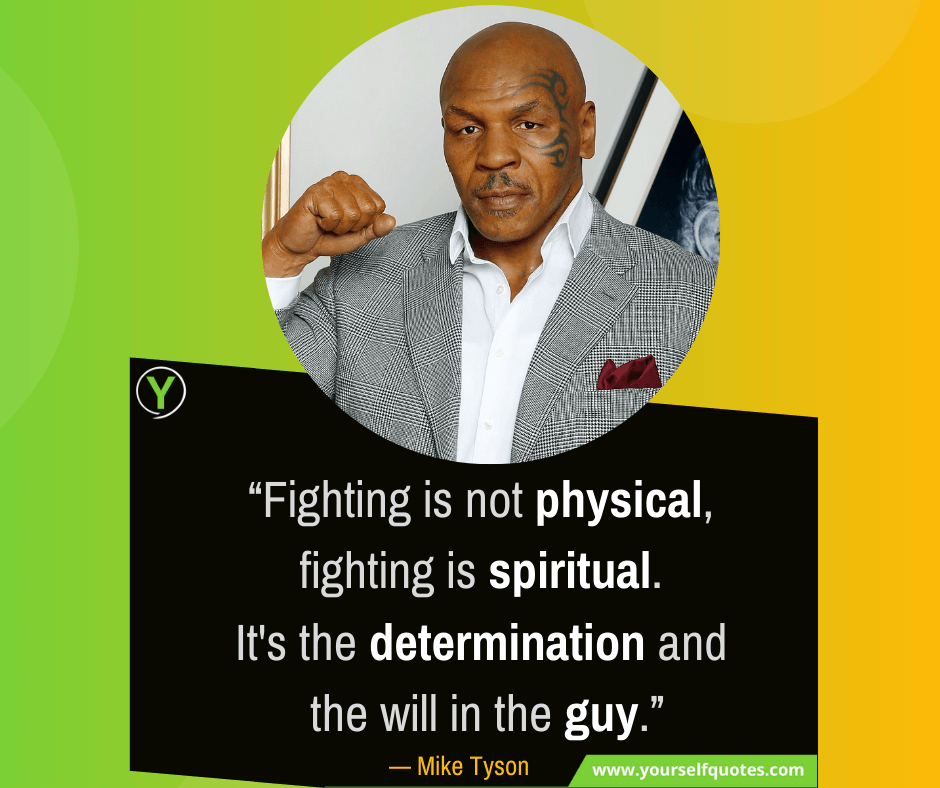 “Everyone has a plan ’till they get punched in the mouth.” — Mike Tyson 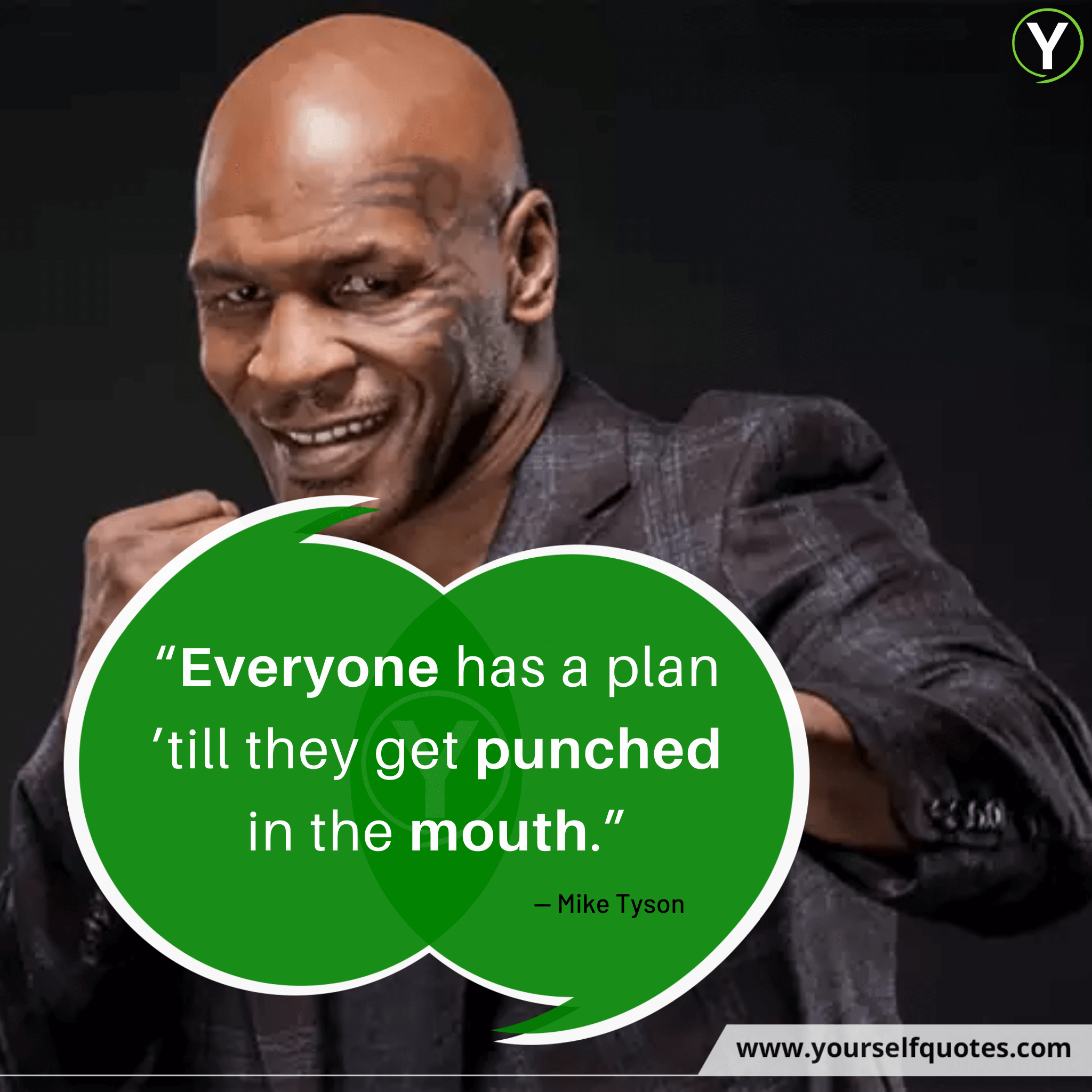 “Everybody you fight is not your enemy and everybody who helps you is not your friend.” — Mike Tyson 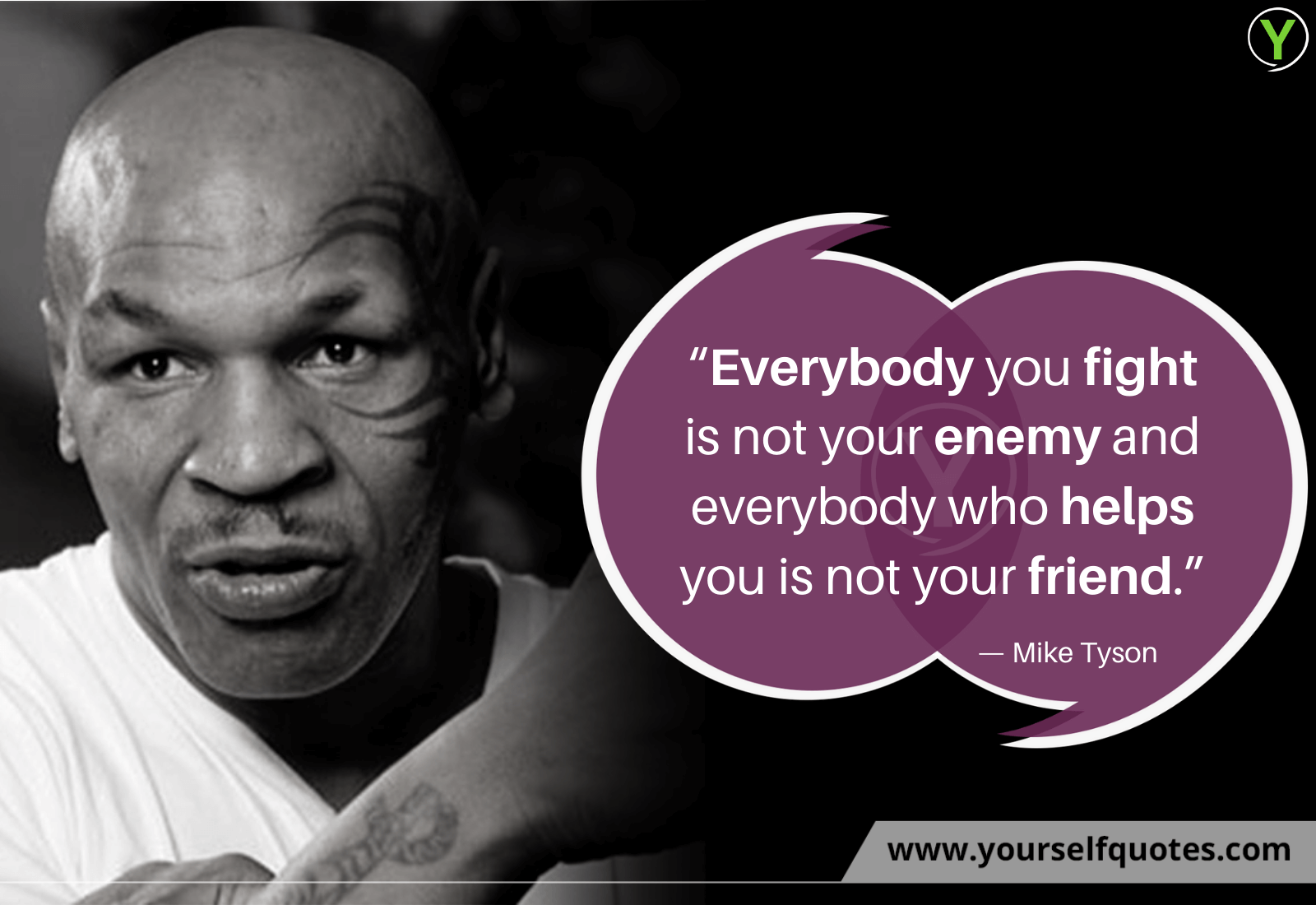 “Discipline, doing what you hate to do but do it like you love it.” — Mike Tyson 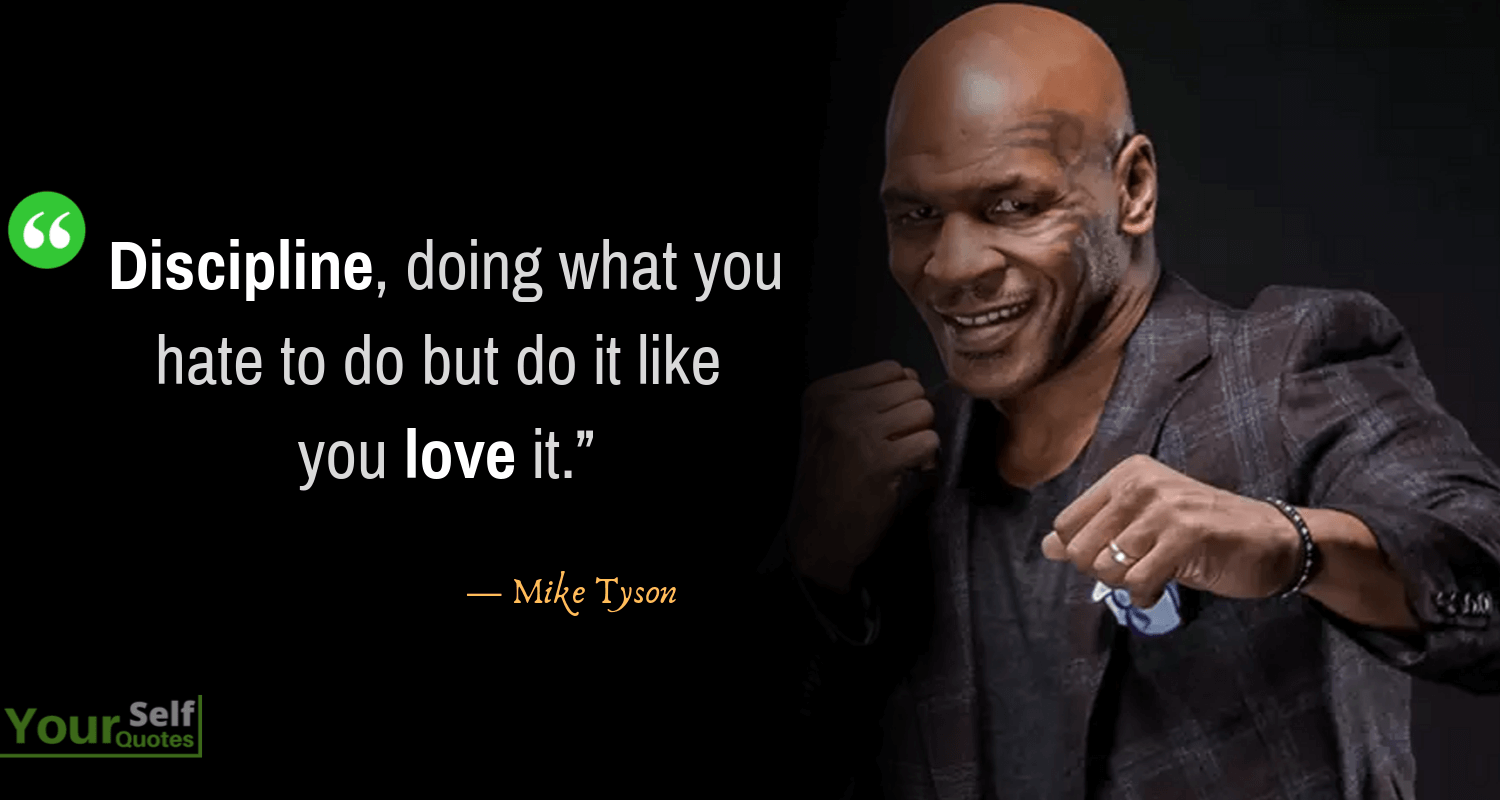 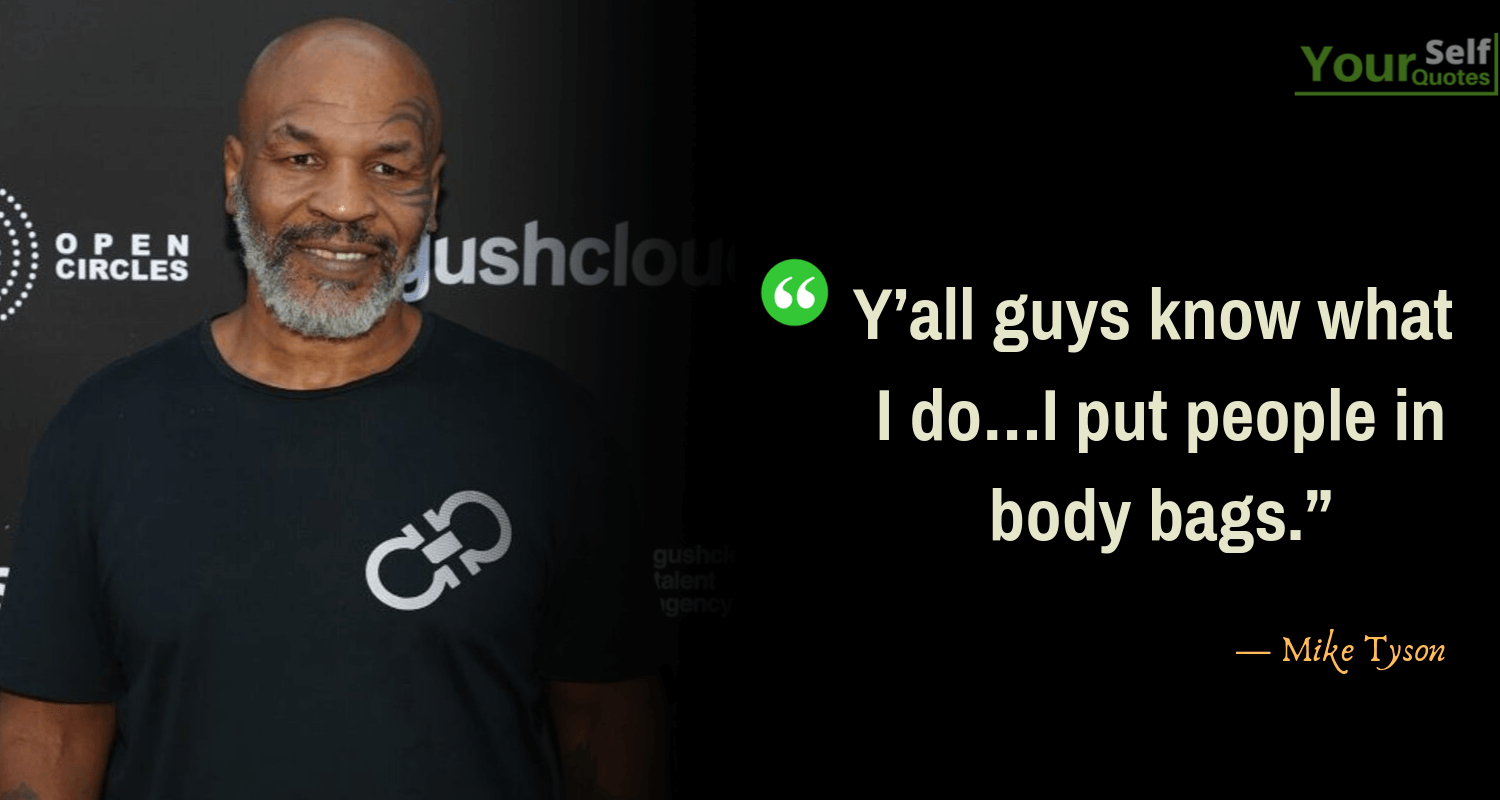 “I don’t understand why people would want to get rid of pigeons. They don’t bother no one.” — Mike Tyson 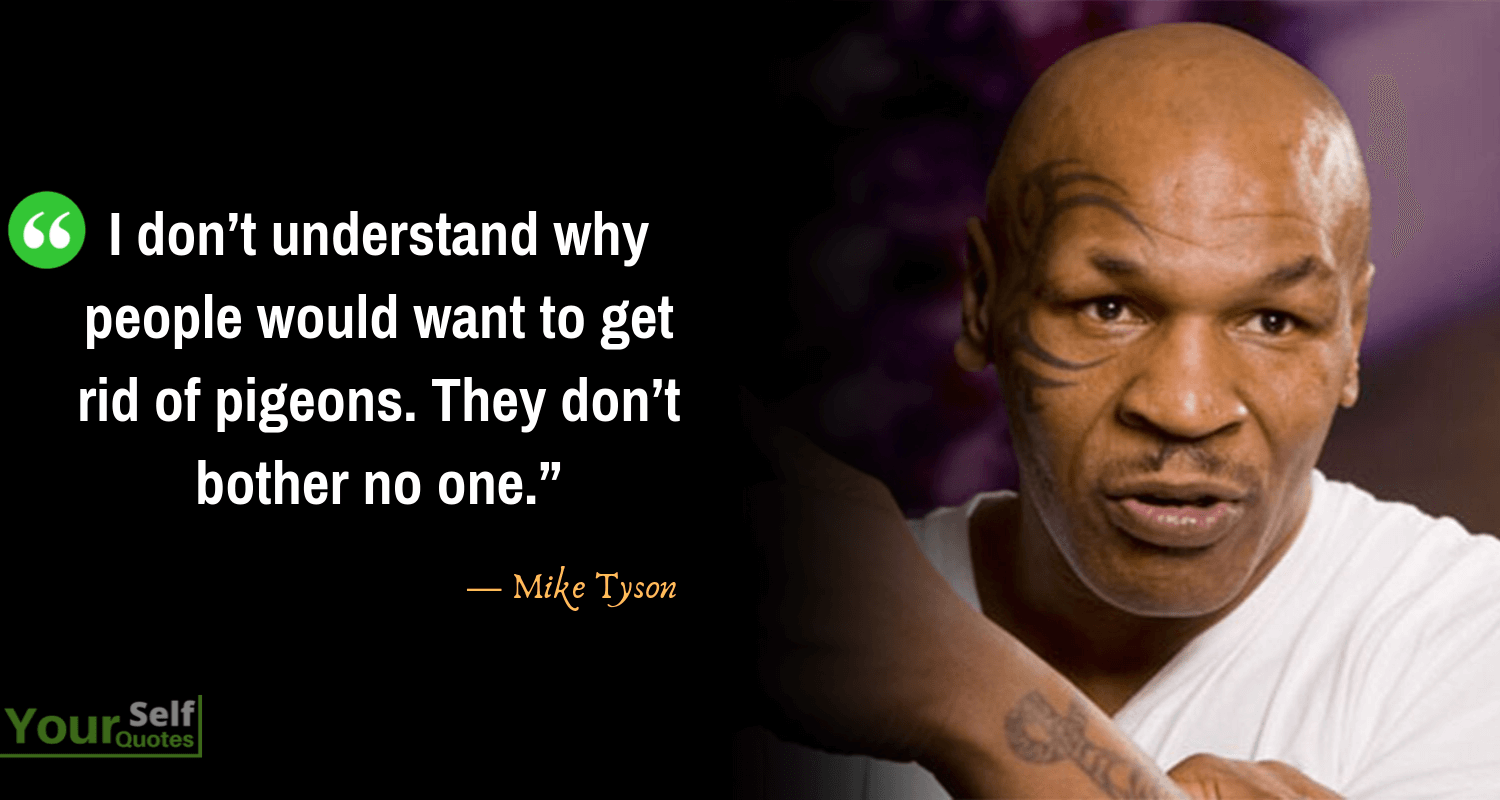 “I’m a dreamer. I have to dream and reach for the stars, and if I miss a star then I grab a handful of clouds.” — Mike Tyson 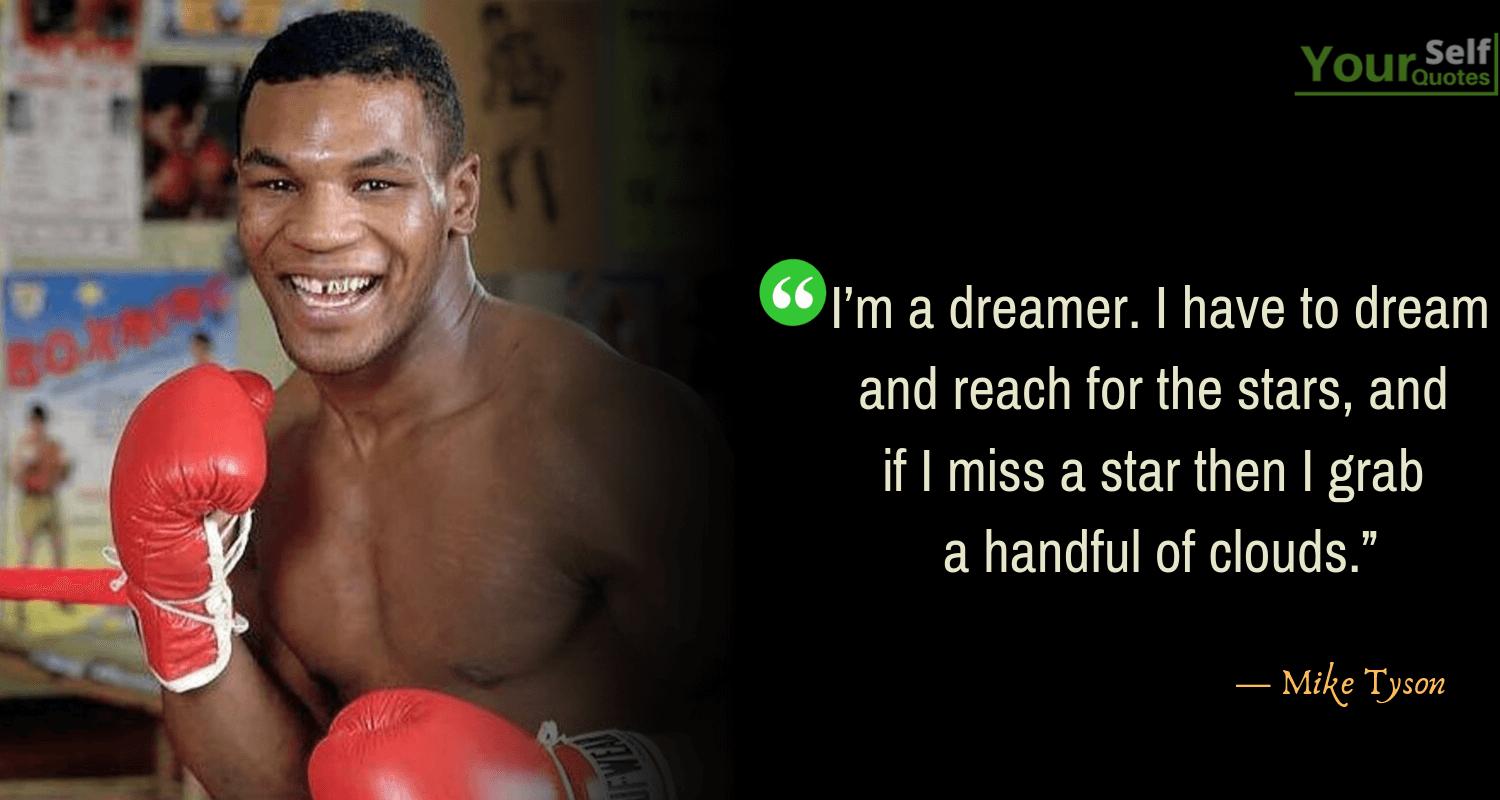 “In order to succeed greatly, you have to be prepared to fail greatly. If you can’t do both of them, you’ve got a problem.” — Mike Tyson 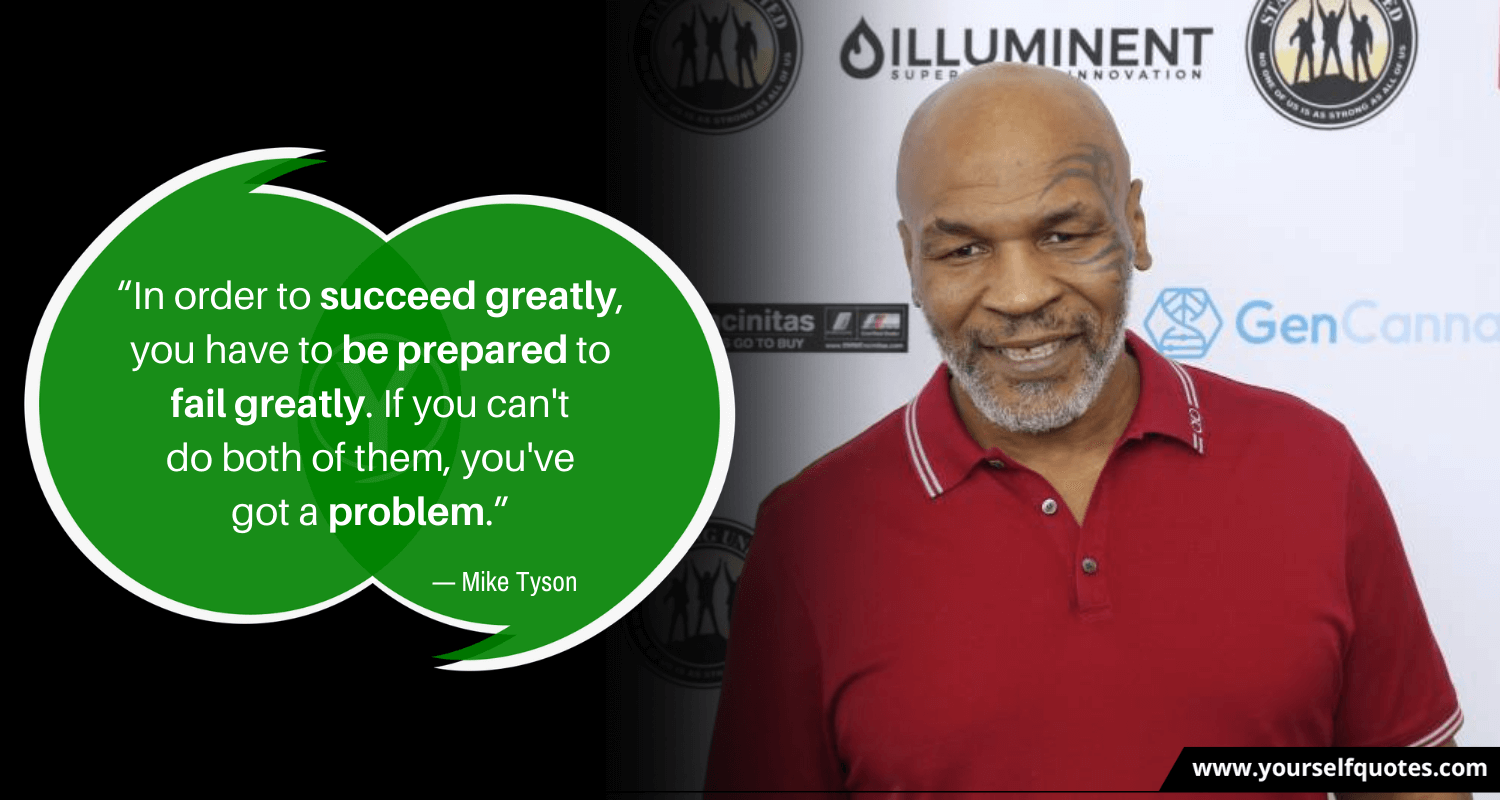 “I could feel his muscle tissues collapse under my force. It’s ludicrous these mortals even attempt to enter my realm.” — Mike Tyson 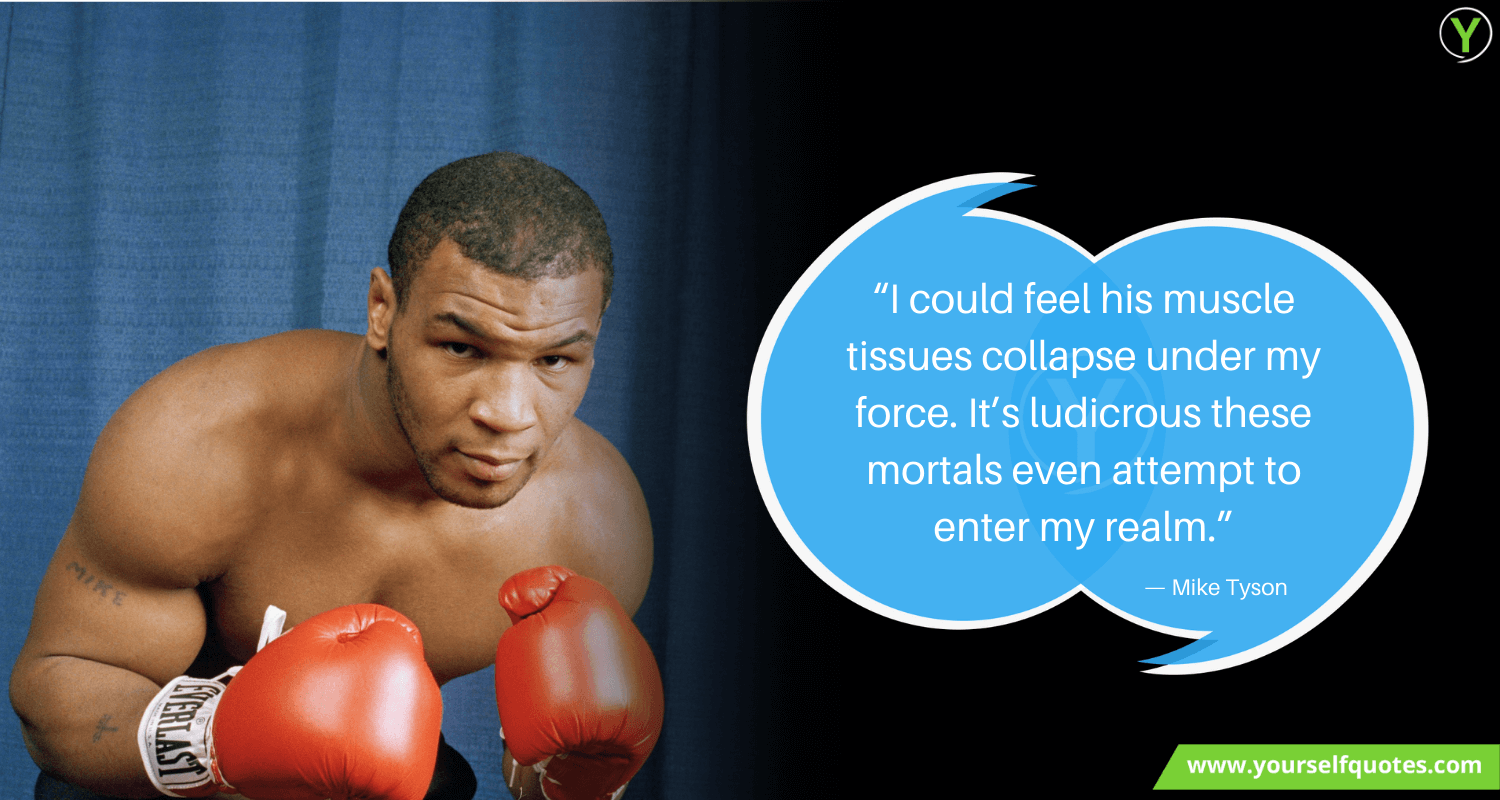 “You come home, and you party. But after that, you get a hangover. Everything about that is negative.” — Mike Tyson 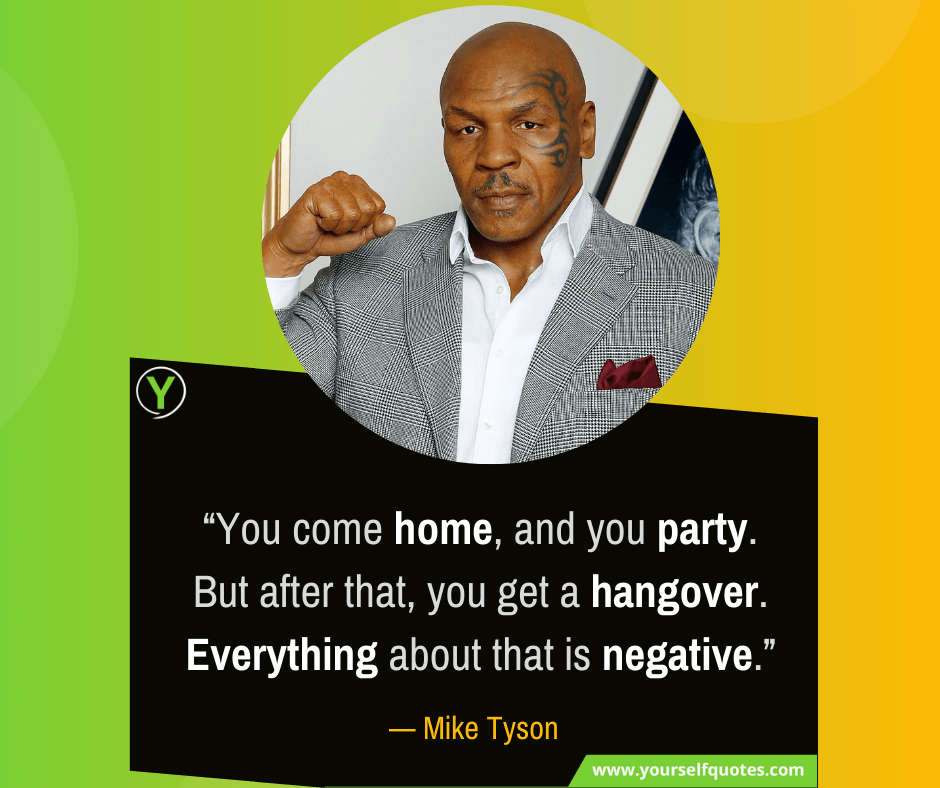 “I just have this thing inside me that wants to eat and conquer. Maybe it’s egotistical, but I have it in me. I don’t want to be a tycoon. I just want to conquer people and their souls.” — Mike Tyson

“Greatness is not guarding yourself from the people; greatness is being accepted by the people.” — Mike Tyson 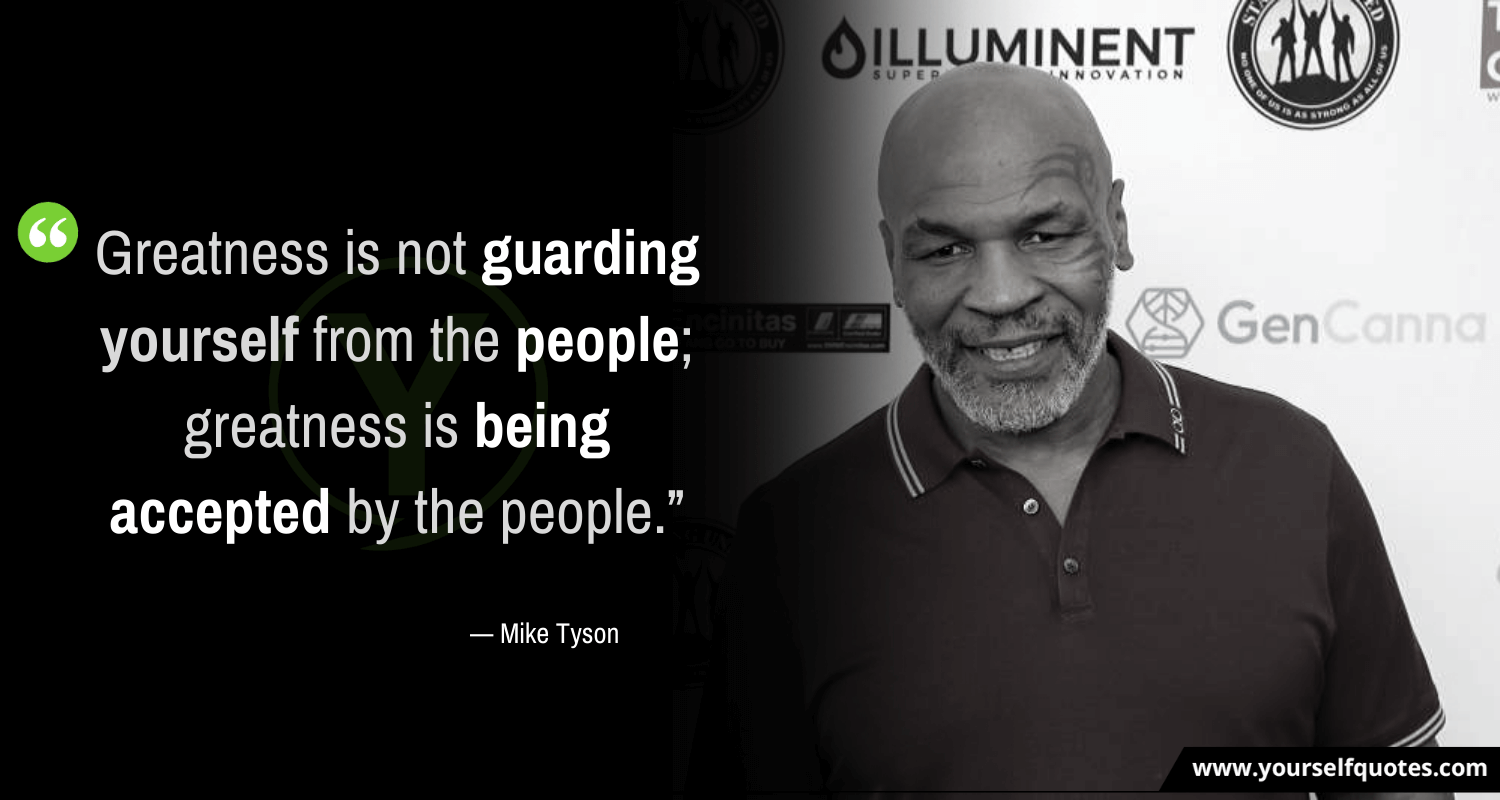 “I’ll fight anybody my trainer puts me in with because I’m confident I can beat any fighter in the world. If anybody can see I’m almost a master at evading punches coming at me.” — Mike Tyson

“My style was impetuous, my defenses were impregnable, and I was ferocious.” — Mike Tyson 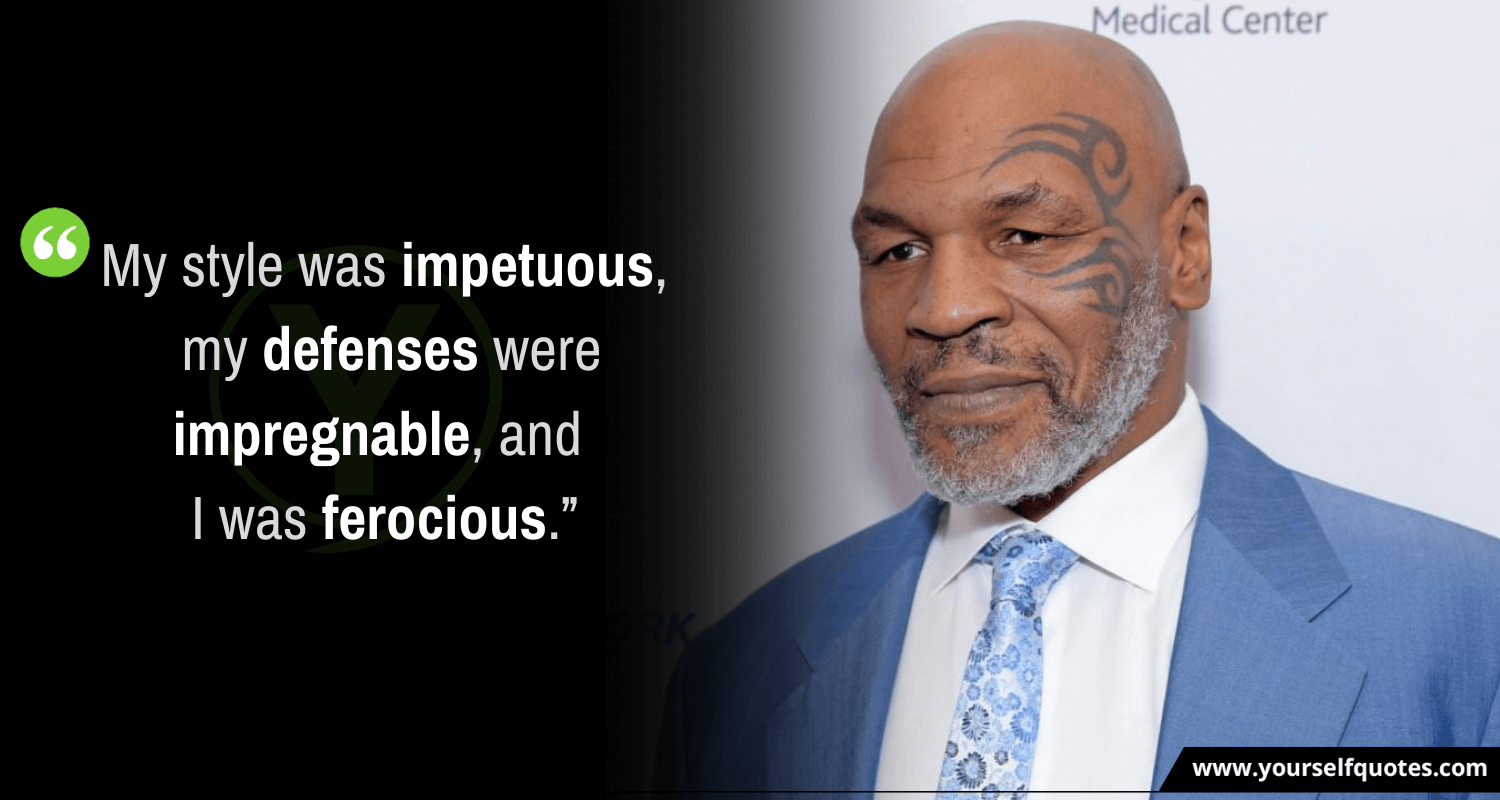 “God lets everything happen for a reason. It’s all a learning process, and you have to go from one level to another.” — Mike Tyson

“If they don’t have that extreme addict personality, you can never understand how a guy can blow 300 or 400 million dollars. If I have to live at the top of the world, I also have to live at the bottom of the ocean. I don’t know how to live in the middle of life.” — Mike Tyson

“At one point, I thought life was about acquiring things. But as a I get older, life is totally about losing everything.” — Mike Tyson 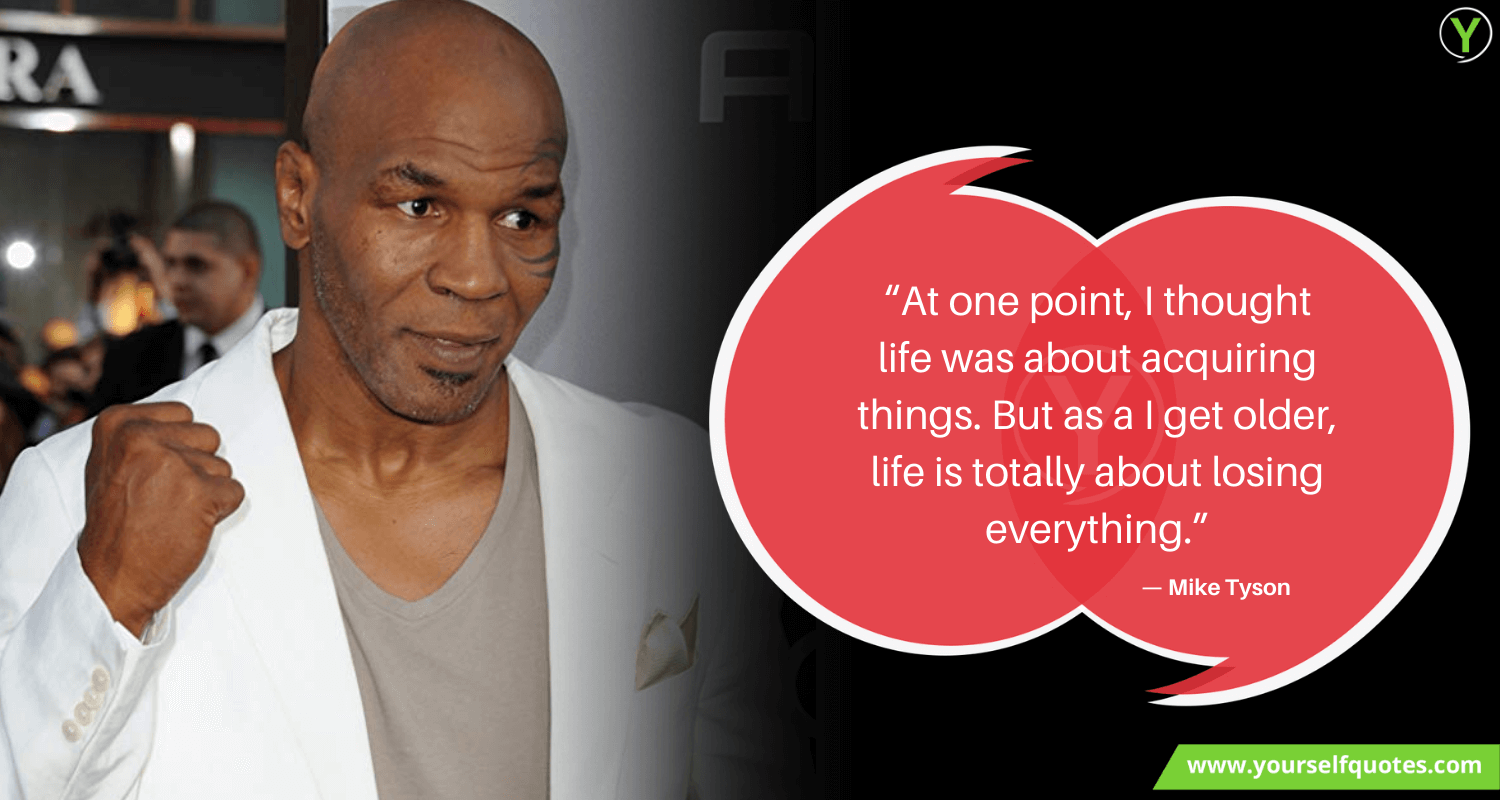 “As long as we persevere and endure, we can get anything we want.” — Mike Tyson 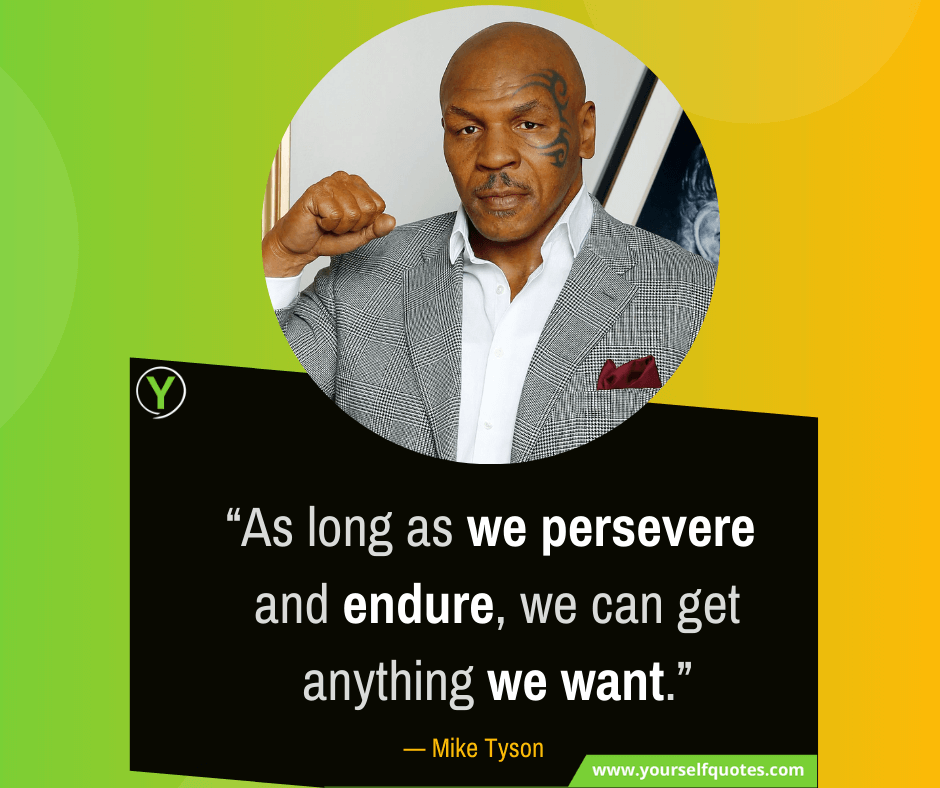 Mike Tyson is an ultimate fighter. He is known for his ferocious and intimidating boxing style as well as his controversial behavior inside and outside the ring. He bagged with many nicknames such as “Iron“ and “Kid Dynamite“ in his early career, and was later known as “The Baddest Man on the Planet“. The man is counted among one of the best heavyweights of all time. He holds the third-longest unified championship reign in heavyweight history at eight consecutive defenses. He currently ranks No. 15 in BoxRec’s ranking of the greatest heavyweight boxers in history.

Mike Tyson Net Worth: As of 2019, Mike Tyson’s net worth is estimated to be only $3 million.

Mike Tyson’s words will always make you feel strong and determined. No matter how low you are feeling, some words of wisdom always make a great impact. Do share these amazing Mike Tyson Quotes Images with your family, friends, and loved ones.