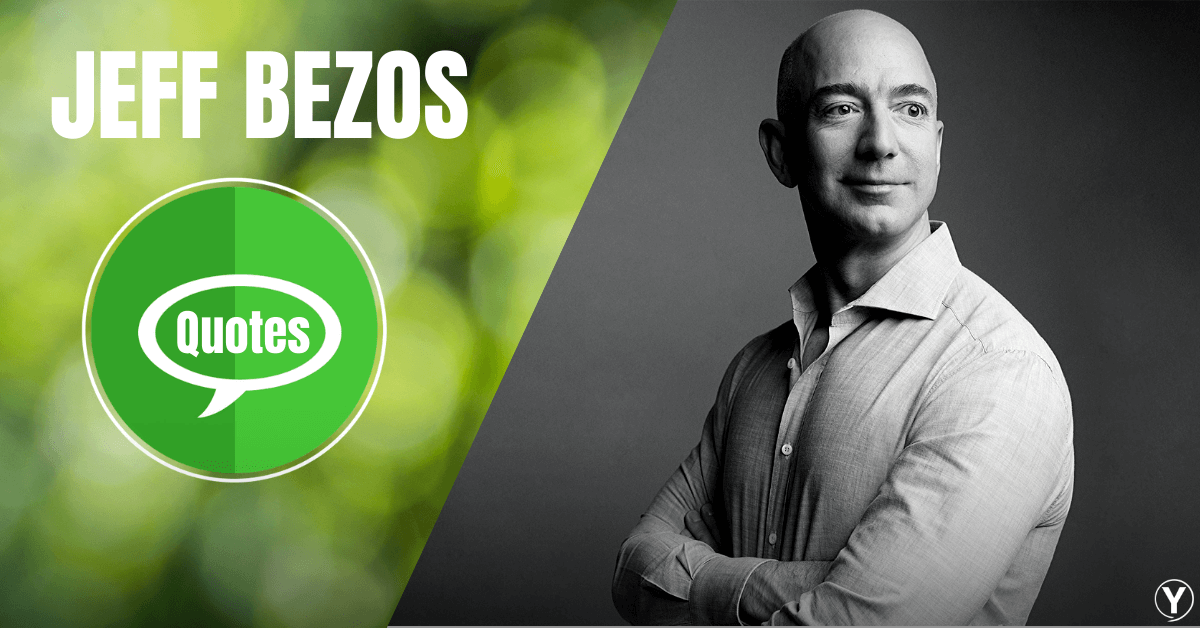 The technology and retail entrepreneur, electrical engineer, philanthropist, as well as investor, and a computer scientist. After reading this valuable information, the first name that comes to everyone’s mind is Jeff Bezos. He is the CEO of Amazon which is considered the world’s biggest online shopping retailer. His net worth as of today is around 120 billion dollars.

Jeff Bezos Birthday: Jeffrey Preston Bezos Born on 12 January 1964, in New Mexico, United States, Jeff Bezos created his interest in electrical and computer-related stuff. He started his early education at River Oaks Elementary School and studied there till 6th grade. Then, his family moved to Miami, and there, he attended Miami Palmetto high school. After finishing high school, Jeff obtained degrees in electrical engineering and computer science from Princeton University.

Jeff Bezos Family: Biologically, he is the son of Jacklyn and a guy from Chicago. The marriage between Jacklyn and Chicago’s guy became unsuccessful and they got divorced. At that time, Jeff was only 1 year old. After some years, Jeff’s mother married a Cuban immigrant named Mike Bezos. Jeff’s biologically granted name was Jorgensen; it was changed after his mother’s marriage to Mike Bezos. Now, the world knows him as Jeff Bezos.

Jeff Bezos started his working career with a computer-related company on Wall Street. After there, he worked in an international trading company called Fitel. He also worked in Bankers Trust and D.E Shaw & Co. He started the world-famous Amazon.com in 1994. He asked his parents to invest in his business and they invested 300,000 dollars from their retirement savings.

Did you know: Jeff Bezos was the second-richest member of the 2017 Forbes. 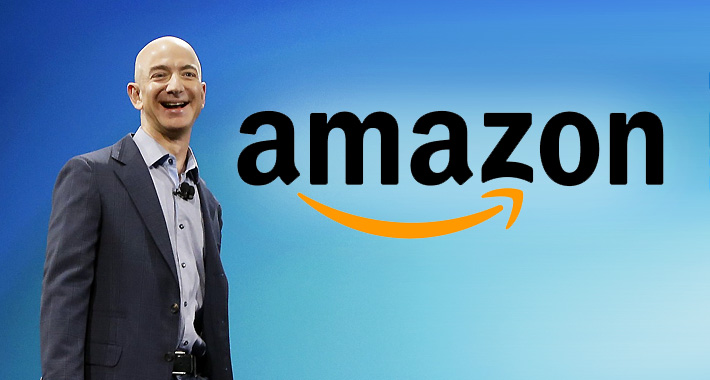 Everyone faces difficulties after starting up. He also faced difficulties but he never gave up. When Jeff started Amazon, he faced a lot of obstacles in his way, but he kept working harder and harder and today, Amazon is the world’s largest e-commerce chain. All the Quotes by Jeff Bezos also tell us that we should never give up and keep up with the hard work.

“If you don’t understand the details of your business you are going to fail.” ― Jeff Bezos

“If you do build a great experience, customer tell each other about that. Word of mouth is powerful.” ― Jeff Bezos

“It’s not an experiment if you know it’s going to work.” ― Jeff Bezos

“I know that if I failed I wouldn’t regret that, but I know the one thing I might regret is not trying.”― Jeff Bezos

“I believe you have to be willing to be misunderstood if you’re going to innovate.” ― Jeff Bezos

“A company shouldn’t get addicted to being shiny because shiny doesn’t last.” ― Jeff Bezos

Any business plan won’t survive its first encounter with reality. The reality will always be different. It will never be the plan. ” ― Jeff Bezos

“People don’t have any idea yet how impactful the Internet is going to be and that this is still Day 1 in such a big way.” ― Jeff Bezos

“Great industries are never made from single companies. There is room in space for a lot of winners.”― Jeff Bezos

“You have to be willing to be misunderstood if you are going to innovate.”― Jeff Bezos

“Be stubborn on the long-term vision, but flexible on the details.” ― Jeff Bezos

“We see our customers as invited guests to a party, and we are the hosts. It’s our job every day to make every important aspect of Customer Experience a little bit better.” ― Jeff Bezos

“We’ve had three big ideas at Amazon that we’ve stuck with for 18 years, and they’re the reason we’re successful: Put the customer first. Invent. And be patient.” ― Jeff Bezos

“If you can’t tolerate critics, don’t do anything new or interesting.” ― Jeff Bezos

“Your brand is what people say about you after you leave the room.” ― Jeff Bezos

“If you’re competitor focused, you have to wait until there is a competitor doing something. Being Customer Focused allows you to be more pioneering.” ― Jeff Bezos

“My view is there’s no bad time to innovate.” ― Jeff Bezos

“If you only do things where you know the answer in advance, your company goes away.” ― Jeff Bezos

“Our point of view is we will sell more if we help people make.” ― Jeff Bezos

“If you never want to be criticized, for goodness’ sake don’t do anything new.” ― Jeff Bezos

“If we can keep our competitors focused on us while we stay focused on the customer, ultimately we’ll turn out all right.” ― Jeff Bezos

“The most important single thing is to focus obsessively on the customer. Our goal is to be earth’s most customer-centric company.” ― Jeff Bezos

“Humans are unbelievably data efficient. You don’t have to drive 1 million miles to drive a car, but the way we teach a self-driving car has it drive a million miles.” ― Jeff Bezos

“If we think long-term we can accomplish things that we wouldn’t otherwise accomplish. Time horizons matter. They matter a lot.” ― Jeff Bezos

“In order to be a two-hundred-billion-dollar company, we’ve got to learn how to sell clothes and food.” ― Jeff Bezos

“Complaining is not a strategy.” ― Jeff Bezos

“A brand for a company is like a reputation for a person. You earn reputation by trying to do hard things well.” ― Jeff Bezos 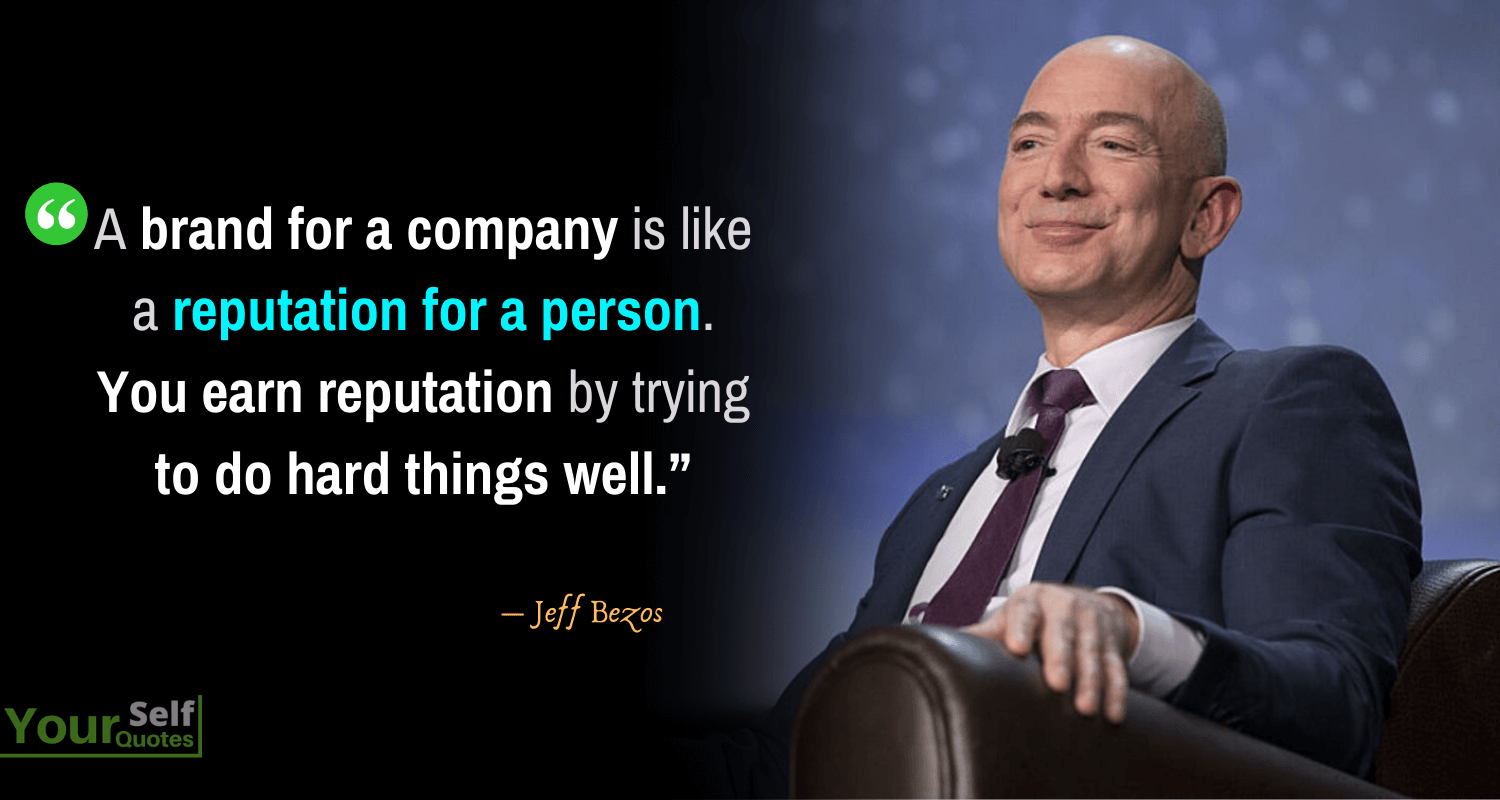 “Life’s too short to hang out with people who aren’t resourceful.”― Jeff Bezos

Jeff Bezos is among the world’s most famous personalities. He became successful on his own. He worked day and night in order to get success. Jeff Bezos Quotes Images From his life, we get the lesson that if we want something, then we need to work hard for it and earn it.

Jeff Bezos’s Net Worth:- As of 2019, Jeffrey Preston Bezos’s net worth is estimated to be $125 billion dollars.

An Inspirational Quotes a Day Keeps Coronavirus Away

This website uses cookies to improve your experience while you navigate through the website. Out of these cookies, the cookies that are categorized as necessary are stored on your browser as they are essential for the working of basic functionalities of the website. We also use third-party cookies that help us analyze and understand how you use this website. These cookies will be stored in your browser only with your consent. You also have the option to opt-out of these cookies. But opting out of some of these cookies may have an effect on your browsing experience.
Necessary Always Enabled
Necessary cookies are absolutely essential for the website to function properly. This category only includes cookies that ensures basic functionalities and security features of the website. These cookies do not store any personal information.
Non-necessary
Any cookies that may not be particularly necessary for the website to function and is used specifically to collect user personal data via analytics, ads, other embedded contents are termed as non-necessary cookies. It is mandatory to procure user consent prior to running these cookies on your website.
SAVE & ACCEPT
10 Shares
Copy link
CopyCopied
Powered by Social Snap