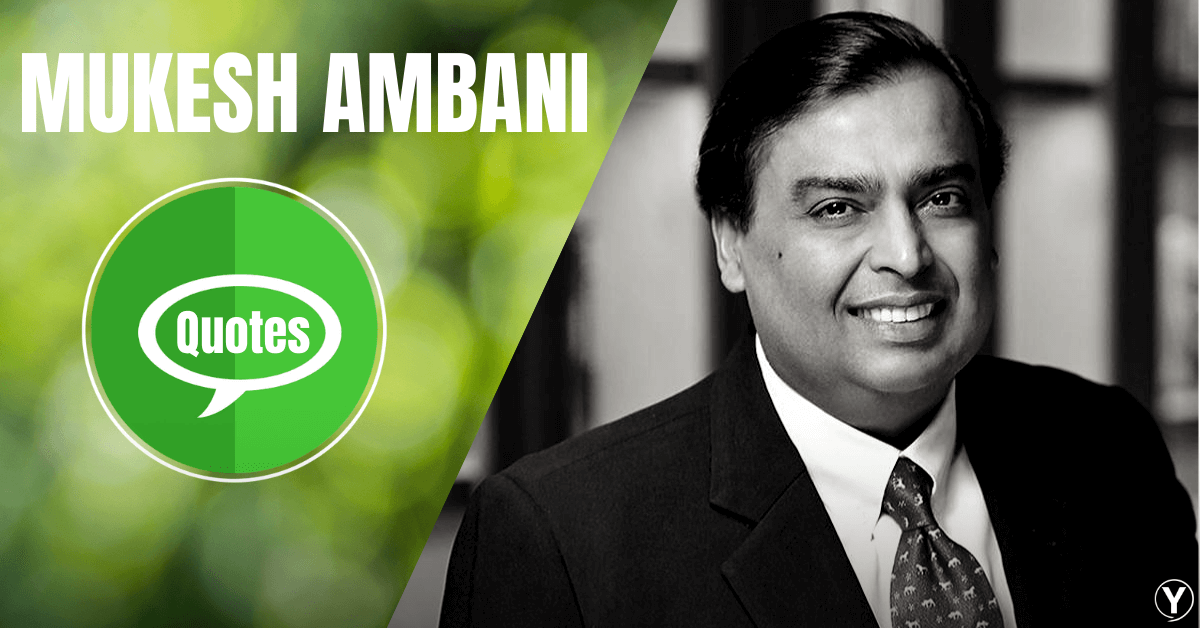 Mukesh Ambani is the most preeminent Indian Business Tycoon. The man is a renowned engineer, the chairman, managing director and the largest shareholder of Reliance Industries Limited (RIL). RIL is a Fortune Global 500 company and India’s most valuable company by its market value. As of date, according to Forbes, Mr. Ambani is the richest man in Asia and the 13th richest person in the world.

Mukesh Ambani Birthday: The businessman was born on 19th April 1957 in Aden, Yemen.

Mukesh Ambani Family: Ambani was born to Dhirubhai Ambani and Kokilaben Ambani. He has one younger brother Anil Ambani and two sisters Nina Bhadrashyam Kothari and Dipti Dattaraj Salgaocar. He was married to Nita Ambani in 1985 and was blessed with two sons, Anant and Akash, and a daughter, Isha.

Ambani family shifted to India from Yemen in 1958 and started a trading business that focused on spices and textiles. Mukesh Ambani started his career by running his family business with his father. And currently, he is heading his family business and expanded it to various horizons. Reliance Industries Limited has expanded into various products and services in the retail and telecommunications industries. It also dealt with refining and petrochemicals.

After the death of Dhirubhai Ambani in on 6th July 2002, the two Ambani brothers split. And Mukesh Ambani received full control over Reliance Industries Limited and Indian Petrochemicals Corporation Limited, which was later approved by the Bombay High Court in December 2005. And then his journey towards sky-high continued. He directed the creation of the world’s largest grassroots petroleum refinery at Jamnagar, India, which had the capacity to produce 660,000 barrels per day in 2010, integrated with petrochemicals, power generation, port, and related infrastructure.

The journey of Mukesh Ambani from low to high was not an easy task but he accomplished his goals. So let’s go through the most exclusive Mukesh Ambani Quotes that will teach you the best business goals.

“My big advantage was to have my father accept me as first-generation.” — Mukesh Ambani

“Relationship and trust this is the bedrock of life.” — Mukesh Ambani

“It is important to achieve our goals, but not at any cost.” — Mukesh Ambani

“Any business that has the soul purpose of making money is not worth doing.” — Mukesh Ambani

“ I personally think that money can do very little. And this has been my experience all  across.” — Mukesh Ambani

“The Treaty of India is that all our billion people count and they have aspirations.” — Mukesh Ambani

“People first want to spend money on food — that is common across the world. The second, in India, is education. In many parts of the world, it comes way down the list of priorities. So, there is a huge opportunity.” — Mukesh Ambani

“Reliance will get listed on wall street because we want to benchmark ourselves with the top 100 companies of the world.” — Mukesh Ambani

“For me, this is a moment of re-dedication to the values, vision and goals of my father, teacher and mentor, Dhirubhai Ambani. To lead by love, by trust, and by example, I learnt these principles from him with humility.” — Mukesh Ambani

“Broadband and digital services will no longer be a luxury item – a scarce commodity – to be rationed amongst the privileged few.” — Mukesh Ambani

“All of us, in a sense, struggle continuously all the time, because we never get what we want. The important thing which I’ve really learned is how do you not give up, because you never succeed in the first attempt.” — Mukesh Ambani

“China and India will, separately and together, unleash an explosion of demand.” — Mukesh Ambani

“Our own childhood was totally different. I guess when you are left on your own, you find your true potential. I remember my father never came to our school even once. Nevertheless, he was hugely interested in our all-round development for which he did some amazing things.” — Mukesh Ambani

“You have to manage money. Particularly with market economies. You may have a great product, but if your bottom line goes bust, then that’s it.” — Mukesh Ambani

“We are using new technologies in meaningful ways. To build our new refinery in 60 percent of the time it took to build our first, we are training 20,000 people in a new generation of welding technology in six months.” — Mukesh Ambani

“Fill your years and minds with melodies of optimism.” — Mukesh Ambani

“As long as we place millions of Indians at the center of our thought process, as long as we think of their welfare, their future, their opportunities for self-realization we are on the right track.” — Mukesh Ambani

“We are now investing in each of our businesses to achieve substantial earnings growth in the future and create further value for millions of our shareholders.” — Mukesh Ambani

“I am a big believer that technology shapes mankind.” — Mukesh Ambani

Mukesh Ambani is a successful businessman of India. Apart from handling Reliance Industries Limited, he also owns the Indian Premier League franchise Mumbai Indians and also a reputed founder of Indian Super League, a football league in India. In 2012, Forbes named him as one of the richest sports owners in the world. Currently he is residing at Antilia Building, in Mumbai which is one of the world’s most expensive private residences with its value reaching $1 billion.

I hope you got to know some interesting about this business tycoon. If yes, then do share these inspirational Mukesh Ambani Quotes Images with your loved ones.

3 Shares
Related Topics:
Up Next

Charlie Chaplin Quotes That Will Make You Laugh