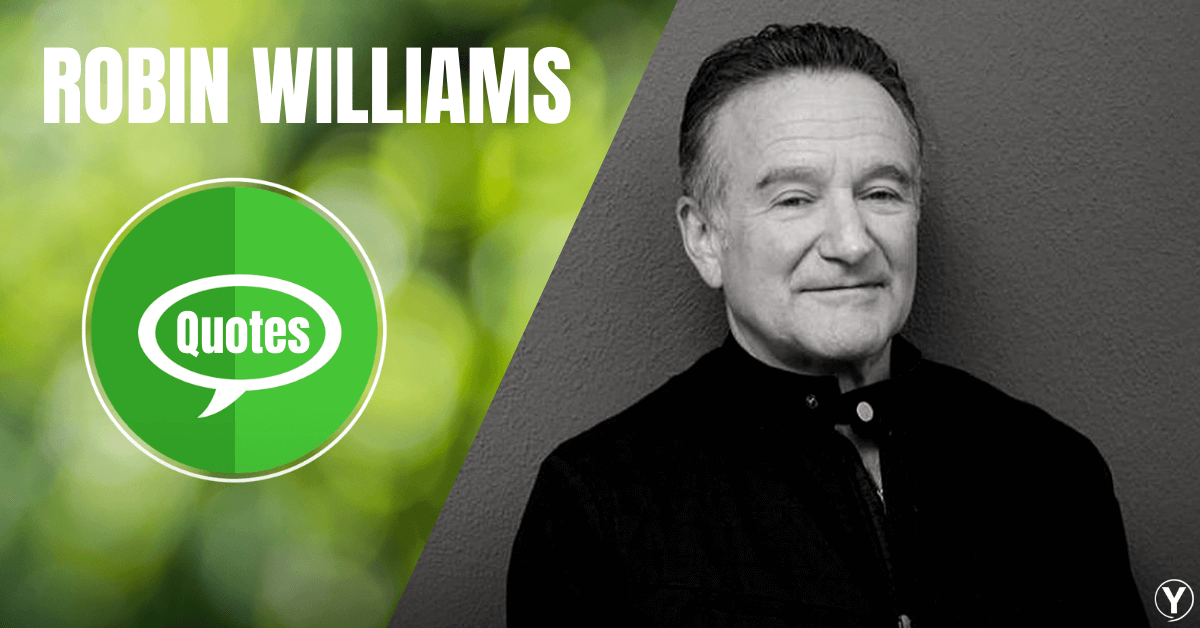 Robin Williams, the original name Robin McLaurin Williams is the man behind lots and lots of laughter and comedy. He is considered to be one of the most famous American actor and comedian. The man is known for his stand-up comedy shows.

Robin dropped out from studies in order to pursue his passion which was acting. Williams was really special and extravagant in his acting skills. In the mid-1970s he started performing stand-up comedy in the San Francisco Bay Area. The first performance he gave was at the Holy City Zoo, a comedy club in San Francisco. Later he used to perform in Los Angeles, England and many parts of the world.

Williams is known to establish a great career in both stand-up comedies as well as feature film acting. Improvisation skills made him give his best in his career. He was famous for creating a wide variety of memorable character voices which he created. The critics lauded him as one of the funniest comedians of all time.

Robin was famous for his words of wisdom which took him to great heights. So let’s explore some of the most interesting Robin Williams Quotes from all time.

“Our job is improving the quality of life, not just delaying death.” — Robin Williams

“Self-reliance is the key to vigorous life. A man must look inward to find his own answers” — Robin Williams

“The world is open for play, everything and everybody is mockable in a wonderful way.” — Robin Williams

“The Statue of Liberty is no longer saying, ‘Give me your poor, your tired, your huddled masses.’ She’s got a baseball bat and yelling, ‘You want a piece of me?” — Robin Williams

“No matter what people tell you, words and ideas can change the world.” — Robin Williams

“I knew Matt Damon and Ben Affleck were really talented. As actors, they were both studly young men, and they had great writers’ chops.” — Robin Williams

“If Heaven exists, to know that there’s laughter, that would be a great thing.” — Robin Williams

“Ah yes, divorce … from the Latin word meaning to rip out a man’s genitals through his wallet.” — Robin Williams

“We’ve had cloning in the South for years. It’s called cousins.” — Robin Williams

“Reality is just a crutch for people who can’t deal with drugs.” — Robin Williams

“I went to rehab in wine country, just to keep my options open.” — Robin Williams

“But only in their dreams can men be truly free. It was always thus and always thus will be.” — Robin Williams

“We have a president for whom English is a second language. He’s like ‘We have to get rid of dictators,’ but he’s pretty much one himself.” — Robin Williams

“You know what music is? God’s little reminder that there’s something else besides us in this universe; harmonic connection between all living beings, everywhere, even the stars.” — Robin Williams

“You treat a disease, you win, you lose. You treat a person, I guarantee you, you’ll win, no matter what the outcome.” — Robin Williams

“The human spirit is more powerful than any drug and that is what needs to be nourished: with work, play, friendship, family. These are the things that matter.” — Robin Williams

Robin Williams was counted among top comedian star and American actor. His special skills made him popular among the masses.

But as nothing lasts forever, the same happened with Robin. He committed suicide in 2014 at his home in Paradise Cay, California. His wife Susan Schneider attributed his suicide to his struggle with Lewy body disease.

We hope you enjoyed knowing about this talented actor. So let’s spread the famous Robin Williams Quotes Images with others as well just by sharing through Yourself Quotes.