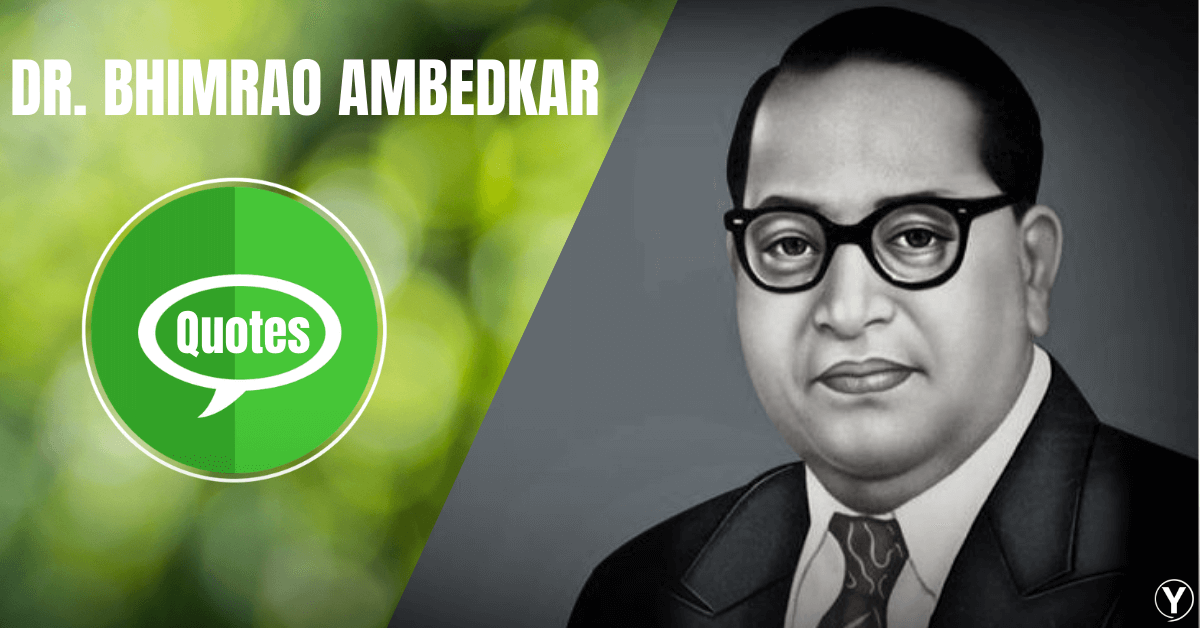 Dr. Bhimrao Ramji Ambedkar, who is also popular with the name Babasaheb Ambedkar. He was an Indian jurist, economist, and politician. The man who was the major architect of our Indian Constitution is none other than Dr. B.R. Ambedkar.

Ambedkar Jayanti is celebrated every year on the day of 14th April to rejoice in the birth of Dr. B. R. Ambedkar. This day is observed as a public holiday throughout India. The birth anniversary of this great leader is not only celebrated in India but across the globe also.

Dr. B.R. Ambedkar Family: Ambedkar was born to Ramji Maloji Sakpal, an army officer who held the rank of Subedar, and Bhimabai Sakpal, daughter of Laxman Murbadkar. He was the 14th child of the family.

He was the only person from his caste who went to Elphinstone High School, Mumbai to complete studies. After that, he went on to complete his studies. He pursued his post-graduation from the London School of Economics. The leader died on 6 December 1956 in Delhi, India.

According to his point of view, Shudras were  “part of the Kshatriya Varna in the Indo-Aryan society”, but became socially degraded after they inflicted many tyrannies on Brahmins. He was a great supporter of equality and totally opposed untouchability. He actively participated and launched movements against untouchability. To raise his voice against this cruelty he organized public movements and marches.

When India got independence on 15 August 1947, the new Congress-led government invited Ambedkar to serve as the nation’s first Law Minister, which he accepted. He was adjourned as Chairman of the Constitution Drafting Committee. Moreover, he was appointed by the Assembly to write India’s new Constitution.

He spoke that “I personally do not understand why religion should be given this vast, expansive jurisdiction, so as to cover the whole of life and to prevent the legislature from encroaching upon that field. After all, what are we having this liberty for? We are having this liberty in order to reform our social system, which is so full of inequities, discrimination, and other things, which conflict with our fundamental rights”.

The man was the one who walked through tough times and then led the nation towards the path and policy of equality. So let’s explore some of the most acceptable Dr. Bhimrao Ambedkar Quotes to share with all on the occasion of Ambedkar Jayanti.

“Ambedkar Jayanti is a reminder that we are also the sons of this country and we must fulfill our duties towards our country.” 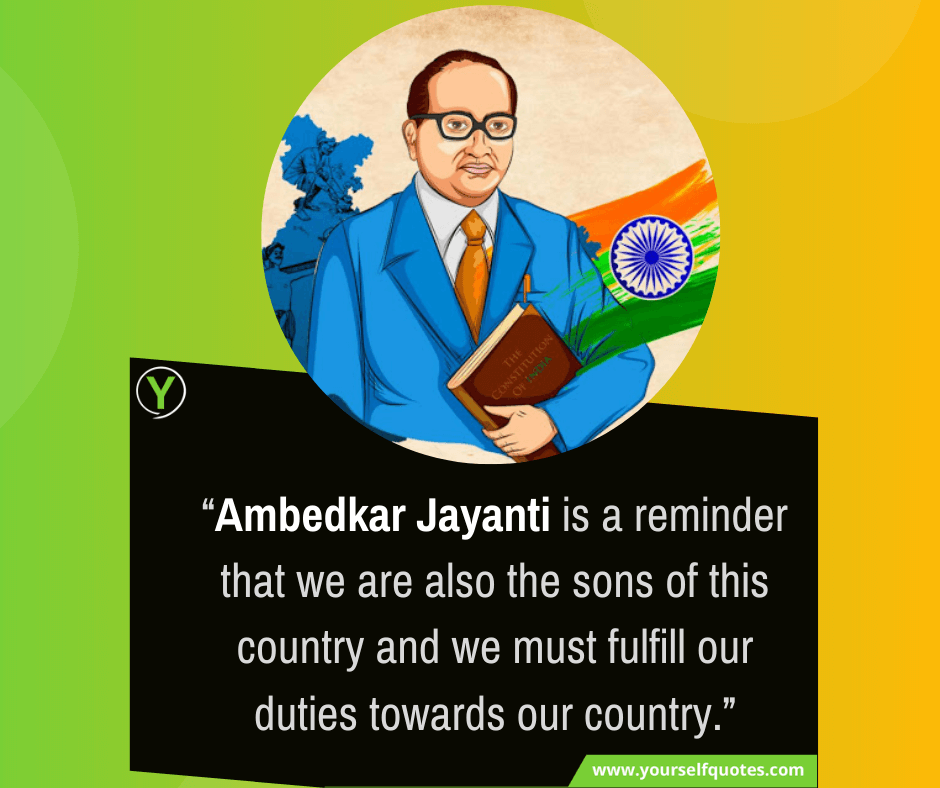 “A great man is different from an eminent one in that he is ready to be the servant of the society.” — Dr. B.R. Ambedkar 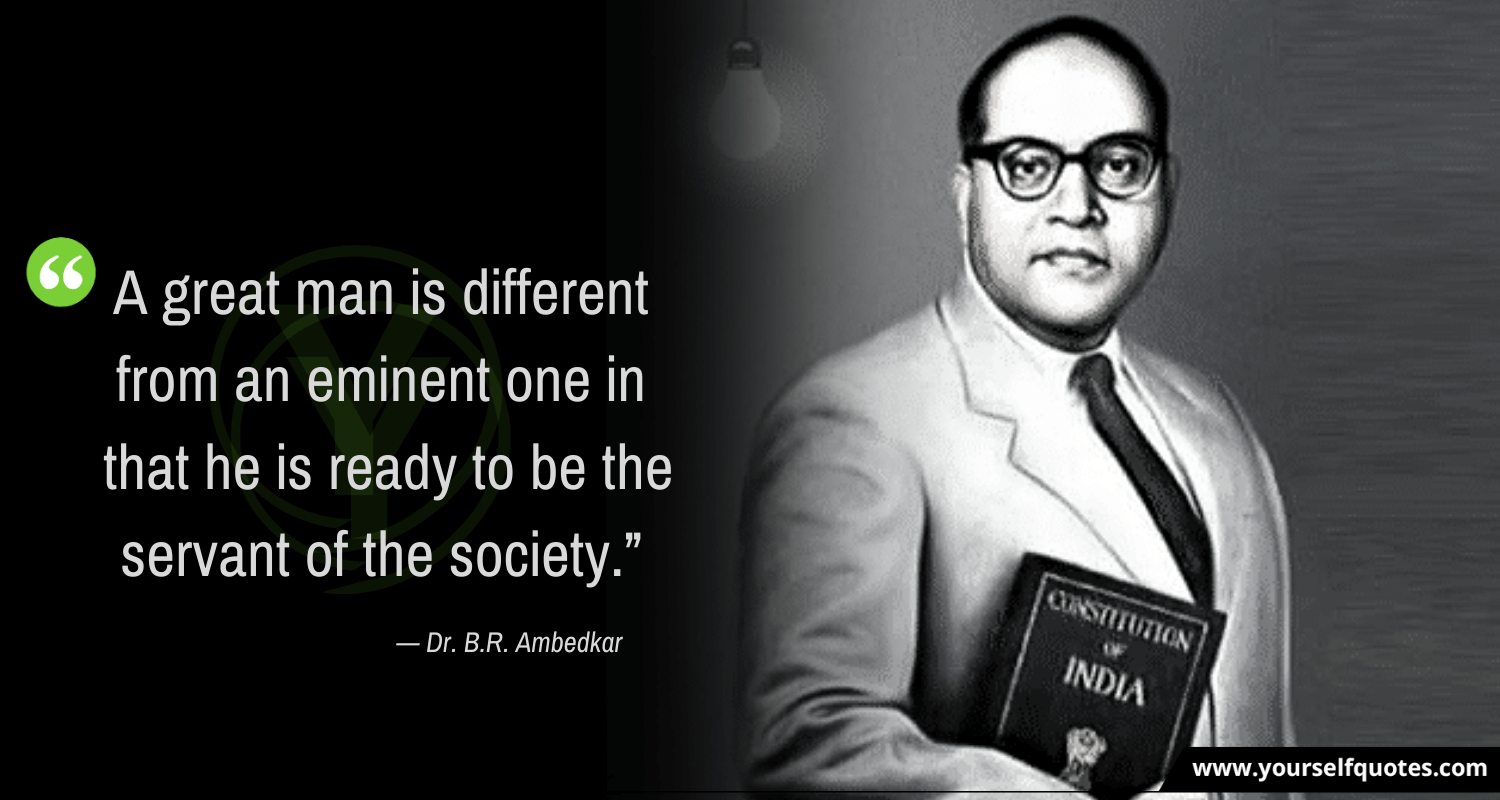 “The relationship between husband and wife should be one of closest friends.” — Dr. B.R. Ambedkar 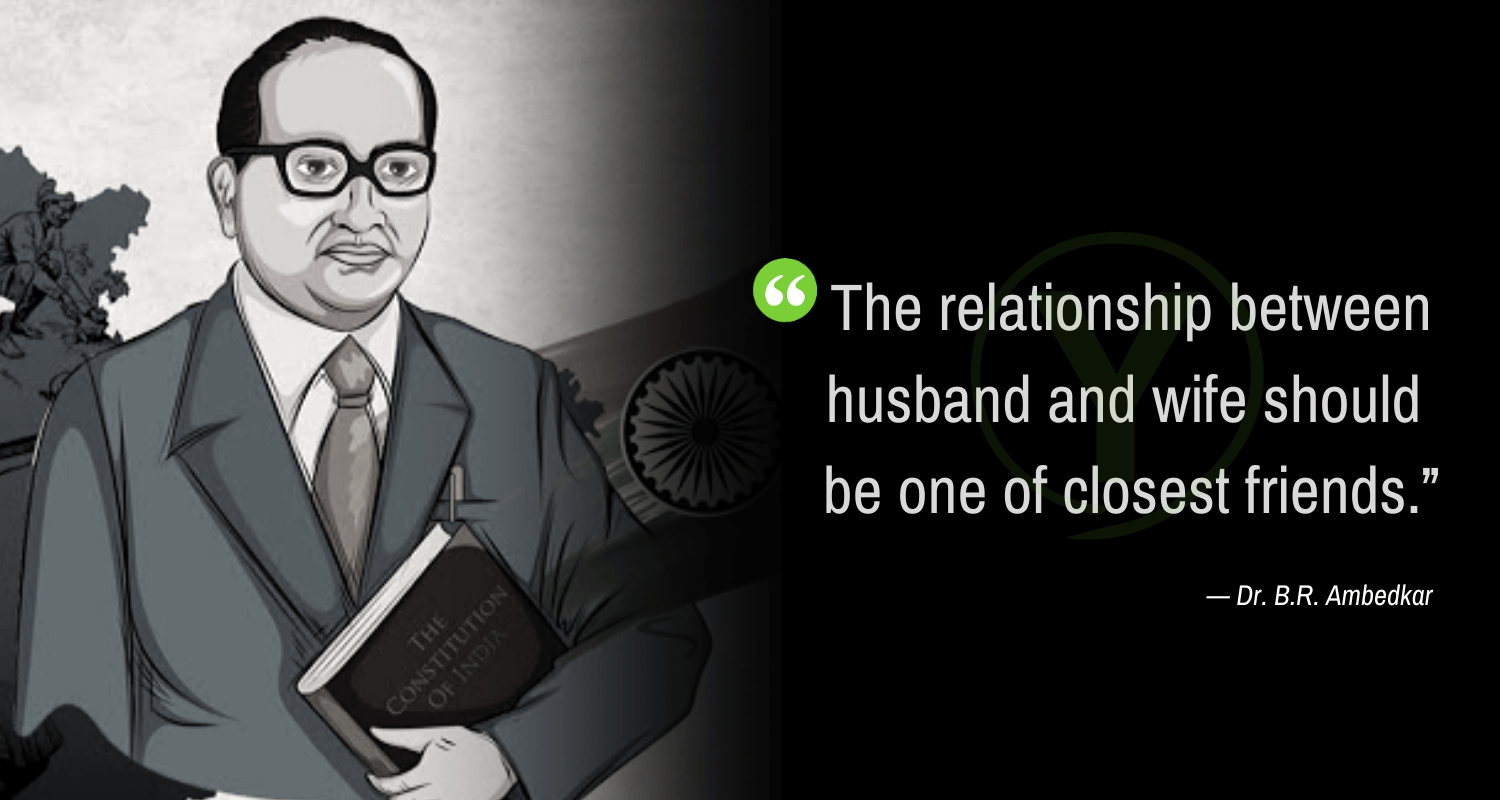 “Cultivation of mind should be the ultimate aim of human existence.” — Dr. B.R. Ambedkar 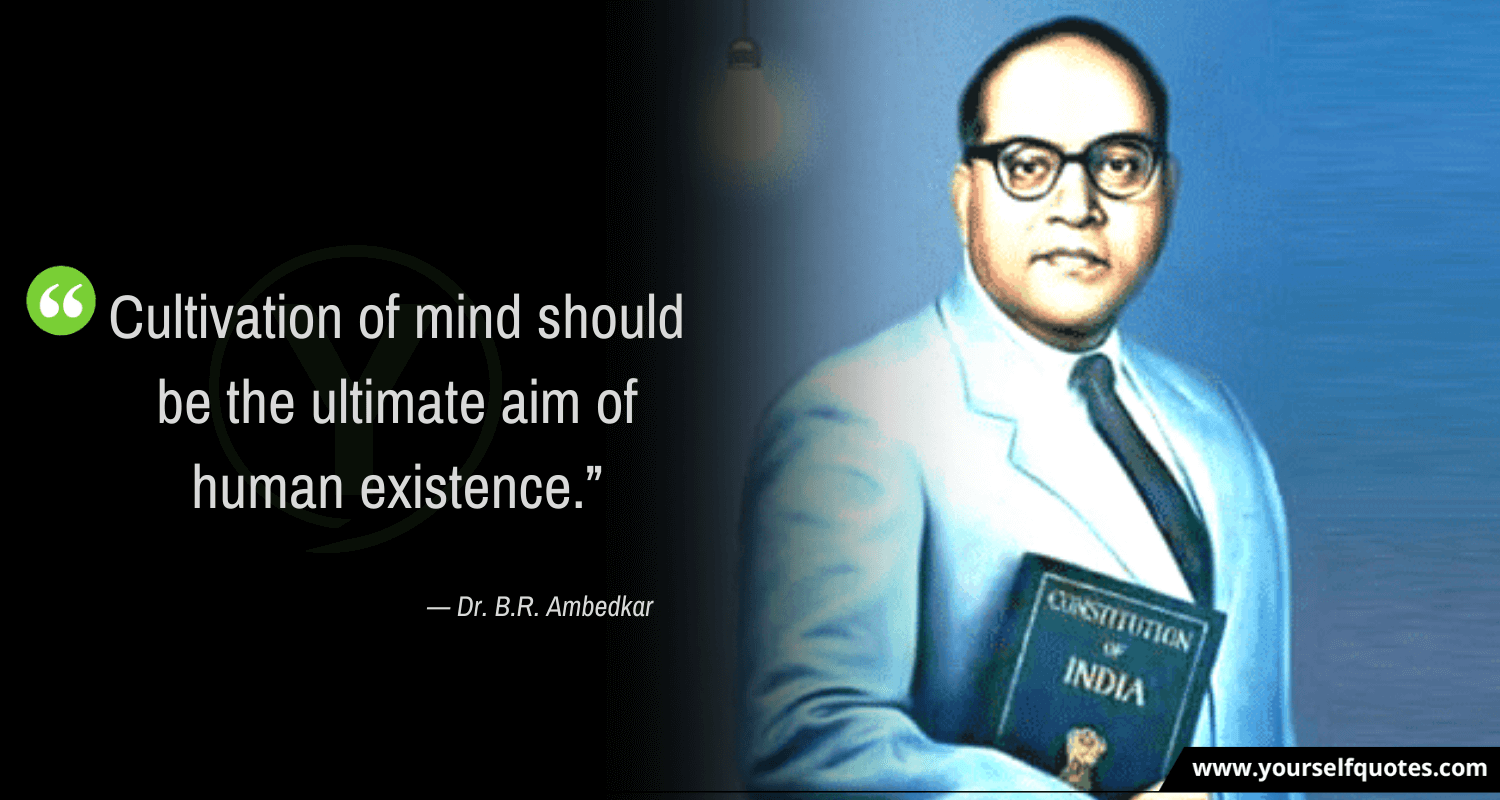 “The basic idea underlying religion is to create an atmosphere for the spiritual development of the individual.” — Dr. B.R. Ambedkar

“In Hinduism, conscience, reason and independent thinking have no scope for development.” — Dr. B.R. Ambedkar 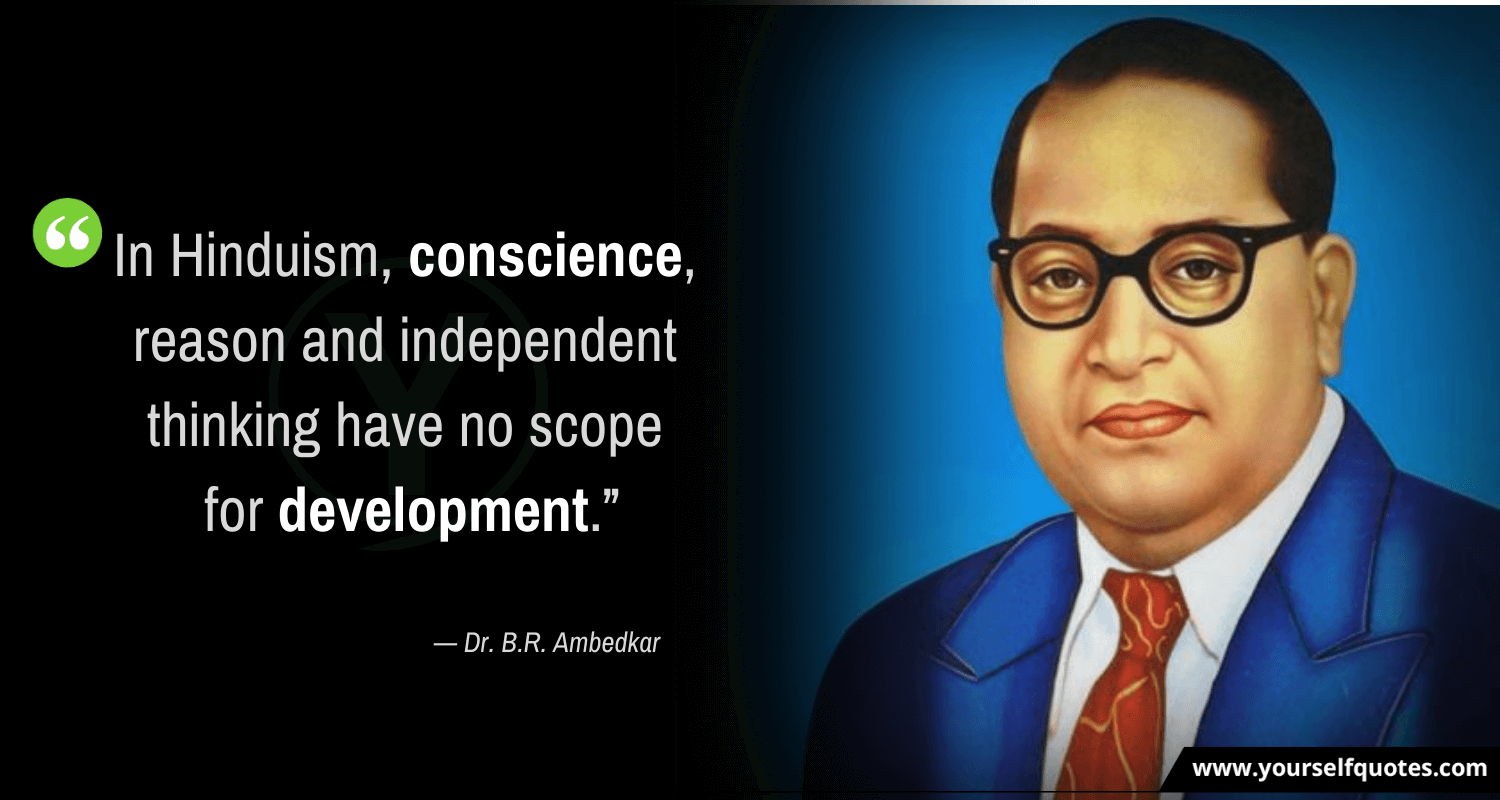 “I like the religion that teaches liberty, equality and fraternity.” — Dr. B.R. Ambedkar 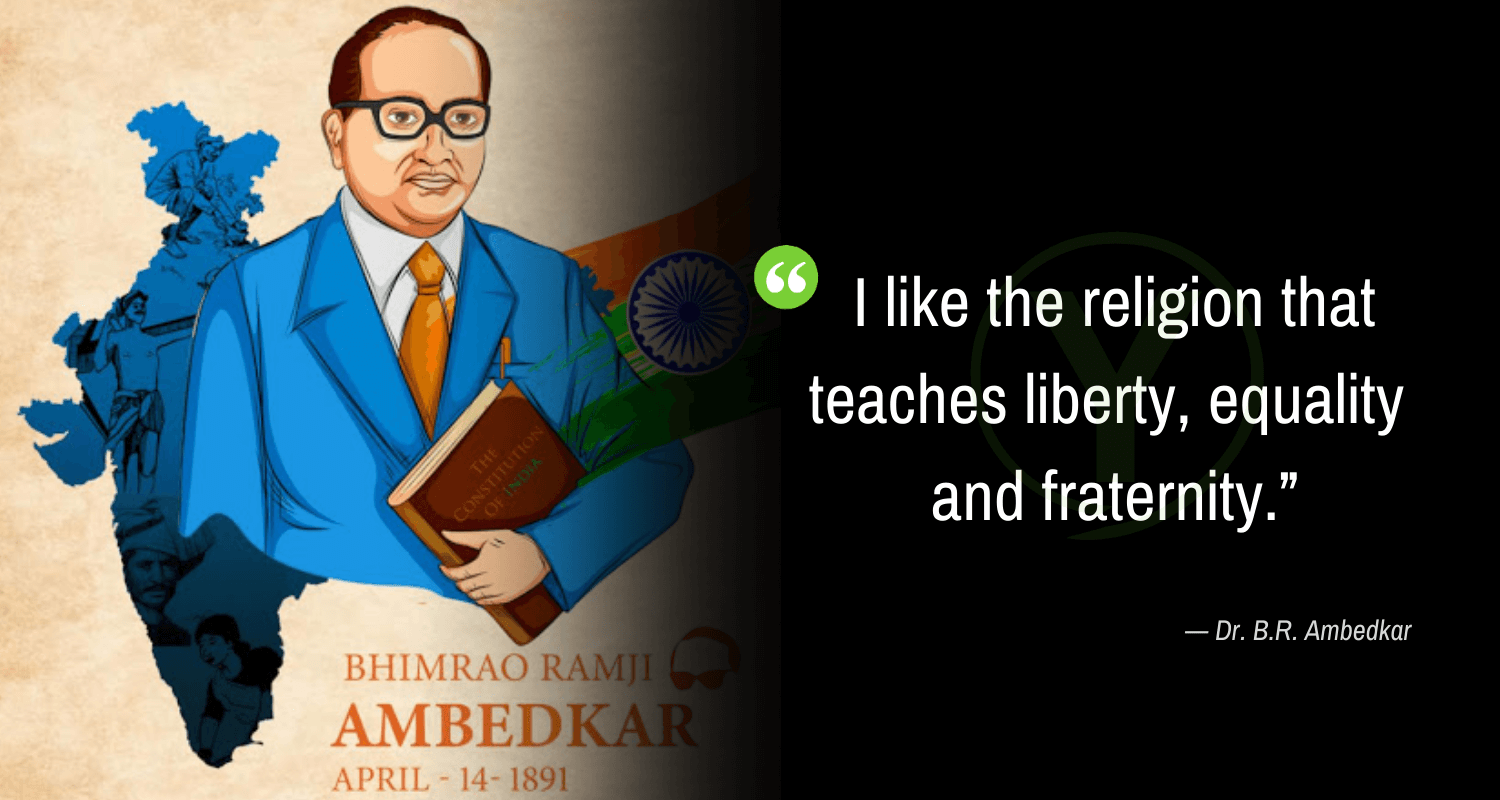 “I measure the progress of a community by the degree of progress which women have achieved.” — Dr. B.R. Ambedkar 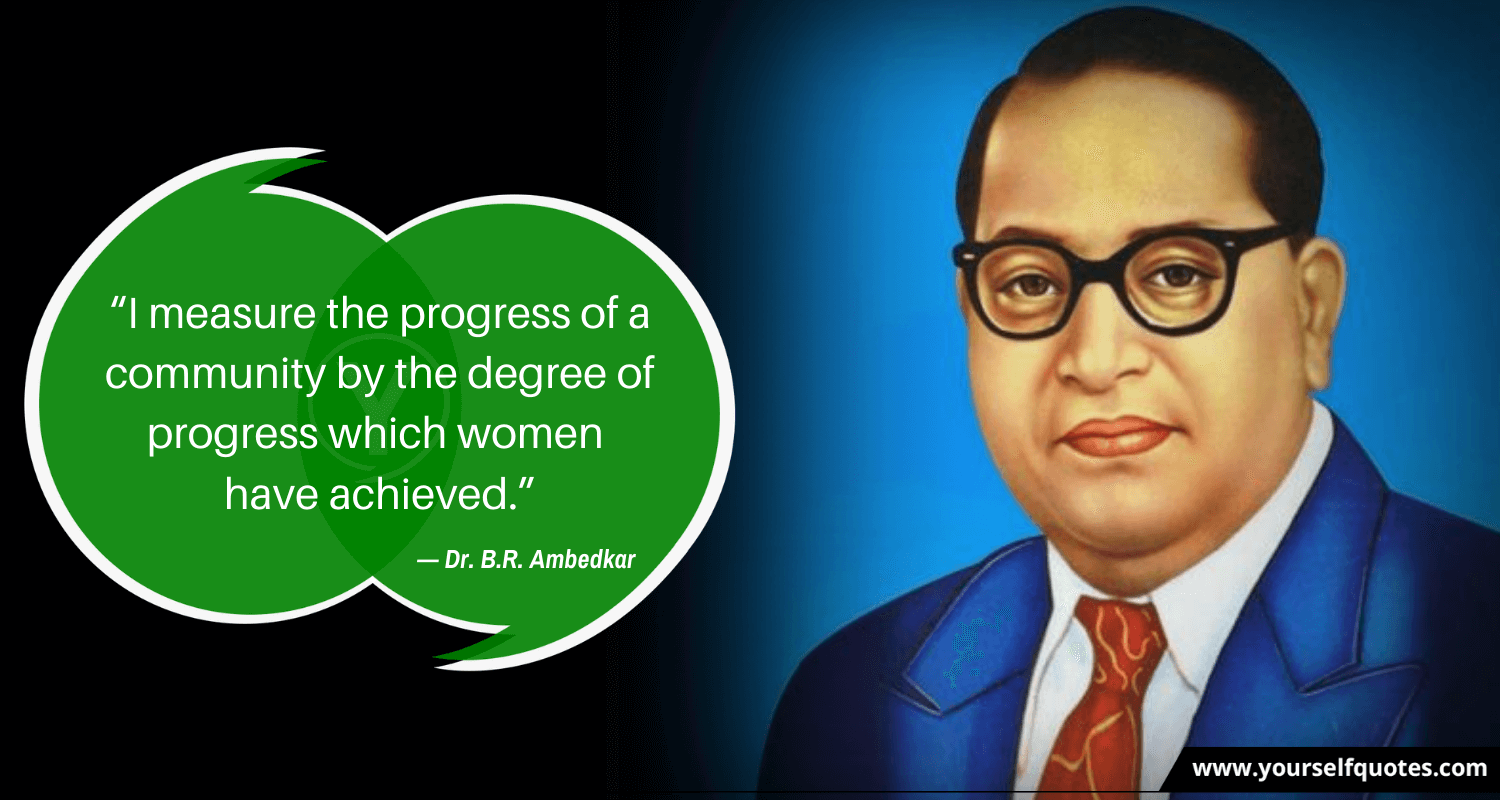 “The sovereignty of scriptures of all religions must come to an end if we want to have a united integrated modern India.” — Dr. B.R. Ambedkar 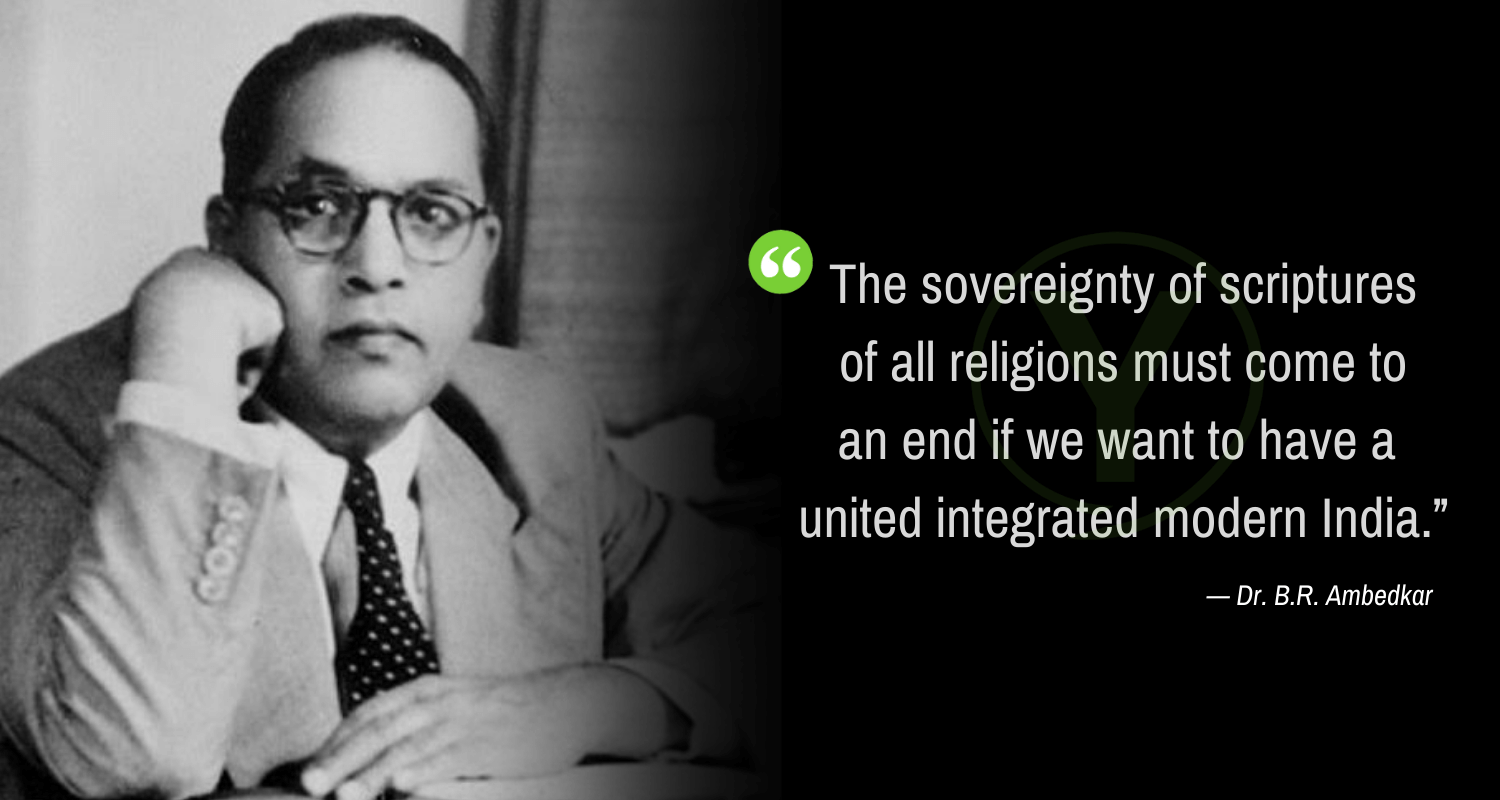 “Equality may be a fiction but nonetheless one must accept it as a governing principle.” — Bhimrao Ambedkar Quotes 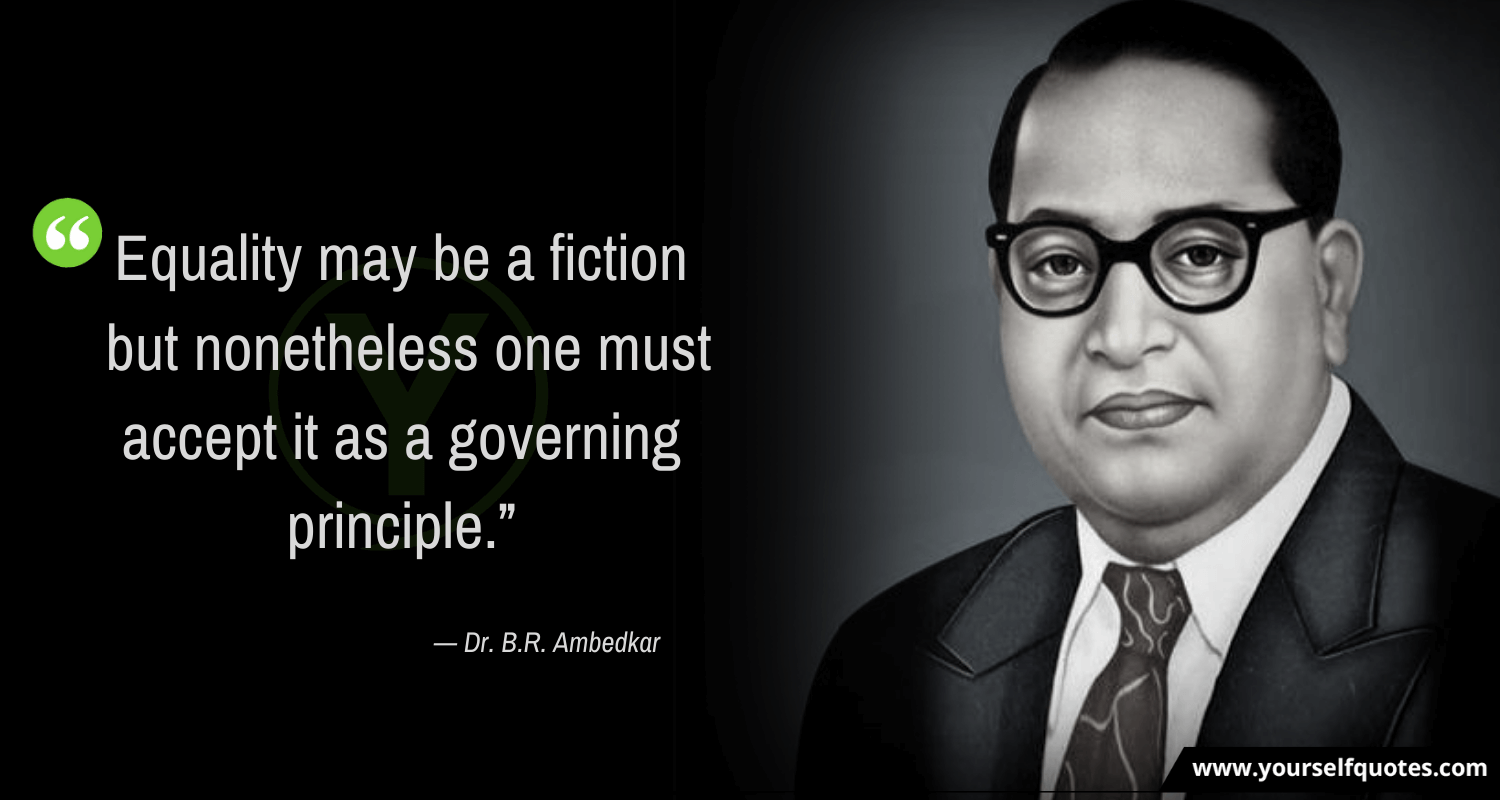 “Though I was born a Hindu, I solemnly assure you that I will not die as a Hindu.” — Dr. B.R. Ambedkar 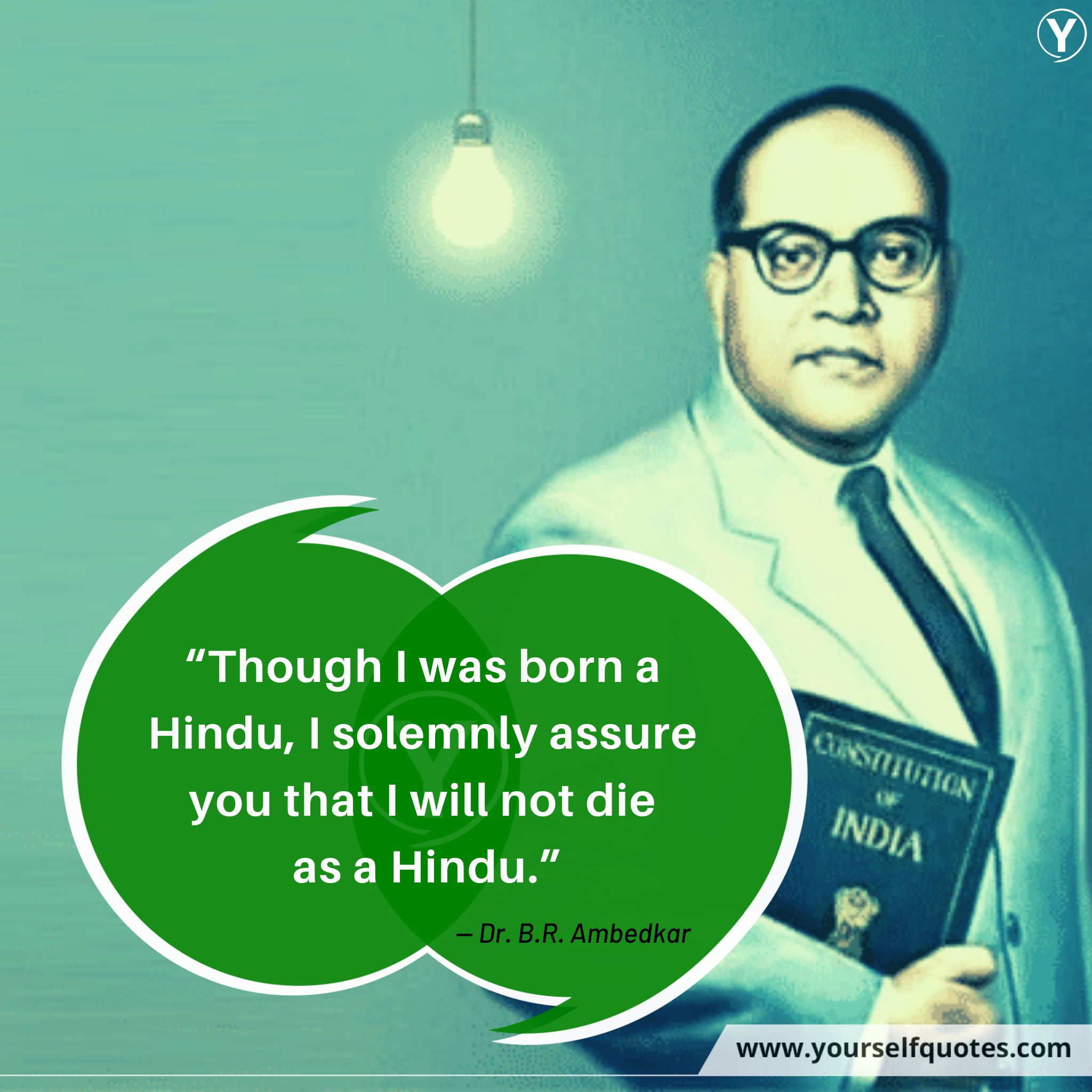 “Humans are mortal. So are ideas. An idea needs propagation as much as a plant needs watering. Otherwise, both will wither and die.” — Dr. B.R. Ambedkar 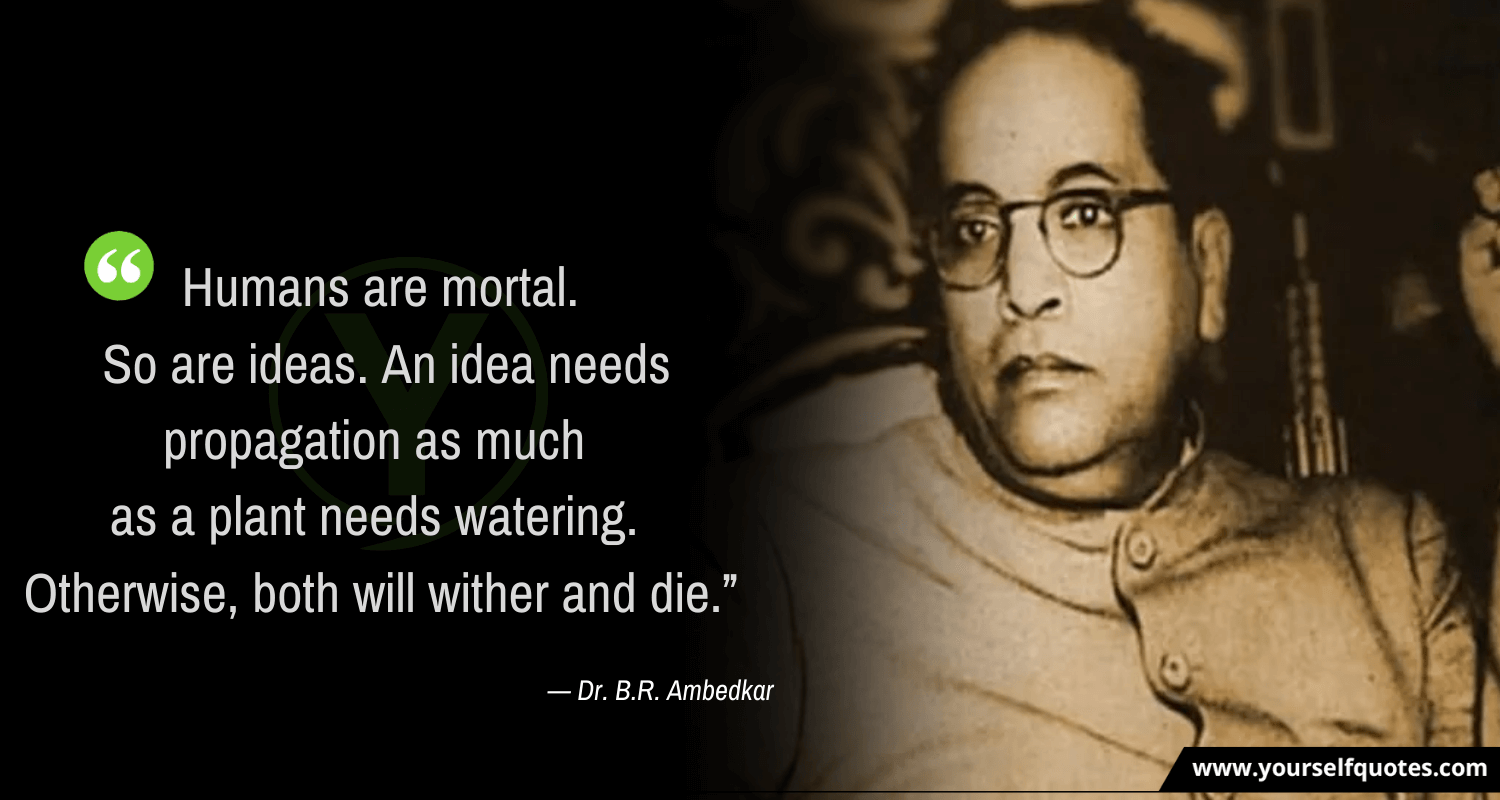 “If I find the Constitution being misused, I shall be the first to burn it.” — Bhimrao Ambedkar Quotes 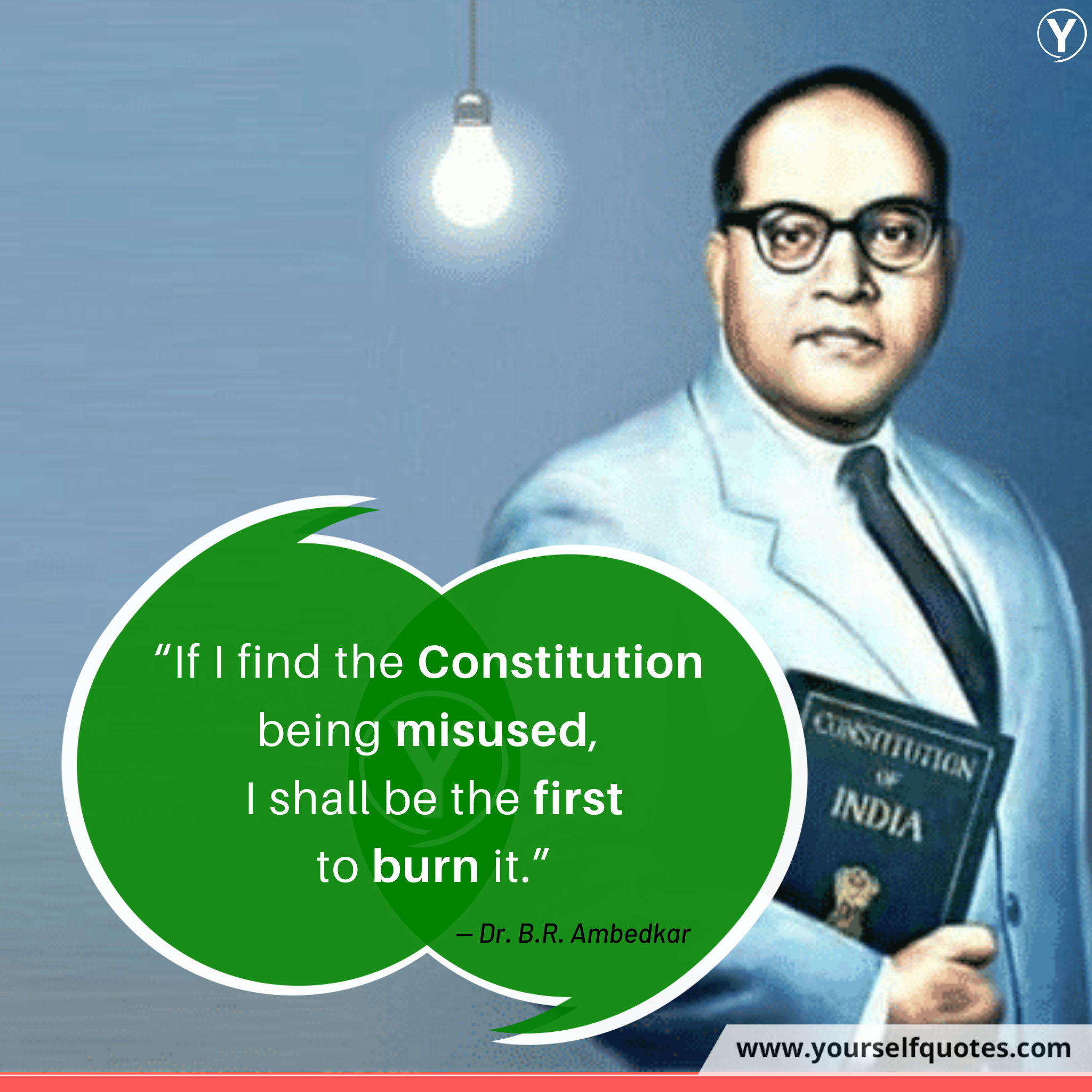 Dr. B.R. Ambedkar, the man of truth and equality was a strong opposer of untouchability. He was the man who crafted our Indian constitution.

Every year 14th April is observed as Ambedkar Jayanti. On this day processions are carried out by his followers at Chaitya Bhoomi in Mumbai and Deeksha Bhoomi in Nagpur. Many senior national figures, such as the President, Prime Minister, and leaders of major political parties, pay homage to the statue of Ambedkar at the Parliament of India in New Delhi. Large numbers of people visit local statues commemorating Ambedkar in procession with lots of fanfare.

On the upcoming occasion of Ambedkar Jayanti, we wish you all a happy and satisfied contented life with these powerful and thought-provoking Bhimrao Ambedkar Quotes to be shared with all.