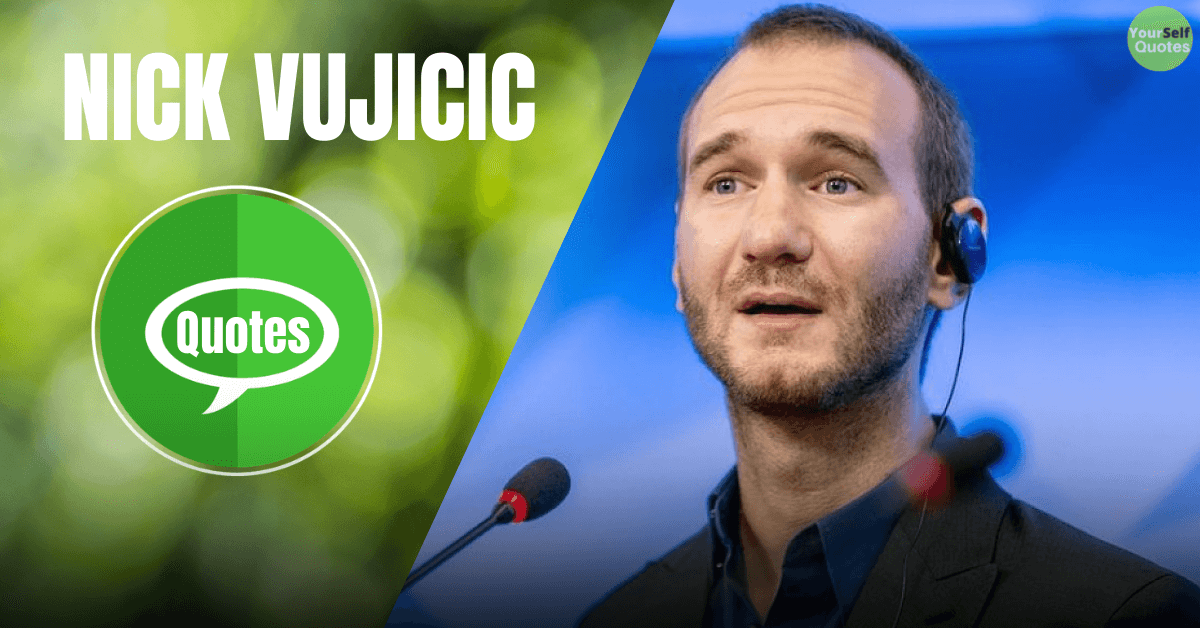 Could you imagine life without legs and arms? It’s next to imposable to survive on the earth without it. However, An Australian born Nick Vujicic has made it possible without his legs and arms. Nick believes that anything could be achieved in life if you have a certain goal and strong will to do. He used to say that if you fail, try again and again to full fill it. As the movement you give up is the movement of fail so never give up on your success. He has a bubbly personality. Today he is inspiring millions of people around the world by his speech.

Who is Nick Vujicic? Nick Vujicic born in Australia with a rare type of disorder called phocomelia on Dec 1981. he born without a limb (No arms, No Legs). Due to physically challenge his home state law was not allowing him to go to mainstream school. After a few changes in state law, his parent tried for admission in school and he got admitted into a state school. But here all the student bullies him because he has no arm and no legs. Now Nick had disappointed and he was in depression. Nick was not willing to live, and tried suicide by drowning himself, but his parent had prevented from this.

One day he thought that God has some plan for him and he will not suicide. His mother shown a story in the local newspaper about a disabled person that how that person was living a happy life without any problem. That day Nick has decided that he will do something in life. He stands up tried every possible way to make his life better. Today he can work on the computer, throw a tennis ball and many more things he can do.

In 2008, he moved to the USA. He met with Kanae Miyahara a Japanese girl. Later he married her in 2012 and today they have 4 children. 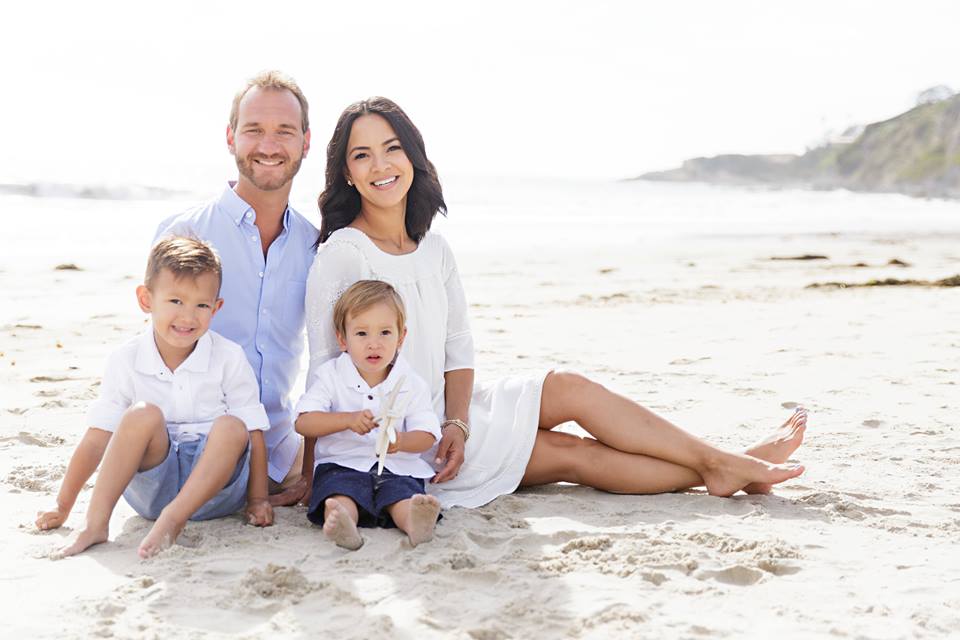 “I believe if God doesn’t give you a miracle, you are a miracle for somebody else’s salvation.” ― Nick Vujicic

“In life, you have a choice: Bitter or Better? Choose better, forget bitter.” ― Nick Vujicic

“Love yourself, dream big, don’t give up, and hope is everything.“ ― Nick Vujicic

“God gave you just one mouth but He gave you two ears, so you should listen twice as much as you speak.” ― Nick Vujicic

“Do not give up because you do not know what’s around the corner.” ― Nick Vujicic[

“There are some things in life that are out of control that you can’t change and you got to live with it.” ― Nick Vujicic

“Don’t put your life on hold so you can dwell on the unfairness of past hurts.”  ― Nick Vujicic

“Motivation gets you through the day, but inspiration lasts a lifetime.”  ― Nick Vujicic

“The greater the struggle, the more glorious the triumph.”  ― Nick Vujicic

“Failure is not important, how you overcome it is.”  ― Nick Vujicic

“You may not control what happens to you, but you can control how you respond.”  ― Nick Vujicic

“One of the best ways to take the pain out of past experiences is to replace the hurt with gratitude.”  ― Nick Vujicic

“Hope is being able to see that there is light despite all of the darkness.”  ― Nick Vujicic

“Defeat happens only to those who refuse to try again.”  ― Nick Vujicic

“Every day you wait to try something new is a day wasted not knowing what is possible.”  ― Nick Vujicic

“if God can use a man without arms and legs to be his hands and feet. Then God can use any willing heart.” ― Nick Vujicic

“Every sunset leads to the next sunrise. Whatever season you are in right now, there is hope for a new day.”  ― Nick Vujicic

“You can’t even stand without risking to fall.” ― Nick Vujicic

“Too many people are not living out their dreams because they’re too busy living in fear. Break the habit!”  ― Nick Vujicic

“Pain is a pain. Broken is Broken. Fear is the biggest disability of all. All will paralyze you more then you being in a wheelchair.”  ― Nick Vujicic

“Put a go in front of the disabled. it spells: God is Abled.” ― Nick Vujicic

“I will try one hundred times to get up, and if I fail and give up, will I ever get up? No! If I fail I’ll try again, and again and again. But I want to tell you it’s Not the End.”  ― Nick Vujicic

“Don’t give up. And know that there is always someone out there who believes in you and who loves you just the way that you are.”  ― Nick Vujicic

Always be positive in life as you read above how a disabled person can survive his life and live life by his own way. Maybe God has given everything to you but you’re pointing your negativity and you are disappointing.

So, remember the Nick Vujicic Quote Images which will give you strength. Just find the purpose in life, it will help you to reach the goal. Believe me, one day you will be also a success. Request you please write below the purpose of life and how do you feel after learning this quotes and biography of this self-made man Nick Vujicic (official website)

Michelle Obama Quotes That Will Inspire Live Your Best Life

7 Leadership Lessons That Can Change Your Life

This website uses cookies to improve your experience while you navigate through the website. Out of these cookies, the cookies that are categorized as necessary are stored on your browser as they are essential for the working of basic functionalities of the website. We also use third-party cookies that help us analyze and understand how you use this website. These cookies will be stored in your browser only with your consent. You also have the option to opt-out of these cookies. But opting out of some of these cookies may have an effect on your browsing experience.
Necessary Always Enabled
Necessary cookies are absolutely essential for the website to function properly. This category only includes cookies that ensures basic functionalities and security features of the website. These cookies do not store any personal information.
Non-necessary
Any cookies that may not be particularly necessary for the website to function and is used specifically to collect user personal data via analytics, ads, other embedded contents are termed as non-necessary cookies. It is mandatory to procure user consent prior to running these cookies on your website.
SAVE & ACCEPT
787 Shares
Copy link
CopyCopied
Powered by Social Snap