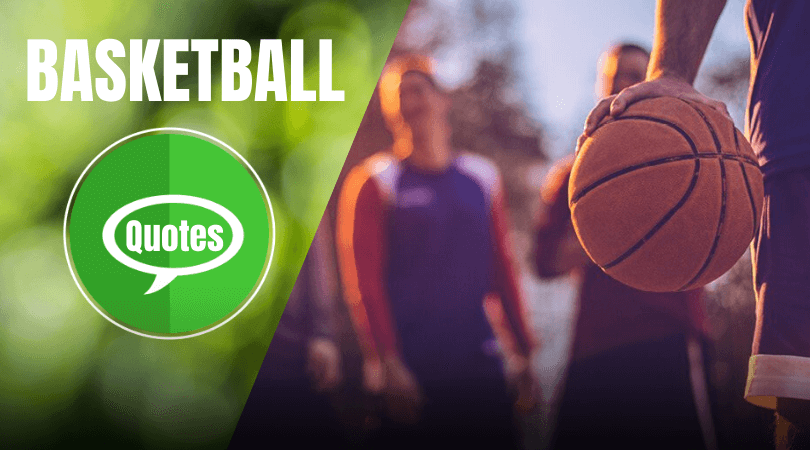 Playing sports has always been fun. Whether it is indoor or outdoor sports, the games will always entertain you. There are a number of games available, out of which you can choose the one you want to play. And from many sports options available, one such game is Basketball.

Basketball the game of encouragement, inspiration, and team-work

Basketball is the game that will always entertain you, inspire you and encourage you to play it more and more. This game will enable you to develop many skills and techniques in yourself. The utmost skill that you develop in yourself through this game is teamwork. Yes, this is one of the most played games which will teach you team-work.

Basketball – Learn while having Fun

The game you play is full of entertainment and fun. And at the same time, the game you play teaches you a lot. While having a fun time at the basketball court, you unknowingly learn a lot of valuable skills and techniques. By scoring hard while putting the ball in the net with the constant support of your team, you learn the skill of teamwork. By encouraging your team-mates and guiding them in the right direction, you learn the skill of leadership and become a good coach.

The game of Basketball holds a very important place in history as well as in the present times. Many well-known Basketball players have enriched us not just with their outstanding performance on the court, but also off-court.  The skills possessed by these players, made them recognize and win the heart of millions by their excellent deliverables on the court and off-court as well. Some of the top-known players of all time such as Michael Jordan, Magic Johnson, Kareem Abdul-Jabbar, Larry Bird, Hakeem Olajuwon, and many more in the list are still known because of their outstanding performance.

Now as you know Basketball is not just a game, but a complete match of fun with learning, and this will really motivate you always. So let’s explore out the really encouraging Basketball Quotes to keep yourself updated.

“Push yourself again and again. Don’t give an inch until the final buzzer sounds.” — Larry Bird

“Basketball isn’t just a sport. It is an art, one that must be mastered to succeed.” — Stephen Curry

“Basketball is a lifelong game. You continue to learn from the game day in and day out, and all along the way, you get better.” — Scottie Pippen

“Basketball is a beautiful game when the five players on the court play with one heartbeat.” — Dean Smith

“Teamwork is the beauty of our sport, where you have five acting like one.” — Mike Krzyzewski

“Basketball is a game of sacrificing yourself for the next guy, being a team that takes good shots, and taking the right shots” — David Blatt

“Basketball is a full-court game, so every drill must be done full court.” — Bob Knight

“The better-conditioned team will probably win in the long run.” — John Wooden

“Some people want it to happen, some wish it would happen, and others make it happen.” — Michael Jordan

“Everything negative pressure, challenges are all an opportunity for me to rise.” — Kobe Bryant

“Basketball is a team game. But that doesn’t mean all five players should take the same amount of shots.” — Dean Smith

“I haven’t been able to slam-dunk the basketball for the past five years. Or, for the thirty-eight years before that, either.” — Dave Barry

“There are really only two plays: Romeo and Juliet, and put the darn ball in the basket.” — Abe Lemmons

“I try to do the right thing at the right time. They may just be little things, but usually, they make the difference between winning and losing.” — Kareem Abdul-Jabbar

“The only difference between a good shot and a bad shot is if it goes in or not.” — Charles Barkley

“Basketball is like a war in that offensive weapons are developed first, and it always takes a while for the defense to catch up.” — Red Auerbach

“Go hard on every play because it could be the play that makes the difference in the game.”

“The invention of basketball was not an accident. It was developed to meet a need. Those boys simply would not play ‘Drop the Handkerchief.” —  James Naismith

“Don’t leave the court on a miss. Always finish with the result you want.”

“I gave everything I had to basketball. The passion is still there, but the desire to play is not. It was a great ride.” —  Allen Iverson

“Games typically come down to five plays. You either make those plays or you don’t.”

“I would tell players to relax and never think about what’s at stake. Just think about the basketball game. If you start to think about who is going to win the championship, you’ve lost your focus.” — Michael Jordon

“Coaching is easy. Winning is the hard part.” — Elgin Baylor

“Playing Sick. That was so hard to do. It had to be a total mental challenge, as well as the physical challenge.

“Toughness is a skill and can be practiced and improved like all other skills.”

“Leadership is diving for a loose ball. It’s about being able to take it as well as dish it out. That’s the only way you are going to get respect from other players.” — Larry Bird

“Winning isn’t like a light bulb. You can’t just switch it on when you need it.”

“Basketball it’s not just a sport, it’s a lifestyle.”

“When you’re not practising, someone else is getting better.” — Allen Iverson

“Concentration and mental toughness are the margins of victory.” — Bill Russell

“How good can we expect to be if our best player is not our best teammate.” — Brad Stevens

“But that’s the thing about basketball: you don’t play games on paper.”

“Teamwork is the ability to work together toward a common vision.”

“I treated it like every day was my last day with a basketball.” — LeBron James

“You need to be consistent. Every game is important for you and your team.” — Nikola Jokic

“I can accept failure, everyone fails at something. But I can’t accept not trying.” — Michael Jordan

“A leader must inspire or his team will expire.” — Orrin Woodward

“You must expect great things of yourself before you can do them.” — Michael Jordan

“Basketball is not only my passion it’s my Life & Attitude.”

“Unity is strength. . . When there is teamwork and collaboration, wonderful things can be achieved.” — Mattie Stepanek

“One man can be a crucial ingredient on a team, but one man cannot make a team.” — Kareem Abdul-Jabbar

“You must not only have competitiveness but ability, regardless of the circumstance you face, to never quit.” — Abby Wambach

“If you are afraid of failure, you don’t deserve to be successful.”

“Create unselfishness as the most important team attribute” — Bill Russell

“I believe the only muscles you need in basketball are the ones in your brain.” — Nikola Jokic

“Ability may get you to the top, but it takes character to keep you there.” — John Wooden

“Excellence is not a singular act, but a habit. You are what you repeatedly do.” — Shaquille O’Neal

“Don’t be afraid of failure. This is the way to succeed.” — LeBron James

“Everybody has talent, but ability take hard work.” — Michael Jordan

“You can’t win unless you learn how to lose.” — Kareem Abdul Jabbar

“There is a lot of basketball beyond our control, but a player should never let anyone try harder than he does.” — Dean Smith

“There is no such thing as a perfect basketball player, and I don’t believe there is only one greatest player either.” — Michael Jordan

“In order to achieve positive results, one must work for them, not hope for them.” — Bob Knight

“The only important statistic is the final score.” — Bill Russell

“I think, the team first. It allows me to succeed, it allows my team to succeed.” — LeBron James

“You have to earn your right to win the game with effort and togetherness.” — Brad Stevens

“Simplify the game as much as possible. When you add, you must subtract.” — Don Meyer

“A player who makes a team great is better than a great player.”

“Self Belief and Confidence will always earn you success.”

“One player’s selfish attitude can poison the locker room and make it hard, if not impossible, to establish teamwork.” — Dean Smith

“You need your best players to play their best when their best is needed.” — Jeff van Gundy

“I really get motivated when I have doubters.” — Michael Jordan

“You can have discipline and be demanding without being demeaning.” — Don Meyer

“Winning is more related to good defence than good offence.”

“The highest level of achievement is attained by the teams with the best-conditioned players.” — Dr Jack Ramsay

Basketball is one of the most popular sports in the world. This famous sport was invented in 1891 by a Canadian American physical educator named James Naismith.

This game teaches us many skills and techniques which we can easily use in our daily lives. Just like the game of life, having the right motivation plays a key role in winning the game of basketball.  So you need to improve yourself and reach the next level every day. And this is possible by having the best inspiring basketball quotes at hand.

I hope you enjoyed knowing interesting facts about the game of basketball. If yes, then do share these exciting Basketball Quotes Images with your family, friends, and loved ones.

Sad Quotes That Will Burst Out Your Emotions