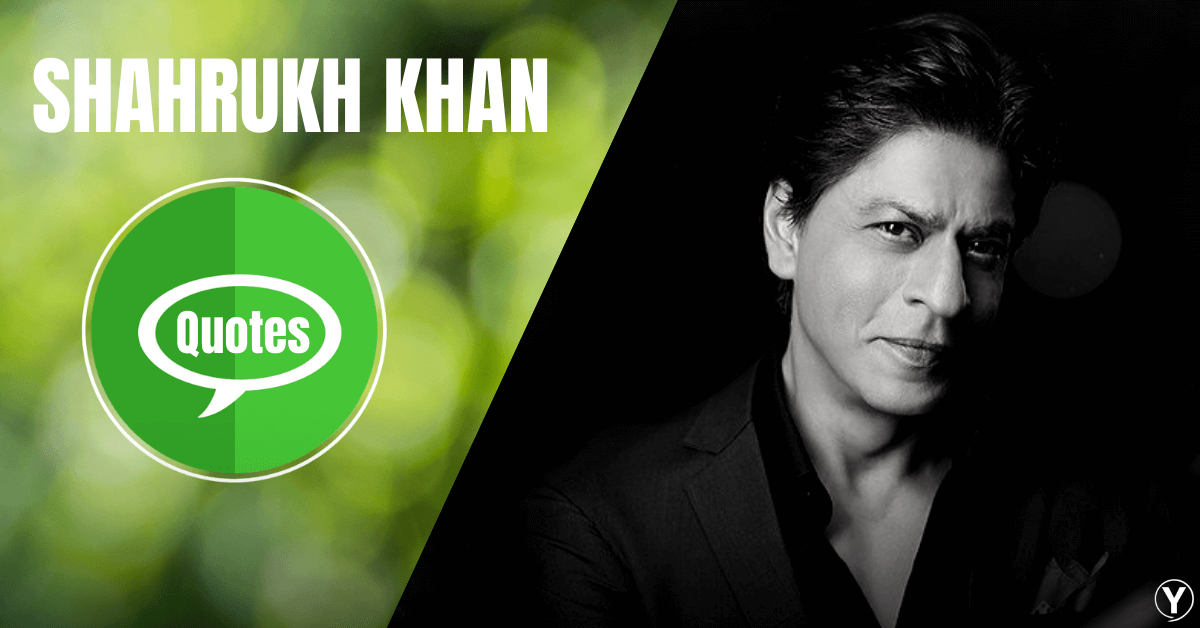 Shahrukh Khan – “The King of Bollywood”

Shahrukh Khan King Khan was born on 2nd November 1965 in New Delhi into a Muslim family. His father, Meer Taj Mohammed Khan, was an Indian independence activist in Peshawar, present-day Pakistan. His mother Lateef Fatima, was the daughter of a senior government engineer. Shahrukh lived a middle-class life in a rented apartment in Delhi. He attended St. Columba’s School in Central Delhi.

He was a bright academic as well as a non-academic student. He enrolled himself in Hansraj College for pursuing his graduation. He earned a Bachelor’s degree in Economics. Later he did his masters in Mass Communications from Jamia Milia Islamia. He then married to Gauri Khan on 25th October 1991. Now they are blessed with loving children, two sons Aryan & Abram and a daughter Suhana. 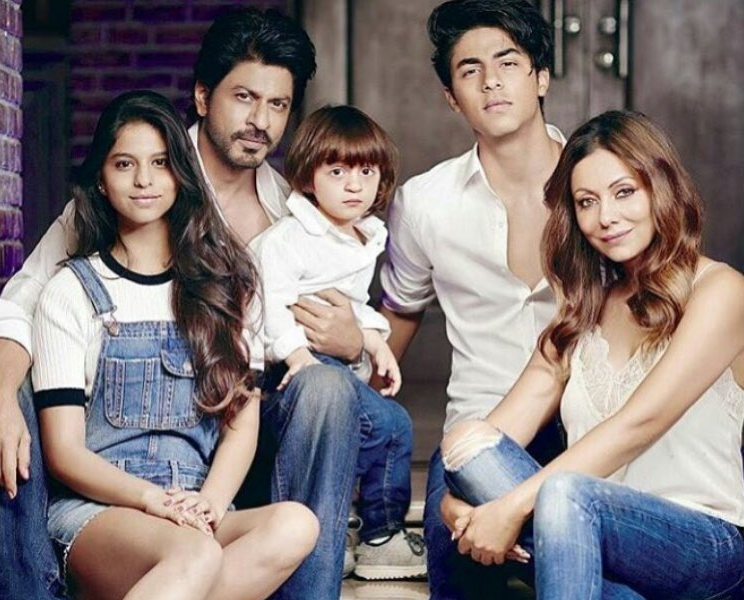 In the year 1988, Shahrukh Khan started his acting career from a TV serial Fauji. Then he eventually entered Bollywood and started his debut in films like Deewana, Baazigar, Darr, etc.

He has been seen in more than 80 Bollywood movies and has earned numerous awards & titles., including Filmfare Awards. Shahrukh Khan receives the Padma Shri award from Indian President Abdul Kalam and Ordre des Arts et des Lettres and The Légion d’honneur from the Government of France. In short, he is one of the most successful film stars in the whole world. 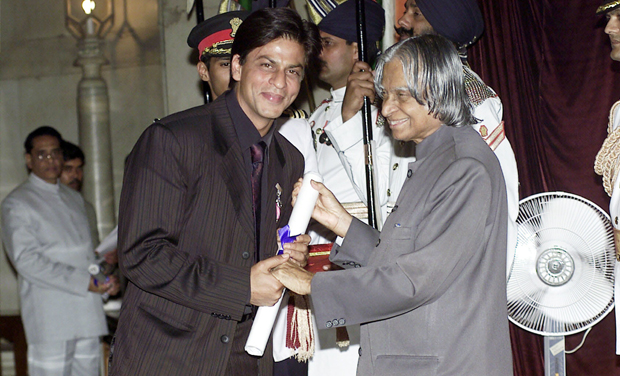 So if you are a huge fan of this attractive personality then have a look at Shahrukh Khan Quote about life.

“The only cure for failure at work is more work.”― Shah Rukh Khan 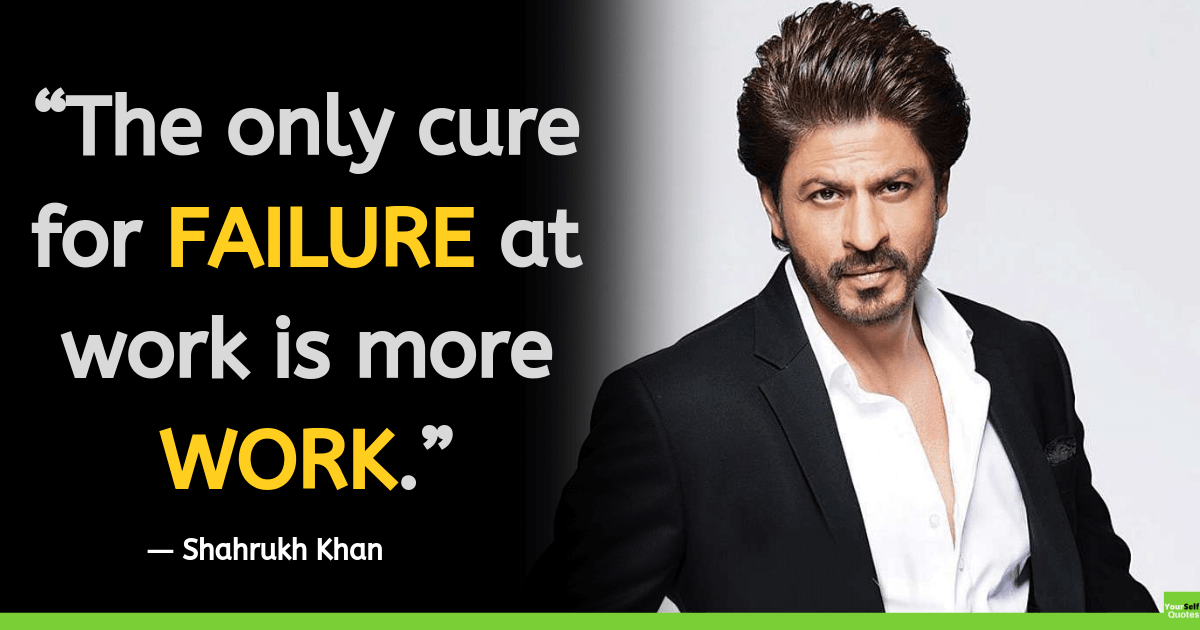 “Success is not a good teacher, failure makes you humble.” — Shahrukh Khan

“Losing is not option..I have decided not to lose my ability to make other smile.” ― Shahrukh Khan

“There is only one religion in the world – hard work.” ― Shahrukh Khan

“Very few people can turn their passion into their profession. I am one of those few lucky people.” ― Shahrukh Khan

“Whenever you’re feeling down..And I am not around let the sight of me be the reason you smile.”

“The dreams I chased took me on a journey, a journey more rewarding than the goals.” ― Shahrukh Khan

“I believe women are the most gentle, intelligent and sweet creatures ever created. Remember, there’s no life without woman.” ― Shahrukh Khan

“If you don’t like something don’t do it, and if you’re doing something then you better like it. It is as simple as that.” ― Shahrukh Khan

“Take your blessings for granted is the most ungracious stupidity, both in chess and life.” ― Shahrukh Khan

“Each time we face our fear, we gain strength, courage, and confidence in doing.” ― Shahrukh Khan

“Don’t become a philosopher before you become rich.” ― Shahrukh Khan

“Cinema in India is like brushing your teeth in the morning. You can’t escape it.” ― Shahrukh Khan

“It’s not necessary that the world will accept your creativity, but don’t give up on it.” ― Shahrukh Khan

“I don’t teach my children what is Hindu and what is Muslim.” ― Shahrukh Khan

“If you Believe in Yourself, Things Come True..” ― Shahrukh Khan

“There is no right time and right place for love… it can happen any time.” ― Shahrukh Khan

“Art is more important than the artist – have no attachment to your own art. It’s regression, move on.” ― Shahrukh Khan

“The mind is the seed of creativity but the heart is the soil. That seed cannot grow without an open heart.” ― Shahrukh Khan

The versatile actor in Bollywood town is none other than Shahrukh Khan. He had made a significant contribution in Indian Cinema.

Shahrukh Khan popularly known as SRK has appeared in many top films like “Dilwale Dulhaniya Le Jayenge”, “Darr”, “Baazigar”, “Kuch kuch hota hai”. and many more. Till date he has owned many awards & titles for his magnificent performance in Bollywood industry.

I hope you are amused by knowing this awesome personality. If you want to become a one like SRK, then do share these passionate Quotes by Shahrukh Khan.

This website uses cookies to improve your experience while you navigate through the website. Out of these cookies, the cookies that are categorized as necessary are stored on your browser as they are essential for the working of basic functionalities of the website. We also use third-party cookies that help us analyze and understand how you use this website. These cookies will be stored in your browser only with your consent. You also have the option to opt-out of these cookies. But opting out of some of these cookies may have an effect on your browsing experience.
Necessary Always Enabled
Necessary cookies are absolutely essential for the website to function properly. This category only includes cookies that ensures basic functionalities and security features of the website. These cookies do not store any personal information.
Non-necessary
Any cookies that may not be particularly necessary for the website to function and is used specifically to collect user personal data via analytics, ads, other embedded contents are termed as non-necessary cookies. It is mandatory to procure user consent prior to running these cookies on your website.
SAVE & ACCEPT
2 Shares
Copy link
CopyCopied
Powered by Social Snap